Misery from the fans for the fans

Mörk Borg was one of the most stylish pen & paper RPGs ever released and it’s also has one of the most generous licenses for fan material out there. Anyone can produce and sell material for Mörk Borg as long as they don’t try to claim to be affiliated with the original authors. Fans have also been allowed to submit their own material to Ockult Örtmästare and Stockholm Kartell and they’ve been showcasing some of the best things on their website.

Mörk Borg Cult: Feretory is a collection of fan made material that have been edited, proofread and given artwork. Some of the material can be found for free on the Mörk Borg website, while other things are new to this book. There’s also a few new things by the games original author. 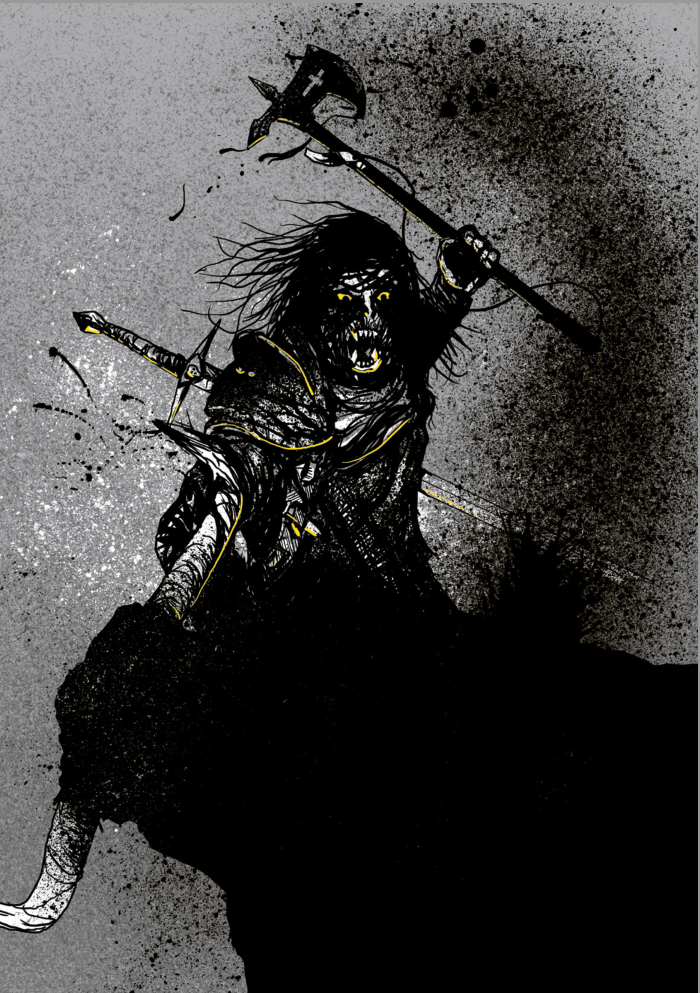 Cult: Feretory is a compilation of material for Mörk Borg and thus it contains a lot of disparate things. You’ve got rules for traveling the land and how to find food, new adventures for players to undertake, new classes, a monster generator, more items and a whole lot more. There’s no real theme running through the book, other than of course what you would find in Mörk Borg itself.

People who enjoyed the weird style of the core game might be a bit disappointed with this book, as it’s far more conventional looking. The art in it is still very good and it sticks to the colour palette of the core game, but you no longer have the weird mix of fonts, art that encroaches on the text and so on. Instead the text and art is separated. There’s also more text compared to the amount of art. This makes it far easier to read, but it also loses some of its personality.

When reading the book you can tell that it was written by different authors who have their own style and vision of the games work, but there’s nothing that really clashes. All the things that are in the book fits in with the world itself, as presented in the core game, and its dark and oppressive tone.

The book starts with a monster generator, that can create some truly disgusting creatures. This is great for a GM who wants to throw something unexpected at their players. This works similarly to the adventure generator from the core book, and you can pretty much use these new monsters as is after generating them.

This is followed by two articles that can make traveling more interesting. The first one is about traveling itself, what mishaps might happen along the way, what might happen if the players need to forage for food and how long it takes to go from one place to another. The other one gives you rules for hunting and what nasty things lurk in the wilderness of each of the games regions. The random encounters here are new creatures, 54 in total, and the vast majority have complete stats, so this section also acts as a kind of bestiary.

This is then followed by two adventures, The Death Ziggurat and the Goblin Grinder. The first has the players investigate how and why a daemon was able to escape from its prison and is the more involved of the two as the players need to explore not just the Ziggurat itself, but also the area surrounding it. It contains some suitably nasty beasties that could easily be worked into another adventure. The second one, The Goblin Grinder, is a more conventional one and you can run it as a short dungeon crawl or fit it into a larger adventure. Here the players need to figure out how to stop the dreaded Goblin curse (goblins are particularly nasty in Mörk Borg, as they spread a curse that turn people into goblins). 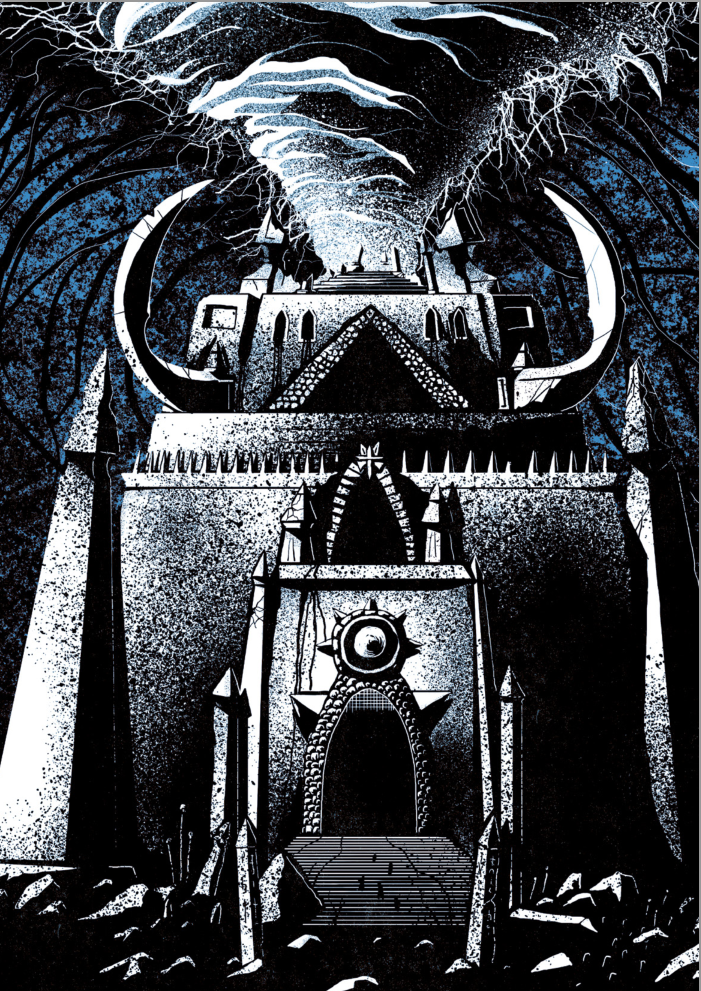 Then there’s the new items. There’s a random item table that can easily be used as a loot table for when the GM wants the players to find some small item but they don’t know exactly what. Many of the items on the table are completely useless, like a few bad apples, some are unsettling, like a child-sized iron maiden and some could potentially be a nice find, like a chainmail, still worn by its now dead owner. Apart from these minor items there are also 36 artifacts, more powerful items that players can find or be subjected to. Like everything else in Mörk Borg these items tend to be twisted mockeries of the kind of treasures you would find in other fantasy RPGs. Like a javelin that will draw a lightning bolt towards whoever it hits, but a careless owner might end up hurting themselves or someone nearby, or a thing you place on your forehead that allows you to see how people who traveled a place before you met their unfortunate end, which is useful for detecting traps, but with the amount of misery and death that the world is filled by it can also make just traveling harder as the wearer will constantly be subjected to visions of how people died.

If the players ever visit an inn, and they probably will because sleeping outdoors is not a good idea, there’s rules for making that more interesting, including gambling, the innkeepers dark secrets and what food they could possibly serve.

The four new classes are likely to be the part of this book that will see the most use. They include a shapeshifter who’s soul shares the body of another creature, the pale one, a creature that does not belong in this world but somehow was dragged into it, the dead god’s prophet, someone who can constantly hear the words of a long dead god and finally there’s the forlorn philosopher, who’s the most conventional of the new classes, but get to use the new type of powers that are found in this book. All of these are fittingly creepy, but with the exception of the philosopher, they might be a bit harder to work into a group than the ones from the base game as they are weirder and more extreme.

Finally the book brings a new set of powers, the Tablet of Ochre Obscurity. These work similarly to the scrolls found in the main book, but are focused on manipulating mater or essence. The tablets they’re written on are also fragile and a critical miss will break one of your tablets. The powers themselves are interesting though and fit in well with what’s found on the unclean and sacred scrolls.

It’s hard to give any coherent summary of what’s in this book, because it is in reality just a collection of different articles that lands somewhere between a fanzine and an official supplement. I have to admit that I was a bit disappointed with this book, not because anything in it was bad, but because I was hoping to see more of the insane art and layout found in the main game, but this book is a lot more conventional. It’s not ugly looking, the artists still did a good job, and it’s far easier to read, but it still feels like something was lost here.

As for the articles themselves, they’re useful. There’s a good amount of variety and with the exception of the adventures, most of it can easily be used in almost any game of Mörk Borg, without them adding too much crunch to it, and while I would not go so far as to say that every owner of Mörk Borg needs this book, it’s still a book that’s worth getting.