A reasonably well done old-school FPS that cleverly introduces new-gen technology without losing the authentic feeling. FPS fans will feel at home with it, despite some flaws.

Perilous Warp (PW) is an old-school FPS set about halfway into the 21st century. After a meteorite impact, mankind discovered a previously unknown substance: Crysterite – it can be used to achieve faster-than-light space travel and even teleportation. A mission to find larger quantities of it succeeds, and a mining base is established on a remote planet. At some point though, all contact with the facility is lost: a lone elite Marine is sent in to make things right and recover a vital prototype device.

Old school and new blood
At the core PW delivers a gameplay strongly influenced by the classics of this genre, in particular Quake 2 if I have to mention one, due to the slower pacing of combat compared to other, more frenetic titles. Instead of strafe-fests against dozens of enemies, this title mostly proposes cramped, even slightly tactical shootouts against lethal, near-hitscan ranged enemies and bests alike. It’s well done, satisfying and coupled with visuals that merge modern graphical techniques with an old-school design. Permanent corpses, mutilations, physics and advanced lighting create a very good atmosphere.

More than raw strength
Level design is of high quality: while not proposing overly expansive environments and vertical layouts, it still fully conveys all the elements that make the genre great. Each stage has at least one puzzle to solve in order to progress – which often entails finding keys or activating devices to progress. Secrets are really hard to find, well hidden and integral to the experience as they can give decisive advantages. Lore files in the form of Datacubes are a good moment of respite, giving info about past events, the setting, and also give subtle hints to find secrets or avoid enemy ambushes.

The alchemy of balance
Except a few cases, PW is balanced very well across the board in its various difficulties. Medium gives an already solid challenge for most players, while Hard expects one to basically never miss a shot, make all the right moves and find most secrets – or otherwise run out of supplies and die. The highest difficulty is, on purpose, calibrated for a near-flawless playthrough and will definitely be the joy of the most hardcore players. 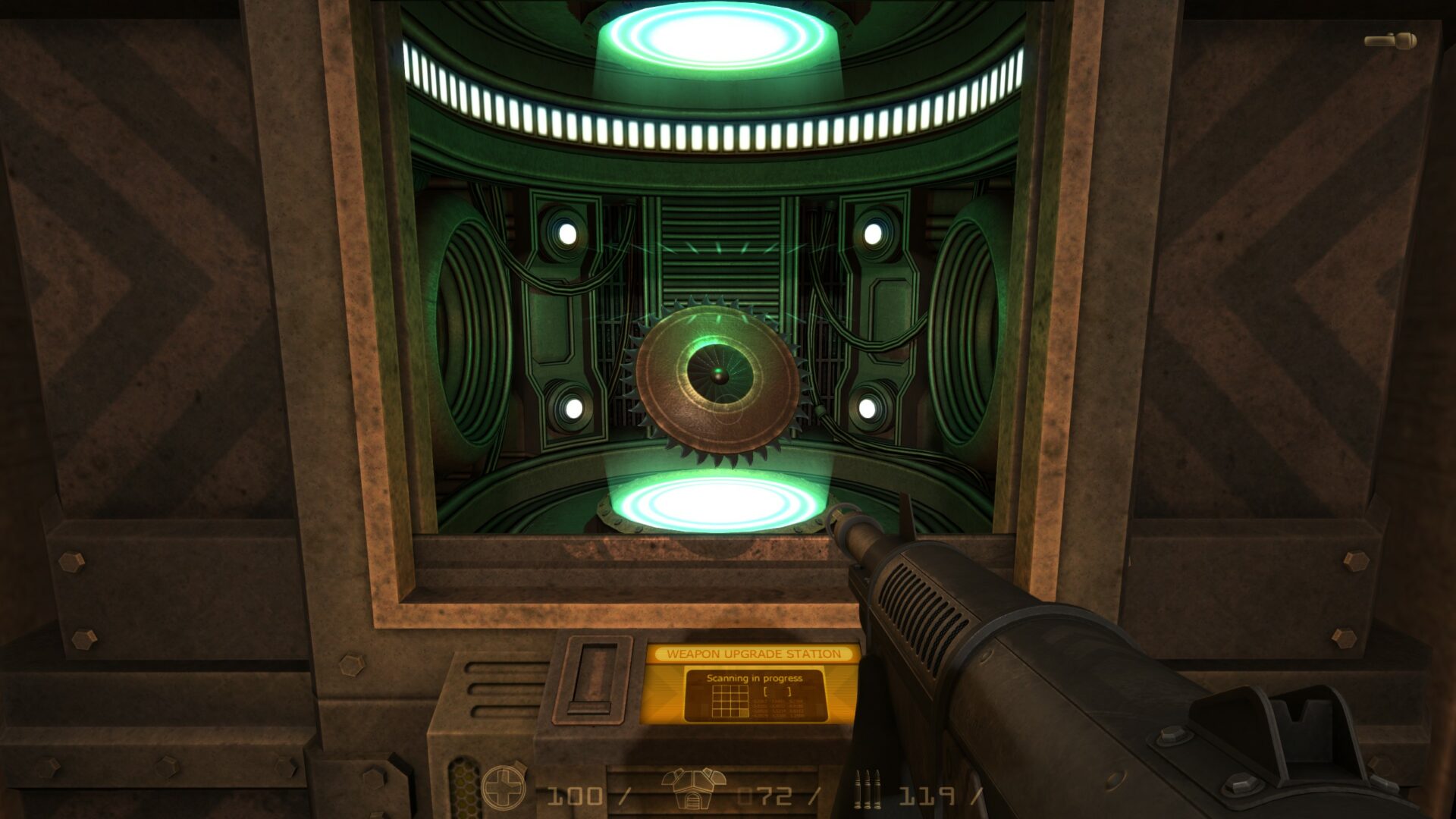 That was all folks!
Perilous Warp is a very short game. It takes a few hours hours to complete it, that is if one takes time to explore, find secrets and secondary paths that is. In case of “rushing” and/or lower difficulties, could be even less. Considering the base price of 12,50€ and virtually no replay value, that is quite steep, but partially mitigated by the good content quality delivered.

Cheap tricks
While reasonably fair and balanced for the most part, this title also resorts to outright cheap tricks to increase difficulty in some sections. For instance, it has the bad habit of spawning enemies a few inches from the player’s face, without cover, often turning the latter into mincemeat in case of Elite variants: their near-hitscan shots and huge power show no mercy (especially on Hard). Similar situations are uncommon but not unheard, and can definitely be annoying, feel cheap. 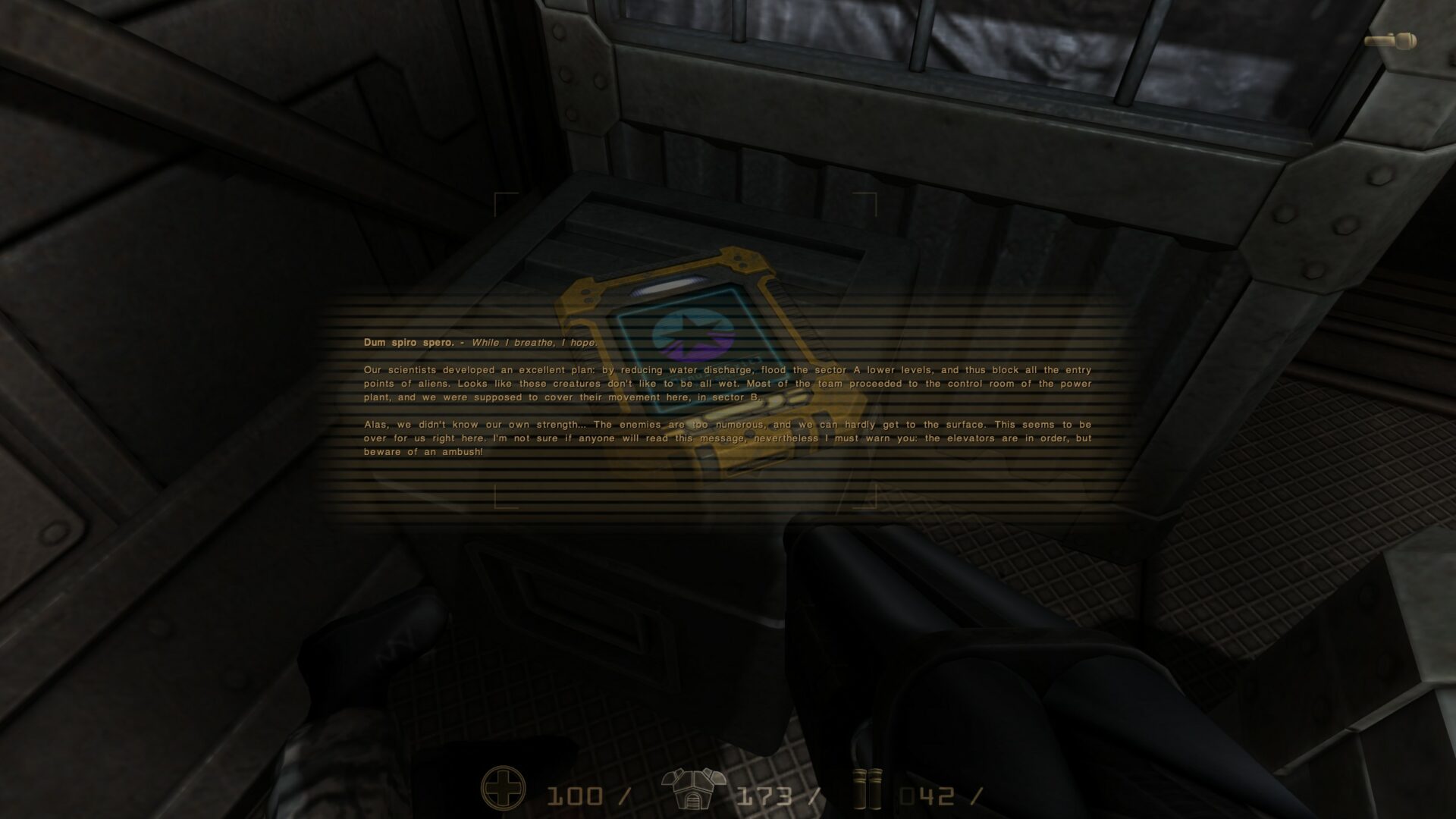 Exploration
Is performed on foot, across mostly cramped environments such as hallways, hangars, ducts and sewers. There occasionally are more open areas but that’s not the trend. While exploring, it is fundamental to keep an eye out for supplies to keep one alive and spewing out bullets.

There are multiple secrets per level, but instead of the more common “secret walls” like those of DOOM for instance, here secrets are more like little hidden pieces of loot in remote corners or alternate paths. There is no map or markers, so players need to figure the way on their own, which isn’t always easy. The presence of secondary paths that often house upgrade stations or other very worthy items expands upon complexity, and makes it worth to go out of one’s way to find what lies ahead.

Combat
Is the main part of gameplay and is performed in first person. The arsenal is not overly wide, as it sports about 7 weapons in total – each of them however is well-characterized and five of them can be upgraded to add a secondary fire function. Using the right weapon for the right enemy or situation proves invaluable: cramped corridors may be perfect for ricocheting sawblades, while distant enemies are better for the assault rifle. Foes are either soldiers using various weapons or mutated animals. The former use either really hard-to-dodge laser guns or devastating rocket launchers, while the latter resort to melee.

The fact most enemies can be mutilated to actually disarm or incapacitate them is a really cool feature that however doesn’t really see much use in combat at all, except for the random chance when it “just happens”. The combat proposed here is about being careful, precise and efficient about ammo – more than running around like a madman dodging millions of shots, that’s not a bad thing. Really reminds of Quake 2.

Puzzles
Are often about finding the right key or button to open a door, or activate a device in order to progress. Some levels do have a much more complex layout then others, and at times it may be a little unintuitive to figure out what to do next. Datacubes though can help with that if read and interpreted correctly. Ultimately no puzzle is very hard or complex and that’s how it should be since this is a Classic FPS after all. 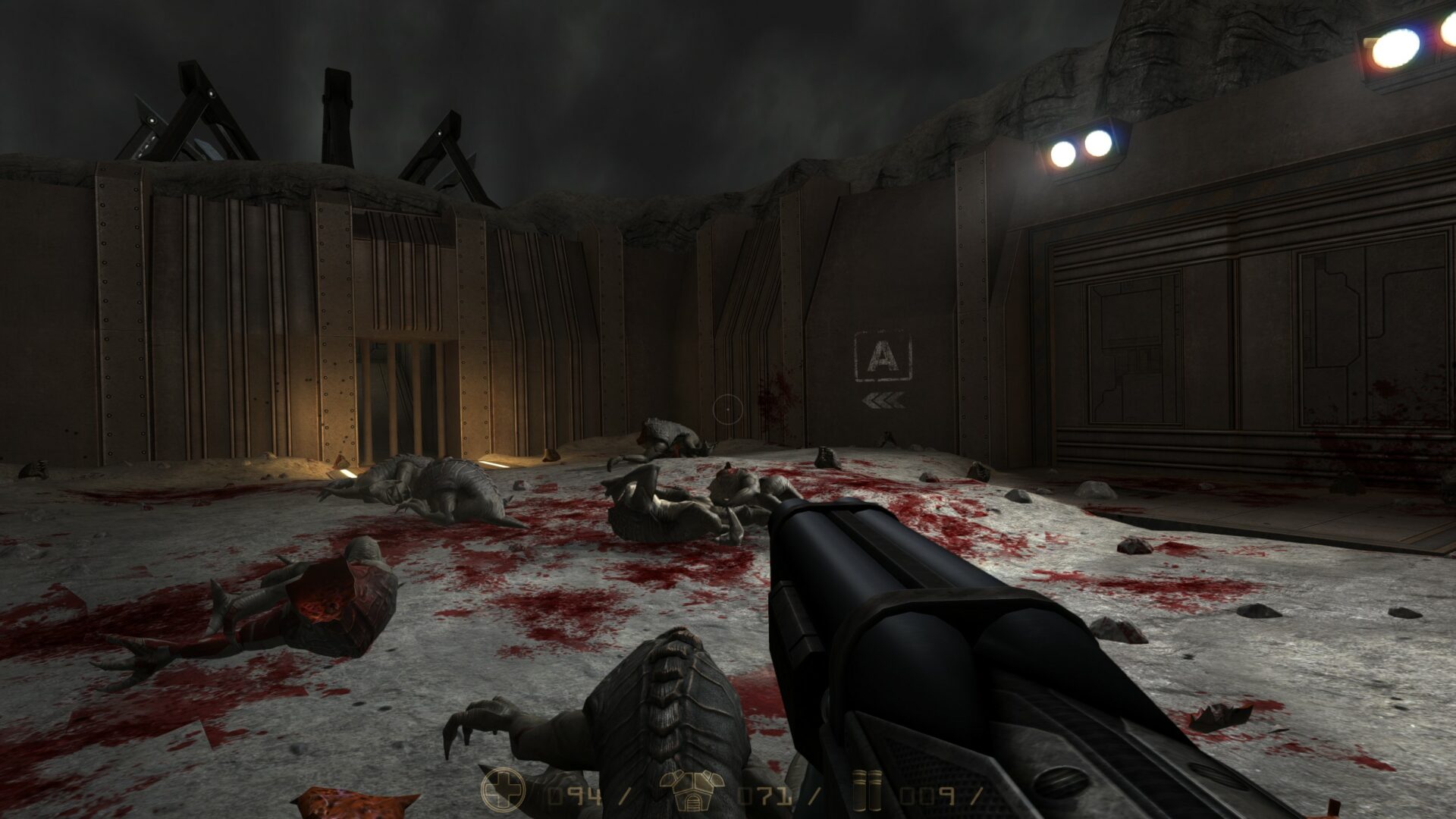 Perilous Warp is a good old-school FPS that delivers a more slow-paced experience, which is not a bad thing at all. Its world building, attention to detail and solid challenge will certainly capture the attention of old-school veterans and FPS novices alike. The very short duration and some cheap tricks it uses to create difficulty however draw it back quite a bit as well. Still, ultimately, a game worth being played.