REVIEW: King of the Cul-De-Sac

All the charm of childhood in a short, bite-sized package.

Did you grow up with an older brother? I didn’t. Well, not technically. My step brother and I were close enough in age to be considered twins, rather than being treated as an older and younger sibling. That being said, I didn’t exactly have high older sibling standards to be held to. I set the standard, rather than trying to live up to and move out of an older brother’s shadow.

This game allows us, for a moment, to step into the shoes of a girl doing her best to live up to an older sibling that everyone seems to love. It seems tricky to try to define yourself outside of a beloved person you’re related to, even as light-hearted as the game is. I feel for Karah, and admittedly got into similar strange, face-punching scenarios in my youth. 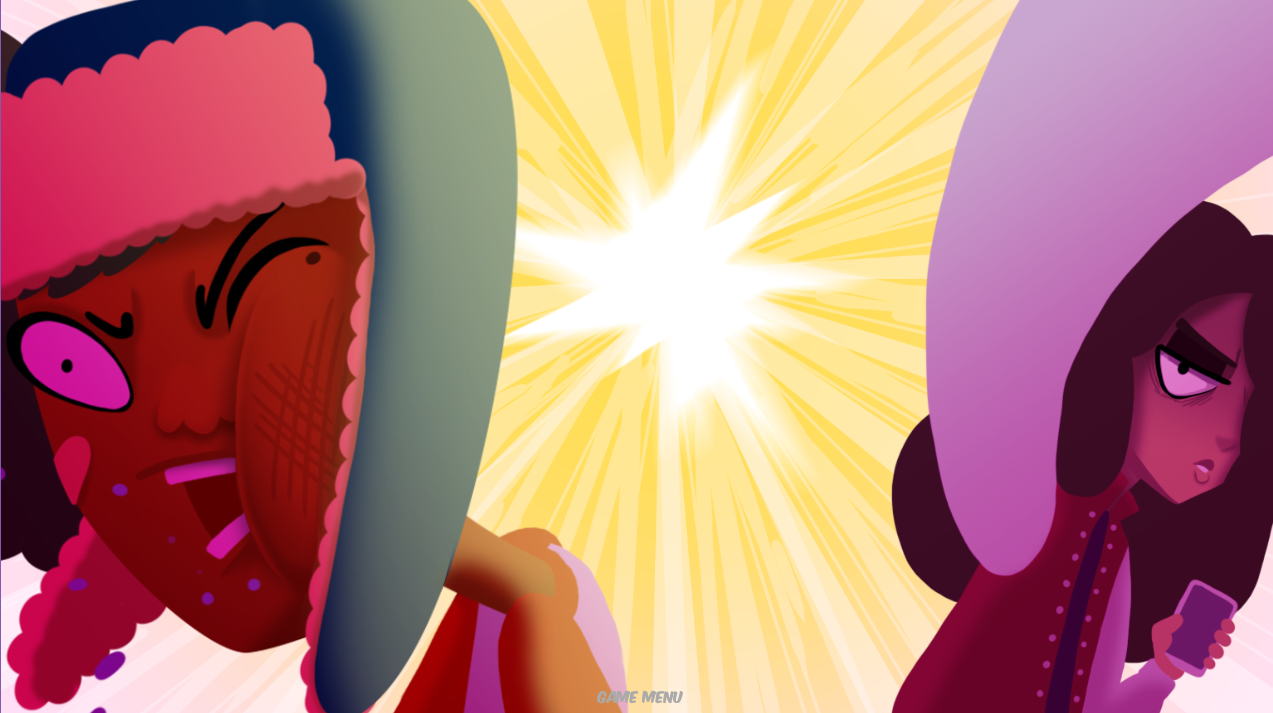 I am not sure how old the characters are in King of the Cul-De-Sac. The main character can’t be much older than in her early teens, somewhere between 11-14. Personally, I remember these years being pretty bleak in terms of self-confidence, and I feel like the characterization of the main player character- Karah- is a testament to this. Your main motivation as Karah to snatch a crown to dub yourself the titular King of the Cul-De-Sac because your brother is going off to college and can’t protect you anymore. Apparently, he was once a really kind and competent king, and there’s tons of people vying to become as strong as he was.

It’s worth mentioning the game has six endings (though technically seven if you count an extra little secret at the end.) Technically, there are three major paths you can take at the very beginning of the game that starts to cement what sort of king you’re going to be to your cul-de-sac-ians, a term I just coined. Karah is best in my opinion when she’s played as a stubborn girl seeking ways to be kind to her friends, even if she has negative history with them.
Admittedly, it’s unclear how much of the supernatural stuff that happens in game is real, or just a figment of children’s imagination. Personally, I love the idea of all of this being a genuine fantastic aspect to the world that adults also live with and have to work around. A kid gets a crown and gets to magically make unicorns appear? That’s just another Wednesday afternoon. 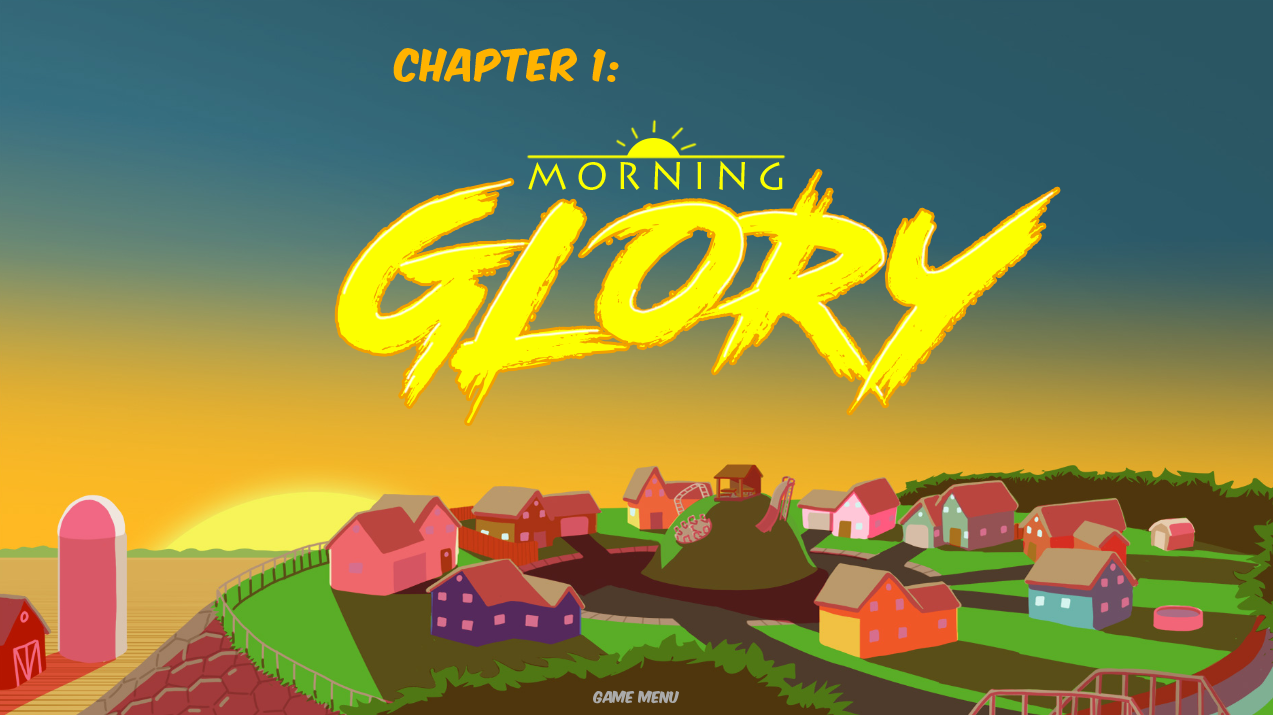 As a narrative driven game, all of King of the Cul-De-Sac is played by clicking. Click the right side of the screen and the story progresses. Click the left side and the story back-tracks, to the point of even letting you rechoose if you regret a decision you’ve made. That’s not to say the entire game plays out as a visual novel only. There’s various mini-games present, and a few “boss” battles you get to play that really mimic the styles of other games. You like Pokémon? It emulates that. You wanna button mash to ride your bike? The game has you covered. 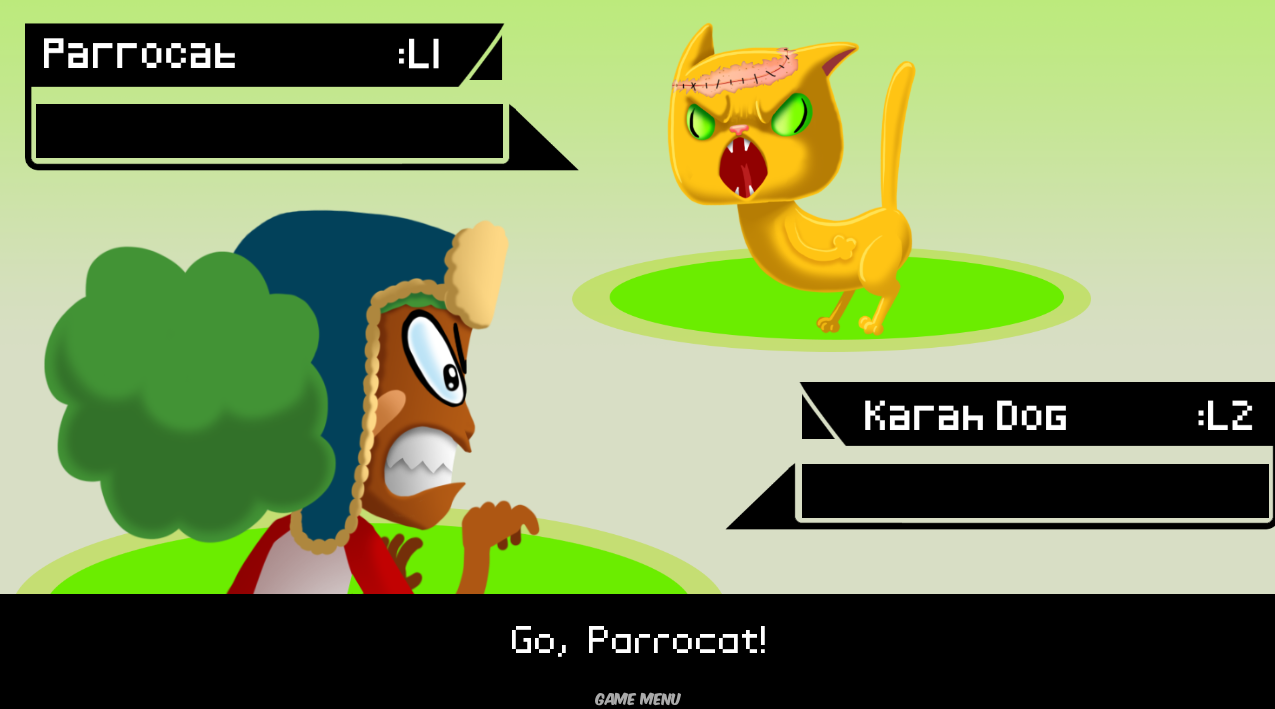 Honestly, my favourite aspect of gameplay came in after I beat my second playthrough. Once you get further along, the game starts to highlight choices you haven’t picked yet in pink. This makes it so much easier to pick the paths that will lead you to that 100% completion in all categories, and the “secret” ending that follows. 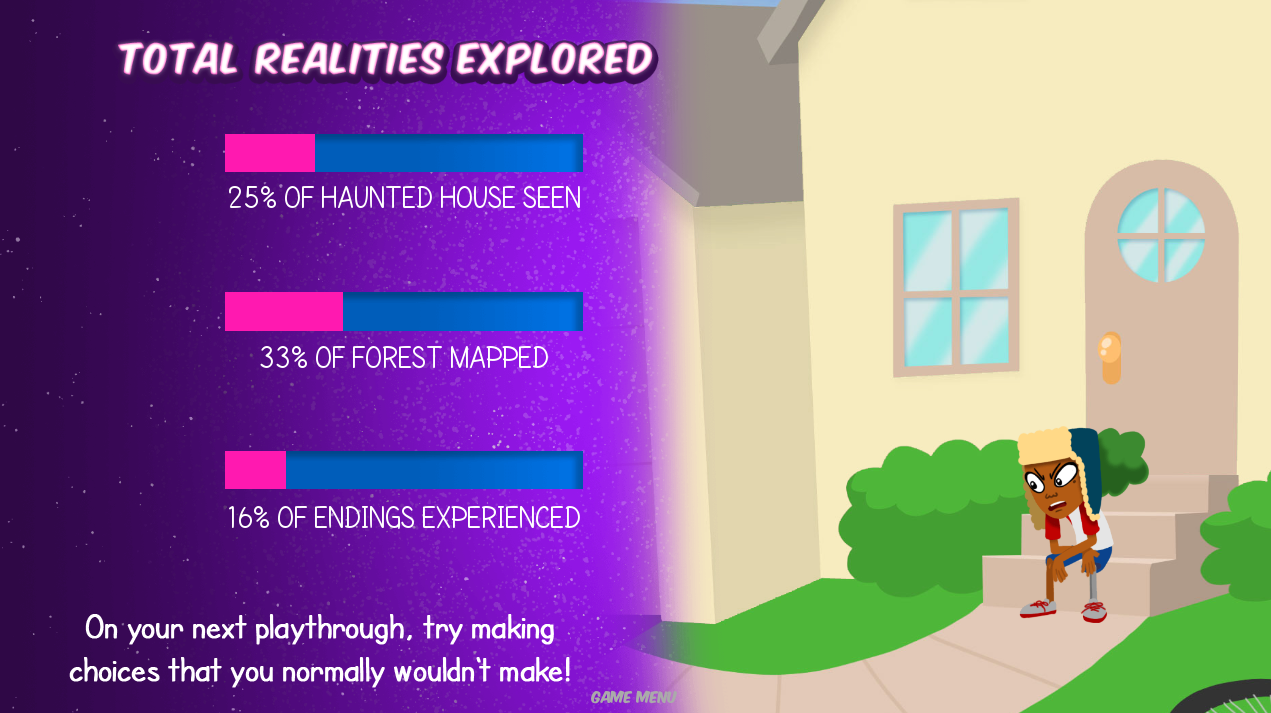 If you’re writing a visual novel or trying to sell or create an engaging narrative game, visuals can be important. The graphics in this game are so bright, so consistently colourful, and so adorable in each frame that I found myself pausing from screen to screen just to take the setting in. There’s something about the highly stylized character models that really makes each individual stand out.

Rosa, the girl punching Karah in the image above is my favourite. Y’know, if you were wondering.

I would love more time with these characters and I would love it soon. The game really is genuinely such a lovely little series of short stories that interconnect and made me so interested in a few characters. Where do they go from here? How do they grow up? Do they stay friends? It plays quick- I think I got through it in about two hours- and is free to play on Steam. So, go play it!