I just wanted to catch a butterfly…

Projection: First Light follows a little girl named Greta that lives in a shadow puppet world. The story is told without dialogue and all you have left is context with some conversations being conveyed with pixtures. We join Greta on a day when she spots a butterfly that is emitting light and Greta can’t help but to try and catch it. As she’s chasing after it, she manages to break or crash everything she comes across. This ultimately causes the owners to become mad at her and going to her parents, causing Greta to be grounded once she comes back home with the butterfly trapped within a jar. In frustration, she accidentally breaks the butterfly’s jar and after realizing that there is a secret passageway, decides to run away. This then starts the journey though five different countries, Indonesia, China, Turkey, Greece, and England, as she takes control of a glowing ball of light. 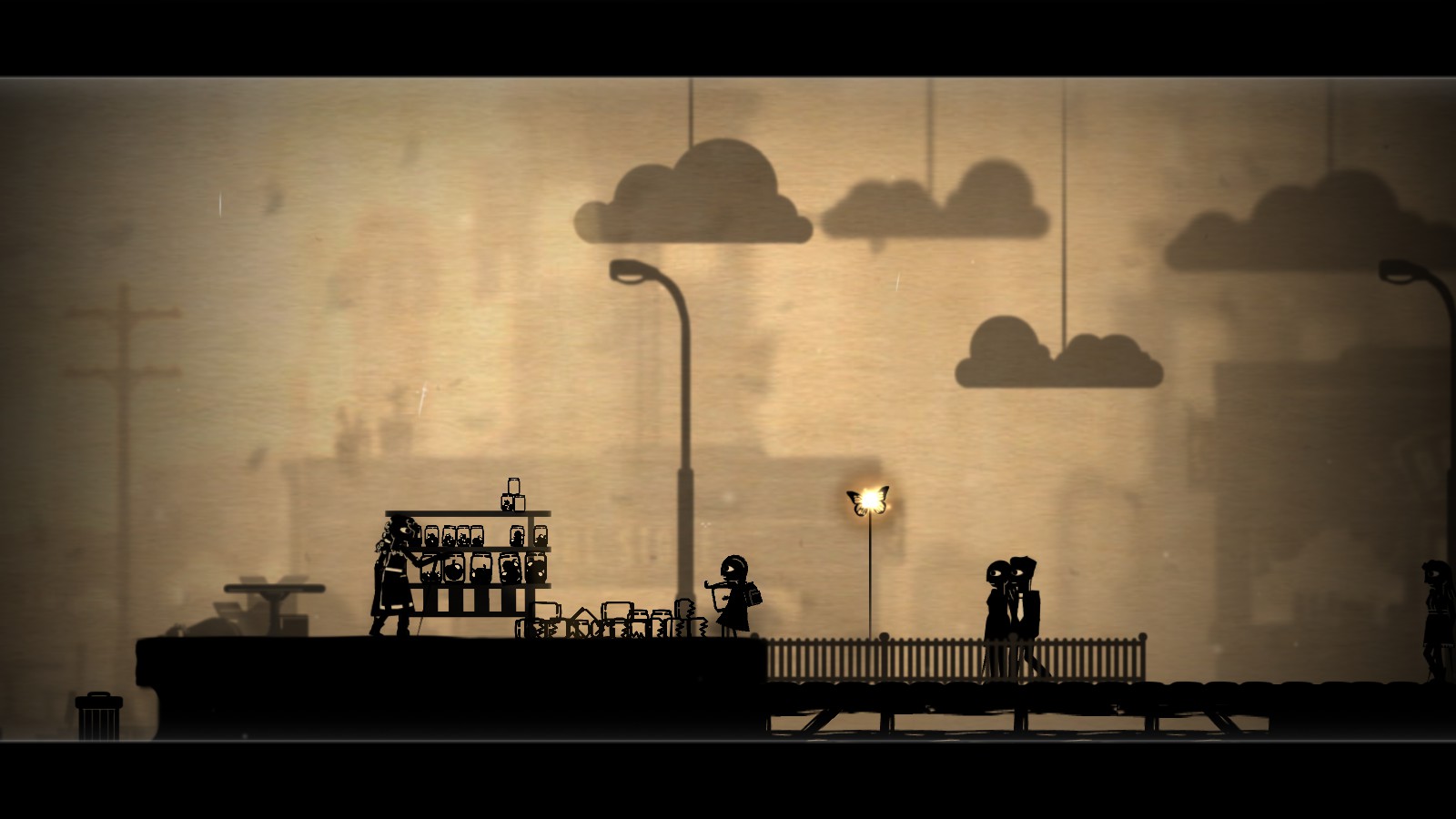 Projection: First Light is a simple, but unique platformer. Greta can’t jump high and she’s not that good at pulling herself up, so she relies on a glowing ball of light to aid her. How so? By positioning the light to where it will cast a shadow for her to use as a ramp for her to walk on. Though, there are also situations when you’ll need to cast a shadow below her, blooming her upwards, or try to make the shadow shallow enough for Greta to not slide off, but long enough for her to reach with a jump. Any piece of land or object in the foreground that is black can cast a shadow, but those that are more grey that Greta can still run into can’t so you’ll also need to work around those situations (which most of the time isn’t that bad). In addition, you can use shadows to move objects to pressure plates or block them from hitting Greta. If you do get Greta to fall or have something hit her head, the game is forgiving and will put you back on solid ground right before where you died. As you continue through the different countries, more mechanics are also added in. You start getting lanterns to light in cases where you need shadows casted in multiple areas, blocks that blow air, and time sensitive puzzles to name a few. 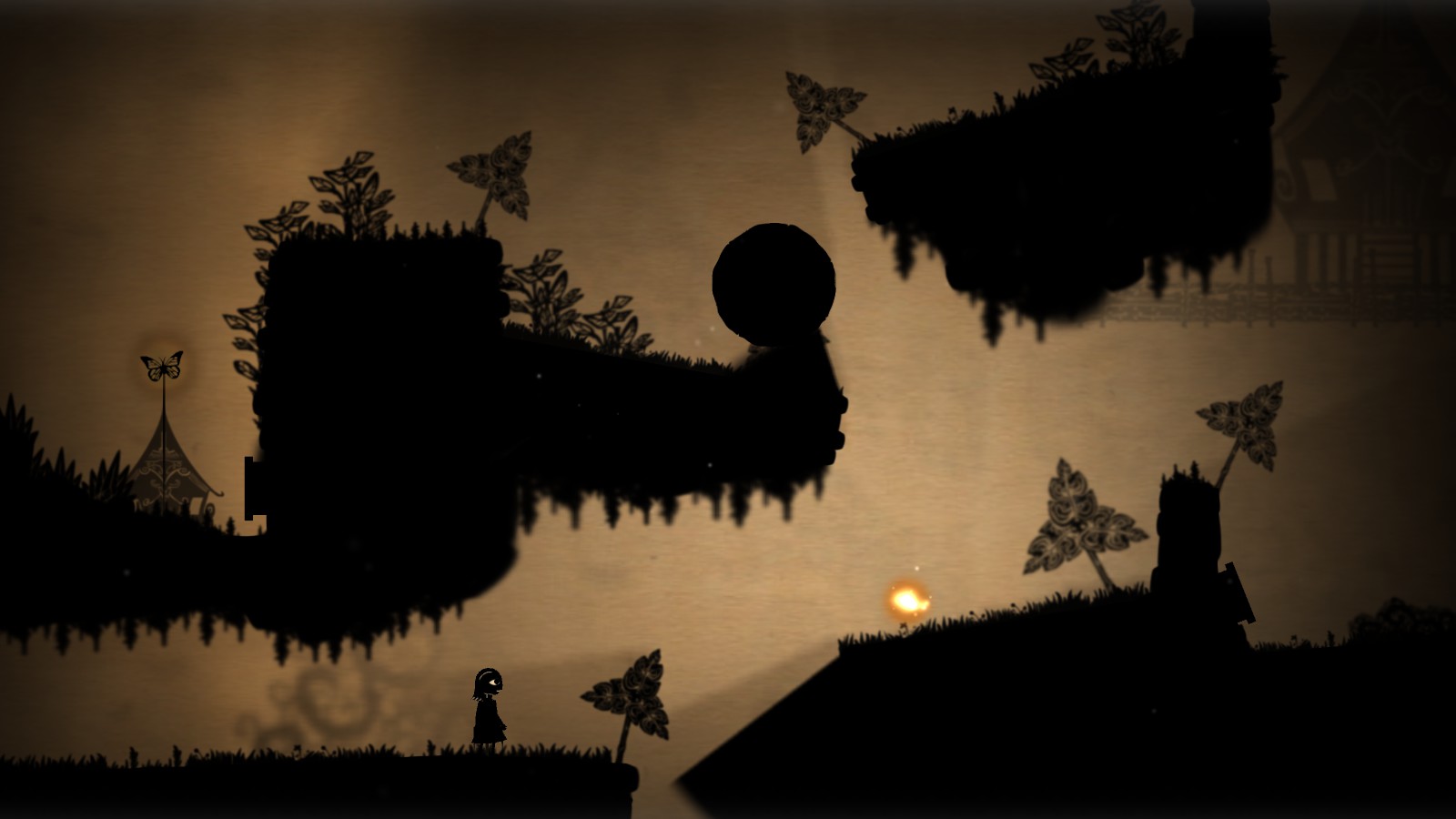 There are also a collectible in the form of butterflies that Greta collects once she comes into contact with them. Butterflies are scattered through most of the levels with some being easily visible requiring you to figure out how to cast the shadows so Greta can get up there while others hidden. If you think you can get Greta up to a platform you probably can. Some are even placed on a fork in the road, which you may or may not go down if you think it leads to the next level or not. However, you won’t know if you found all of them unless you’re on the level select screen.

I did encounter a couple problems though that did bring down my enjoyment. If you cast a shadow too fast under Greta so she will be raised up, her feet will often be caught in the shadow so she couldn’t move until you move it back down. There were also times where the camera didn’t follow Greta and lingered on the room she just left (even after I stopped her as the camera doesn’t move unless she’s stationary). Later on, I also encountered a problem where Greta will pick up an invisible object and even worse, Greta melting into the shadow making her stuck in the scenery or in an area that I wasn’t supposed to go. Or even an object that is needed to continue clipping through and you can’t get it to clip back to where it should be. All of these require you to back out into the main menu and back in which will make you lose your place and restart the level. Luckily, these mainly happening at the beginning of a level, but it is frustrating having to redo a level when it happens some ways in.

In terms of whether or not the dialogue-less story telling worked, mostly. The main story of Greta running away is the easiest to follow, but the stories told within each country can be hard to follow at times as it can just be silent talking. The main factor is whether or not you recognize what legend is being retold (like the easily recognizable Monkey King), but there is enough to follow when it’s important. 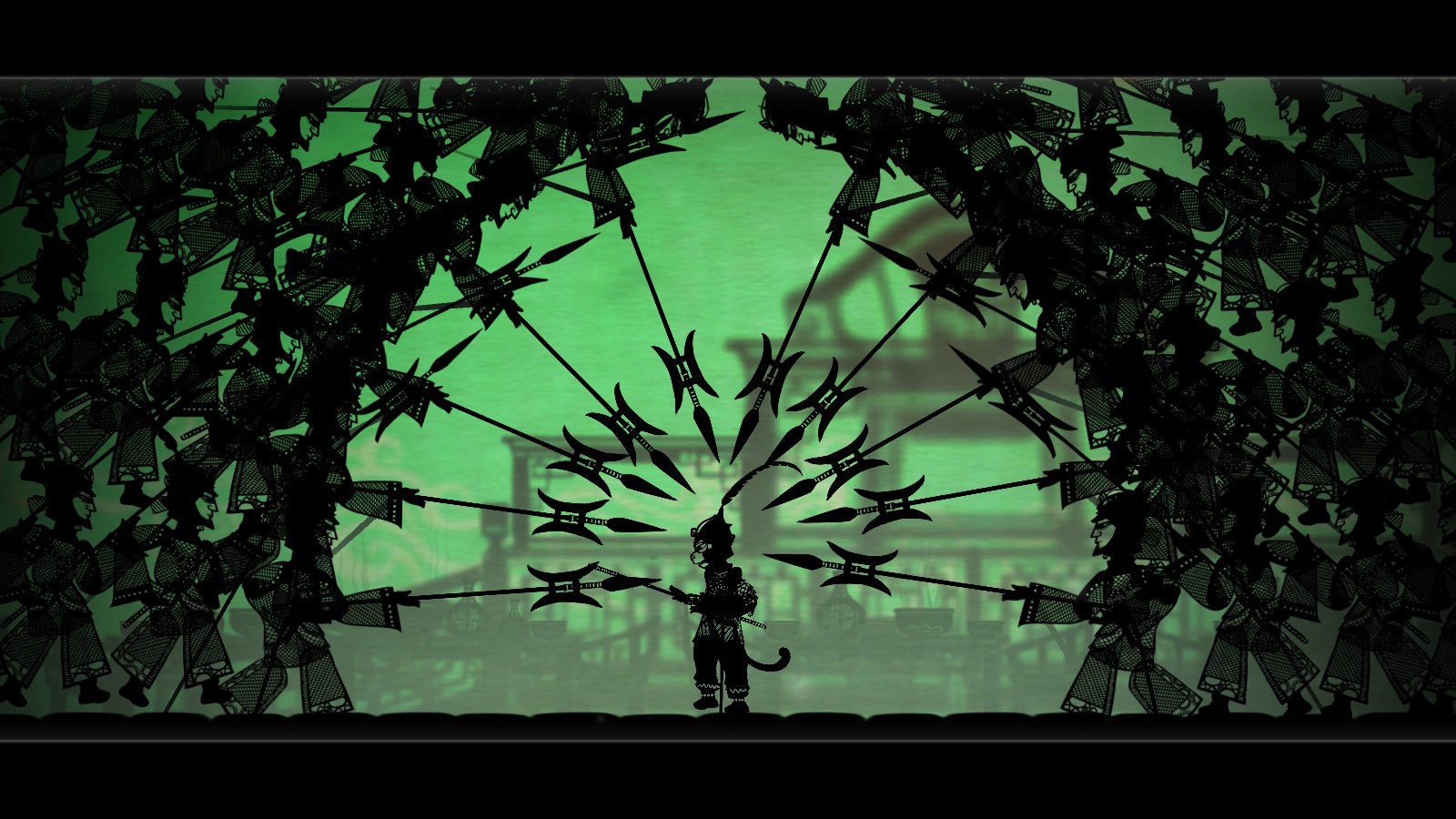 Projection: First Light, although charming, is an okay game. I love the shadow puppet aesthetic used and there are parts where the game shines, like when Greta travels between countries or when the individual stories ramp up, but there are frustrations with the shadow mechanic that brings it down. So I only recommend picking this up if you won’t mind any problems that you might run into. If you do pick this up, I do recommend not trying to play this all in one go as it’s a game where you will probably need to take a break from every so often.