Rules are for losers, everyone dies today!

You always hear about the fun workers have in the various afterlives, but you never get to know the dreaded paperwork involved. Death and Taxes, like the name suggests, deals with just that. You take the role of a newly formed Grim Reaper who doesn’t go out to reap the souls themselves, no no, you do it by sitting behind a desk. 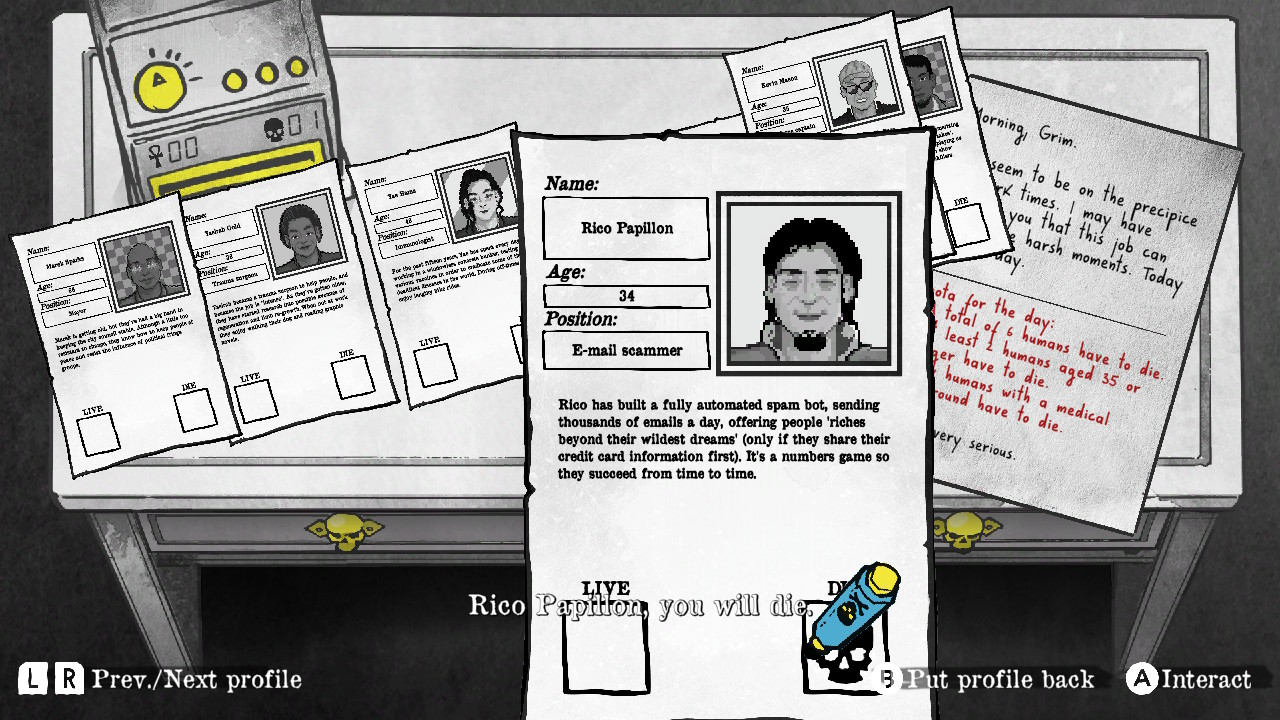 Over the course of a month, or 28 days, you’ll be working a desk job. Though at least you’ll be deciding which humans will live and who will die and not some other more boring division like plants (I can only imagine the amount of profiles that is just grass). Every day, you’ll arrive at your desk with some profiles freshly warm from the fax machine. You’ll need to read everyone’s profiles and decide if they deserve to keep living solely based on their actions until now. Someone may be someone that has been stealing money without anyone realizing it yet; someone that is just living a typical life and thus makes your decision harder as they don’t necessarily deserve to die but it’s either them or some other good soul; or someone that is actively trying to make the world a better place. Either way, your choice does affect Earth by the four hidden stats (environment, peace, health, wealth) and your phone does get you a snapshot on what’s happening on Earth. It’s mainly giving you a quick detail on how the people died or survived, but there are humans that are standouts as they are a part of a subplot. It’s also worth noting that once you put your pen to the paper, you can’t take it back. Accidentally checked that doctor for death and not that embezzler? Touch luck. 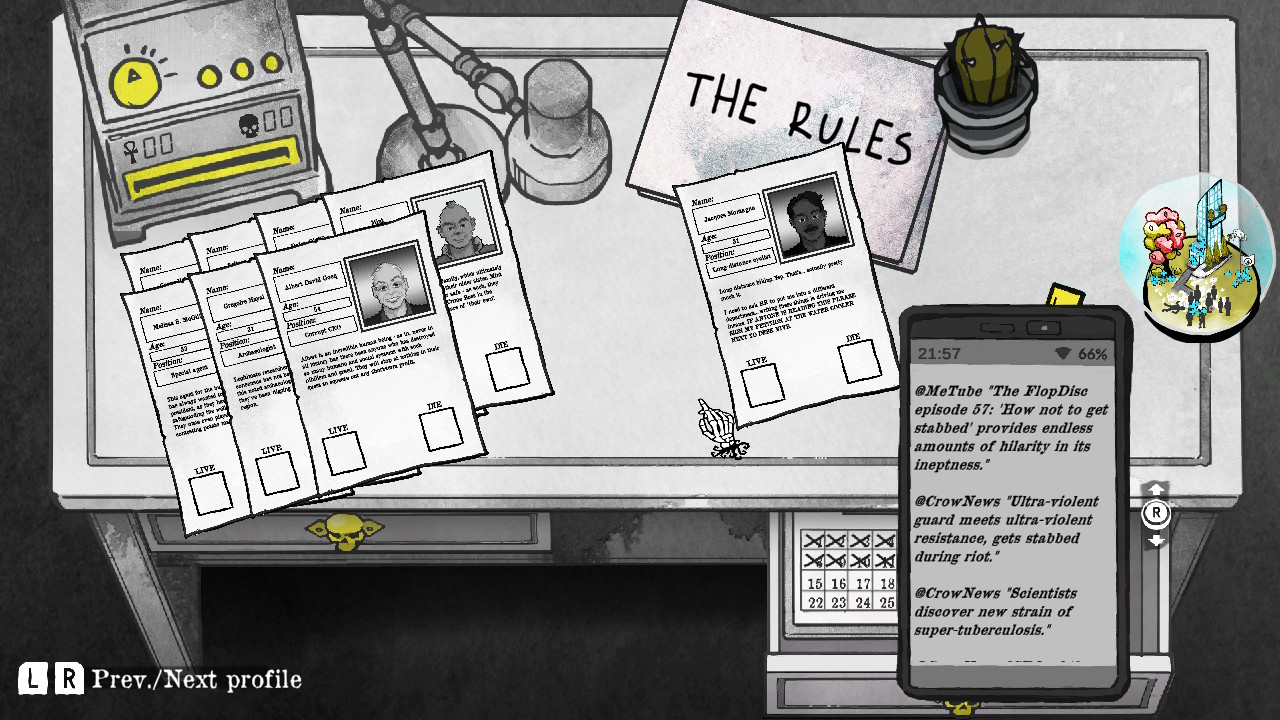 However, you can’t just choose haphazardly as you do receive a daily quota from Fate and you report to him at the end of the day. While you can stray away from it, as you just need to do the primary quota and the others, you do get reprimanded, don’t get paid, and get fired if you keep at it. Though, you do get a bonus if you do go along with the secondary quota.

Aside from your room, Fate’s Office, and your workspace, you can also visit Mortimer’s shop. Here you can buy costumes, a mirror that lets you change your appearance and may or may not come with a voice, and various widgets to put on your desk that can range from being just for fun, playing a part in the story, or being helpful. To help you out, you can buy a one time eraser to erase a mistake (it does respawn in the shop, but with a higher price), a calendar so you can see what day you’re on (without keeping track yourself or exiting the game), a globe so you can see how Earth is roughly doing due to your choices, and a light that will show what a choice will affect with the prerequisite being that you already choose it. You do also get a story from Mortimer on the item’s history and how it was obtained which is a nice touch. 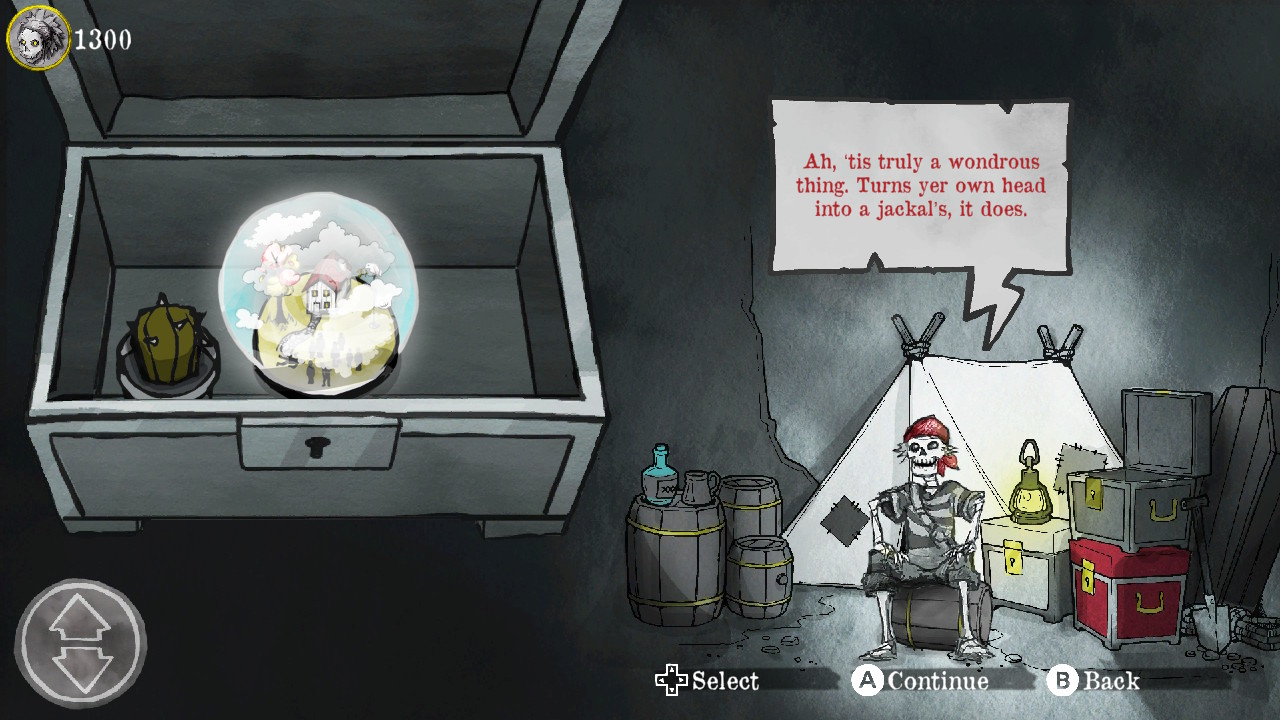 There are a good handful of endings that you can achieve, with them divided by how well your stats were, how Earth turned out overall, and what happened with you. It took me about a couple hours to complete my playthough, but adding in more to get all the endings adds on a couple more (since you will already have read most of the dialogue here). There is a New Game+ which will carry over all your items, your money, hidden stat results, give you an extra dialogue choice to skip over certain Fate conversations, and will give you a humorous intro that I absolutely love. 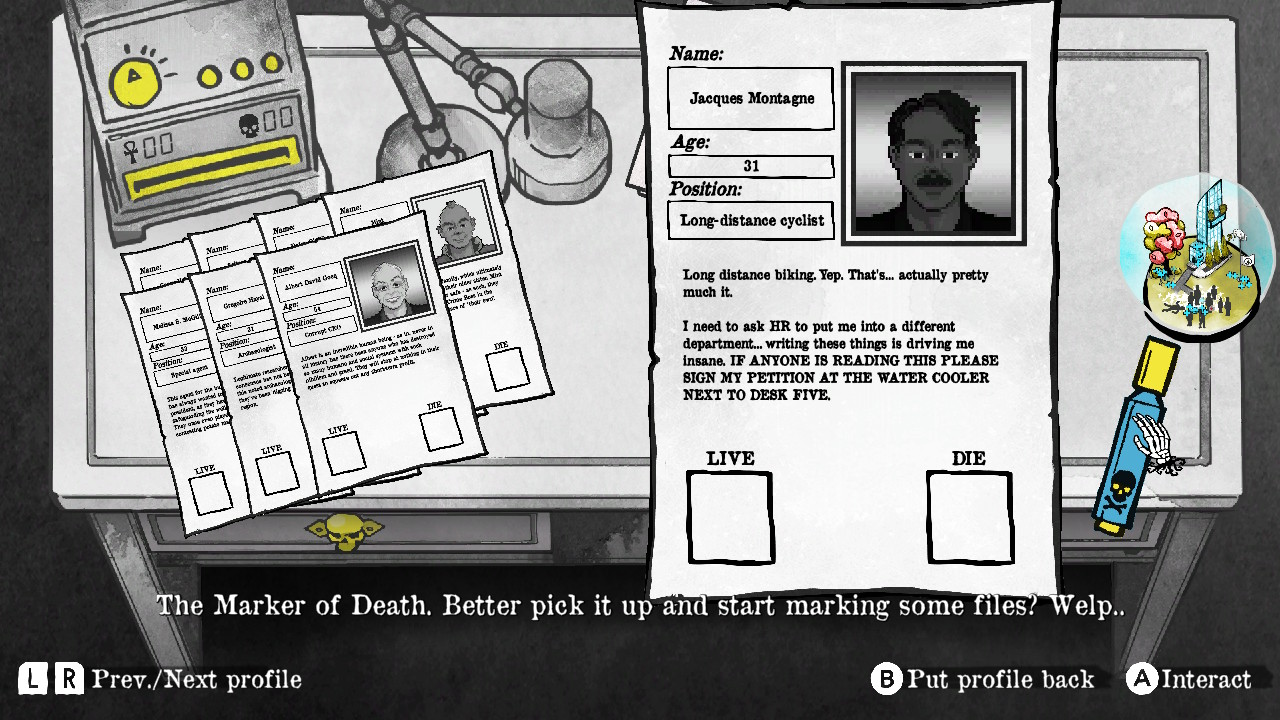 With the Switch version, you have the choice of two control schemes (or do a mix of both). You can control the game with the joycons or the touchscreen (score), with both having their own downsides. The joycon will make navigating slower, especially if you want to hide coins in your drawer or at the start of NG+ when mostly everything is piled on your desk, but it’s superior while you’re talking to Fate and you can switch profiles with the triggers. While touchscreen is faster, but you have a high chance of selecting the wrong dialogue option with Fate and the pen control is kinda weird. You can draw on the profiles like on the PC version, but lifting your finger will act like you put it down. Though, just clicking to decide their fate is just fine.

Other than that, the performance here is great, which isn’t that surprising. The only annoying thing that I ran into was that sometimes while using the touchscreen, the profiles will sometimes stick to your hand if you minimize it while you have the pen in your hand. If you run into this, you can unstick by selecting it again and deselecting it (which I found out a couple minutes before writing this review). 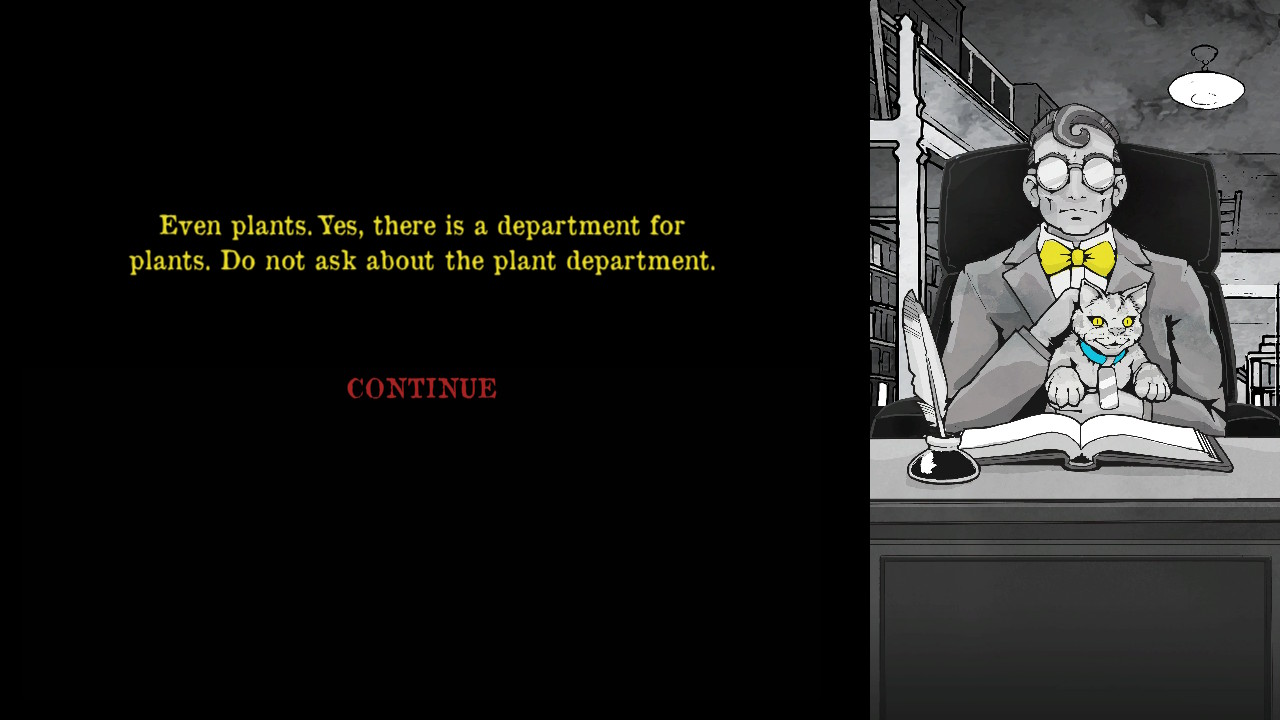 While I don’t think I enjoyed this just as much as White Shadow did earlier this year (man that seems like a lifetime ago), I do recommend Death and Taxes as it’s a great game to dive into if you’re into this game type. I’d say if you enjoyed Papers, Please or Not Tonight, you’ll be right at home here. The only thing that’s different, other than the location/story, is that it isn’t as personal in this title in regards to actually being there and seeing the affect your choices had yourself rather reading a quick snippet or looking at the globe. Other than that, the Switch port is unsurprisingly great, there’s a nice touch of humor here, and the voice acting certainly matches the characters.

Though if you’re not too sure if you’d like Death and Taxes, there is a demo available. It follows the first week in the game and is a good indicator on how the gameplay is going to be.