REVIEW: The Girl of Glass: A Summer Bird’s Story

A blend of different genres, this game’s style and charm are crystal clear.

Once upon a Time, but Not That Far Away

There’s often no bigger source of potential than blending two genres together, particularly if it’s two you wouldn’t expect to work well together. There have been a lot of successes but just as many failures, and when I read up on The Girl of Glass I though it sounded interesting enough to be one of the former. To my pleasure, that ended up being the case.

The game follows the story of Kristal, the Girl of Glass, who runs away from her doldrum life in the circus thanks to a chance meeting with a boy, going on a journey where she learns more about herself and the world as a result. As you can tell from the screenshots, it’s very much a modern fairy tale where technology doesn’t keep strange things from happening, and its graphical style might remind you of something you’d see from a Studio Ghibli film; all the characters are a bit larger than life or stand out in some way. It even has a narrator. 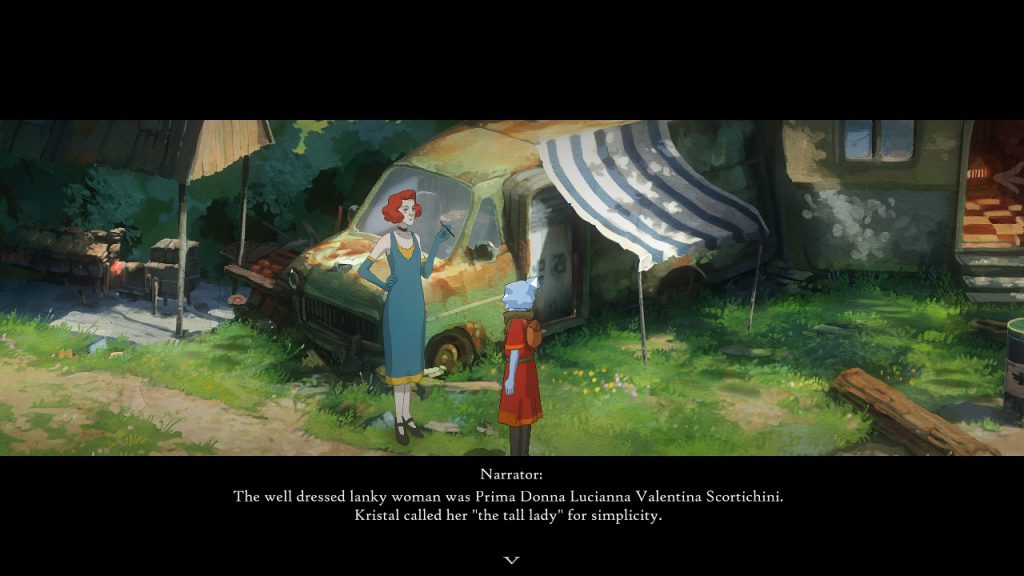 This works well with the first main part of gameplay, which is that of a point-and-click. To progress the story you move Kristal around, picking up things that aren’t nailed down and talking to people. This is in line with modern point-and-clicks, which is to say the puzzles all generally give you enough hints to push you in the right direction, and you’re restricted to enough screens that you aren’t stuck hunting over all of creation for the one item you need.

There are some flaws to it, though: items you can click on have an outline when you mouse over them, but sometimes they can be small enough or blend into the background so that you overlook them, which is never fun in these games. Changing screen can also be a nuisance sometimes, since you have to click on or around an arrow near whatever exit you’re using, but they can be picky about whether they’ll show up. Lastly, you’re meant to be able to double-click to make Kristal run, but when I played it was pretty finicky about whether she’d do it or not.

Now every so often someone or something will get in your way as you go about your journey, bringing you to the other part of the gameplay; turn-based combat where you control Kristal (and often another character) as they fight an enemy. These feel sort of like the duels fights from Suikoden, since it’s basically rock-paper-scissors. You can attack for basic damage or with a skill, guard against an attack, or focus to gain two actions next turn. Each combatant will become stunned for a round once they’ve taken a certain amount of damage, causing attacks to deal critical damage to them. There are some gimmicks to certain fights, usually based on working with whatever ally you have for it, but it boils down to picking the right time to attack and sussing out the enemy’s patterns. 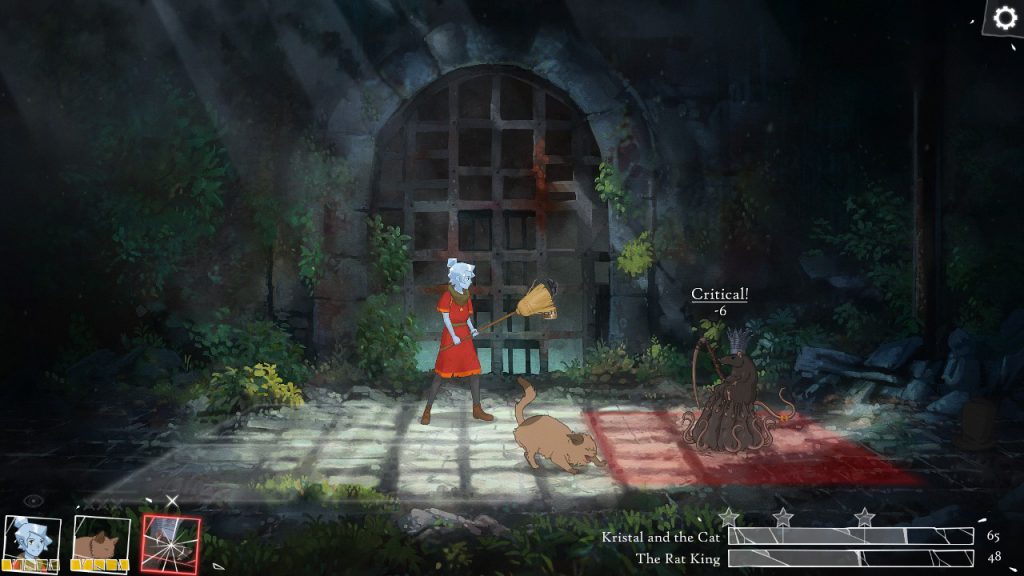 It’s simple enough, but I find it pretty fun, if a bit unorthodox. Every fight is mandatory so you don’t run into the system getting tiresome, and it’s a good palette cleanser for the rest of the gameplay. The only wrinkle is the difficulty setting, which is a little odd: throughout the early part of the game I would get ranked after every fight, with one to three stars depending on how much health I had remaining. Once the plot gets going in earnest you can select Easy, Normal or Hard, with that determining how many of these stars you need to have from each battle. Or in other words, what your health total is, since the fight will automatically end if you’re say, on Hard and dip below the thresh-hold for three stars. It’s an interesting idea but I found trying to perfect every fight seemed like it would be more trouble than it was worth, although Medium or two stars is a nice balance. 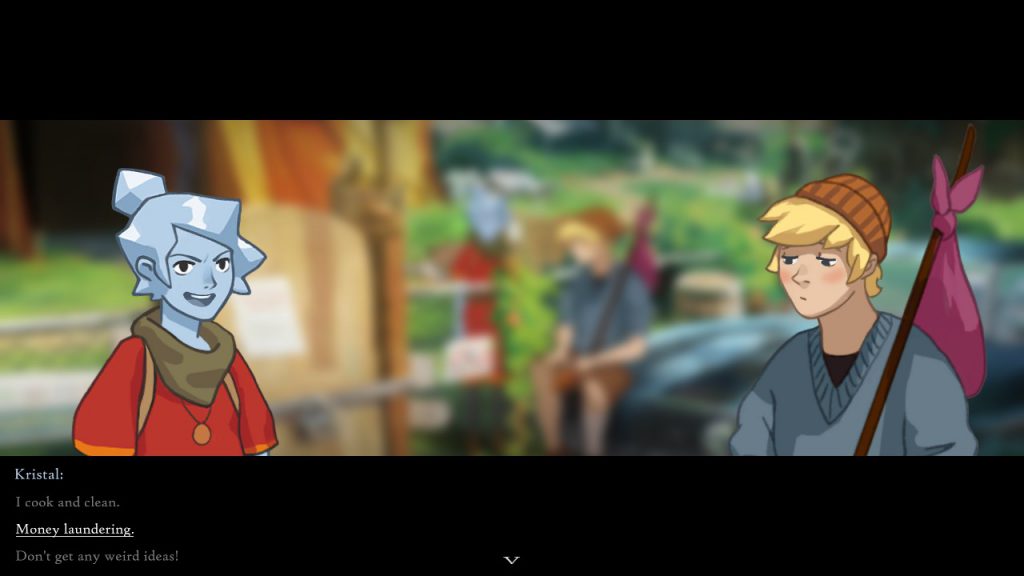 The story that connects all this I’ve also found myself enjoying, it’s well-told and often left me wanting to know what would come next. It definitely goes to some interesting places I wasn’t expecting. I also found myself enjoying Kristal’s character, she’s certainly not some gentle waif archetype and is pretty fleshed out. Frequently you can pick from something to make her say, all of which usually feel appropriate: she can be determined, irritable, angry, or doubtful. Some dialogue though, reads a bit clunkily, and both the quality of the narration and the hand-drawn scenes that convey plot can vary in quality a bit.

Overall it may not be everyone’s cup of tea, but I found myself very charmed by Girl of Glass. If you want something a bit oldball with some clear heart put into it, I’d recommend giving it a look. It gets a Save.