Are you good at platformers? Because I’m not.

I’ll be wholly transparent as quickly as I can: I am not good at platformers. Ever since I was a child, they sort of altogether eluded me. Vision problems mixed with anxiety mixed with a penchant for pressing buttons too early and misjudging how far I can move always limited me. Certain childhood platforming staples were games I shied away from, since I knew platformers could frustrate me and I’d rather play a good RPG anyways.

I went into playing Spinch knowing my shortcomings with platformers, and wanted to play it because it looked so visually appealing. Spinach has honestly sort of revitalized my faith in the genre as a whole and- perhaps outside of that- my faith that I’m capable of actually conquering platformers. 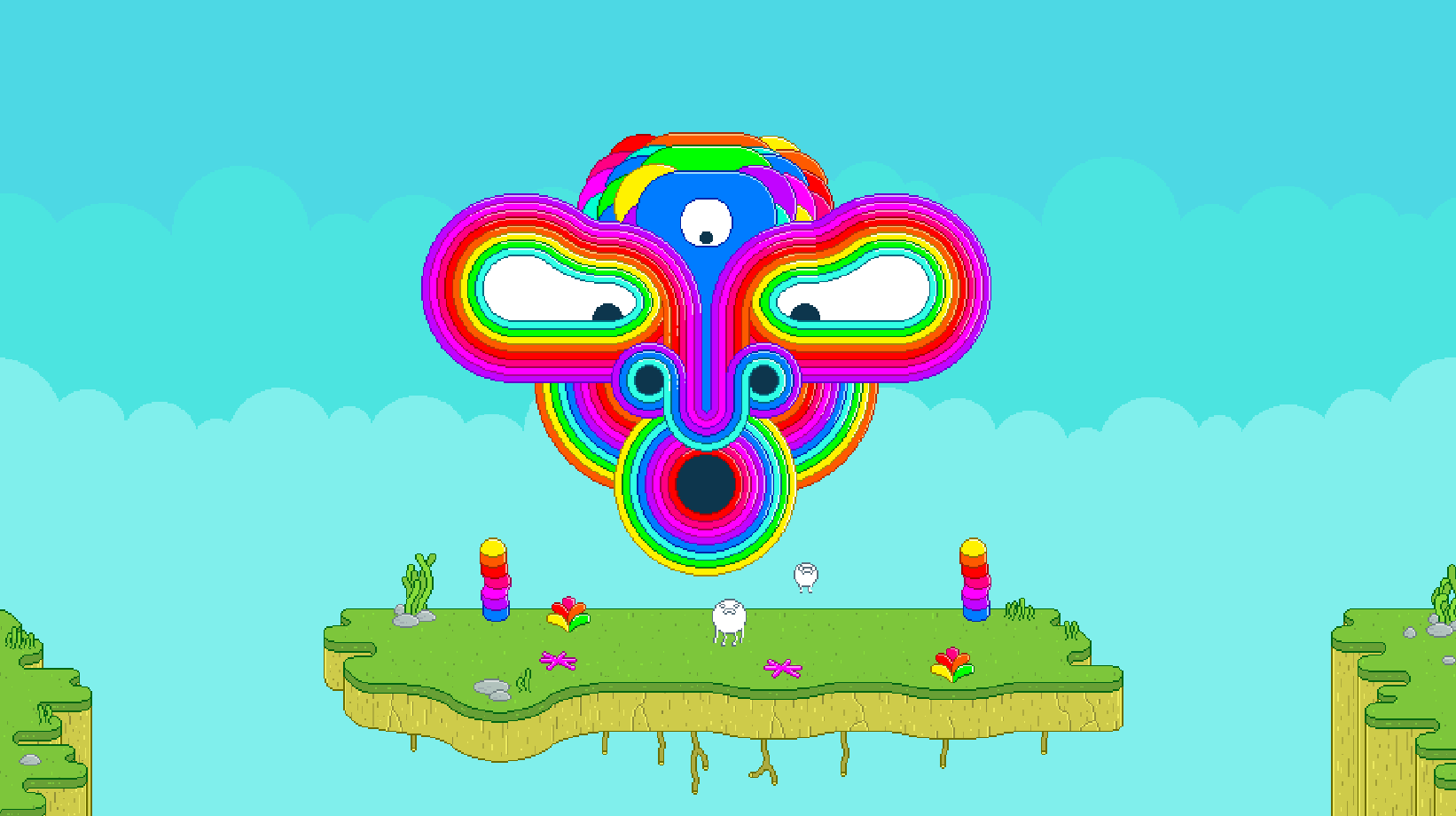 In Spinch you are…a Spinch. In this world, colour itself are living creatures that breathe and hunger ravenously. Their bodies are made up of photons and water that vibrate constantly and require tremendous energy to maintain. The Spinch is the natural prey of what I dubbed the colour creatures, though adult Spinches taste bland and are generally undesirable. Their children are sought after by the colour creatures to consume instead. To adapt, the Spinch have become aggressive, and the game states that you must destroy to protect what you love.

It’s a concept I found interesting, and one that lays out a convincing setting for the wild, psychedelic colours present in every level. 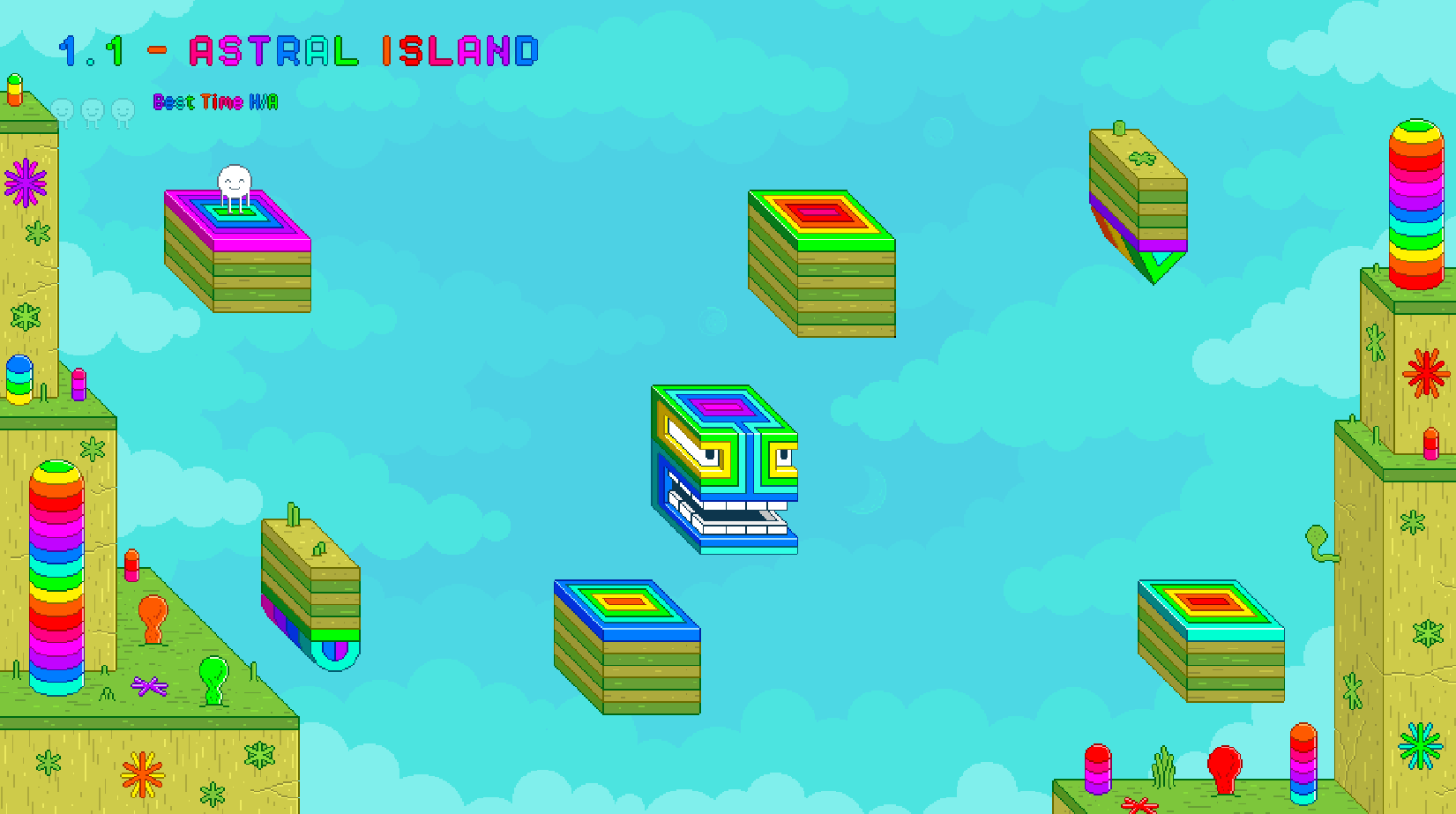 Spinch is, of course, a platformer. It does this well, and after a few levels of leading you in starts to get much faster. You can jump, move left and right, use a dash to travel further, and jump up walls. Levels consist of going from one side to the ‘finish’, but also attempting to gather up your missing children along the way. There are also cubes to collect that eventually give you an invulnerable ‘cube’ form you turn into. 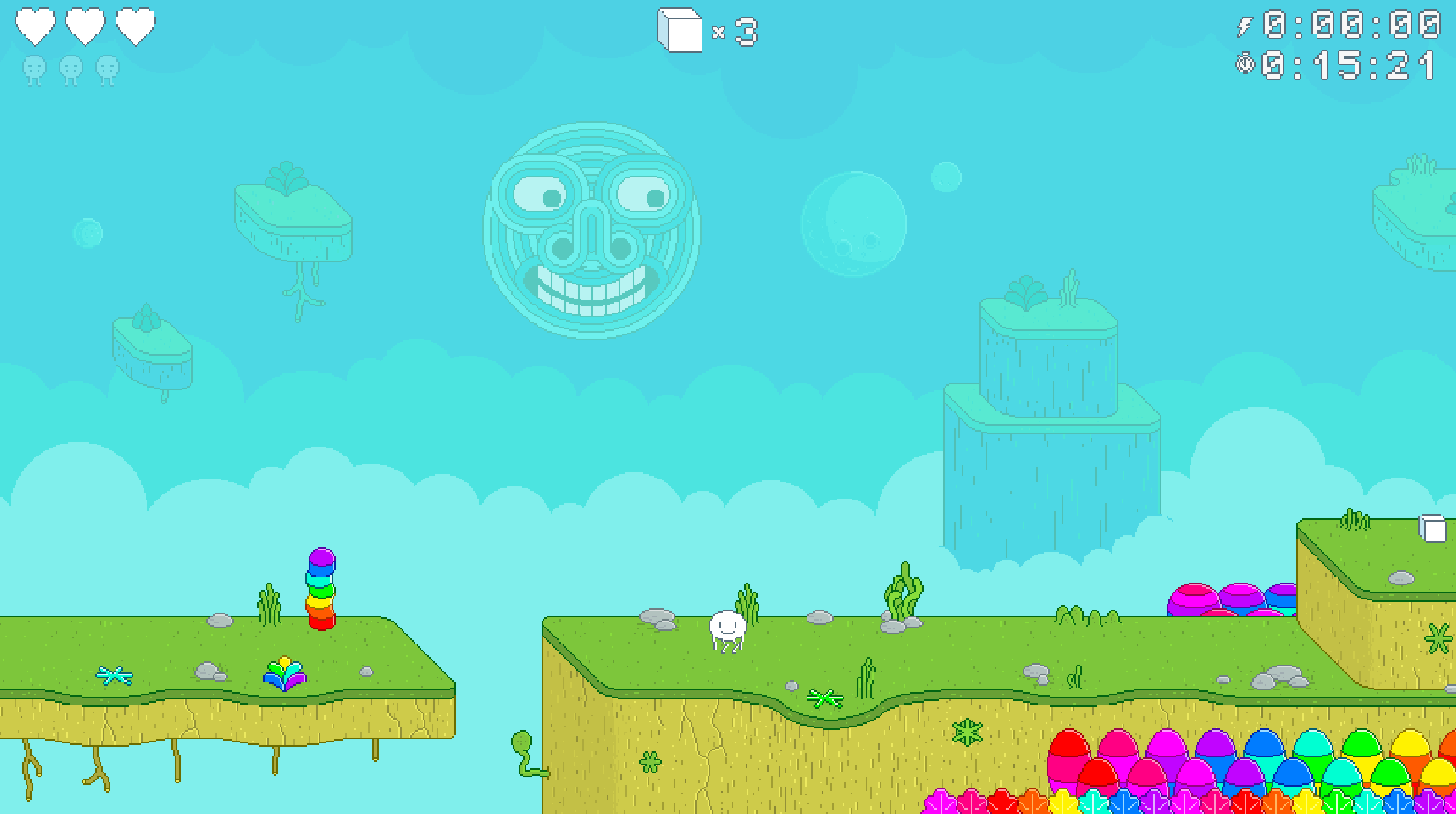 Initially, the visuals are what drew me to Spinch and made me want to play the game. Each level is full of colour and movement, and each enemy as well presents bursts of life. Your character being white against all this brightness really helps them stick out against all that movement.

The music deserves its own mention, as I would say the sound helps make the platforming easier. There’s an entire level I had to pump the volume up on to hear queues on an enemy. The sound is very electronic, but it pairs well with the visuals and really does hearken back to older pixel platform games.

I am not good at platformers, as previously stated. Still, Spinch makes me wish I could be, and also encourages me to try and try again. This is a game I feel myself going back to many times to try to find everything.