Who doesn’t love some meta-narrative?

After my Necrobarista review, I was reached out to by a developer Old No-Eyes to check out their extended demo for Black Heaven: A Necromantic Dating Sim. How could I say no? Why would I ever want to say no when it was checking so many of my boxes for a nice, interesting, fantasy escapism in the form of essentially reading a big book?

I’ll say this much: the game sets up some really interesting ideas. From the demo alone, I’m stoked to see the rest of the material and revisit my time with a series of questions and mysteries that, frankly, I wish I could have answered right now.

Immediately when the story opens, the tone is set as something dark and, additionally, we open in media res, which is done decently well. The position we find ourselves in creates immediate intrigue. The Library of Gizaron presents our starting setting, and apparently, the main character- Uzo- has been there for three days straight, sealed inside. Or, rather, what they believed to be sealed. Outside of basic starvation and lack of supplies, Uzo is dying in a very different way. The game embraces the necromantic aspect early on, describing various states of physical decay and bodily harm. 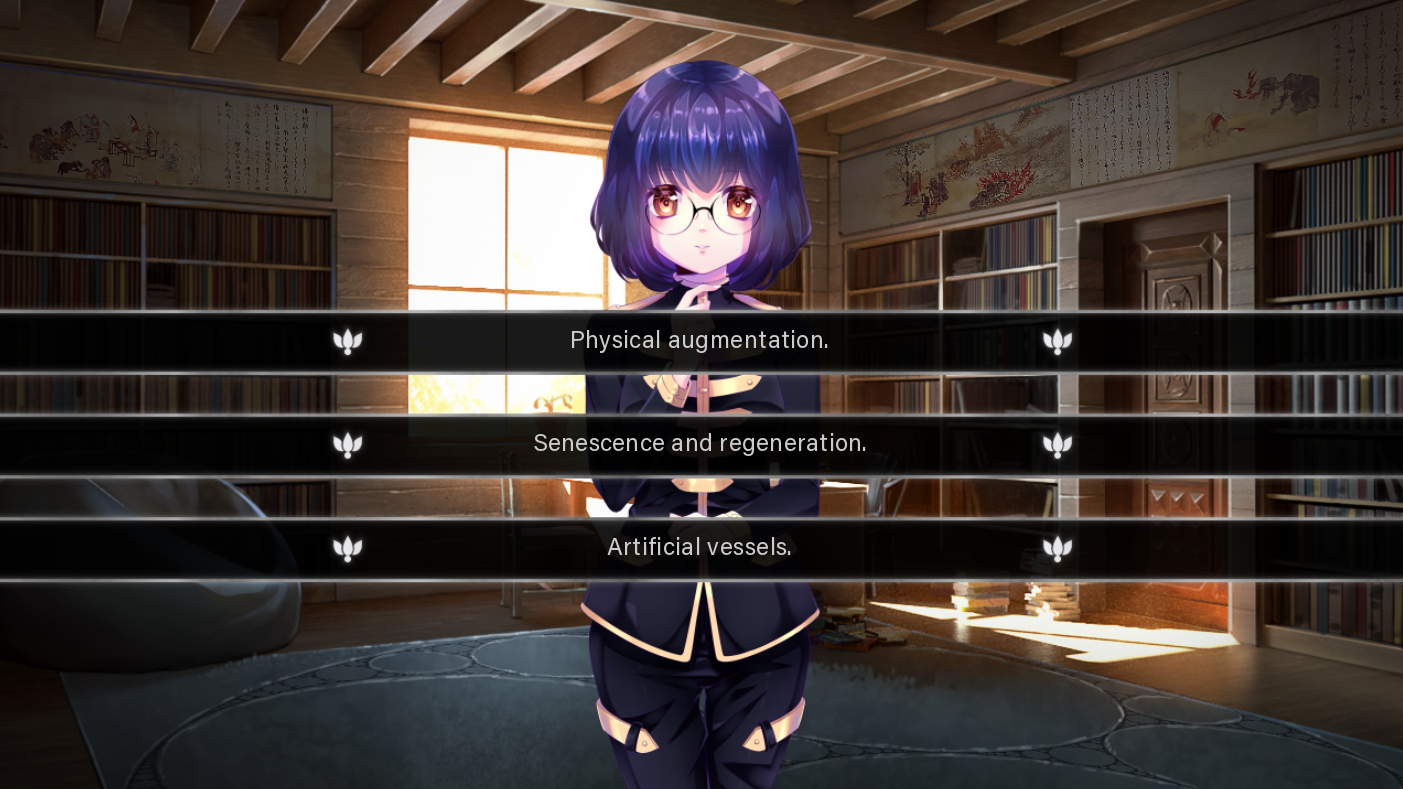 That being said, if you don’t enjoy verbal descriptions of injury or gore, this game might not be for you. Additionally, if you like to play as games where you are unequivocally the “hero”.

There’s a plague going on in the world, and that’s apparently what you’re dying from. While it’s definitely on the nose for what we’re going through right now in regards to Covid-19, keep in mind that this demo came out last year, judging by the date on the itch.io page.

From the present, rotting days, we start to remember. We were once a student at Itzon Academy, a place where students get to pick studies that are all- you guessed it- necromancy-adjacent. I went with Senescence and Regeneration, though you can also pick Physical Augmentation or Artificial Vessels. Without spoiling what comes after, there’s clearly a mystery afoot, and you get yourself indebted to a being as sinister as they are fascinating. 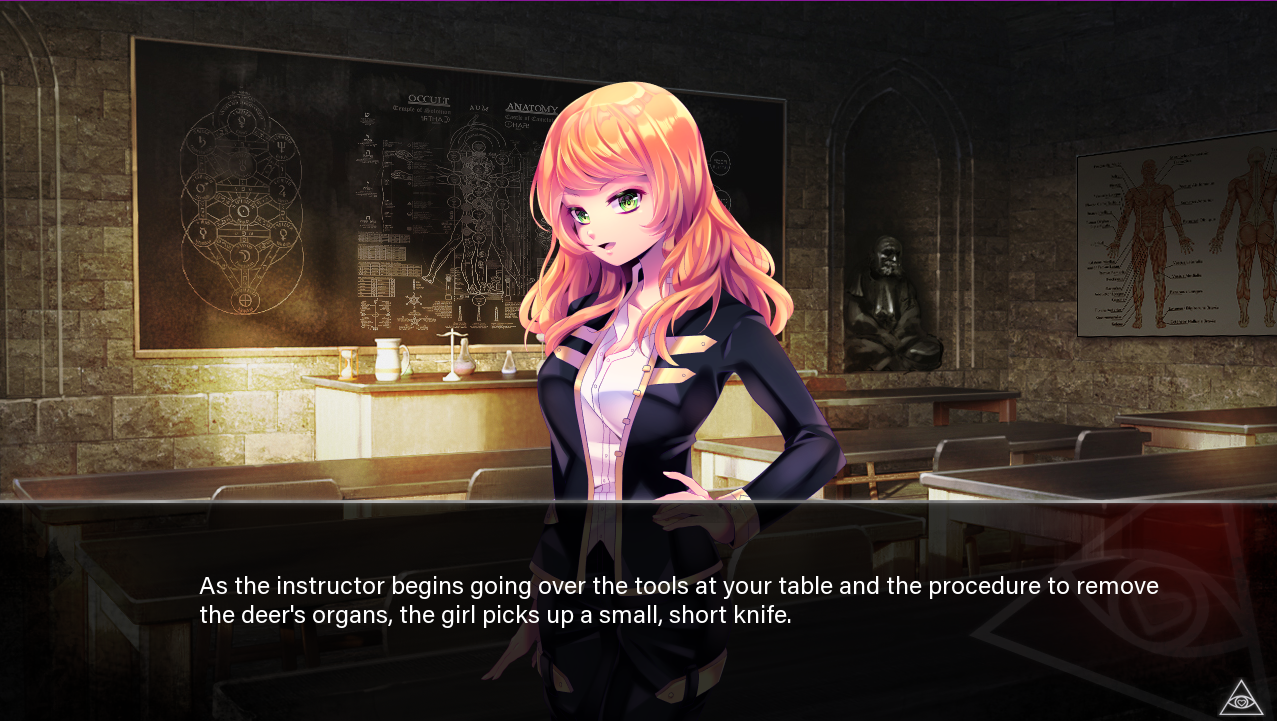 In my playtime, I encountered four different characters. Three you meet during the flashbacks at your academy, and one you meet in your present, while you are dying. The three girls all seem to have their own specializations, and while I didn’t necessarily get to know them well in the short time we had together, they all seemed different enough to keep me from being bored. 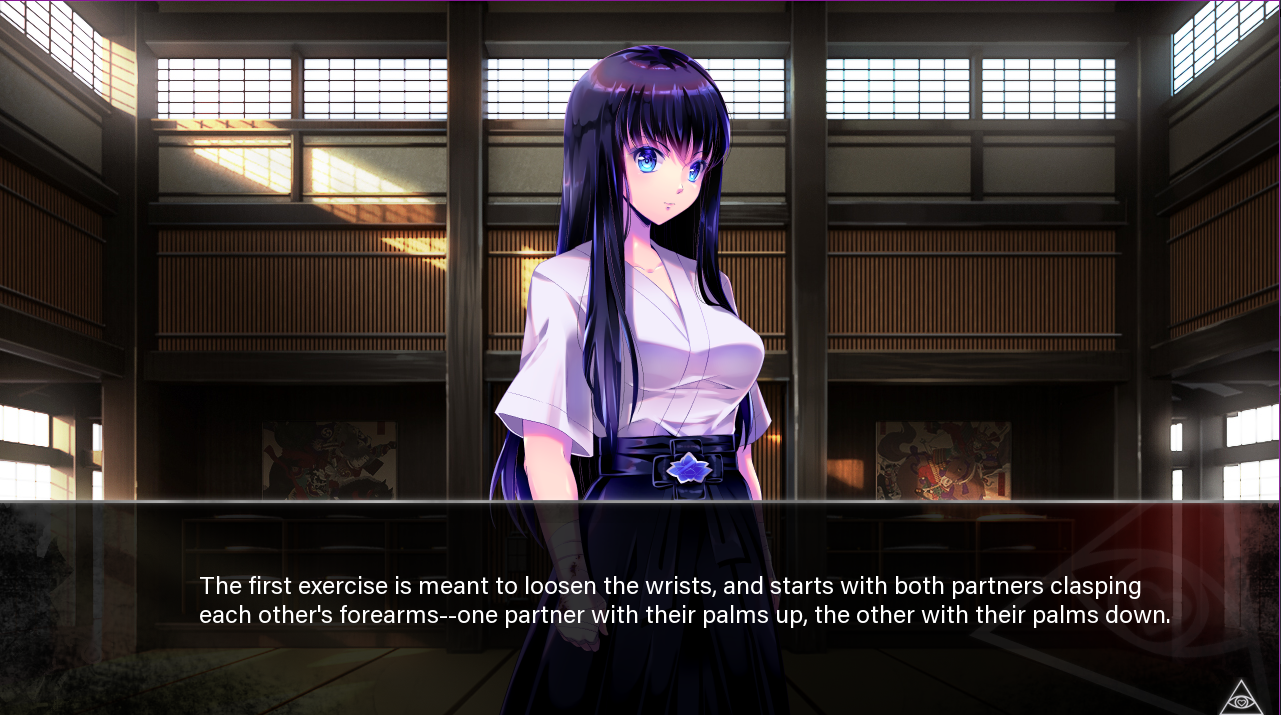 At one point, the game introduces an interesting ‘mechanic’ of sorts. Can saving be considered a mechanic? Whatever. It is here, and while meta-narrative situations can be tired and played out, I’m a sucker when they’re implemented within a game and require you to edit files, close out, reload, or even save. It’s a reveal that’s really played out well here in the demo and had me bummed when the game ended shortly after. Black Heaven is something I’m going to be keeping an eye on, and that I look forward to the final release of.