Not the best horror game to play, but a great one to experience.

The Coma series was always a bit alien to me and I have not touched the original, The Coma: Recut. From what I heard I didn’t miss much but The Coma 2 is one I’d miss if I didn’t play. While not all design aspects are well done, this is a diamond in the rough I can recommend most fans of horror, sidescrollers and their combination. A unique and fresh take on horror – another well done horror game by eastern developers. 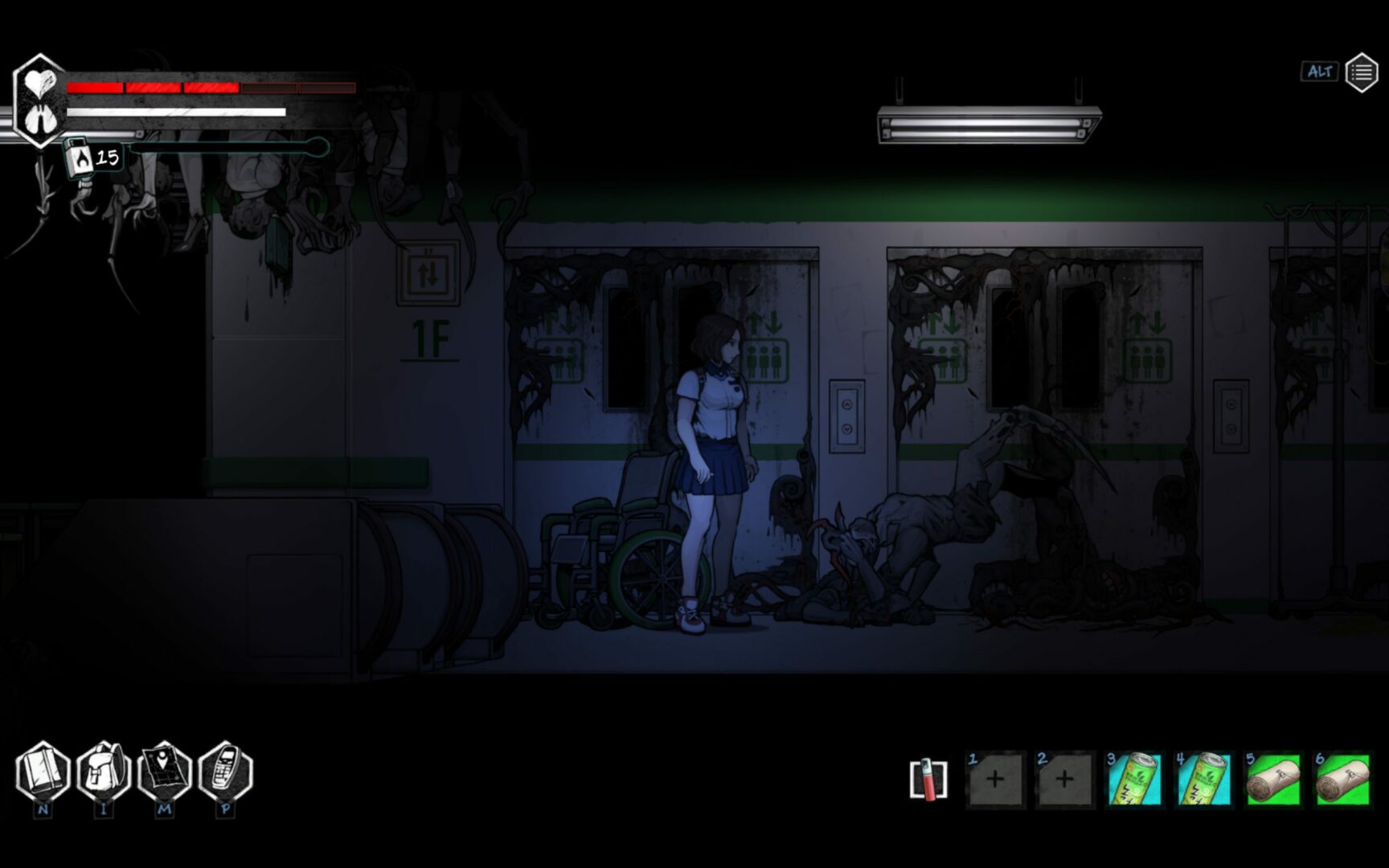 It’s hard to talk about a story, especially a horror one without spoiling how it progresses and consequently the expected scares. Sehwa High School is where you, playing as Mina, will begin the game. After waking up at night, Seoul all around her is more terrifying than anything she’d ever seen and your journey begins! 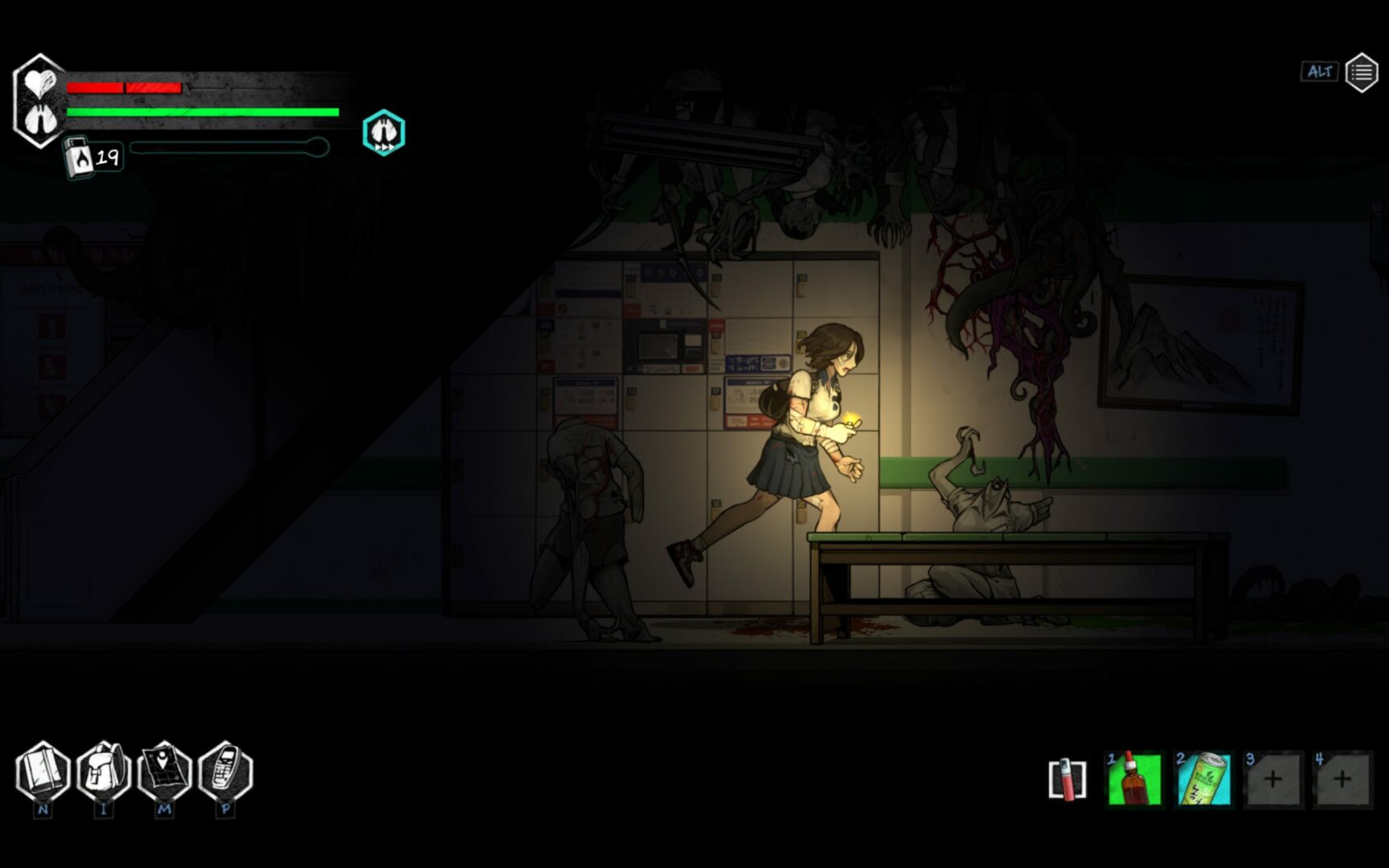 Coma 2 expands on the original adding far more locations besides just the school, like games such as White Day did (and well), adding much needed variety to what would otherwise be a predictable environment progression. The game also has a very typical eastern approach to the story, providing side content that is optional, but ultimately mandatory should you wish to obtain the good/best ending possible.

Overall the story is really well done and is interesting to progress through, though I must share my opinion that I did not appreciate how a big part of the storytelling was done through readables instead of cutscenes or “show don’t tell” gameplay sections.

At the core, a hide and seek simulator. 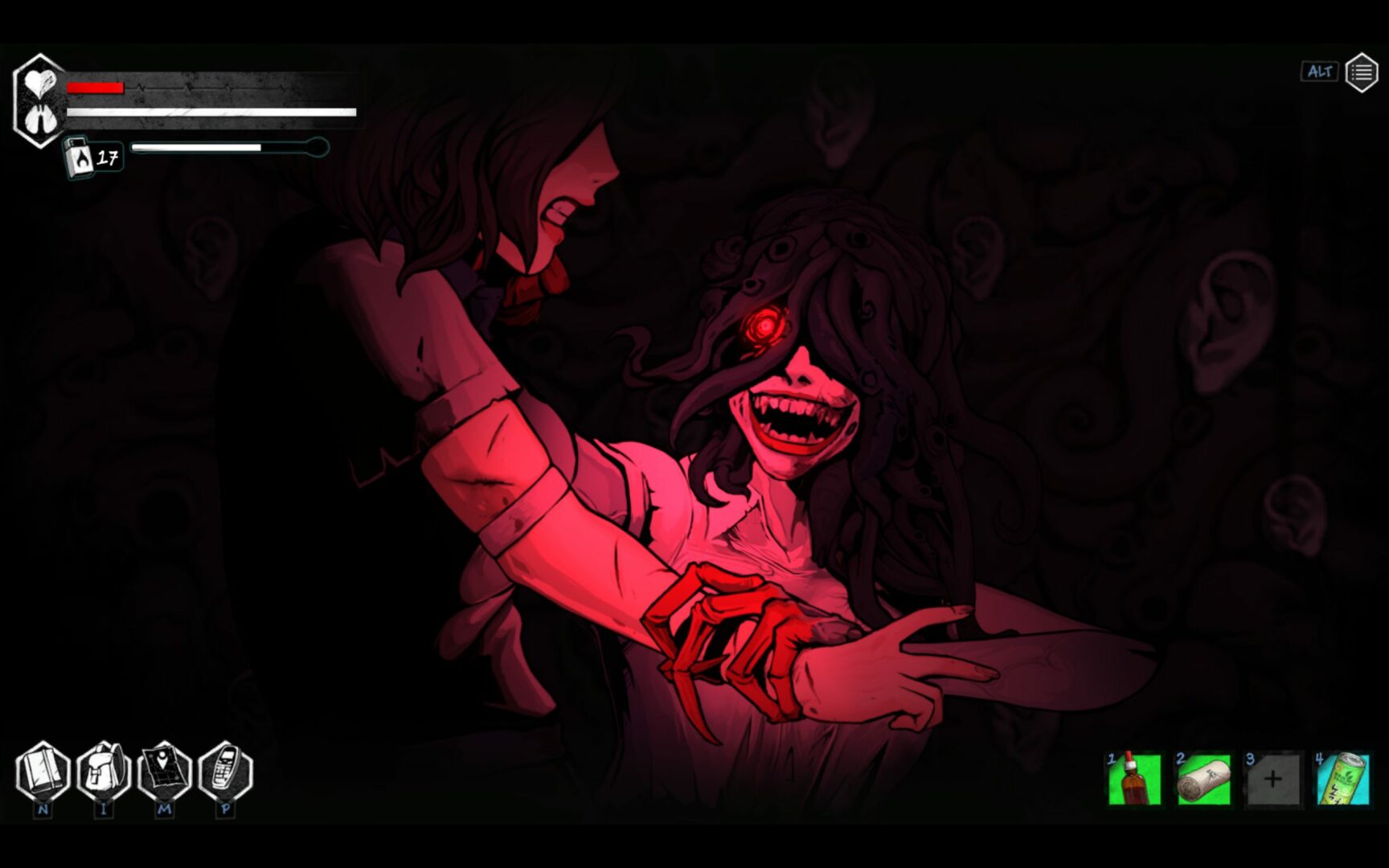 While it may sound unappealing, the enemy variety is well done and there’s enough environment variety and interesting story bits to make you keep playing. I am not that much of a fan of the constant hide – pop out and keep going – hide again – rinse and repeat type of gameplay but the controls are great and managing your health, stamina and inventory is tense enough to give the game a charm it needs due to the repetitiveness of the gameplay.

The design of the levels are a bit hit or miss though, I felt the game lacks consistency in the overall resources in levels – some are absolutely filled to the brim with stuff and others are surprisingly lacking… everything. This gives the game odd difficulty spikes instead of a gradual feeling of progression (usually logarithmic). The game isn’t all that difficult… at all, but it’s especially odd coming from a jokingly easy level and entering one where you actually start breaking a sweat – which, while jarring, gives the tension the game should have more.

Using your flashlight in the terrifying darkness of Seoul is almost mandatory and the tension rises from the relatively competent AI that will chase you should your flashlight bother them so Mina must be careful to walk and hide in darkness close to enemies, while using her flashlight to illuminate her progress and allow for some very much needed exploration.

Probably my favorite component of the game – the art style is very well done with an anime/manga look to its characters and overall environments, especially the overall dark and fantasy horror elements. The game also performs really well, despite there being absolutely no graphical options at all. Despite the lack of cutomization besides windowed mode, The Coma 2 is a very well performing and fluid experience even weaker PC’s can experience in all its glory.

I also must scream in praise at the design of Mina and how her looks change and get dirtier and bloodier the lower your health – a great idea that isn’t new but how it was handled is just spectacular, it’s the stand-out aspect of the graphics for me.

What is perhaps a design choice that I can’t really agree with is the camera – Mina is centered in the screen and the camera is too zoomed in for my taste – I got used after a while but I never really “liked it” during my time with the game, some camera zoom options would be greatly appreciated as the game seems to force a caustrophobic atmosphere it doesn’t succeed at – it’s instead rather infuriating not being able to see anything 3 inches in front of you, not because it’s dark (which I would be fine with), but because my computer screen ends.

Solid music overall, atmosphere is extremely well done and helps add to the heaviness of it all. The tense atmosphere is further enhanced with really great audio design – from the monster sounds to their footsteps which can be audible even outside of the screen. Mina’s sound design, from the footsteps to the flashlight are also well done and immersive, and the tension is palpable when both your footsteps and the monster’s when in a chase, enhancing the overall horror experience of the game.

A rather repetitive gameplay loop and some odd design choices don’t nail this one for me as much as it could, but The Coma 2 still has fantastic art style, a very solid story and creative horror designs to justify a purchase at a small discount.