This short trip in a small town is disturbing and enticing

From the eerie soundtrack and cheerful PS1-era chirps and menus, Boreal Tenebrae (formerly titled Boreal Tales ) wants to immerse players. Something is off about this small town and there whispers about “static” and a missing girl named Sarah. Reality teeters back and forth as players delve deeper into macabre rituals and the cruel secrets of a town that seems to be on the verge of becoming nothing. 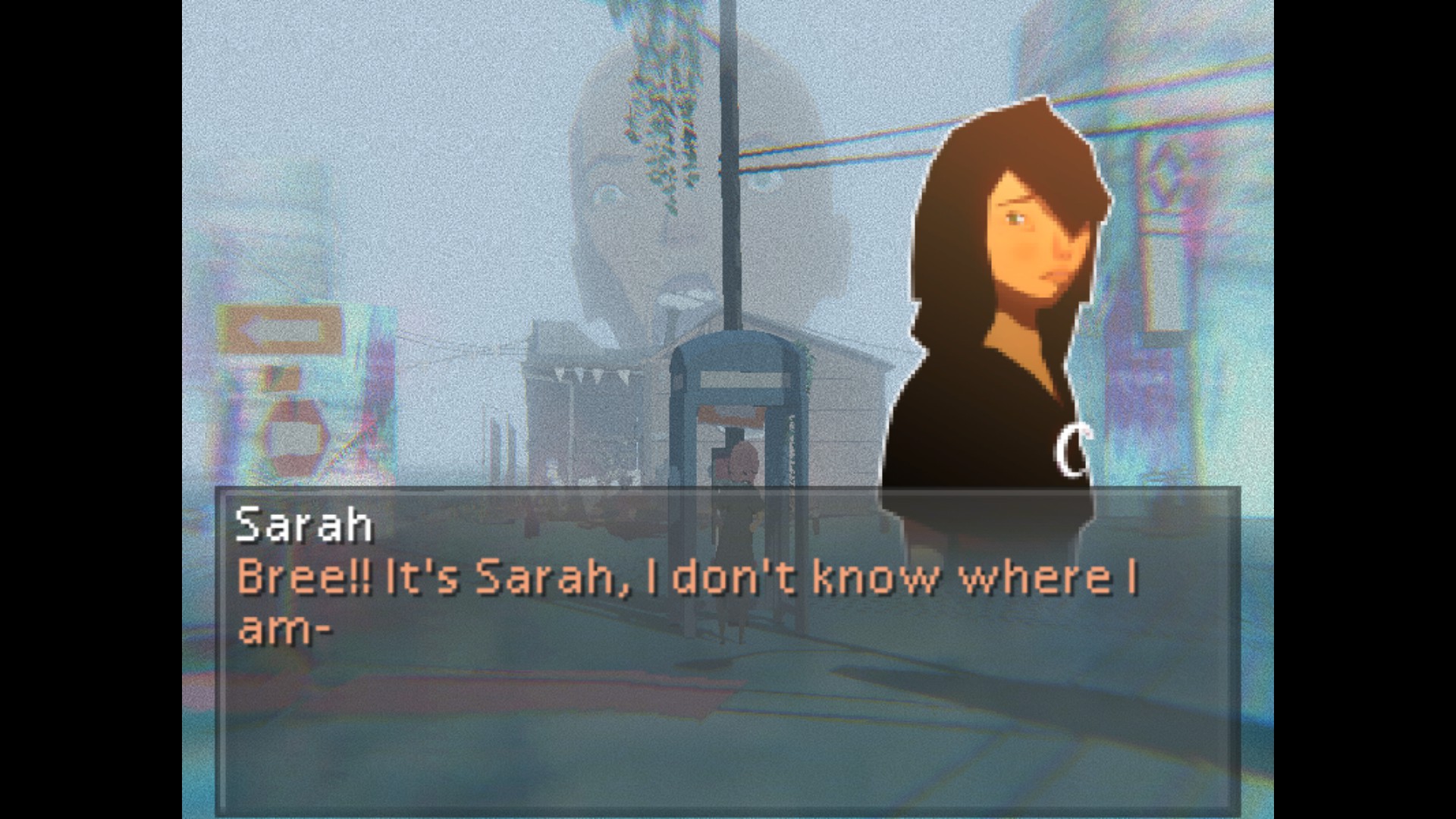 In this eerie no-name town, mysterious abound. From the opening moments of the game players will be surrounded by questions and conspiracies. There are some kind static monoliths that pop up around the town and either mutate denizens or make them vanish. No one knows for sure why they came, but they have started to blame a young girl named Sarah. It’s a classic witch hunt, but after Sarah’s disappearance the static plague continues. 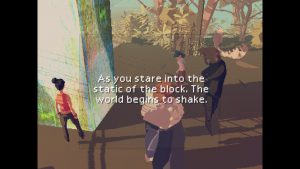 Players take on the role of several characters, but arguably Bree is the lead. Bree is Sarah’s sister, but she was pretty resentful of Sarah and her weird obsession with static. Sarah’s infatuation was reason enough for people to alienate her, but then when they plague sprang up things escalated quickly with murders, disappearances, zombies etc. The entire game feels intentionally disjointed, nightmarish and surreal. To detail it too closely would be a disservice. 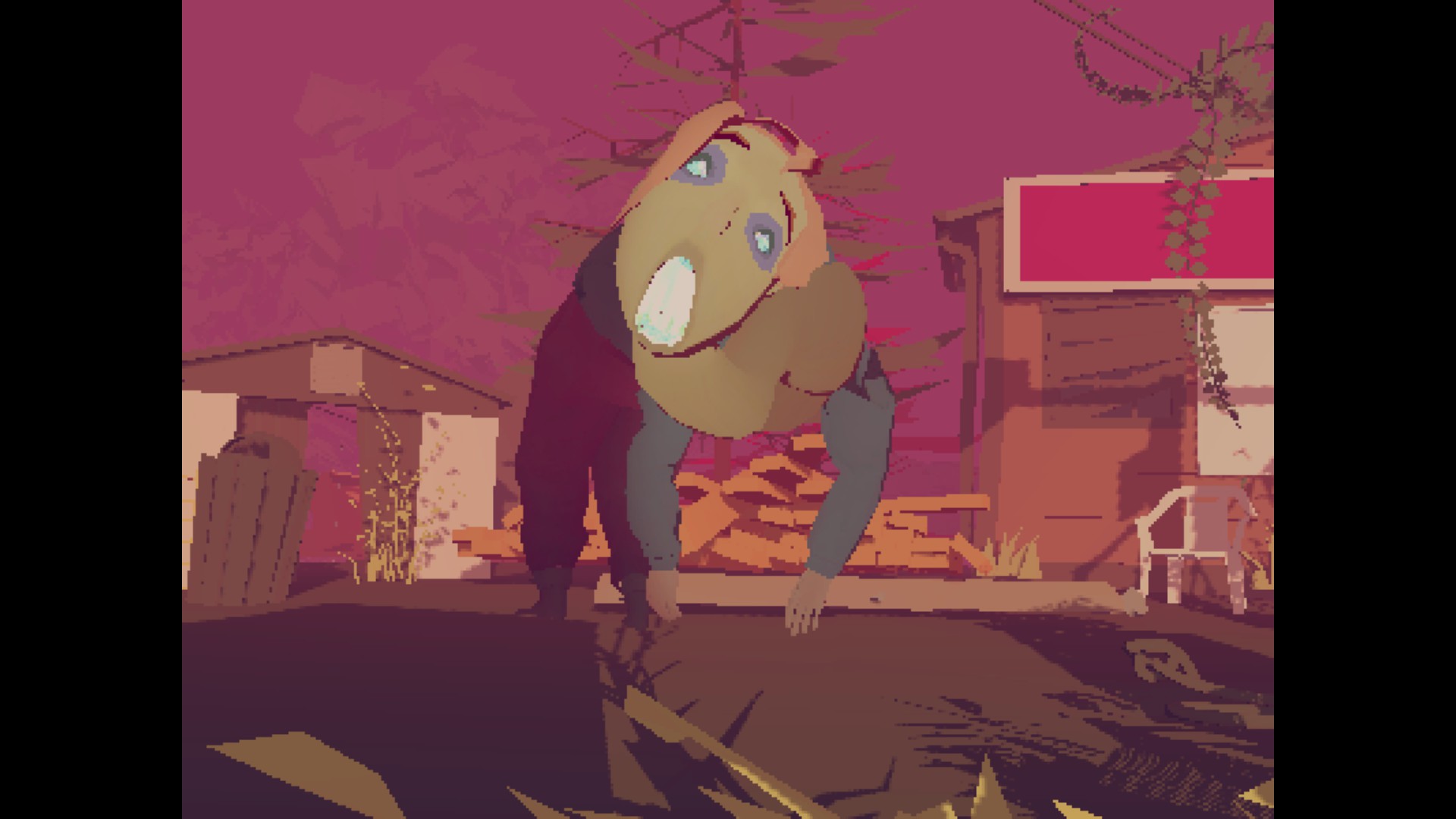 The gameplay of BT largely revolves around solving puzzles by combining items in your inventory and exploring areas. Your inventory never grows to an unbearable size, but some items are kept even when they have already served the purpose. If a character doesn’t directly say what item you need, there is often another character that will drop a clue about which area you need to visit. The game also has a neat feature where interactions with a cyan text will yield an item while those with a red text will progress the story. This is helpful if players want to just explore and take in the lore without necessarily progressing the story.

Navigating the world of Boreal Tenebrae is dizzying. Leaving an area or interacting with a certain area can suddenly change perspective to another character in another world or time. Even from there another interaction in that world could lead to another jump. Most of these areas can be revisited, and often it is necessary to do so when you get new essential items. Early on in the game the player gets a fast travel item that sends them back to Bree’s house, which serves as the homebase. Some of these areas do feel underused, but overall the pace and perspective switches keep the game at a comfortable level of incoherence. 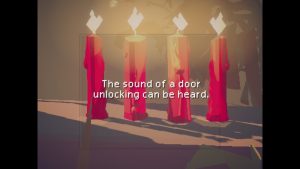 All of this is done with a retro fixed camera. The vision and style are definitely fitting and appreciated, but the camera angle can lead to some short annoyances when trying to navigate certain areas. It’s certainly not a huge hindrance, but some ironing out of certain areas (looking at you, stairwells and every other invisible wall) would be welcome. 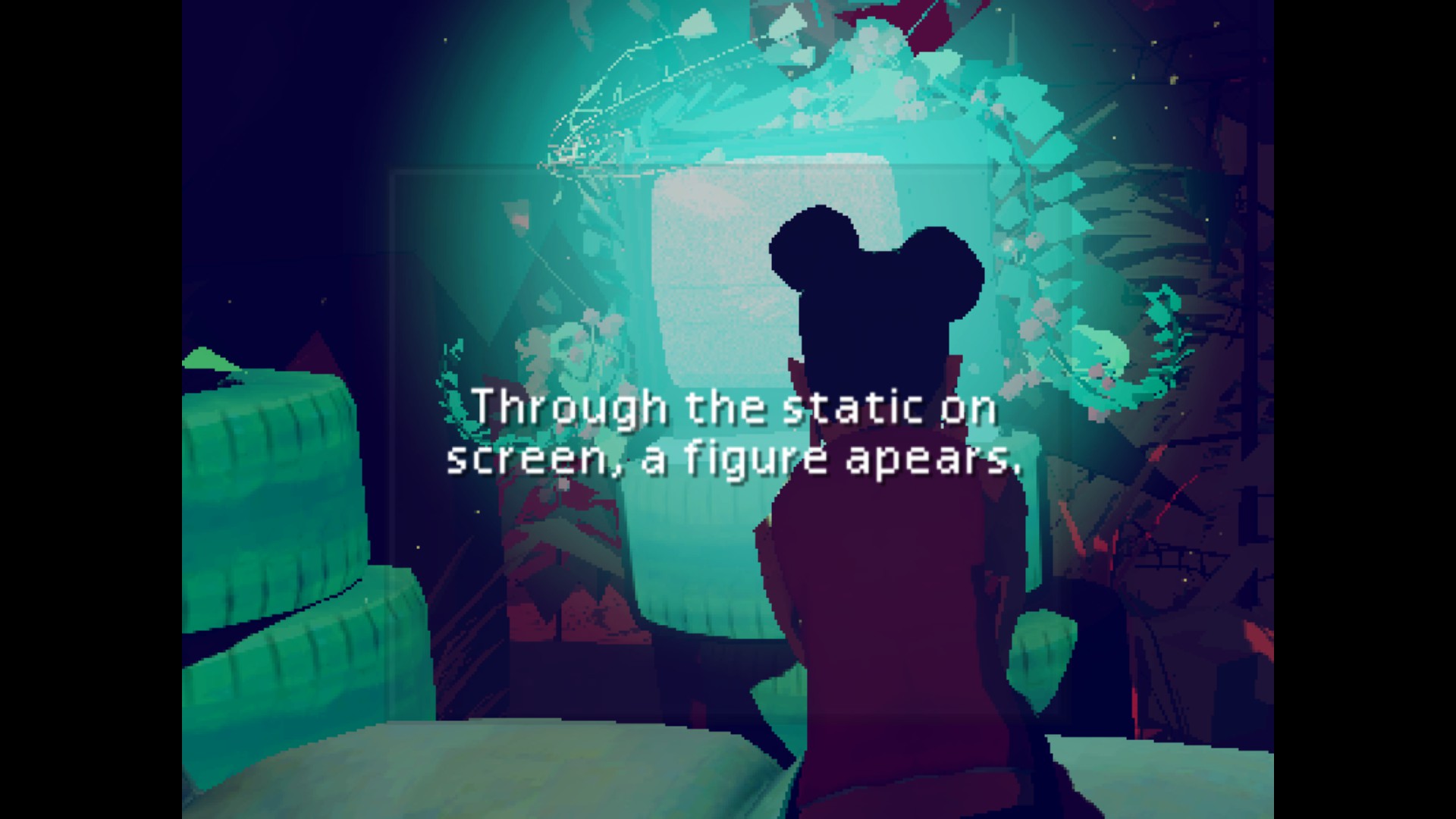 The Static Speaks Her Name

The world in Boreal Tenebrae is as interesting as the overall style. The menu blocks, the garbled static videos, the low-poly look, and everything else fits together so well. The haze and mess of the color palette pairs perfectly with the lo-fi synth and organ drones. The game also has a recurring motif of using obsolete technology in various gameplay elements. 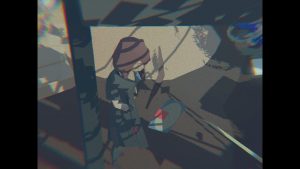 Players can collect optional tape decks and videos for more lore and story. Tape decks are scattered around areas of the game and have to be played on the old school boombox at Bree’s house. These share some of the characters’ inner thoughts before, during and after the static plague. The bonus cutscenes are unlocked by recording special symbols hidden in the game: first the player hands to stand on special symbols found throughout the game, then they are prompted to use a camcorder that switches the view to first person, and from there they have to locate the signal to capture it. Some of the revelations in these extra videos are huge. 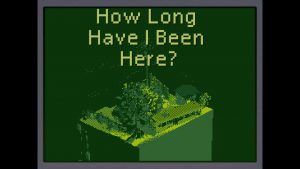 This commitment to old, obsolete things is thematic and satisfying. The wonky camera, dated graphics, garbled noises, all of it work to bring the feeling of the game to life. The small town in Boreal Tenebrae is feverish and maddened by corruption and secrecy. It’s a strange world filled with questions and conspiracy, but the aggressive sound of static drowns out so much. The static can be seen as post-modern listlessness (based on what some characters say of losing themselves, function, motivation etc.), or as the inability to communicate (static making it hard or uncomfortable to speak, or literally isolating people). The rules of what the static does or what can be undone are not made clear, yet. 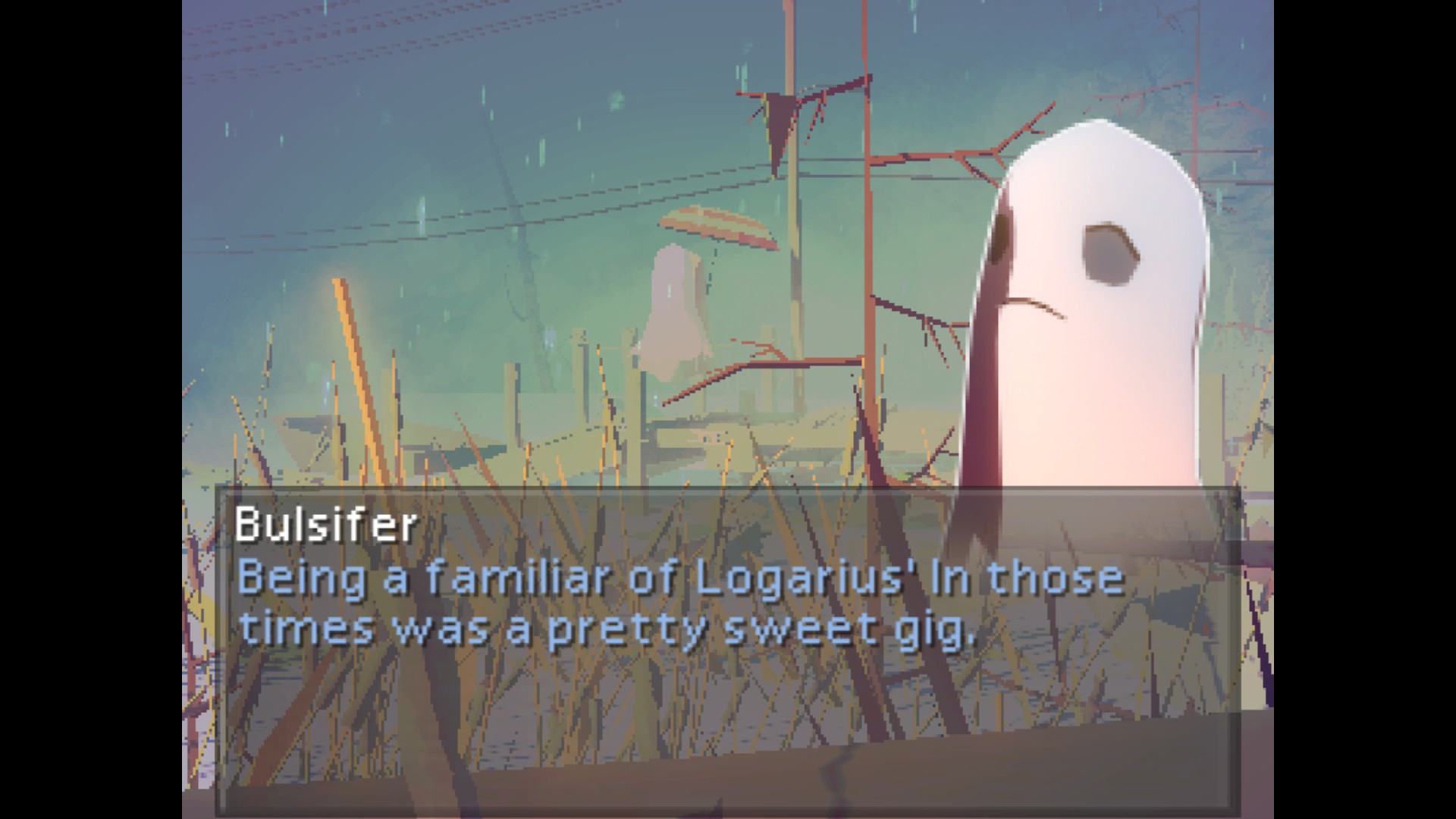 There is a lot to appreciate about Boreal Tenebrae, but there are some rough edges that need to be addressed. Certain interactions early on, especially in the home base area, would cause the character to be stuck or unable to interact with objects. A few reloads or going trying to use the items or camera would eventually fix it. Some areas would get stuck on loop either replaying the ending cutscene and forcing the player out (this may be intentional) while others would make the player replay a sequence and announce the unlocking of an item that is already in their inventory. These are minor complaints that will probably get fixed. 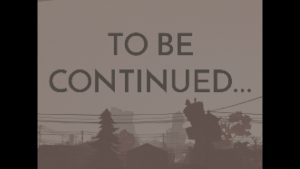 Another concern I have is the ending. The game currently ends with a title card that reads “to be continued.” The developer has already stated that certain missing areas will be added and the story will be continued past this. However, there is no telling when these updates will come. The story really gets cut at the best part in this instance. I enjoy what I played of the game, but the game does a feel a bit incomplete at this point. 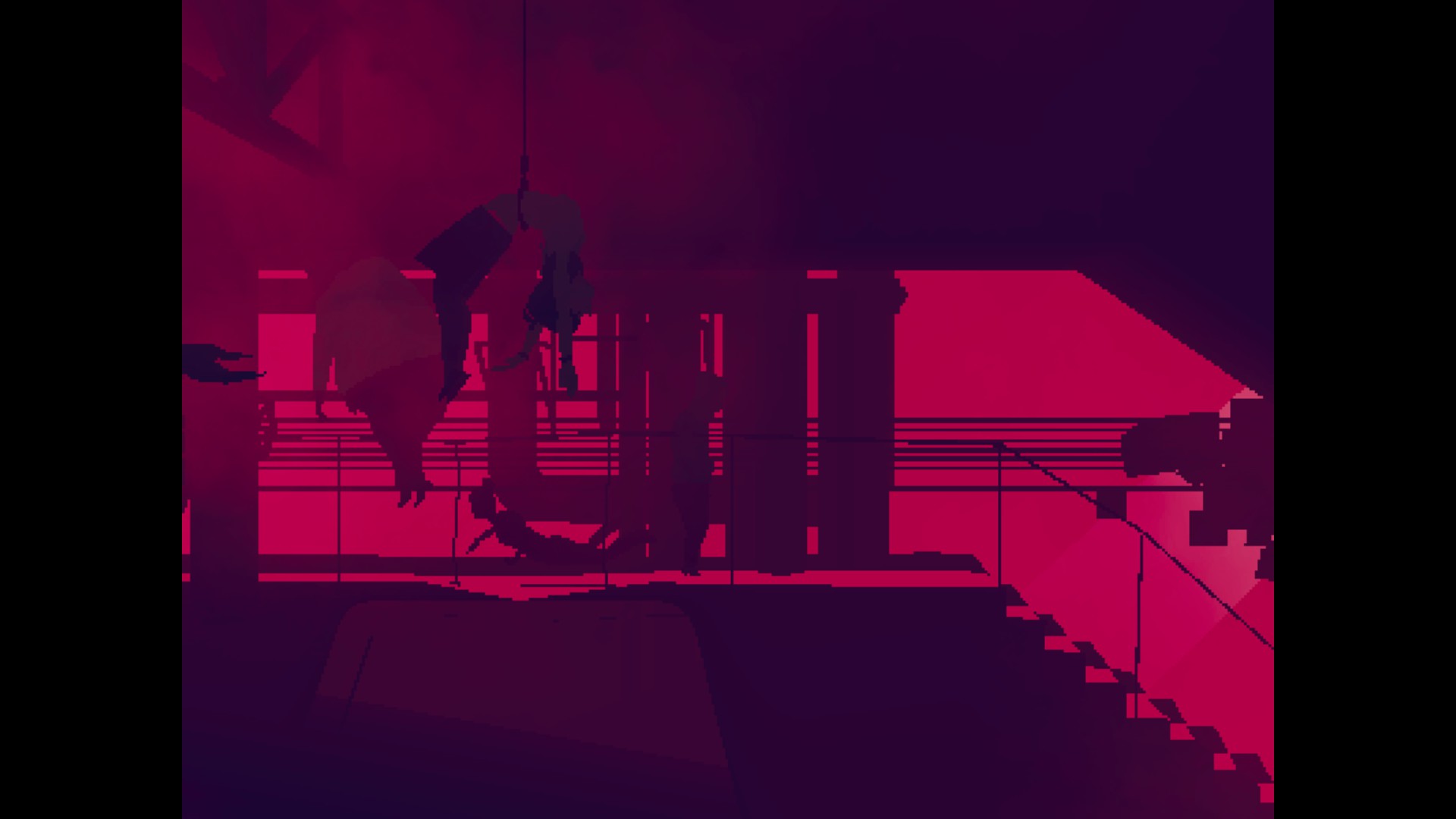 Boreal Tenebrae takes several cues from other greats and makes a nice little horror romp. There are no monsters to mow down or upgrades to unlock, just disturbing webs to untangle in a sleepy town. The narrative based approach is neat, but without the ending in place, I’m anxious to see how it will all end. For now, it’s a solid entry in the genre with an interesting style and setting, but in the coming updates it could grow into something even more satisfying.