I feel like there has been an oversaturation of rogue-likes from indie developers as of late. Competition is often good for business but when they are too numerous, the opposite can also have an adverse effect. Gems can very much be buried in a vast sea of fillers. A good game it maybe but unless it’s something truly impeccable, it can be quite hard to catch the eyes of the beholders. This is how I feel about this game in its current early access state. ScourgeBringer is that diamond in the rough.

Scourgebringer is a roguelike action-platformer. The gameplay flow is you go from room to room where killing all enemies is mandatory to progress further. Enemies will always drop blood which is the currency for various upgrades. Perks may also be randomly obtained from clearing a room. There is not much to the story upfront as with most roguelikes so I will get straight into the best aspect of the game: combat and movement. Specifically, how they all work together. 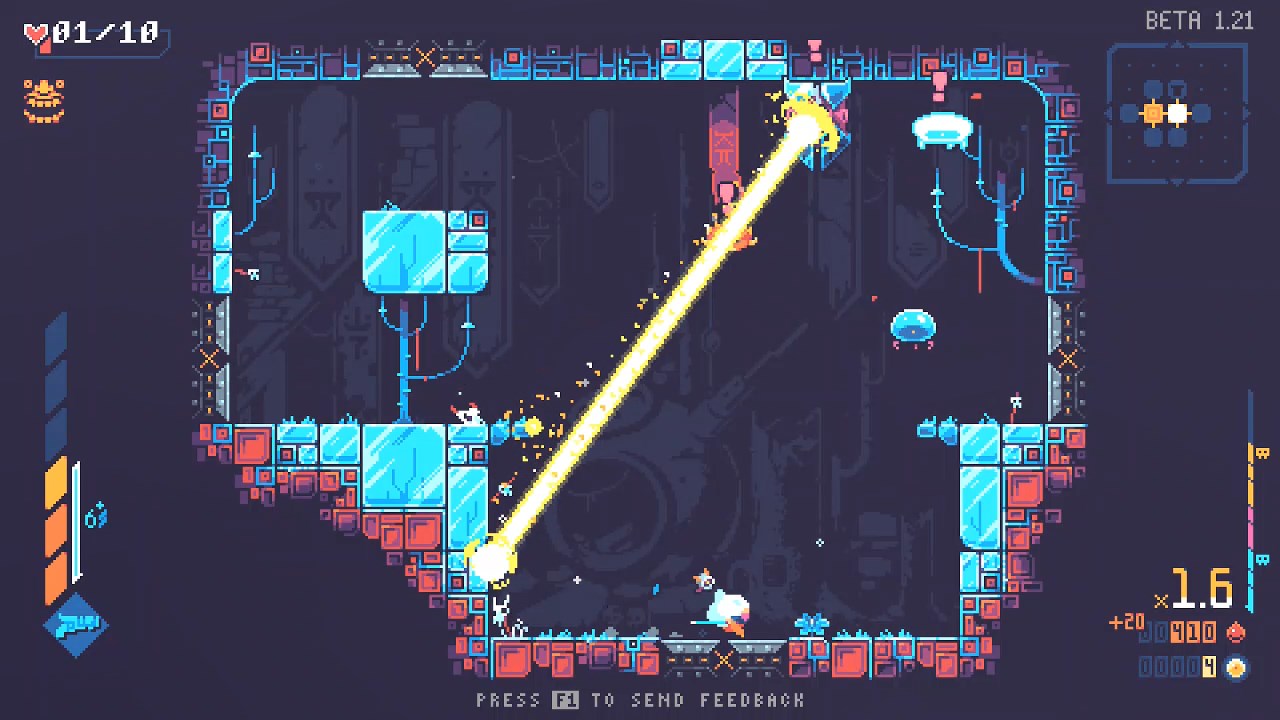 The combat is quite simple. You have a normal slash, heavy slash, and a gun. Heavy slash can stun enemies and the gun has limited ammunition that can be recharged as enemies are dispatched. Mashing a normal attack makes your character continuously attack which can be done on the ground and midair.

They don’t seem like much at first until you realize the extreme mobility options that you have access to. Take into consideration the ability to perform a dash attack with the range that has the reach of about one-third of the map, double jump and wall-jump, wall-run, and you can really get creative with how to kill enemies in style. I should mention that any attacks that hit in midair will reset the air jump. This makes it possible to clear a room without ever having to touch the ground mid-combo while dodging all the attacks flying your way then zips back for the kill. It might take a bit of time getting used to all the gears coming together at first but it’s easily the most satisfying thing to do in ScourgeBringer. 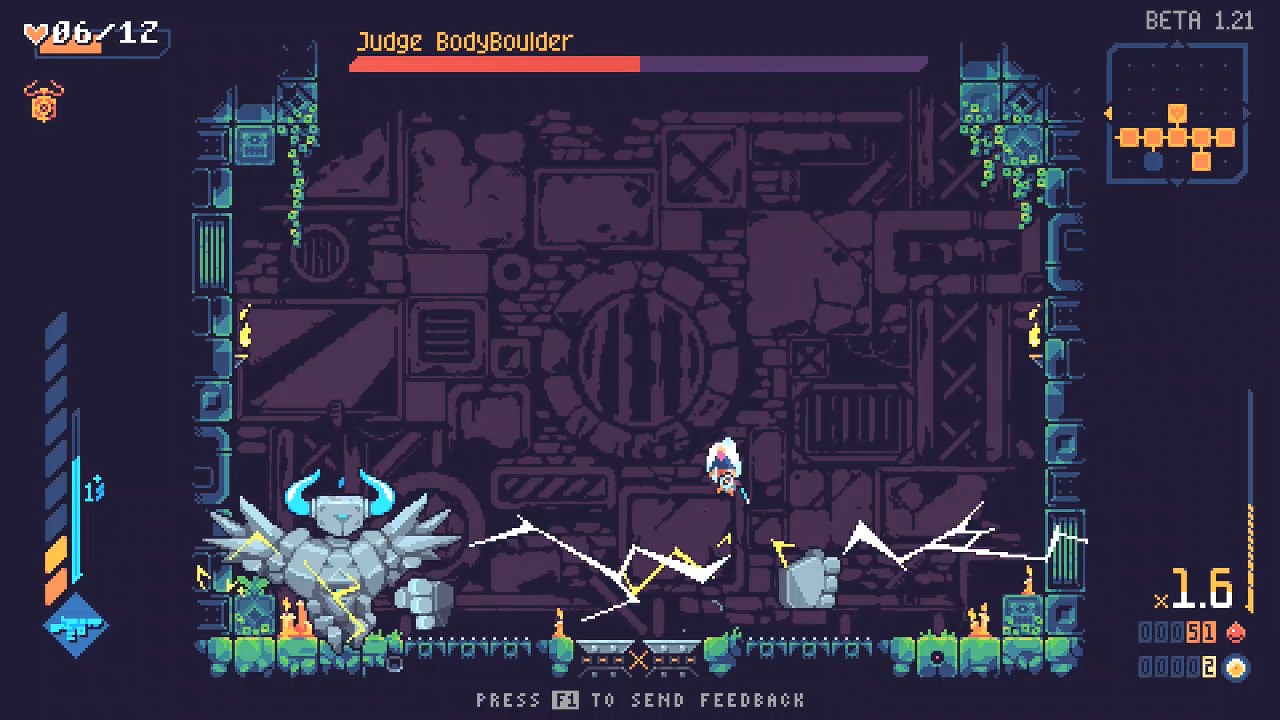 Roughs of the Diamond

As with most roguelikes, various perks may be obtained throughout your run of ScourgeBringer. Unlike the others, however, they don’t offer much here. Don’t expect to gain unique or interesting abilities beyond projectile reflection. The majority of these perks are almost always just a percentage buff to what you can already do. That is to say, it makes what you have already been doing more effective like having more bullet reserves, slash attacks do more damage, all enemies have less health. You get the idea. In other roguelikes, I’d have to pause and think to weigh the pros and cons of whatever perks are in front of me. Do I want to drop this auto laser beam gun drone for a black hole bomb that does no damage but is excellent at crowd-control? That is what I like about roguelikes: the varieties! Such things won’t happen here which can be quite disappointing. It gets to the point that I stopped paying attention to which perks do what in later runs. Swordplay and movement can only carry the game so far before getting monotonous and the perks offered in Scourgebringer does nothing to alleviate that.

Outside the perks, there is also a lack of varieties to the bosses. As far as I can tell, the bosses and sub-bosses of the same area are always the same. I would like to see some different faces from time to time or at least with different variations and attack patterns. I do hope this is changed by the time it gets out of early access.

ScourgeBringer has its good points. The swordplay and extreme mobility option make it quite fun to play. Zipping across the enemies while evading attacks by resetting jump only to dash back to finish them off is entertaining. It makes you feel as if you are speedrunning the game, in a good way. However, its own undoing lies within its lack of perk and boss varieties. This not only reduces the overall replayability but also jumpstarts how soon one may experience that feeling of monotony kicking in. The core essence of the gameplay is good but the intricacies around it still need some tinkering. As is, ScourgeBringer is a fun 2d action-platformer romp for maybe the first 3-4 hours but will nosedive like an airplane with no wings later if you are looking for varieties.