Nonchalant Exorcist vs. the Evils of Hell

A comedy pop culture Adventure with some slaying and praying

The Unholy Society strikes unique with it’s “Comic-like aesthetics”. It promises a lot of things like “Quirky, fleshed out characters”, “Unique story, inspired by all the good stuff from pop culture”, “Engaging exorcism system”, “Loads of sarcasm and humour” and a “Pope on speed dial”. But does the game deliver?
EDIT: The rating was changed to reflect the verdict correctly. 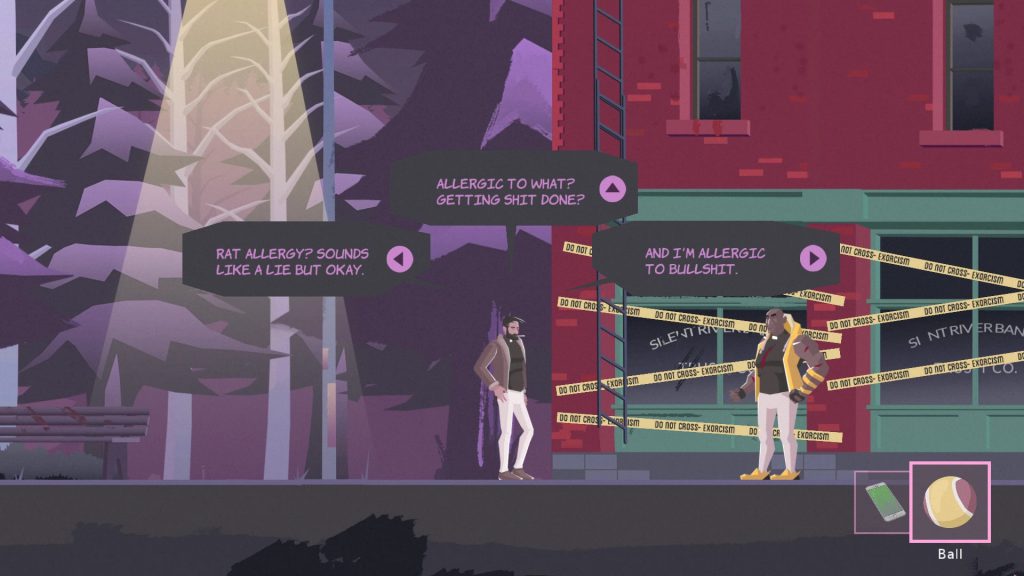 Waking up after a feisty night, our hero Bonaventura Horowitz aka “Bon” finds out that his Phone is getting spammed with calls. Who could it be and what is so important to disturb the afterglow? Disgruntled by the sudden disruption of their sleep, Bon steps forward to finally take matters into his own hands.
After some extra struggling with his date, he finally finds out what the calls were about from none other than the Pope himself… Bon’s sister is getting married and he’s invited to the wedding which is soon!
Putting his exorcism duties on vacation, he heads over to fulfill his filial duties and be the priest to wed his sister to her soon-to-be-husband in their hometown. After some additional busy bodying it’s finally time to knot the tie. But not all is well! His sister’s husband unexpectedly turns into a monster and soon it becomes a life and death battle where only one can come out alive. Needless to say, it’s our hero who prevails but there’s one little issue… Supposedly, the husband wasn’t a monster at all! Reeking of a possible conspiracy, Bon sets out to find the real culprits.

A short preface, the game has a playtime of about 1 hour. It’s an introductory story of Bonaventura Horowitz an exorcist extraordinaire with a speed dial to the Pope in case he doesn’t know how to continue. While the overall plot, is seemingly bog-standard about a jaded exorcist sisters busted wedding and finding out what lies behind it. I couldn’t find any big plot holes and even then it wouldn’t be too much of an issue because what makes it a little bit different is the comedy genre. Meaning, that you will find some skip in logic at times but these expectations are being set very early on thankfully. Everything will linearly fall into your lap with maybe one or two optional bouts.

So was there a lot of good stuff from pop culture? Thinking about it, I only caught a single reference but that could be because I’m not that up to snuff with all of them.

Moving onto the next topic: Quirky fleshed out characters. Are they quirky? Yes, but are they fleshed out? Considering the playtime you’ll already be able to guess that there isn’t THAT much room for character exposition. Most of them are short mentions of their past to establish their backgrounds. Fleshed out is kind of debatable at this point as you will only get a general idea who Bonaventura Horowitz and the other characters are without a deep dive.

It’s also worth mentioning that this seems to be only the first episode of a larger series. 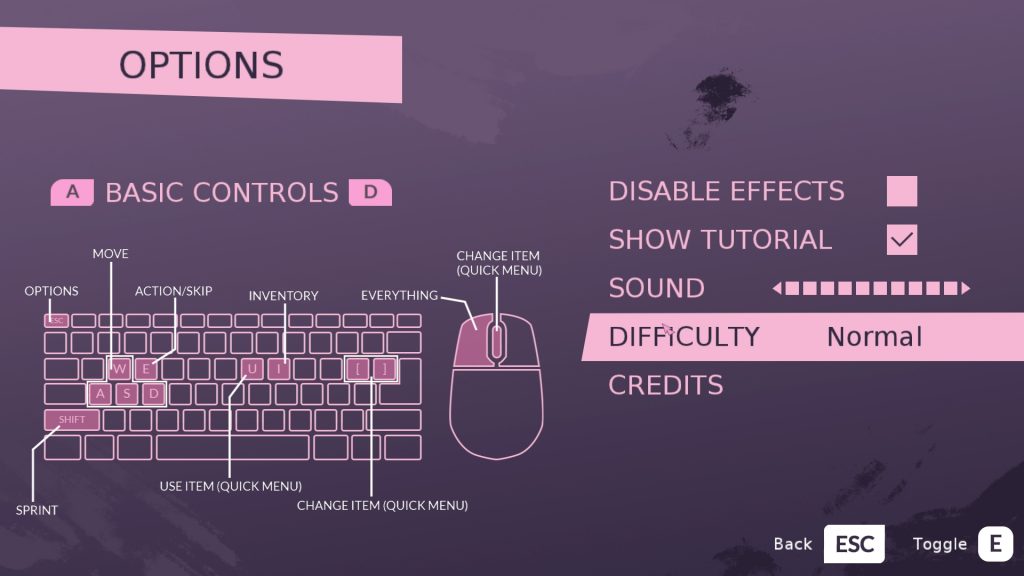 You can use either the Keyboard or Mouse to move around. After some testing, there’s no doubt that the Keyboard is the best option when it comes to adventure mode. In battles, the mouse proves to be a better choice but it has some strange quirks to it since you have to hold down one of the buttons to even move your cross-scope. 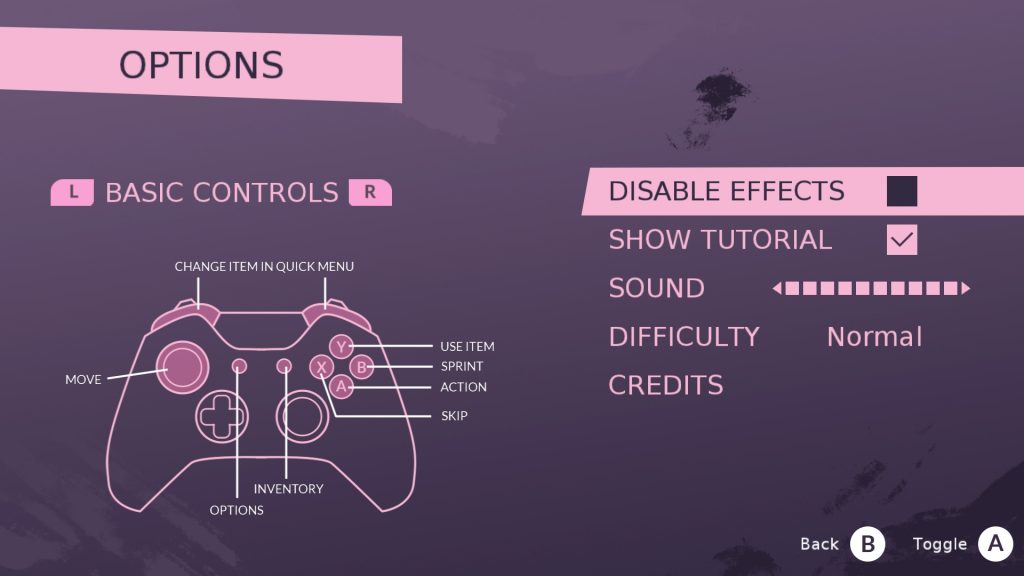 As a veteran console player, this is the preferred option. No need to talk about the adventure mode since there are no complicated actions required and everything is at a buttons distance. The battles were the most surprising thing. I was assuming the worst but it was very comfortable and at least on par with K+M.

Frankly speaking, the story and visuals are most definitely the main events of the game because what’s awaiting you is a very linear adventure game about going from A to B, find item X around the corner and Exorcism.
Speaking of Exorcism, this is probably the biggest differentiator when it comes to gameplay, which is why we take an extra in-depth look at it.

Exorcism (Fixed Events)
Most of the fights are premeditated and 1 or 2 are optional depending on how you handle things. Besides, when things get too hard you can still switch over to an easy difficulty to smooth things out. On the first K+M run, I died multiple times at the later fights but after getting more savvy and comfortable at the second run with the controller it was all smooth sailing with both on Normal.
There are multiple things you have to take into consideration.

The Fight System
You and the opponent have each a life bar, the winner is whoever depletes the other ones first. That’s simple enough!
Now, this is where things get a little bit more different. In the middle between the life bars, you can see a countdown. This countdown marks the time of the next attack of your opponent. The longer the countdown the stronger it most likely will be!


You have a special item that lets you see different symbols around the monster but it only has limited sight. Therefore, you have to move it around the screen to find and combine them into specific orders to attack. Every time you combine wrong or succeed in an attack the symbols will reshuffle requiring you to find them again.
Your goal is to attack as many times as you can before your opponent does. When you get hit by the opponent all symbols will get reshuffled. The symbols are completely RNG but should always at least give you an attack option from what I experienced.
You have to find the symbols, remember them and combine them in sequence for optimization. But what are those sequences?


You know how to attack but before each fight, you can decide up to 3 attacks you will utilize in it. The more you progress, the more attacks get unlocked up to 5. So here’s the thing, each attack requires a specific sequence in symbols which means the longer it is the more difficult it will be to use them.
My preferred option was Light, Medium and Life Recovery Attack to cover all symbols. The Heavy Attack requires 3 same symbols which is a risk in itself. You can find it but how likely is it going to be in a pool of 3 Symbols and about each time a pool of 5 for each attack?
Then there are…

Items
These are like attacks that get gradually unlocked as you go on into the story and are based on Cooldown. There are 4 items available in the whole game which covers: Life Recovery, DoT Heal, Defense Buff, Attack Buff.
Making use of these will be critical in your fights. Life Recovery is recommended to be used early because of the long cooldown, DoT Heal applies the same as you won’t gain anything in hoarding it.
The Attack Buff could benefit from a little bit finesse. Considering you want to activate it when you have a big attack queued up for guaranteed extra damage.
The Defense Buff, on the other hand, requires you to keep the opponent’s timer in view. When a long-timer is going down you’d want to have this one ready to reduce a little bit of the incoming devastating attack.

To sum things up regarding the gameplay, it’s a simple and straightforward adventure game with some fighting. The latter having too much random elements marring my experience to a certain degree. Does it mean you won’t like it either? Not necessarily!

It should be completely impossible to get stuck and even then you can speed dial the Pope for some additional advice. As mentioned before, you’ll be looking at a playtime of about an hour. There are only 2 small main locations where you spend most of the time-traveling from point A to B.
Unfortunately, unless you like the fights you’ll most likely find nothing else to do. Optionally, there are 4 comics to be found that should add a little bit to the lore but they are very short and extremely hard to miss with the final one being part of the story.
On a special note, this is the very first game I managed to get all achievements and that in about 2 hours so if you’re looking for an easy one… This is it.

The visuals are one of the best parts of the game featuring simple cardboard cut out like style reminding a little bit of South Park with normal body proportions. The character designs are pretty unique albeit with a certain grade of simplicity but it doesn’t hamper their characterization at all.
The comic-style presentation in story moments adds to the atmosphere but you won’t see much use of that. 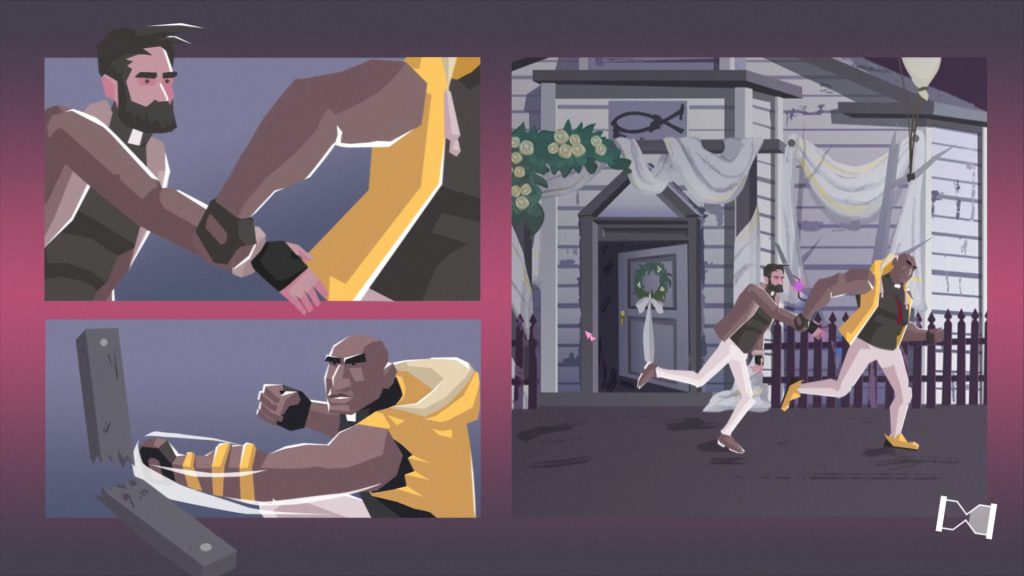 Not much can be said about the music as I don’t remember any of them except the final encounter as it has a rock-like song accompanying it. Nothing bad but also nothing memorable.
It’s also important to note that there is no Voice Acting employed which means everything is text-based.

Putting everything together, it’s a solid game and it depends on your taste whether you will find a good time with it or not.
If you like what you’ve read so far then you can go for it, for sure.

Otherwise, I can see how people would consider it a relatively high price at 10 bucks when you look at the price/performance ratio.

I was entertained but not blown away at any point and coupled with the playtime it becomes a rather particular game. Though you can consider me interested in the continuation of the story as the characters do have a certain charm to them.
It’s neither bad nor great middling at a solid/good. Therefore, it gets a Save for Later since it has to hit your buttons with little wiggle room.
The store description doesn’t mention any additional Episodes so I guess it’s safe to assume that this is the whole game until stated otherwise.

If you’re interested in playing The Unholy Society you may be in luck! Ask JimDeadlock on our Discord server and he may have a free key for you, if you’re quick!