The Nigeria – Additional Nation DLC adds Nigeria as a playable nation that includes its own unique country trait, diplomat, exfiltration city, 2 scientists, and 4 agents (see: spies). This all means more than just some numbers, as Sigma Theory: Global Cold War has a lot of facets to its mechanics. Nigeria offers up more of the same from the base game in addition to helping make the map of the game look like it’s full of potential. 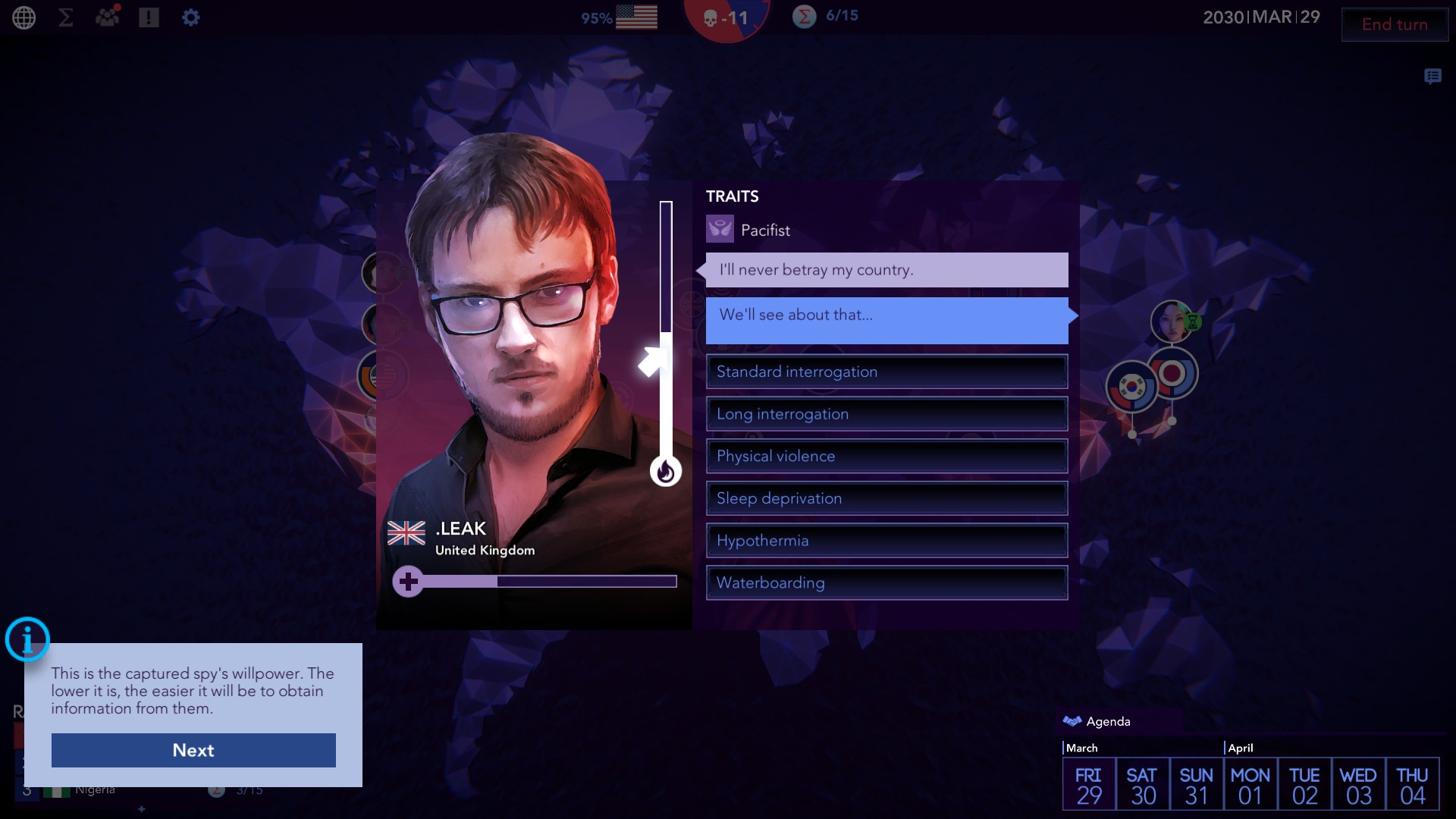 Sigma Theory takes place not too far in the future where people have augmentations, impeccable style, and takes headshots like they want to be in the next Bladerunner. The titular “Sigma Theory” of the game is a new kind of science on the verge of a discovery that makes things like teleportation or immortality possible. This, of course, touches on the sci-fi fear and ethics that should feel cozy to Black Mirror or Deus Ex fans.

Of course, this would cause all kinds of political turmoil and as the director of Sigma for your country you will send out agents to steal scientists or get dirt on diplomatic leaders, try to wrestle with politics face to face or under the table, negotiate with terrorists and influence groups, and so on, all while the Doomsday Clock ticks back and forth depending on choices and actions you take. Victory requires loads of scientists and getting them is only possible with 4 agents, 2 drones, and lots of luck.

There are 2 main pieces of turn-based gameplay to Sigma Theory: the global map portion and the exfiltration missions, and this boils down to a lot of reading through traits and dialogue. On the global map players assign scientists to research different branches of science, handle random encounters like enemy spies or betrayals, meet with diplomats to try to raise diplomacy or get extra research points, and assign agents to different countries to find scientists in preparation for exfiltration. Turns are counted as days and things like hacking or finding weapons will require a certain number of days depending on stats. Once scientists are found they have to be recruited 1 of 4 ways: seduction, bribery, conversion, or the least advisable option of straight-up kidnapping.

The exfiltration missions play like a Choose Your Own Adventure games with trait and stats checks. Maybe you send an agent that is good with vehicles and RNG presents you with a random encounter that allows you to commandeer a car . Or, RNG decides to give you multiple cops and soldiers blocking your path and your agent refuses to hurt anyone. Drones can help a bit as well: a tactical drone can sometimes let agents bypass confrontations peacefully, a military drone can launch missiles that will deal with the enemies but also any nearby civilian thus leading to some awkward apologies next tea time.

The main action required by players is reading and trying to find the best fit for different people. For example agents have 2 stats, Strength and Intelligence, but the agents’ traits are what require more thorough investigation as they can impact agents negatively or positively. For instance, even an agent with low strength and mild intelligence can be useful for converting a scientist into a double agent if they have the Seducer trait. However a trait like Bloodthirsty means that your exfiltration with them will always include killing enemy soldiers or even civilians. Browsing through traits extends to scientists and diplomats as well. Scientists and agents can gain new traits based on Sigma research, helping certain groups, or even failing at certain events like not allowing an agent to see a contact they have fallen in love with. 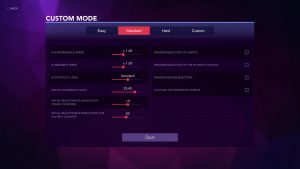 The 3 modes available are Custom, Story, and Classic. Classic mode lets you choose any nation, each of which has their own special traits, story mode adds extra missions and dialogue but is locked to the US, and custom mode disables achievements but allows the player to customize a number of different things like research speed or the Doomsday Clock. 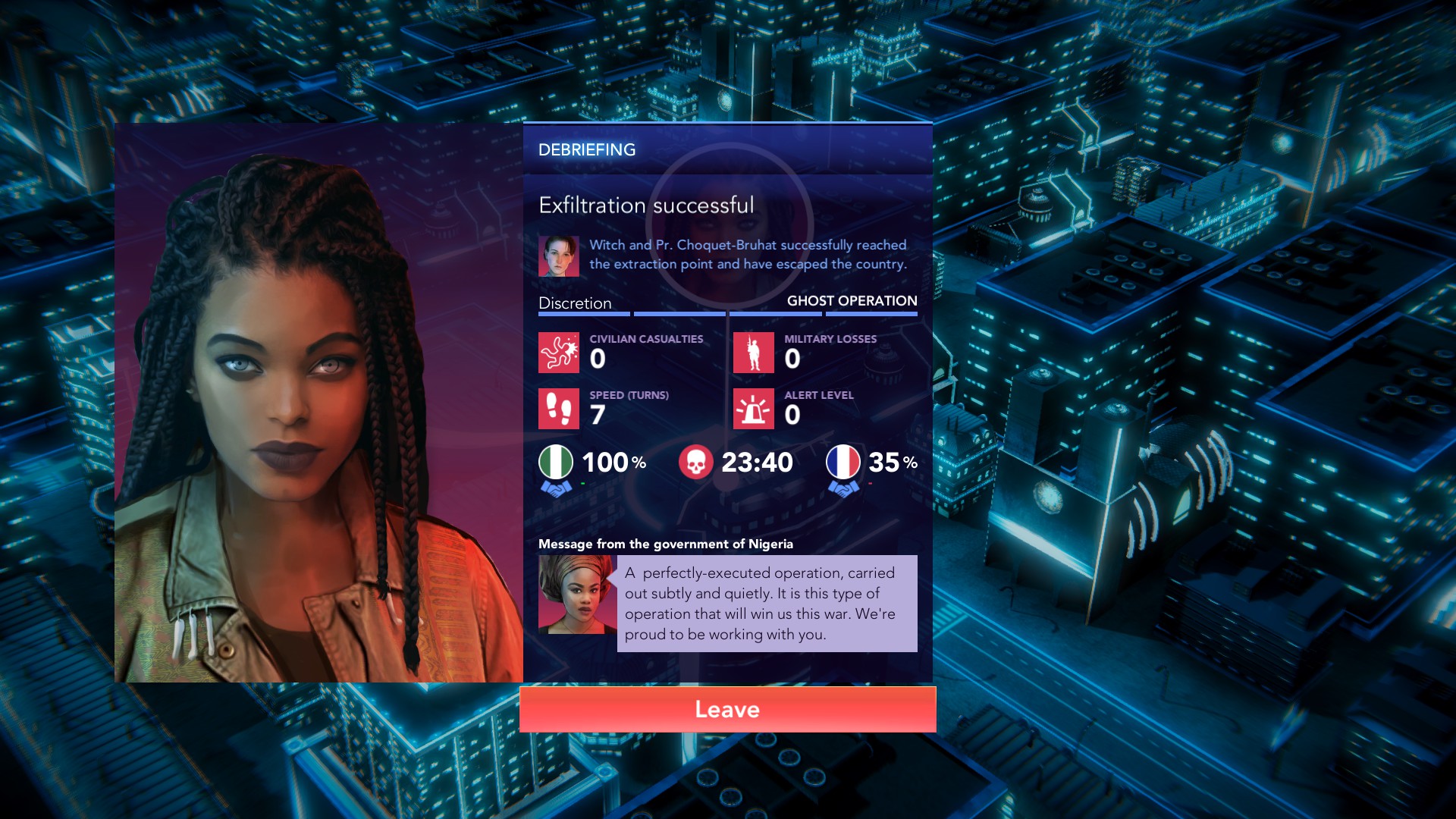 Unity and Faith, Peace and Progress

I’m barely glossing over Sigma Theory’s mechanics and it’s a game of intricacies and the addition of Nigeria just adds more spinning wheels to the machine. The nation’s trait offers them immunity to armed terrorist groups, but not to influence groups. Terrorist groups can be annoying, as they often require you to sabotage a country lest you face scientist or agent execution, but the influence groups can just as easily lure away scientists and agents, they just sound less threatening. Nigeria certainly doesn’t have the worst trait, as it does remove some unpleasant events during a standard playthrough, but it also isn’t overpowered.

The scientists and diplomats, or a country’s world leader, don’t matter too much. Diplomats can be investigated for help in handling meetings, but meetings are pretty optional with good agents, especially those that are good hackers. Scientists are so easily stolen and moved that these any scientists are hardly special. Checking a scientist profile boils down to playing to their weakness: this scientist hates women and easily corrupted? Send in a male agent with the Negotiator trait and high intelligence. Essentially these parts just add a few more portraits that pop up during the game, because unfortunately, dialogue is the same for about every diplomat and scientist.

The real meat of the DLC are the agents. All spies can be recruited by anyone no matter what country you play as, though some agents might have recon with certain countries (good), or an arrest warrant there (bad). The 4 new agents are .Warrior .Pure .Dealer and .Witch. The game relies on archetypes and silly codenames, but that doesn’t make the addition of a low intelligence child soldier seem a bit tactless. Due to how much of a hindrance the Bloodthirsty trait is, .Warrior the child soldier isn’t a great addition to most teams unless you plan on spending every day giving research to a countries to help cool them down. 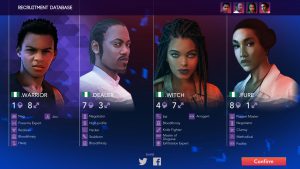 On the complete opposite end is .Pure: she has really high intelligence with no strength. She is also a Pacifist, the opposite of Bloodthirsty, and has traits that boost bribery and conversion. Her only drawback is her Clumsy trait, but that is one piece of RNG that I was spared on multiple playthroughs. As a hacker, .Dealer is a bit of a strange choice because hackers are best kept at your home country while they hack, thus none of his traits, good or bad, really matter and his intelligence is average for a hacker. Lastly, there is .Witch who is a much better option for a strength-oriented ground agent: she has a number of traits that make it easy for her jump right into exfiltration operations and succeed while her intelligence is passable and can even be great with the right buffs. 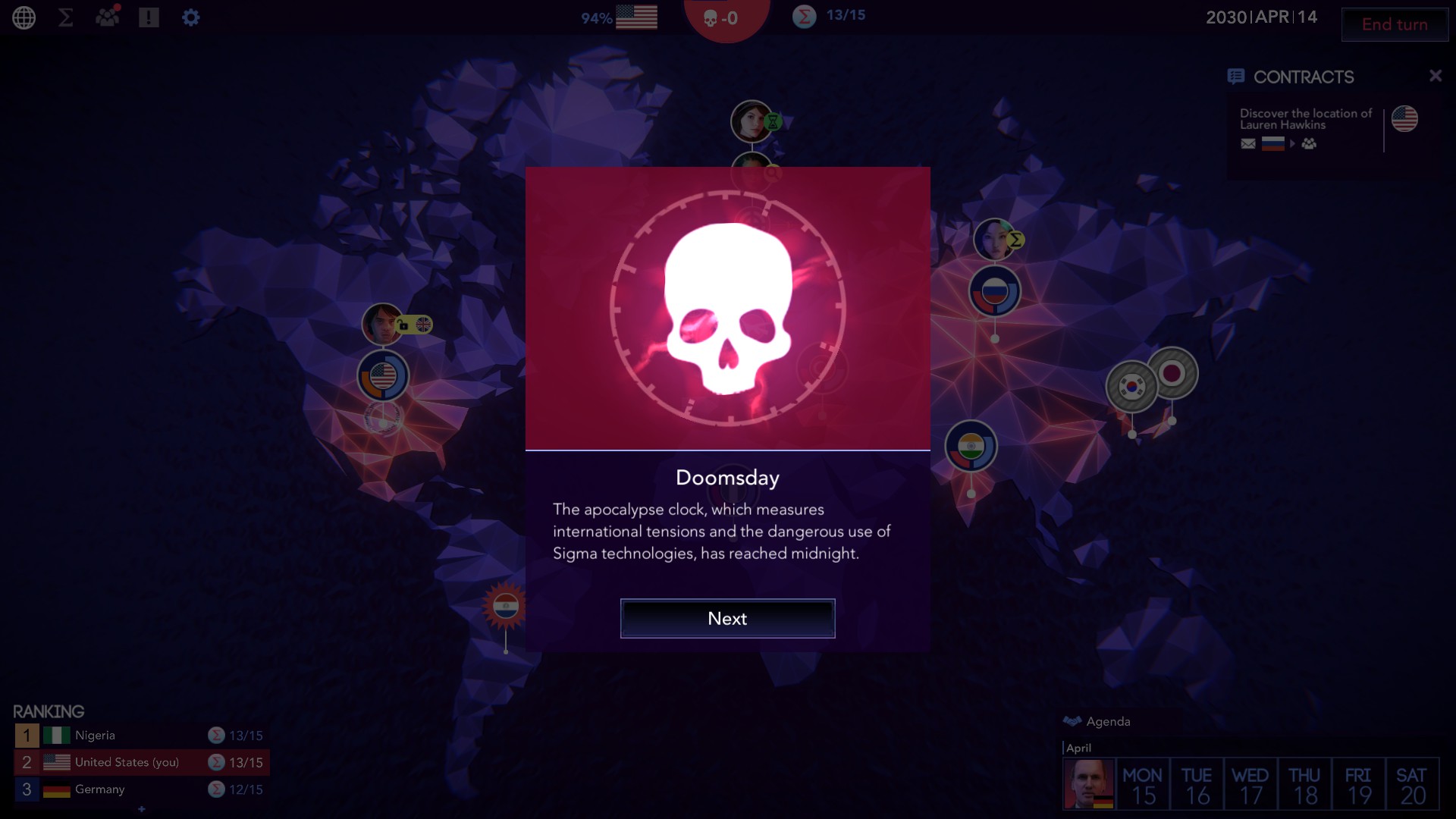 Coming in from the Cold

The base game itself isn’t perfect. Muddled, clumsy, frustrating these are the last words you would want to describe such a stylish looking bit of espionage thriller and strategy. Some parts of the game could just be made more intuitive: there are often events that grant upgrades to agents or scientists of your choice, but sometimes the traits you are giving aren’t detailed or the character traits already possessed aren’t shown. Had I known this scientist had a perk that made him bad at his job (literally the Charlatan perk), I wouldn’t have wasted a perk that made him so permanent. Given all the screens you have to read some more sorting options would also be useful like arranging by stats or certain traits. Sometimes RNG and skill checks also feel imbalanced: there is a common scenario where your agent will approach an area full of security cams where he can avoid them or hack them, but both of these require high intelligence, or the Hacker trait can help with the cameras. Either way, muscle does no good. That ultimately is the biggest fault of Sigma Theory: you should play as quiet as possible with little gunning, explosions, gadgets etc. Why offer drone strikes or mech-suit soldiers when using them severely punishes the player?

Sigma Theory, much like the games that inspire it like XCOM or Tropico, is all about the little moments. Using blackmail to steal top scientists, having a weak agent successfully survive a string of disasters during exfiltration, or even causing the end of the world because you fumbled a hack that triggered the next world war. When the game works, it really shines: at around 2 hours a session no loss feels big but the wins feel satisfying. The Nigeria DLC feels like a no-brainer if you enjoyed the base game, but if you were on the fence it won’t change your mind.