ARTICLE: The Most Underrated Movie to Video Game Crossovers of the Decade
Add comment
Share:TwitterFacebookRedditPinterestWhatsAppEmail

ARTICLE: The Most Underrated Movie to Video Game Crossovers of the Decade

Let’s face it: The 2010s were pretty awesome for gamers. The decade brought us releases like Fortnite, Overwatch, Dark Souls, The Witcher 3, God of War, Destiny 2, Minecraft, Grand Theft Auto V, The Legend of Zelda: Breath of the Wild and Red Dead Redemption 2. Of course, that’s only scratching the surface of perhaps the most ambitious and fruitful decade in gaming.

It was also a decade that saw the continued attempts to turn video game material into movies and television series. Sometimes this works (The Witcher, Tomb Raider), whereas other times it fails (Prince of Persia: Sands of Time), and sometimes we don’t know what to think (Detective Pikachu).

And yet, there is also a trend of using the movies to make video games, which can be just as problematic as the reverse. Too often developers concentrate too much on trying to make the game look like the movie, forgetting about basics like enjoyable gameplay. However, there have been several releases of this manner that we think didn’t get the love they deserved. Below we count down some of the most underrated movie-based video games of the 2010s:

To be fair, this game didn’t get panned by critics – far from it. Most reviewers hovered around the 7/10, 8/10 mark. Middle-Earth: Shadow of War does have some issues, including unnecessary and laboriously boring storylines to get through. However, it’s one of the most ambitious LOTR games ever created, featuring wild combat scenes and some incredibly inventive gameplay. Definitely worth another look.

Can you think of a movie better suited to having its own video game? The post-apocalyptic world of Mad Mad: Fury Road should have been a penalty kick for Avalanche Studios to cash in on the movie’s success, but it wasn’t the smash hit the developers expected. That’s a shame because there is a lot to love about Mad Max and plenty of reason to revisit it. Yes, the storyline is fairly weak if that’s your thing, but there is a brilliant climax. 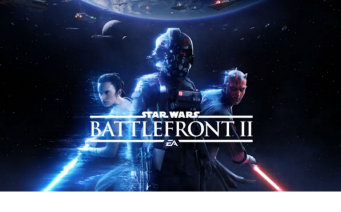 It should be said first off that Star Wars Battlefront 2 is a different game now compared to on its release date, as EA cleared out many of the bugs and sorted the controversy over loot boxes. It is perhaps one of those games not weighted down by its source material, but by the fact that its predecessor was so adored by gamers. A sequel should be bigger, brighter and more ambitious. Does SW Battlefront 2 achieve this? Perhaps not, but as a standalone game, it’s still excellent.

Not exactly a series of video games, but Playtech’s range of branded slots based on DC/Warner Bros. movie output is so ambitious it’s worth mentioning. You can check this website for more details on the DC games, but it’s enough to say that the likes of Justice League, Dark Knight Rises, Suicide Squad and lots of other DC movies have been turned into mind-bogglingly sophisticated slot games.

Arguably the best James Bond game ever created, but nevertheless one that doesn’t get enough love in our book. Okay, a lot of the game feels a bit dated ten years on, but Goldeneye 007 deserves respect for setting the tone in terms of gameplay, mission structure and multiplayer options for many games to follow. It’s fitting that it was one of the best games released at the start of the decade because many of the best at the end of the 2010s have clearly learned from Goldeneye 007.