It’s 2084. The technology has made leaps since the present day, but on a socio-economic level, the world has declined quite substantially. The amount of inequality between the rich and the poor is so big that many people live in squalid conditions, in big apartment blocks with maze-like corridors, and human rights are at their minimal, with corporations being able to get away with very questionable practices. We take the role of Dan Lazarski, who has a very special job. He’s an observer. Observers are investigators who have cyber enhancements to allow them to connect into other people’s minds and see their memories played out, which is useful for gaining important information and solving crimes.

One day he receives an urgent phone call from his son, asking for help, whom he hadn’t seen in a while, which inevitably leads us onto multiple murder investigations, and our job is to piece all the clues together and get to the bottom of this situation. 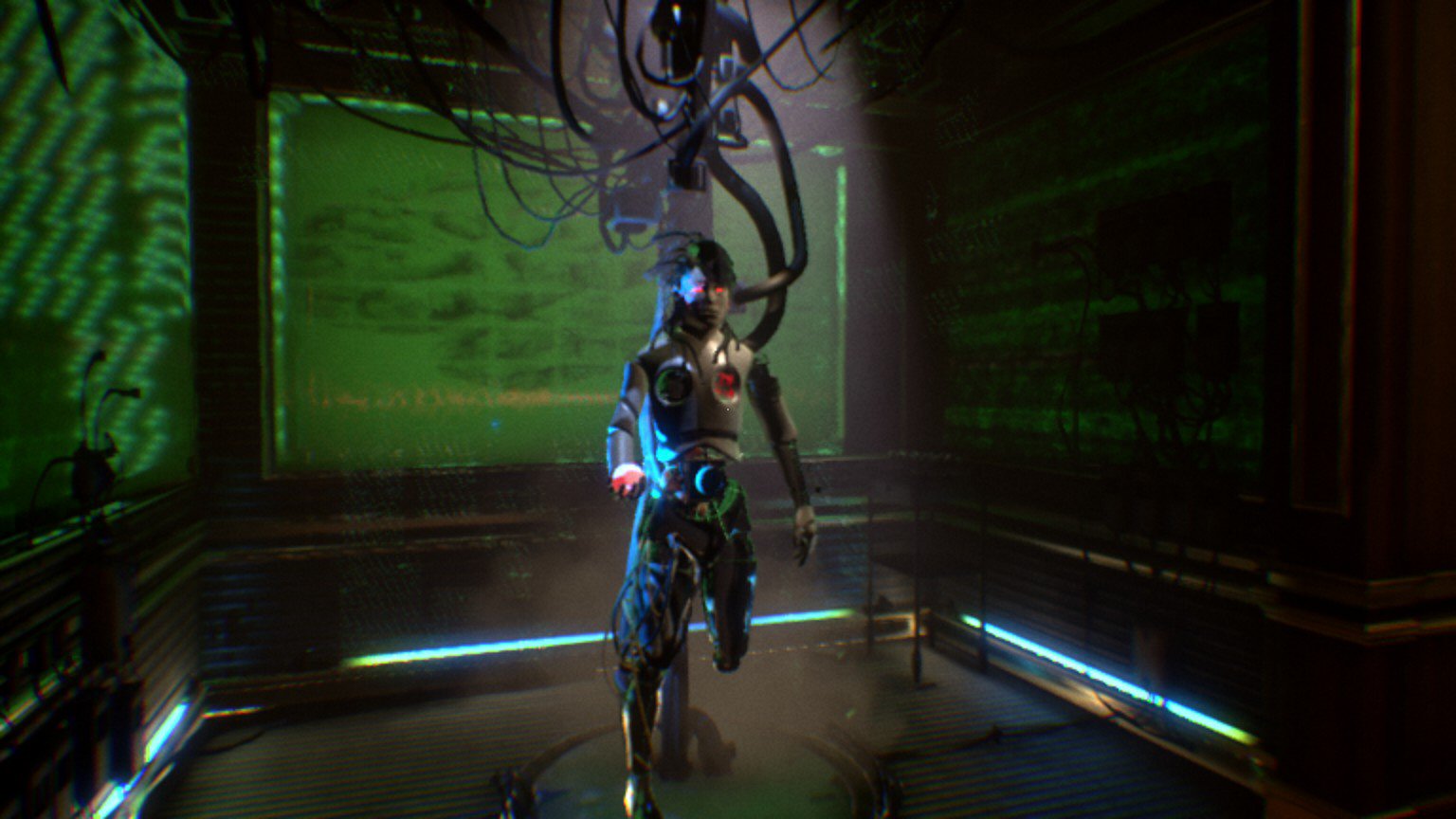 The gameplay consists of two main aspects here. We spend half the time exploring the huge apartment building for clues and investigating murder scenes, and the other half the time we engage in the mindhack sequences when our protagonist uses his cyber implants to connect to the minds of the victims and witness some of their memories.

The murder scene investigations and exploration around the big apartment block are pretty fun and suspenseful. We have to use all the tools at our disposal – the different vision modes to detect important items of interest, knocking on doors and talking to residents through the intercom, reading information on emails in people’s computers, and so on. You really do feel like a badass detective who is on an important case, and a lot of these interactions with the residents and the environment give a lot of depth on the game’s world and background.

The mindhack sequences I have mixed feelings on. On the one hand they can be brilliantly twisted and messed up and are nice at disturbing you with some revelations about backstories of the victims. But on the other hand, they can be a little too random and throw annoying mini-games your way or annoying visual and audio effects. They also drag on a bit too much too and can get really tiring at times. 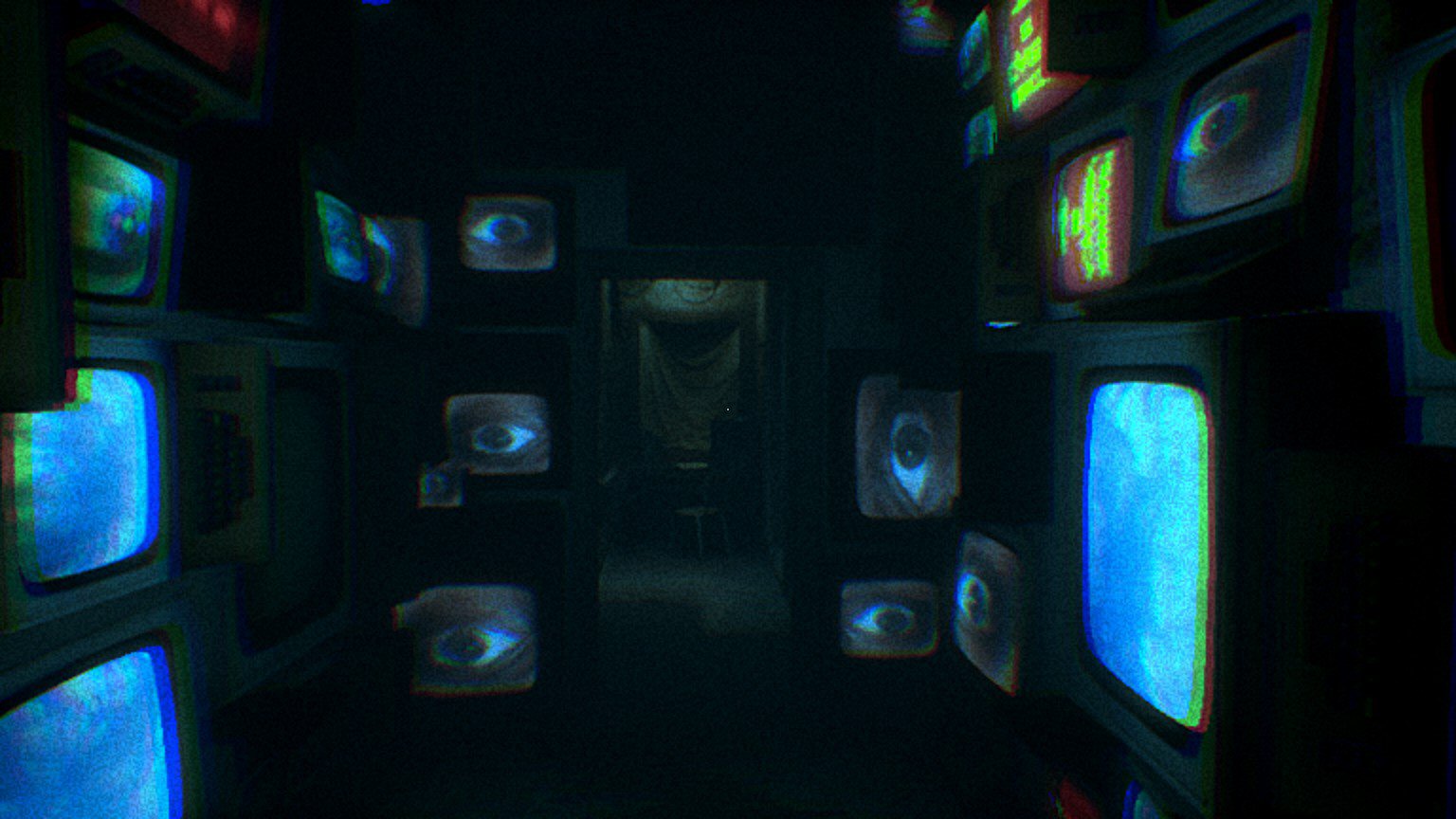 In some of the mindhack and dream sequences we also have to engage in the stealth gameplay, where we’re being hunted by some kind of dream monster (possibly a representation of a computer virus) that gives us an instant game over if it spots us and attacks up close. These stealth sequences come up regularly and take place in different areas. I personally thought they were a little out of place and detracted from the game’s pacing. In a way they added an extra tension to the game, but they also stalled the progress a bit too much and could’ve easily been omitted.

One of the stealth sequences almost made me want to stop playing the game because I kept getting caught by flying police drones in a big cornfield and the game never explained that crouching whilst inside the denser patches of the field makes you hidden to the drones. It’s something I discovered by trial and error.

Generally, I would’ve preferred for lesser time doing mindhack minigames and more time searching for clues of the investigation in the real world, but the game does a fine enough job mixing both and varying the pacing this way. So, it’s an interactive story at heart with some puzzle solving and some stealth. 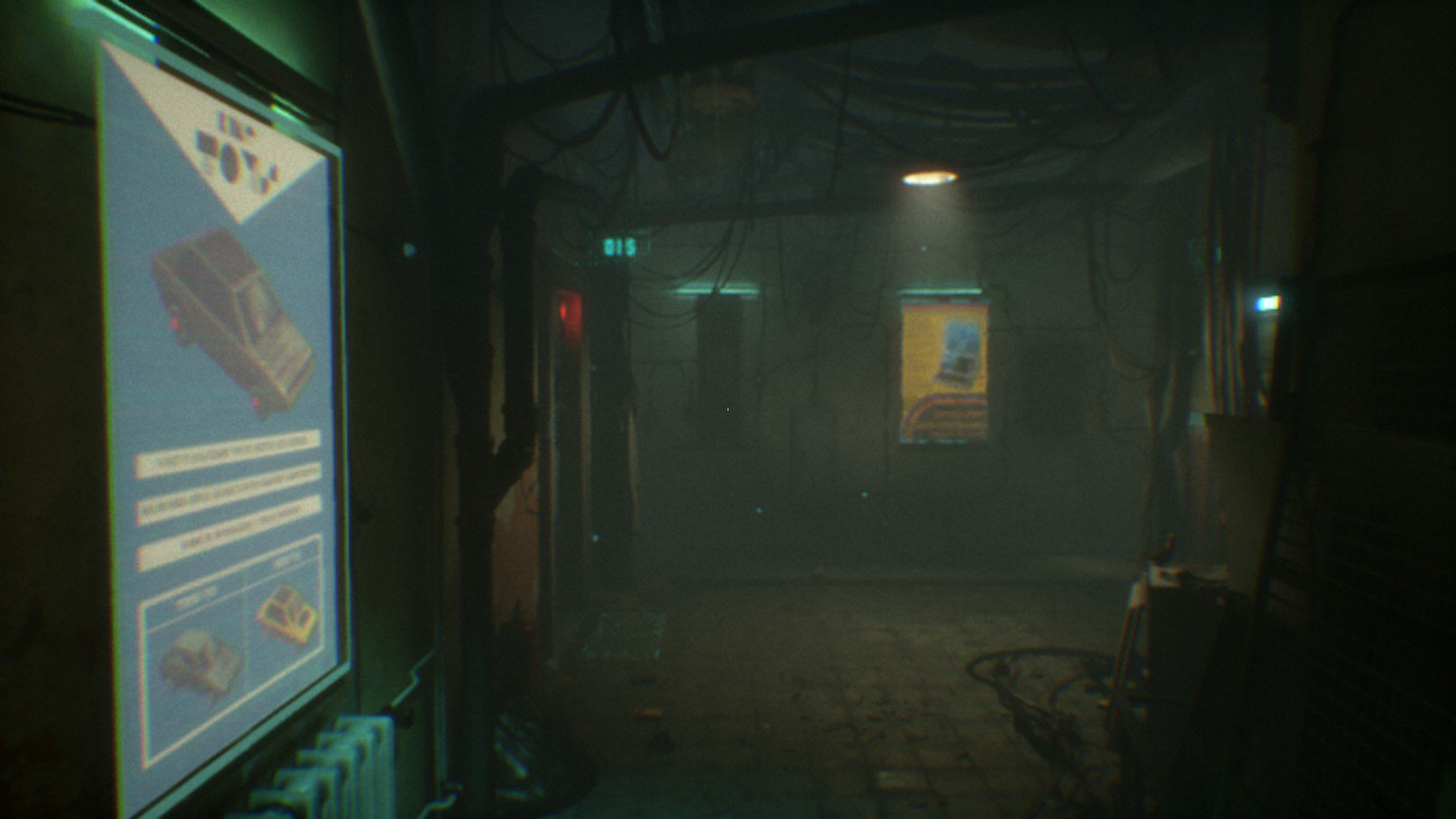 The game unravels the story to us gradually and in different ways. The aforementioned mindhack sequences reveal parts of it, but the clues in the environment such as the items we find and the emails we read on people’s computers also provide us with useful information. We get to uncover a lot of world-building this way too, getting a very vivid taste of how bad the living conditions and social situation of most of the populace is in this world, how the citizens are graded into tiers, with the higher tier ones getting a chance to live in nicer places and having more opportunities, whilst the lower tier ones being crammed into tiny, filthy apartments and forced into horrible jobs where they have no employee rights whatsoever.

There is also a theme of cyber augmentation and how it affects people’s lives, with many of them experiencing problems with their implants or losing their humanity altogether.

Without giving any story spoilers away, I found the main plot to be decent and with some nice twists. There were a few prominent characters present too, some of which were dead but were important for the backstory. The game plays out almost entirely inside the big apartment block, which ends up getting under a lockdown when we’re there. So, considering we never properly step out into the rest of the city, the plot manages to stay interesting and is executed well. 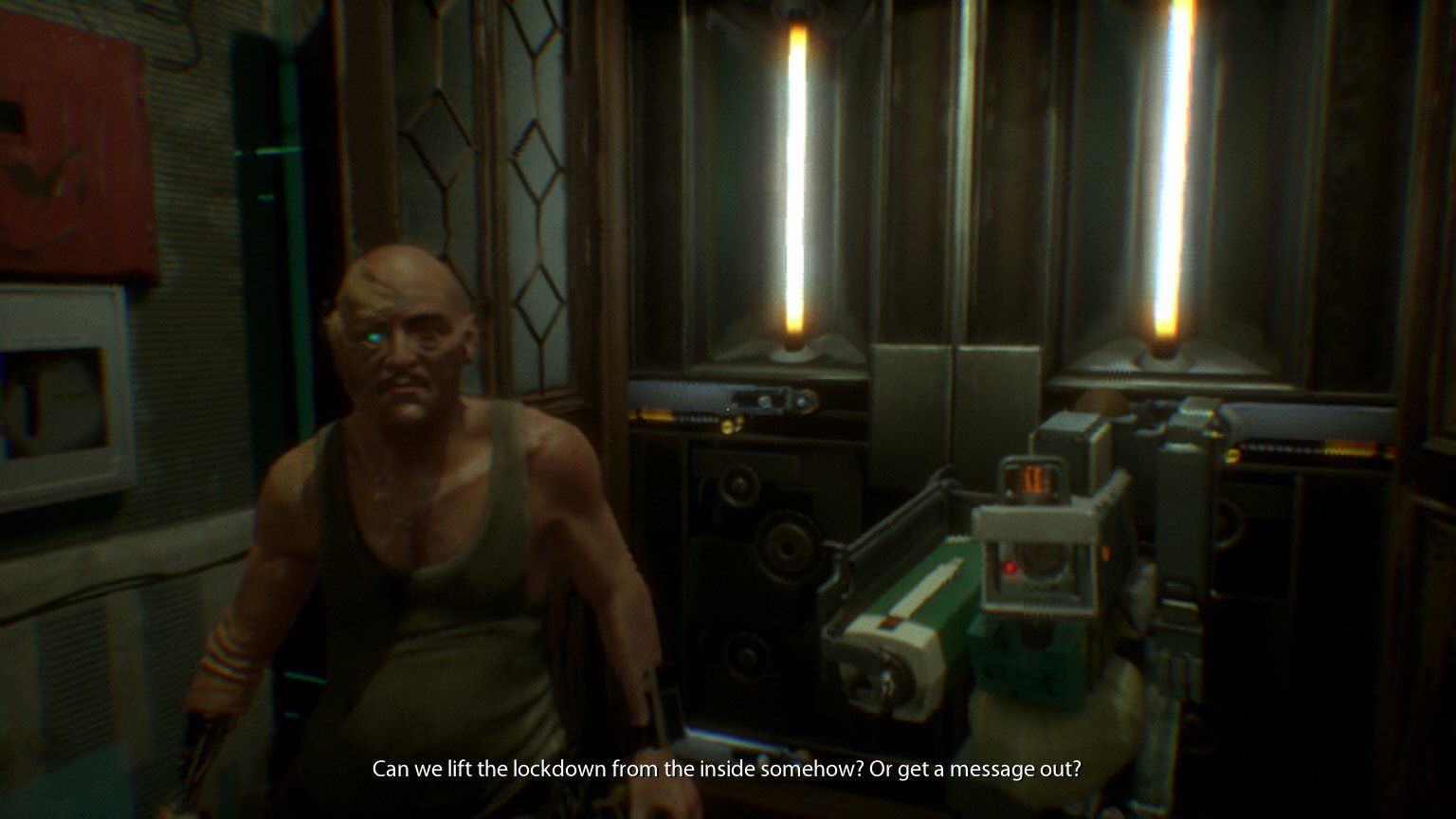 The game’s visuals are quite dark and somewhat bleak. They do an excellent job of conveying a rundown location of a dystopian society. The whole atmosphere is quite oppressive and tense, as though there’s danger around any corner in this building, despite being a residential apartment block.

The game goes to great lengths to give little details in the environment for the sake of world-building and creating atmosphere. Like for example when exploring one of the seemingly empty apartments, you’d suddenly come across a glimpse through a narrow gap of someone having hung themselves. Or when exploring the basement parts of the apartment building, we’d see a surprisingly big number of apartments being located right there, in the muck and trash-infested corridors of the basement, making you wonder how could someone even live there.

The music is mainly lowkey and in the background, helping to amplify tension most of the time and at times even signalling to us when the stealth sections have started (they have a distinct ambient sound to them). The voice acting is great and believable. The main character’s voice is quite fitting to his personality, sounding rough and with hints of cynicism and sarcasm. The voices of other characters were also pretty good and none stood out as bad. Voice acting, in general, is AAA quality across the board.

In many ways, as far as tension and atmosphere goes, this game is top of the charts. That would be its strongest aspect, I’d say. 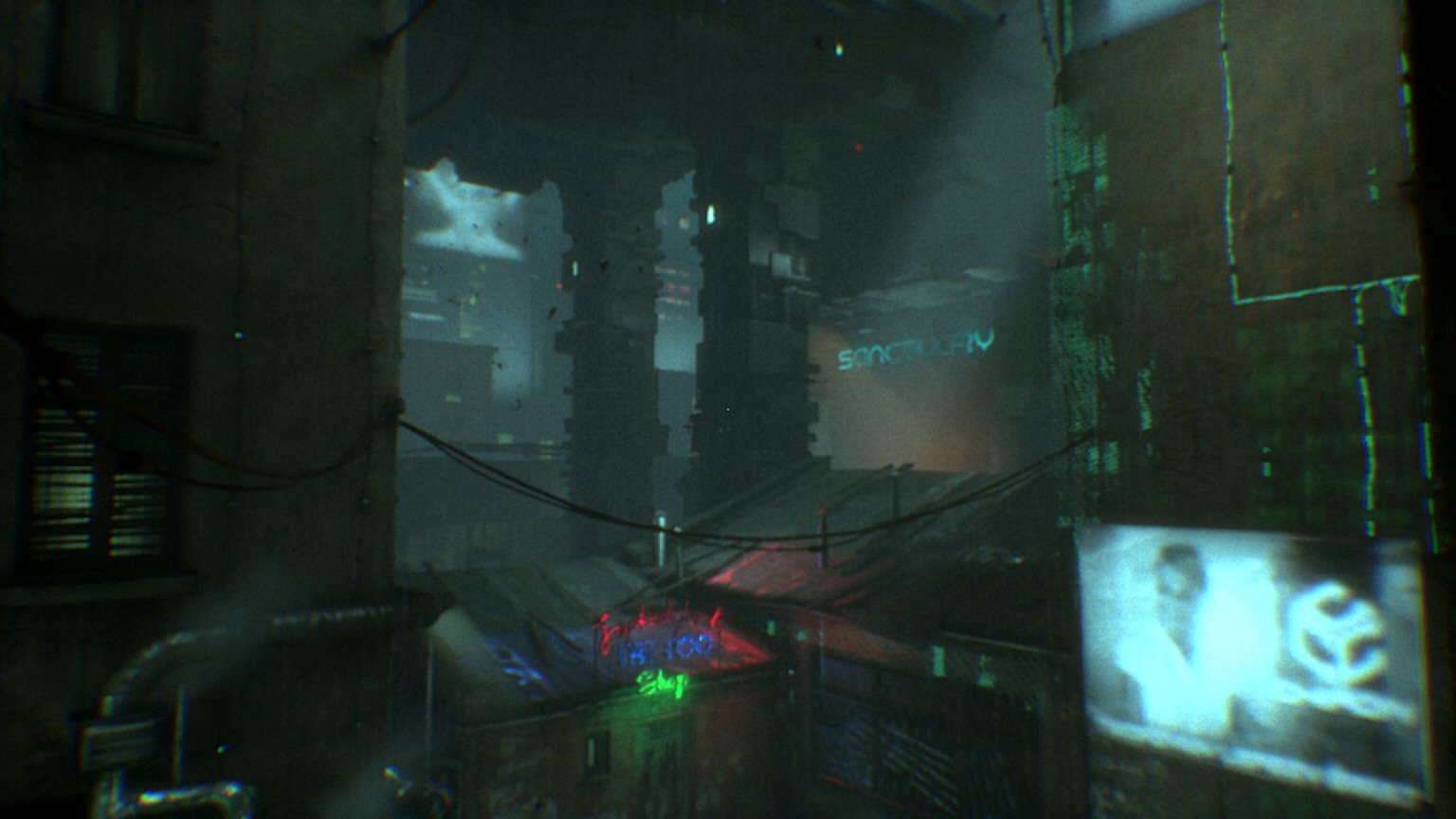 Some parts of the mindhack sequences were somewhat on the annoying side and a bit too random at times. These parts could’ve easily been shortened and some of the jarring and seizure-inducing special effects could’ve been removed. But otherwise those parts of the game revealed some interesting background about the characters and the story. The investigation and exploration parts happening in the real world were in my opinion much more fun and executed better.

So, despite a few flaws and annoyances, I think this is a solid thriller with a superb world-building and a highly palpable tension that will keep you immersed till the end.