Death happens to everyone, but what happens after death? What happened to you?

Your story retold along the journey to Elysium

Journey for Elysium is first and foremost a story-driven game taking place within an ancient Greek Afterlife. You, a nameless hero, have perished and are going through your final journey through the afterlife. Throughout your journey, you will gain a better understanding as to who you were in your life and what lead up to your unfortunate end. However, you might come to learn that something in your past just doesn’t fit. 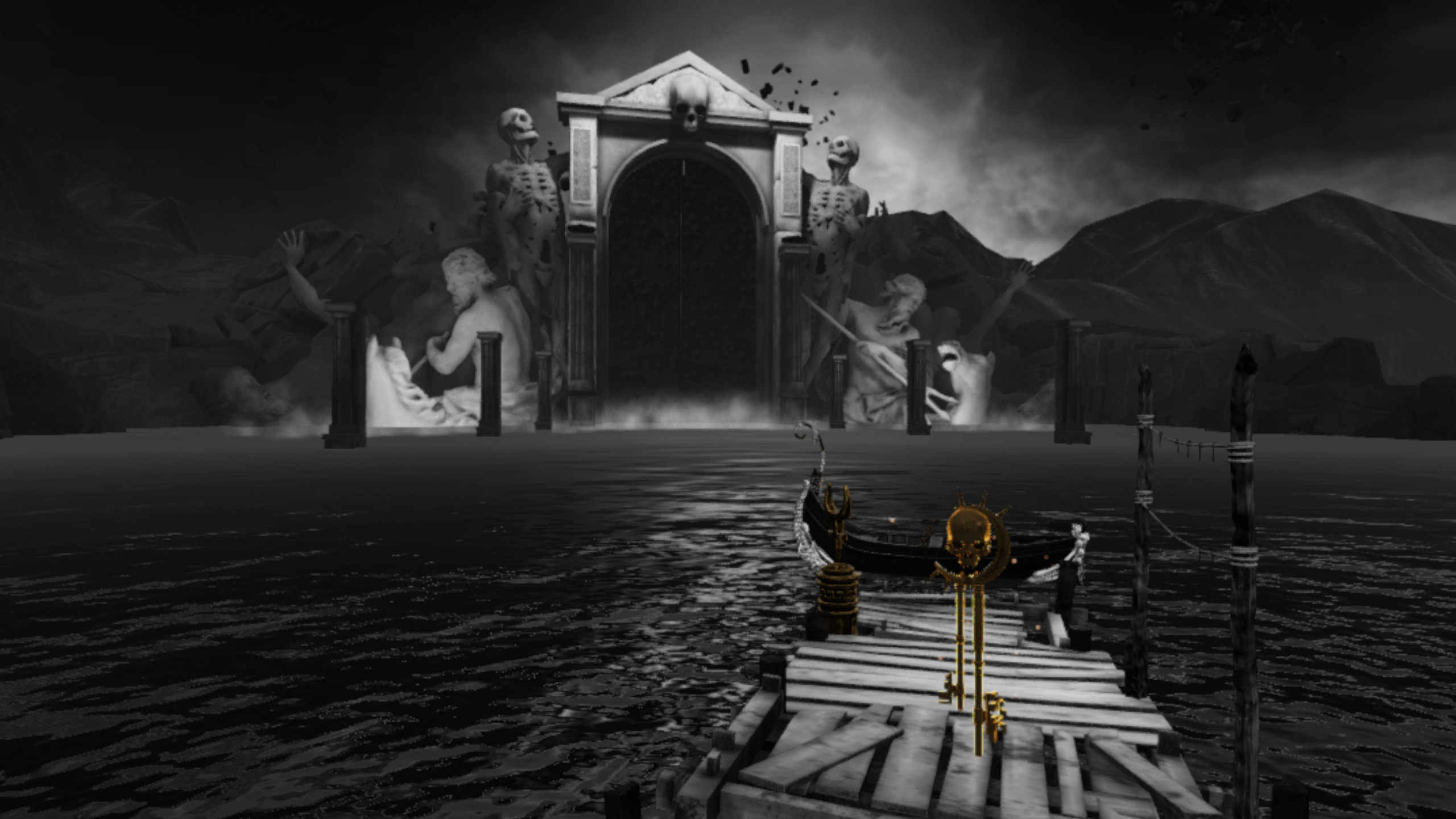 A beautiful world with entertaining mechanics

Your journey through the afterlife is solemn and lifeless, your only companion is your guide, leading you from memory to memory trying to piece your past together. The world around you is outlandish giving off the feeling of emptiness and something you weren’t meant to see. Combined with the lack of color and the simple-yet-effective soundtrack there was always an unnerving vibe no matter where you go.

When you aren’t walking (or rowing) your way through the afterlife, Journey for Elysium has a somewhat respectable variety in terms of gameplay. There are a decent amount of simple puzzles, primarily tied into finding fragments of your memories or items to help progress your story even further. Along the way, you’ll be introduced to a climbing mechanic, grabbing hold of ledges or ladders to traverse past perilous heights in a nearly-weightless manner; giving off slightly Assassin’s Creed-esque vibes. You’re also given a bow fairly early in and will be something that is used frequently until the end. Whether you’re lighting braziers with flaming arrows or using it to traverse a fractured land, the bow is easily one of the most entertaining things in this game. The final gameplay mechanic introduced halfway through the game is the lyre, primarily used to move obstacles and open the pathway to the road ahead.

None of the gameplay in Journey for Elysium is unique, though that isn’t a bad thing. With the freedom of movement in VR, climbing and shooting a bow can be extremely fun and easy to do, and this game is no different… to an extent. While archery was consistently entertaining, the climbing could prove to be a little frustrating at times. Towards the end, climbing segments become far more long-winded, introducing rotating objects that you need to climb on as well. Your camera stays in whatever direction you had it facing regardless of if the surface you’re grabbed onto is moving or not, which can lead to some issues if you don’t adjust your rotation manually (though good luck if you’re on teleport mode). 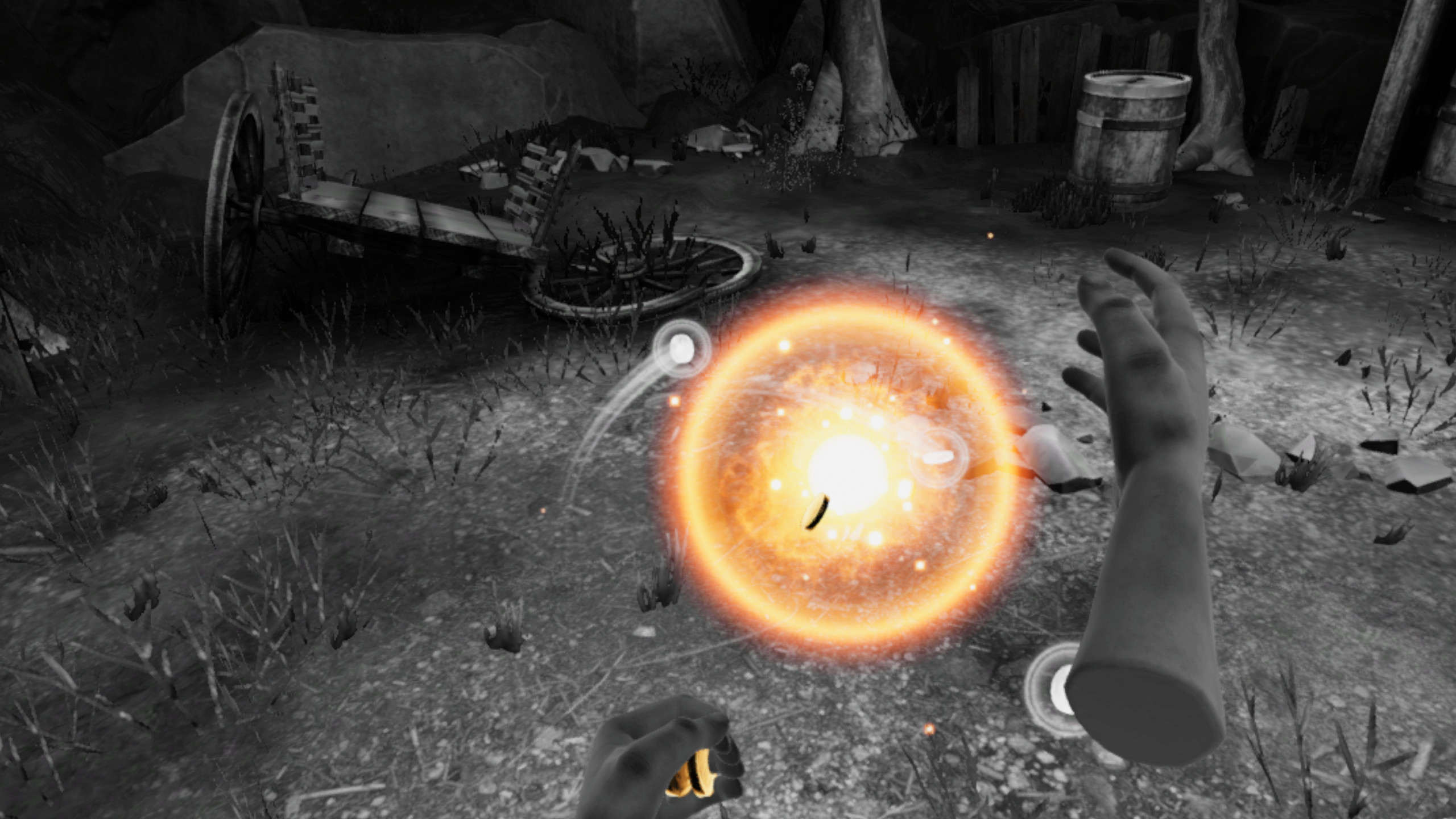 A predictable story with an interesting twist

Your story, as well as the story of the world around you, are almost entirely narrated to you, courtesy of your golden guide. This gives you the opportunity to take in the wonderfully-crafted environment around you without needing to read. The story pertaining to you is rather predictable, unfortunately, a typical nobody-turned-hero tale turned grim. There is a development (which I won’t spoil) later on that is relatively interesting, however, and getting to it doesn’t take much time at all.

Your journey to Elysium is a quick one, averaging out at about 2 hours. There isn’t much to explore and there are hardly any chances (if at all) to go off the beaten path and see if there’s any hidden stories or additional information you can acquire, so there isn’t anything to fluff that time up. This makes it a bit difficult to justify a fairly steep $20 price point at launch. I might be stingy on this, but there’s little to no replayability to Journey for Elysium. The only reason to go back and replay this game is if you really enjoyed the environment design enough to suffer the game’s biggest problem: Motion sickness. 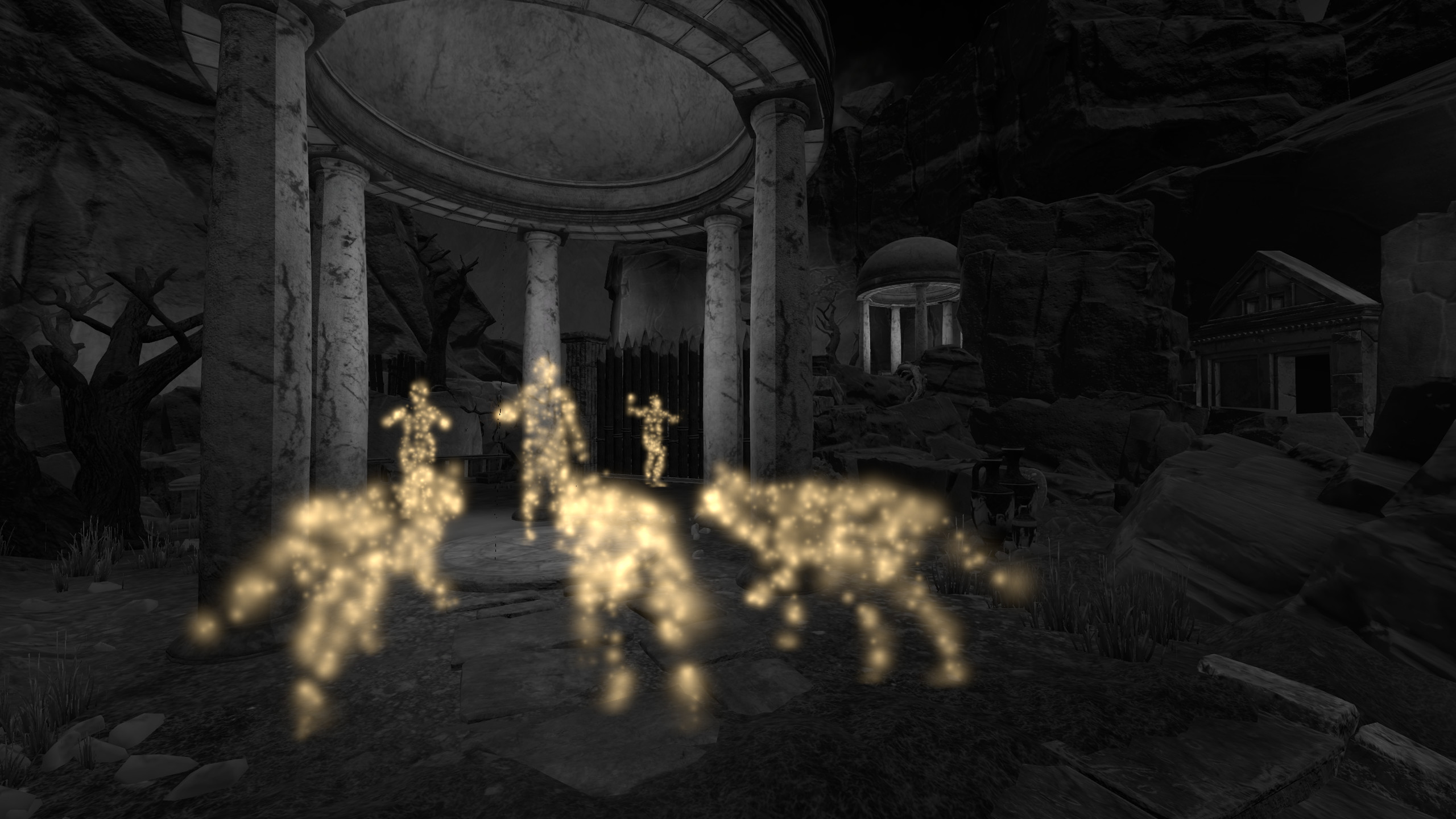 VR will always be a tricky technology to adapt to if you’re prone to motion sickness and unfortunately Journey for Elysium has plenty of problems in that regard. Personally, I’m not too susceptible to motion sickness. There’s plenty of VR games that I can easily play (including some with free movement) without feeling like I need to vomit, lie down, or both. However, there are too many instances in this game where I’ve had to take my Rift off and lie down in bed for a moment to settle my stomach. They try to combat motion sickness by adding an optional teleport in lieu of walking, however, the system itself is rather irritating to deal with. When walking, you make use of both joysticks/trackpads to move and rotate. Teleportation merges those into one, having to hold down on the joystick and rotate towards where you’d want to face, making the second joystick useless and making movement all that more irritating.

While it’s nice that Mantis had made the attempt to fix problems with motion sickness, there’s no effort made to combat the sickness you can VERY easily get from the boat segments as well as from climbing rotating objects. While I’ve not had an issue with the standard walking, I’ve gotten especially ill when on the boat which, unfortunately, you’ll need to deal with for a good portion of the game. 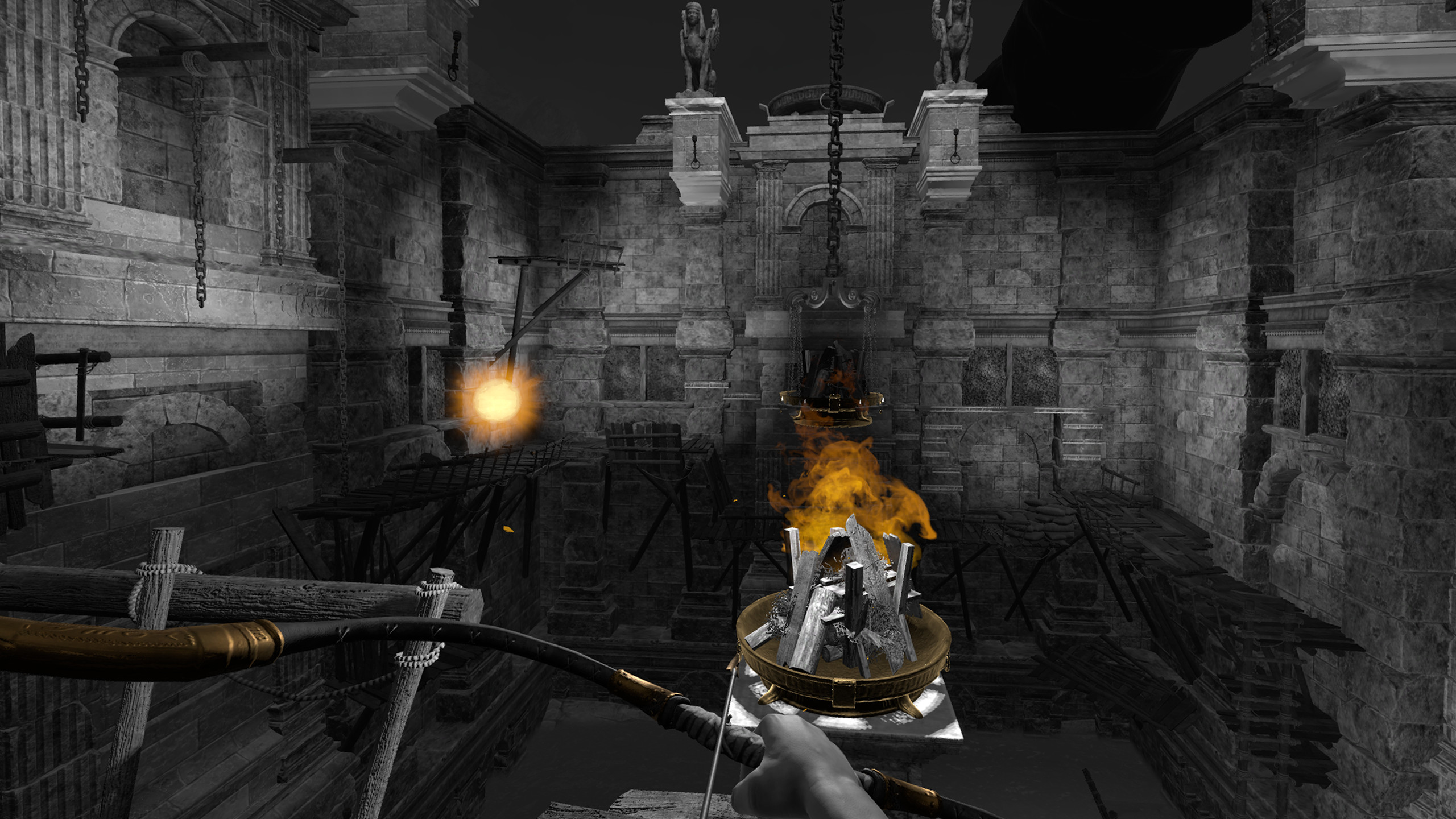 If you are interested in Journey for Elysium, wait for a sale. While the environment is beautiful and it has all the fun features that thrive in VR, the issues with motion sickness will definitely be a turn-off for a lot of people. The game is also fairly short, which leads me to doubt its value at $20.