Type Knight: You’re A Knight And You Type To Defeat Waves of Enemies

Type Knight is a typing based game created by a single developer. It has some pretty neat features that I’ll get into shortly, and a great soundtrack as well.

Typing based games are fairly rare these days, and there’s only a few of them on Steam. I’m a pretty big fan of the genre even though it’s not a widely developed genre. They can be quite fun, and can also help improve your typing speed as well. If I haven’t bored you yet, read on!

As you might imagine, typing games largely revolve around typing out words to defeat your many opponents. Type Knight is played in a side-scrolling fashion as the knight moves automatically from left to right. As the knight walks, waves of enemies appear to try and defeat them. Each enemy you defeat you earn points which goes into your current high score. The further away the enemies are when you defeat them, the more points you earn. There’s also a multiplier that increases the amount of points you earn. The faster you defeat enemies the higher the multiplier grows and you’ll earn more points in the process. If you get hit, your multiplier drops and you’ll need to build up momentum again.

After each wave, there is a treasure chest that appears that grants various items. They can be gold (Which gives more points), health potions, ability stones, or useful items like your shield. When you acquire the shield you gain the ability to defend yourself, which is also done through typing out words. When you need to defend yourself, you simply type out the red-lettered words. This leaves you open to attack so it’s often better to use an ability stone to wipe out the field of enemies instead of defending, especially in the latter stages of the game when words are quite long.

One of the cool features the game has to offer is the ability to import your own writing into the game. It also allows you to play through it word for word if you select the script flow mode. In order to import your own documents, you’ll need to use notepad to save it as a text document. Once it’s saved you simply copy and paste it to the textes folder in the game’s main directory. Then in-game, you simply go to custom games and click import and it’ll be in the load text section.

There are some default documents that you can play through as well, one of them being Shakespearean in nature. I didn’t recognize the other ones, unfortunately. 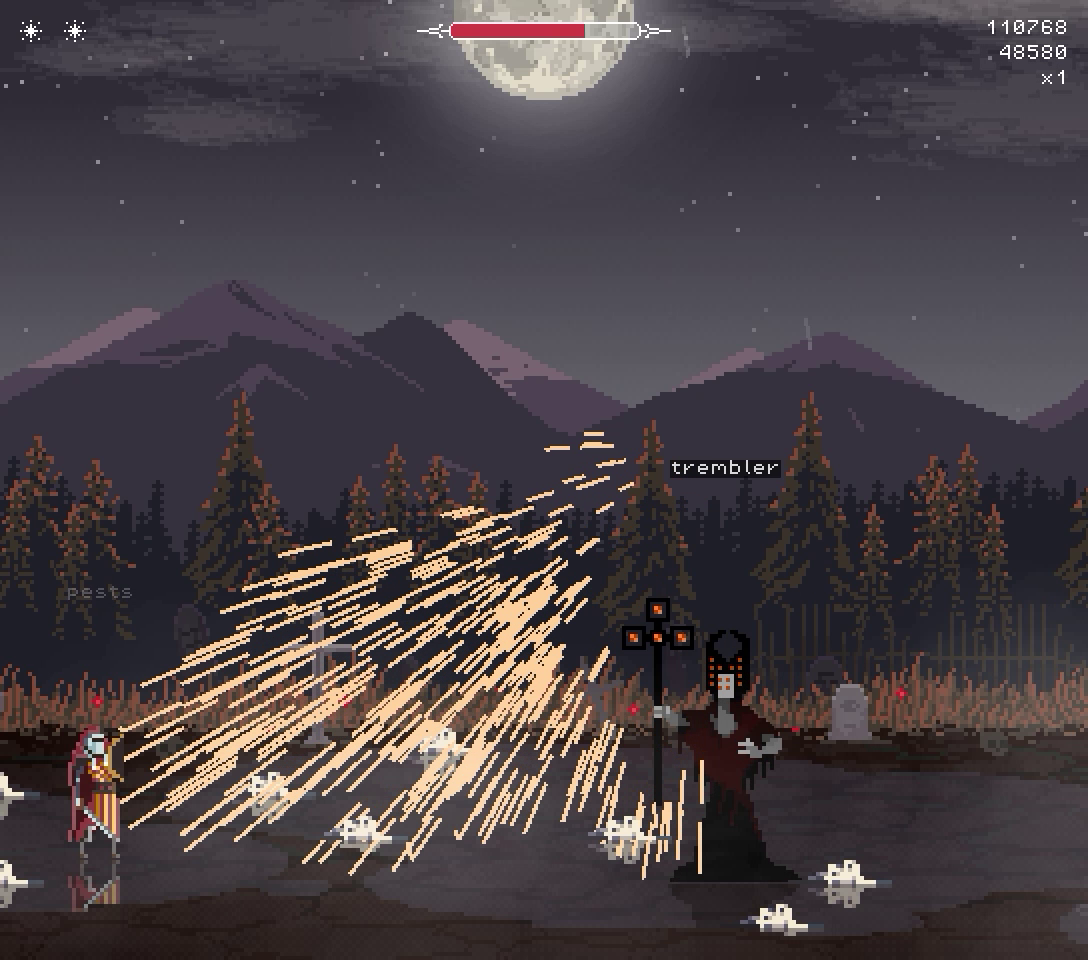 There’s a few things that I wanted to mention in this review that I felt are worth noting. The first is the fact that there’s no fullscreen option so you will need to play it in a small window at a maximum resolution of 1088×960. There’s no specific resolution options, just scaling up to 4x for the window.

The second thing is actually a complaint towards the default English dictionary. I noticed that the dictionary was all over the place regarding various words. It included 2 letter element abbreviations (At least that’s what they seemed like), people’s names, and it felt like a combination between American English and British English because there were British words mixed in as well. It made things quite confusing and it surprised me that there weren’t separate dictionaries for both languages (Because they’re quite different). On the plus side, you can import your own dictionary to the game using the custom writing feature. I wouldn’t make them very big though, I attempted to load a 400,000+ word dictionary and it took forever to load it, which is unsurprising but figured it worth mentioning.

Overall, Type Knight is a pretty decent typing based game, it’s far from the best I’ve ever played, though. The game itself is pretty basic and it’s dictionary wound up irking me quite a bit. That said, it’s not the worst typing game I’ve ever played either. I’d say it sits in the average category, not amazing but not terrible either. So, I think I’m going to hit pause on this one. I also wanted to mention that I loved the soundtrack to this game, it was very catchy and great to listen to while slaying enemies.