If the first episode is an indicator of things to come, this psychological horror experience is one that fans of the genre will not want to miss.

Survival Horror is a genre that I simply can’t pass up when it’s done well. The first episode of Song of Horror is one game that certainly seems to be hitting that qualification for me so far. From start to finish, this entry into the genre offers a fantastic atmosphere, an intriguing story, and game mechanics that mostly aid in expanding the pall of dread instead of hindering it. 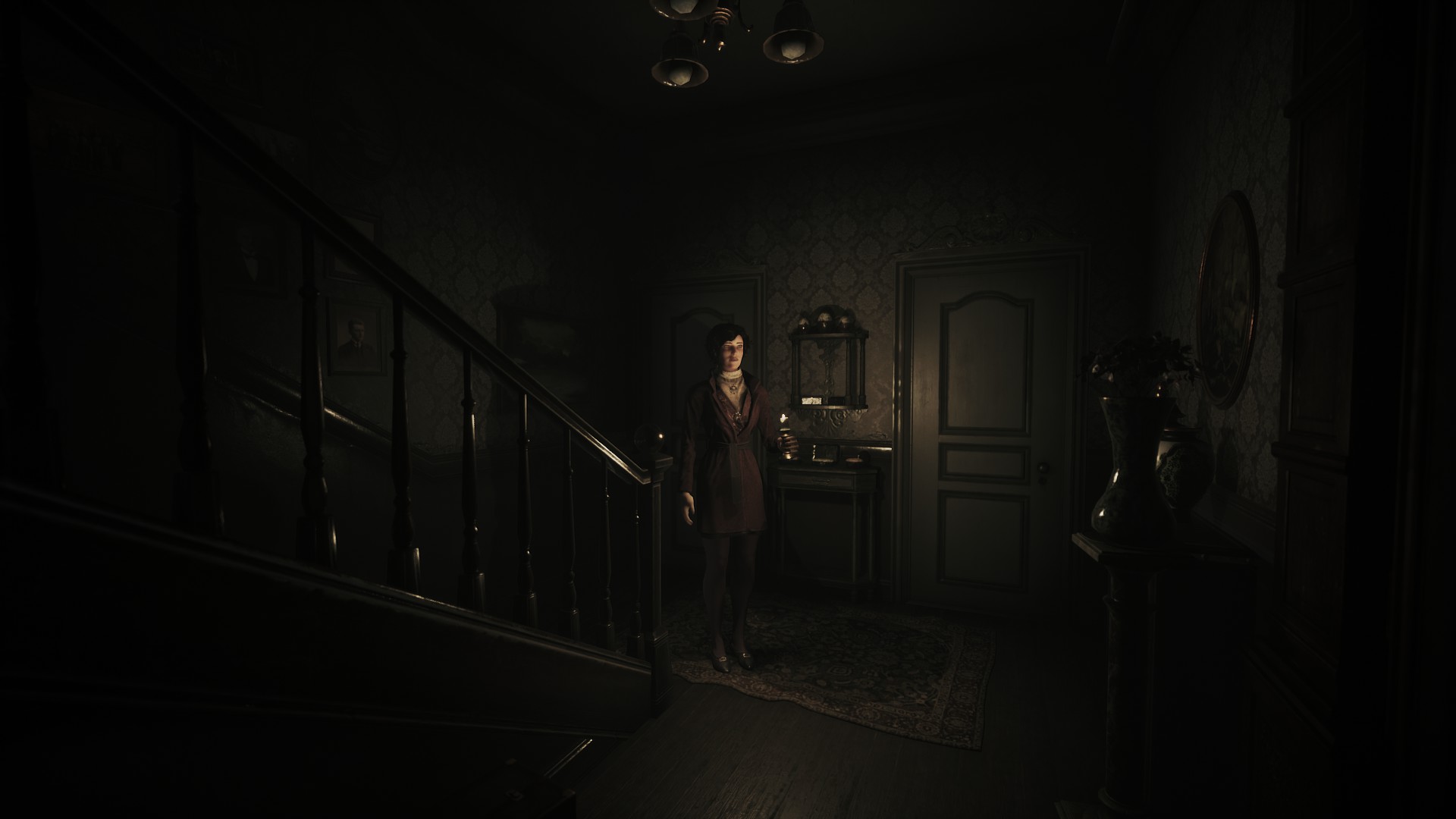 The first episode of Song of Horror certainly offers a strong introduction to the overall narrative. You assume the role of a number of characters who have differing motives for investigating the haunted manor of a famed writer that has mysteriously disappeared. Each of these characters has a number of strengths and weaknesses, noted by their level in each of the four stats (speed, stealth, strength, and serenity), that cause them to be better or worse than the others for any given challenge that you will face. These individuals also have an item unique to them that further differentiates them from one another and offers useful benefits such as a walkie-talkie that emits static and alerts you to supernatural activity taking place in your immediate vicinity. Another nice touch that I enjoyed is that everything that can be examined in the game has text that varies and shows the personality of the character that you are playing as. 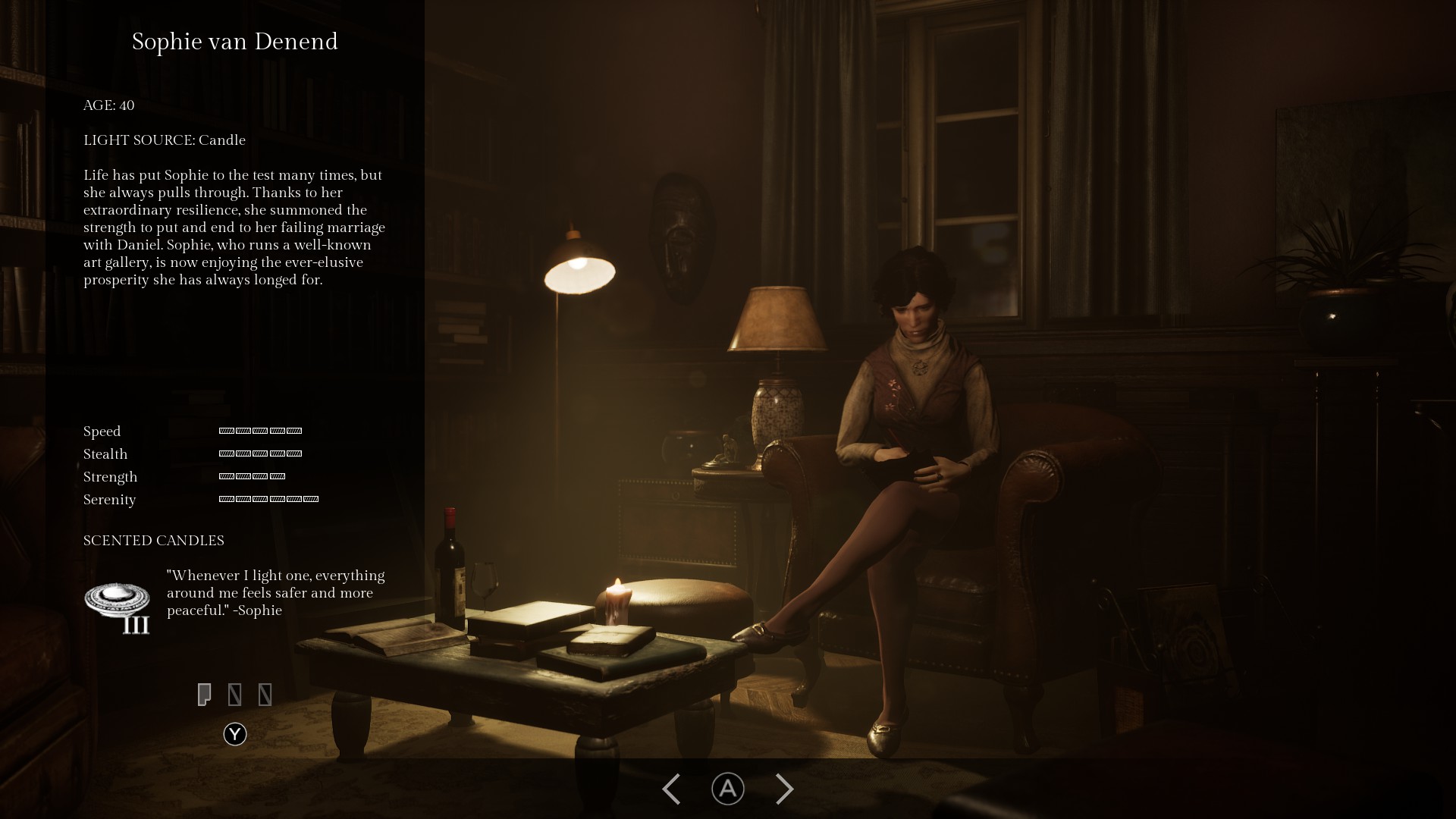 Although there is no health system, it’s important to be aware that these characters can die not only from the entity that haunts the manor but also from your own choices. Risks are a part of the game and you’ll need to perform some actions that make you particularly nervous to progress but there are times when you might take a risk that doesn’t pay off and you’ll lose that character. Some of these risks are trial-and-error and would be quite frustrating in another survival horror experience but here it’s simply part of the atmosphere as you can take on the role of one of the surviving characters and pick up where you left off. I really enjoyed this aspect and it really sealed in the horror movie feel throughout knowing that a character could die at any moment due to a poor choice but that the story would go on.

Wandering Through The Darkness

The atmosphere in Song of Horror Episode 1 is absolutely amazing and the gameplay is solid enough that it works for the experience, rarely getting in its way. The graphics play their role admirably and the audio is gold throughout; it’s important to note that the atmosphere that has been designed would be entirely flawed if the audio was not on its A-game as it plays an integral part of the experience. You’ll often be using not only your eyes but also your ears to alert you to danger and I found myself anxiously putting my ear up to every door that I could so that I could be as prepared as possible for any horrors that were waiting for me. You’ll certainly never feel comfortable in the house, though, as the entity that haunts it causes frequent disturbances that keep you on the edge of your seat. 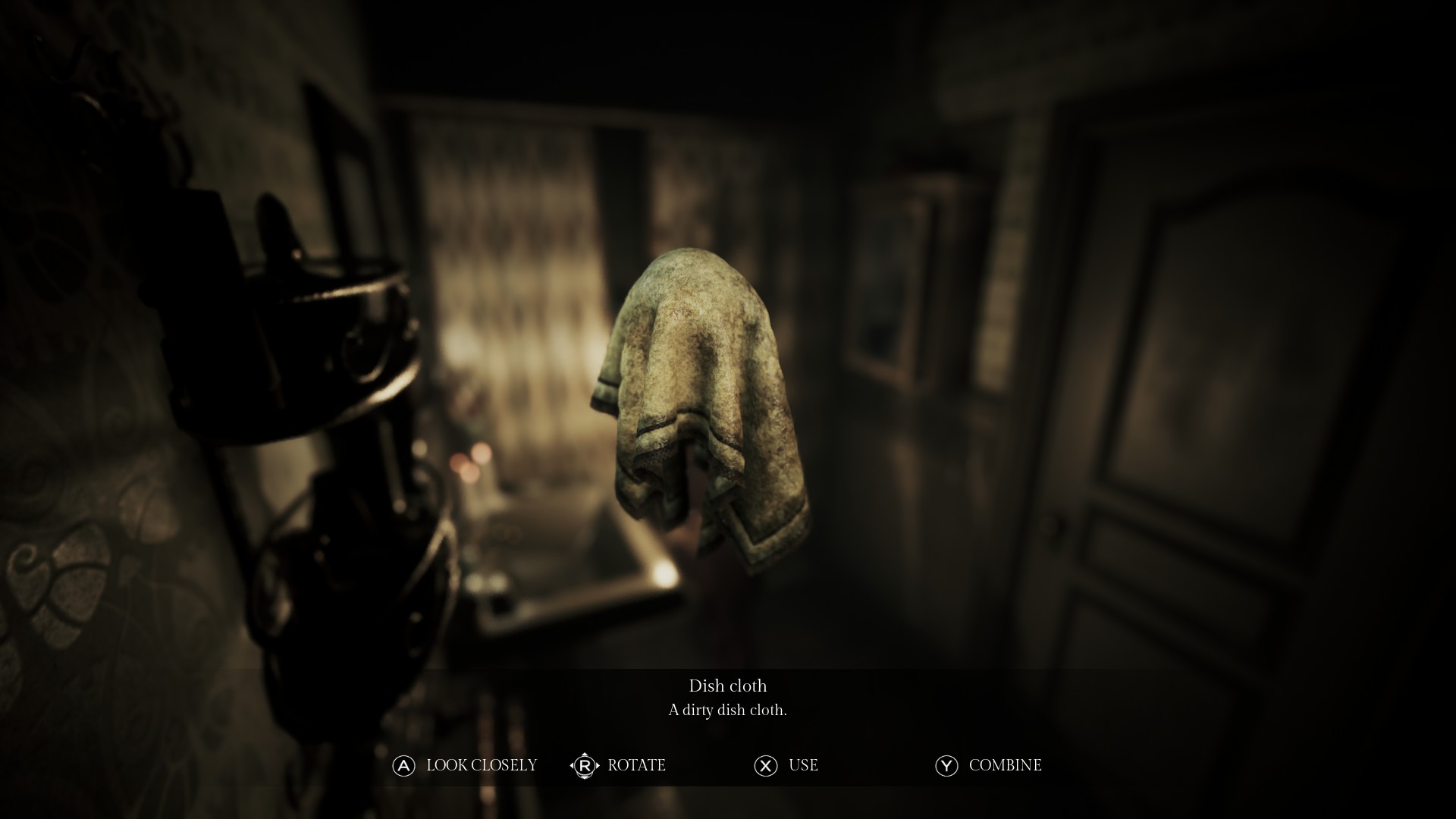 It’s nice to see that this particular entry into the survival horror genre also puts some effort into its puzzles. These puzzles in the game were not overly challenging but they were challenging enough that they at least took some investment, both in the lore and into figuring out the elements of the puzzle itself. By collecting and referencing documents as well as using your own powers of deduction, you’ll progress by finding new items and locations by solving puzzles that will test you in a number of ways. One of these puzzles took me several minutes as I experimented and tried to figure out exactly what was going on with it and I frequently referenced the map in an attempt to decide what course of action might be available to me with the current information that I had access to and the items that I’d found. I never felt as if I was playing a walking simulator as the mechanics and gameplay played a very large role. 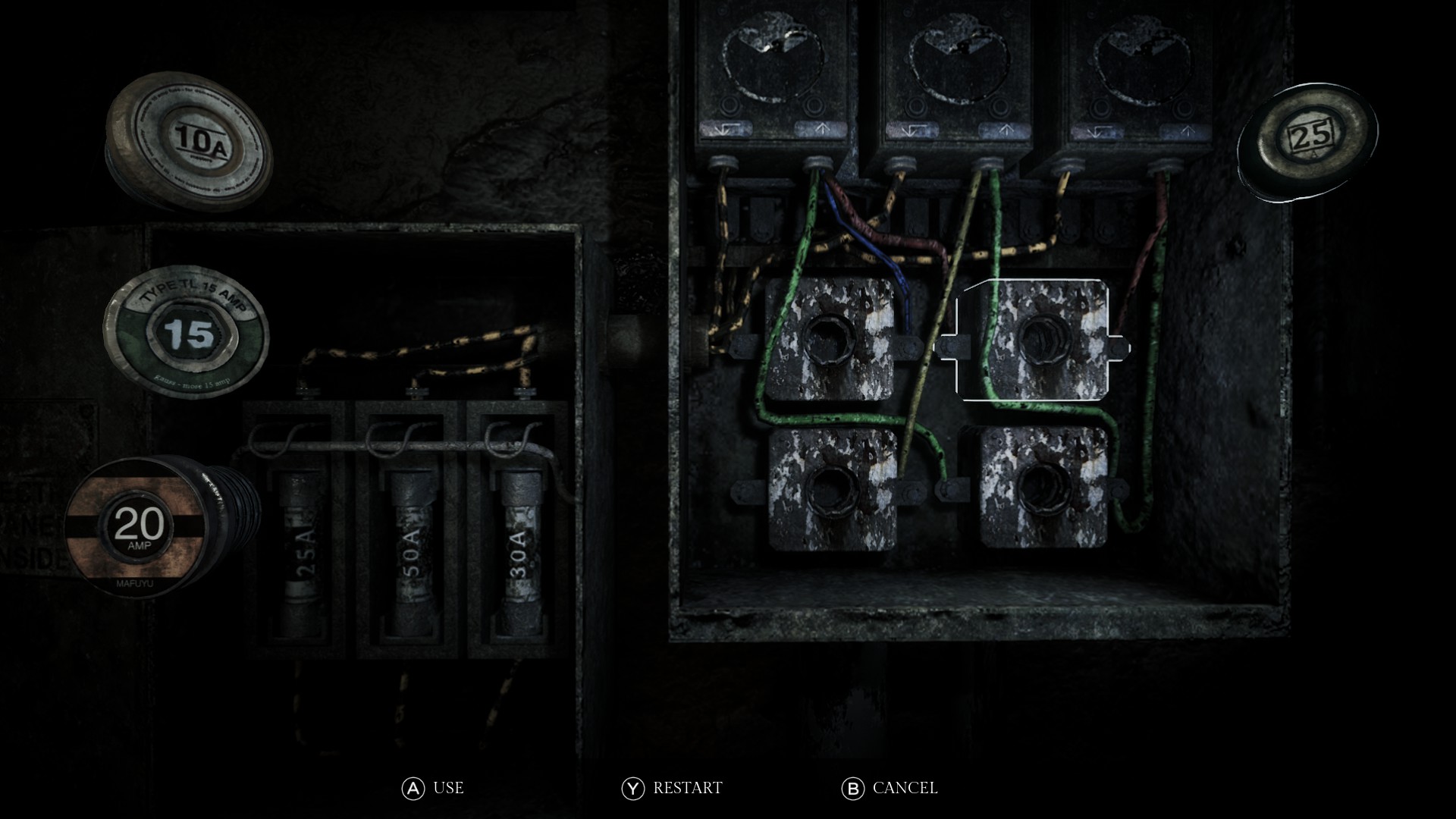 I can honestly say that there was only one element of the experience that I didn’t particularly enjoy and that is the heartbeat minigame. At times you’ll have to run and find a place to hide and when you do so your character’s heartbeat will appear on the screen. You’ll need to press buttons at a very specific time to match them with the changing pace of the heartbeat. Ideally, you’ll get a hang of it quickly and by pressing the buttons at the right time the fear will slowly fade as the heartbeat returns to normal (until the next time that you have to do it). However, I actually struggled to get a hang of it at first and it took me several minutes of frustration and consistently failing before I succeeded and was able to move forward. It seems like you should certainly be able to be killed in such an event but instead I was simply knocked out of the experience until I was able to do as it wanted me to do. I would have liked to see a less immersion-breaking mechanic used for hiding and avoiding panic, or even one that resulted in a quick death if you kept botching it, but as it is, my immersion was entirely shattered for several minutes the first time that I encountered it. 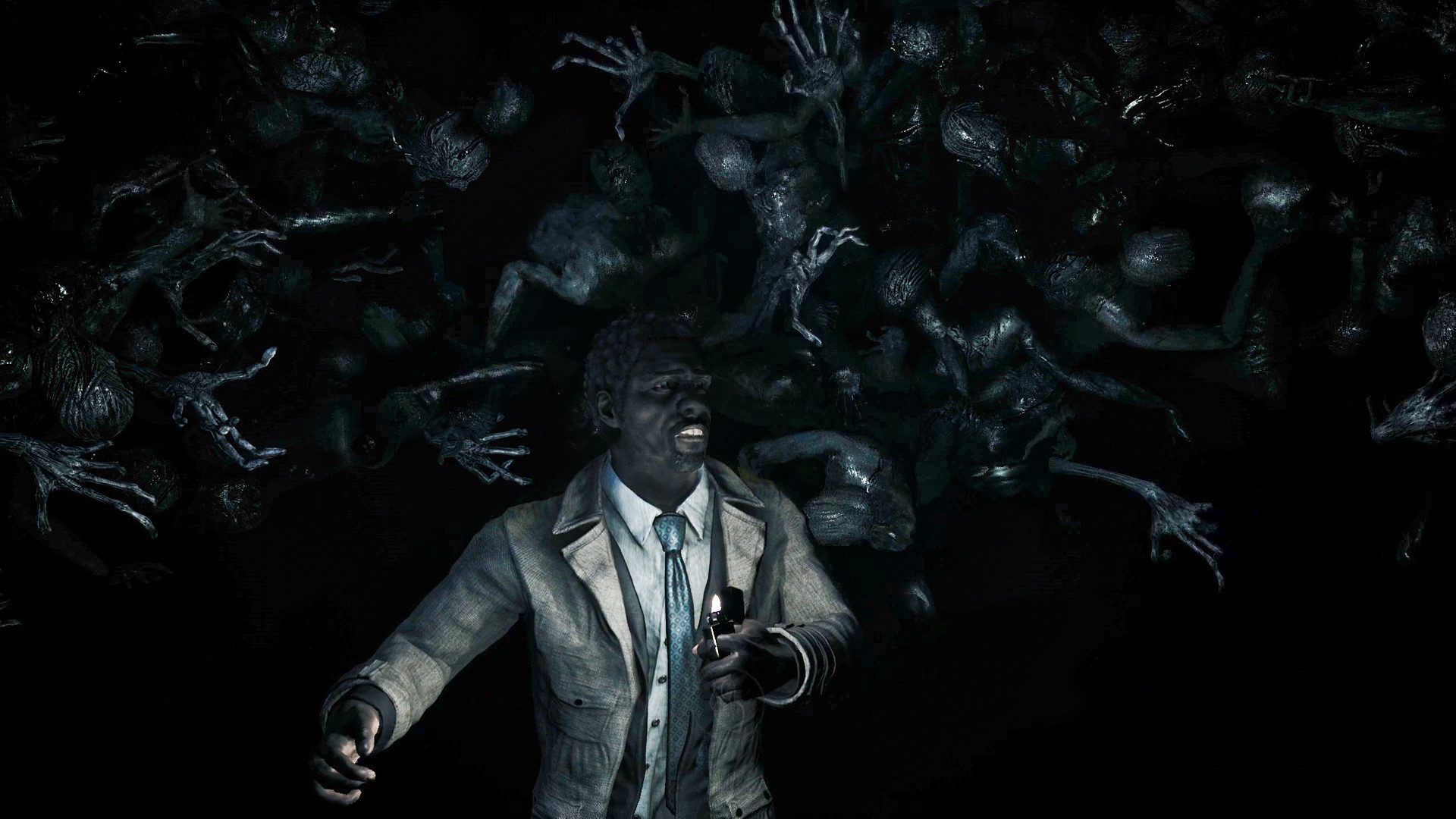 Song of Horror now has my interest and I’m looking forward to playing through its other episodes. The excellent story, characters, and atmosphere combined with the puzzled that required some actual investment to solve created an experience that should be entertaining for all fans of the survival horror genre. Although I can only recommend the first episode currently, I can say that the experience exceeded my expectations and that if the episodes that follow keep the ball rolling, this should end up being an absolutely thrilling horror experience from start to finish.