If you’ve ever dreamed of being able to build nice looking and realistic castles, this title may be for you as long as you pick it up for a fraction of its current price.

As someone who very much enjoys the type of game that World of Castles claims it will one day be, I had thought that this would be an easy positive review from me. Unfortunately, almost all of the actual game mechanics that are intended are in a very barebones state or, more frequently, not implemented at all. It’s an Early Access game which certainly lends it a bit of leeway with such flaws but it’s also been in Early Access for over two years and the progress seems to be incredibly slow as the developer focuses much of its attention on its other game.

The building elements of World of Castles have a lot of potential. In the right hands, there’s no question in my mind that castle fanatics would be able to construct sprawling keeps and decorate the countryside with structures that truly bring it to life. I found myself enjoying the graphics, they certainly aren’t the cutting edge of modern technology but they look nice and serve this game’s atmosphere well. However, in order to enjoy this, you would have to be fully aware that, in its current state, this is more of a model-building program than anything else. That said, there are many parts available to you and the impressive variety may even be overwhelming for some upon entry for two reasons, which is good due to the variety and the unique feel that each castle will have but also unfortunate due to the fact that there are no in-game tutorials, tooltips, or even text for anything available to you. I had to place a number of parts and examine them closely before it would dawn on me how it could be used. 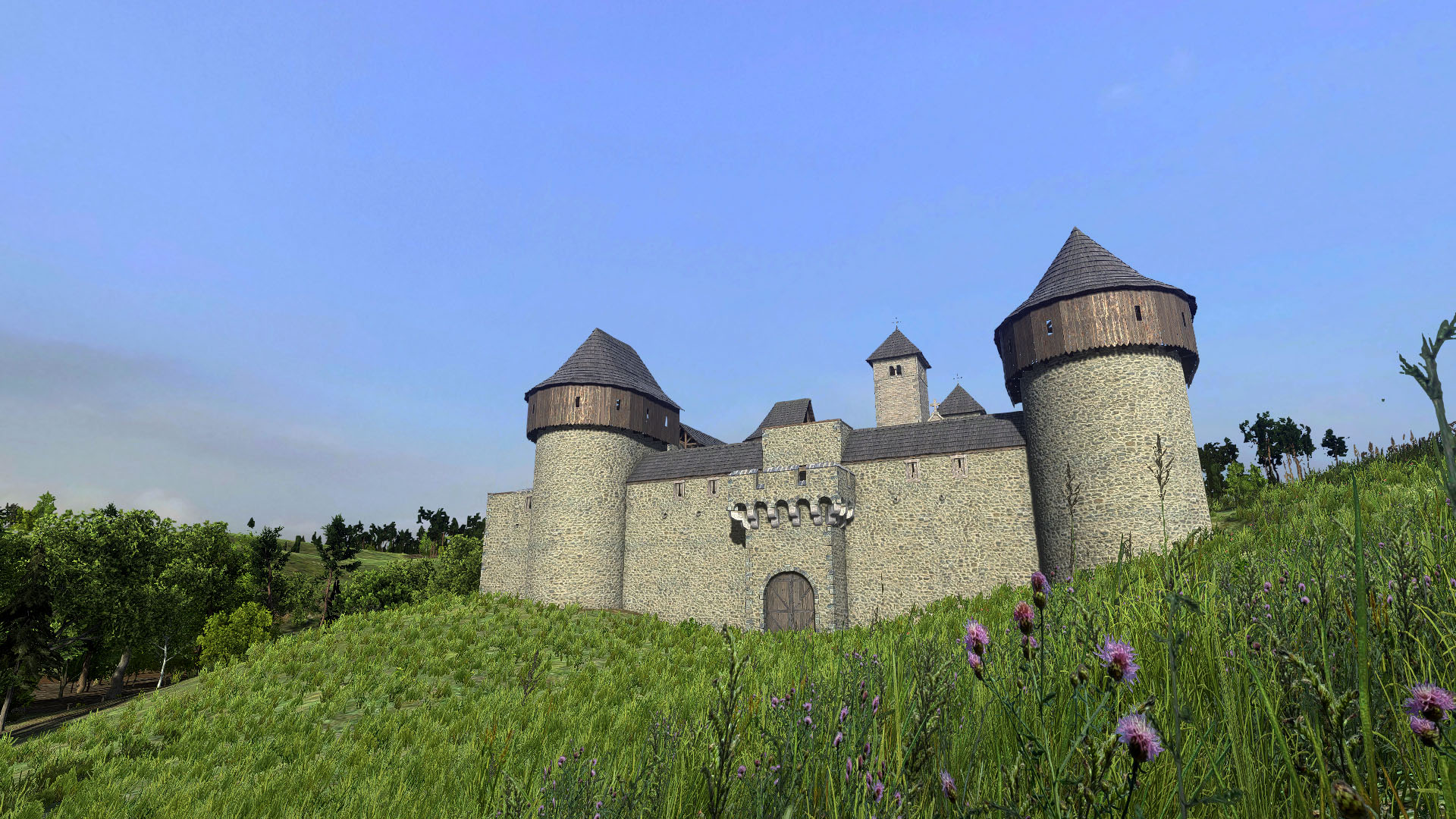 There are a few interesting features that I did enjoy while I was building my castle. For one, the time of day and season mechanics are designed well when compared to the rest of the game and you can change them at will in the sandbox mode. I used this to examine my settlement and it added some enjoyment for me even if I feel that the developers certainly have bigger fish to fry. I was also impressed that not just doors, but a few other parts of the castle can be interacted with, such as opening and closing windows. It’s a small detail, but this adds a nice touch to the current state of the game. 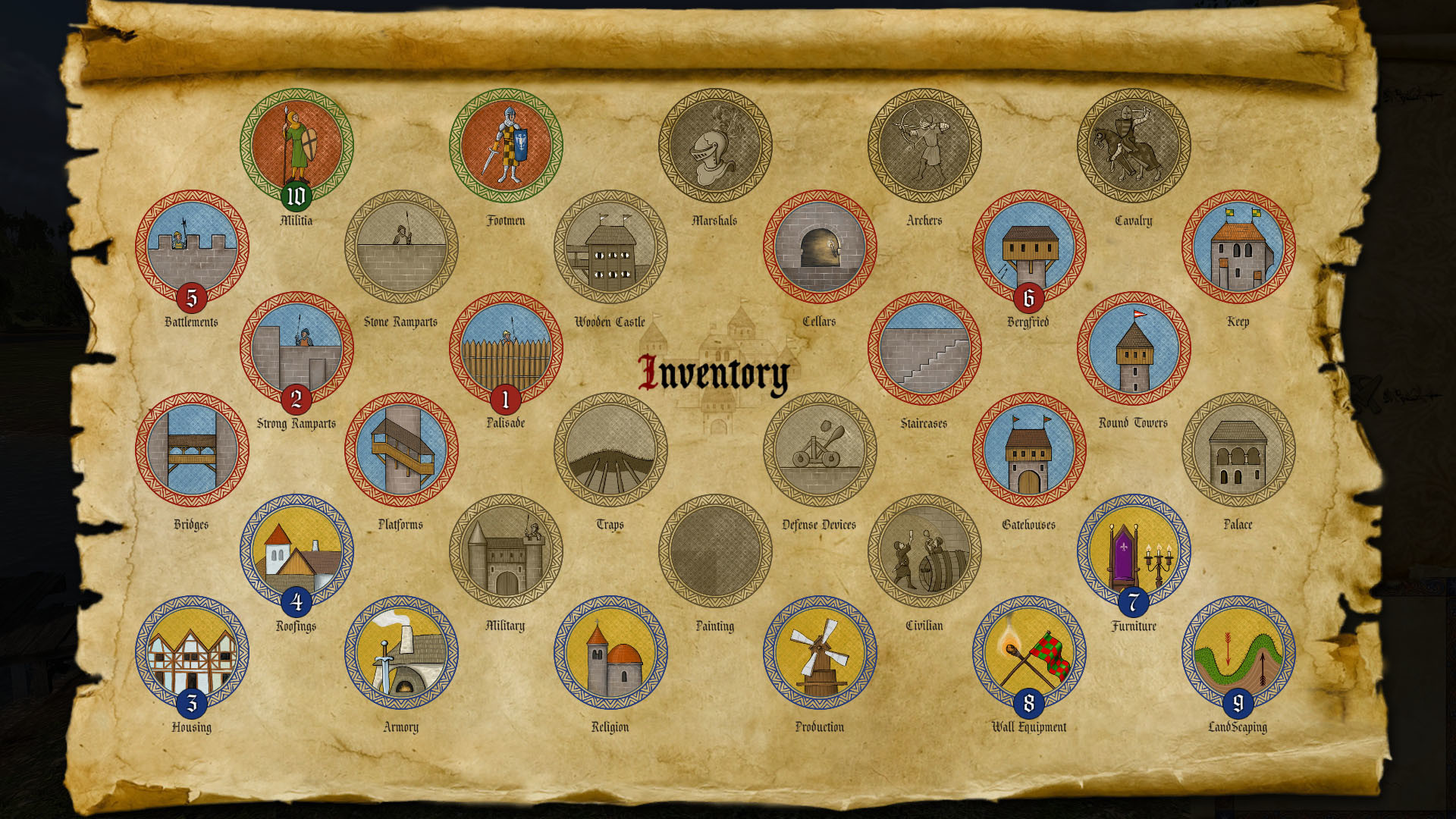 World of Castles may be the most underdeveloped title that I have played in quite some time. Combat is meant to be a sizable portion of the game but it is not currently implemented in any form and long load times and poor optimization only lead to slowdowns that cause further disappointment. The village simulation mode exists, at least by the definition of the word, but it so bare bones that I chose to play in the sandbox mode instead which very well may be one of the only times that I’ve ever done that.

Being able to design your own banners and marshals is a nice feature that caught my interest. The marshals are not only able to be equipped with gear of your choosing, but they can also be named and have an accompanying skill tree that can vastly improve their combat capabilities. There seemed to be a lot of overlap on each of the three trees that were available and I would certainly like to see more variety in that if this game released in a finished state one day, but your marshals can’t be accessed anywhere outside of this designer currently. 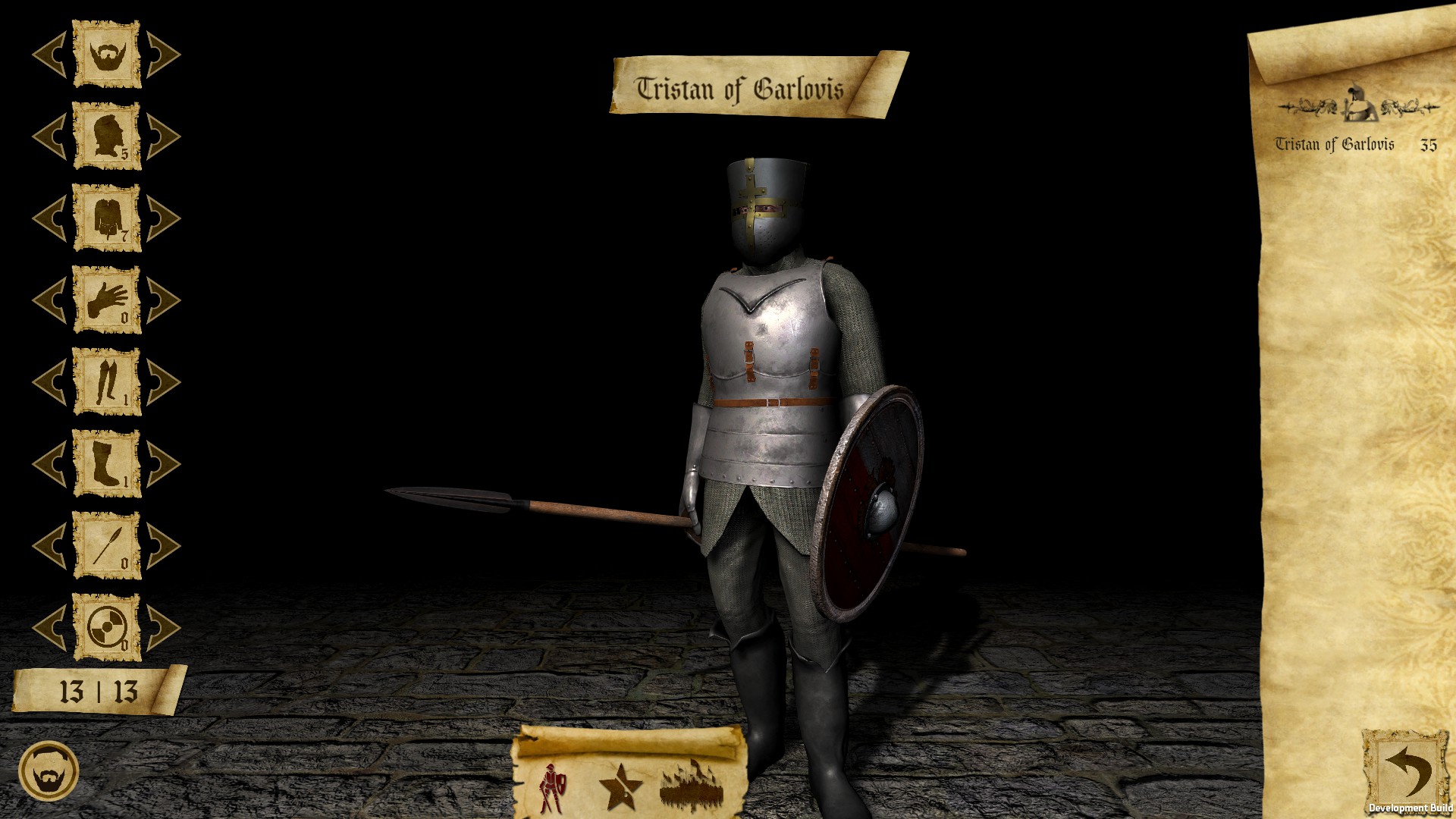 Creating your own banner is an easy process and it’s developed enough that you can use your imagination and make a wide variety of them currently. I would hope that a finished release would have significantly more options and versatility but I really can’t complain about this feature as, unlike the marshals, this one can actually be used in your decorations as your furnish your castles. One of the highlights of an otherwise underwhelming experience was seeing my own banners flying high over, and hanging down from the ramparts, of my keep. 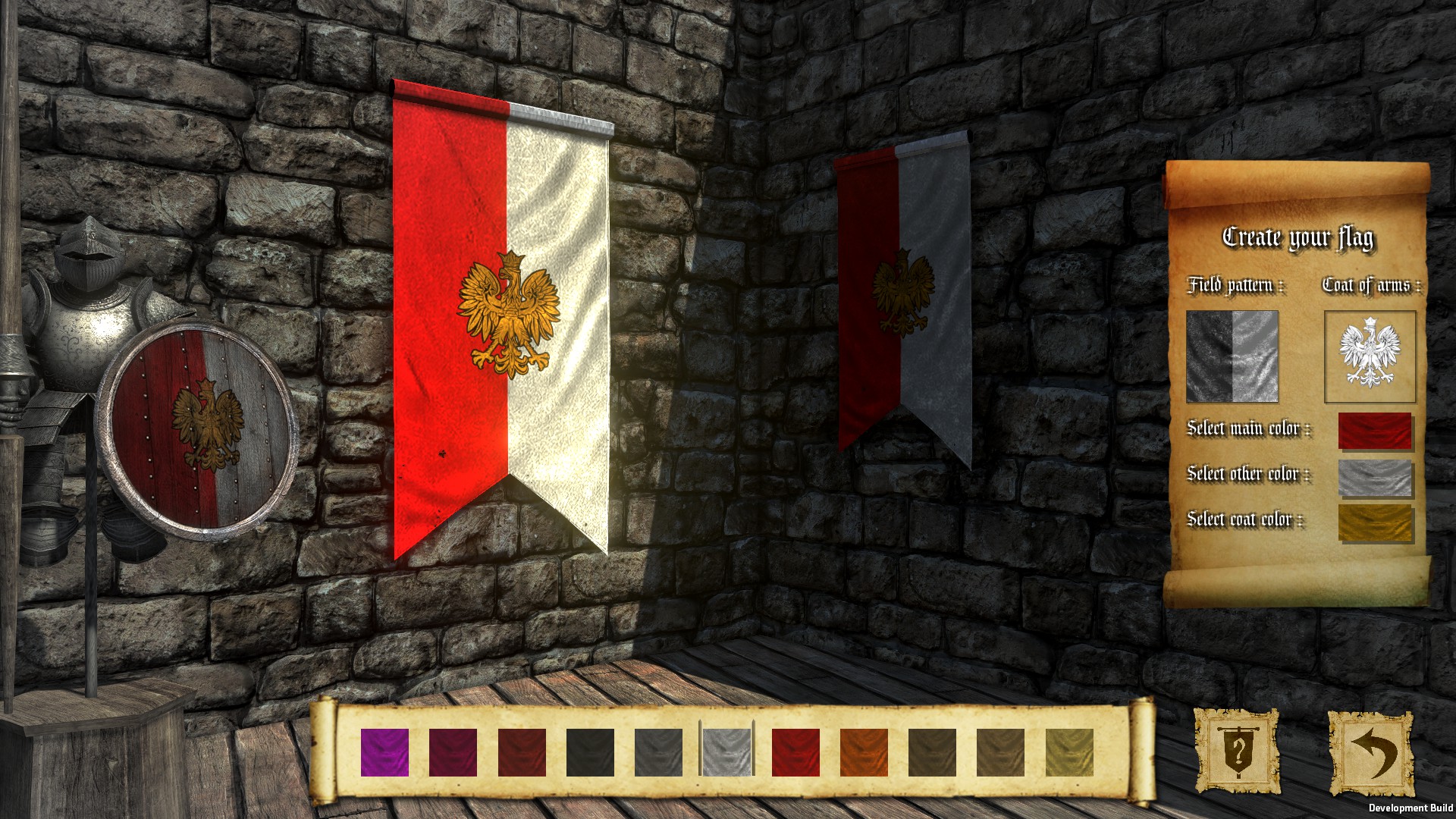 To put it bluntly, I can’t recommend World of Castles in its current state. The only possibility of a recommendation that I would give is if you’re someone who can spend hour after hour building structures without any other features. The game is actually quite capable of making this entertaining though I would like to see more construction parts available by its release. This cautious review comes with a caveat of its own; if you absolutely find yourself dying to give this game a shot, I very much suggest that you avoid buying it at full price. Thirty dollars is an insane asking price for what is offered here and with the development progressing at a snail’s pace, it may not be in your best interest to invest in this particular title. 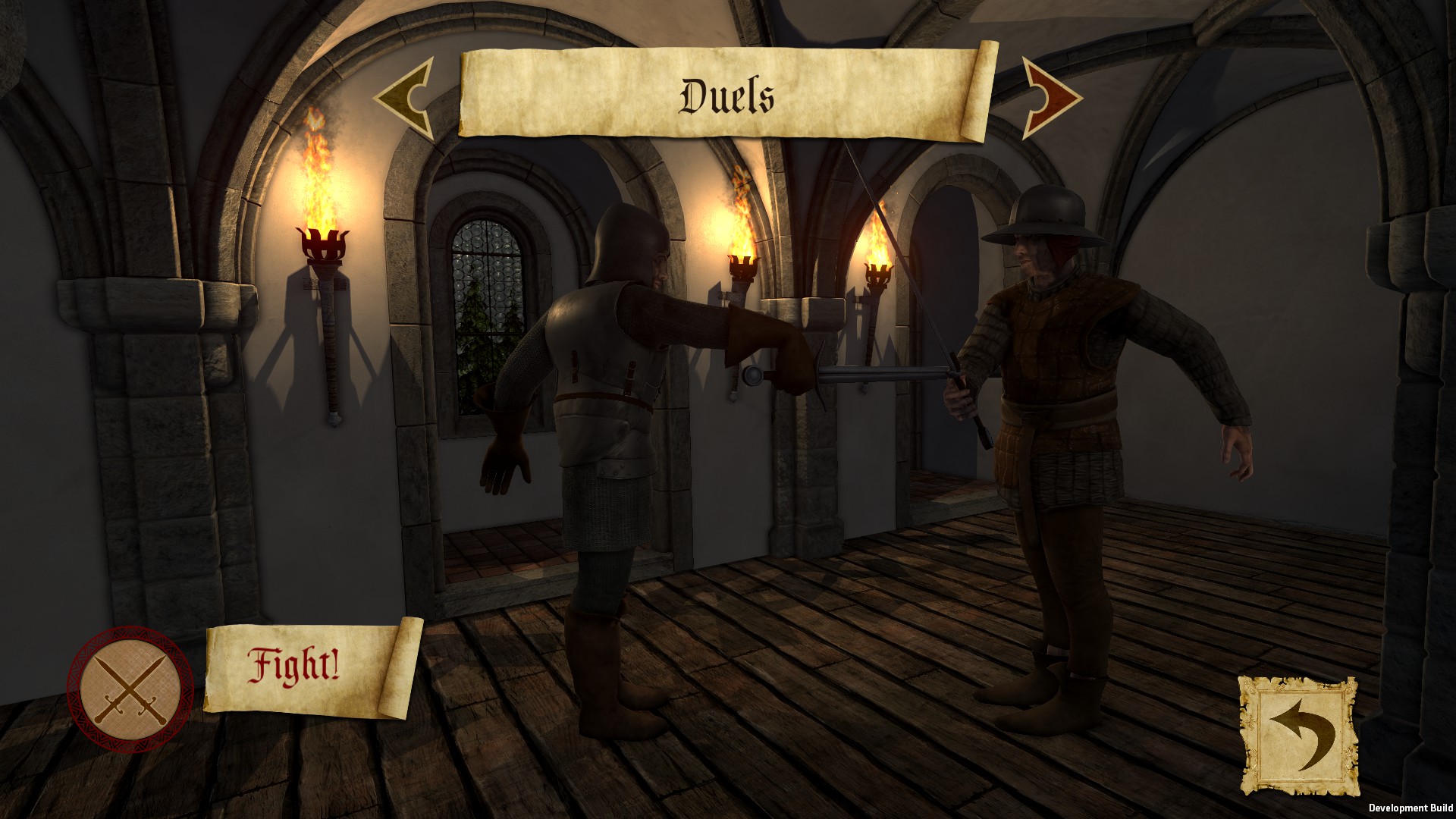