REVIEW: The Ninja Saviors: Return of the Warriors (PS4)

The Ninja Warriors is a beat ’em up game from 1994 with several praiseworthy aspects including the control and sprite works. I never got to play it on the physical SNES. However, I do have a certain fondness for beat ’em up genre. So when I heard that The Ninja Warriors is getting a remake that aims to accurately recreate the experience but with better art assets and music by the original developer, I jumped on it. For comparison purposes, I also took a bit of my time to play its predecessor as well. I am happy to report that The Ninja Saviours: Return of the Warriors succeeds in improving the game while keeping the original feel intact.

The Ninja Saviours: Return of the Warriors is an enhanced remake of the classic The Ninja Warriors (1994) on the SNES. This version boasts a huge improvement including reworked pixel art for playable characters, enemies, and background. Not only that, remastered music from The Ninja Warriors, online ranking, and new combat mechanics are also added. Have I already mentioned that Return of the Warriors also features 2 completely new playable characters? It’s quite a remake, to say the least. 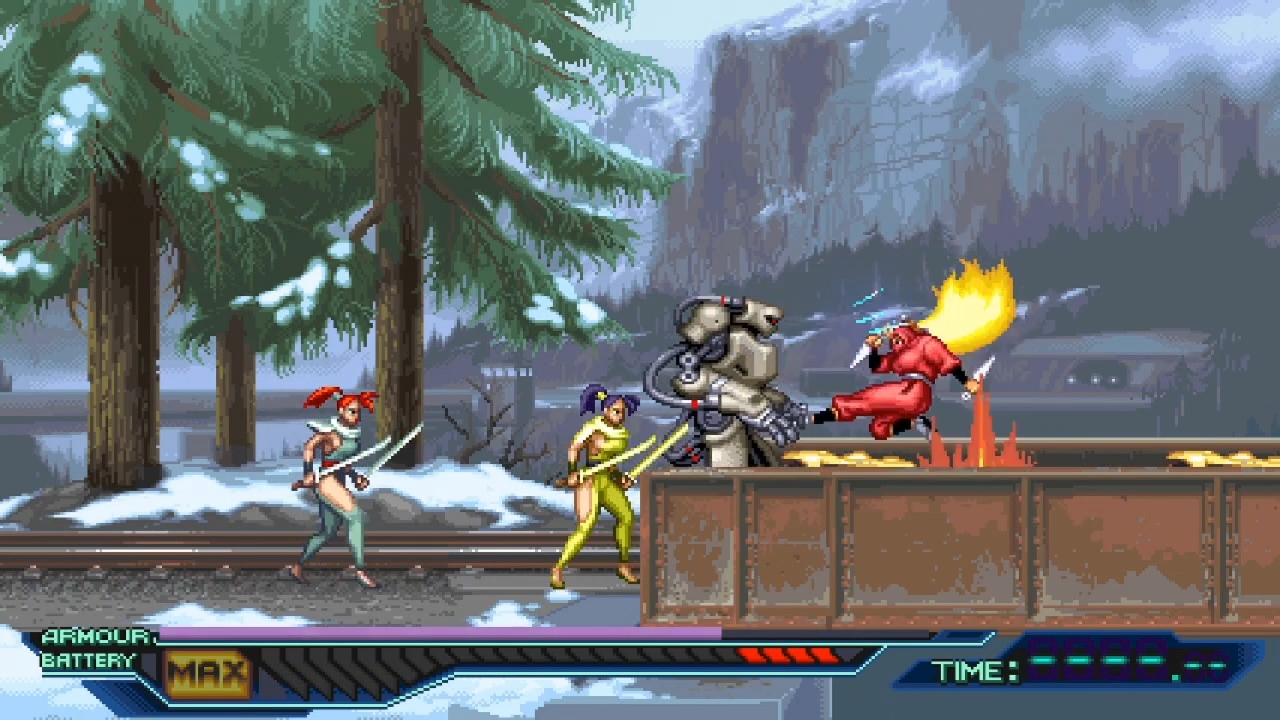 Being a remake, the story is the same as its source, The Ninja Warriors. Set some time in the future, sentient ninja androids are sent by the rebel to put a stop to Banglar the Tyrant. The androids will have to overcome a combined force of soldiers, androids, robots, and even mutants to end his regime with nothing but their signature weapons, shinobi techniques, and their wits. All of this is executed in a single plane, 2D side-scroller beat ’em up manner.

The basic control is also the same as the original. The buttons consist of an attack, jump, and bombing button. Landing attacks simultaneously while standing or crouching will lead to a combo. Bombing is a full-screen bomb attack only accessible when the battery gauge located under the armor (HP) bar is full. What’s new is that each ninja now has access to unique attacks and charge attacks. This is done by pressing up in conjunction with an attack button which will consume 1/4th of the battery gauge similar to Castlevania’s sub-weapons work. Performing these attacks on the ground and in midair will yield different results. For instance, Kunoichi’s ground charge attack is a ninja star throw which turns into a triple kunai throw if done in the air. 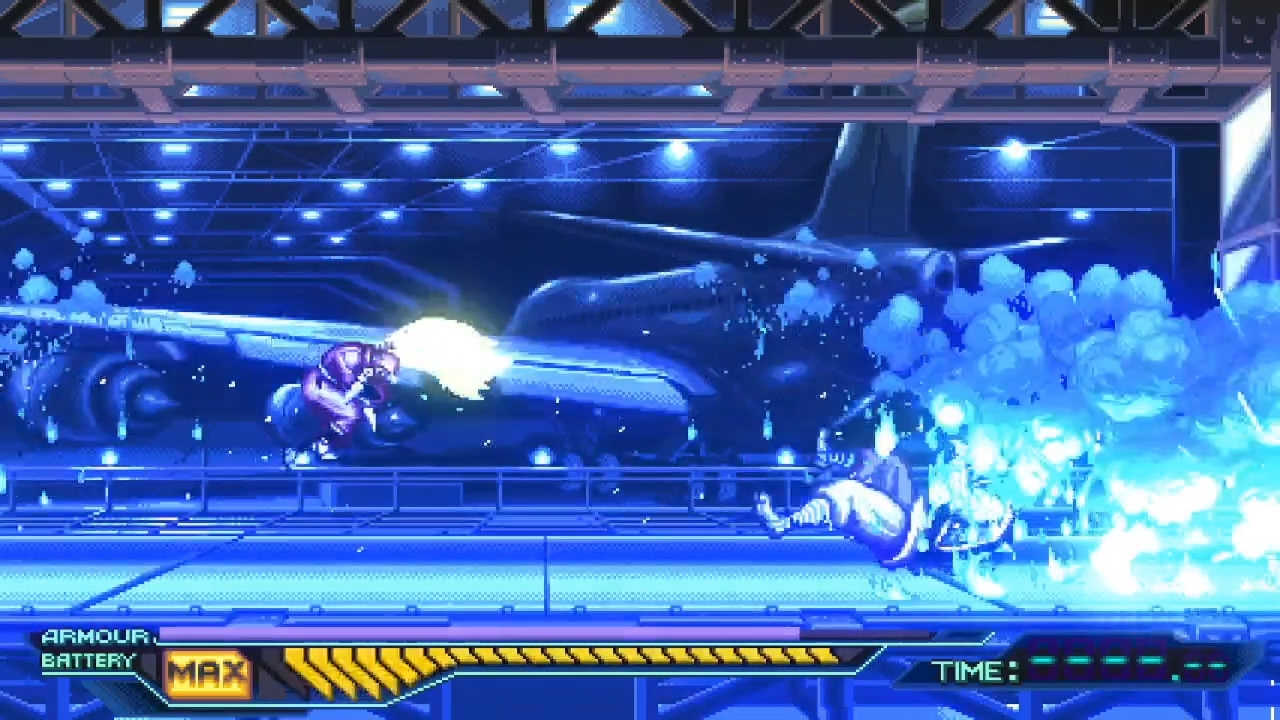 As you can tell, the combat is fairly simple but this is not to say the game is easy by any means. It’s one thing to fight a couple of enemies and another entirely when an army of enemies are coming at you from both sides with a boss joining in the fray. Mindless button mashing will get you nowhere. You can do a few unique combos from juggling for an extra hit or two but generally don’t expect to do a long one as the developer’s goal is to faithfully replicate the experience of The Ninja Warriors. The pacing of a stage and the rate at which enemies and/or stage gimmicks are gradually introduced feels fair and so does the placement of checkpoints and health drops. 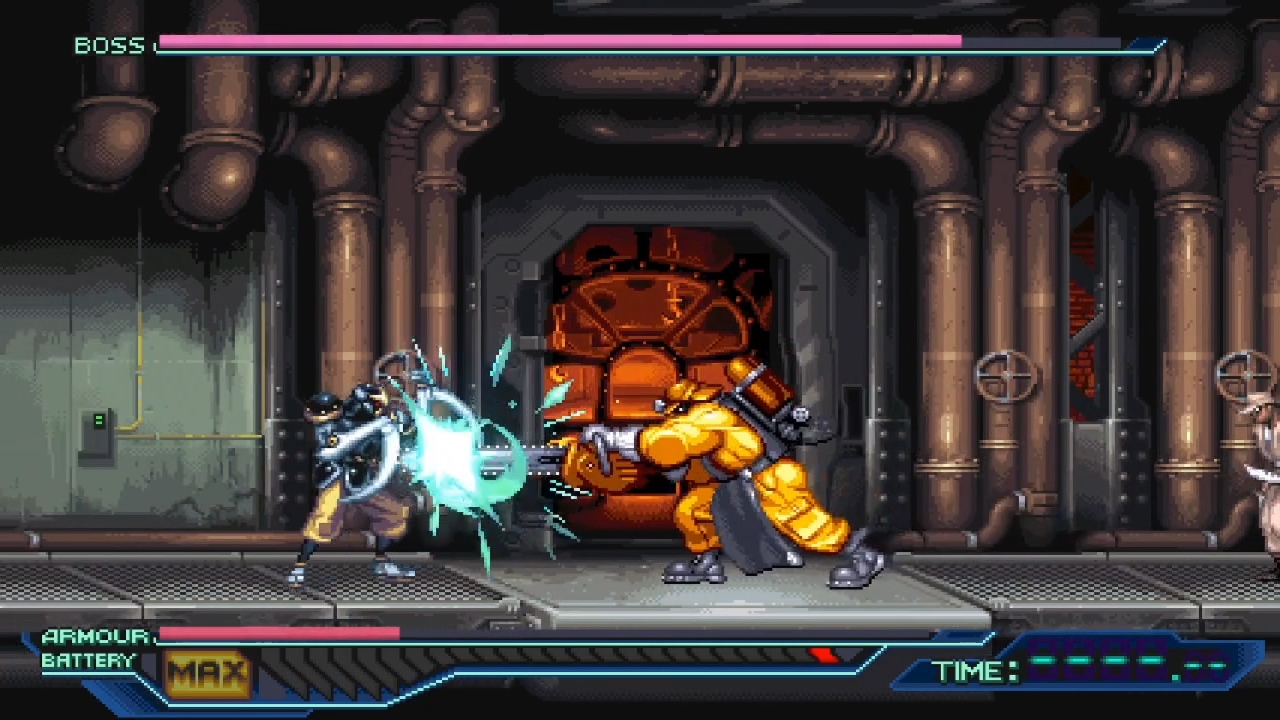 Because the stages are on the short and sweet side, the replayability comes from going through the game with different characters on various difficulties. The ninja androids are quite distinct in their moveset and playstyle while possessing unique attacks separate from their default combos and special attacks. For example, Ninja’s jump button also serves as a dash button and he can hover in the air for a brief moment while Yaksha has super low jump height but one of her special attacks is multi-purposed. This is just the tip of the iceberg. Each character will require you to learn their unique traits and moves to perform well. There is also the ability to play co-op locally and online ranking to compete with other players which adds to the replayability. 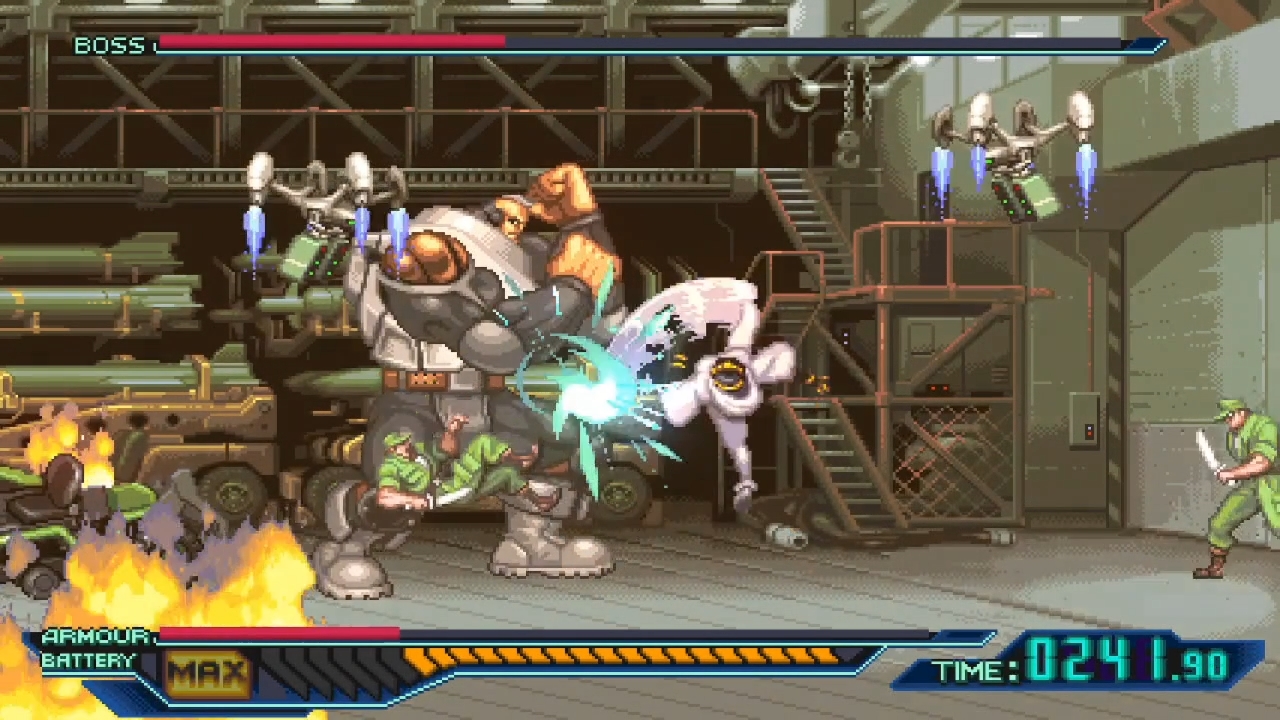 You can also unlock characters and other bonuses from completing the game multiple times. As mentioned, there are 5 selectable ninja androids in total but only the original 3 presented in The Ninja Warriors are available from the start. The other 2, Yaksha and Raiden, will need to be unlocked. Completing the game can also yield different music tracks and the likes. Unfortunately, there is not a lot to unlock outside the characters to be quite frank. For a budgeted title such as this, I do not blame the developers. 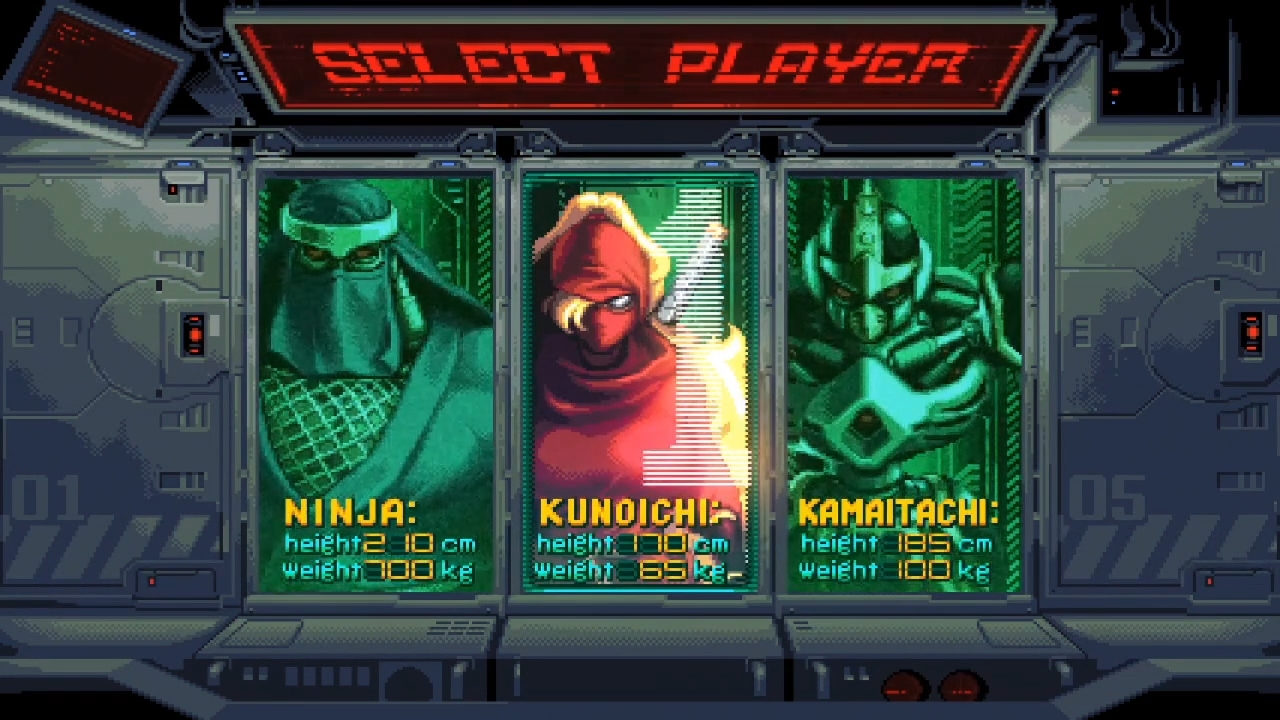 The Ninja Saviours: Return of the Warriors is a faithful remake of its predecessor. There is nothing from the original that it has not improved upon. Graphics, music, and gameplay are some of the aspects that are changed for the better. Replay values are also there, be it from unlocking characters or competing online via online ranking. The only minor gripe I have here is that the co-op mode is limited to only local. Some might argue that the game does not innovate or change enough and that might be true. However, if you were to look at it from the perspective that the goal is to recapture The Ninja Warriors SNES experience, then they have achieved just that. I would go even further to say that the developer has outdone themselves. The Ninja Saviours: Return of the Warriors is a must for any beat ’em up enthusiasts and people who long to experience a renewed part of the classic beat ’em up history.