The mighty cyberbear has graced us with a distinctive yet underwhelming walking simulator.

Tales from the steppe

Overseas is an adventure game from the IBORG artist collective, comprising of four short and experimental, art-fueled episodes, each one depicting a certain idea and emotion, with a promise from the developers that there will be more games added to the Overseas in time. In the overcrowded place like Steam and gaming in general, one has to ask: What does Overseas bring to the table that will make it stand out among the throng of other similar games out there? 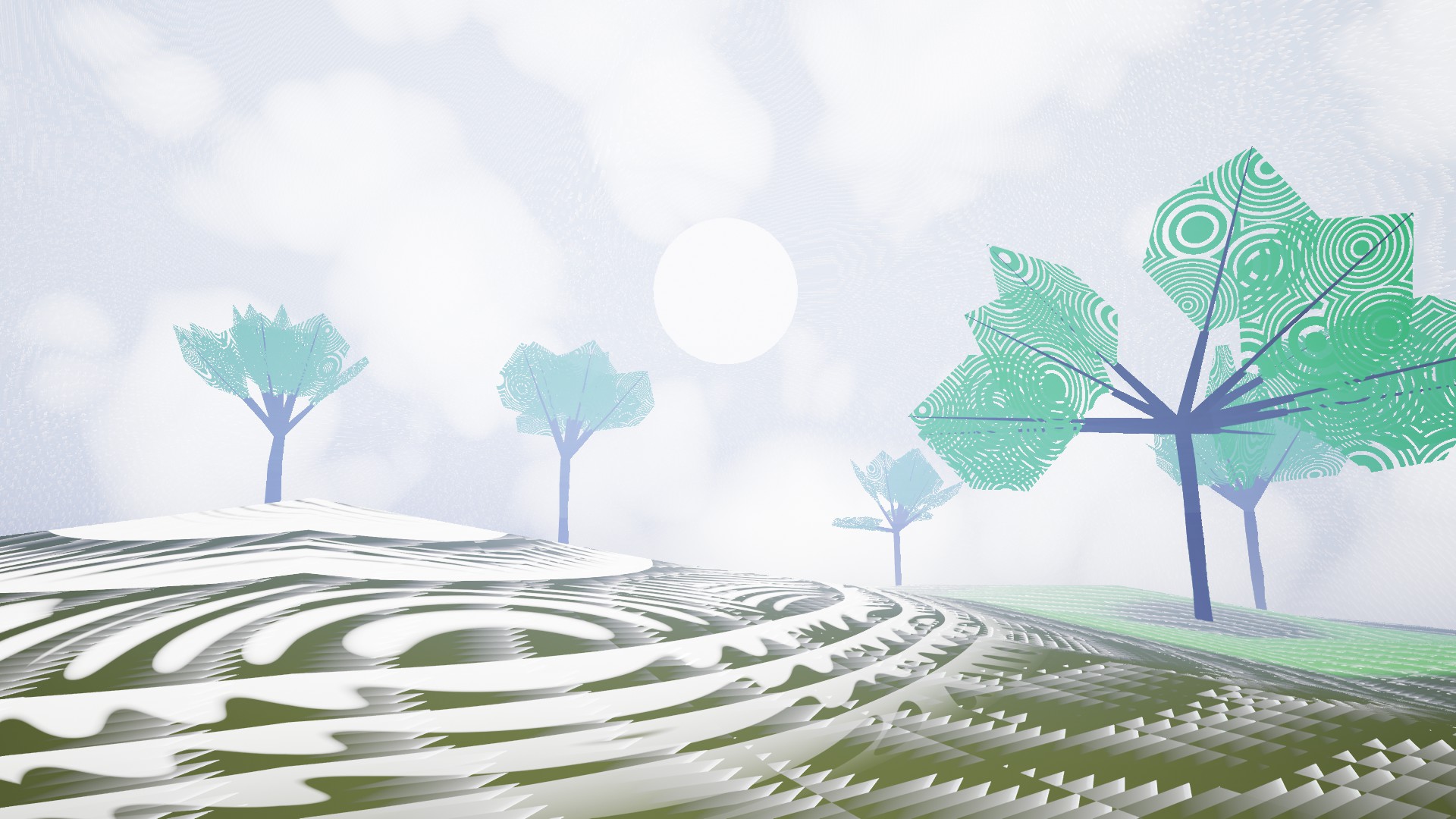 Visually looking, Overseas is a mixed bag, stylistically looking like a beautiful water-colored painting on one hand, but with very simplistic 3D objects and poor textures on the other. One thing that is going for this game is the distinct, minimalistic design direction of each of the levels/episodes, which wowed me a few times during my playthroughs. Sound and music are also similarly very simplistic and minimal that I really didn’t notice it at all, except in episode 3, which is definitely the highlight, both visually and auditory: it looks like an impressionist painting and sounds evoke tribalism and mystery. 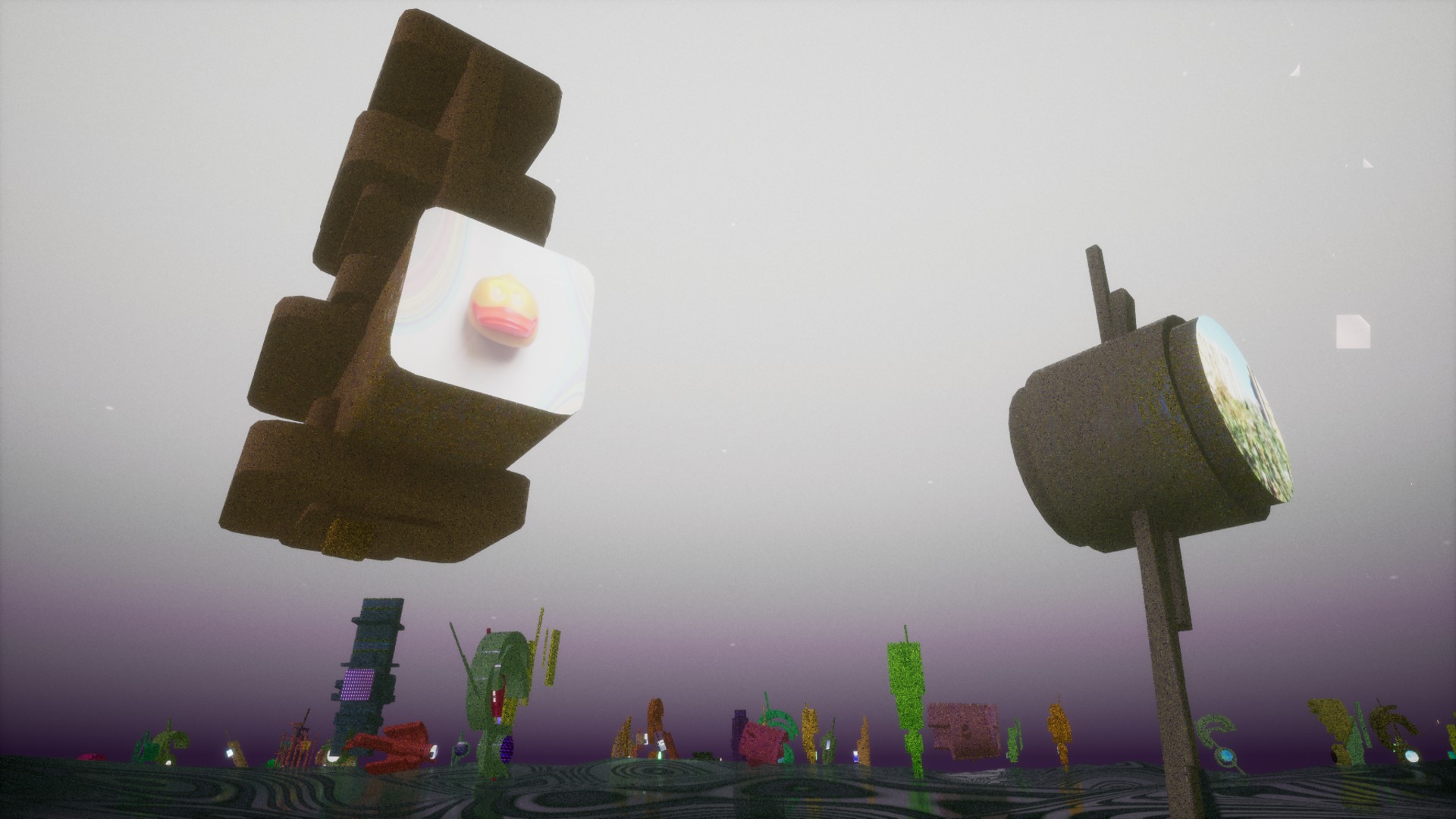 Story for every season

As I mentioned before, there are four episodes and talking about them would mean absolute spoilers but they touch upon many concepts like ego, memories, decay, fear of being alone, delusions, shamanism and tribalism, entropy, self-harming and hope, among many other things. There’s a balance between positive and negative emotions this game touches upon, all wrapped up in socio-political musings. First episode explores subjective idealism and the work of Jorge Luis Borges, the second episode is inspired by Max Ernst’s paintings, the third pulls its motifs from the Slavic paganism while the fourth episode deals with the rise of the primitive, modern culture in cold, industrial cities. Overseer is not a light-hearted game, it doesn’t hold your hand nor does it explain things to you, you are the one who has to interpret each episode that is left open for discussion and thinking. Sounds like your cup of tea? Well, I’m afraid I got some bad news for you. 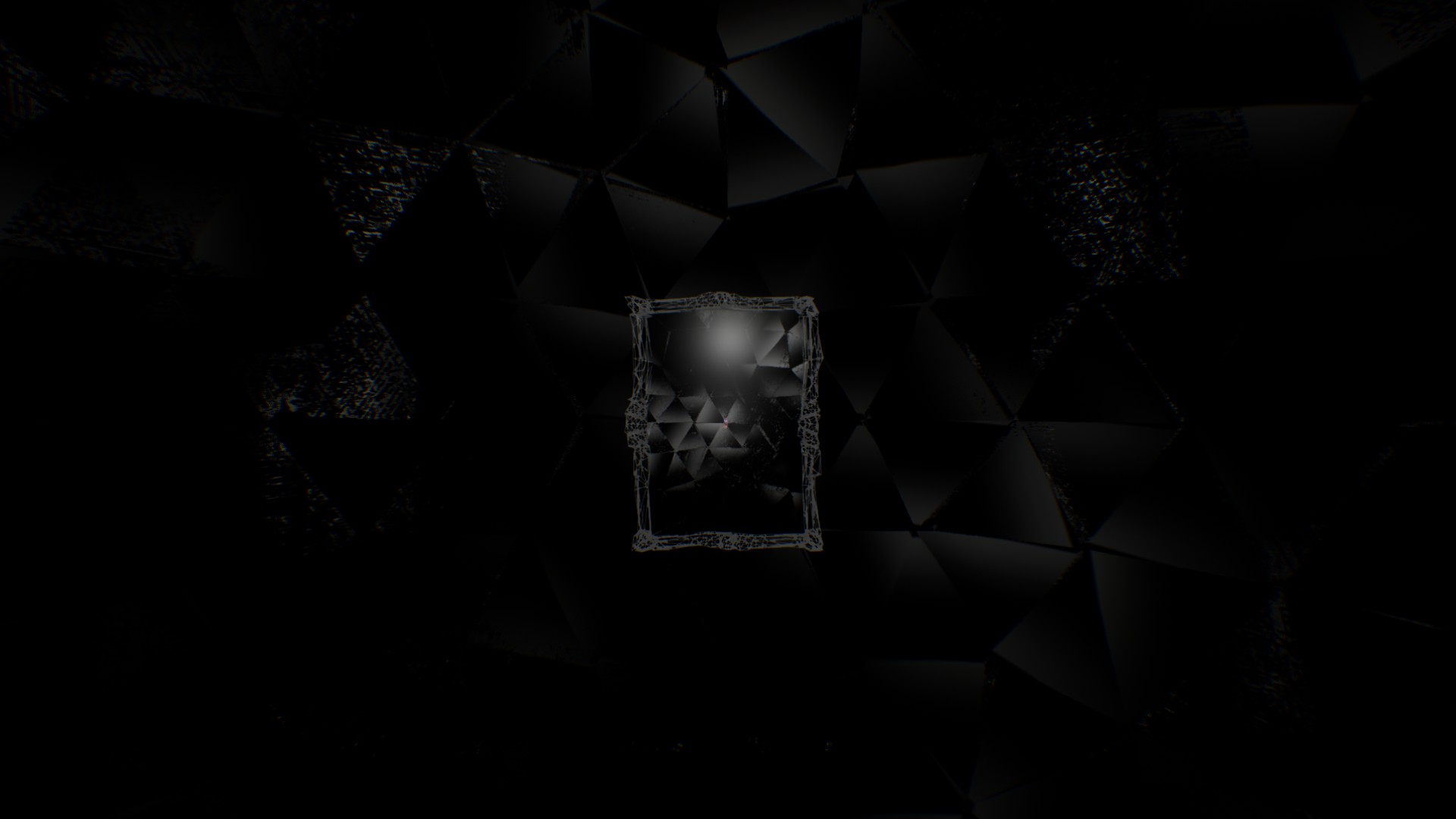 Problems under the hood

Overseer has two objective and one subjective problem, and mind you, these are big problems that will hamper your enjoyment a lot: Game has a serious bug in the first episode. And not in a glitchy-on-purpose-aesthetic kind of way, but the first episode regularly crashed and locked my computer to the point that even ctrl-alt-deleting did not help. The second problem is that the game is way too short: on my first playthrough, I managed to finish all four episodes in 15 minutes! For the price Overseas is asking, it offers extremely little.

I played a fair share of an emerging genre of games called “Walking Simulators”, and enjoyed every one of them. But I can’t find that source of enjoyment in Overseas. Like Overseas, other walking simulators are short in nature and often experimental, so why I couldn’t delve in proper with this game? Other games focus on certain ideas and emotions which they thoroughly explore while leaving enough enigmas in it for the player to ponder upon after completing. Games are an interactive medium and telling a story in such a manner is a powerful and unparalleled tool in the artist’s hands. Which leads me to my strictly subjective gripe I have with this game: for all its experimentation and avant-garde looks, Overseas explores its themes only superficially. There are no stories among four offered episodes, only ideas that are merely mentioned in a brisk manner and then abandoned. There are great ideas here that if effectively and playfully told and explored succinctly, could emotionally emanate with the player and grow in their mind for a long time. “Sacred Grove” episode comes closest to leaving a lasting impression, with an interesting way the simple but effective game mechanics tie nicely to the core ideas and emotions of this episode. All other episodes, unfortunately, are neither interesting nor compelling, they feel undercooked and unimpressive. In fact, calling Overseas a “walking simulator” would be a tad too much, as I felt I just participated in a bland, short and pompous art-museum exposition that ended up offering crumbs for my brain to chew upon. This game feels more like a “digital exhibition” than anything else: too stiff and rigid in its exploration of themes for it to leave any kind of a lasting impression. 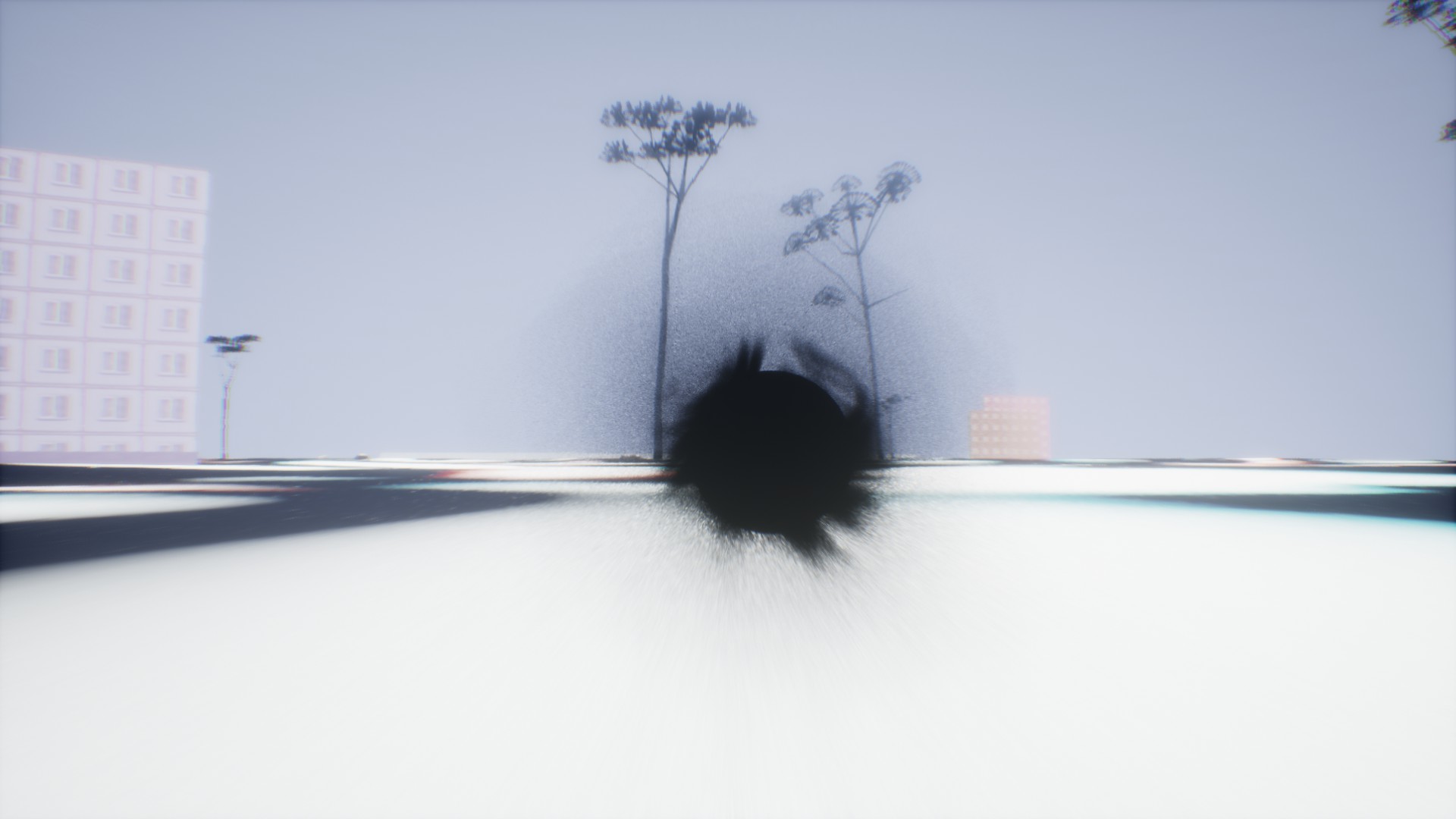 If this was a free game, I might carefully recommend Overseas, but with so many walking simulators that offer more inspiring paths to explore, I cannot recommend Overseas in this state. Devs did mention more episodes will be added in the future, and I really hope they will be more courageous and crazy when exploring future ideas. They have shown they have many more stories to tell, they just need to fully embrace the potential of this medium.