Pursuer will lose all its potential unless it receives major patchwork. Until then, this game remains unpolished, underdeveloped, and overpriced.

This game is shrouded in a mysterious cloud that prompted me to explore and understand it as much as I could, even to a fault. It seems Pursuer is still in a development stage. As such, I intend this review to serve as constructive feedback and to provide a sense of what I found enjoyable thus far. Unfortunately, I cannot recommend this game at this point of its development because of two ‘game-breaking’ bugs (for lack of a better term), outdated graphics, and other minor complaints. 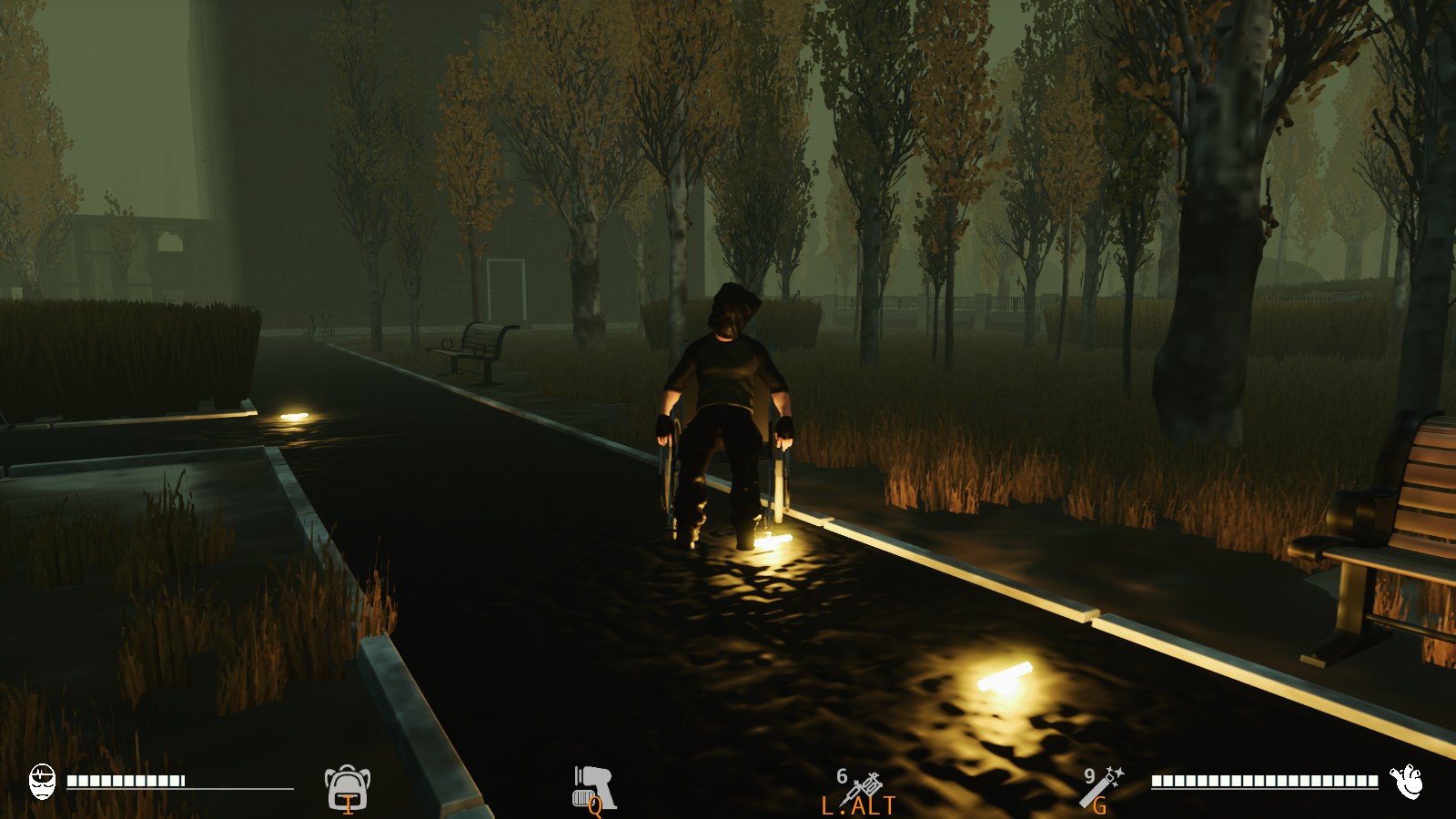 The Bad and the Ugly

The main issue with Pursuer is that there are two technical mishaps that render the player unable to continue playing. In Pursuer, you arrive to an investigation site where you must uncover the identity of a mass murderer. There’s four locations – a hospital, a laundry, a church, and a military hospital – and between those areas, there are multiple campfires which serve as rest spots to recover health. Here, you press ‘e’ to sit and regain health and press ‘e’ again to stand up and continue your search. However, at least twice I could not stand up after pressing ‘e’ to sit down and rest. In fact, no other control option was registering. I was trapped , and because Pursuer opts for permadeath, I was forced to restart and lose all my progress.

The second bug happens in the school. There, you can find a machine that creates items. One of which is a gas mask needed to explore the military hospital and other secondary areas depending on your spawn conditions. However, at least twice I collected all the necessary items to create the gas mask, pressed ‘e’ to create it, but nothing happened. The machine did not respond to any commands at all, and no gas mask was found in the machine or in my person. In addition, this meant I could not create any other item. My two options were to continue a heavily limited playthrough without an essential item needed for exploration, or restart the game and lose all my progress.

Even though Pursuer features an eerie Russian outskirts landscape, it still fails to tell you anything beyond the summary available in the Steam Store. Not only about its story, but about its controls, items, game mechanics, and so forth. I found myself collecting a lot of items, evidence, and scrap without any indication of their utility or purpose. Some I will admit were easy to decipher, but others, not so much. In addition, walking simulators like these usually carry a journal or notepad where you can view photos or write notes about your progress. Pursuer opts out of such a luxury. 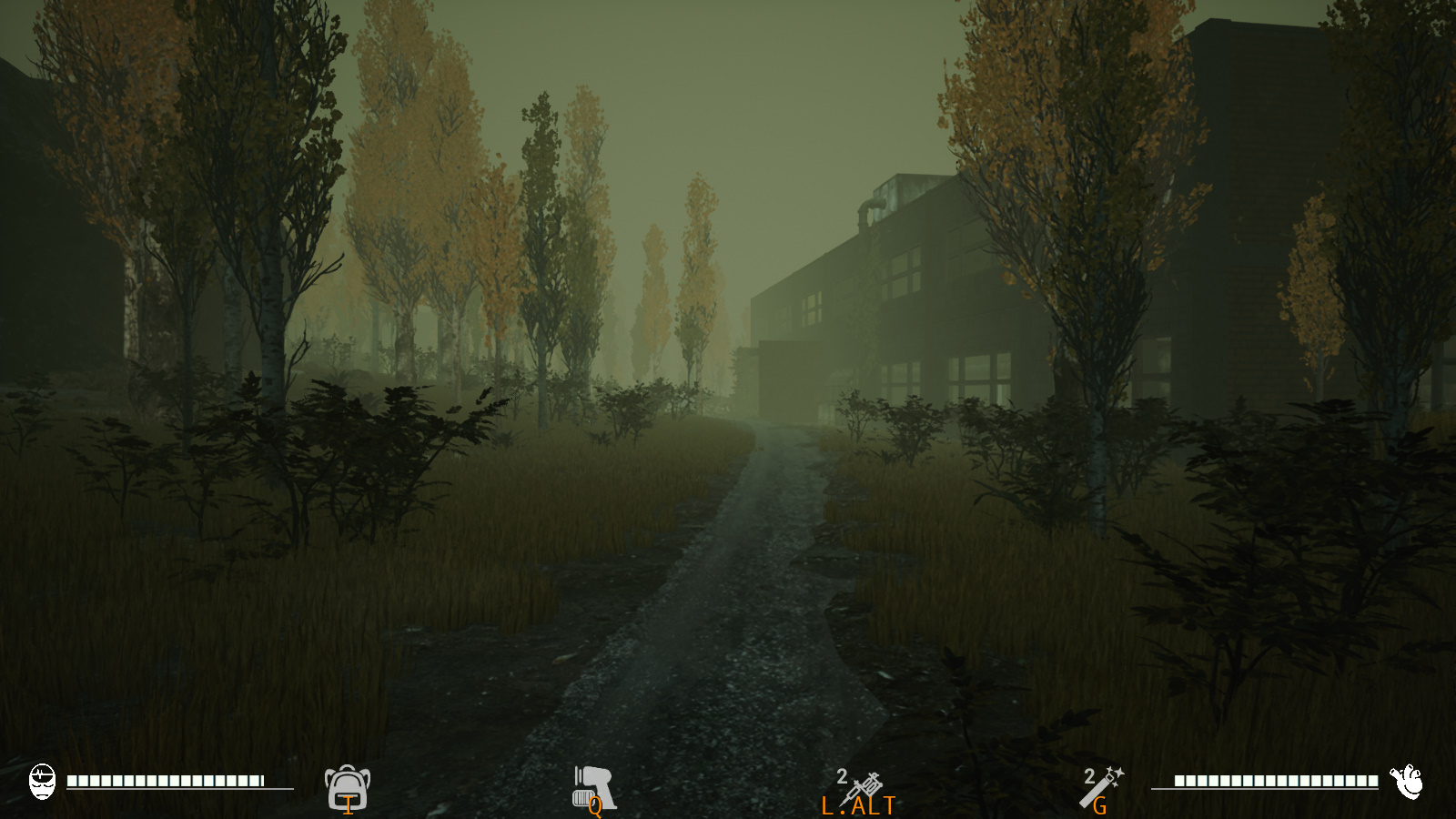 A Shimmer of Good Potential

I did enjoy the idea of resting by a campfire to regain health. Actually sitting down and waiting to recover health. The mechanic seemed to fit with the game’s spiritual tinge because it felt reflexive. Radios also regained health if you turned them on and listened to the static, something I found unique and oddly meditative. Pursuer also begins by asking you a few questions about your well-being and beliefs, in order to bias the spawn generator, and even though these questions were filled with typos, I appreciated the thought process behind them. One mechanic in particular was fun. If you answered that you believed in other dimensions, outer-dimensional bubbles would arbitrarily spawn, allowing the player to explore a cabin or a shack for items or evidence.

Pursuer is an unpolished game. It has big technical issues that compromise game play, and it has other minors issues -including a lack of proper optimization and clipping through certain walls and areas- that deserve attention. Even though I enjoyed certain aspects of Pursuer, such as its health regeneration mechanics and eerie atmosphere, I cannot recommend it at this time. In addition, and because of my mentioned concerns, I urge the developers to reconsider its $13.00USD price tag.