Patrick is an avid gamer, perhaps a bit of a geek. He goes by the pseudonym ‘Peace & Love Games.’ He is all about spreading the joy of sharing time with others, playing games, laughing, and learning. So come on in, pull up a chair, and learn something about Patrick a.k.a. Peace & Love Games in this interview. We interviewed him here for his game Tomorrow Don’t Come, and upcoming game, Their Loss. The former is a game that violently rejoices in the anguish of human emotion with no desire to assuage the inherent ennui that comes with being mortal. It’s a must-play with headphones that leaves you wanting more. For the latter – well, come read! 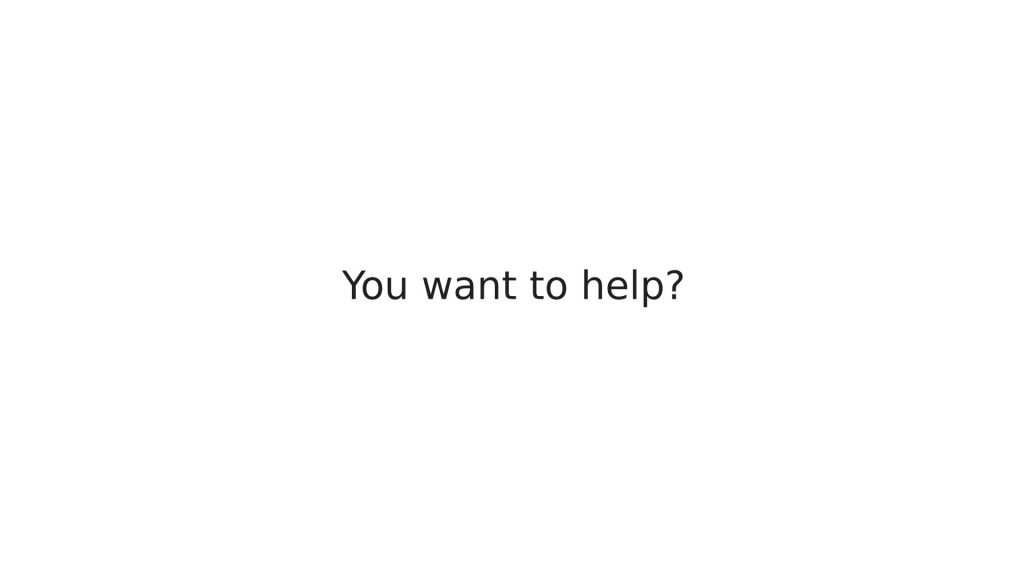 Malkavian: Hello ^^ My friend and co-host EtherBot is joining us today. Is that okay?

M: Well, you know me as Anna from Malkavian Madness so no need for an introduction – let’s get straight to it! But first, how are you?

P&L: How are you is always a difficult question. Right now I feel very good, happy and satisfied with life in general despite just having been through a breakup a few weeks ago.

M: I’m glad you’re good! And I’m also happy, and so before I forget I wanted to thank you for taking the time out of your busy schedule to do this sort of, casual interview, for the lack of a better term. It’s good that you can look at the silver lining, despite breakups always carrying a touch (maybe more) of sadness.

Q:Is the breakup related to gaming? Where did the name ‘Peace & Love’ come from?

P&L: Alright let’s dive into it! Be prepared for a lot of text.

M: Oh, Ether and I are always chatting away walls of text so do not apologize.

EtherBot: yeah get as rambly as you can pls lol

P&L: Alright where do I start. I currently live in a huuuuge house with sometimes up to 40 other game developers, currently 30. My ex, let’s call her Lucy, originally from Germany was in Sweden for a student exchange program and was teaching in another city here but lived with us in the house. So our time together had been always limited because she had to go back to Germany at one point. Adding into the mix another guy as well she’s having an open relationship with. My friend literally told me the other day that my life is a soap opera. ^^ But coming around to why I’m doing fine right now. In March I’ve discovered meditation for myself and it literally changed my life. I really can’t describe how much it helped me coping with life. I’m a vivid traveler. I used to live in Switzerland up until 2015 but since then I’ve lived in many many countries; currently Sweden. It must have been 2012 or so when I received a message from another couchsurfer with ended with Peace & Love, %name. I’m also a hippie at heart. Having been confronted with so much darkness in my life, I tried to spread love as much as possible. That’s why Peace & Love seemed to be the perfect choice.

Q:Has travel changed your perspective on game design? Has living with other gamers?

P&L: Hmm yeah the travelling must have affected my perspective when it comes to making games. For me, I always was interested in more than just fun. I want to get something out of a game. I want to learn something. I want to feel something. I guess that’s also my approach when it comes to making games. I want people to be able to relate. To identify themselves with the content and giving food for thought. Living with so many game developers has not affected my approach to games and developing. I like to talk about life with people. It’s very rare that I talk about games unless they moved me in some exceptional way somehow. For example, Life is Strange or The Beginner’s Guide.

Q:How have Life is Strange and The Beginners guide influenced you, specifically? What was the purpose behind making TDC?

P&L: I’ve always been a storyteller. I’ve been writing since I was 10 or so. It’s less that those games influenced me than they were exactly what I was looking for. Romance, Life, Emotions are subjects that always fascinated me the most. When it comes to how I want to tell them I just try to work within my limitations and make the best out of it. For TDC the way to tell it was very clear from the beginning to me. I wanted to connect the “story” with gameplay to enhance player empathy. I literally started with the chapter “moving forward” and continued from there on. I never planned to make a whole game. I just continued adding more and exploring my own mental state at that time. And it was also important to me that the story of TDC is relatable and not focused on certain situations. It’s very much a high-level approach even though it’s presented as being very personal.

E: On the topic of TDC’s gameplay: I think you did a very good job at blending it with the story very well

P&L: Thank you! You can’t imagine how much time I’ve just spent thinking about stuff before actually programming it. 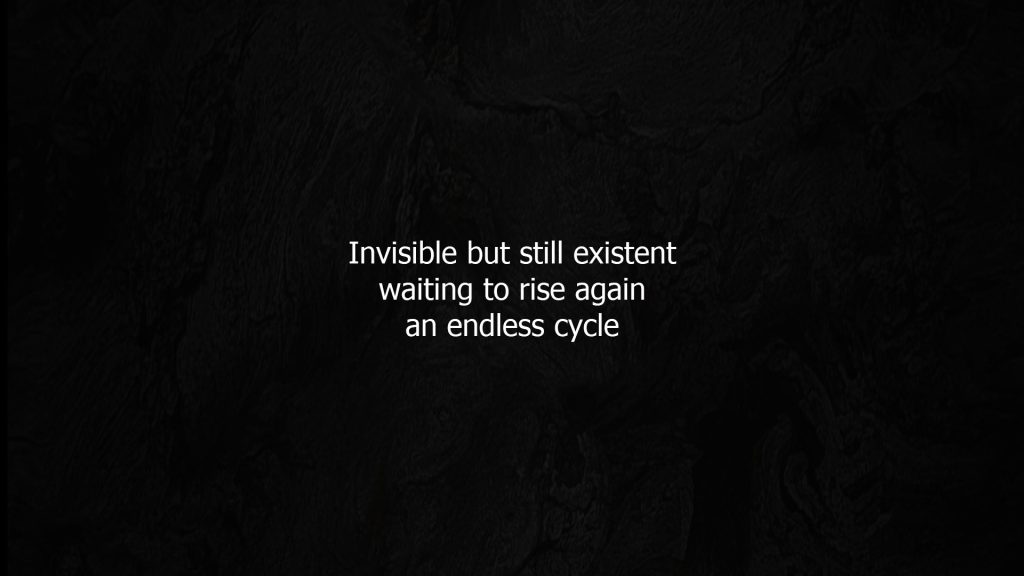 Q:Did TDC’s story come after or before the gameplay? Would you call TDC a ‘depression simulator’

P&L: Both. The very first idea was “I must move forward” but I can’t. From there on the story came first and I put a lot of thought into it on how to translate it into gameplay.
I would classify TDC as a personal experience. Depression simulator feels wrong. People can call it whatever they like, but I wouldn’t call it that. ^^

Q:Did that first idea of “I must move forward” stem from a personal situation?

P&L: I was inspired by Depression Quest. I’ve never played it but all I know about it is that you’re given options and depending on your mental state some are crossed out and you can’t choose them. I wanted to explore this idea further and ended up working almost two years on it. 😀

E: It’s sort of interesting how a lot of your “choices” in TDC are obfuscated, I think. A lot of the puzzles are in figuring out what you ‘can’ do next, more than just choice-based games where you deliberate what you ‘should’ do next, I feel.

P&L: Yeah, it’s because with depression, you always know what to do but you can’t. In my head, all the choices in TDC make sense and have a logical background. ^^

Q:Why did you name the game ‘Tomorrow Don’t Come’ the way you did?

P&L: It’s the feeling of wanting to not wake up again. Like you literally don’t want tomorrow to come. ^^

Q:How did it feel to work on TDC for so long, given the subject matter?

P&L: Most of the content was done in about a month or so. From there on it was just polishing and testing what was there. I’m completely detached from the game by now. I’ve worked for about a year on it before I released it and then continued to polish and update it for another year. Oh and btw, only a selected handful of friends actually know the game. I’ve kept it a secret from everyone else.

M: Oh, well before we move on to the DLC, why is that?

P&L: The DLC was a suggestion from a user I was talking with. We’ve spun some ideas around and I really liked them. Since I could not fit it into the story, I decided to release it as a standalone DLC — Ah you meant keeping it a secret, one sec ^^

M: Regarding the DLC, I like the feedback loop between the user and you. It’s nice to see developers interact with players, gain constructive criticism, and create a new idea.

P&L: Maybe we can skip the secret question. It goes very, very far. ^^

P&L: Okay, okay. I’ll tell you some part of it. I guess at first it really was because I did not want to hear feedback from friends. It’s very personal. I don’t tell everyone about my mental health. I’ve opened up much more since then. And I’m very close to just reveal the game but not yet. ^^ It also gets people interested if they ask about your game and you tell them it’s a secret. It was also scary. Because I had developed it in complete isolation, I had no idea how it would be perceived and if people could even identify with it.

Q:What was the process for telling the DLC story with the same format as the main game?

P&L: Making the DLC was hard! I’m not completely satisfied with the mechanics of vicious cycle, I think it’s too constructed compared to the main game.

Q:Anything you can tell us about your new game?

P&L: The new game will be called Their Loss. It’s similar to TDC in the sense that it tells a personal story but this time it won’t be only mine. It will be centered around the players telling their own personal stories about life. Like TDC helped me in some way to get things out there, I want to give other people the chance to express themselves.

Q:What style of gameplay will it have? Why did you title it that?

P&L: I want the stories to be centered around friendship, love and death. It’s the losses of all the players who will create stories. There are probably not gonna be any puzzles because it would be too complicated. But who knows. I’m still in an early prototyping stage trying to figure out the mechanical kinks.

Q:Is there anything you want to end the interview with? 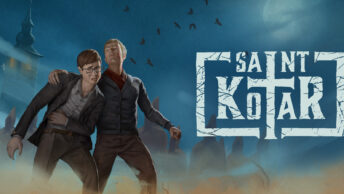 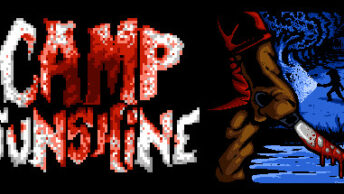 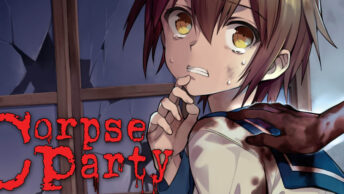