Ever had a job you hated? Ever had a position that was so soul sucking that you sometimes wished they would fire you just to put you out of your misery? Ever thought you could do a better job running the place than your bosses ever could? Famous Last Words.

Guess what! It’s time for another dang DLC for Dungeons 3. How many is that now, I’ve kind of lost track in the crowd. Just how many of these things are there going to be anyway? I’m being told this is the last one but is it though? The previous DLC was pretty unexpected as its name suggested, but they do say this one is going to be the end. I wonder…could it just be Famous Last Words?

Famous Last Words is a three-mission campaign expansion to Dungeons 3. While it doesn’t introduce the player to any additional units or dungeon types, it does add a new boss enemy and new creep type. The enemy this time around is the Narrator from the prior segments of the game. He had been slowly growing more and more annoyed with having to Narrate the game until ultimately, his mind snapped with the aggravation. He turned from good guy to bad guy in the blink of an eye and went mean-spiritedly rogue. Relying on discarded game ideas, he sets out to defeat the innocent player just so he doesn’t need to narrate anymore. 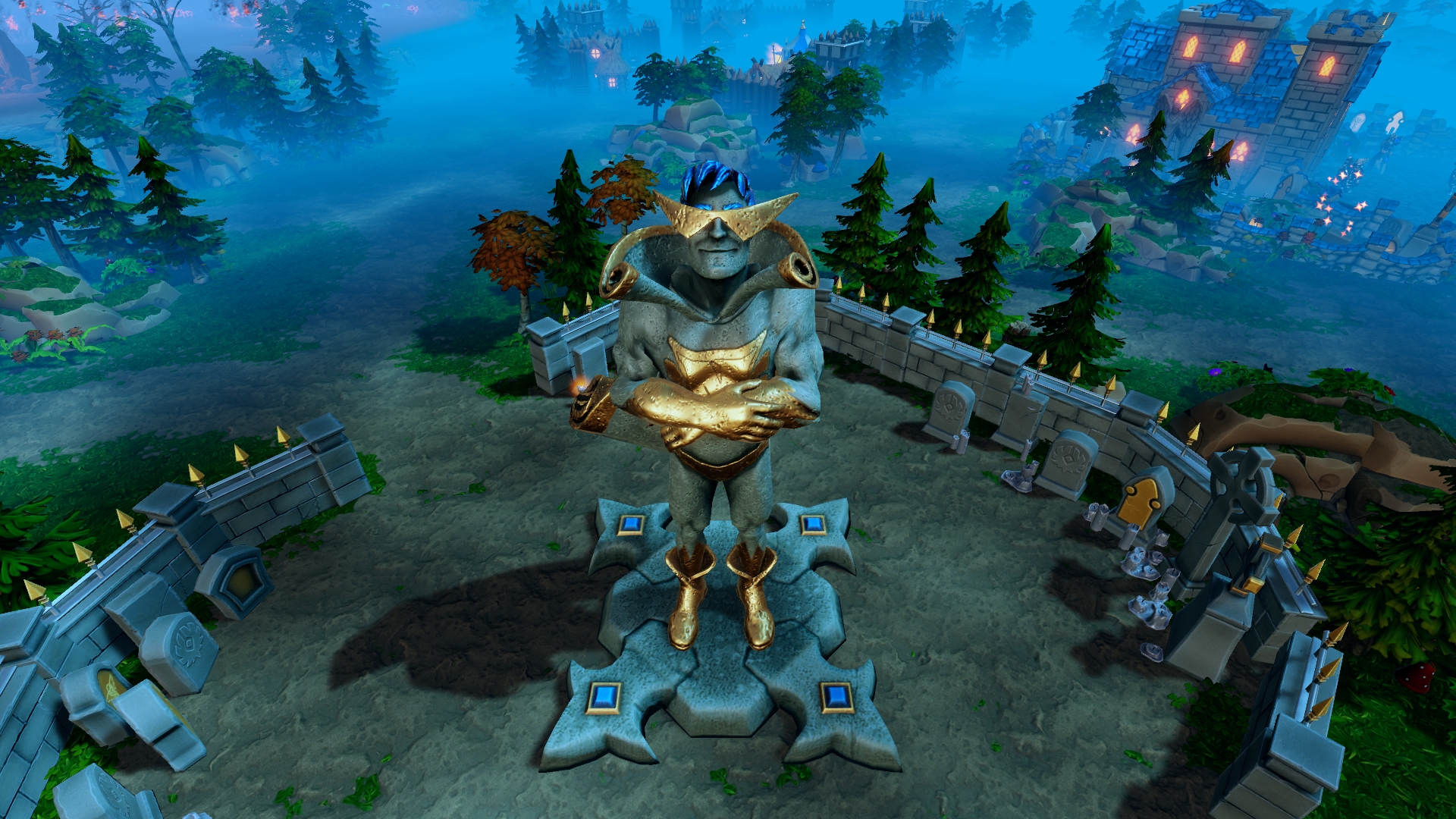 While three missions doesn’t sound like a lot (because it truly isn’t), it isn’t that expensive of a DLC. The three missions are enjoyable and do take quite a while to complete. This is mostly because the enemy resorts to a lot of cheap tricks to grab your attention and adds more to the entertaining experience. The new creep type is particularly annoying (and interesting). He spawns a peculiar device in your dungeon. If you let it sit there untouched for more than a few seconds, it will spawn its own room on the spot. This of course will completely destroy anything you had already placed there. This new room then spawns enemies until it is defeated. It really only impacts the second mission. The third mission is more traditional, although the Narrator still pulls dirty tricks on you when the time of day changes. Mostly owing to me being not-the-greatest-Evil in the land due to being out of practice, the DLC did take me a good 10 hours to finish. I believe someone more skilled and more adept at hotkeys likely would finish in half that time easily, but then again…what’s the rush! 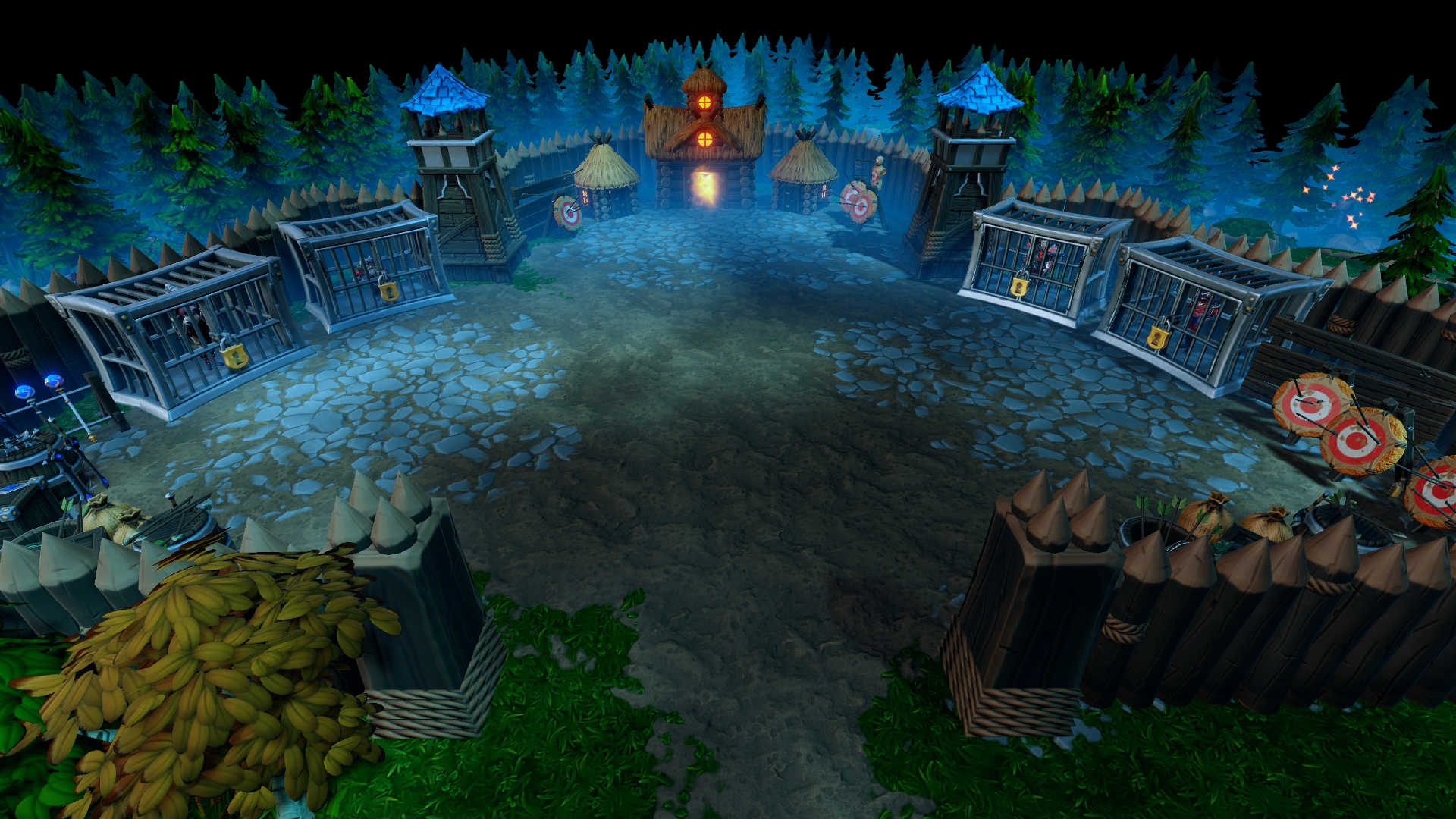 The DLC, like the previous ones I have played, is fully voice acted. It gets very repetitive if you take too long to finish the level, but it is still enjoyable to hear the Narrator pretending he isn’t the enemy, but at the same time praising the enemy and insulting you. The second mission felt like it was never going to end with the constant need to smash the invading rooms, rebuilding damaged rooms, incoming enemies, the wandering boss as well as trying to complete the objectives and keep my minions happy. When I ultimately won it, it felt good. Like I had actually managed to accomplish something. The third mission was considerably easier although a bit slow starting. 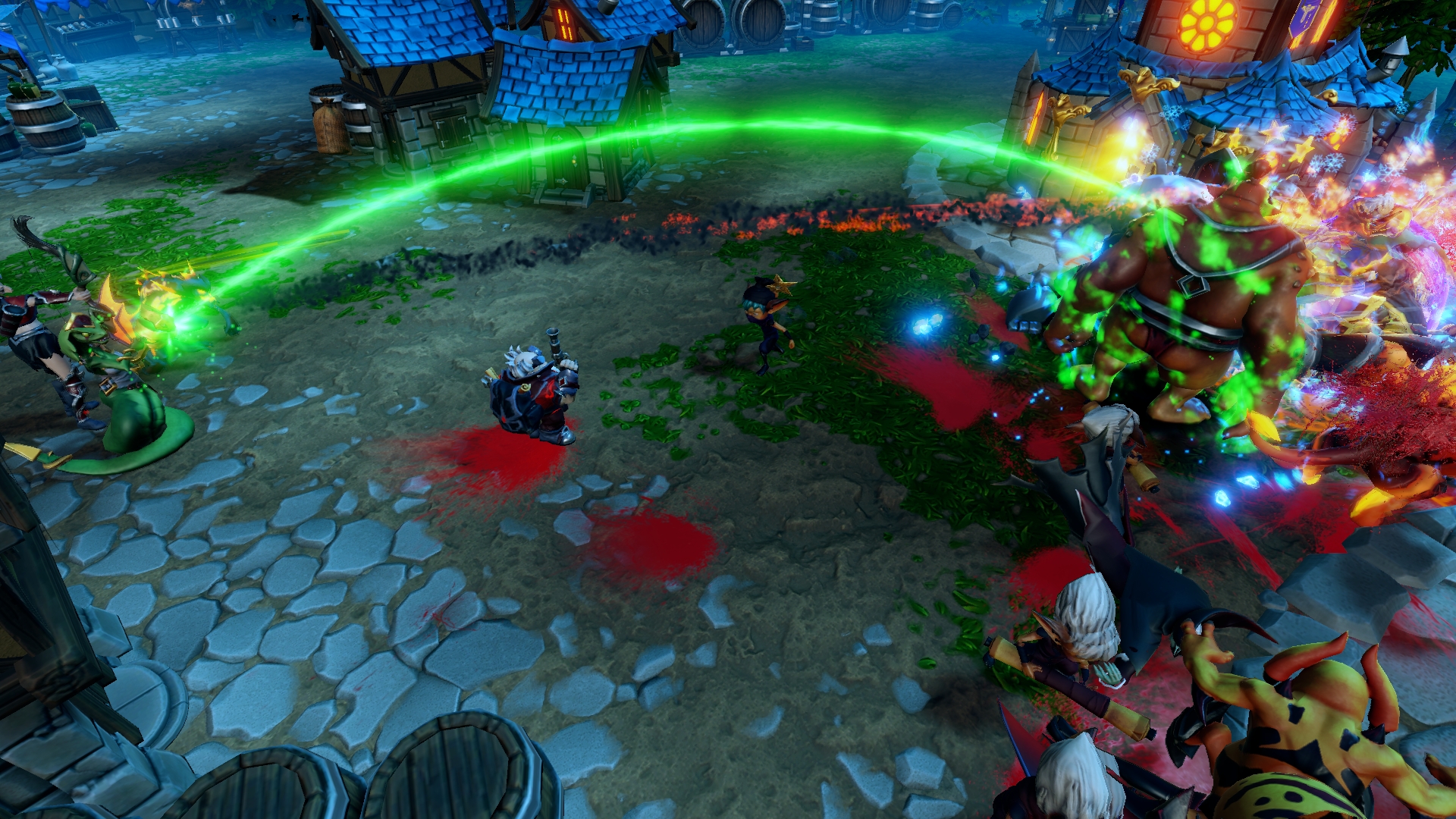 With this being the final DLC, it does give a decently satisfying ending to Dungeons 3. The narrator is done with the game, the young lady who was corrupted in the initial game has gone full evil and is fed up with the Narrator’s insults and meddling. There are really no more heroes left in the land, unless a few more happen to show up for the “All Good things must come to an End” DLC before Dungeons 4 comes out. Maybe heroes from Space will land to try to remove the Evil and you will end up having a dungeon on the moon. Who knows! Regardless, if this is truly the last DLC, I have to say I did enjoy it and I am glad they did not let Thalya and the Narrator go quietly into the night. 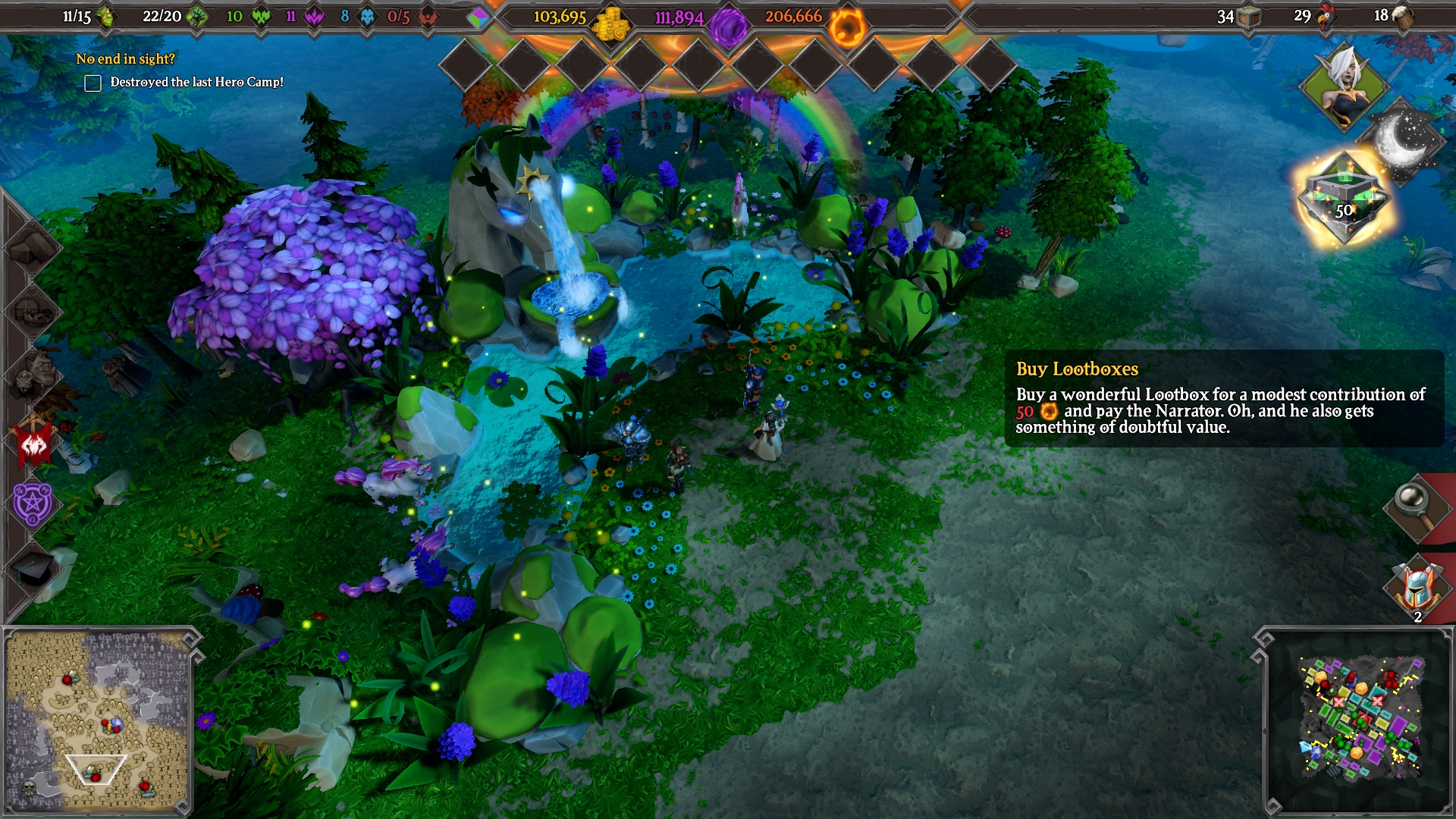 There is one addition to the game that I have mixed feelings about. It was clearly added as a joke, and I enjoy that aspect of it, but I have to say, it overdoes it a little. The Loot Box. You are able to spend a little evil to open it every other minute. It does satire the paid loot boxes of other games quite nicely, but it is also very cruel. It can give you useful boosts, resources, units or release enemies into your base. Just like the cash loot boxes that it satires, the odds of you getting something good, is pretty low. Most of the time, it just spawns enemies in your base, often making a bad situation worse. Sometimes when I am losing the battle, I will do a last-ditch effort and pop the loot box hoping for a boost or units to help me out, but the majority of the time, it just spawns additional enemies for me to have to deal with. It could just be that the random chance box continues to hate me for some unknown reason, but actually I’m pretty sure it is designed to do just that. 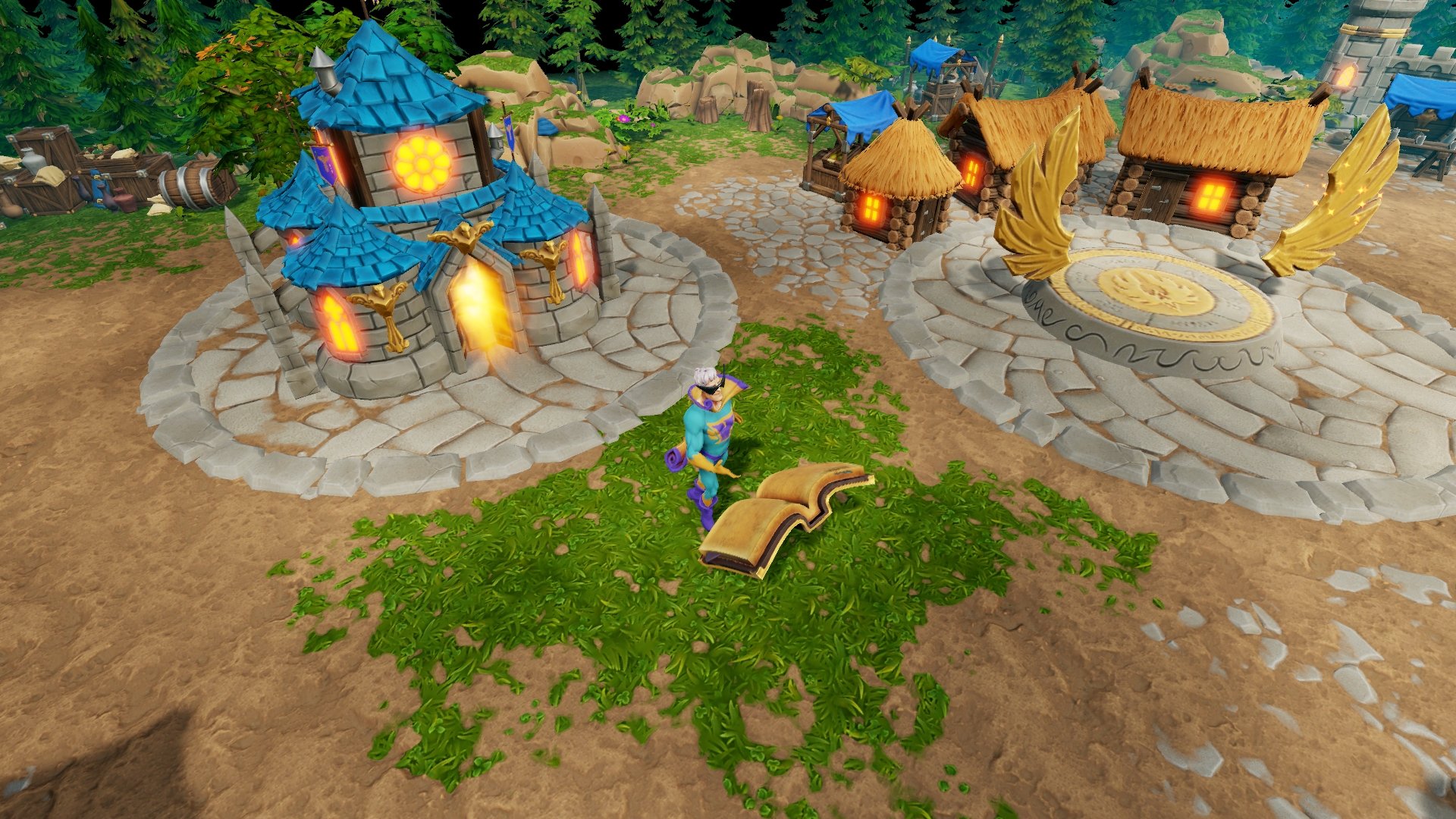 An interesting concept from this game is the fact it claims to be the rejected ideas from the Dungeons 3 design book. It does sort of feel that way since it adds a lot of frustrating elements, but they come together in a neat package that seems to work well together even if its entire purpose is to frustrate you. Short timers where bad things will happen, room destruction, “bugs” that disable your spells or traps and possibly remove them entirely and loot boxes that certainly seem to hate you. There are plenty of things that are meant to mess with you and any standard designs you may have. It feels like someone is being petty and trying to ruin your fun and that is precisely what the Narrator is trying to do. He is sick of the game and he wants you to quit it so he doesn’t have to narrate any more. It’s someone who is working a job because he needs his pay cheque, but he doesn’t feel compelled to do a good job any longer. Sure, in reality, it’s all in good fun and I am sure the voice actor is enjoying himself, but he plays the part well. It truly felt like someone who just doesn’t care anymore. 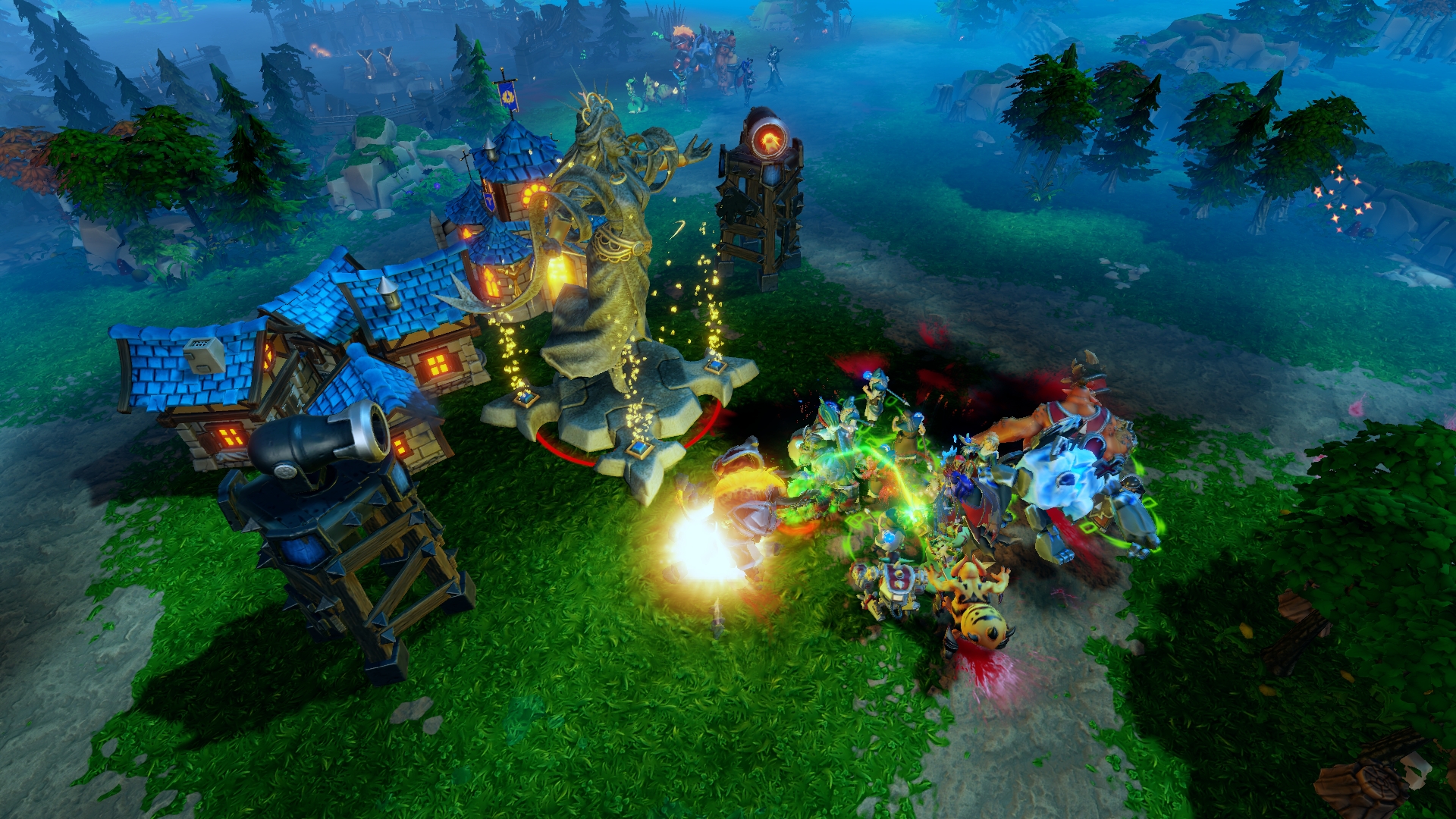 So, should you pick up Famous Last Words? If you enjoyed Dungeons 3 so far and would like to check back in with Thalya and the Narrator, then I would say yes, pick it up. It’s relatively low cost and it does have enough gameplay that you can easily get your money’s worth out of it. It doesn’t really require you to have played the previous DLC, although it likely would help with the story. The Narrator was already getting moody in the previous DLC and he even starts this one up by calling it “another damn DLC.” It doesn’t really add anything new of significance or overly unusual to the game other than another enemy for you to challenge and the new creep type. The nice thing is the humour of the series is still here and it is always pleasant to get a little more of it. If you have all the other DLC, I would recommend that you pick up Famous Last Words to enable you to put the Narrator out of his misery and finish the story.