ARTICLE: An Introduction to the 2v2 Arena Fighter Genre and the unfortunate story of Rise of Incarnates Part 1
Add comment
Share:TwitterFacebookRedditPinterestWhatsAppEmail

ARTICLE: An Introduction to the 2v2 Arena Fighter Genre and the unfortunate story of Rise of Incarnates Part 1

Introducing the 2v2 Arena Fighters and their history

Don’t like complicated inputs in fighting games? Ever thought about a good fighting game you can play with your friend as a team, in full-blown 3D movement, both on the ground and in the air? Not only does that kind of genre exist, it even has gameplay that was refined over a decade.

This genre is a derivative of the classic Mech 1v1 3D Arena Fighter Virtua On from Sega. The 2v2 Arena Fighter is a popular genre in Japanese Arcades popularized by the Gundam Vs. series. A pair of 2 people team up to fight against another team within an Arena and various maps are replicas of classic Gundam Anime/Manga series locations. Initially, the cast was limited to each respective Gundam series like Federation vs. ZAFT, which was focused on Gundam SEED. Later on, the less popular Gundam Vs Gundam introduced an IP-wide crossover.  It supposedly didn’t hit the mark with the fans due to the gameplay. Then came Gundam Extreme Versus. A game that hit all the right buttons and since then has been the king of arcades with all its sequels/upgrades.

The PlayStation consoles, and for a time even the PSP, have had ports of them until Gundam EXVS Full Boost, the sequel to Gundam Extreme Versus. They were never localized for the western audience until Rise of Incarnates was released. Before then we had the chance to try it without resorting to importing. Much later on the PS4 exclusive Gundam Versus, a separate game from the current running Gundam Vs Arcade Game, also had a localized release, not less than two years after the untimely end of Rise of Incarnates.

The gameplay thrills of a 2v2 Arena Fighter

https://youtu.be/Qex8Clnx1_0
These games play completely different from traditional fighting games. They are full 3D fighters. Focused on movement, reading your opponent and teamwork.

Life and Team Stock Gauge
Every player has their own life bar and on top of that, the team itself has a life bar too. The stronger and higher the “cost” of the unit is the more you lose at its demise. Once the team life bar is depleted, it’s game over. Both are readily visible for both sides as gauges.

Each unit is in a cost category. Higher cost units have overall better performance than lower cost ones. Once a unit dies, the respawn costs more than what your Team Gauge can offer,  and thus “Overcost” comes into play. The game automatically scales down your life on respawn according to the remaining amount of Team Gauge.

The camera is in the third person and is in line according to your currently locked-on opponent. In order to help the player to measure distances, the lock on marker has a few different states. There is one for outside of attack range, in shooting range, in melee range and invincible. The latter one appears after getting a few hits as they will fall down and stay invincible for a short time to recover, giving you a chance to recover. There are also additional indicators showing whether you are being locked-on or attacked. Once your opponent is in attack range your attacks will have a certain amount of tracking attached to it. The extent of tracking varies from each attack.

The movement is one of the most important parts of the game. You will always jump and dash around in vectors. Be it in the air or on the ground. Outside of walking, which is never used, all of it is bound to the boost gauge, even attacks that keep you hovering in the air. Once the Boost Gauge is depleted it goes into a full cool-down preventing any moves that require boost. That is a perfect time for an attack and therefore a situation you want to avoid.

Attacking by Shooting and Melee
Most shooting attacks have infinite ammo but are limited by cool-downs or slow recharge. Melee requires being close up and comes in a short attack sequence on hit if you keep pressing the melee button. Each subsequent attack has its damage scaled down and once you hit them past a threshold, they will just go into a hard knockdown without any recovery options. As mentioned before, the hard knockdown state comes with invincibility so make sure you don’t waste your attacks and time.

The excitement of a 2v2 Arena Fighter
The whole game is balanced around 2v2. It is all about moving around the stage and always being on the edge rather than remembering and doing finger gymnastics to execute difficult combos to get good results, playing solid with proper pattern recognition, environmental awareness and strategy are key to the win. Except for boost actions, the controls are direct and are available at the press of a button. It is very easy to do what you want to do without fighting the controls. There is mostly no wall between learning a new unit/character outside of learning how the basics of how to use them.

You’re not on your own. This can create tense situations where you survive by a hairsbreadth because your partner defeated the opponent just in time. By having a partner, it also opens up multiple team combinations, bringing more variation to your play.

The basic idea on how to play a 2v2 Arena Fighter

– Moving and spacing
Keep your radar and lock-on in check. Move into range to make your move, if you are fighting a melee based opponent try to keep them at the maximum lock-on distance.

– Resource management
Ammo, Boost Gauge, Life, Team Gauge, etc. there is a lot to keep track of. Make sure you think two steps ahead for more efficient resource management. You don’t want to run out of ammo after clipping a hit, do you?

– Environmental awareness
There are mountains, buildings, etc. use them to your advantage for dodging or cornering your opponent.

– Teamwork
Work with your partner. Save them from combos by cutting in or help your partner increase the pressure on his opponent after creating your own opportunities.

Example of combining the ideas: Running away to victory

It doesn’t sound glorious, but it’s effective and maybe even unfathomable for beginners. Once your Team Gauge and your own life are low, it is very likely you will become a popular target for both opponents to the point of ignoring your partner to shoot you down for a fast win.
This is where all of the prior ideas come in. Your low health requires everything you got because the next hit they land on you could be the last one. You need to move outside of their expectations while watching your resources, route them to your partner so he can take advantage of their narrow-sightedness, use the environment to create a short safe spot for recharging your boost gauge. It requires quick thinking and decision making because they could also move away from you to 2v1 your partner. At that point, you will have to make the point that you are still a threat.
There are many times where my team won by either of us applying this strategy and turning the tables.

Here’s a nice introductory video courtesy of UnlimitedBrettWorks using Gundam Versus (available on PS4) as an example:

The rise of a community
Gundam Extreme Versus was the first title of the series that offered online play and it was a PS3 exclusive. Quite a few people in the west have imported the game and even managed to have a lively community. It was a blast to play, the netcode was quite good and there is a lot of the original Gundam soundtrack accompanying the different series. Communities started to form around the game. Organizing sessions and lobbies to play together. For an import only game, the population was surprisingly healthy and you could frequently find lobbies within the game.

The end of Gundam EXVS(FB) on PS3

Fast forward 2 years later, the pseudo-sequel Full Boost also came to PS3. Full Boost was more of an upgrade but sold as a new game. Full Boost itself came with a huge cast of units, including everyone in EXVS. The game held on quite well. Until it became clear that the support was ending. We were left with an old version with no hope of playing the newer Arcade Versions. In the end, it spiraled down to its demise. The competitive scene itself has put the cart before the horse. They only focused on themselves with a Japanese competitive rule set like fixed teams, the stage “Side 7” only, best units to win only, etc..

In general, it wasn’t fun to play according to some arbitrary rules that make no sense. That is also where I dropped off.

Though to be fair, who am I or others to tell them what is fun and how they should play? It was just something that has run its course.

There was also an unfortunate reality for the competitive scene. It required four screens, four consoles, AND internet to play it. The prohibitively expensive cost of a single set up for just one match prevented any chance of a competitive breakthrough. Leaving competitive fans chasing nothing more than an elusive dream of Japan’s healthy arcade player base, while everyone dropped the game.

At the time close to the release of Gundam EXVS FB. Bandai Namco announced the game Rise of Incarnates with an Early Access Program in the west. A completely new IP built for F2P exclusively on PC.

To be continued in part 2… 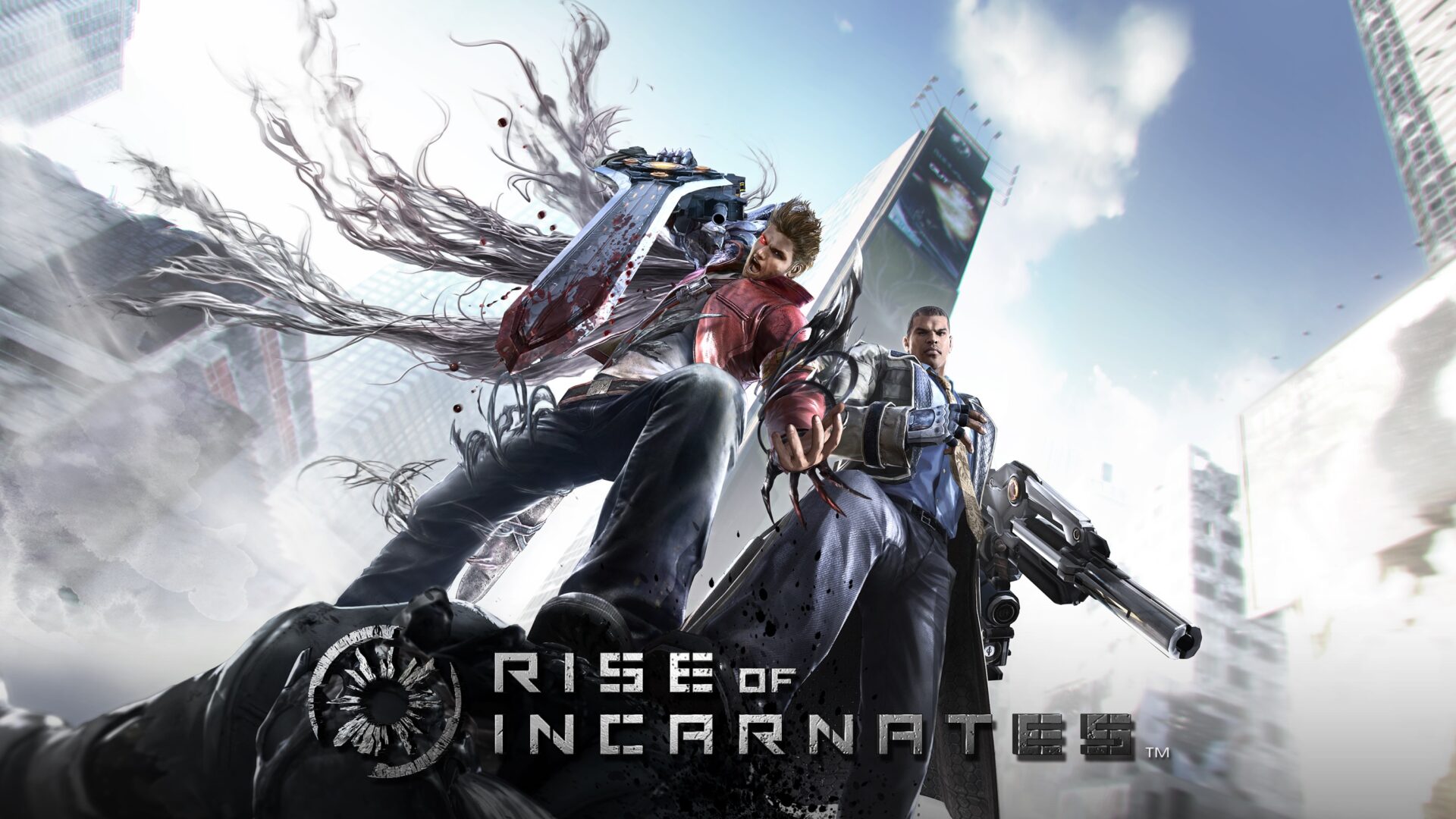 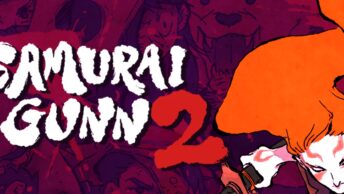