A solid entry in the steps of Mario Party.

The Nintendo social experience on PC

The party games era on PC started with 4-Player arenas trying to recapture the thrill of Super Smash Bros, then later on indie games tried to recapture the fun of the Mario Party series. At first it was with mini-games only, but now a few of them are appearing with the board game layer on top. Alien League is one of those.

It’s important to know that this game cannot be played online; furthermore, there are no bots so it’s mandatory to be 2-4 local players in order to launch the game. A whole session lasts 30-45 minutes depending on the number of players, and we would have liked to see that length slightly reduced with a few less turns to play, but that was alright. With that out of the way, let’s see how this game works. 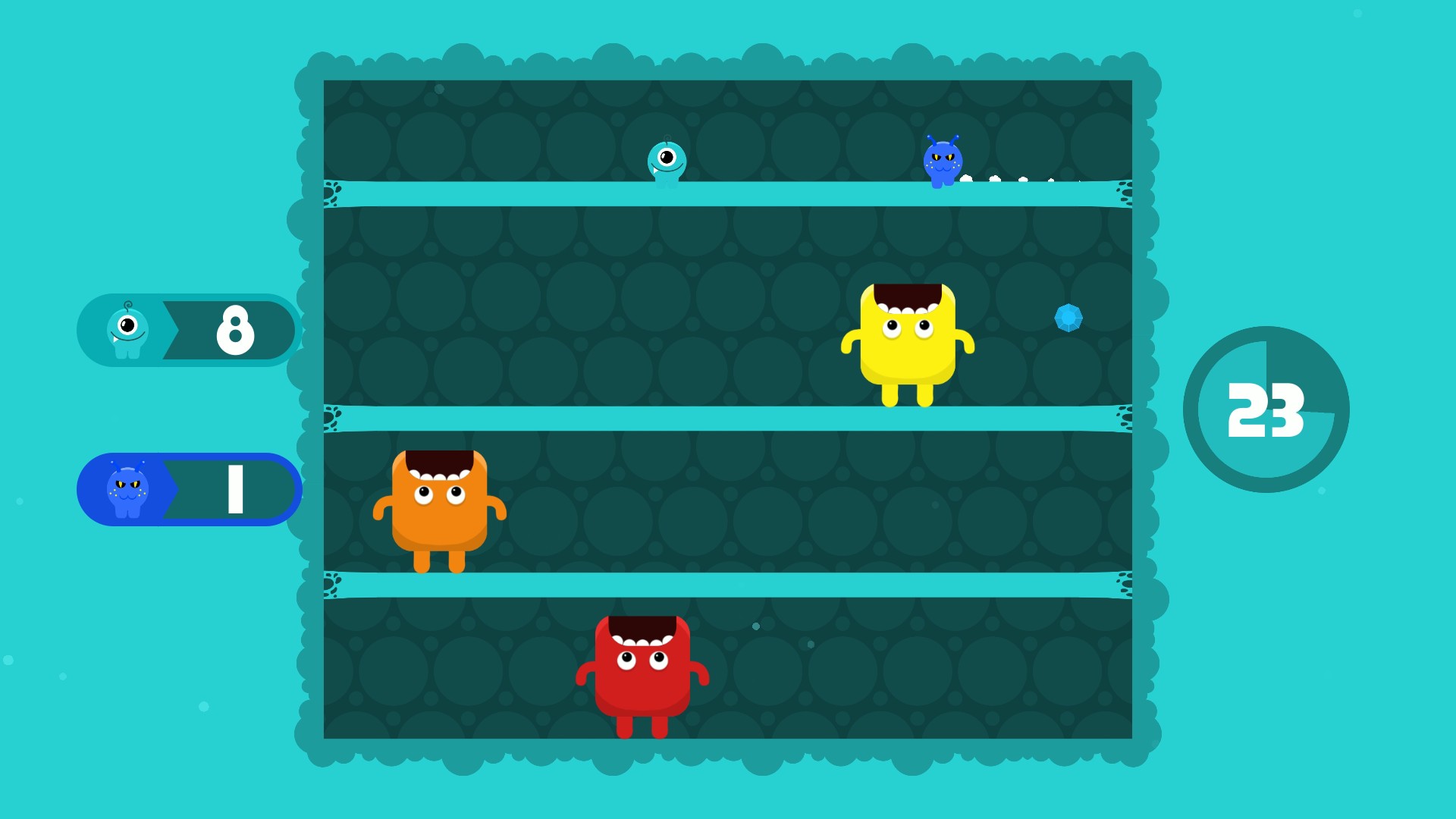 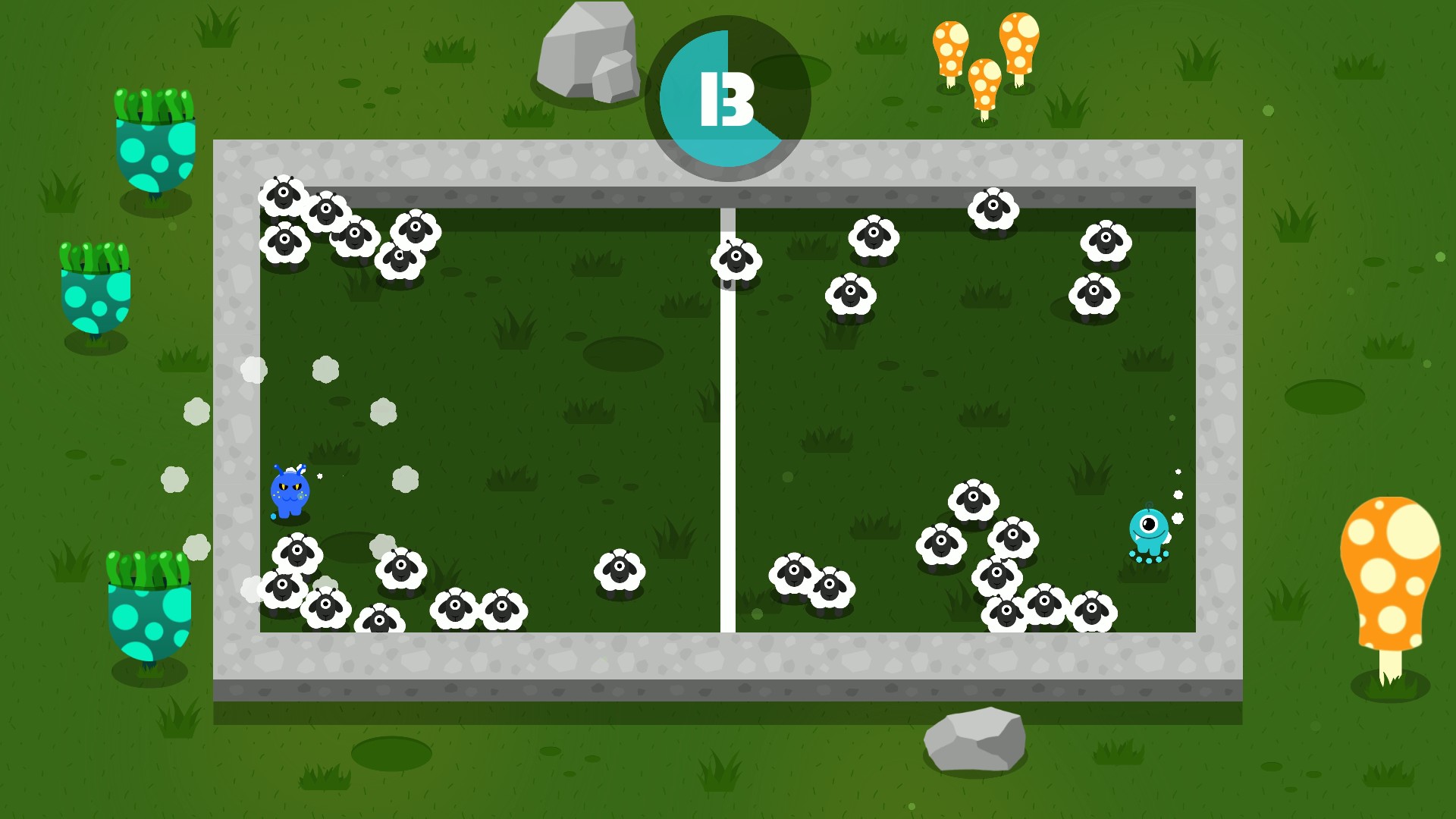 There is an ultimate end-goal, being the last survivor in an arena to stand as the winner of a session. Before that final showdown starts, players can use tokens (named “Totems” here) to upgrade the stats of their alien: health points, speed, bullet size, and bullet speed. This means that the overall objective of the board game is to collect as many Totems as possible to get a slight edge during the last battle, but it’s still possible to win the match without having the highest stats. The Totems are obtained or lost when stopping on specific tiles, and they often require to be purchased in exchange for coins. Thus, earning coins on the board or through winning mini-games is the best way to collect Totems (basically, the Totems are the Stars of Mario Party). 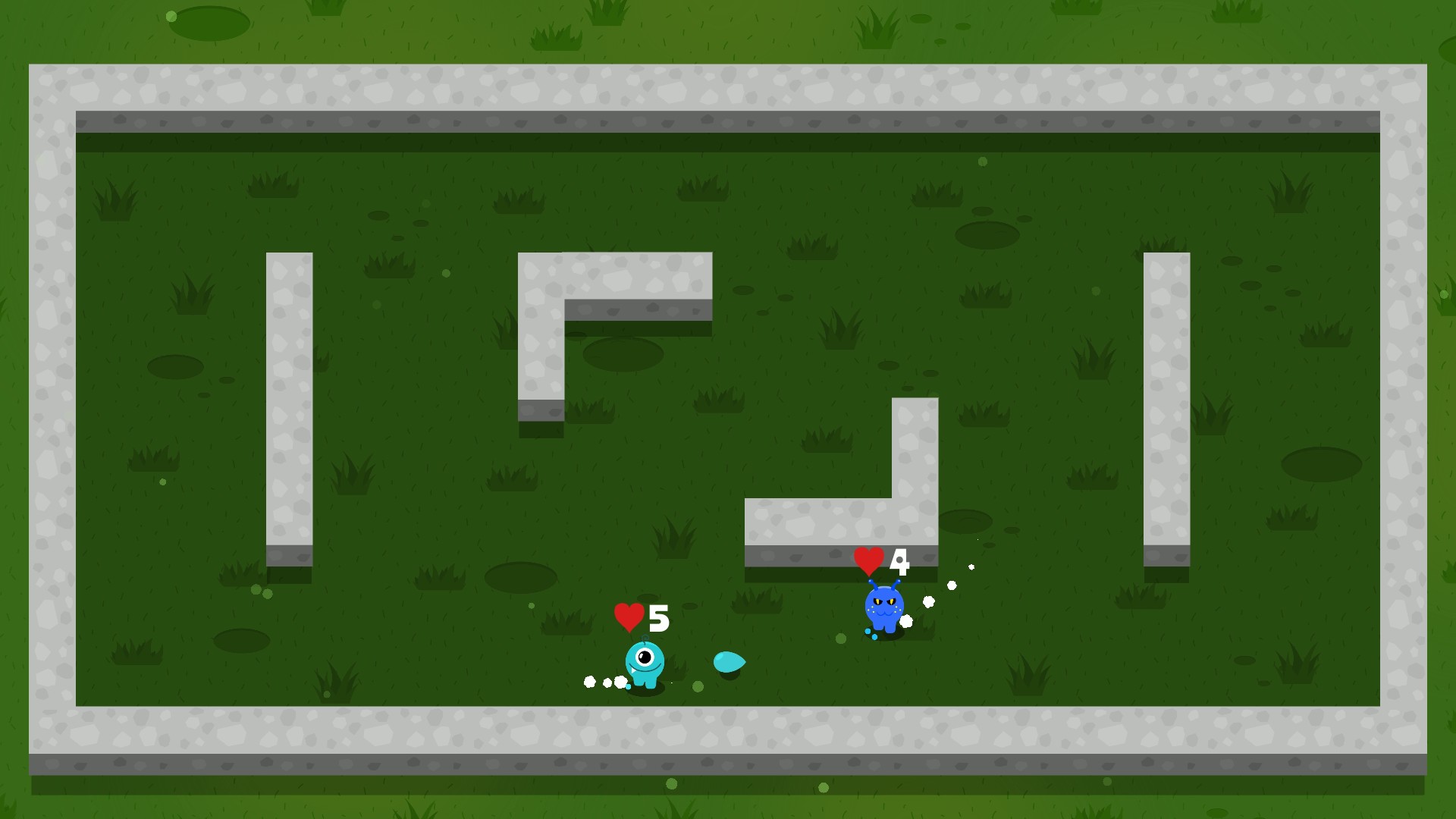 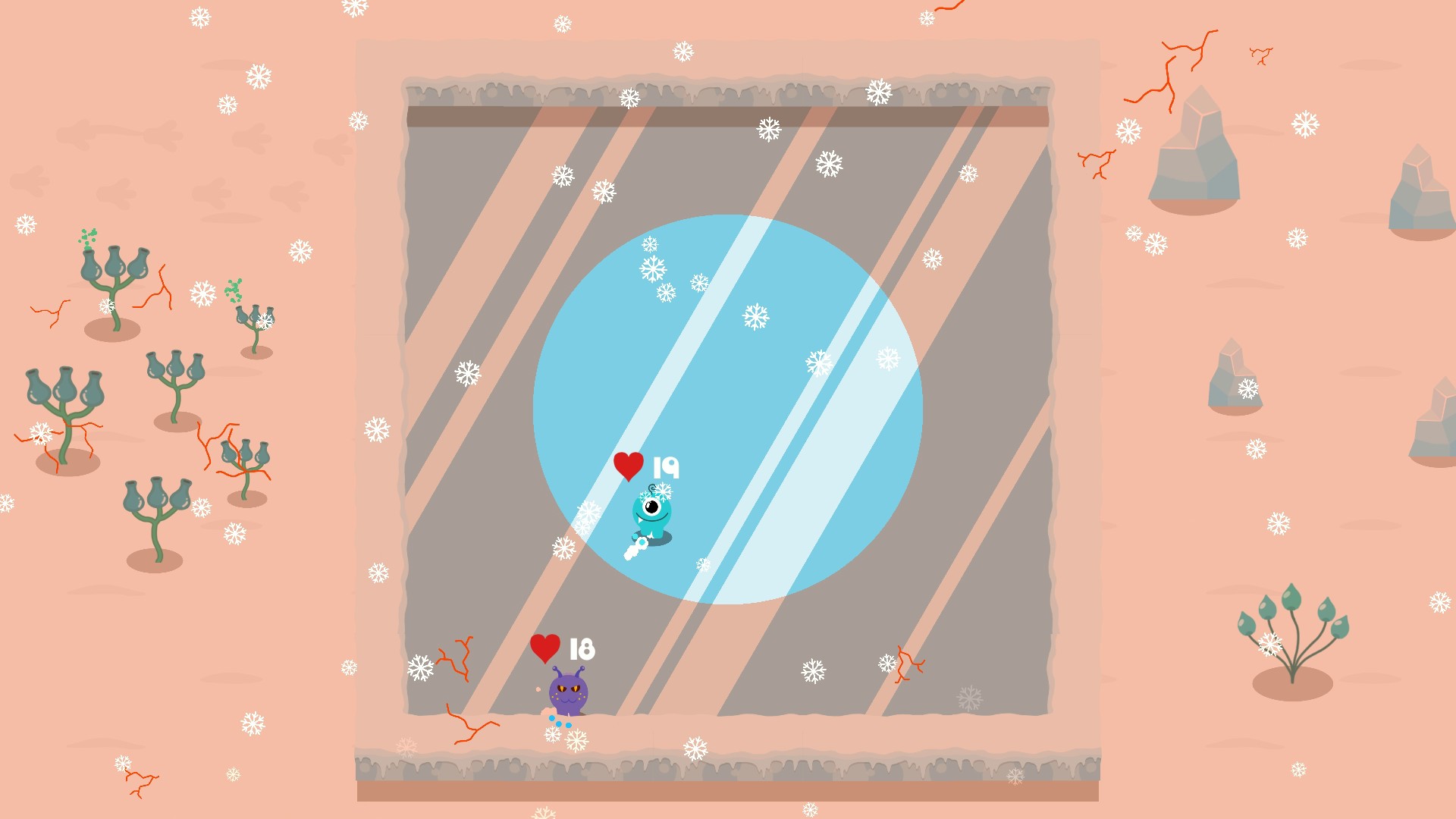 The first phase of each round consists of players rolling dice and moving on the board in turns. The tiles trigger all sorts of events, and coins or even Totems can be purchased, won, lost or stolen. There are also shops to buy useful items, such as a warp to swap position with another player. There are many branching paths that allow the players to have some control over their trajectory rather than simply being at the mercy of RNG. Once everyone completes their turn, the second phase begins and it consists of a mini-game that will earn coins for the winner. The game picks from a hefty pool of 70 mini-games, some are free-for-all while others pit one player against the other three. 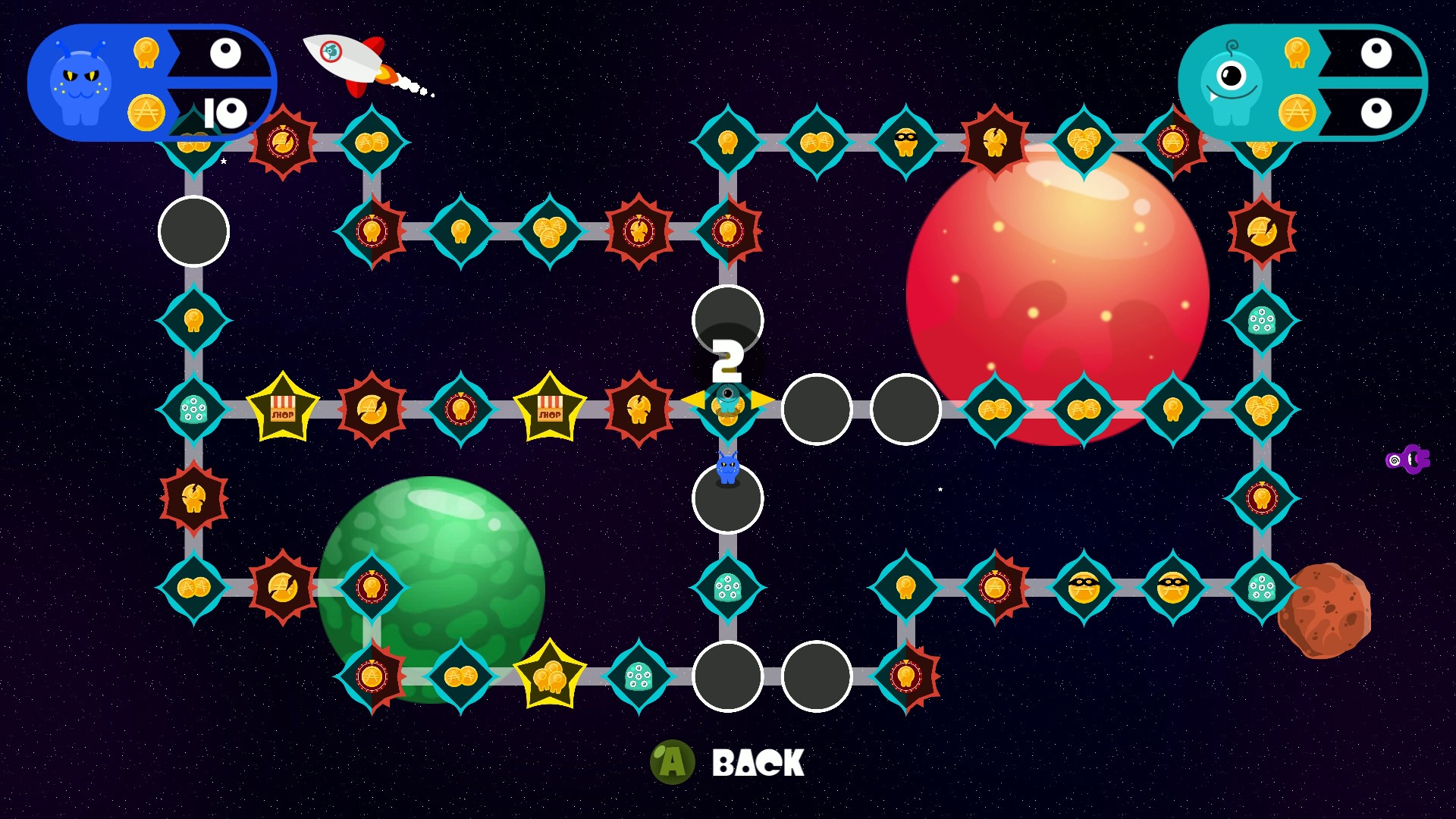 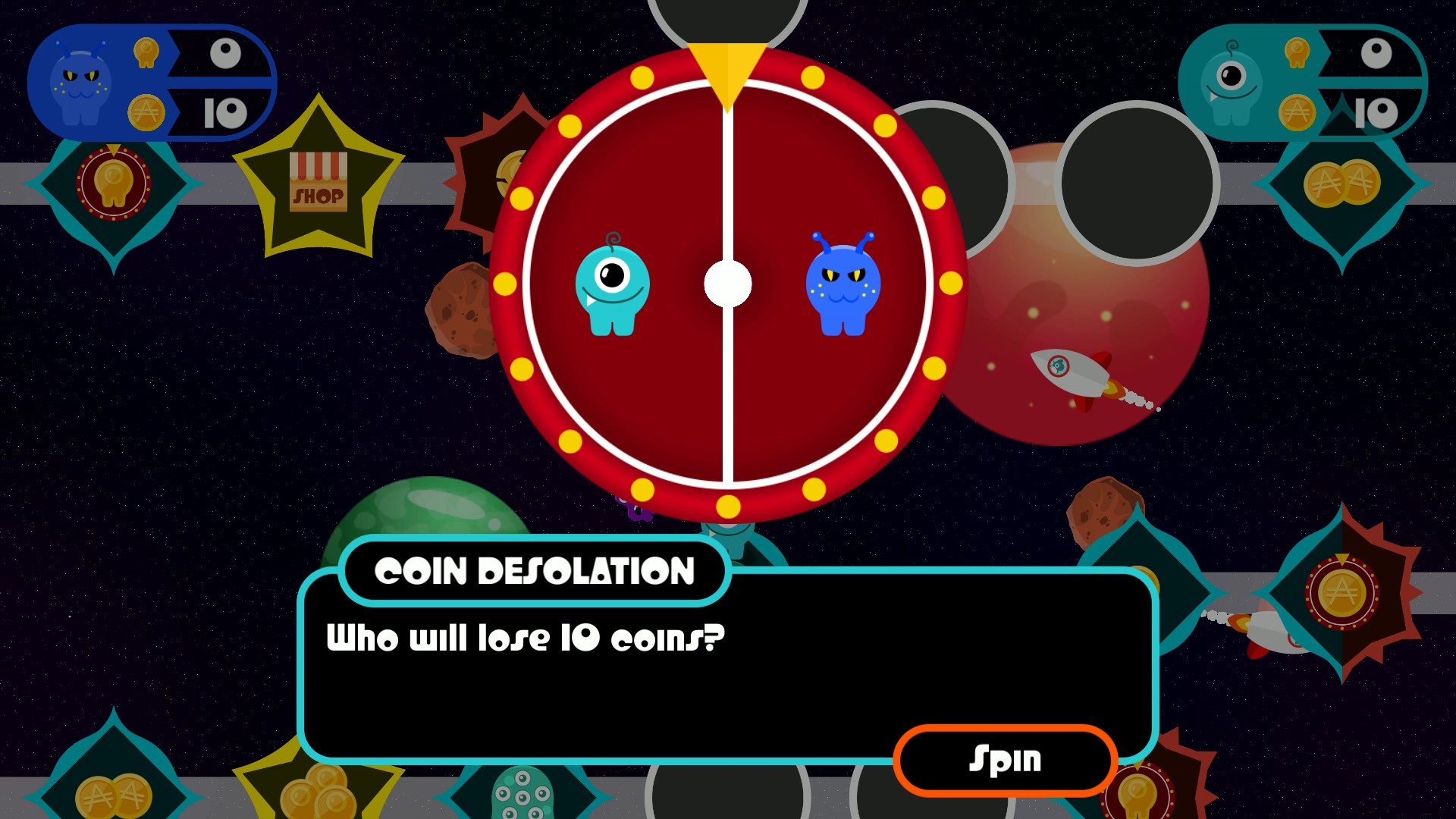 In terms of intensity and duration, it’s always pretty spot-on, which is a rare feat (I have reviewed lots of party games). There is a lot of variety in terms of the objectives: catching other players, surviving environmental hazards, playing alien football and so on. It’s always easy to control, and graphically follows the same mold, which is both a curse and a blessing. A blessing because everyone can quickly see what is going on, a curse because it does not become too crazy or surprising, the mini-games all feel kinda similar despite their impressive number and variety, simply because they look similar. Nonetheless, it was rare to find a mini-game that we didn’t like: the game was consistently fun and engaging. Even the boardgame had us sometimes shouting and laughing as we sabotaged each other! Actually, more of that would have been better, I wish that we could lay traps. 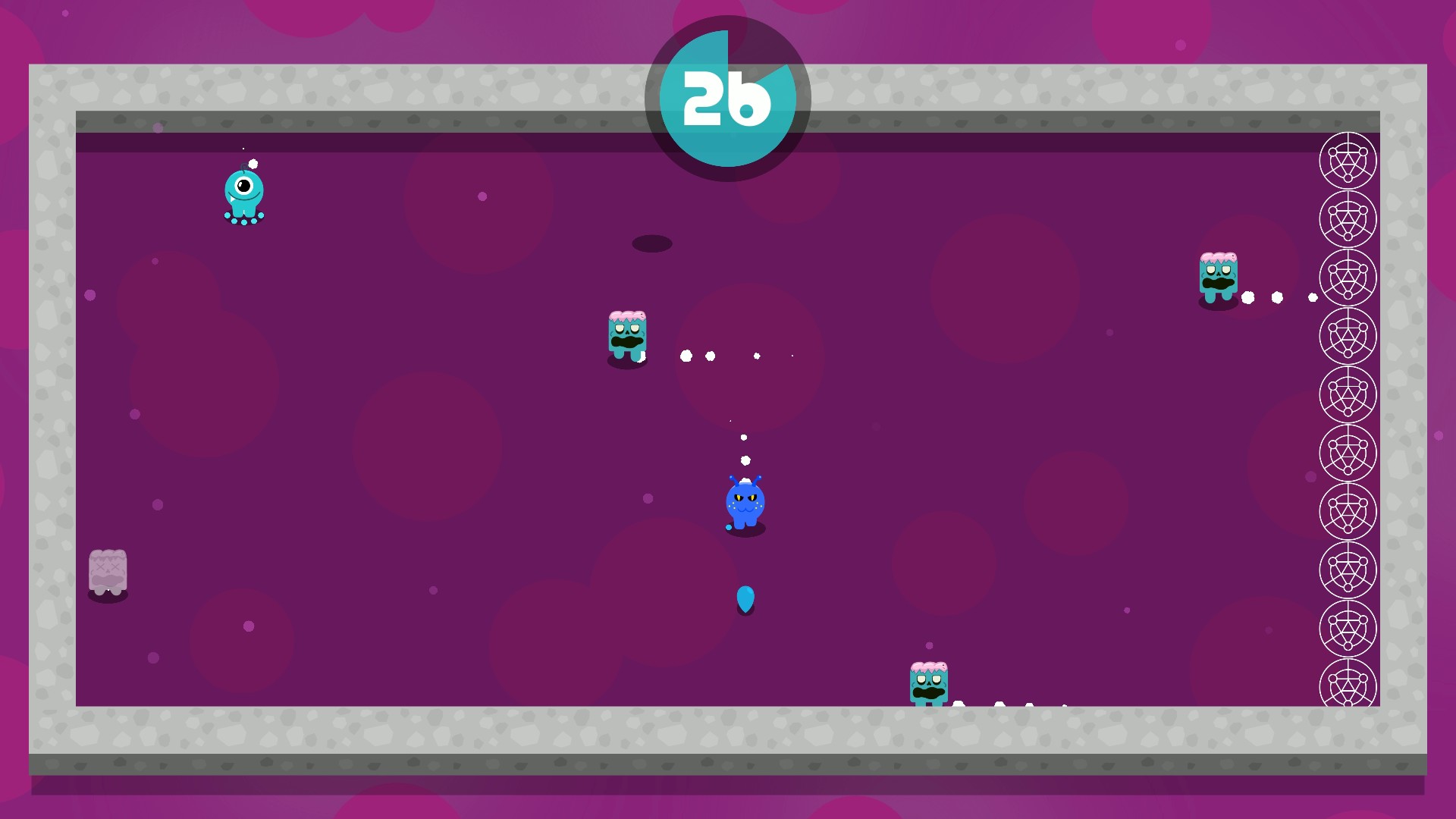 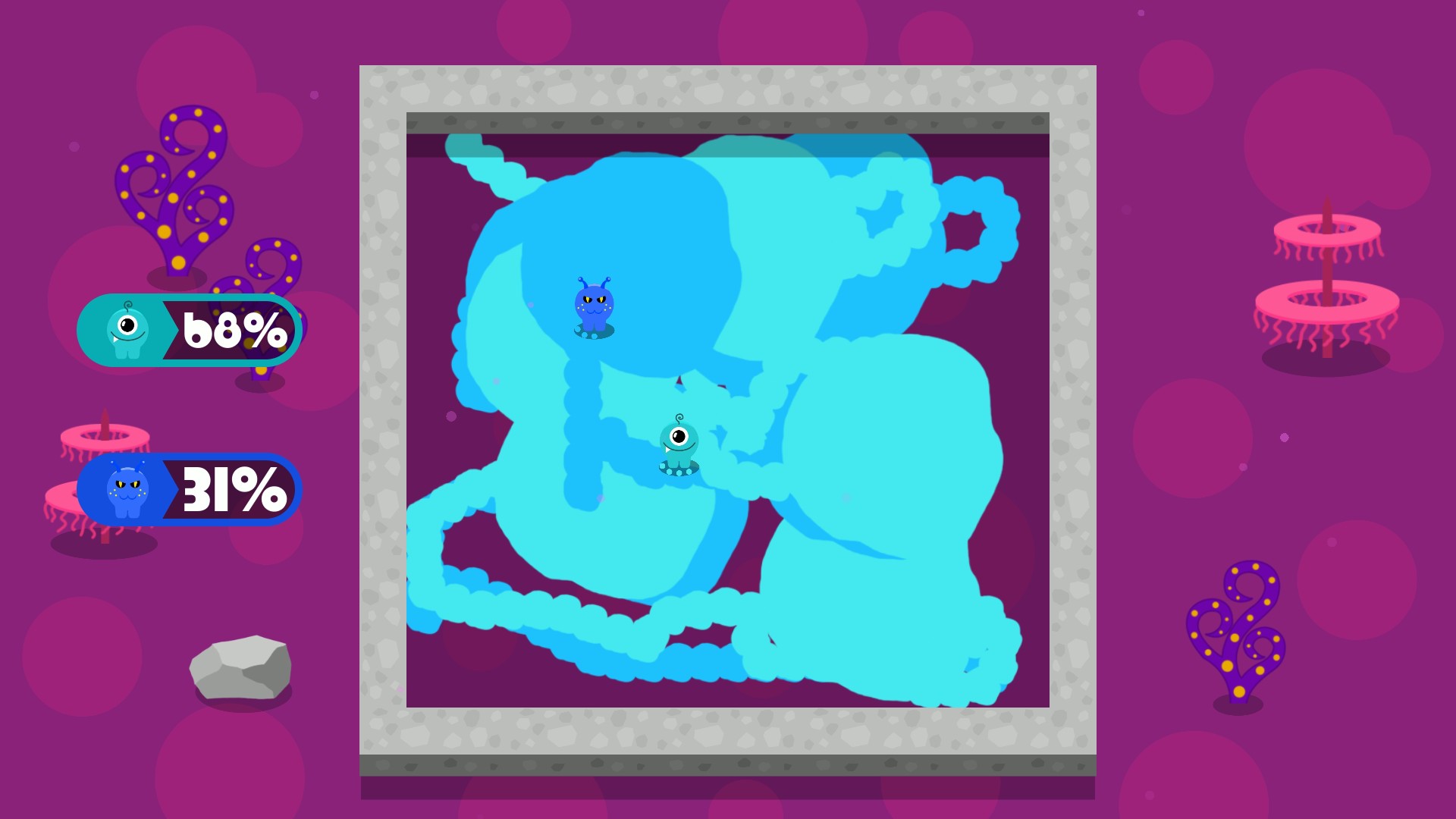 Alien League is accessible and solid. Despite the high number of mini-games, their quality is good all across the board, and the board game layer makes for a fun time with friends. However, keeping a similar perspective from mini-game to mini-game tones down the experience rather than surprising us with flashes of unexpected difference or bursts of greatness: it’s fun, but not exactly hilarious. Nonetheless, it’s one of the better Mario Party-like party games on PC, and definitely the most kid-friendly.