One day while you’re sitting quietly, it might occur to your parents to send you to deliver a seemingly innocent package…the next thing you know, through no fault of your own and much to your surprise, you are on a quest to save the world. You didn’t plan to save the world today, but when you think of it, you didn’t really have anything better to do anyway so you might as well go ahead.

Windscape is an Action-RPG that you can tell was inspired by the Legend of Zelda, Secret of Mana and other similar games. Rather than getting into turn-based fights or otherwise sucked into a combat screen like you might find with a JRPG, you typically do everything in the world/dungeon map itself. The game is spread over several islands and has a loose story guiding the path you take through them.

Let’s talk about the crafting system for a bit before moving on to anything else. One thing that I liked was the simple crafting system in the game. Rather than just going to the blacksmith and buying better weapons and/or armor, you have to go collect materials and then make it yourself. Both tasks are not difficult as the required materials are prevalent and there are many crafting stations scattered around everywhere, even in the dungeons. While there isn’t really that much you need to make, there is something new available in each of the islands you visit. Besides just making better versions of your current weapon or armor there are also variants you can make. For example, you could make a bow instead of a sword. You could make a hammer too. Each of these has a different strength and weakness as will be discussed next. 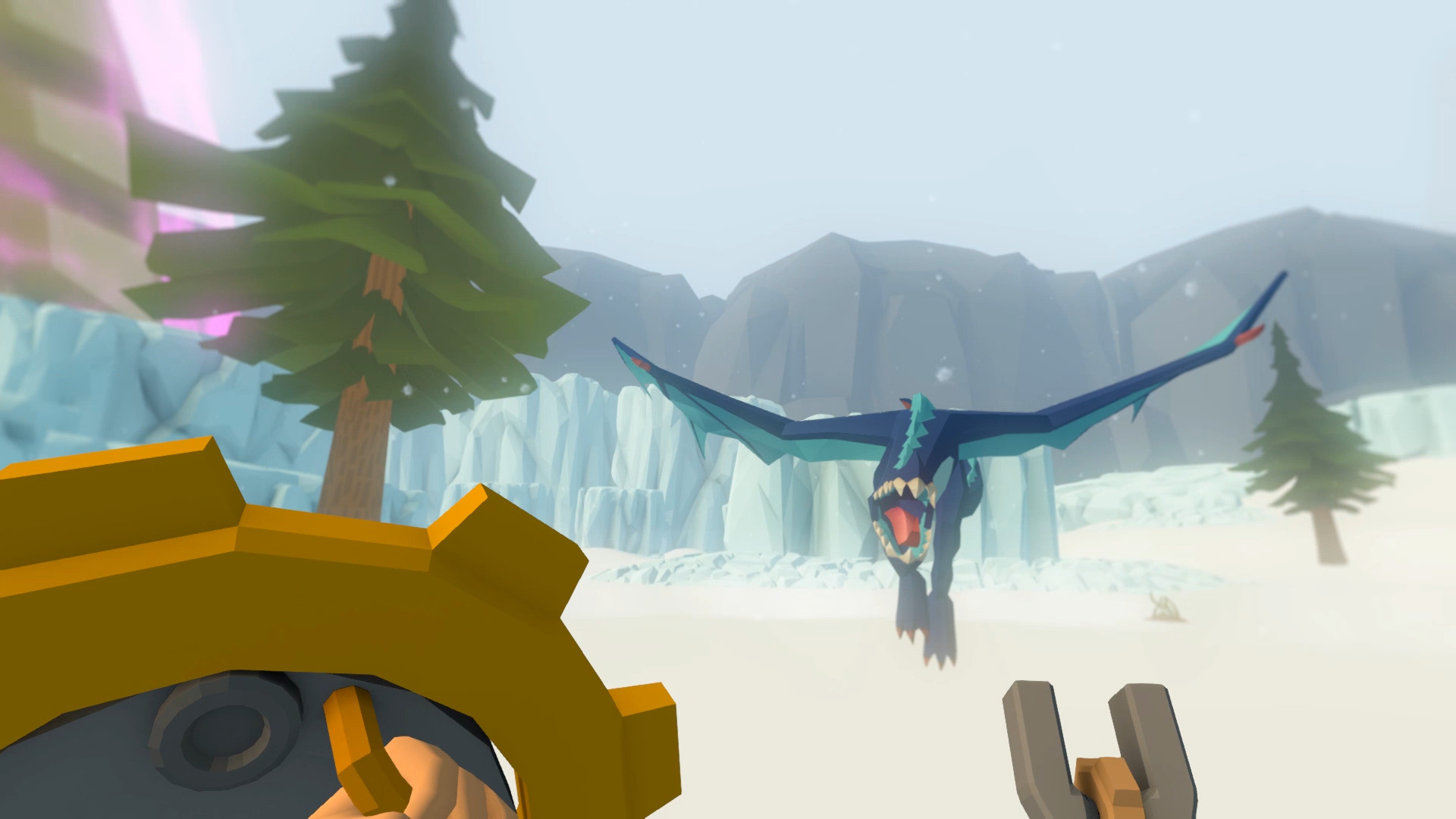 The combat in this game is simple on the surface but a little more complex if you pay attention. It’s kind of like Roshambo where enemies have different weaknesses to exploit and different strengths to avoid. While it is likely entirely possible to beat everything in the game with the very first weapon you start with, you will find it highly inefficient both due to being weak and because there are enemies who are resistant to it. Changing your current weapon is as simple as scrolling your mouse wheel and choosing the one you want. You can carry any number of weapons you want, but typically you only need to keep your latest version of anything. Magic and the bows do not really consume anything to use, so you don’t have to worry about reaching into your quiver just to find it empty when you needed it most. The boss fights in this game can be challenging at times if you are not paying enough attention to the damage your weapons are outputting and by the fact they tend to hit you very hard even if you are wearing the best armor that money can buy (you can’t actually buy your gear). The money in this game essentially feels kind of like an afterthought. There are stores available where you can buy items, however, it is often just as quick or easy to make the items you want from the vast amount of supplies you have harvested in your travels. 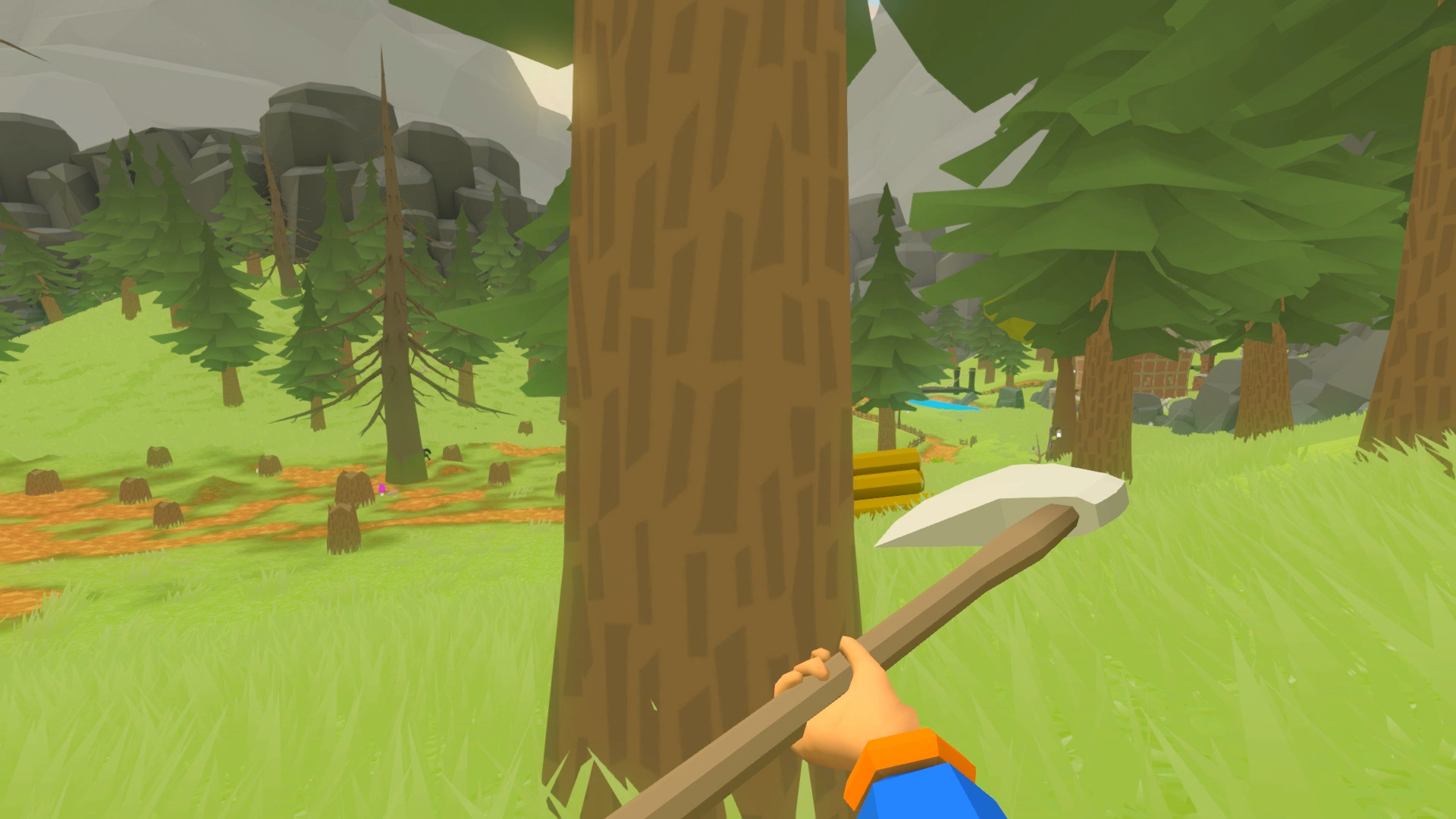 The story is delivered through text prompts that you can read to learn a little more about what you are doing. There are puzzles to solve as you go along although they are not the most complicated puzzles ever. Even if you are not good at puzzles you should easily be able to make it though. Most of them involve either reading the dialogue presented to you or just stumbling around in the only places the game lets you go in order to find what you are looking for in order to progress. Speaking of stumbling around, the game does involve a fair amount of walking you need to do. Sometimes your trek is through areas devoid of anything interesting other than perhaps a few harvestable resources. The first time through though is fine enough but there can be a lot of backtracking involved as you move through the game. The desert area is particularly dry. 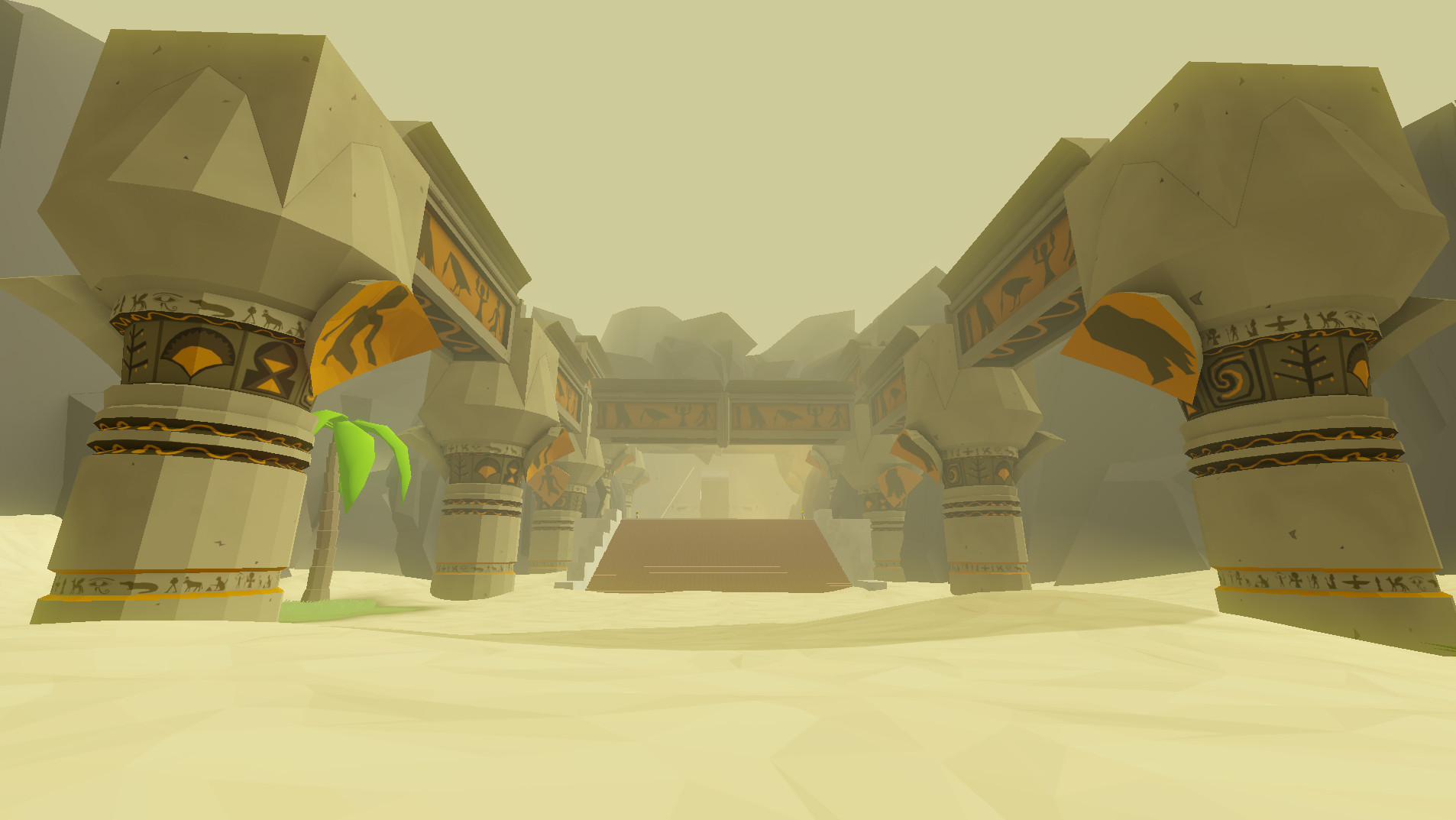 Graphically, the game does look great for its art style. It is very reminiscent of Wind Waker in that regard. The cell-shading is done wonderfully and for the most part everything is very pleasant to look at. Everything is detailed enough to look particularly good but still allow the game to be run smoothly on older systems. Each of the areas you visit looks quite different from the last although the dungeons might feel a little similar here and there, especially if they are on the same island. That small similarity really isn’t a detractor. 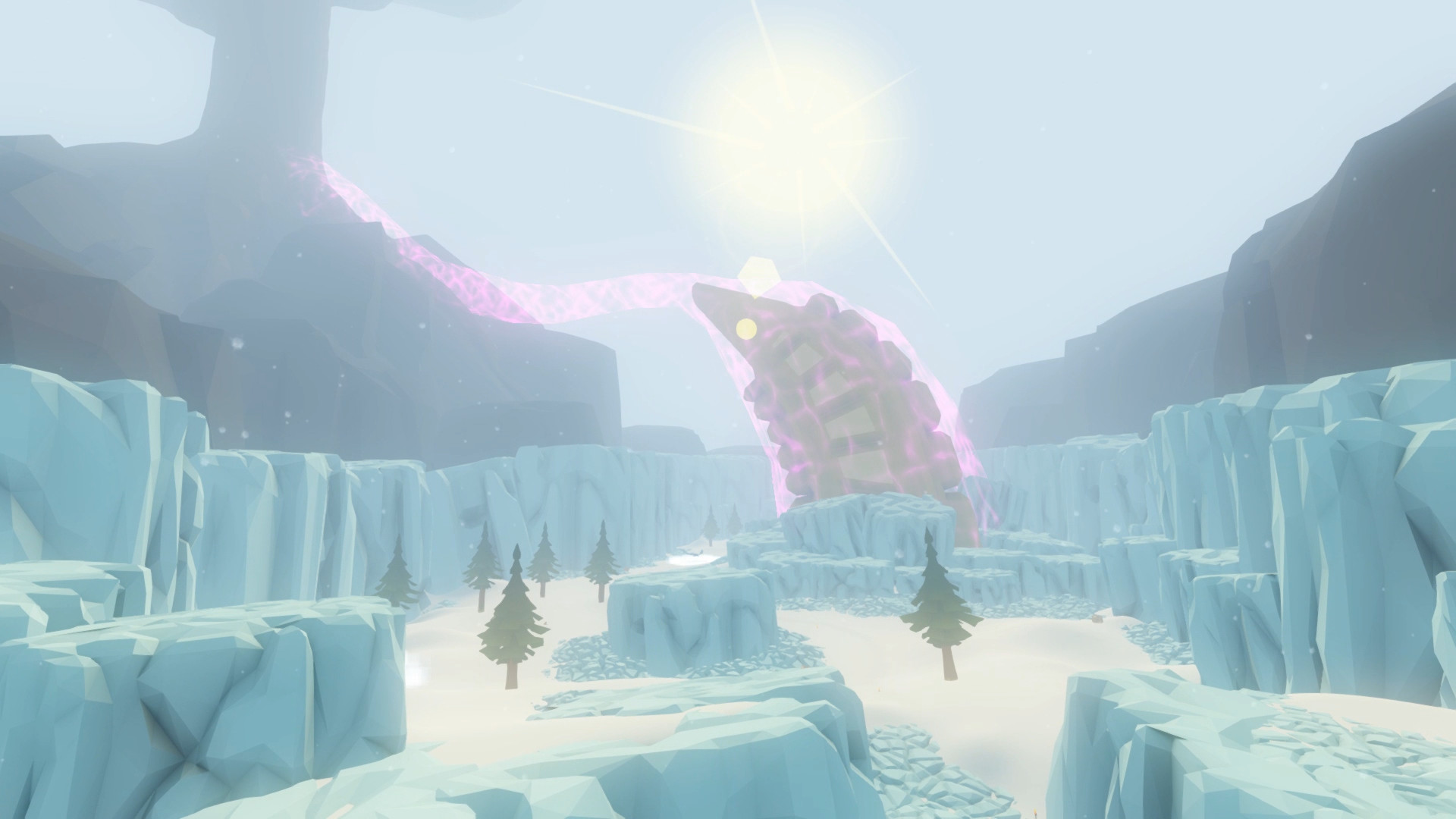 The sound effects in this game are atmospheric enough that they do aid in the overall experience, however, I’ve never been a fan of grunting dialogue. I understand that it is done to make the game more marketable, that having the character make a nonsensical noise to represent speaking to you while displaying the text in your language makes it easier to port the game to other markets. Still, I dislike it. I’d rather the character just remain silent rather than make the noise. In the end, it really doesn’t hurt anything, it’s just my preferential choice. As you likely know from my other reviews, I often play games where the characters are all speaking in Japanese while displaying English text to me. In those reviews I tend to mention that I would prefer it to be in English rather than Japanese, but at least they are talking in full sentence even if it is in a language I can’t understand. The nice thing is though, that I am slowly picking up the language and actually starting to understand what they are saying without the need to read it. Sometimes I can go through large portions of the game, understanding everything being said to me, and then all at once I realize that I haven’t even been reading the text when I hear something I didn’t understand. Suddenly all I hear is the foreign words being said to me and just like that I am right back to being clueless to what they are saying. I like that element though. If I don’t understand it right now, at least hearing it enough will hopefully make it worthwhile down the road when with a little bit of practice and luck, I may eventually understand it properly. Grunt-speak will never be beneficial to me since I am not Klingon so I tend to just try my best to ignore it. 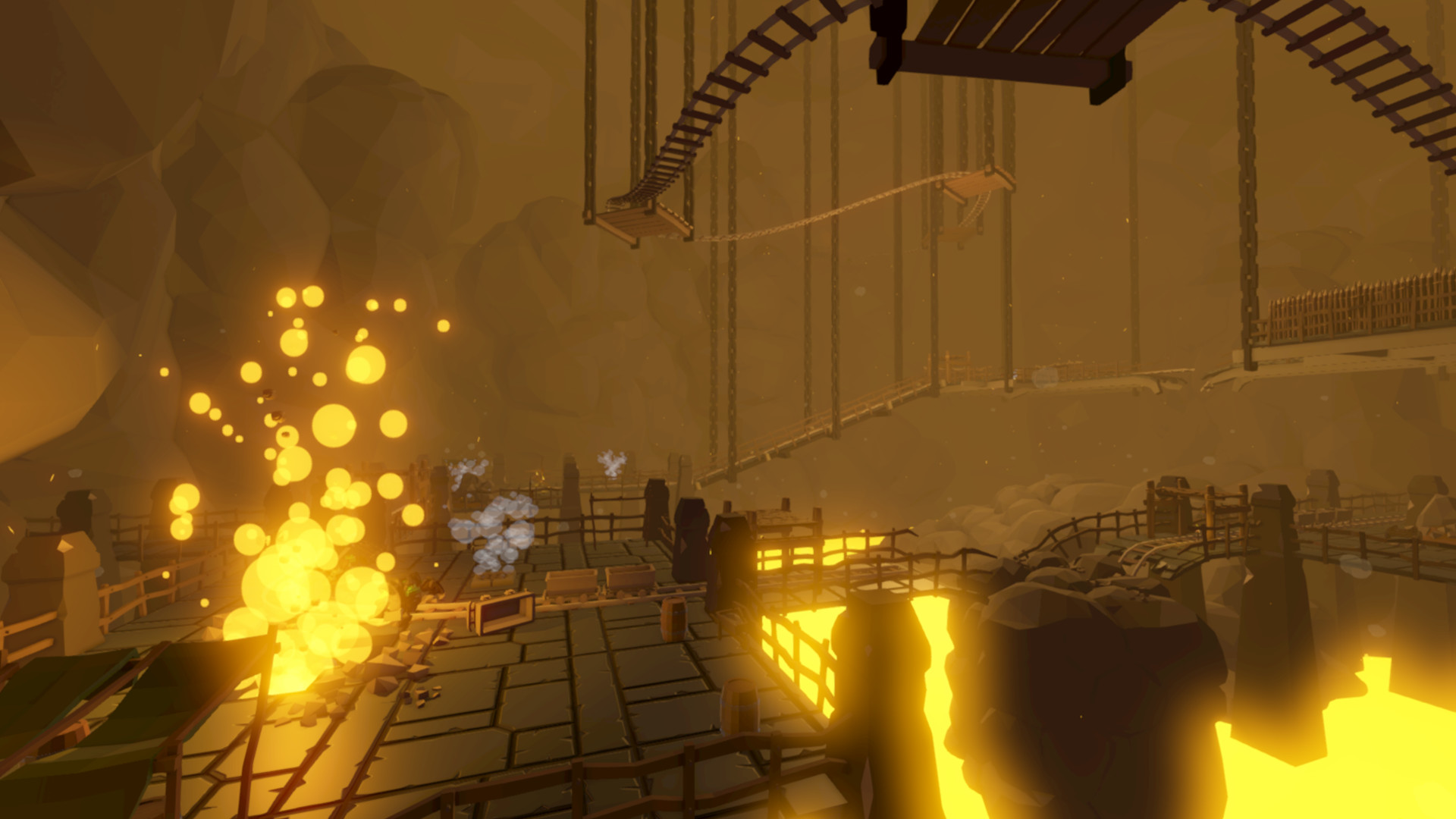 The controls and user interface in this game work well. They are very simple and easy to learn and there is no need to button spam. Without much prompting at all I was able to figure out how to do everything I needed in the game in order to play it. The combat controls are fairly fluid as you dodge/sidestep enemy attacks while aiming your weapons and moving to a suitable range to use them. All of it works smoothly enough and I have no complaints. The jumping platforms that are in some of the areas can be a bit hit or miss if they work properly, but for the most part, they do work if you hit them correctly. Your ability to interact with objects is also fluid enough. Sometimes it might be hard to grab a log you cut because it clipped a bit with the stump, but usually you can find the sweet spot needed to collect it. There are save points scattered around and for the most part are plentiful enough that if you do end up losing, you may not need to repeat that much of the game to get back to where you were. The only real death penalty in the game is losing any progress you made and any items you found since your last save. This can be a little annoying at times when you are trying to craft your new gear or you have done a lot since the last save, but that’s pretty common with any game that uses save points rather than letting the player save anywhere. 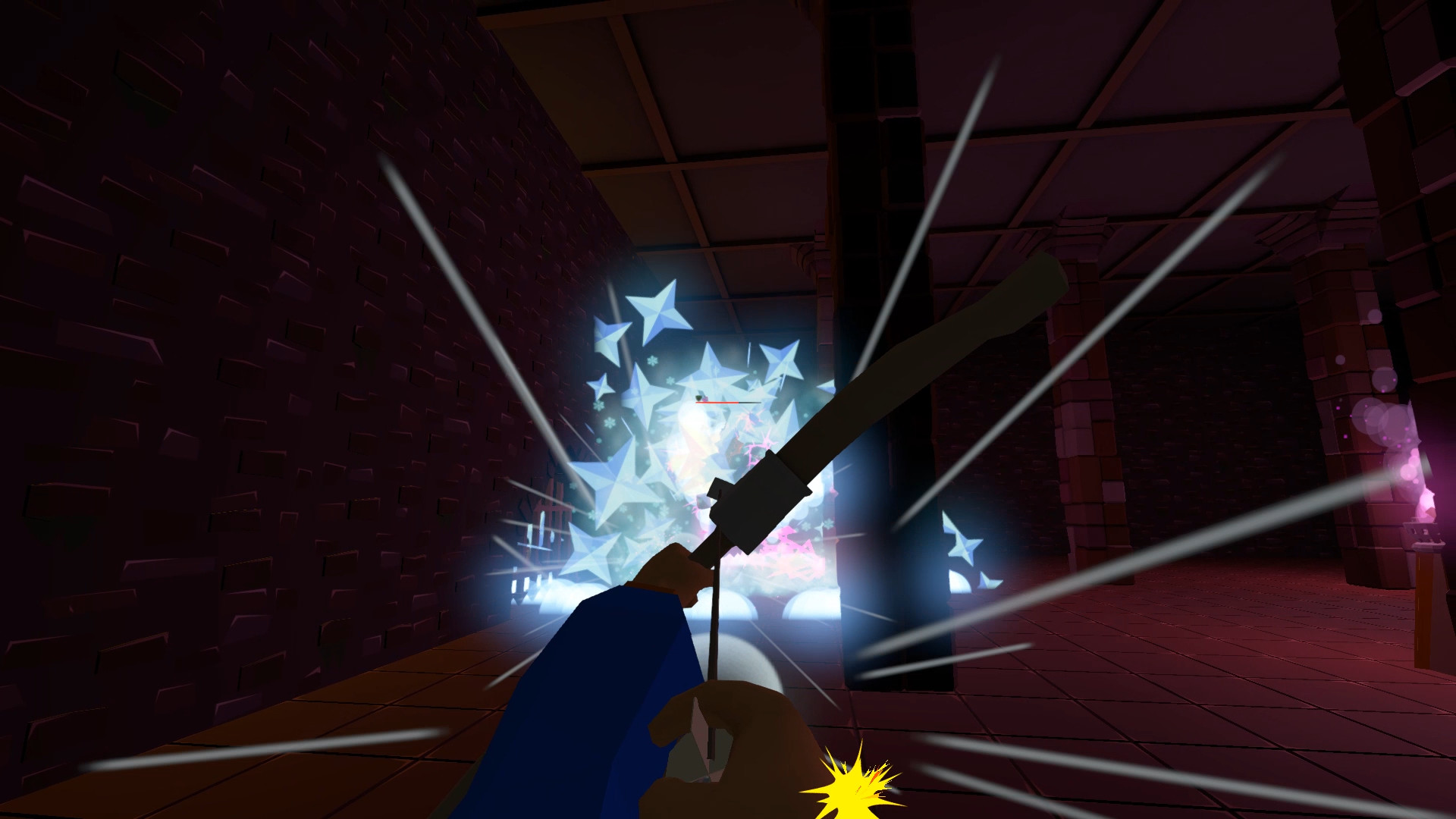 There are a few bugs here and there but nothing overly annoying or game breaking. For example, when I first met the King, he thanked me for saving his son. It seemed a bit odd, but if it meant I was in the King’s good books, who was I to argue. Later on I wandered over to the graveyard, and solved a bit of puzzle and went down into the crypts and ultimately saved his son. I guess he must have had some premonition or future sight knowing I was about to go save his son and he wanted to ensure I knew he would be grateful for it. In reality, I assume either the King wasn’t supposed to be accessible yet, or maybe the Developer didn’t count on someone like me going through who talks to every NPC they encounter the first time they enter a new place. There were a few other bugs such as a gate I had a key for that kept shutting itself when I got close and opening when I walked away. That led me to have to leave the area entirely and then return to make it so the gate opened on approach and closed when leaving like it was supposed to. Lastly, I fell through the floor in one area and lost all my progress thanks to the lava I landed in. If you can look past those few flaws though, this game is actually not too bad. 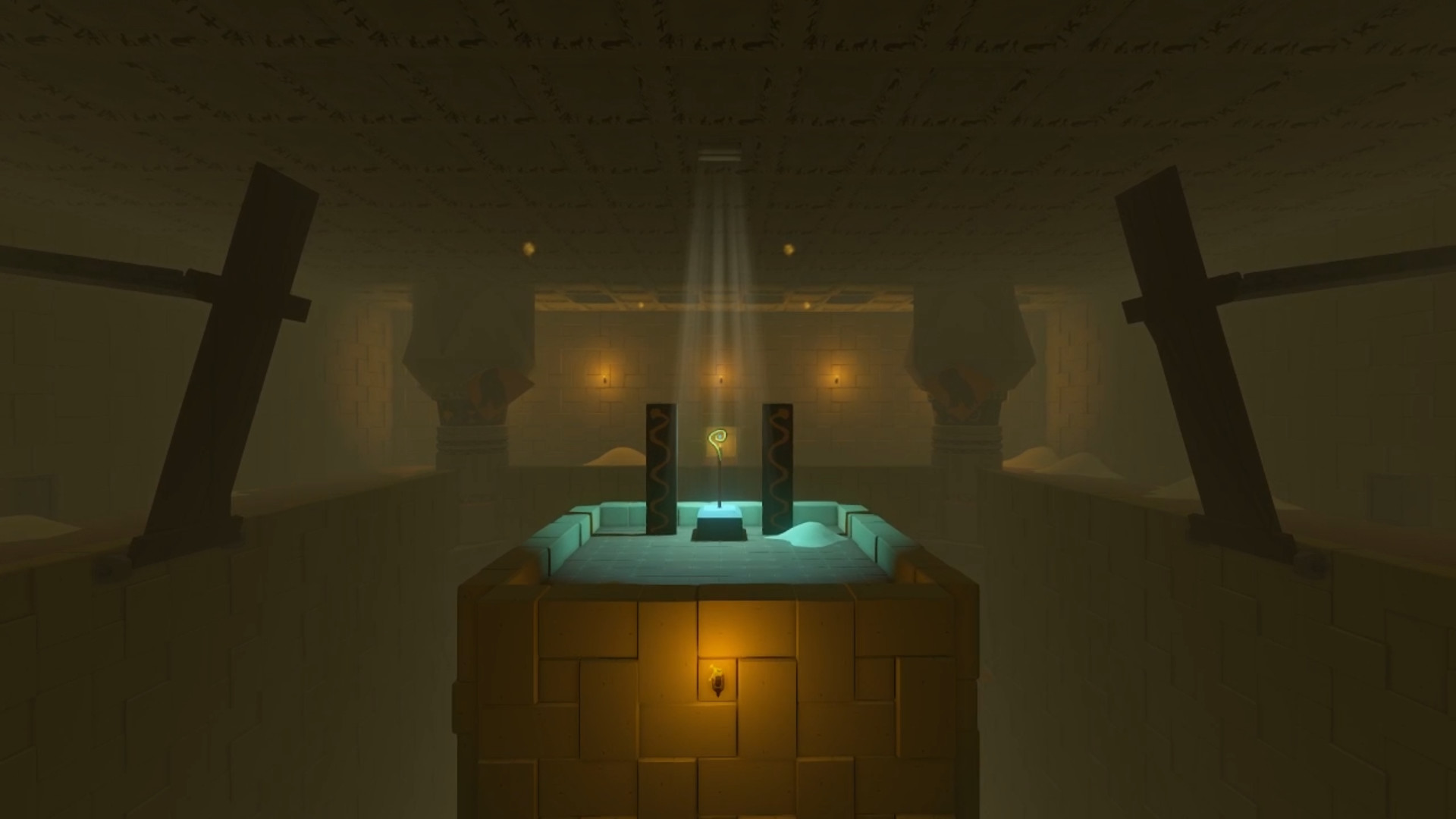 So, should you pick up Windscape? Windscape is one those games that isn’t the Legend of Zelda, but at least is close enough to it that you may not mind not owning a Nintendo console. It has its rough edges and flaws but at least no one is telling you to “Hey! Listen!” every three seconds so it has that going for it. The game is enjoyable enough that I was able to play for decently long periods without getting tired of playing it. The only times I really found myself disliking the game was having to backtrack through areas too many times or getting killed and then replaying up to the point where I lost last time (and sometimes losing again and having to do it yet again). For the most part, the game was entertaining and pleasant. If you are looking for something to scratch that Action-Adventure itch, you might find yourself enjoying Windscape. If you are looking for a game with complex combat and a lot of puzzles to solve, Windscape might not be for you. I certainly wouldn’t have minded if the game had put some kind of real challenging puzzles in it rather than being mostly the find the switch type of deal. This would be a good game for the younger, newer player who is not overly skilled or have the perseverance to play the more complicated style of games. All in all, Windscape is one I likely will Save for Later.