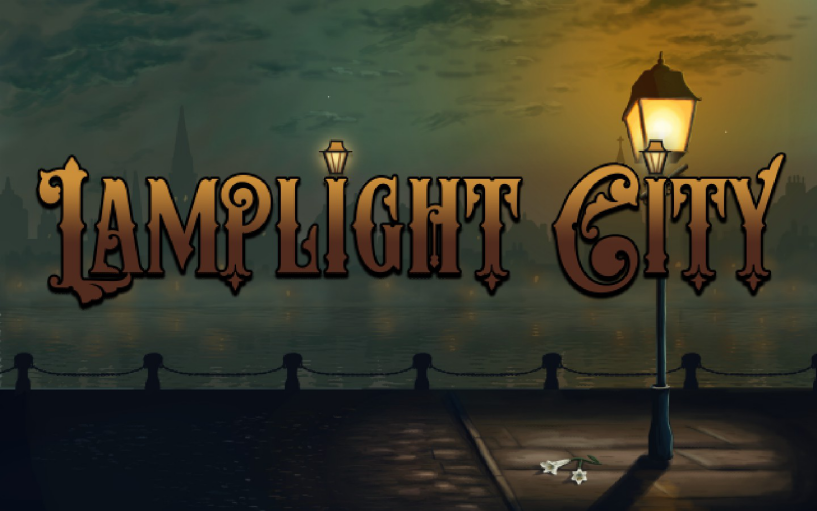 *Sniff sniff* I smell a murder.

I can always go for a great mystery story. Whether it’s the core of the story or just one part of it, like trying to find out how one guy is cheating and in turn, how the main character will try to outsmart them. Then there’s a choice between how interactive the story is with you. Other than what kind of mystery you’ll be facing, there are also different levels of interactivity. Some aim to let the audience tag along and give you a chance to try and solve it alongside the main character; while some others actually keep their audience in the dark until the end to focus on being fun (personally, I take a liking to both). With games, you can’t exactly be kept in the dark and you get the added bonus of being in the middle of it. In Lamplight City‘s case, you take the role of a detective, ready to solve the various cases that are brought to your attention. 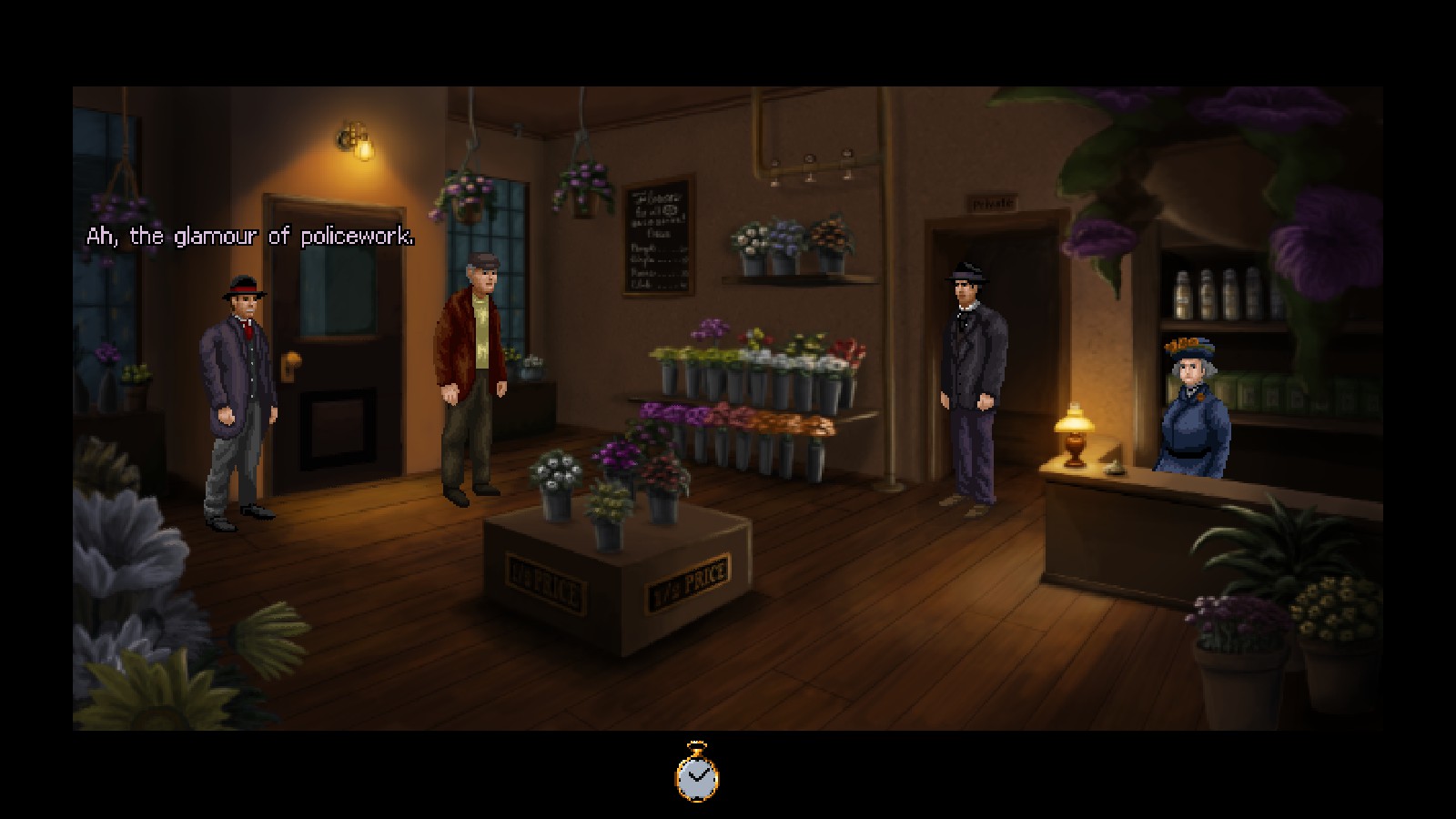 Set in New Bretagne during a steampunk-ish 1840s, you play as Miles Fordham who is accompanied by his partner, and friend, Bill Leger. Together, they’re a dream team as they have managed to earn the reputation of being the best detectives the police force can send out. Well, until one fateful night when they were sent out to deal with a flower shop robbery in Cholmondeley. Well… it’s more like trespassing rather than robbery. Someone has been breaking into the flower shop after hours to steal Easter Lilies, but they’re leaving money behind. After finding out how they’re getting in, wondering why they’re not buying the lilies during store hours, and a stake out later, you come face to face with the flower shop burglar. However, it doesn’t go as planned as Bill ends up dead and the burglar manages to escape. 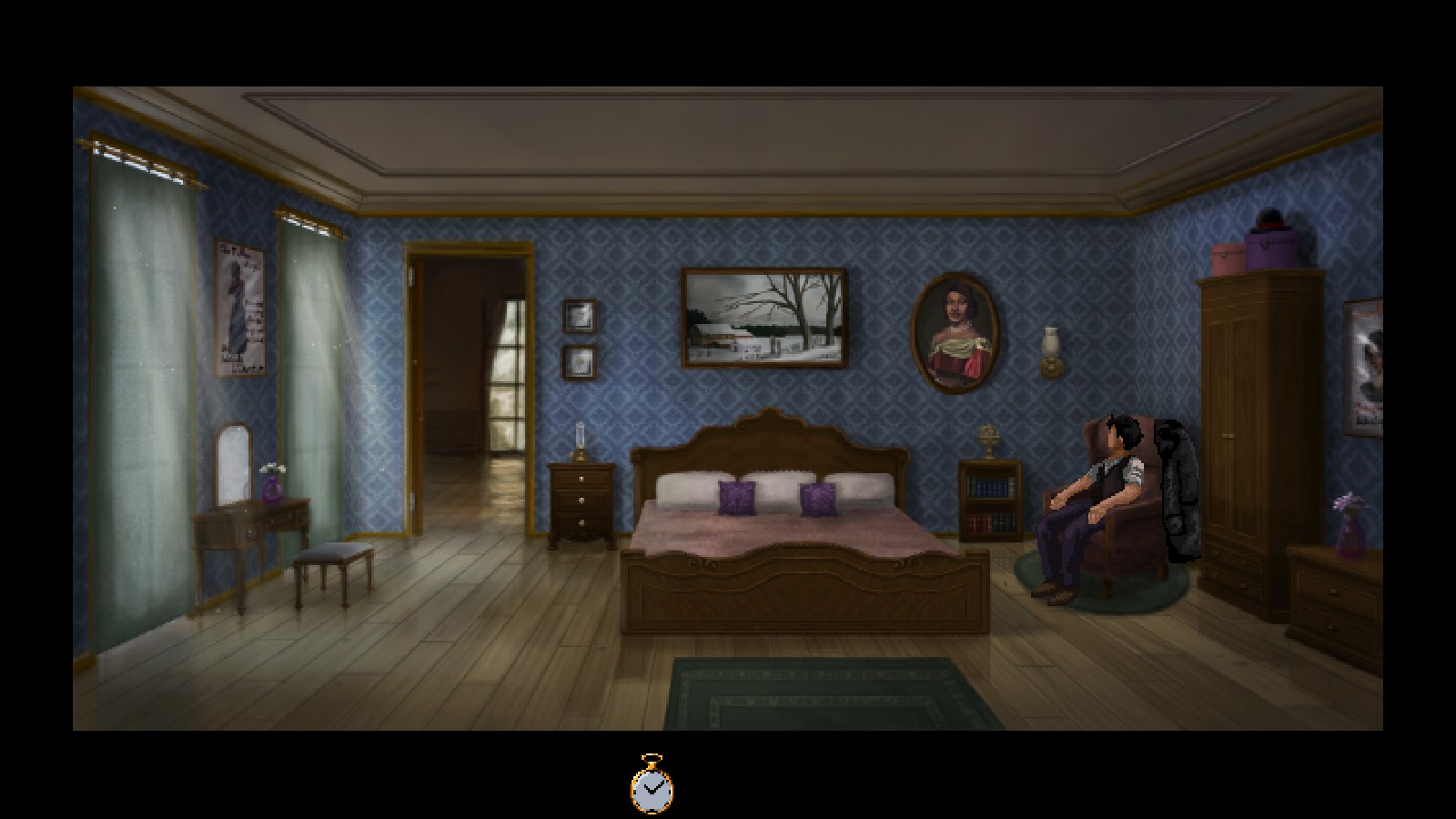 Months later, Miles isn’t doing so well. After being blamed for Bill’s death, he’s no longer a police detective and Miles became addicted to soporifics. These soporifics dull his mind and is causing a rift between him and his wife Adelaide to form, but it silences Bill. Oh Bill, ever since he died he’s been haunting Miles, telling Miles to make some progress in catching his killer or at least get back to solving cases just in case it leads to the murderer. 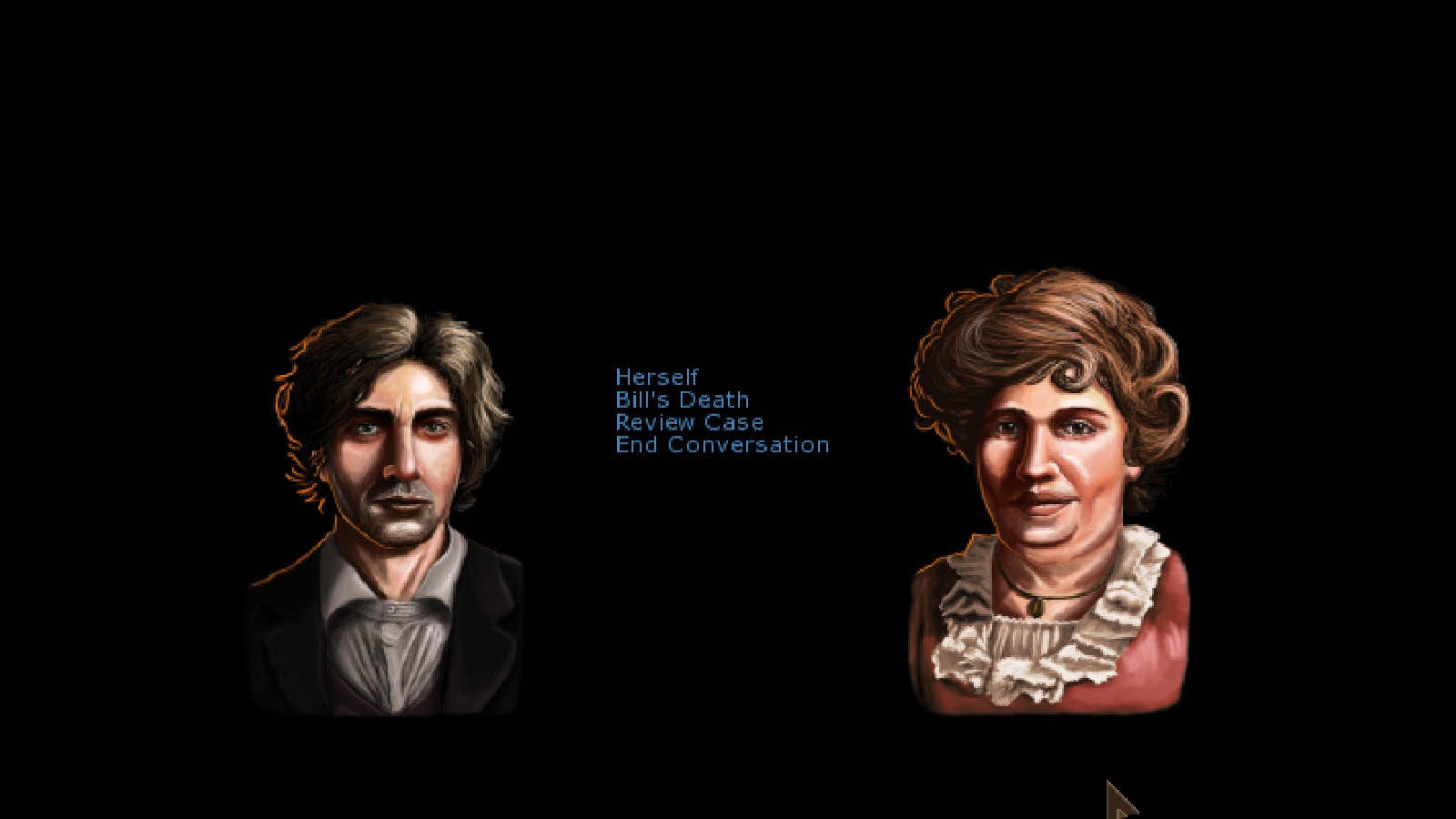 Luckily, Miles still has friends back in the police department who are more than willing to help him out. One such friend is Constance Upton and she’s risking her job to slid some cases your way. Believing that the police has the wrong suspect or won’t find the suspect, Upton gives it to Miles in hopes of the case getting solved. From here, you’ll be able to investigate the crime scene, go to beautiful locations, talk to various characters, and gather evidence. Each case has various suspects, but it’s up to you to figure out who actually did it. Be careful of turning someone in right away, as one aspect of the crime might not match up or lacks evidence that points towards them. Once you think you have the right suspect, or closed off all your other leads, you can return to Upton to wrap up the case and continue to the next one. 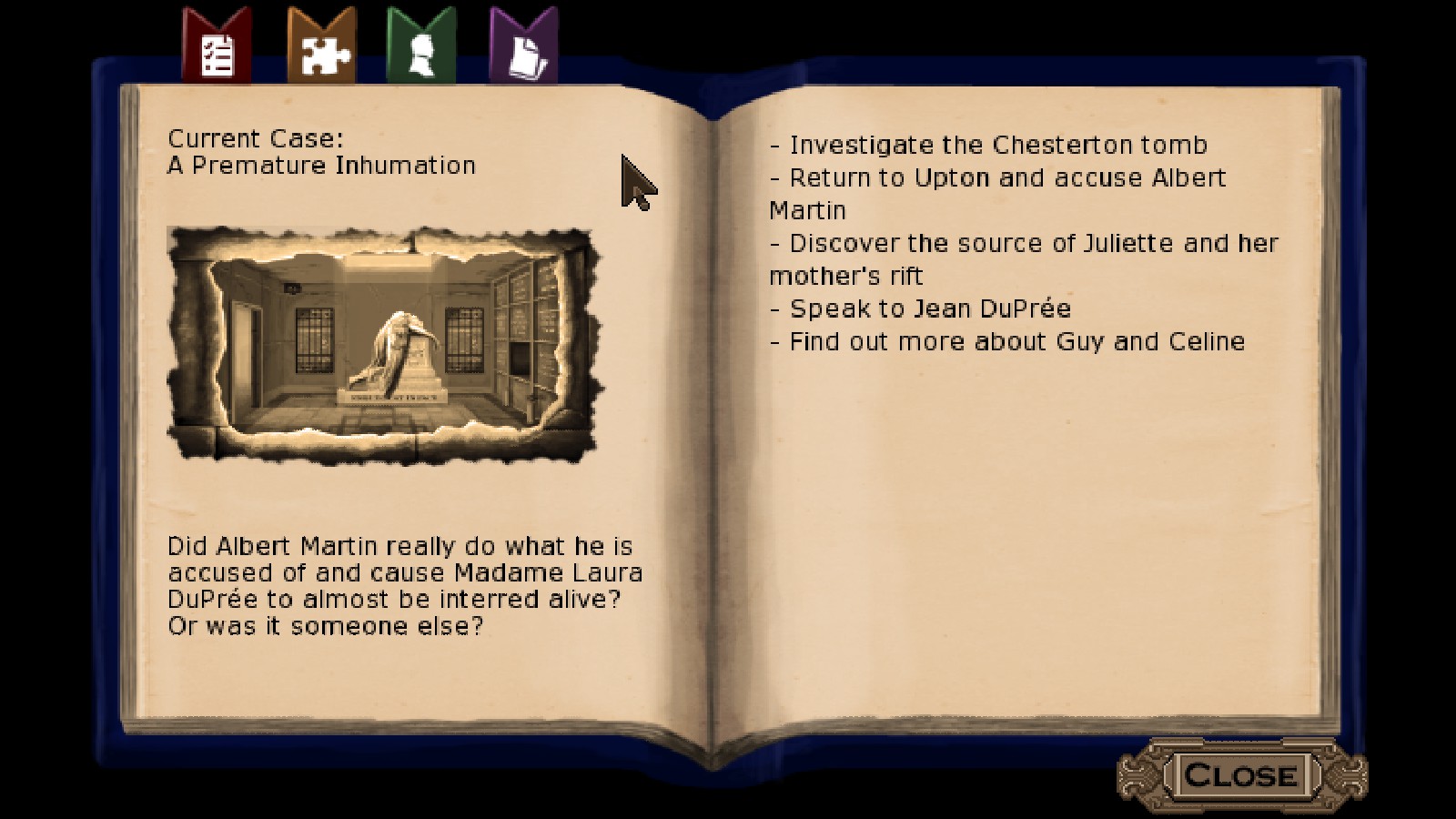 While Lamplight City does lack an inventory system, it’s not exactly missed. Lamplight City actually does a good job with having the mystery being the actual puzzle and having to combine items could have taken that focus away. Instead you have Miles’ casebook which reminds you what case you’re on and your objectives, a list of clues and documents you picked up, and a suspect list that will fill up once you gather enough evidence against someone. There are some areas where you’ll use items or directly reference information you just found out, but it will automatically let you use it (as the hotspot will change) or will pop up as a new dialogue option. It honestly works and lets you focus on investigating rather than figuring out what item you should combine and saving you from forgetting to have the item selected to talk about it. However, the casebook doesn’t log everything and you’ll have to pay attention to what’s being said. 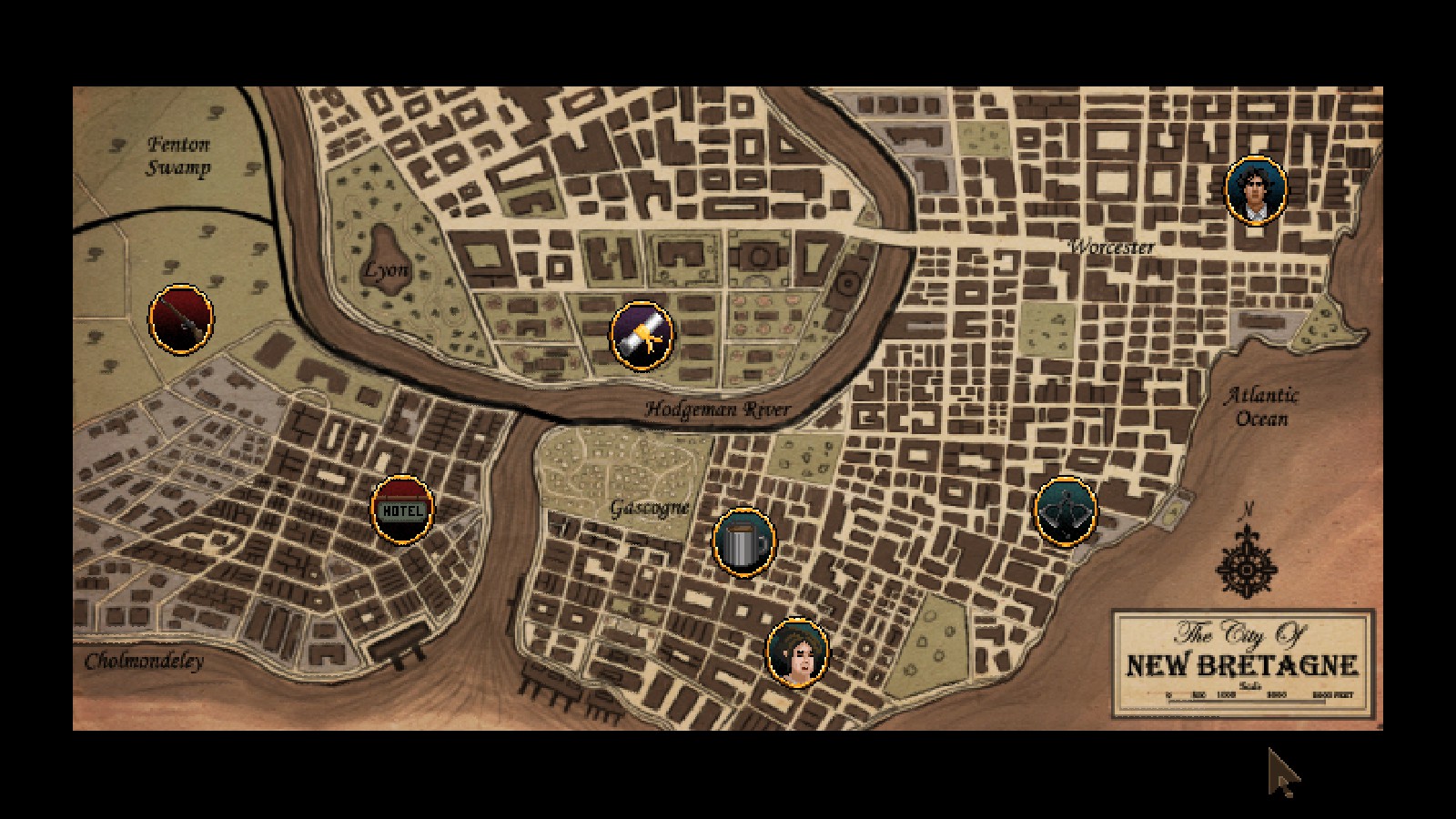 You can also pick up on what’s happening in New Bretagne as you progress through the five cases. Apart from recent events coming up as conversation topics, you can read a newspaper that will clue you in on how your case went afterward (like if you actually got the right suspect) and current events. The most prominent being an upcoming Prime Minister election, the outcry against steam tech, and a mysterious mass murderer. You can also eavesdrop on a couple of people chatting to see how others feel firsthand, but it’s easy to skip these. If you walk away or click on an object, you won’t be able to listen in on that conversation again. 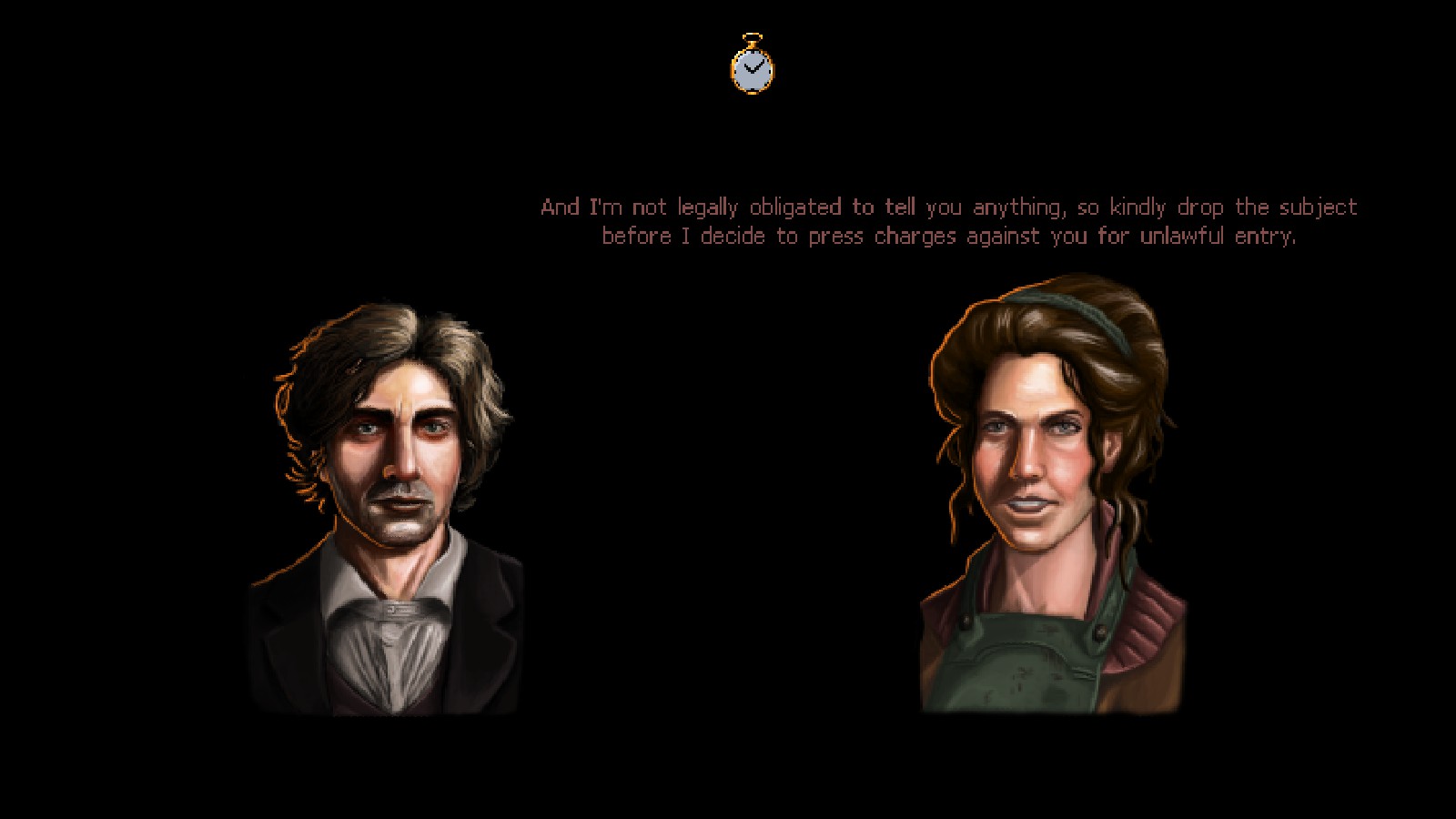 I find it really interesting that you can just mess up and still be able to continue, where normally a game wouldn’t let you. You can close off a possible lead, blame the crime on someone innocent, or even say that the case is unsolvable (though that’s probably not the best idea). I do see how breaking off possible leads can be annoying, especially when you know the current suspect(s) are innocent, but it does make sense. Miles is just a private detective, not a police detective, and they have no obligation to talk to you after being insulted. 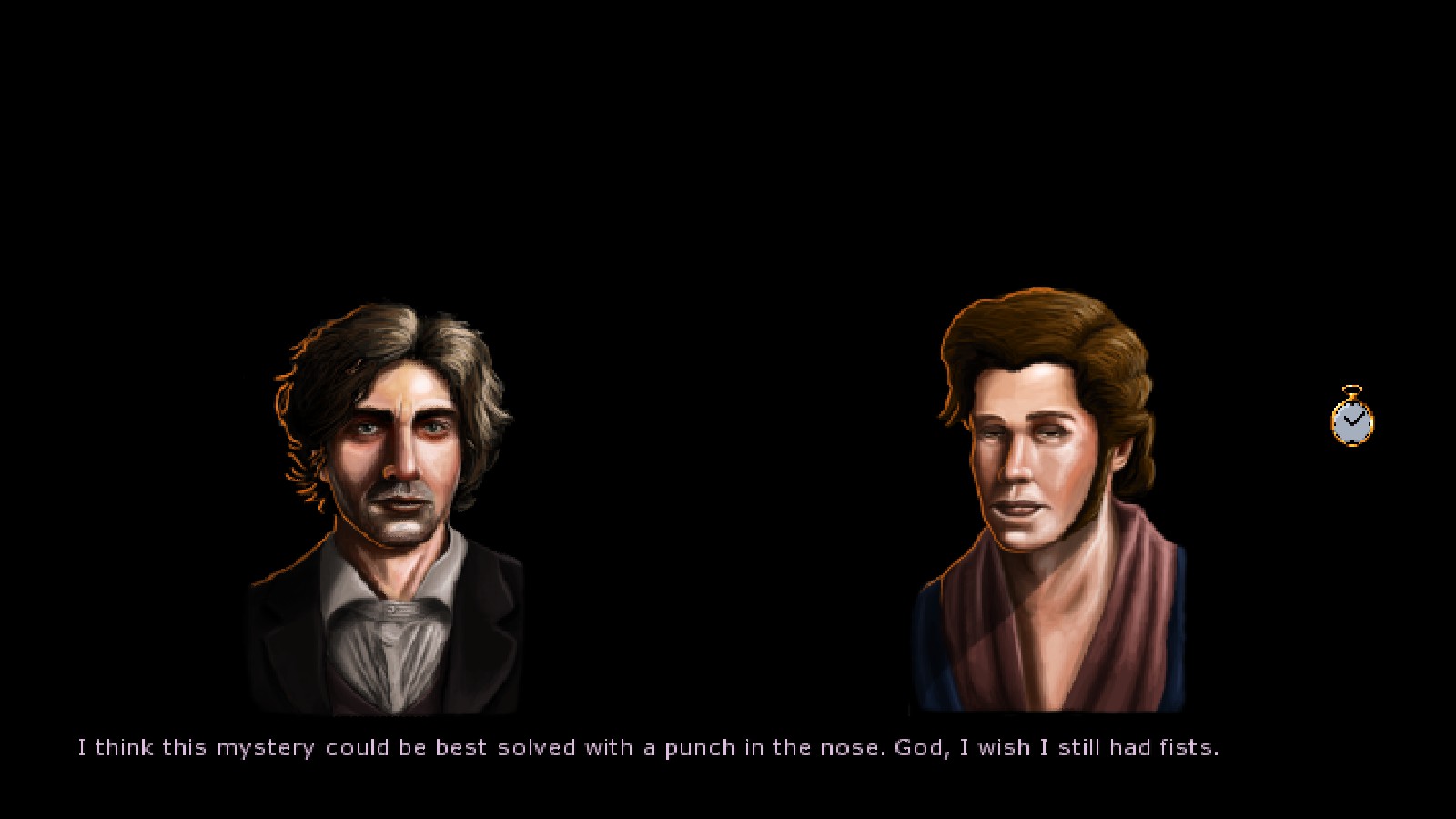 I also really liked the dynamic between Miles and Bill. When Bill was alive, Miles was the one that talked about what he thought out loud and Bill follows to lighten the mood. Once Bill starts haunting Miles, he takes the lead to describe each item (or reacting during a conversation) in his own unique way. Even helping Miles out during his investigations and berating him whenever you manage to close off a lead. In addition, this gives you insight into why Miles would want to find Bill’s murderer. I love Bill as much as Miles does, but even I would want to get his voice out of my head (especially when it’s implied that Bill talked constantly).

I can’t talk about Lamplight City without mentioning something about the voice acting. The voice acting is honestly my favorite aspect, right after being a detective of course, and easily brought life into every character you come across. I keep thinking about how I might have read the dialogue if there wasn’t any voice acting because the game is significantly much better once you factor in the character’s personality and mood from the voice actor’s performance. 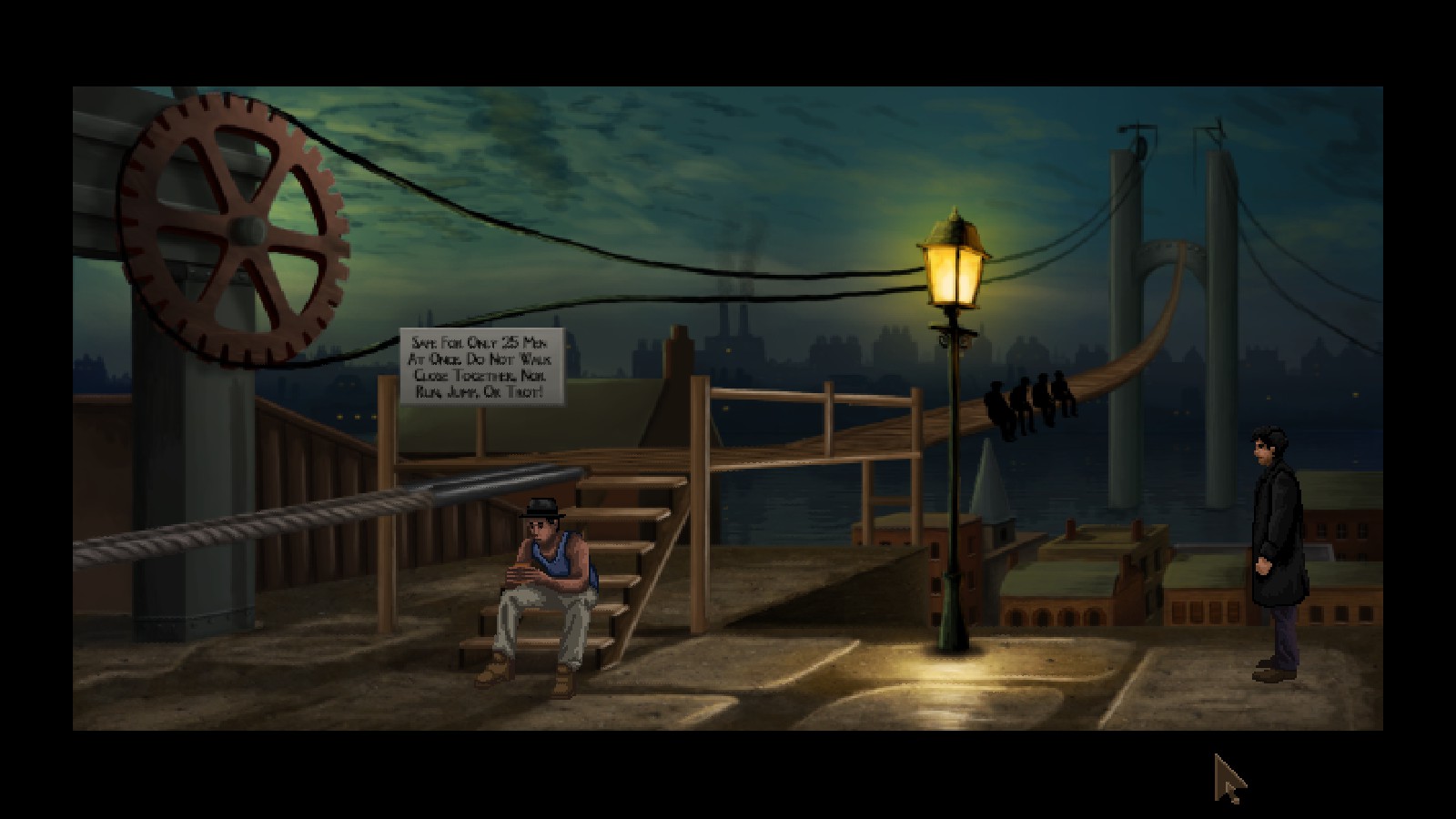 The best thing you can hope for in a detective game is that it actually makes you feel like a detective. If you’ve been looking for a game that does exactly that, Lamplight City has your back. The game helps you enough to set you on the right track, but not too much to the point where it’s holding your hand throughout your investigations. It lets you decide whether to turn in your current suspect or continue investigating and leaving the task of connecting the dots (or figuring out that something isn’t lining up) to you. Really, the only issue I had was that the game didn’t like being alt tabbed while in full screen.

I absolutely recommend picking up Lamplight City, especially if you want to bring out your inner detective.