TSIOQUE is like an interactive cartoon: colorful, delightful and inventive. The story and characters might be two dimensional, but the gameplay itself is never flat.

TSIOQUE is a charmingly animated, if slightly short, adventure game from the publishers of Tormentum, only much cuter to behold.

The premise is simple: you guide the disarmingly wide-eyed, yet unabashedly mischievous, child-princess TSIOQUE through a gauntlet of deadly perils that have besieged the castle since an evil wizard has taken over, trapping her and her companion animals inside.

With nothing but your wits, a swiftly moving mouse, and a bottomless inventory bag, you collect items, solve puzzles and avoid the troll-like guards in your quest to escape imprisonment and thwart the evil magic consuming the kingdom. 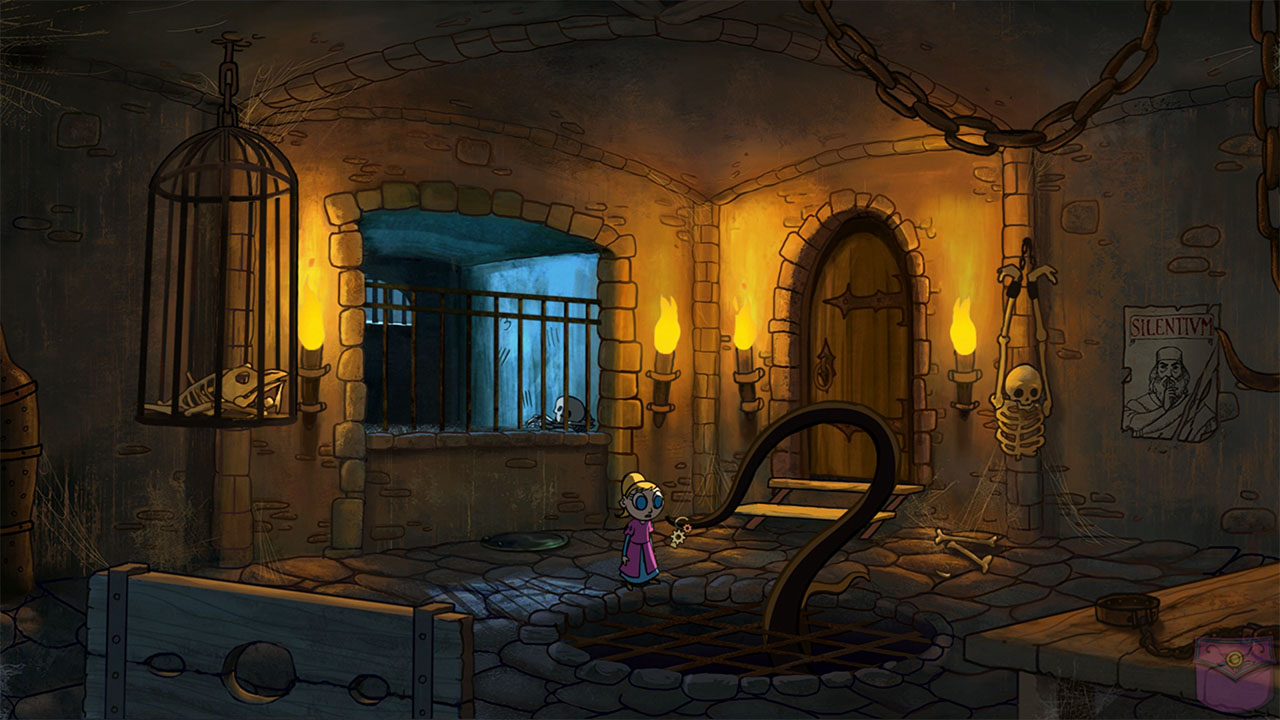 What would otherwise be a fairly straight-forward adventure game, however, is spiced up with the addition of several action sequences reminiscent of the Dragon’s Lair games. They’re not quite quick-time-events, necessarily, but the idea is the same; various stage of the game trigger a sequence of animated events, and you have mere moments to use an item, manipulate the environment, or move TSIOQUE out of the way before the sequence concludes; if you get it wrong, the scene just repeats again until you solve it.

At first, I was afraid this mechanic would be gimmicky, or get tiring after a while, but it’s used sparingly, and these elements add so much to the overall gameplay that by the end I was actually wishing there were more of them. 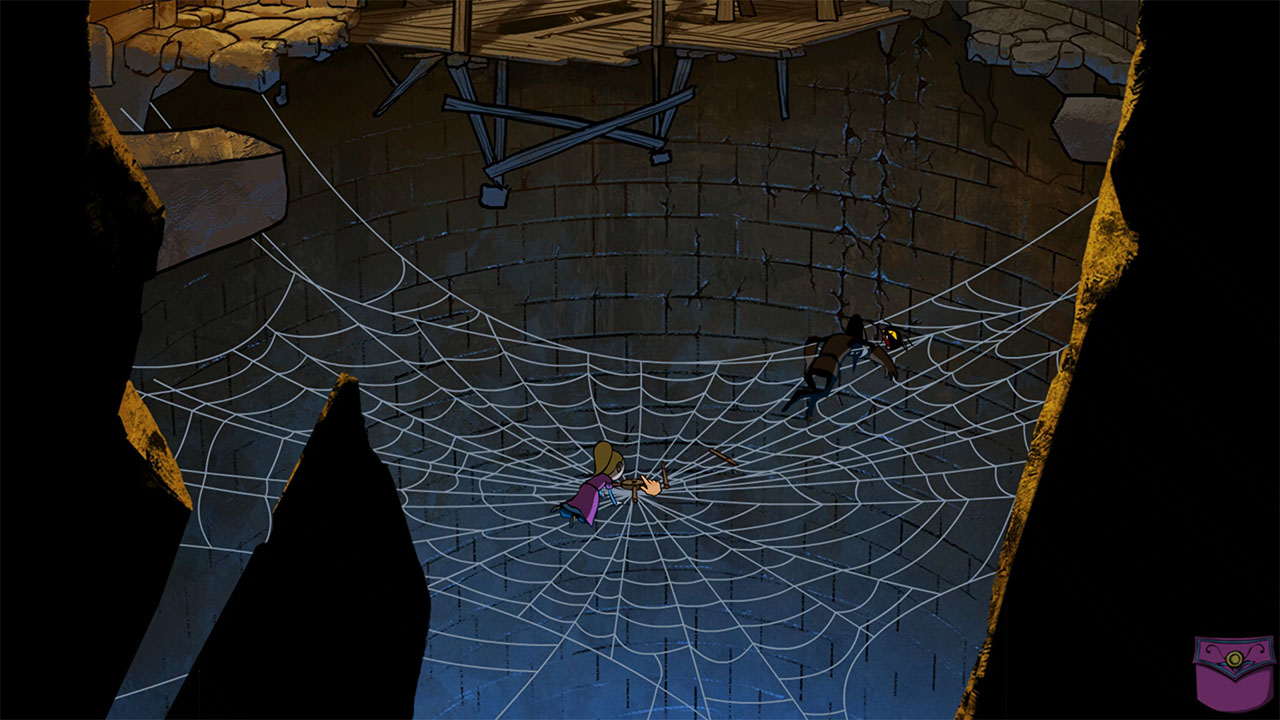 The remainder of the game consists of fairly standard point and click puzzles, with a few unexpected tasks thrown in, like sewing and alchemy. For the most part, they are extremely well balanced and successfully blend static puzzles and dynamic action. Generally speaking, I have a fairly low tolerance for frustration, and some adventure games run dangerously close to being irritating, but TSIOQUE is very accessible and so well balanced that I was never stumped or frustrated.

Although I should be celebrating that fact, I do wonder if the pendulum has swung a touch too far in the other direction. I hesitate to say that it’s too easy, but solving each puzzle was such a straight-forward affair that success often times didn’t feel as rewarding as I’d hoped. There weren’t any single outstanding “ah-ha!” moments, rather just a myriad of “that worked out well” moments. 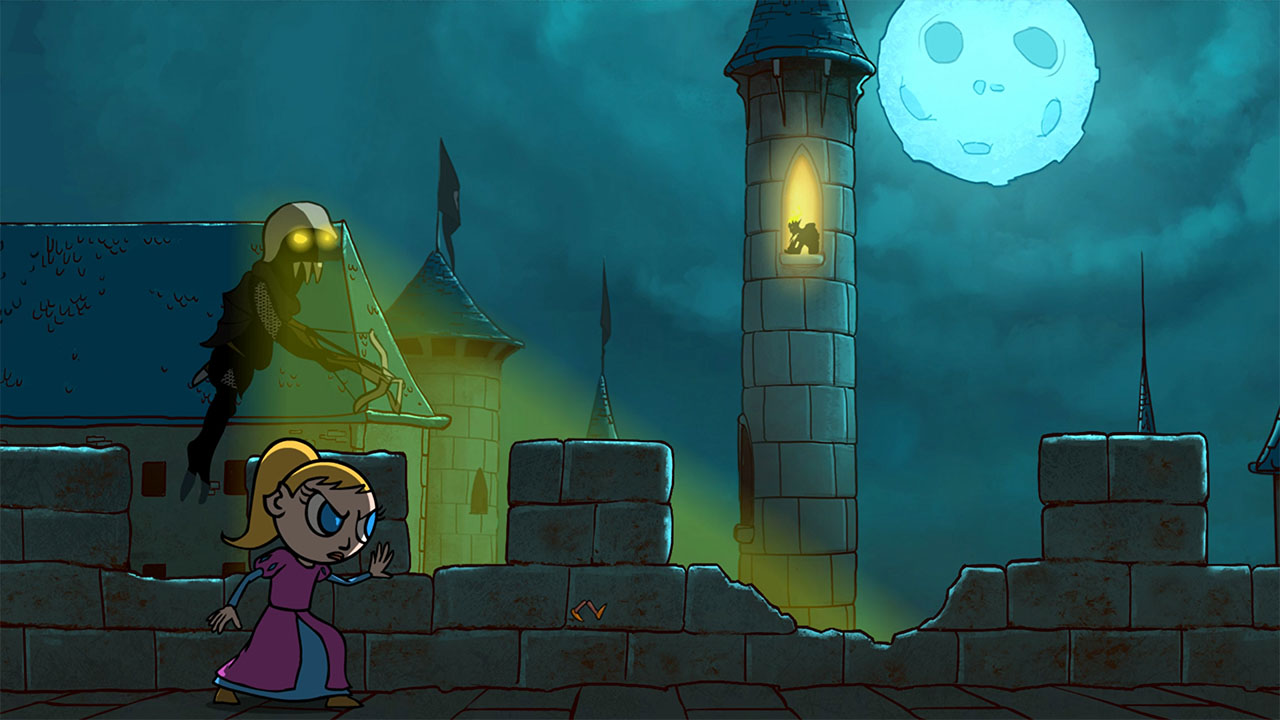 Each Frame a Mini-Masterpiece

That’s not to imply the game isn’t fun; it’s a lot of fun, actually. I had a great time in my initial playthrough, and even gave it a second go later on. The star of the show isn’t necessarily the title character or her perpetually pissed-off look, rather, it’s the fantastic visuals: the art, character design, and animation are extremely well done, and a joy to watch. It’s clear that there are some immensely talented artists at OhNoo Studio and Smile. 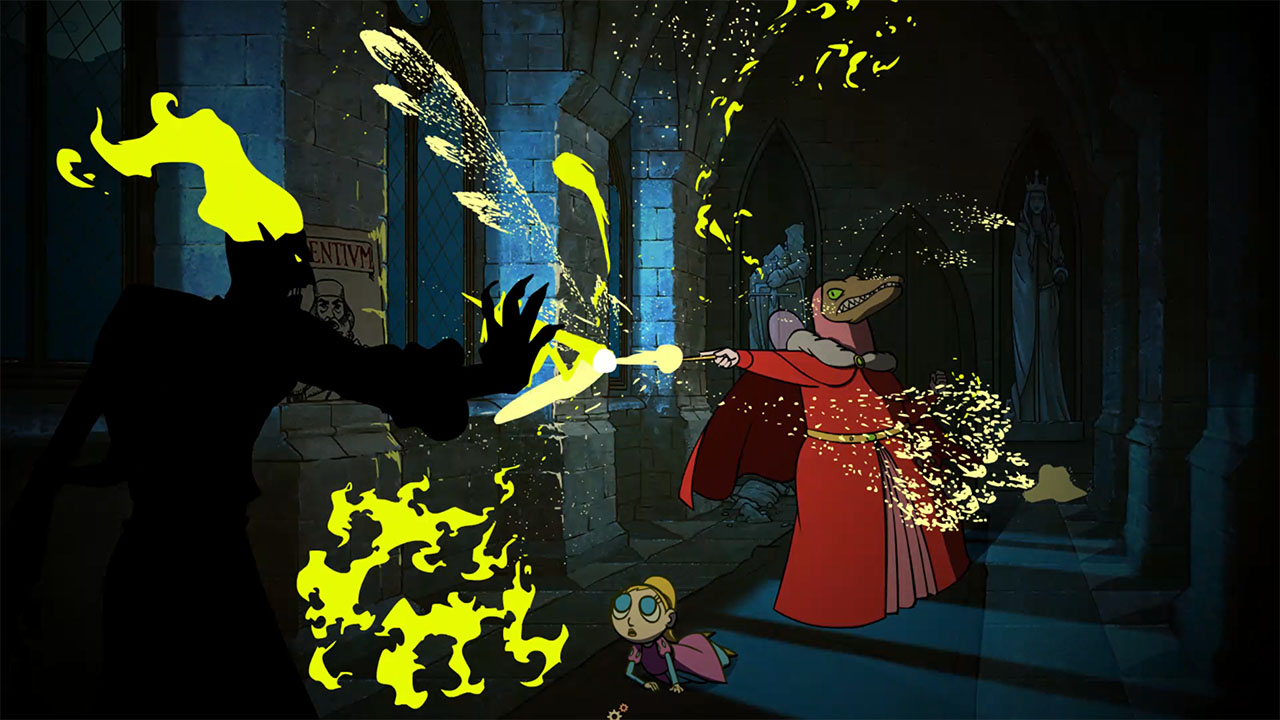 With such a great focus on the artwork, it’s a little disappointing the sound and music aren’t quite up to the same level. Don’t misunderstand, they’re perfectly acceptable; but they’re just a little generic. The sound effects are minimal, repetitive and simplistic; thankfully they’re not distracting in any way, but they don’t exactly bring this adoringly illustrated world to life.

The music is likewise not distracting, therefore it must have succeeded in its job, it’s just that even after two playthroughs, I’m hard pressed to even recall what it sounded like. Again, the overall audio is fine, it’s just not as memorable as the visuals. 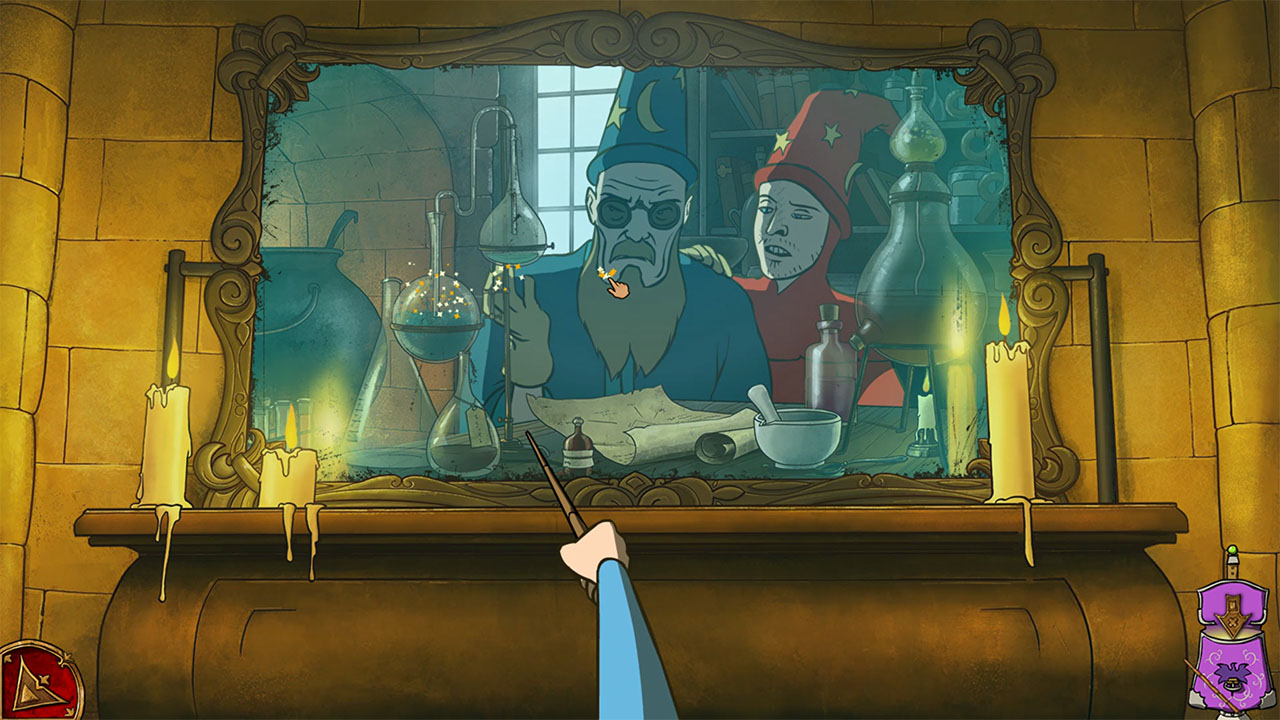 The UI, controls and inventory system all work very well together, and clicking your way through TSIOQUE’s colorful, but small, world is effortless. That’s not to say there weren’t issues.

In my particular case I was playing on a 4k screen, and noticed that the cursor really dragged, and overall felt less precise. I later tested on a lower resolution monitor, and the mouse was more responsive. I’ve run into this with a few other indie titles, so it’s hard to say if it’s a limit of the game itself or of Windows’ crummy screen scaling. Either way, it wasn’t a deal-breaker, though it did make some of the action scenes a bit more nerve-wracking than they were probably intended to be. 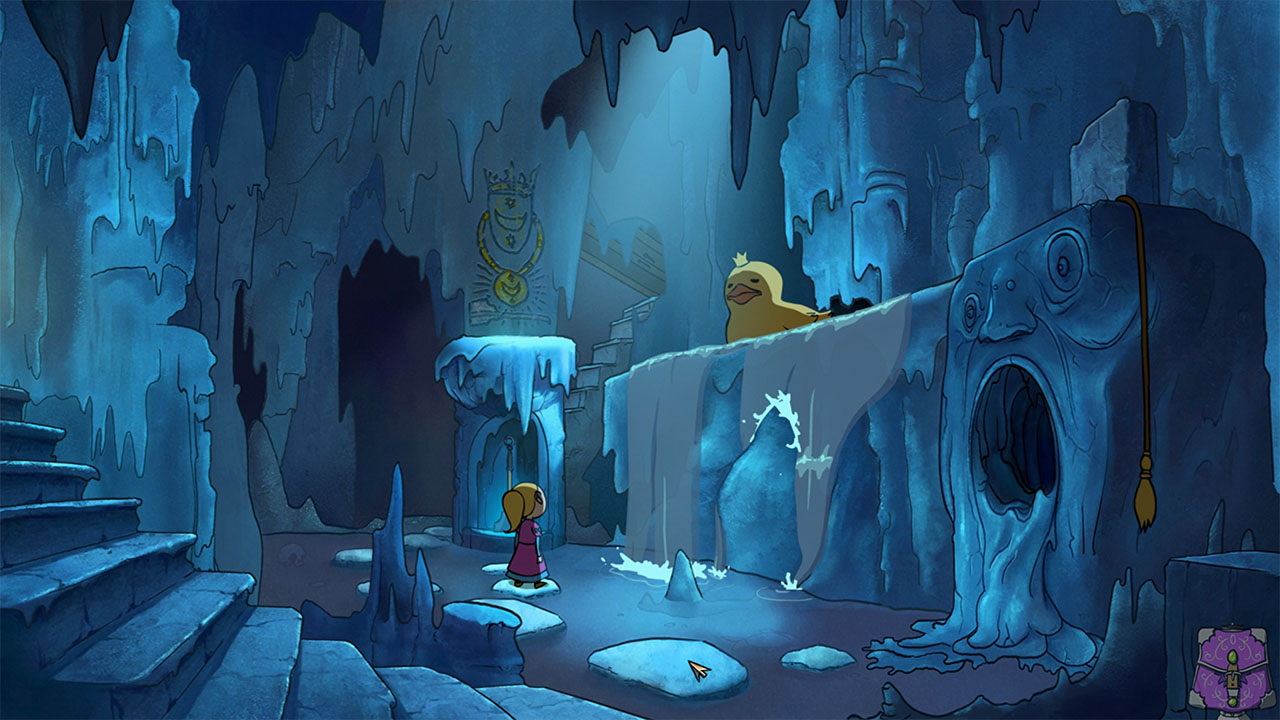 The Illusion of Life

The only other criticism I have with TSIOQUE is similar to my comment about the audio. If you take away the incredibly appealing art and animation, the remaining game elements (puzzle, world, story, and characters) are all various shades of generic.

TSIOQUE herself is an unfortunately undeveloped character. Outside of establishing that she’s a precocious little kid, I know absolutely nothing about her personality, because she’s never given even a single moment to be expressive, or emotive, or self-directed; she is a well drawn marionette performing solely for your mouse clicks. While there’s nothing wrong with this, as a player it made it difficult for me to connect on an emotional level to the character or her plight. 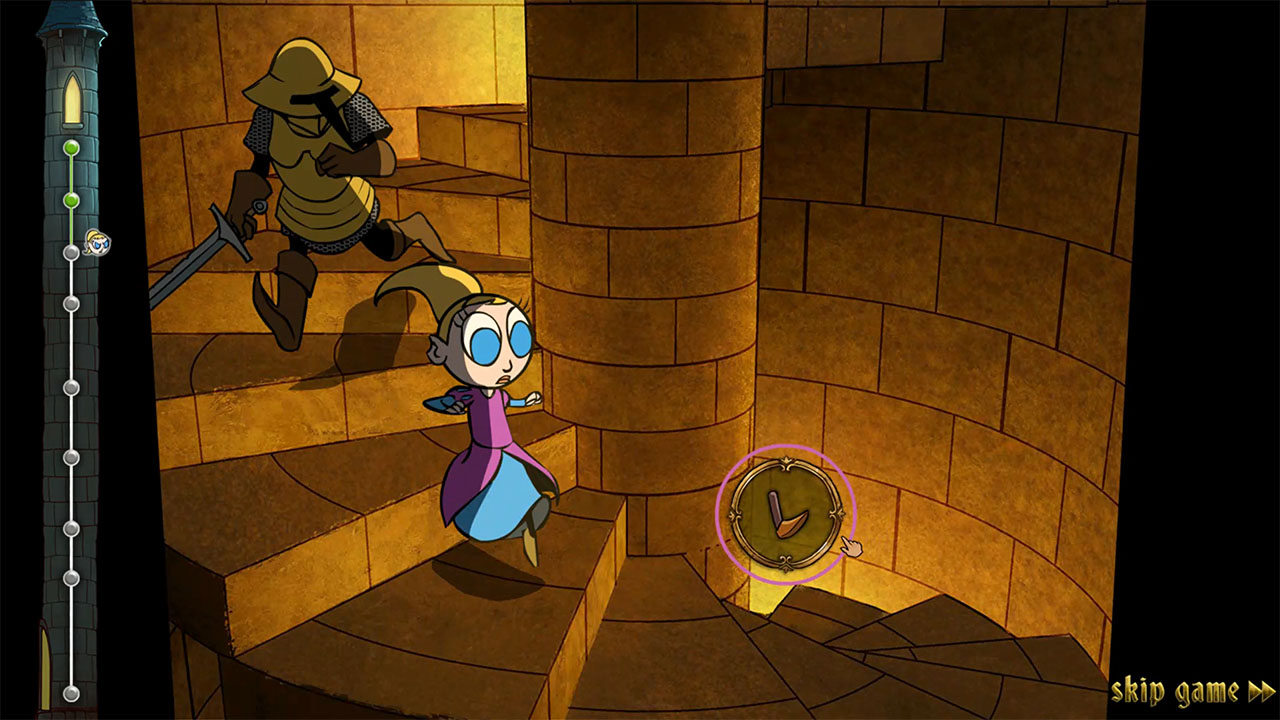 The narrative is, for the most part, conveyed wordlessly. Normally I like that in a game, because I feel it forces the storytelling to be more creative; however, here the lack of words isn’t compensated for in other lively ways. The game world is very small, there are only a handful of locations to visit, and there’s virtually no interaction or exploration with elements that aren’t directly related to your current quest.

While this is good in some ways, as it greatly reduces the risk of red-herrings or the dreaded pixel-hunt, the flip side is that the gorgeously rendered game screens are oddly one-dimensional; you can look, but you can’t touch. There are very few flourishes adorning the edges of the game. The main narrative is fine, even if it’s very direct, but there’s no development given to the world you’re in or the side characters you encounter. 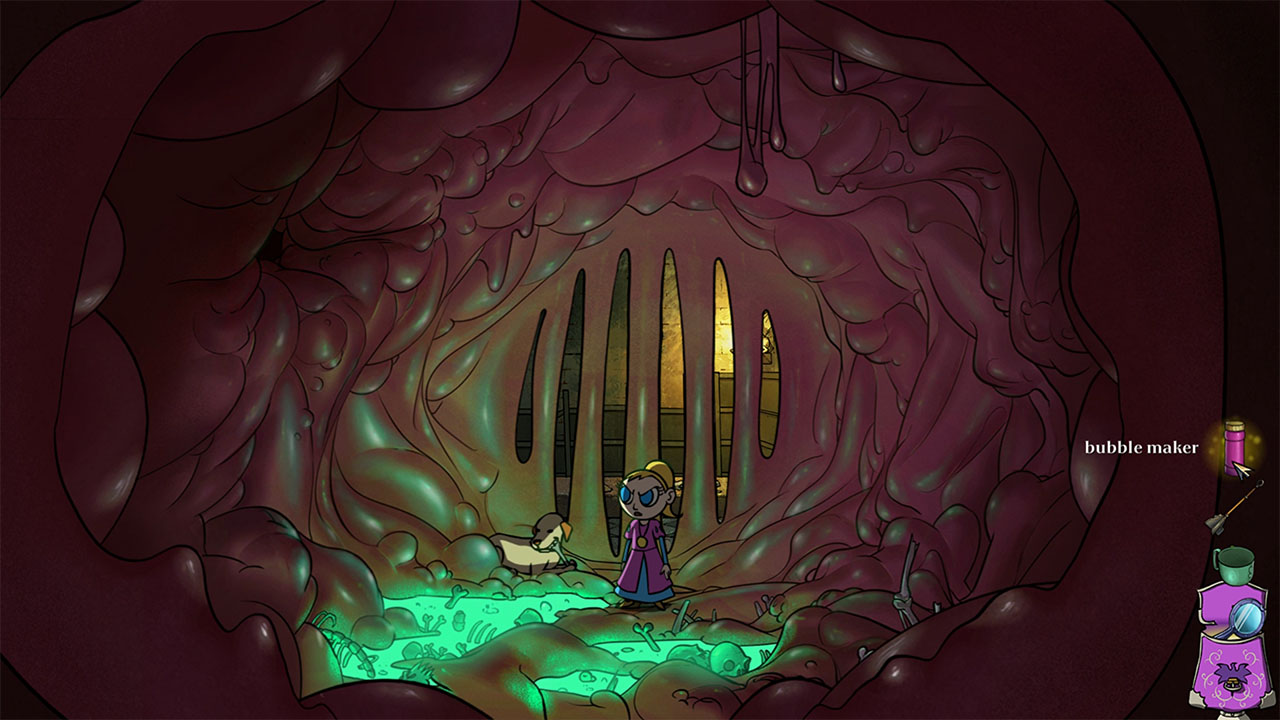 Perhaps that’s overthinking things. It is, at the end of the day, an all-ages storybook-like simple adventure game that just happens to be very well made. It might be a bit too saccharine at times, and suffer from bouts of generic-ness, however the gameplay is sincerely enjoyable, it’s easy to marvel at the visual creativity, and I do wholeheartedly recommend it to just about anyone. It may not be the most memorable game experience, but TSIOQUE is lovingly crafted, well balanced, artistically engaging, unpretentious, and proudly wears its point-and-click heart on its hand-drawn sleeve.