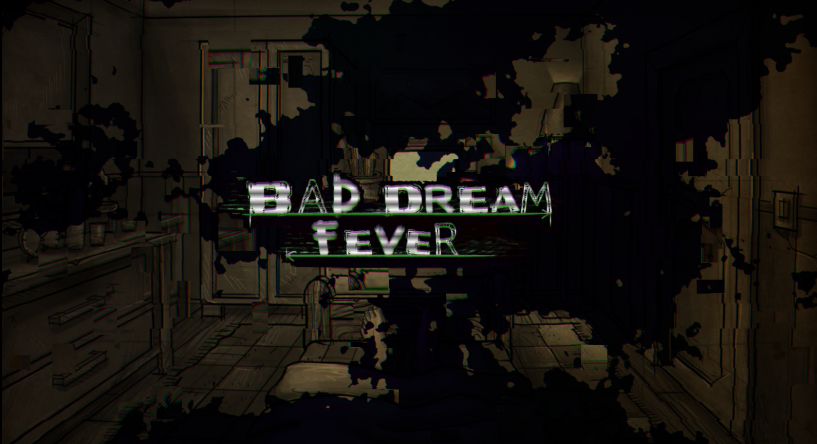 Sleep they said. You’ll have a nice dream they said.

Being sick is terrible, even if it just feels like you’re getting sick. It’s even worse if you have things to do and have to go out of the house. The best thing to do is just curl up with a blanket and sleep the day away. But what if you can’t escape your fever and instead of a dreamless sleep, you get a horrible nightmare that is seemingly inescapable?

This is exactly what happens to our character as you slowly fall asleep in front of your TV to find yourself in a stranger’s bedroom. After finding the key to unlock the bedroom door and a way to get out of the unfamiliar house, a girl sporting a plague doctor mask appears telling us to not go outside. Why? A strange plague has surfaced involving blue ink. By the time you get into Bad Dream: Fever’s world, the masked girl that you run into is the only one alive. With no known cure, the only thing you can do is try to limit the ways you can be contaminated. As the masked girl has a fear of being contaminated and dying a horrible death just like the others, she sends you to try and fix the problem. 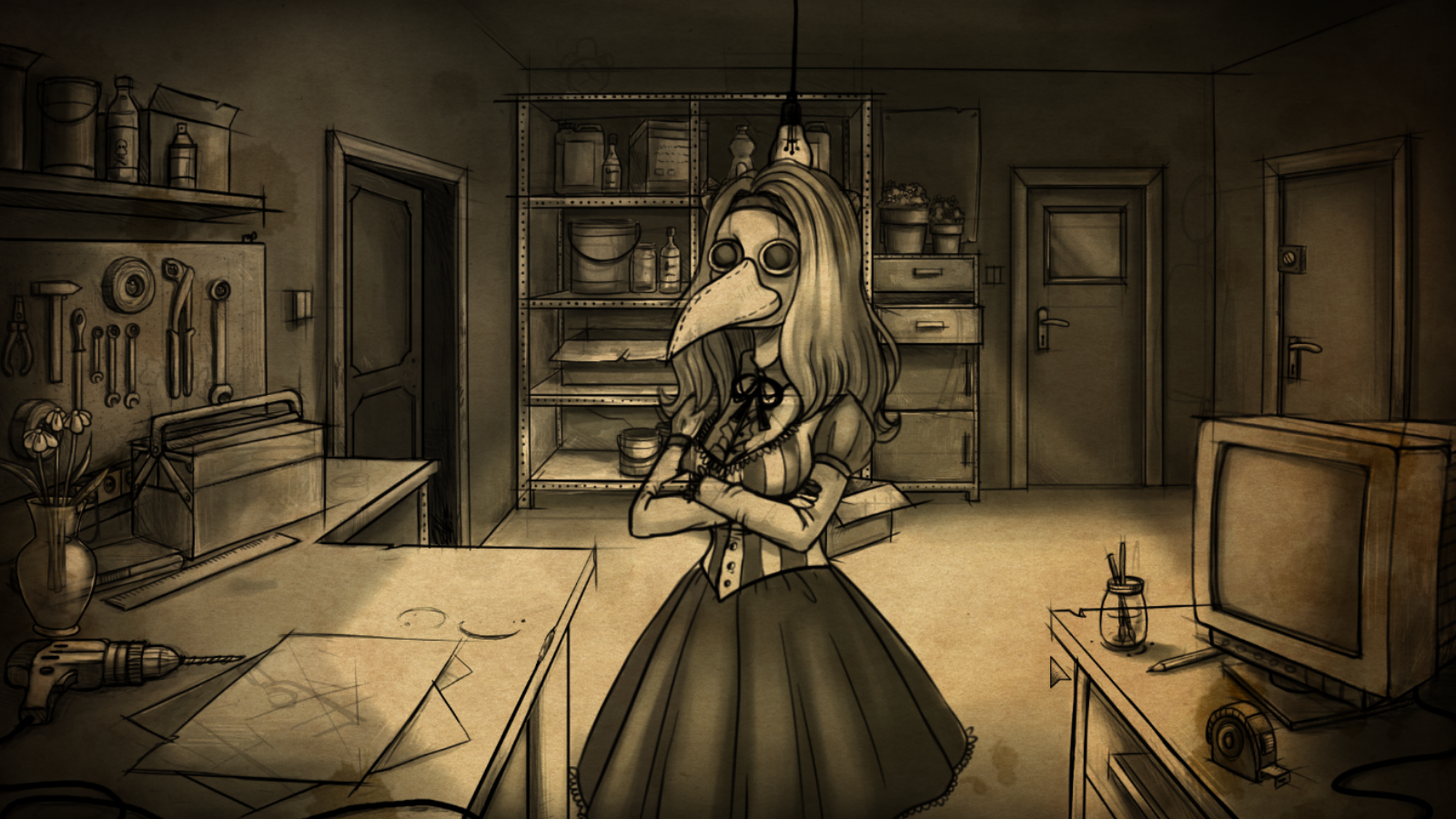 With no one else alive, the bodies are just hanging out with blue ink oozing out of them. Not only that, but it drips and stains the environment around you. That’s not even all, a strange creature has also made some appearances which alters the world around it and messes with anyone that gets in its way. One moment where you’re not careful is a death sentence. Luckily, the masked girl is in constant contact to guide you through the process of at least saving her from a horrible, inky death. 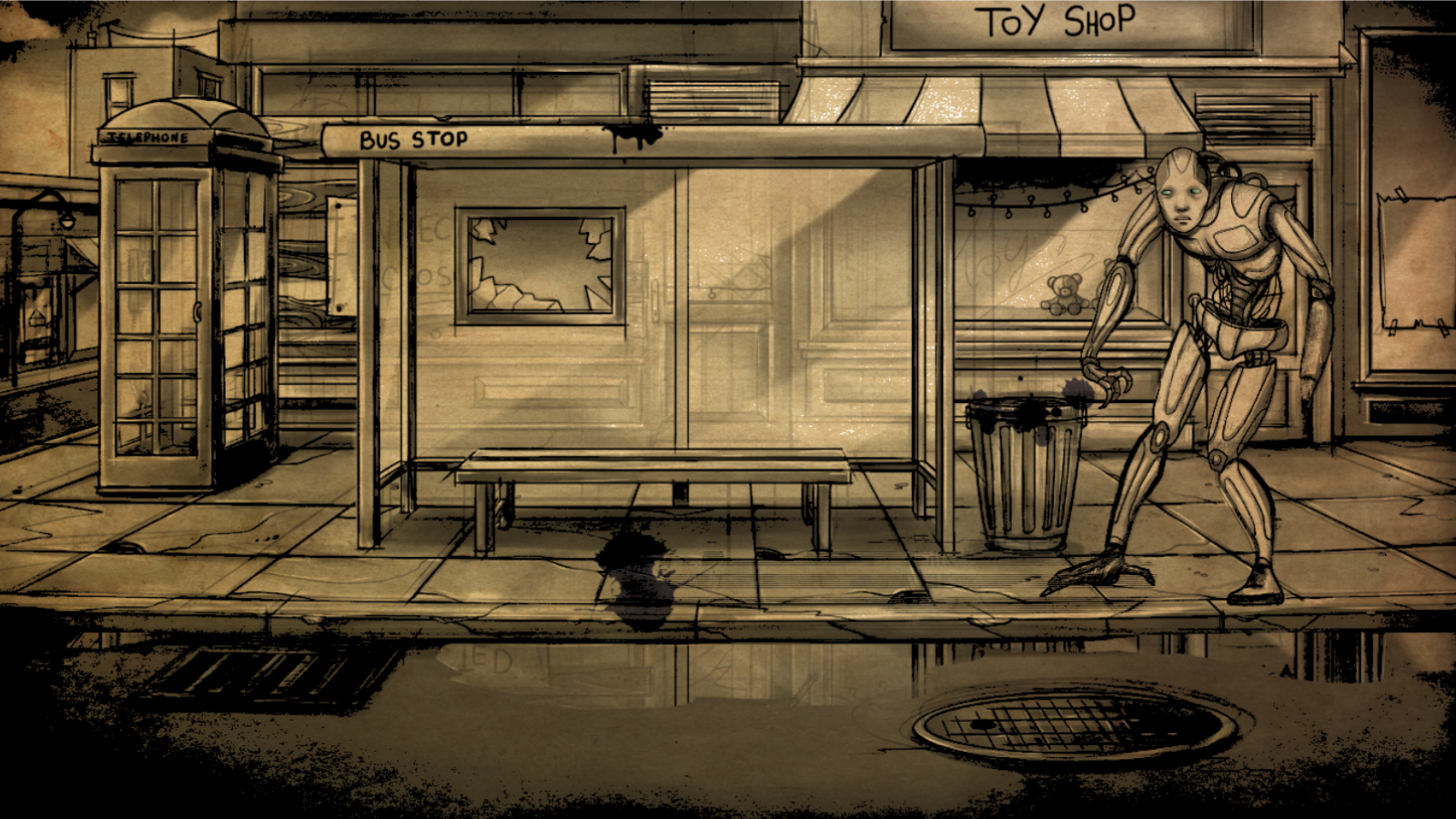 During your time in Bad Dream: Fever, you’ll be helping the masked girl figure out what exactly caused the blue ink plague and how to cure it. Many items, or even bodies, you come across will either let you look closer, pick up, or move. However, not all pickable items can be picked up once you run across it. An item can only be picked up if you need it at that given time. I have to admit that it’s kind of weird, but at the same time, you probably won’t want to have a heavy load with the creature roaming around. I personally didn’t mind it since going back to a location can trigger an event, but keep this in mind if you don’t like this kind of thing.

With the puzzles, most are pretty easy as long as you vaguely remember where you saw potential items and pay attention to the world around you. You don’t have to combine any items in your inventory and the game makes it easy on you and automatically selects the needed item if something needs it. The inventory only acts as a way to get some basic information on your items. There are a few hard puzzles that pop up towards the end, but they are logical enough that you can get an idea of what you need to do. 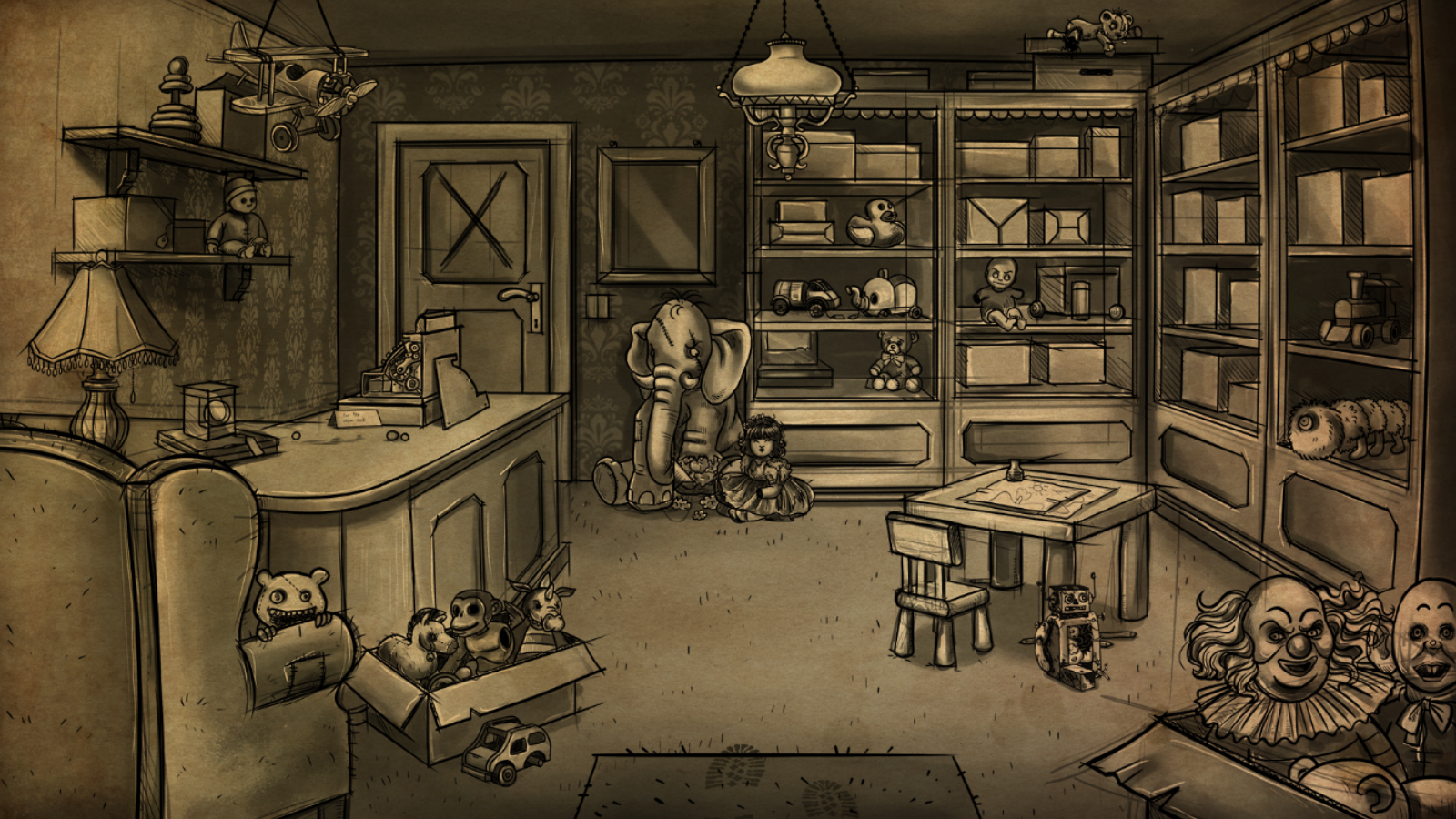 If you’ve ever seen any screenshots of Bad Dream: Coma, the visuals got an upgrade. It keeps that sketchbook style from before, but there is much more detail added in to give more life to the world. Along with this, the background music is more ambient, much like something you’d hear in horror movies to give you an unsettling feeling as you walk through the world. In addition, the sound effects are great. I’m quite surprised that anything that you might click has a realistic sound effect. Clicking anything that doesn’t have an action will produce a realistic tapping sound on that surface and if you tap blue ink or a body it gives you a static feedback for both the sound and a distortion of the blue ink. If it’s a significant amount of blue ink in one area, it will distort the whole area if you touch it.

I enjoyed my short time with Bad Dream: Fever. I loved the atmosphere and how the story developed over time. You get all these hints pointing to what’s happening during the course of the game and even though you assume one thing, what it actually was makes sense when looking back (not spoiling it ?). Not to mention that this is a personal story tied into it that others can relate to (which may be why it worked so well with me). However, if you’re expecting this to be exactly like Bad Dream: Coma, you’ll be disappointed since this does not feature multiple choices that lead to multiple endings. I do recommend checking out Bad Dream: Coma if you haven’t already, especially if Bad Dream: Fever doesn’t peak your interest. I didn’t know this before, but the developer also made a couple games in the Bad Dream series on Gamejolt if you want to check it out as well.

For those that haven’t played Bad Dream: Coma (or even the other Bad Dream games), I’m sure you’re wondering if you need to play it before Fever. Well, for the most part no. Apart from a few easter eggs and a reference or two, Bad Dream: Fever is self contained.

Thanks for reading this review. Guess what? We have a limited number of Bad Dream: Fever keys to give away and you may be a lucky winner if you’re quick! To claim your prize, please subscribe to our YouTube channel then contact JimDeadlock#0106 on Discord and say the pass phrase “I’ve got the cold sweats.” While you’re there, you can join our very active general chat channel and shoot the breeze with us about games or anything.