A short, Drowning is a worthwhile walking simulator that’s both literally and figuratively a bit rough around the edges.

Though it conveys an interesting idea in a novel way, the game’s often cartoonish atmosphere doesn’t reliably fit the greater story, which draws attention to the unanswered question of what these environments are meant to represent exactly. Still, fans of the genre will likely find this to be a welcome and extremely affordable return to the often-criticized game format. 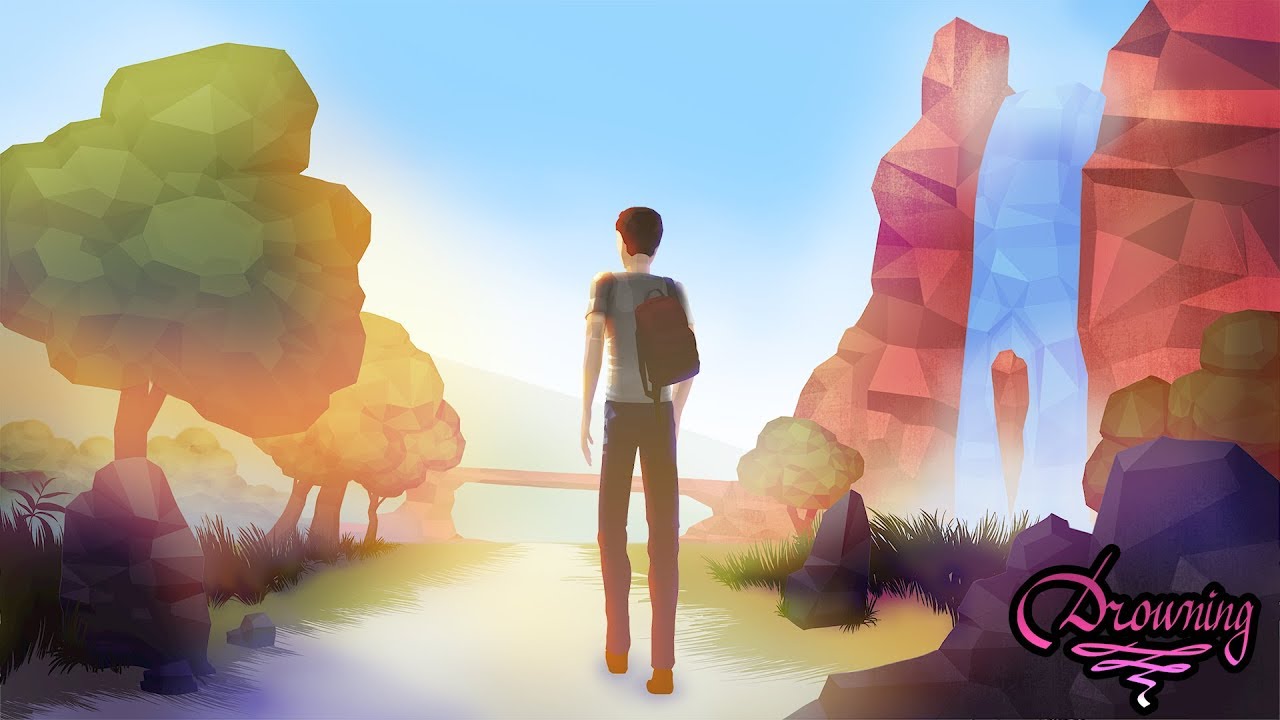 Though comparing self-proclaimed walking simulators to Dear Esther is beginning to feel a bit like a tired trope itself, it’s difficult to avoid the discussion here, as Drowning borrows heavily from Dear Esther‘s format and execution. In both, a largely-figurative story is told through narration triggered by exploring an outdoor path through varying environments. 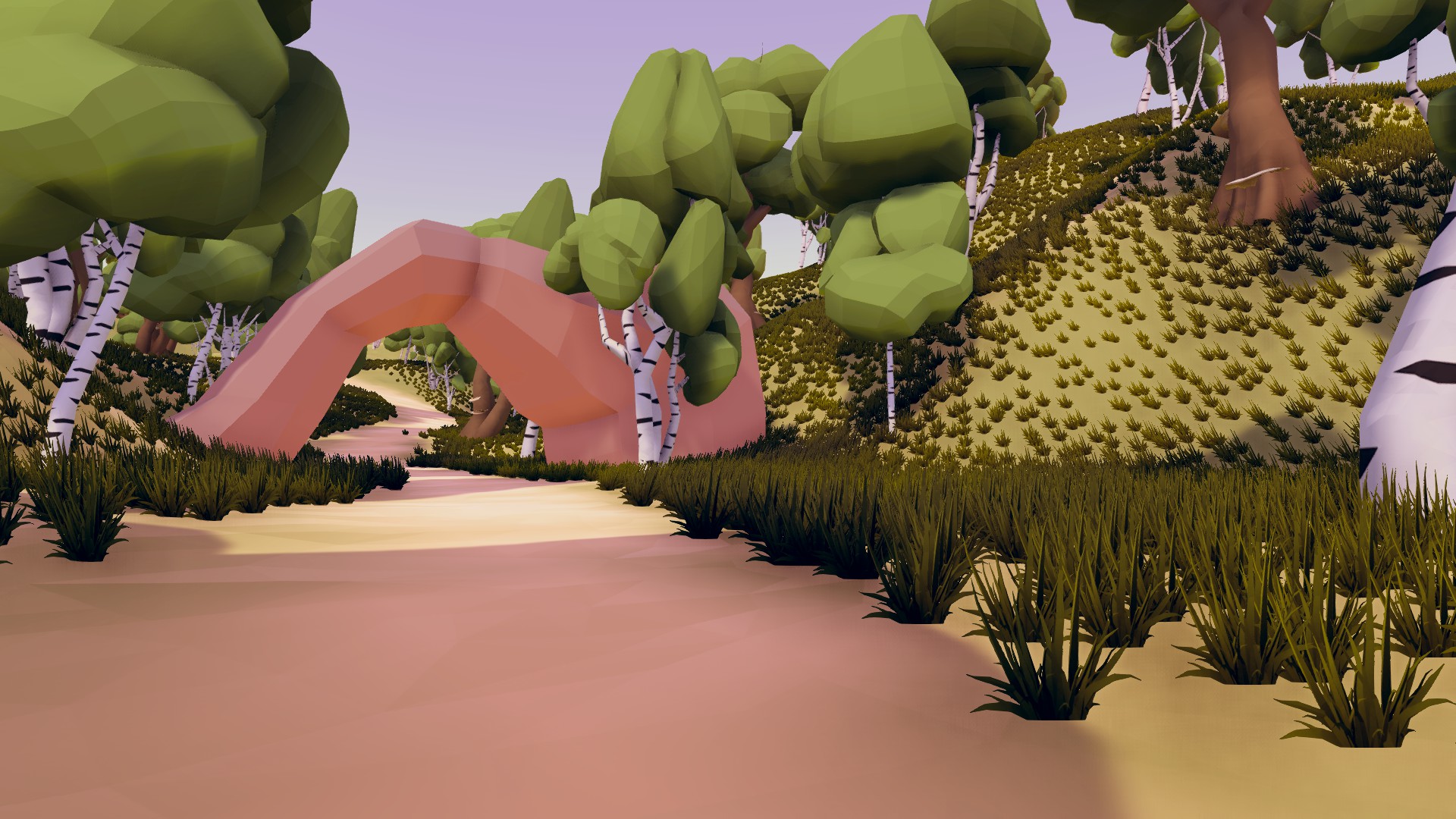 Some minor distinctions between the two can be made. First, Drowning is arguably more linear, as freedom of motion through the landscapes is overwhelmingly limited to the path itself, with only minor exploration of the fringes possible before your progress halts at the all-too-familiar invisible wall. In some ways, this is a good thing. Dear Esther laid out its story in disjointed, largely random declarations triggered as one wandered about. By contrast, the far more scripted path presented here allows for a much more coherent, intentionally linear narrative, which is required by the story that this game hopes to tell. 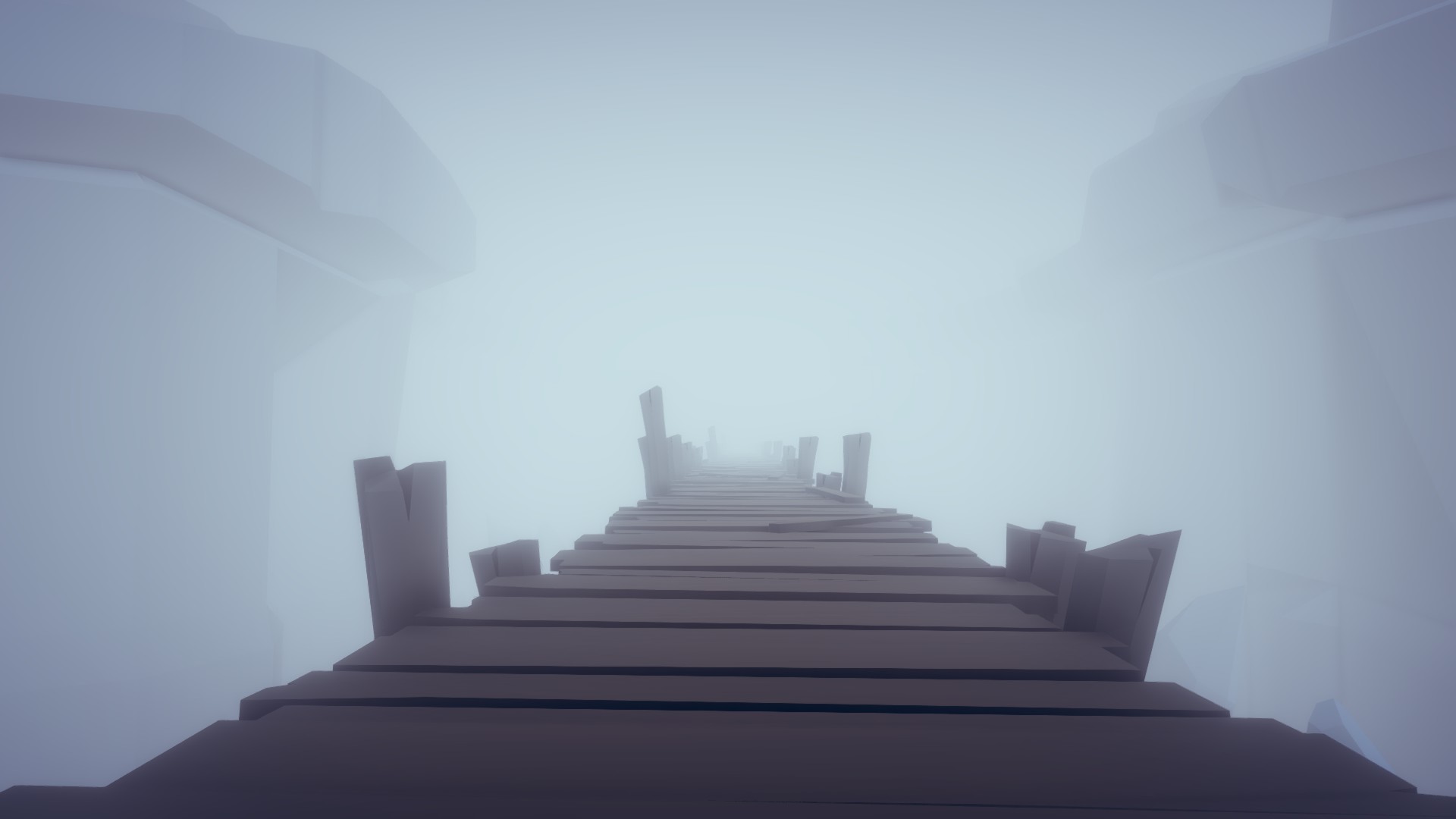 Second, the booming narration of Dear Esther is replaced by literal floating text silently appearing in your path. These text boxes appear as you move, and linger like breadcrumbs behind you as you make your way through the varied wilderness. 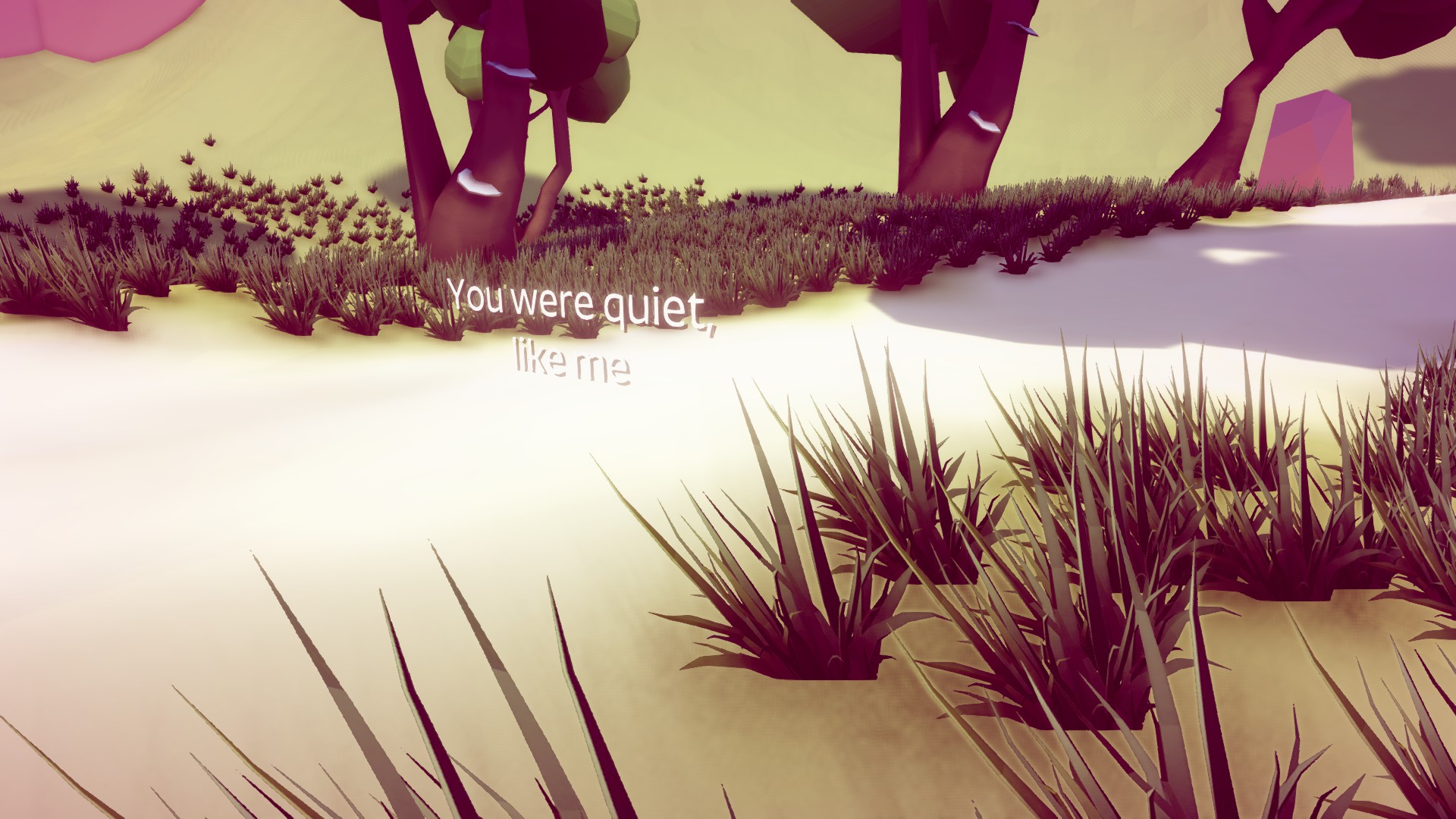 Third, Drowning advertises itself as being “beautiful low-poly.” This claim is entirely accurate, but debatably ideal for the overall atmosphere of the game. More often than not, the well-executed and beautifully-colored worlds are pleasing, but that becomes a bit of a problem as the plot gains traction. The low-poly worlds never shake an overall cartoonish atmosphere. While this is entirely appropriate in the early sections of the game, it becomes increasingly out of place as the story gets darker. The game attempts to counter this thematic shift by making its worlds literally darker, shifting from soft pastes to blackish grays. But that doesn’t quite work, serving more to make it harder to see the path than to stylistically-match an increasingly dark narrative tone. 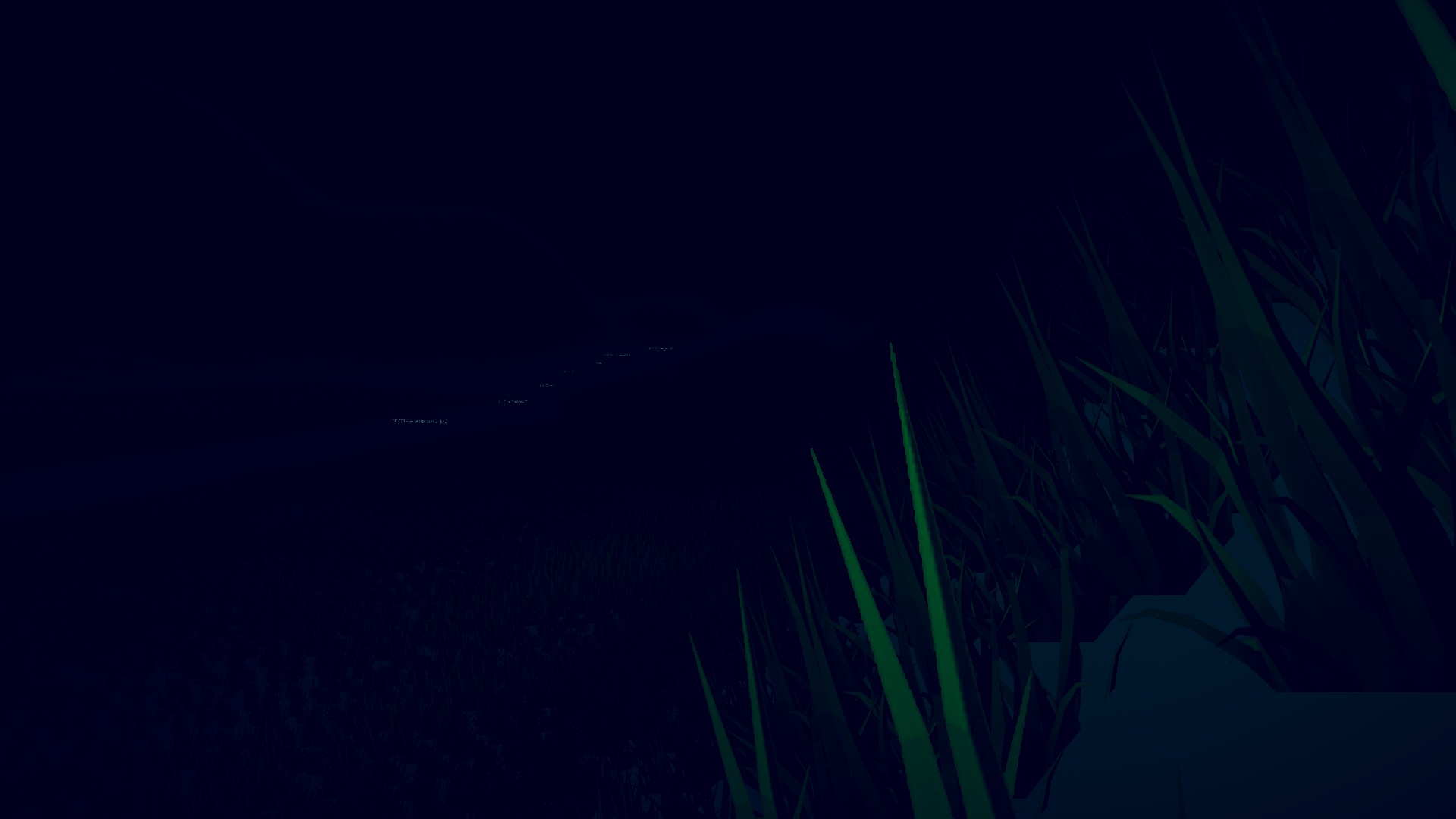 Though I’ve called the game extremely linear, it’s worth mentioning that in one regard, that’s not strictly true. The game features a total of four possible endings, three of which seem to be considered non-obvious enough to be labeled as “secret”in the Steam achievements. These are a nice touch, and add a bit of welcome depth to the greater theme in play. As a minor quibble, I might have called these something other than secret endings, as none of them are terribly difficult to find, and all of them are placed in a perfectly logical place on their respective walking paths to lead in to their alternate branch of the main story. As an odd bit of trivia, my “explore everything” style of gameplay made it such that the game’s “real” ending was the last one that I found. 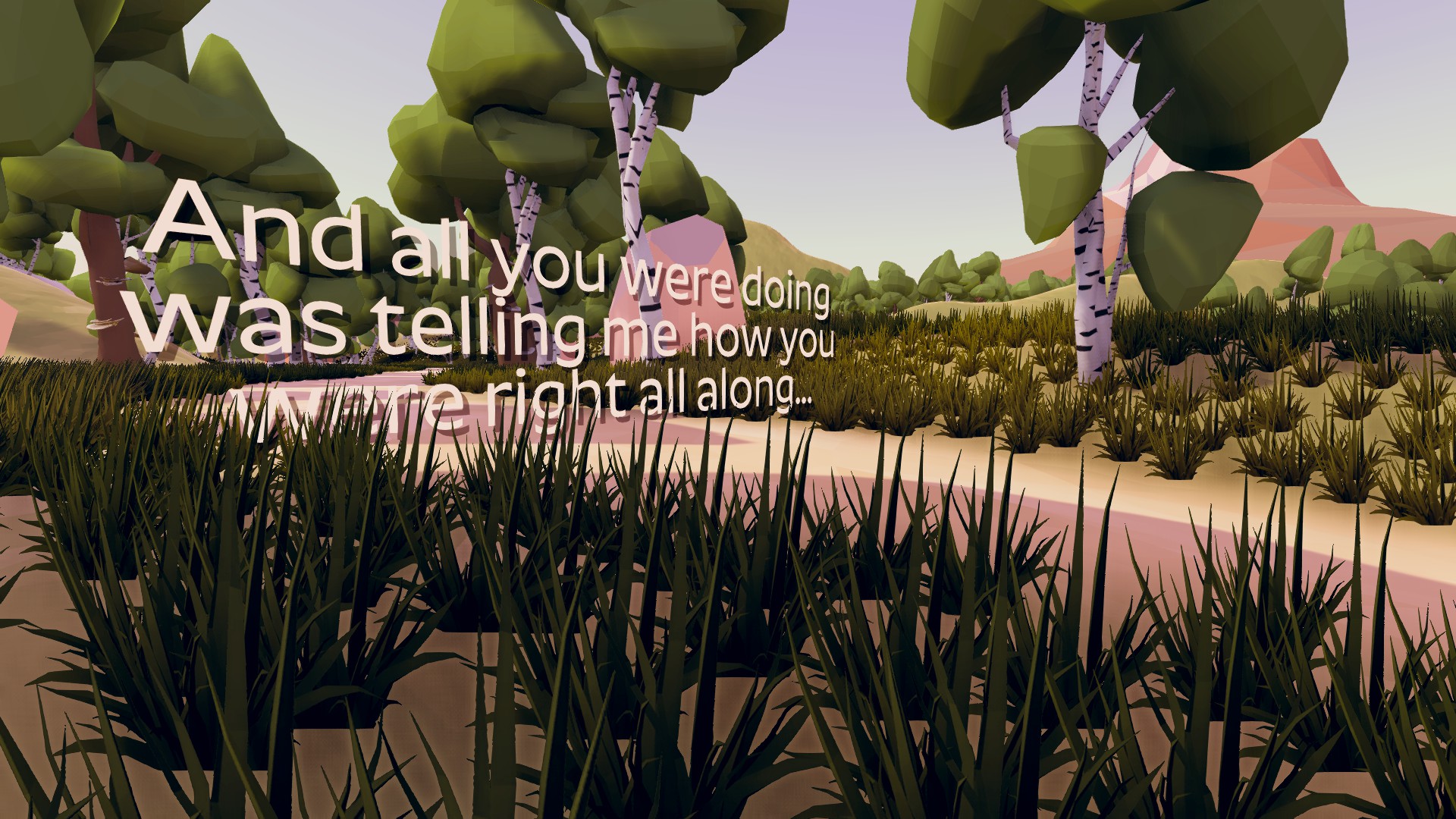 The game does have some flaws worth mentioning. First, for a game that’s arguably entirely text-based, the in-game story contains more typos than it should. While none are so glaring as to break immersion, this is likely to irk the occasional fastidious player. Second, some very minor bugs still exist and were prominent enough for me to find on my first playthrough. Depending on how you enter into the game, you may find your view partially blocked by a lingering mouse cursor. If your hunt for the game’s occasional hidden item motivates you to spend a lot of time walking along the invisible boundary wall around the path, at least one hole can be found in it that will allow players to take quite the hike off in what I eventually decided was not actually an interesting direction. Finally, the game would benefit greatly from the addition of a chapter select feature, allowing players to begin/resume the game at the start of any area they have previously entered. This would greatly improve the accessibility of the alternate endings, and also serve as a big favor to achievement hunters looking to locate the last few hidden Steam achievements. 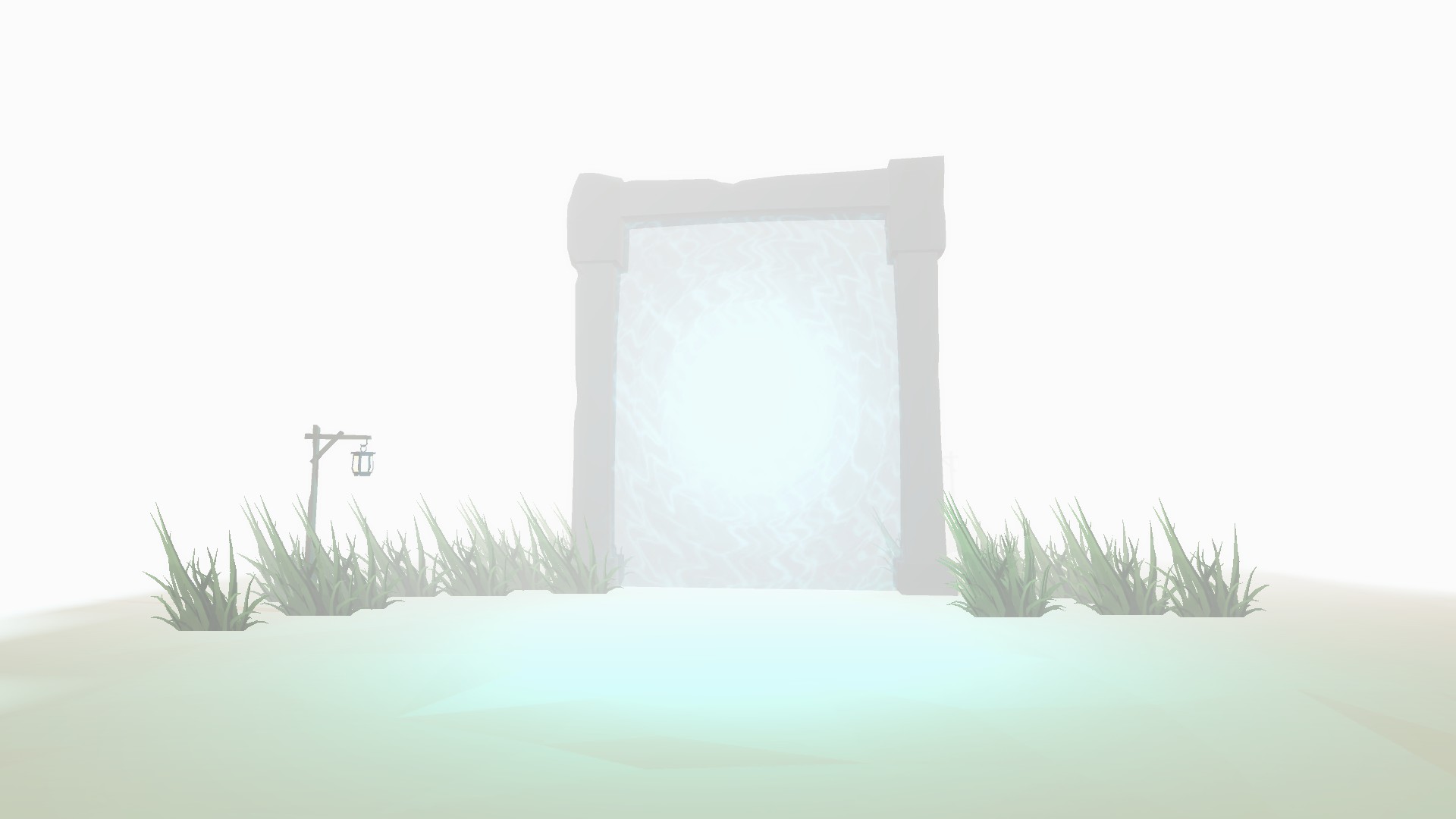 As a closing note, the game features a nice soundtrack that generally matches well with the setting you’re exploring. Here too though, though the soundtrack is generally nice in isolation, it does not always quite match the tone of the story you’re reading, especially if you’ve explored enough that the music has looped around and restarted from the beginning.

Drowning is a respectable indie walking simulator exploring an interesting topic in a thoughtful way. Though not as polished as some entries in the genre, fans of this type of game should find it a welcome addition to the available offerings.