Over the top excessive offensive and blatant rude humor coupled with the voice acting of Rick & Morty‘s Justin Roiland.

**WARNING!! The following review will be an extreme departure from my regular review process and will contain obscene language and graphic descriptions of adult only content contained within this game! You have been warned kiddies, flee or be scarred for life!**

If you like South Park, Rick and Morty, or Beavis and Butthead, well then you might want to jam your face into a dark hole called the HTC Vive, Oculus Rift, or PS VR. Then wear peoples hearts on your face, shoot at cops, commit suicide, and summon Satan in Accounting+.

Won’t you stick around and be my neighbor? We can “eat poopy-shit” (yup thats from this game) together and play VR in VR in VR in….

“Hey! Hey you, who the fuck are you? Get the fuck out of here!!”, says a strange half-a-guy coming out of a tree while your new bosses scream at you through the phone.

“What the fuck?”, is the first thing you will think, then you’ll laugh a bit, then you will revisit that whole “what the fuck” thing again, set on repeat..

This game should be rated A for Adult because you should definitely be 18+ to play it, but should not get rated M for Mature, as there is no place for maturity in Accounting+.

What constitutes as gameplay in Accounting+? Well as I mentioned before, you will be shooting seeds that explode at cops, stabbing people and using their heart as a VR headset, eating shit cereal, vandalizing the walls with graffiti, shoving your face in a frog’s ass, and playing with a skeleton xylophone … I’m appalled that I enjoyed these things and yet I giggled the whole time, just goes to show you never really grow up. 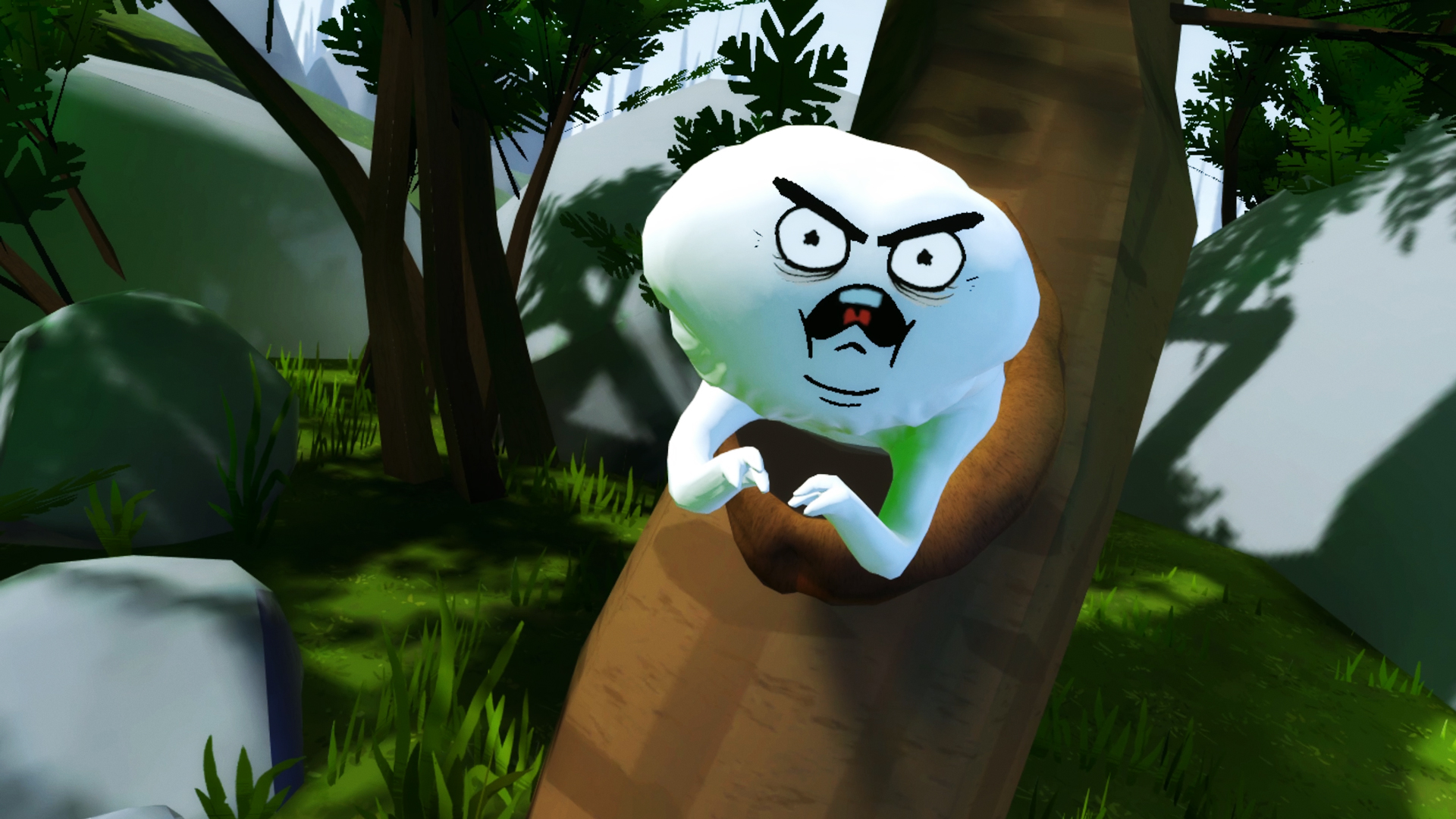 Iz it Wurtha-buy? Iz it!? – A few words from the developer:

What began as a small game jam between William Pugh (The Stanley Parable), Dominik Johann (Minit) and Justin Roiland (Rick and Morty) is now, two years later, an aberration of warped technology, weird worlds and strange, disturbing creatures. Since its debut in 2016 (10/10 on Steam), Accounting has tripled in size, mutating into an intricate labyrinth of forbidden virtual realities. There are countless more secrets to discover if you have the stomach to brave the dangers of new characters, brought to life by an ever expanding cast of comedic legends (Rich Fulcher, Reggie Watts and Justin Roiland, to name a few).

The above section was blatantly ripped off from the genius and sexy reviewer Mack from Worth-a-buy, go visit his channel and watch some of his content, hes a solid dude with great reviews.

How much of the above statement is true? 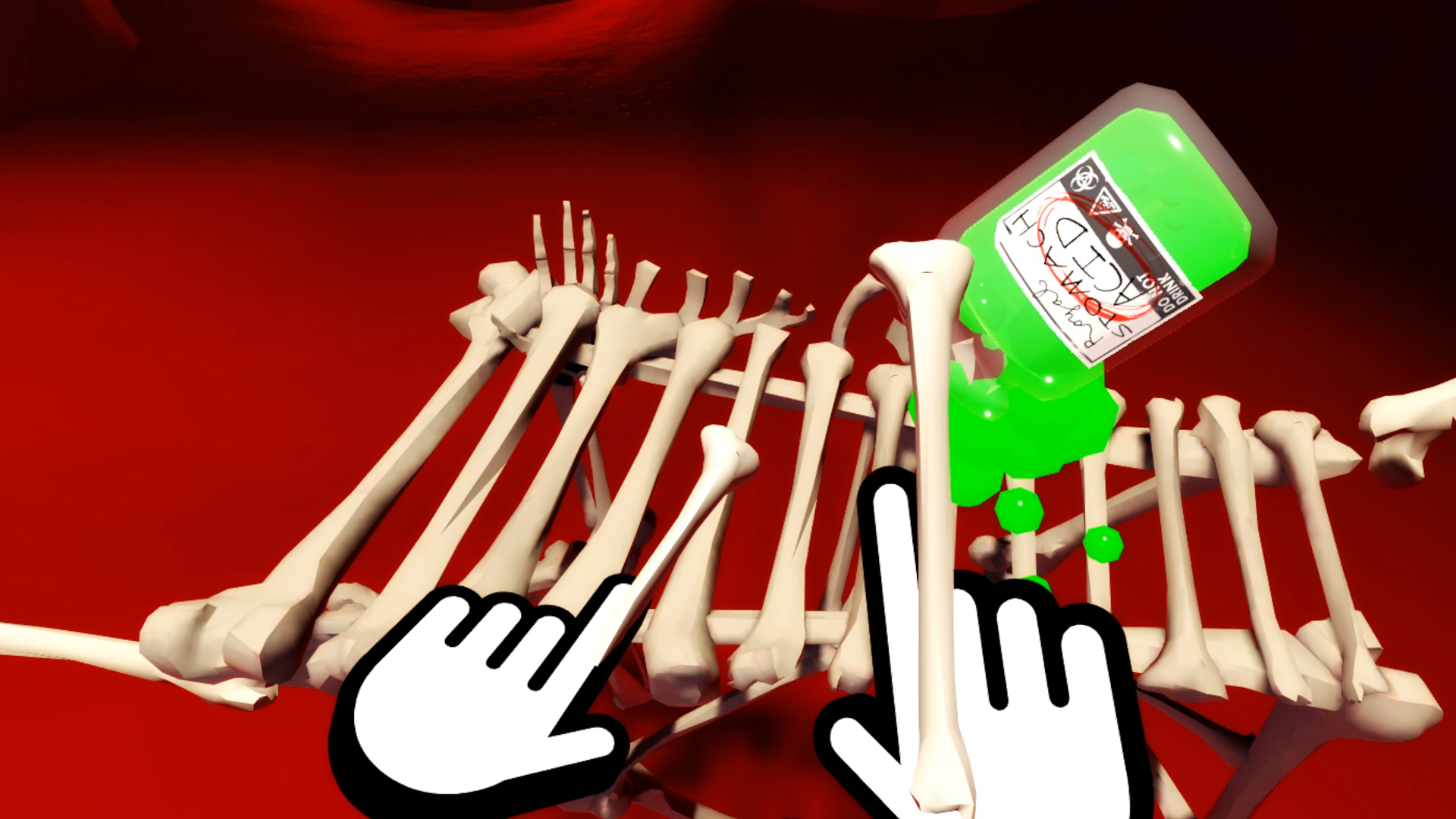 The three people involved in the development of this title show through in the content its self. It is well made, yet intentionally childish in presentation and obviously of the dick and fart joke mentality.

I can’t say I agree with the claim that it is triple the size, unless they mean in terms of download size, or bullshit, cause I’m calling you out bitches! There is hardly 50% more content in my opinion, the game is still short, but most VR games are.

They did a great job with the calm peaceful introduction and tutorial with excessive amounts of patronizing commentary and it does well to point out how idiotic the new “participation award” mentality is in society right now. Well played guys!

Next up is a series of roughly connected interactive “shorts”, they all have their own merits and are generally entertaining, the game does a great job of pointing out what you are to do next, but often I felt they could have delayed the process and only helped you out if you stalled for too long.

The over the top and grossly exaggerated violent & childish humor does grow stale eventually, for me it was towards the end of the game. 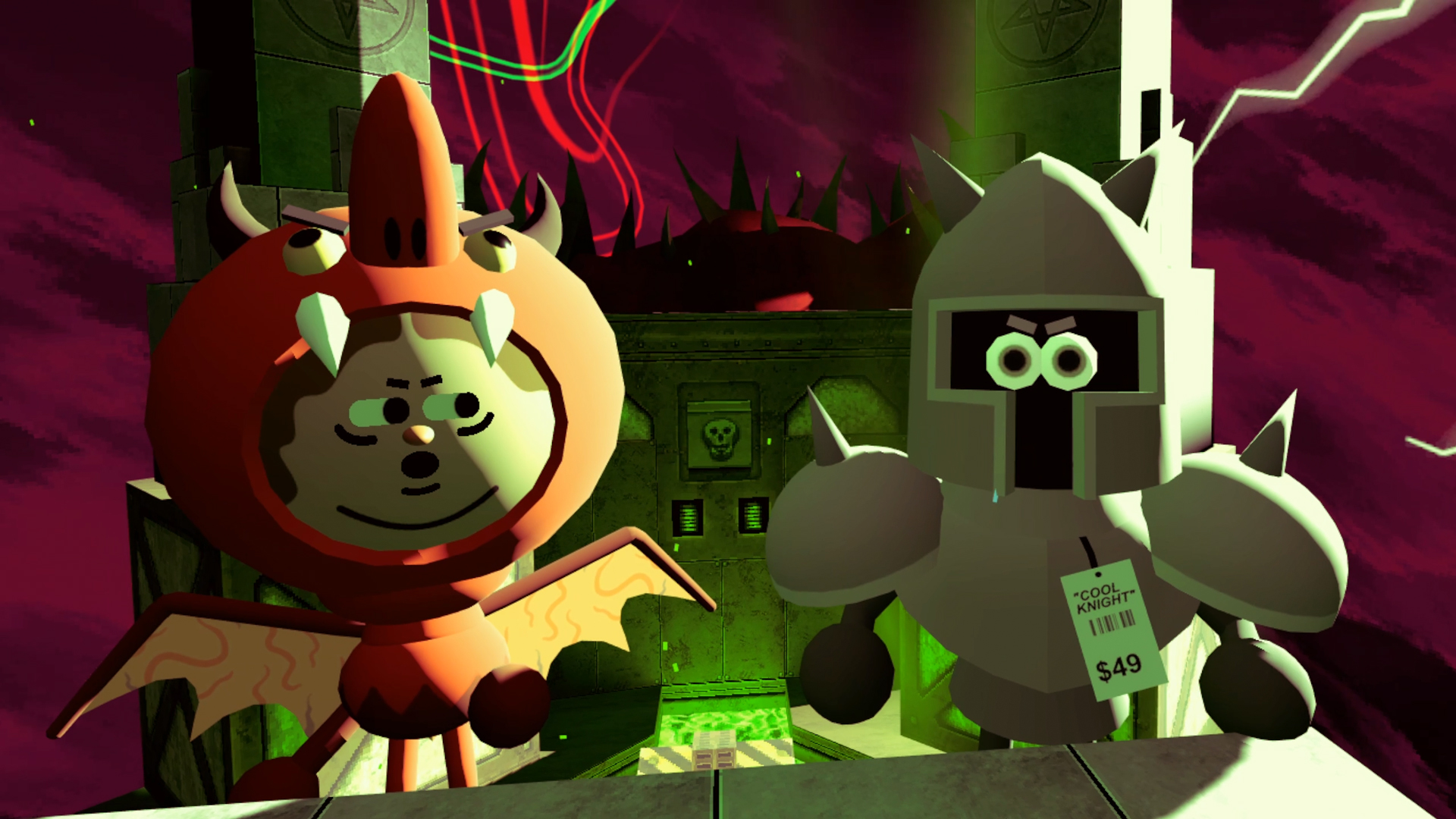 Final Verdict – aka the whole article for you TLDR’ers

So, overall, Is it worth the $11.99?
Probably not, but you’ll likely buy it anyway if you’ve played Accounting(non-plus) and like it. Its purchase is dubious at best compared to other games on Steam around the same cost, yet I still gave it a “Save” rating, and continue to boot it up occasionally. Honestly most of the people who buy this game will feel the same way. Why? well..

Accounting VR was a free VR game from the makers of Rick and Morty VR, and Accounting+ is a slightly larger “paid for” game containing 65-80% of the same content as the free version. Just like the last game I reviewed (Cave Digger), its really up to you to buy the “DLC” and get the extra content.

Its strange because I truly enjoyed the experience in spite of the extreme level of odd, mashed up ideas that do not in any way fit together… at all.
They felt kind of haphazard and sloppy. Nothing made sense, and there was BARELY a common theme or story. Yet I kept playing, and playing, and playing…

Accounting is similar to a Warioware game; nothing really goes together and yet still makes a whole game in some strange way. I would guess if you aren’t completely offended by the demo release and had a good time, you will want the expanded experience. if you download the demo and are aghast and withdraw, hurry and run away.

If you wish to purchase the game, you can do so here:
Accounting+ Steam page