SINNER: Sacrifice for Redemption is one of the first few exclusives to hit the Discord Store, but is it good enough to warrant players to jump on a new storefront?

Ever since Dark Souls rose in popularity and drew millions of fans across the globe, there have been numerous attempts in recreating not only the same sense of sheer epic fights and thoughtful combat but also the same sense of dread and gloominess that is so prevalent throughout the series. Many have tried, many have failed, some have succeeded in standing out from the rest of the crowd in their own way. However, one thing that always felt like an untapped potential for me was the actual boss fights. 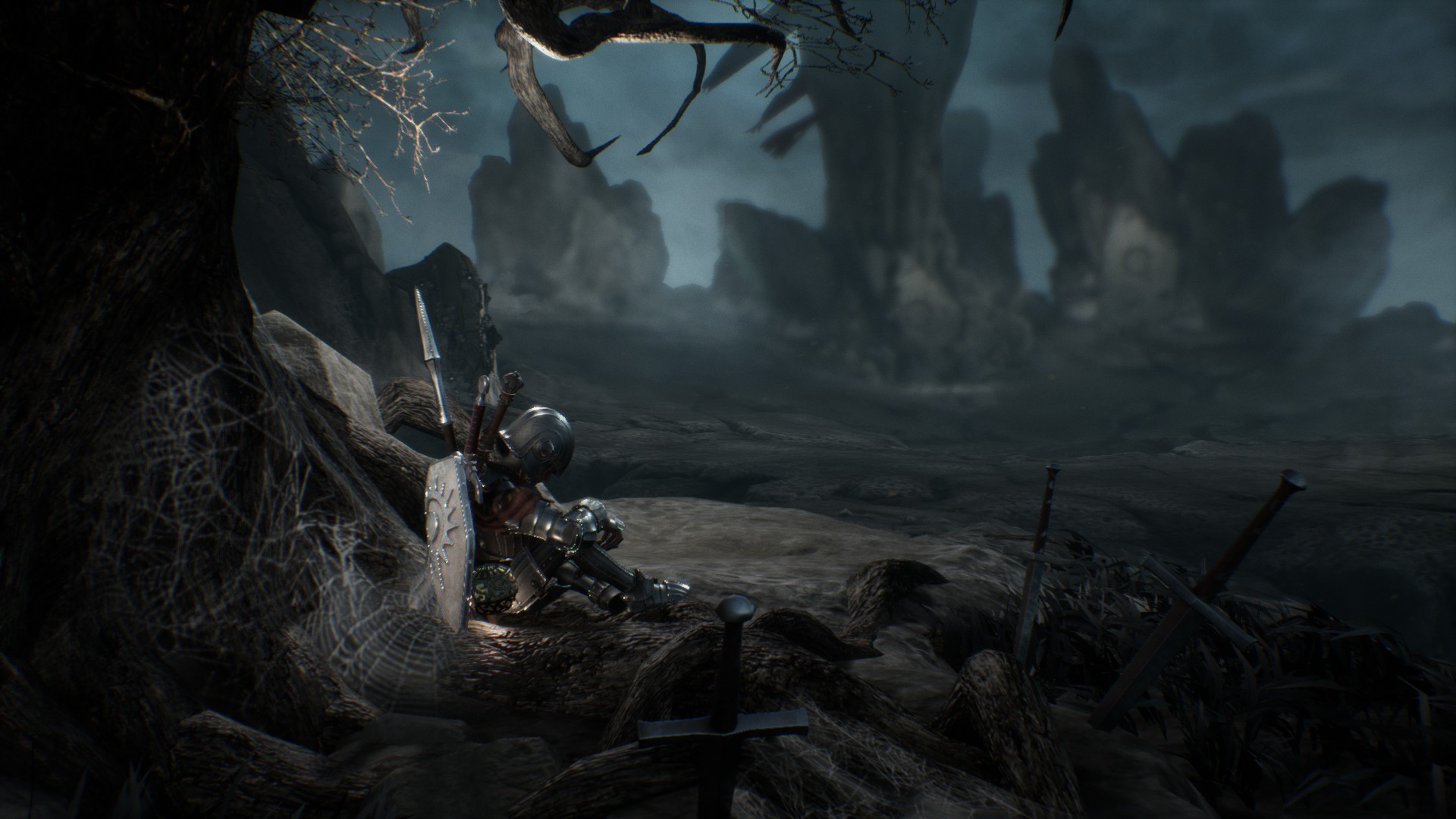 Some people like to play these games for these huge fights that bosses entail, while many others love going through and learning more about the world in which these games take place. With that said, would a game that featured only boss fights even have the slightest of chances in being successful? Well, there have been at least two to do such a thing, Titan Souls and Furi, and now we have SINNER: Sacrifice for Redemption, which seeks to do just the same thing but also brings a few twists into the mixture.

While I find the overall look and setting of the game to be rather ominous and intriguing, sadly there’s not much for the player to discover. Narrative exposition is pretty barebones, as the story is pretty vague and without much depth, but then again, this is a boss rush game after all, so I guess you can’t really expect it to hit all the marks. Still, it’s a missed opportunity. The only pieces of narrative that the game exhibits in order to provide some context as to what is going on are these really short cutscenes with hand-drawn art before you face each of the bosses, as well as a few lines of dialogue here and there. 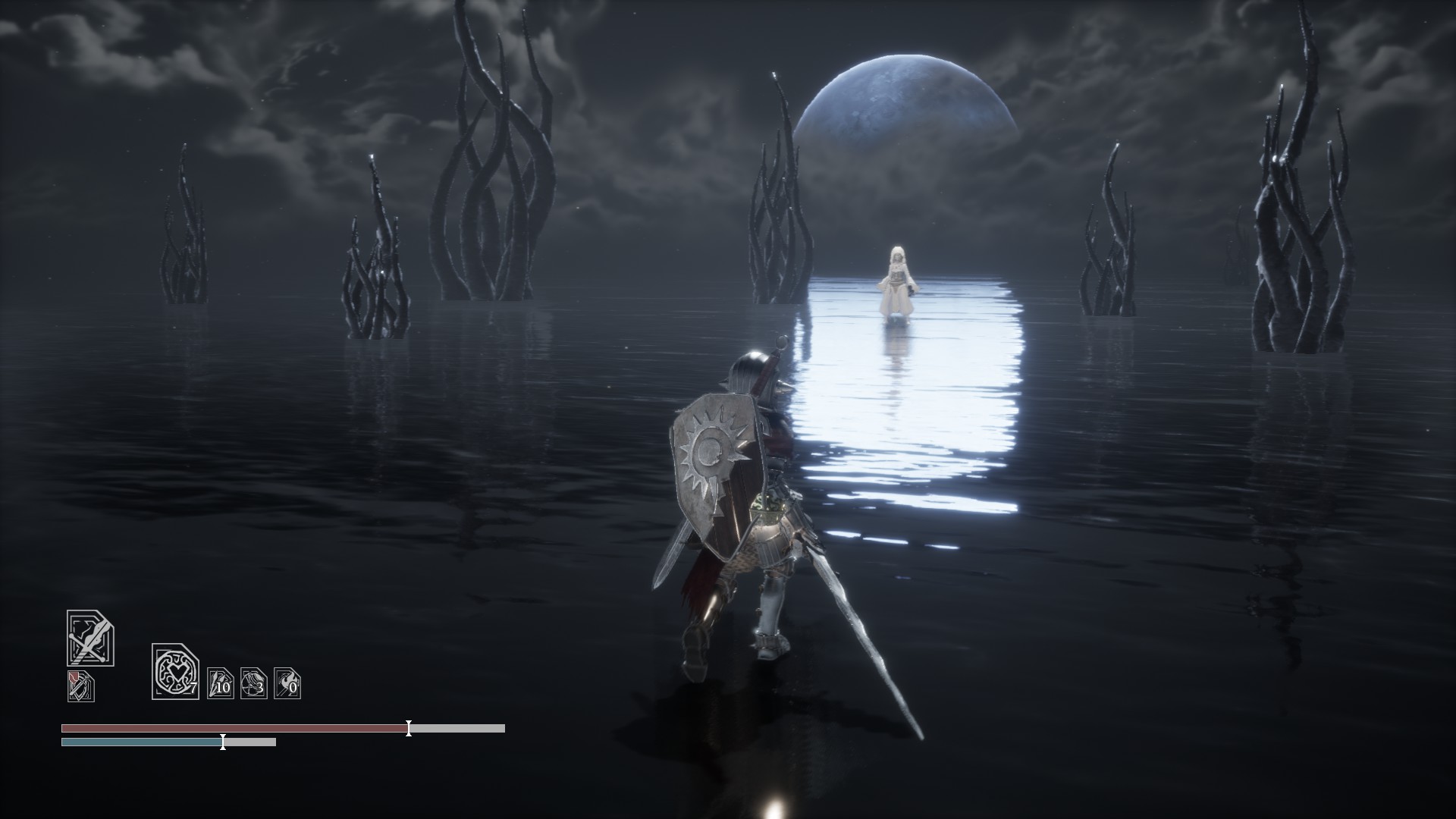 Everything that I’ve managed to gather is that you’ve somehow lost your memory after you arrive on a strange land to atone for your sins. In order to do so, you must face seven different bosses, with each of them being the embodiment of one of the deadly sins, after which you will face one last final boss. The thing that is unique about SINNER is that, in order to “unlock” a boss fight, you must perform a sacrifice, but you can also take that sacrifice back if you decide that you want to try another boss first. For example, in order to face a particular boss, you will have to lose a significant portion of your health and stamina, another makes it so that your shield can actually break, while another boss makes you deal less damage overall.

Thankfully, you’re free to have a go at the bosses in any order you may choose, so you can test the waters with each of the bosses and choose which one you’d rather take on first. This makes it so that the game gets progressively harder and harder the further you’re into it, but I believe that there might be some strategy in defeating the bosses in a specific order, as some are easier to deal with than others under certain conditions, but also depending on how good you are obviously. Still, while I must admit that at first I was somewhat intimidated by the game and the bosses, as I quickly made my way through the first few bosses, I realized that the sacrifices that you make are not that big of a deal once you finally become one with your character and once you learn the numerous attack patterns of each boss fight. 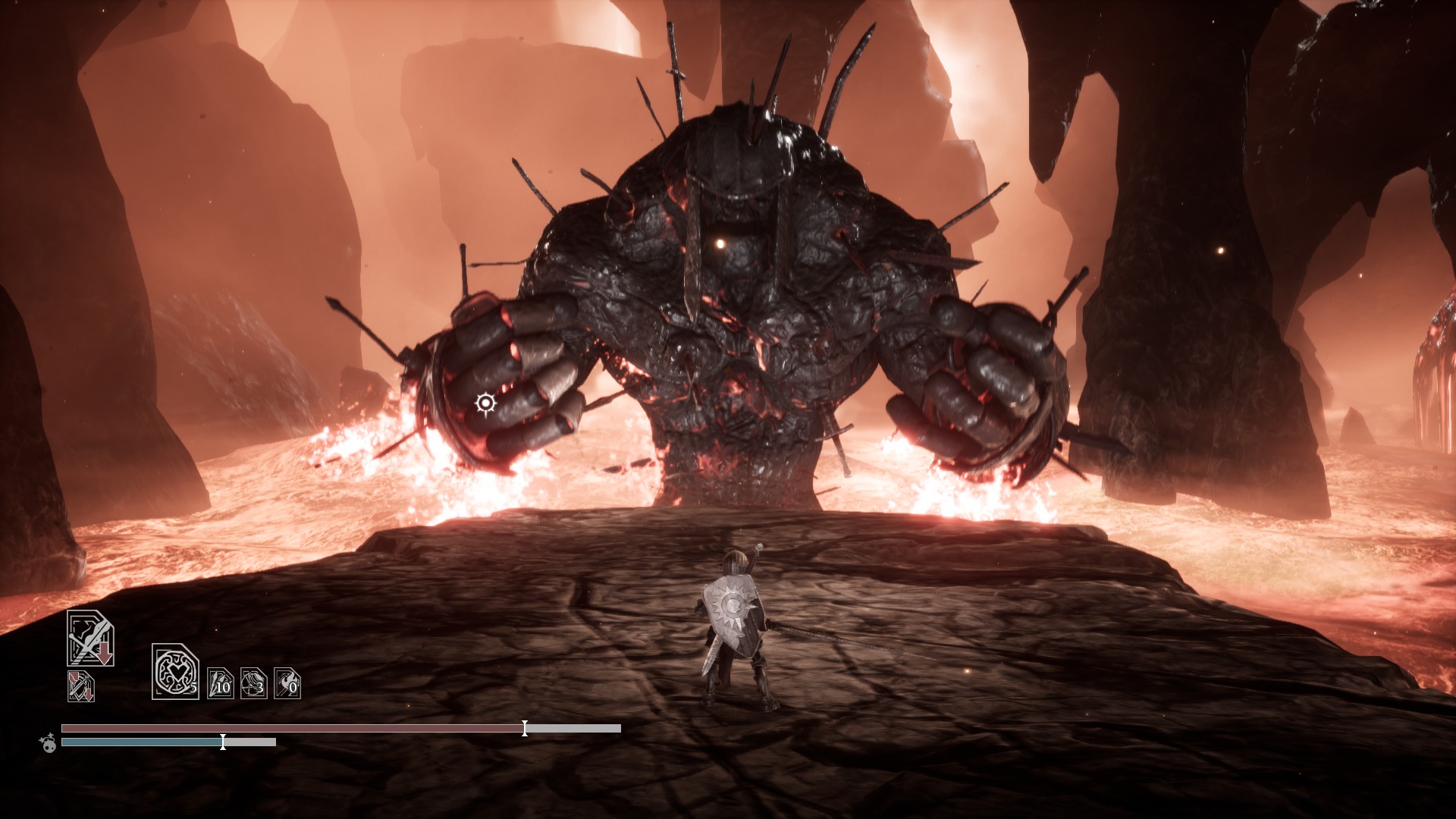 Each boss is unique, not only in terms of aesthetics and theme of the arena but also in terms of the different array of attacks and abilities that they possess and can use against you. From a dancing lady that will throw all sorts of blades in your general direction and attempt to electrify you, to a monster that shatters an icy landscape and attempts to devour you whole. Bosses have a series of melee and ranged abilities that they’ll use depending on your position, but also depending on the phase they’re at. Usually, the lower the health of the boss, the more aggressive he is, and they tend to switch their arsenal once you’ve chopped off about half of their health.

However, even if you manage to carefully manage your stamina and keep on dodging enemy attacks and exploiting windows of opportunity to strike your enemies down, some bosses can completely ruin your run if they manage to hit you one or two times with some specific abilities. Not all is grim though, as after each boss fight you recover all your used items (health potions, javelins, bombs, etc), and your health pool also increases a little bit, as a reward for your efforts and to compensate your sacrifice. The game has no loot system, all you have as main weapons are a sword and a shield, and a longsword. That’s it. I personally only really used the longsword, as you can still parry just as effectively as with the shield, and while it’s considerably slower than the other combo, it deals more damage. Your mileage may vary though. 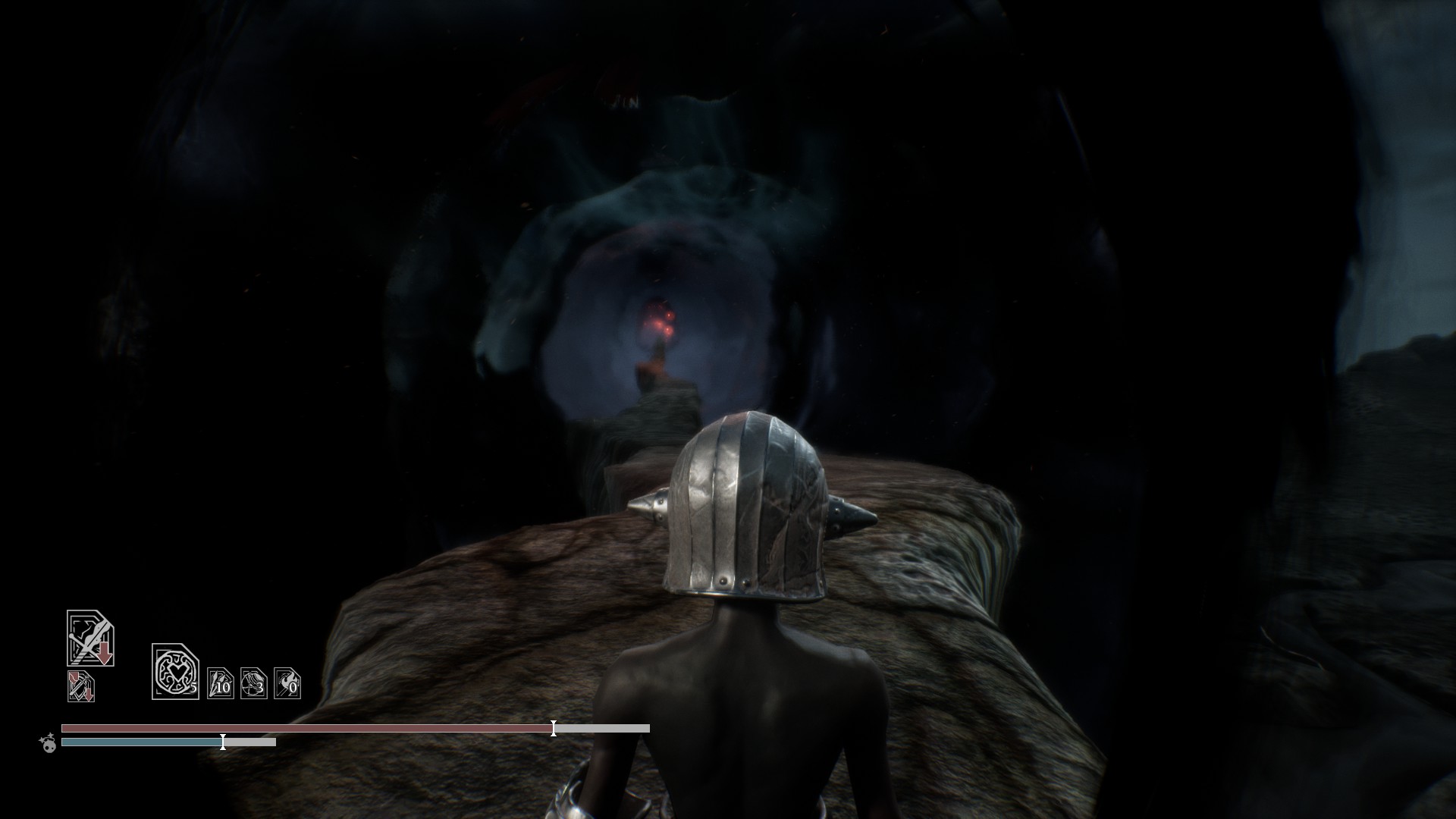 The time that takes to beat the game will vary from person to person, but I have beaten most bosses on either my first or second attempt, while a couple has taken me a few tries. With that said, I managed to beat the game in just a little over three hours. Some people might even make their way through all the bosses in about two hours if they’re good enough. Obviously, others might easily sink a lot more time in just trying to learn the ins and outs of each boss.

Ultimately, SINNER: Sacrifice for Redemption is not a bad game by any stretch of the imagination, it’s just that it might not offer enough content for a lot of people. The boss design is pretty good, learning your way around each fight and finding and exploiting an enemy’s weakness is satisfying, but in the end it all results in a pretty short experience. In just under two and a half hours, I had already beaten six of the game’s seven initial bosses so you can see the sort of playtime that you should expect from SINNER. With that in mind, and even though I really enjoyed my time with the game, I don’t think it’s worth the asking price. If I were to describe it on one word, it would be underwhelming, just like the game’s very own last boss.