Step into the shoes of the faceless and try your strength at the seven trials of the polygod’s deities. Randomly generated mazes and brutal difficulty curve is the only thing that’s promised to be certain.

I’m always up for a good roque-lite! Even though it frustrates when losing a good build (especially when it’s my own stupid mistake that costs so much…) it’s still surprisingly fun time after time. Most likely this is because I love the feeling of success when finally beating a run without dying, it compensates for all the failures, even if the success ratio is 1 to 50, it’s usually still fun. How about Polygod? Is this a brutal, yet a fun game?

One of the things that stood out to me immediately when I started the first stage was the strange graphical style. It’s clearly inspired by Giorgio de Chirico. You may not know the name, but his works are recognizable (google him if the name doesn’t ring a bell). There are some great looking levels on the way to the final boss, but the first one… I wouldn’t have chosen it to show to the player right away. It’s plain and very simple, to the point that even my girlfriend asked “this looks like some very early access indie-game that needs a lot of finishing”. It’s perfectly in line with the rest of the graphical style, but as a first impression it hits the player right in the face. Some might find it good, I personally didn’t as it felt too simplified and reminded me of the shooters I played back in the 90’s. Those empty hallways with bleak, almost one-colored walls everywhere. Yes, I’m that old that I played Blake Stone and Wolfenstein 3D back in the day.. 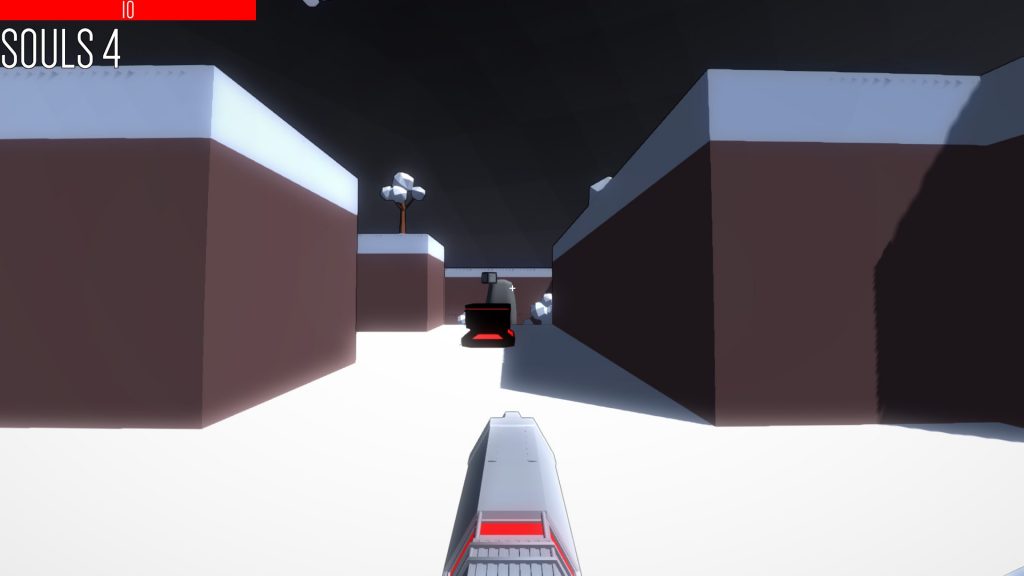 Later on the graphical style is great to look at and contributes to the overall feel of the game, making it stand out from many other rogue-lites I’ve played. This is especially so on the middle-eastern themed level. For example, that level features stairways to the roofs of tall buildings where I could see the whole level right before my eyes. That Surreal middle-eastern town was a pleasure to look at and was the most clear sign of Giorgio’s influences. I would have gladly enjoyed seeing more of that kind of variety in levels. The setting in levels 1 and 3 looked the same as did with 2 and 5, just with a slight variation. But then again, being a bullet-hell rogue-lite there isn’t really much time to even admire the scenery anyway if it’s played how it’s meant to be played. 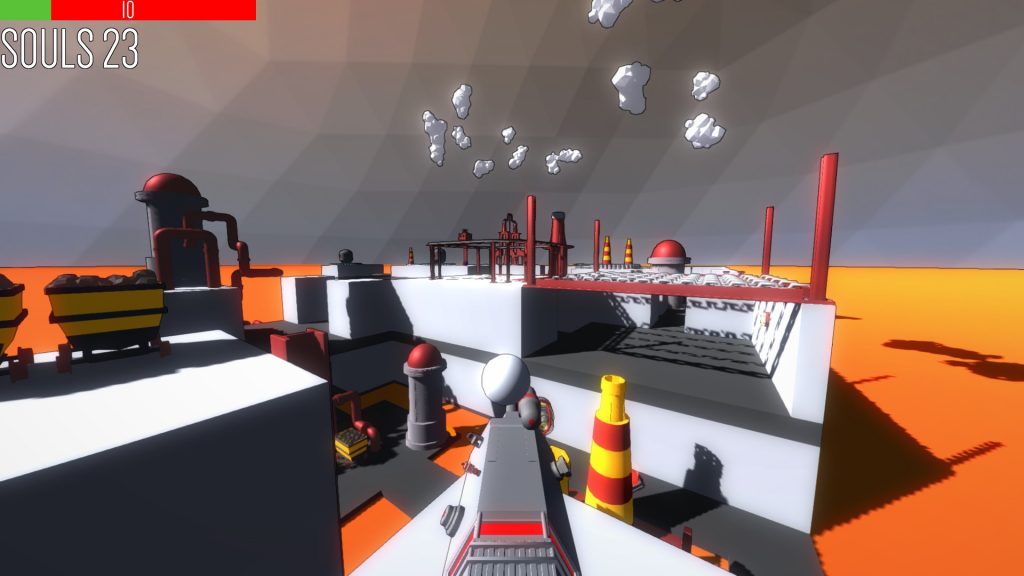 The trials of gods

The levels are pretty fast and short. I’m not a seasoned player in bullet-hell games so my runs were a bit slower than they should be. I represent the majority of the players and bullet hell games take a lot of skill, practice, and fast reflexes. The bullet hell phase really begins after the third level and that’s were the difficulty also jumps noticeably to the point that it was challenging to find a proper build. It seemed I was always seriously lacking either damage or health. The enemies were bullet sponges or I was too squishy, but either way the game wasn’t fun anymore. In addition to lacking either one, enemies often faded into the background so that I couldn’t see them clearly anymore and I was prone to surprise attacks which resulted in death. I wouldn’t call this brutally hard, I’d say it’s unbalanced. 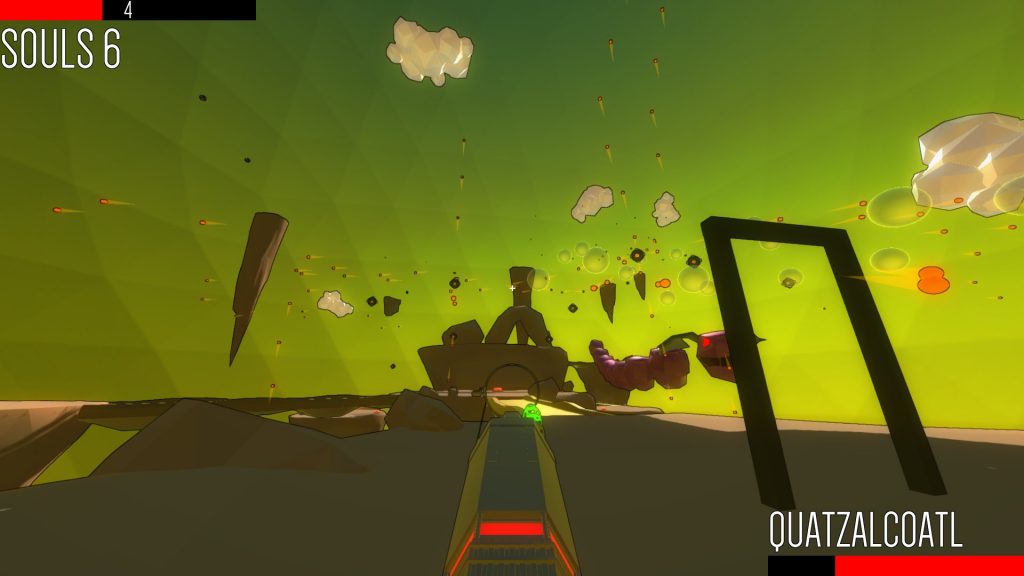 Another important aspect for this roque-lite are the skills, or blessings as they’re presented here. Paid with the currency of the game, souls of the slain enemies, there is a good selection available for attacking and changing the players stats. But the jump in the difficulty ultimately favors damage and doing a sniper build seems to be the only viable build since there aren’t enough souls to concentrate enough on both health and damage. I tried a few different combinations and even if I moved fast and survived a bit longer in the bullet rain, the enemies took a long time to kill. A sniper rogue-lite isn’t the most enjoyable roque-lite.

I previously mentioned that I’m a pretty mediocre player in this genre, so maybe my skills just weren’t up to the task, but everything else other than damage made my runs quite boring and slow. Jumping around like crazy and getting a few hits amidst all the dodging wasn’t fun either. It felt time consuming and I didn’t have the feeling I was progressing anywhere. There are unlockable characters with different starting skills and stats so that changes the tactics a bit and evens the odds, but the underlying problem always stays there. 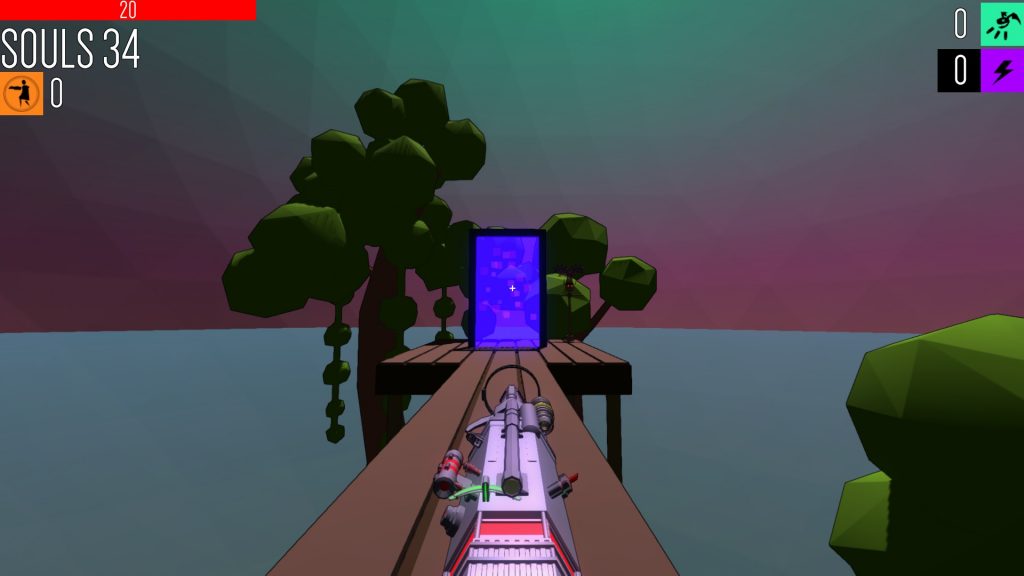 The game feels more unbalanced than brutally hard as I repeatedly went through the easy first levels before I could again practice the harder ones, making the game more of a chore than anything. For the first three levels I was hopeful, and I just when I was thinking I had a good build, I was suddenly crushed. The repetition became more pronouced on the fifth level, when I just got bored with the sniping and charged towards the enemies. Fans of bullet hell games might enjoy this, but to my knowledge that is a genre that has a smaller fanbase. There are a lot more rogue-lite games that stay fun and feel fair even after multiple deaths. With some balancing, this game would be accessible to a bigger audience but still retain some challenge. It’s time to PAUSE this game and move on. While Polygod is not anything groundbreaking, it does provide a half-decent rogue-lite/bullet-hell mashup.