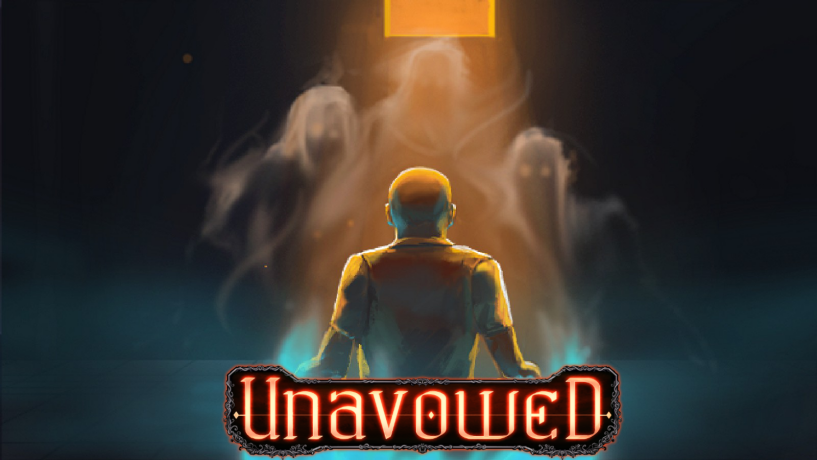 What did my demon do this time?!?

It’s just a normal, rainy day in New York City…or that is what it should have been. Not only are you getting soaked on a rooftop, but you’re being restrained as a man seems to be reciting something and occasionally hitting you with lightning. There’s no time to ask what landed you in this position since it soon becomes apparent that a demon is currently sharing a body with you. It seems that to get this demon out, you need to remember who you are. Doubling as establishing your backstory, you remember your name, gender, and lastly your origin story (or your occupation). This brings you out of the demon’s clutches and throws you right into a flashback to the very day your life turned upside down. 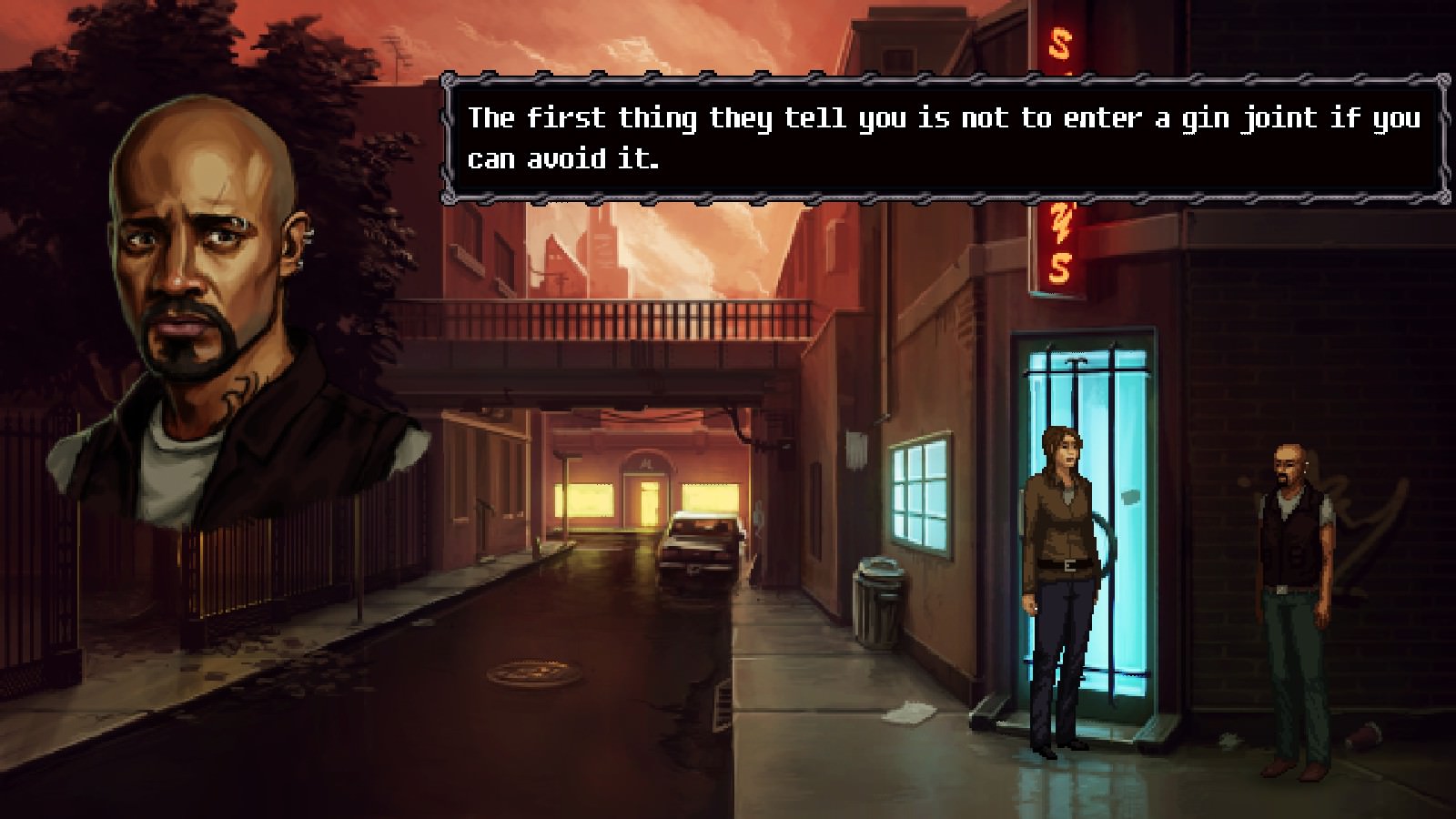 Depending on what you pick as your origin, you’ll be put into three different scenario flashbacks from a year ago. You could have been a bartender who has the ability to get almost anyone to pour out their troubles to you, but one day you’re friend’s drunk brother won’t get out of the bar’s bathroom. Or perhaps you were an actor who was a week away before opening night, but the script writer suddenly decided to rewrite the whole script. Or were you a police officer who was out with your partner to investigate a disturbance at a club and the other officer who has been acting suspicious lately. Either way, you see how you got possessed and everything takes a jaw-dropping dark turn. Everything after that is shrouded in mystery. 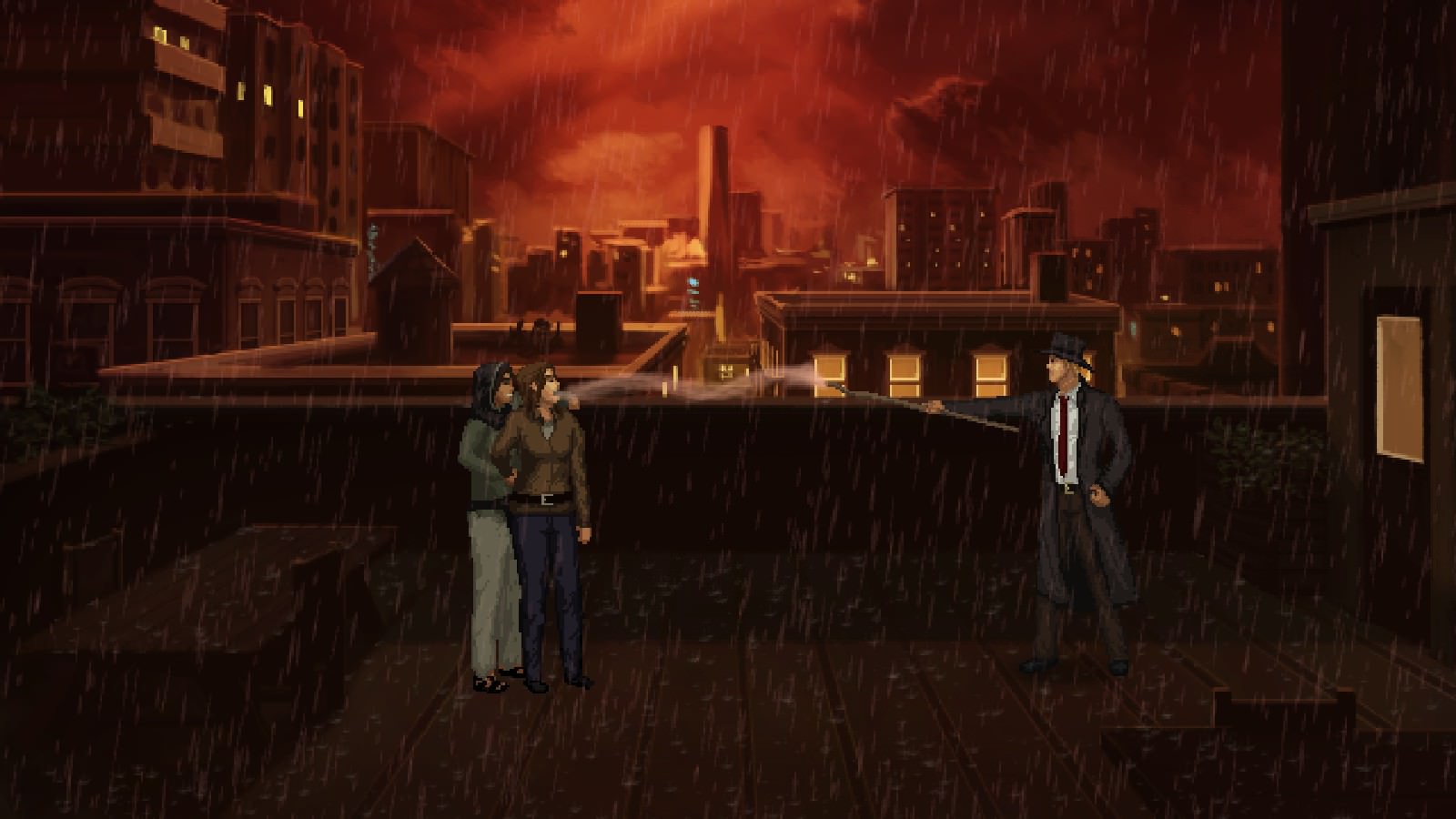 Fortunately, this was enough for the demon to be exorcised and your body is once again yours, you learn that man who was performing it is Eli, the Fire Mage, and the woman who was restraining you is Mandana, a half-Jinn who wields a sword. They’re part of a group called the Unavowed whose job is to keep an eye on supernatural happenings and make sure normal humans, or mundanes, don’t get harmed. As you can’t exactly go back to your old life, the demon took that away from you, the only thing you can do is join and help find out what the hell your demon was doing in the year it had control of your body. Though, you won’t be the new member for long. As soon as you’ll run across Logan, a bestower accompanied by his spirit guide KayKay, and Vicki who used to be a police officer you have some friends to kick around. 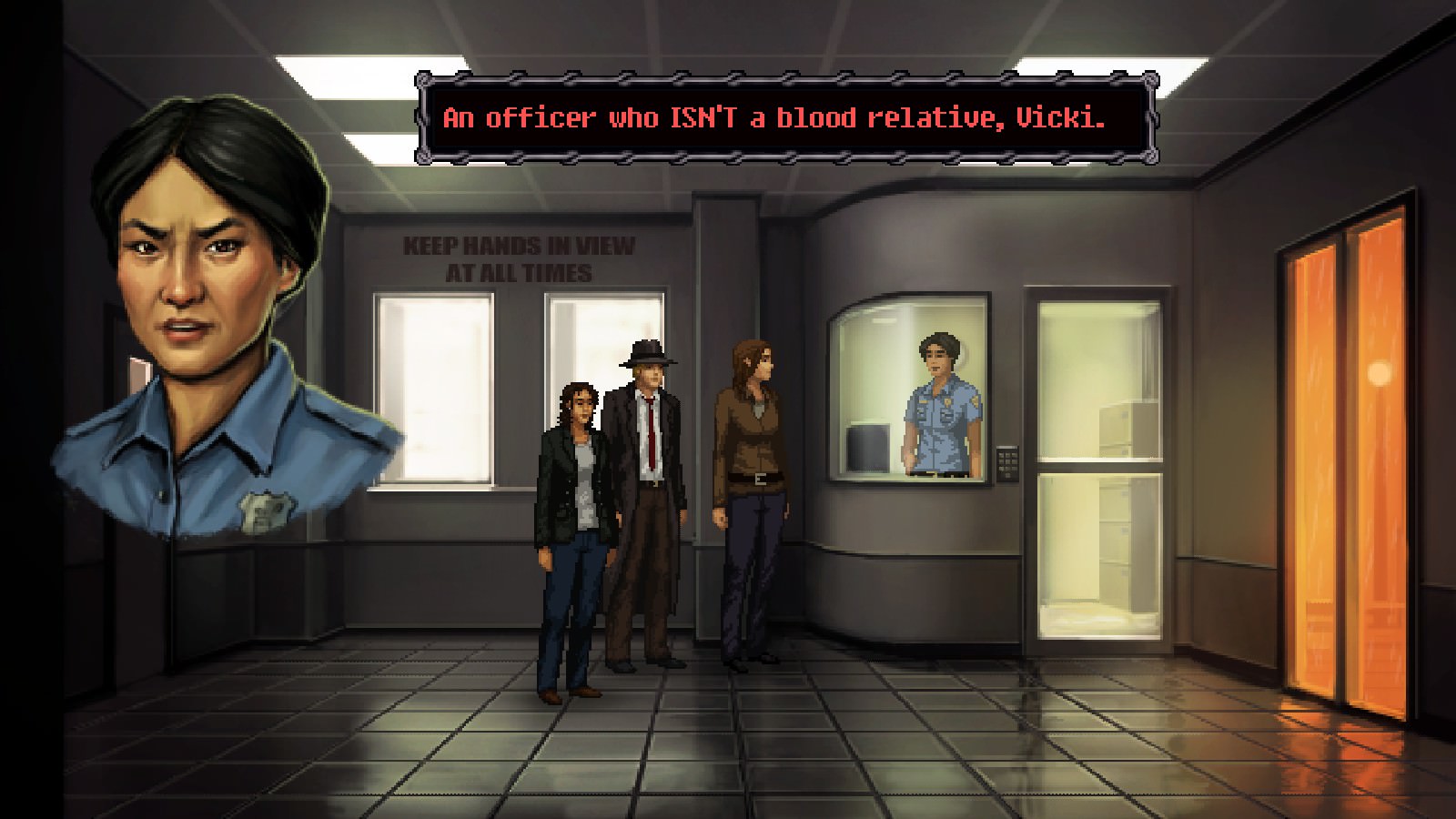 In the search to find out what your demon was doing, you’ll go out on various missions in areas that your demon visited. Beforehand, you get to pick two companions to come along with you, but one of them have to be either Eli or Mandana. Depending on who comes along, the mission can progress differently. Eli has his fire abilities, Mandana has her sword and strength, Logan can talk to ghosts, and Vicki has her gun and connections to people that can get them to talk. So, for example, bringing Eli along will let you fire read papers that were burned, while having Logan can let you talk to that ghost over there to get the same information (though you still have to figure out who that ghost was before you can do it). There’s no wrong combination here as each puzzle can be solved no matter what; you just have the hard decision of who to take along. 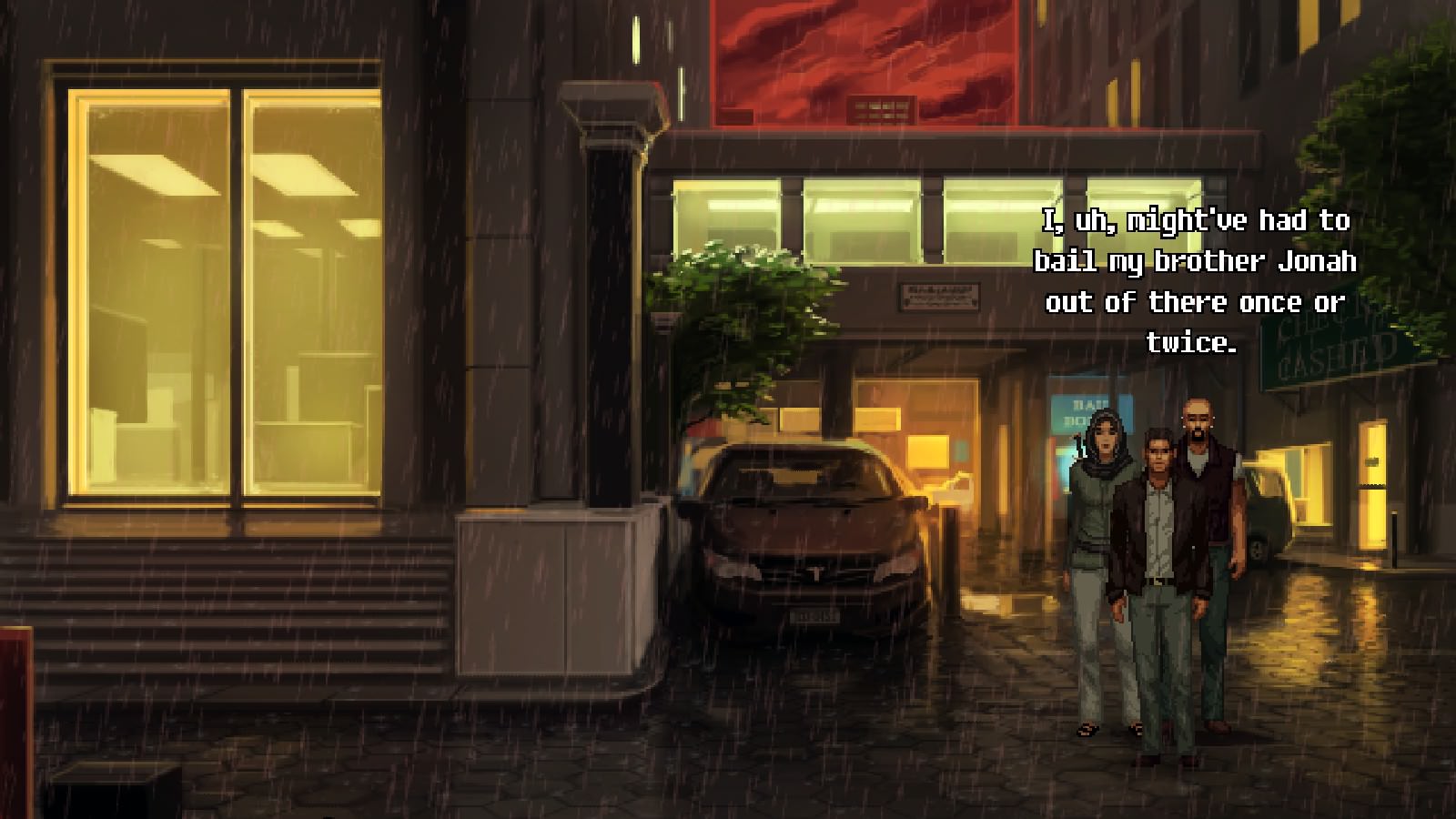 Not only will companions have an effect on how you’ll progress through missions, but also the conversations you’ll hear. This has to be my favorite aspect of Unavowed as while you’re exploring they’ll talk to each other and ask questions to get the other’s input. You’ll get different viewpoints on the boroughs you’re visiting with some somehat esoteric subjects like Mandana will remember what it was like hundreds of years ago while Eli will bring up his family. What they think of your in-game choices will change things towards the end of each mission. The choices you make won’t have a right or wrong answer, just what you think is right and while some teammates won’t agree, they will still trust you. Conversations with mundanes will also go differently, which will be more noticeable in Vicki’s case. Not only will conversations bring out what different companion combos change, but you’re origin story will change them as well. You’ll get special dialogue choices that correspond with your origin. So, being a bartender can get people to open up to you, being an actor will have you be good at deceiving others, and being a police officer will let you use your background (and old badge) to get more information. With all this, it certainly begs to be replayed multiple times. 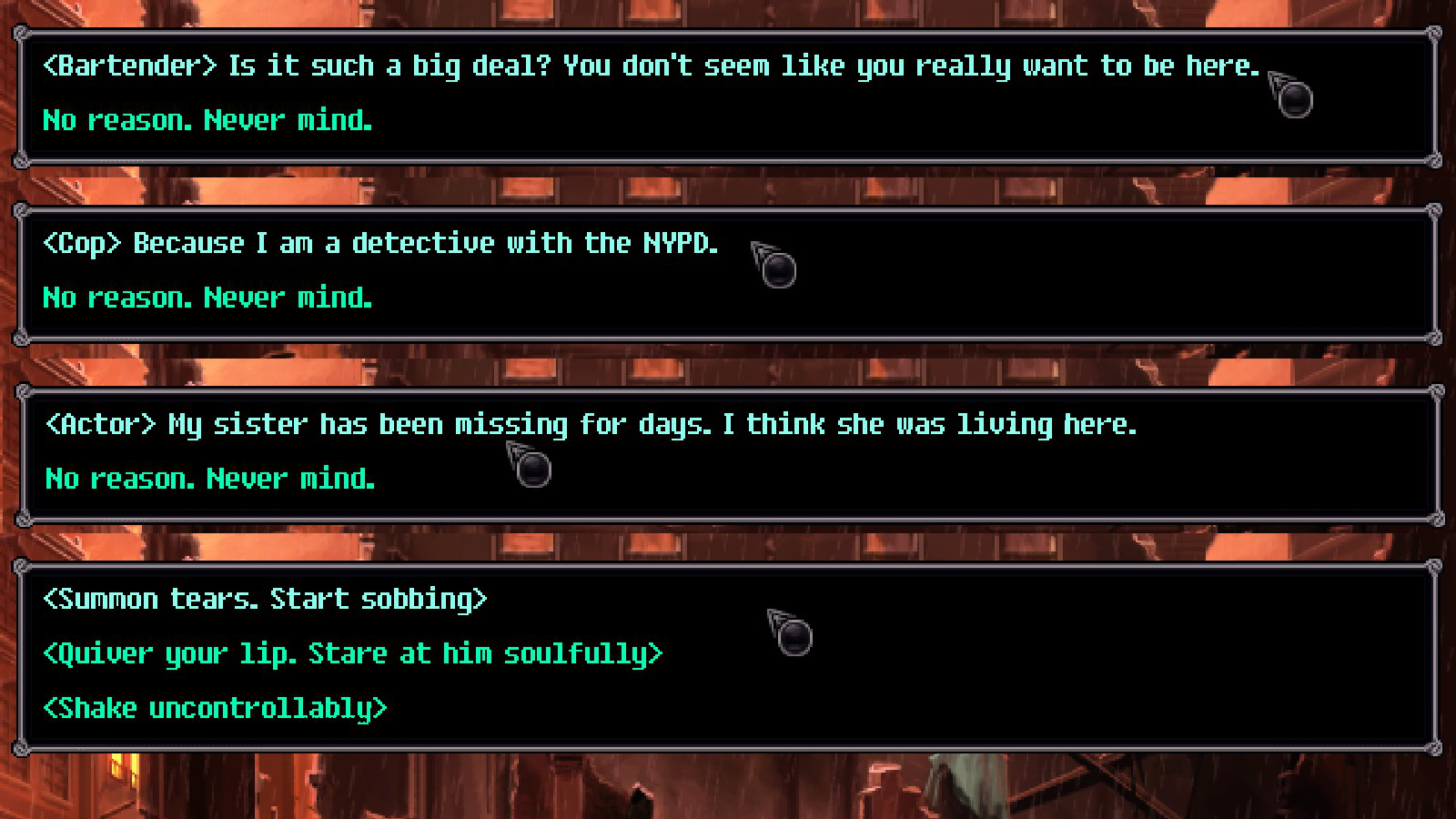 The puzzles you will come across here are all easy to work out. This isn’t a complaint on my end (though I do see how it can be for others) as nothing is worse than the story having to stop because a certain puzzle is too hard to figure out. There’s enough information for you to figure it out and they’re all logical. The most you’ll get stuck on is if you forget the abilities your companions have or that the hint for it isn’t that good (which only happens once or twice). If you do need some help or a push to where you need to go, you can ask your companions.

When looking at the options menu, you might notice that there is an option to turn on commentary. While I’m one to listen to commentary tracks, especially in the background while I’m doing other things, I’m not one to talk about them. However, the commentary for Unavowed is great. It was interesting hearing about the choices behind the many aspects of the game, different inspirations they might have had, what Unavowed was like before the final draft and why it didn’t work out. You also learn about how they made certain things work, and so on with the developer (Dave Gilbert) and art director (Ben Chandler) commentary and there are also bloopers scattered around that are absolutely hilarious.

Even if you’re not that into listening to commentary tracks, and just want the achievement associated with it, you can easily skip through it all. 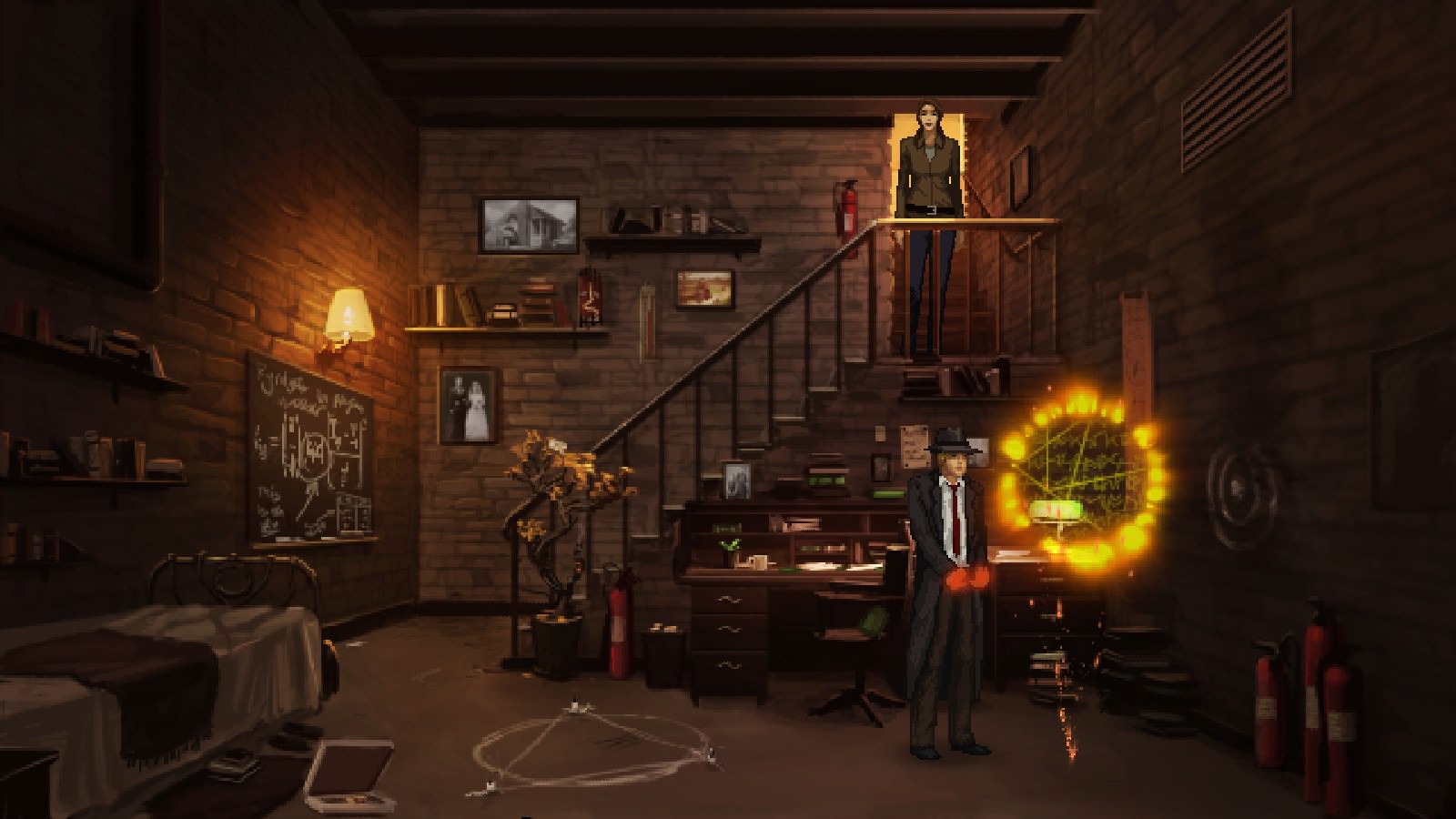 I really enjoyed Unavowed and honestly had to stop myself from finishing it all in one day. After finishing my first playthrough, I just had to see how it changed when picking different companions and different origin stories while also seeing the other endings (four in all) and what different choices result in. Even if you don’t want to replay it all, I do suggest to at least see all the origin stories at the beginning and the different endings. I loved all the characters (Logan and KayKay especially, their relationship was so wholesome) and I’m sad to leave them. Despite some flaws it does have, it’s overshadowed by the beautiful pixel art, jazzy soundtrack, great writing and story that makes Unavowed amazing. This is definitely a must have for the point and click fans out there.