The Yakuza series, known in Japan asRyu Ga Gotoku, has finally arrived to PC with a port of the 2016 prequelYakuza 0. Between the melodrama of the game’s main story and the crazy, over-the-top side content present in the series, Yakuza 0 never forgets to remind you that through all of its lengthy, well-acted cutscenes, it’s a video game, and it’s a great one at that. 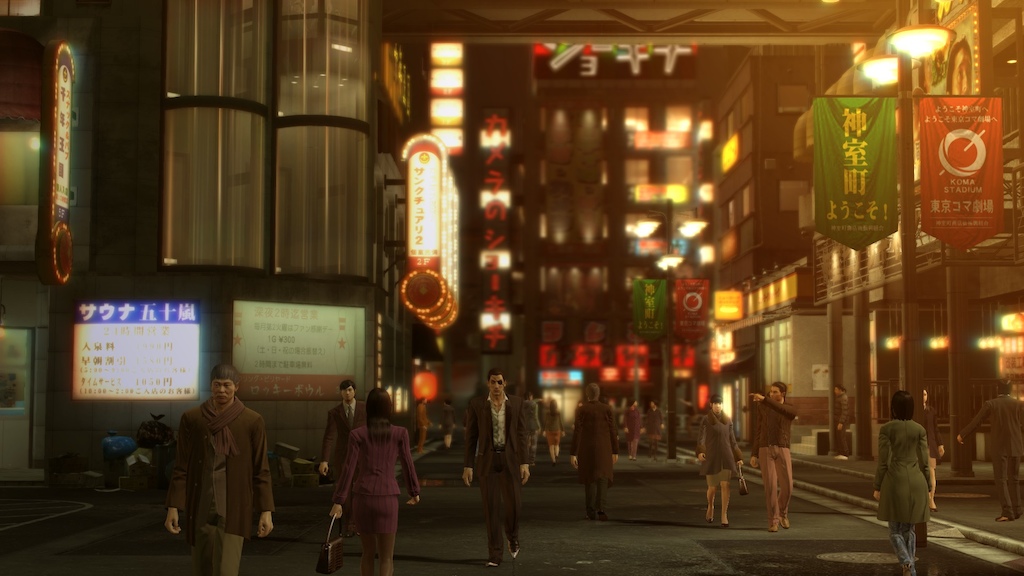 Yakuza 0 takes place years before the events of the mainline series, this time allowing you to control both Kazuma Kiryu and Goro Majima. Both of their stories start separately, with Kiryu becoming framed for a murder occurring in the Empty Lot, a small plot of land that entire clans are fighting for in order to gain complete control. Meanwhile, Goro Majima is ordered to kill a target if he’s to regain his position as a Yakuza within the Tojo Clan. However, as the story progresses, plot elements from both of their journeys begin to line up to the point where the main cast ends up all looking for the same thing. Entire revelations in Majima’s storyline completely recontextualize Kiryu’s storyline and vice versa. It’s all expertly paced together, like a good TV drama, with intense action and drama closing out every chapter and constant revelations and gut punches being thrown to keep the story staying strong. Playing through the story was like watching an insanely good Japanese live-action drama, a kind of experience you really can’t find elsewhere in other games. 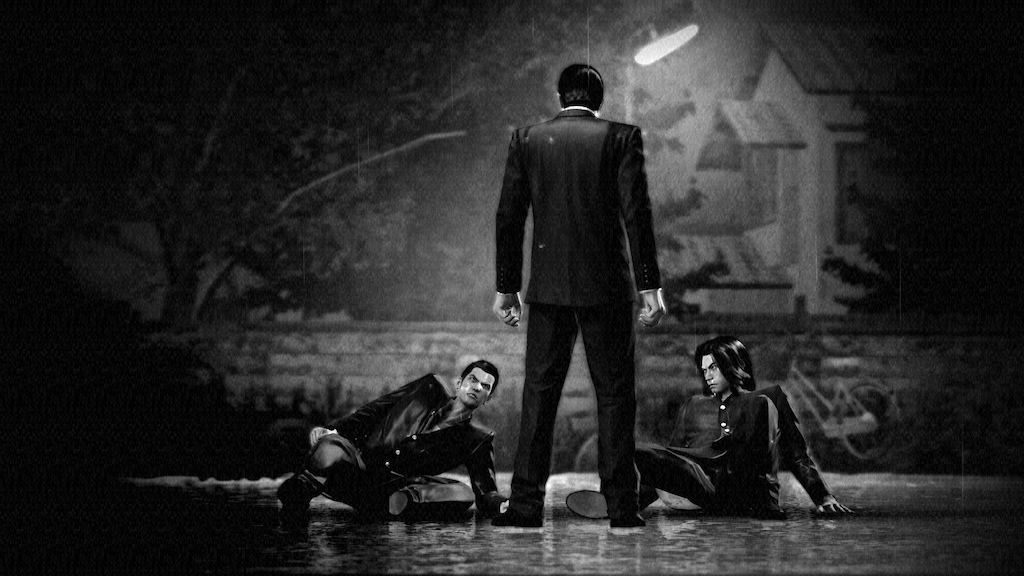 The game’s presentation is generally good, especially for what is currently priced at $20 on both PSN and Steam, but it often shifts in polish. The game has three different types of cutscenes, including full, well-directed CGI cutscenes, in-game cutscenes, and a weird Bayonetta-esque type of cutscene where no one’s mouths are moving and there’s limited animation in each shot. Don’t get me wrong, while I wish a lot of the cutscenes stayed consistent in terms of format, they still try to make the most with it. The music and voice clips in the game seem to sound muffled during combat, which sucks, because the music in a lot of the game’s battles is absolutely outstanding, while the rest of the game notably demonstrates the superb voice work done by all of the voice actors. Yakuza 0 is, for sure, a budget title, but one where they really poured their all in it. It’s this level of passion that really makes the game exotic and fun, despite all of its weird quirks and gameplay issues (we’ll get to that later). 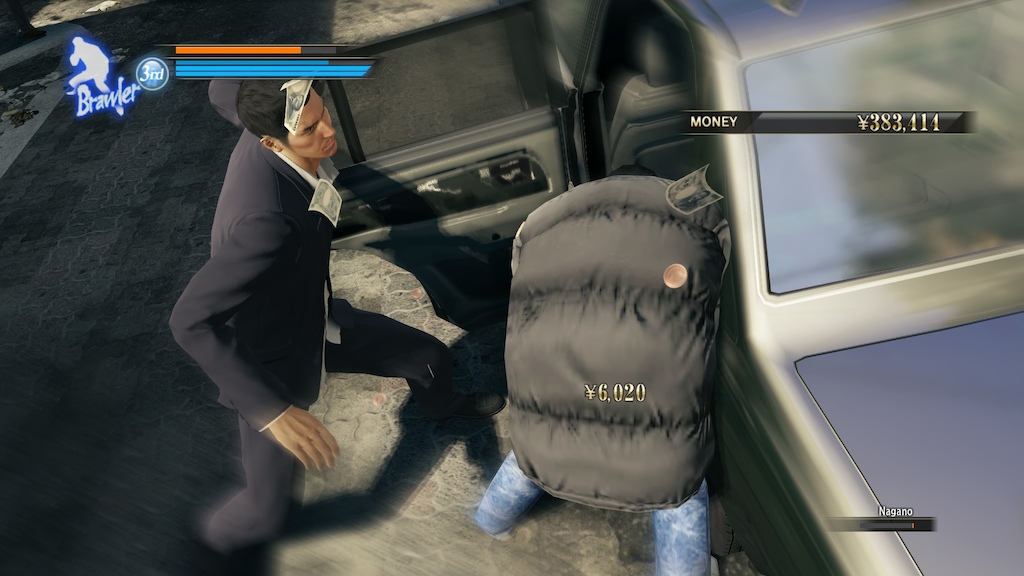 The Play in Drama

Yakuza 0 plays in a fashion not unlike a modern, 3D take on games like River City Ransom. From the brutal over-the-top combat to the open world and the upgrading systems, Yakuza 0 really lives as a spiritual successor to that subgenre. Both Kiryu and Majima have powerful move sets (with each of them having 3 different styles of combat) that can be upgraded with the cash you get from literally punching them out of the many goons you fight in the game, on top of using various environmental interactions and the game’s heat moves, gruesome, cinematically shot attacks that are your main source of delivering huge amounts of damage to the enemies in the game through its own separate meter.

This same money can additionally be used to buy items and access several side-activities in the game, although you get so much money from beating random people in the street that the only expensive items in the game are weapons that break after a handful of combos. Money acts more like XP for these abilities, as most of the time you’re really not going to be breaking the bank for items or restoring your health (since your health can only be restored through food/items). You’ll only need to do one or two random fights before you have enough to stock your inventory with items that’ll boost your health to max. This made a lot of fights, despite playing on the Hard difficulty, not as difficult as it should be, since you can freely use items or swap between weapons during fights. 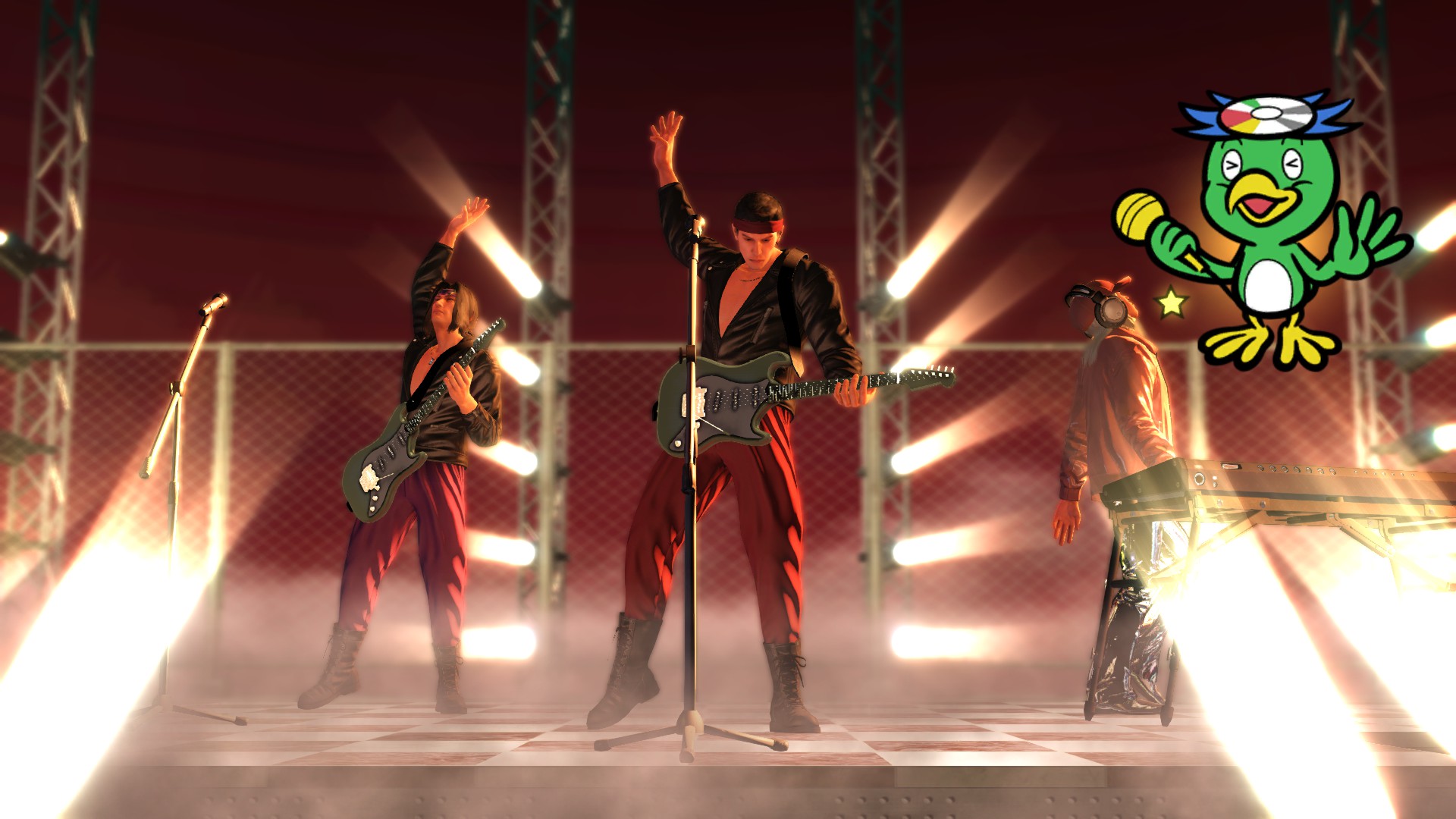 Combat isn’t the only thing Yakuza 0 has going for it. Outside all of the fighting and the lengthy story sequences, there’s a whole range of minigames, stores, and side quests (labeled as side stories in the game) for you to participate in. Both of the game’s cities, Kamurocho and Sotenbori (both inspired by similar, real-life counterparts of various districts in Tokyo) may not be large, but they’re dense to the point of some of the areas in the map feeling claustrophobic. Despite their sheer density, there’s almost a realization of passion that you can see in the many, albeit fictional, encounters you have with the many side characters in the game.

The game’s side stories are often the most brought up aspect of the later Yakuza games, and for good reason: They’re all awkward, hilarious, but most of all, heartwarming. Most of the side stories often cap off with sappy music and the characters all having learned a cheesy lesson, and despite all playing out as random fetch (or beat-em-up) quests or long cutscenes with dialogue choices, I never once groaned when I ran across one as I was rushing to get to the next exciting part of the game’s main story. Both the excellent, zany combat and the fun joyride that is the game’s depiction of Japan, really hone in on the fact that its core, Yakuza 0 is a video game first and foremost. There’s still a lot you can do in the game after a 30-hour long playthrough of the main story, and that is amazing value for what is being released as a $20 game. Beyond slight, almost useless to note nitpicks, the game is just simply a lot of fun, permitted you’re willing to sit through and read a lot of dialogue. 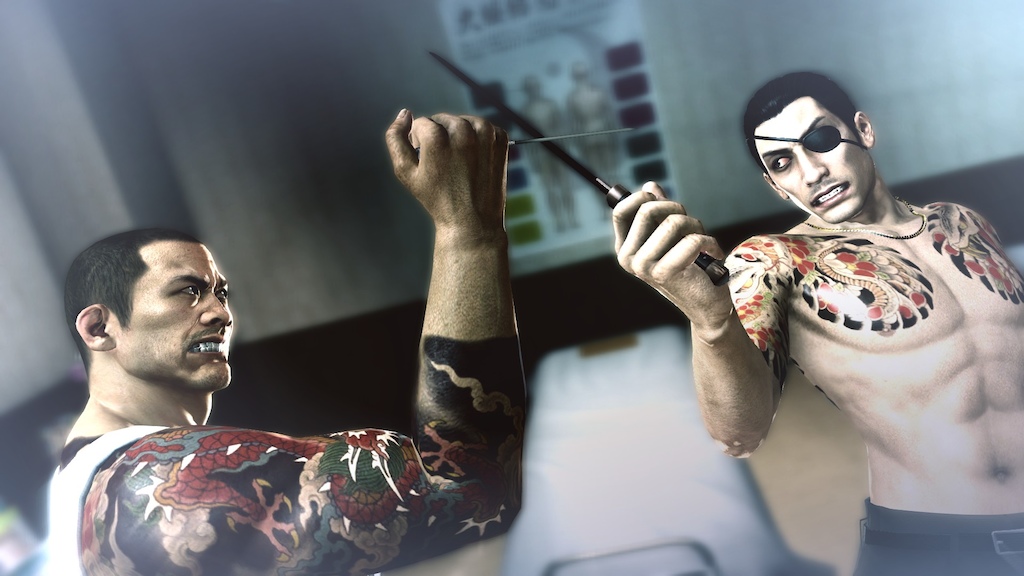 The Dragon is on PC

I haven’t played the PS4 versions of the game to tell you what exactly has improved or what hasn’t, but by the time the game has come out, some of the crashing issues prevalent in the main game should pretty much be fixed, wiping the blemishes off on a otherwise very solid PC game. While the game jokingly starts with a prompt saying “REAL YAKUZA USE A GAMEPAD”, the keyboard and mouse work fairly well for the game (although yes, it plays way better on a controller of any kind). The game also runs fantastic for my setup of an old generation i7 and GTX 1060, and will probably run on anything that has a 5 year old graphics card. In general, if you’re worried about the game having issues on PC, I only had one crash throughout my whole time playing (which probably got patched at this point). If you’re really paranoid that something will happen while playing, make sure to save often, since the game doesn’t have any autosaving whatsoever.

It’s hard to write on why I think Yakuza 0 is amazing because it’s a lot of what’s already been said about this over 2 year old game. There simply is more than enough to say about how wonderful of a game it is, from its exciting, well-crafted story, to its fun combat and side-activities. In all other aspects, Yakuza 0 cuts corners but still gives it its all, making for a game that exudes passion and soul. If you love video games, you’ll love Yakuza 0. After all, it doesn’t forget that it’s a video game. If you’ve never played these games before, like I have, it’s hard not to want to play the rest of the series after the credits roll.