Space isn’t supposed to be charming. It’s cold, dark, unforgiving, and unapologetic. And yet, in Tales of Cosmos, space is an anxiously charming place to be.

The premise couldn’t be simpler: you play a pair of anthropomorphized animal space explorers who become stranded in an unknown solar system and have to travel from one inhabited planet to another in search of a way back home. Along the way, you’ll meet a sleepy ghost, a crew of stranded moon mice, a hard-drinking space pilot, an angry pumpkin, and many others as you traverse worlds than range from leisure beaches along a chlorine coast, to forgotten tunnels below war-torn cities, to a tiny planet permanently covered in shadow.

The only mystery is the cause of your crash, and although that source is eventually revealed during the climax, it is never the sole focus. As a result, the game has a very relaxing and casual pace. You’re not trying to save the universe, there are no damsels in distress, no evil conspiracies or tyrannical foes, nothing that is forcing you have these adventures; how you move through and explore the game is entirely up to you. 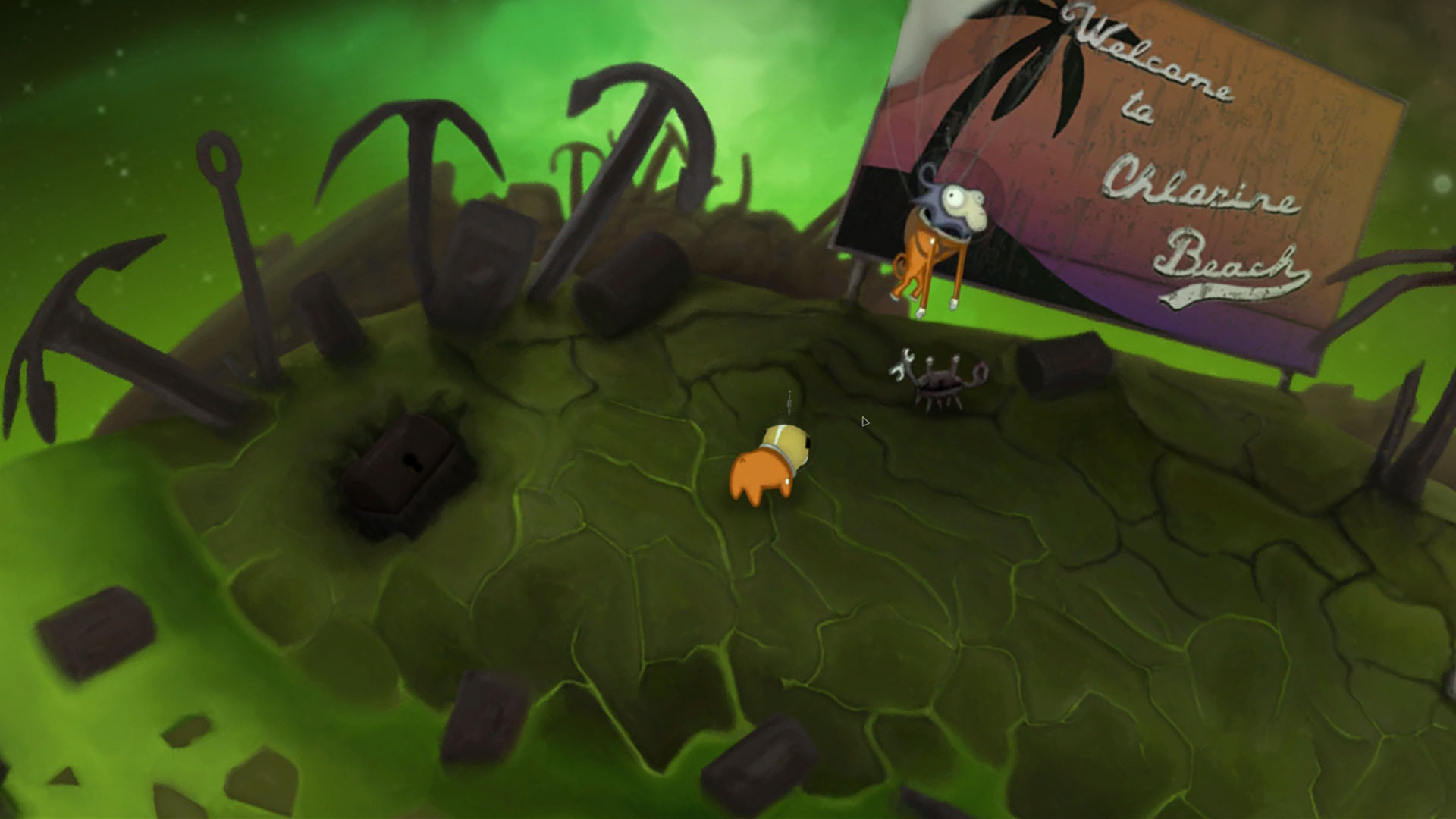 Adventure in the Round

The interaction and navigation are some of the things that make Tales of Cosmos stand out from the crowd. You control the two explorers either together or separately, and each has different abilities. Perseus, a canine cosmonaut, can talk to other characters, use voice activated controls, inspect and examine things, and when needed, use a powerful space-bark to frighten enemies (such as greedy crabs or disrespectful birds). Gagayev, the bug-eyed chimp, while silent, is the more lively of the pair, with his ability to pick up objects, operate machines, build and fix things, and generally interact with the environment. The puzzles scattered throughout the worlds make good use of these skills, several of which require you to use both characters at the same time. It’s a nice way to add variety to the game, while also keeping the mechanics quick and easy. 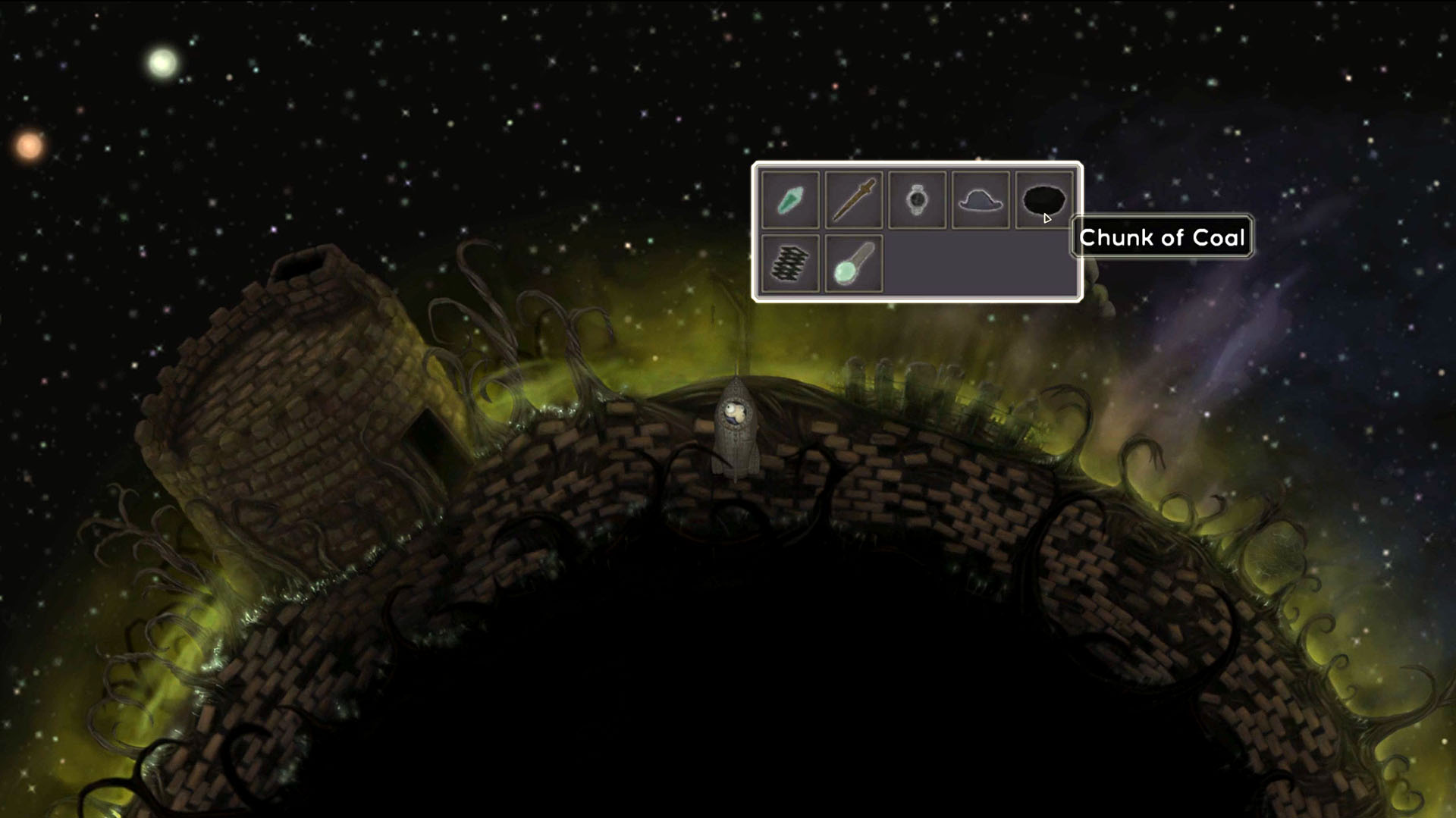 Wandering around the planets is a circular delight. Each world is unabashedly two-dimensional, and exists as a spinning disk which you circumnavigate. This movement is visually pleasing, and the constant circular motion provides a break from traditional angular adventure game designs (such as isometric or side scrolling). This allows for a few unexpectedly amusing moments, such as launching an object only to see it orbit around the planet and land back at your feet.

Moving between worlds is also a simple pleasure. Using a tiny makeshift rocket, Perseus and Gagayev can fly around the solar system. The mouse controls your movement, and as you fly the whole of space spins around you. This is a game where things are constantly in motion, including the orbit of each planet through the solar system. This makes finding the planets a unique experience in its own right, as they’re never in the same place twice. Thankfully you have a star-map HUD that can help guide you, and truthfully there are only a few locations, so you’re not likely to get lost. 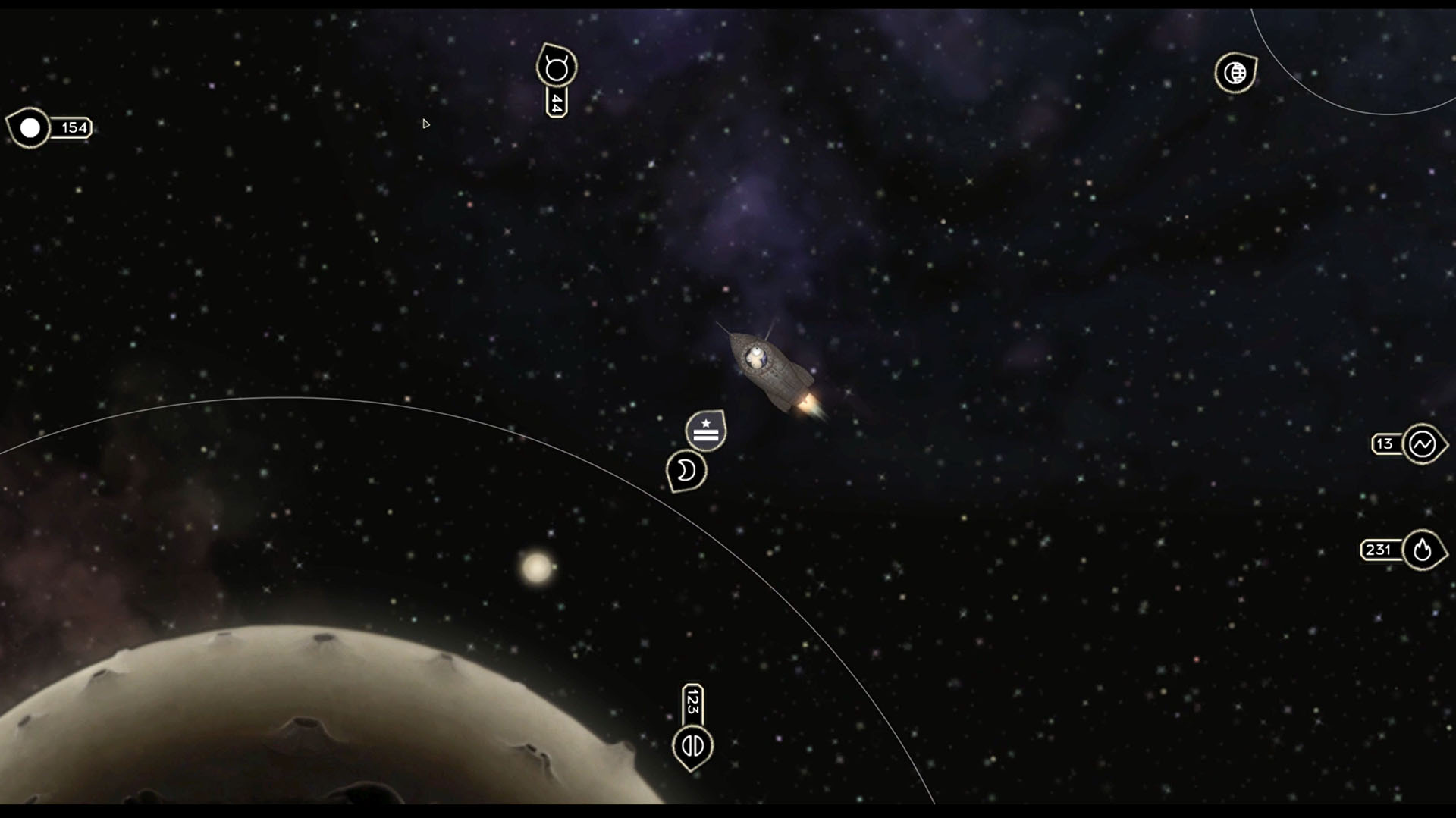 The Soothing Drone of Space

Although the animations are fairly limited, the artwork is enough to make up for this. The characters and backgrounds are well drawn, yet still retain a rough, unpolished quality that keeps them unobtrusive. No single aspect of the visual design overpowers the others, and even though each of the worlds has its own unique look and feel they all work well together in the same universe. The color palette is intentionally cool and murky, and most of the scenes are bathed in darkness with only small pools of light to guide you.

The sounds, too, are kept at a minimum, though they are always present in some form or another; maybe it’s the thundering of a nearby cloud, or the bubbling from a puddle of green ooze. The characters, when interacting, speak in sounds, some like instruments, others like squeaky machines; and thankfully there is no spoken audio; what little dialogue exists is all on-screen text. This helps keep the focus on sensory exploration of the worlds, rather than verbal narration. 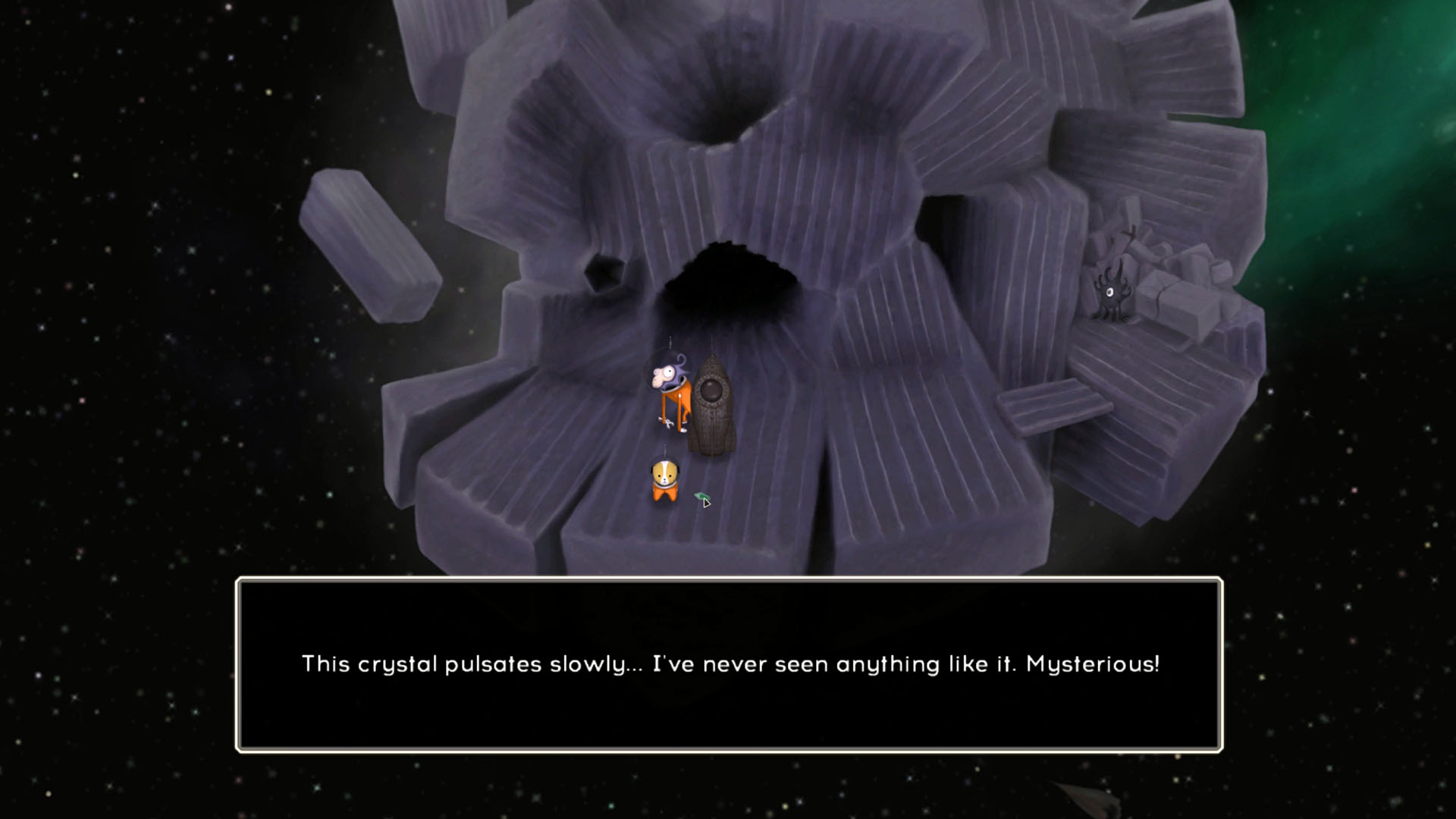 The music deserves special mention, as it becomes more of a soundscape than a soundtrack. It’s always present, though frequently shifts from moody electronic to abstract instrumentation, from droning to rhythmic, and then back again; all very slow, and quiet, foreboding yet reassuring, like the lapping of water at the shore, the music comes in waves, then gently fades out again into the din of space. It doesn’t repeat itself often, either. This further lends to that sense of a soundscape, because each moment is a new sonic discovery.

The heart of any adventure game, of course, are its puzzles. For the most part, the puzzles here are clever without being frustrating, and follow enough logic that you can arrive at a solution without having to resort to trying random inventory items or pixel hunting. The game has a decent amount of self-standing puzzles, so even though the main game is linear, you can tackle most of the scenes in any order. The only downside to this freedom is that most puzzles require frequent back and forth to other planets in order to be solved. This is fun at first, since you’re still discovering the worlds and their little secrets, but as you get further into the game, these constant interplanetary errands can really bog down the sense of momentum. 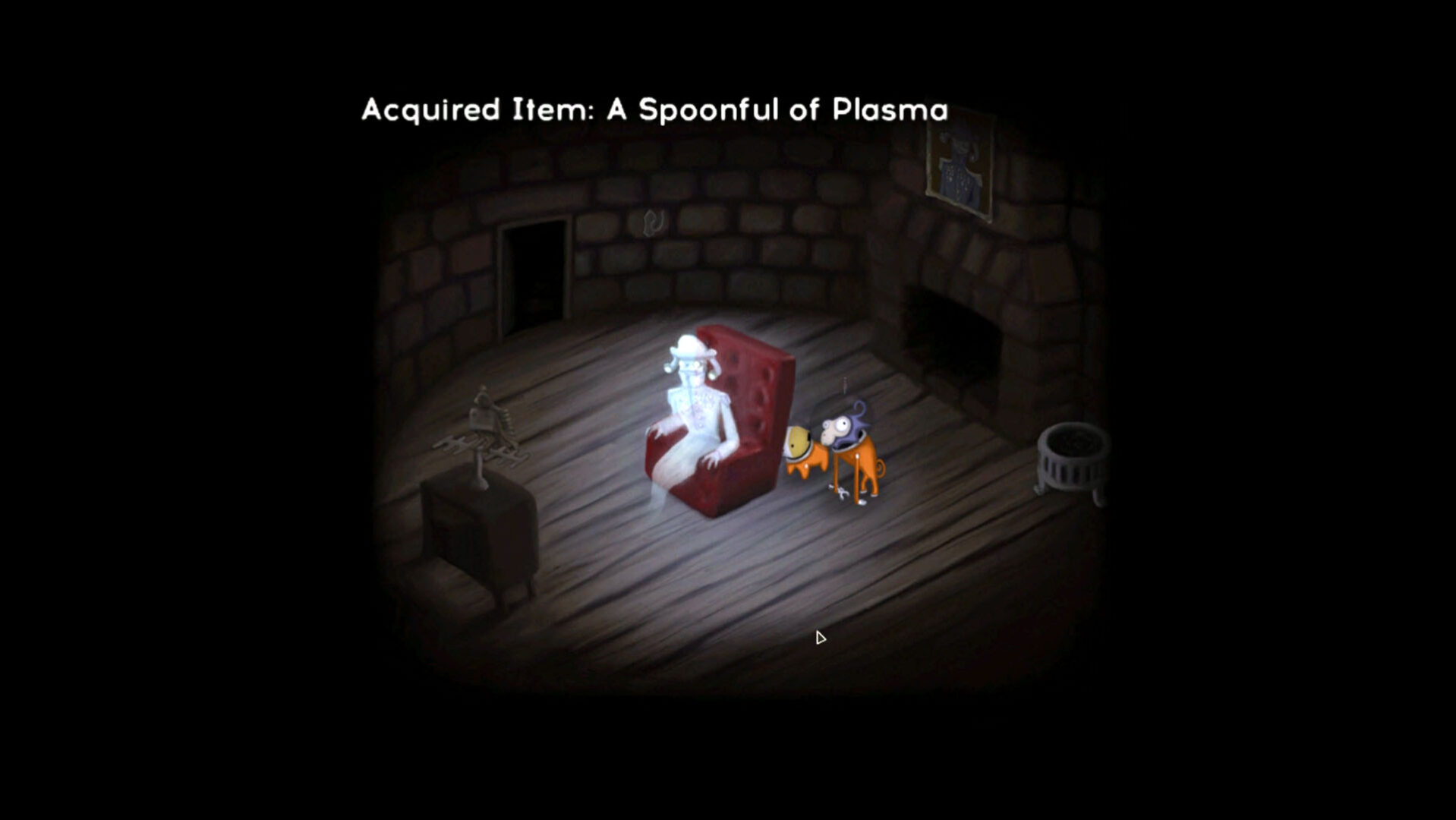 Although I generally praise the game’s lack of a rigid plot or narrative, one disadvantage is that there are times in the game where your path forward is not entirely clear, mostly because there’s just not much in the way of guidance. Little clues can be gleaned by showing objects to Perseus, but nothing that really instructs you as to what overarching goals you should be pursuing, or even what the limits of the game world are.

Most of the puzzles feel fair, though there were a few that felt to the contrary when confronted by them. They make sense to me now, of course, but in the moment they felt a bit obtuse, and since they were time-based puzzles they needed more patience than I was initially investing.

A few other minor annoyances impeded my progress once in a while, but nothing game-breaking. Occasionally the graphics would glitch and just turn black; the inventory screen and main screen still worked, but all the sprites and backgrounds just vanished. A quick reload fixed this, and since the game is very generous in its autosaves, I didn’t lose any progress. Flying around space is initially fun, but owing to all the back and forth required during puzzle solving, this can become a bit of a chore; it would be nice if there was a form of fast travel, or something similar (at least as an option). On the flip side, having to spend time traveling through the vast nothingness of space does give you more time to enjoy the soundtrack.

Another flying peculiarity that dogged me was the auto-landing. Whenever you get near a planet, you engage in the auto-landing procedure; which is fine when you intend to land. The system seems a bit over-sensitive, however, and will frequently pull you in for a landing, even if you think you’re flying well enough away from a planet. This is compounded by the fact that when you take off in your rocket, the camera tends to reorient and send you at a right angle, which, if left uncorrected, will just cause you to land again.

None of these issues were enough to break the game, or even be a source of irritation, they were just small speed bumps on an otherwise smooth ride. 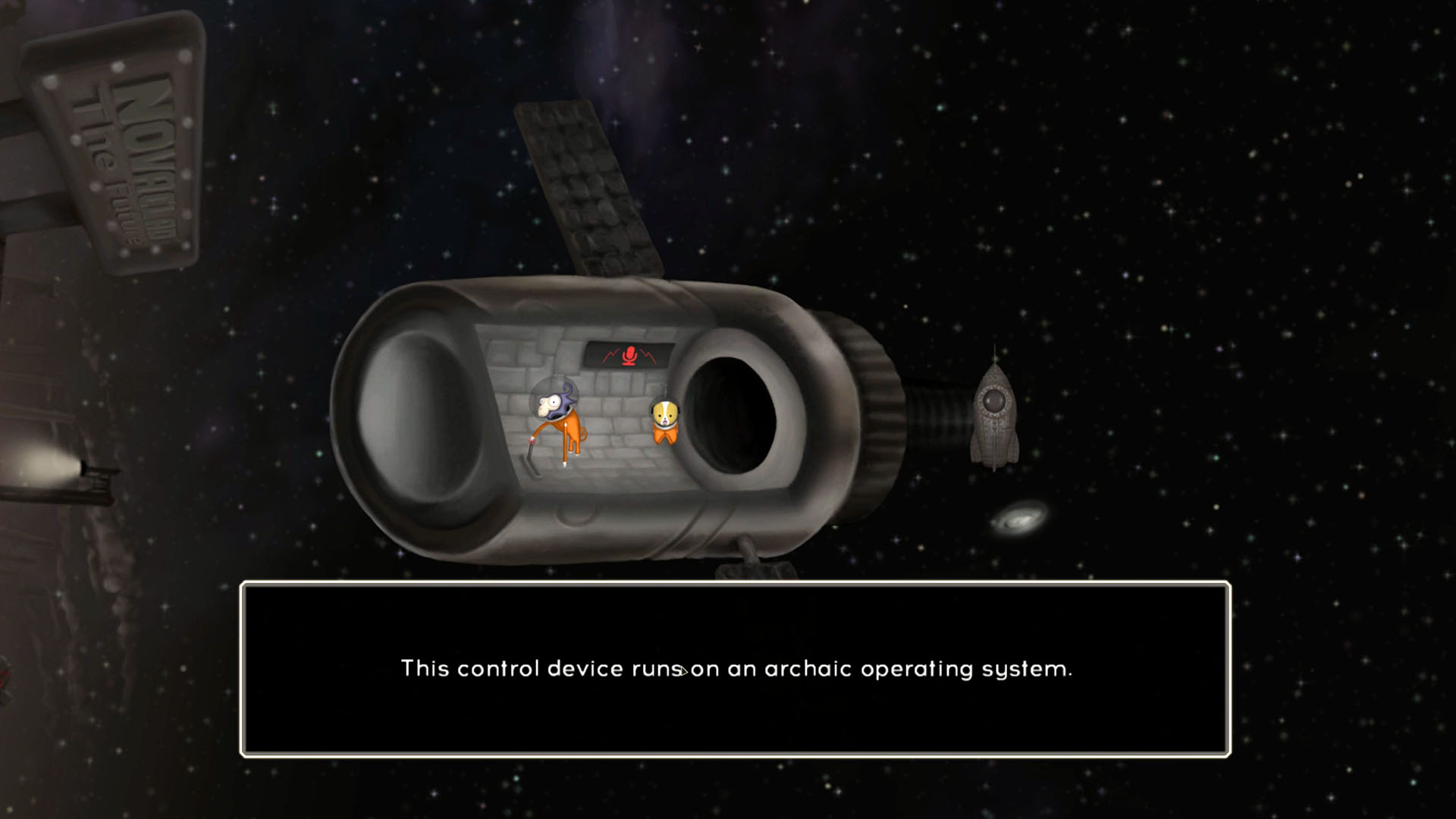 Apparently it wasn’t always this way. Tales of Cosmos originally came out in 2016, according to its official release. Scrolling through the discussion forums, it seems the devs have been very active in cataloging all the criticisms and addressing them. A lot of the early bugs, puzzle-imbalances, and hindrances were addressed, and the resulting update (Feature Pack 1) is what I’m reviewing here. It’s incredibly encouraging to see such dedication on the part of the developers, especially for such a tiny team (as far as I can tell, it’s just two people). Red Dwarf Games may be small, but they appear to be sincere and dedicated in their support of Tales of Cosmos, and in this case it seems the results really do pay off.

Adventure games will always have a special place in my heart, but I’ll be the first to admit that they don’t generally have much replay value. So, I found it particularly curious that Tales of Cosmos has drawn me in not once, not twice, but three times. Part of this is owing to its short length; once you know what you’re doing, you can breeze through in less than an hour and a half. In that regard, it’s like sitting down to a enjoy a cozy movie on the couch. But mostly, I think, it’s the mood: I just simply enjoy being in that universe. Make no mistake, there is nothing to be gained in a replay (unless you’re going for achievements). The game itself is very linear, there are no “choices matter” moments, and nothing changes from play to play. But upon repeats, I’m more able to appreciate the balancing act of the puzzles and the world they’re built upon. There’s a lot of interconnection in the design of the puzzles and in the progression of the game, that I feel it’s hard to appreciate until you see it all in hindsight. 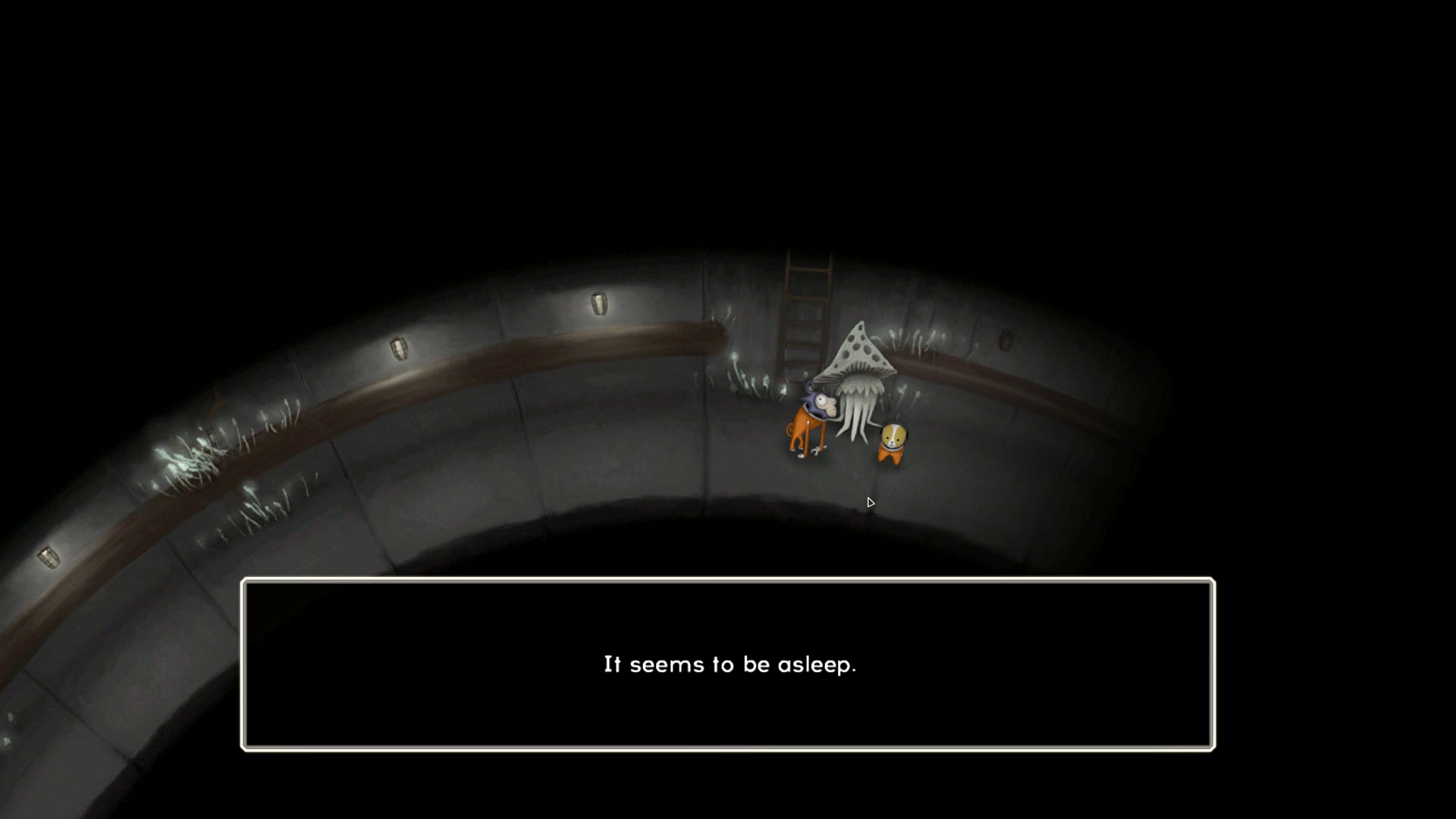 What I like most about Tales of Cosmos, however, is its most indescribable aspect: the mood. The music, artwork, characters, and environments have a very distinct atmosphere that I can only describe as “cute existential dread”. And I don’t know why the game makes me feel this way, there’s nothing overt that would lead to this mood; the game is genuinely innocent, the characters are upbeat, and even the story is light-hearted. Yet the scenes are swathed in dark colors, no matter which planet you visit it’s always night, and there is a pervasive sense of cartoony apprehension that underlies the innocence in this universe. Chalk it up to Eastern European influences, or maybe a hint of film noir, but the aesthetic is truly engrossing and adds just the right amount of dread to the otherwise low-key game.

A lot of adventure games can be a turn-off after a while, as they might be too goofy, full of bloated self-importance, melodramatic, opaque, or just plain cold and lifeless. But there are a magical few that somehow manage to get the alchemy just right. They present you with a world that is charming and alluring, but not frustratingly demanding, stories that invite you participate, but not overpower you with backstory or lore, and characters that are open ended enough to invite your empathy. These few titles also offer accessible puzzles, and unobtrusive controls that make it easy to feel like you are part of the story. Those are lofty goals for any game, so it’s impressive that Red Dwarf largely succeeds. Despite it’s short length, minor glitches, and occasional lack of direction, Tales of Cosmos is a charming, humble, and creatively confident journey through the universe. 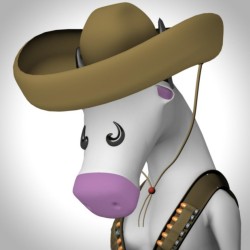