NEKOPARA Extra is the latest title in the popular anime visual novel series from NEKO WORKs, published by Sekai Project.

This chapter is a short prologue to what we’ve already seen in the previous games, telling the story of the arrival of the newest and youngest cat girls in the Minaduki household, Chocola and Vanilla. Not much really happens; it’s all about getting to know the characters a bit more and, I suspect, a bit of a demo of the new “E-mote” animation system.

As with the rest of the series, the story focuses on Kashou, the young man of the house, and his relationships with his doting (and somewhat perverted) sister, Shigure, and their six cat girls: Chocola, Vanilla, Coconut, Azuki, Cinnamon, and Maple. 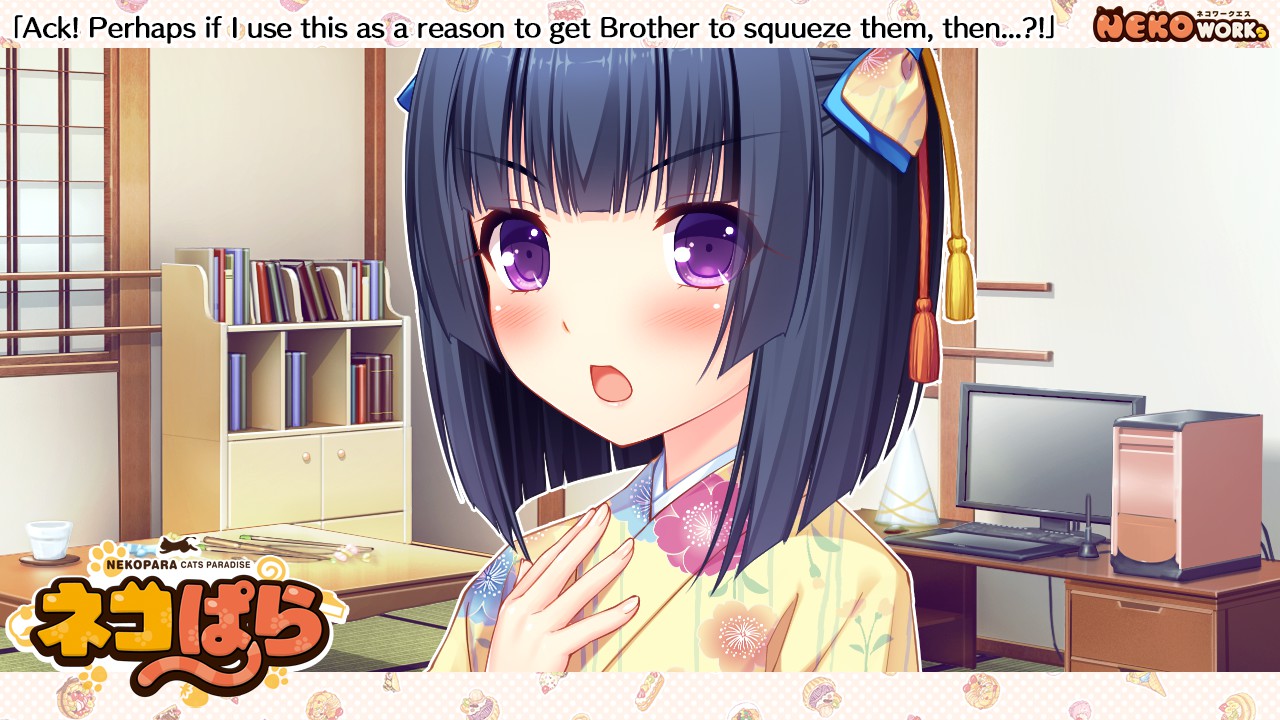 At first glance the game appears to be presented the same as the rest of the series, and most other visual novels, with static backgrounds and beautifully drawn anime-style paper-doll characters (from Sayori again) positioned in front of them as appropriate to each scene. A standard VN text-box interface and control buttons appears in front of everything, with all the usual controls: auto, skip, log, quick save, etc. You’d be forgiven for thinking that you’ve seen it all before. 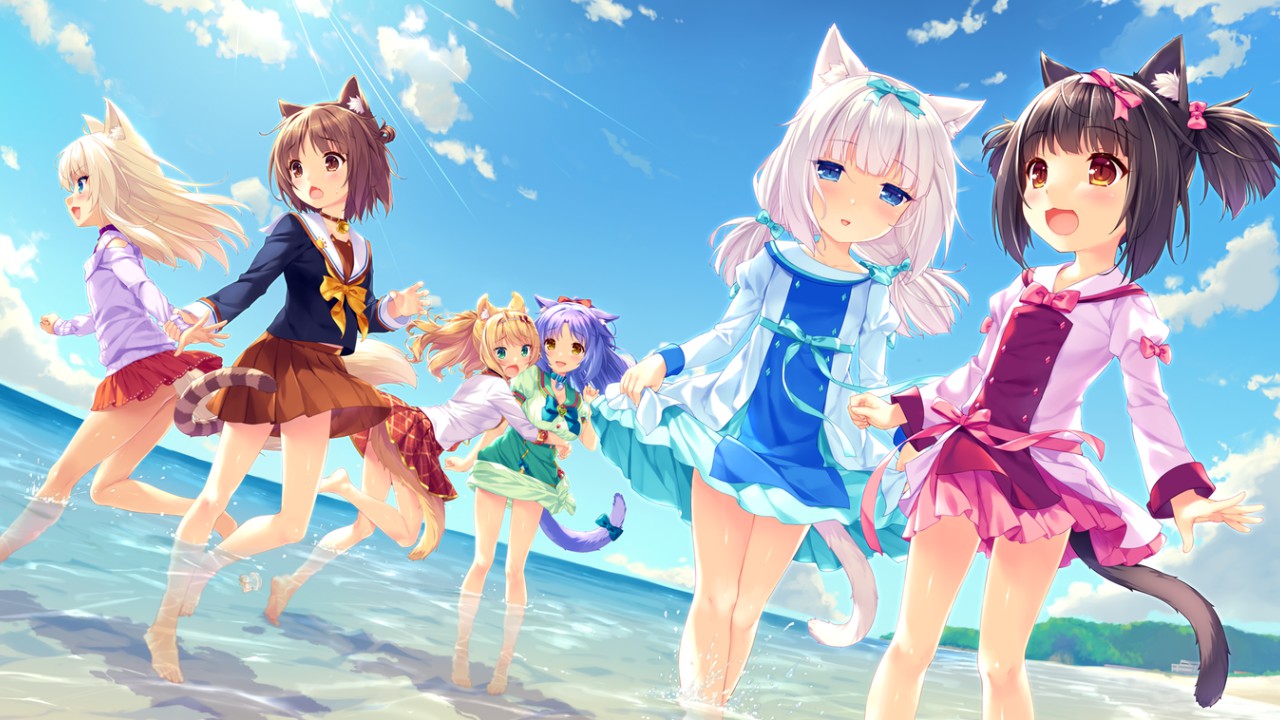 Once the characters start moving about, though, the difference between NEKOPARA Extra and every other visual novel becomes clear. The new “E-mote” animation system is simply excellent, allowing for changing expressions, whole- and part-body animations including eyes, ears, and other features — and lots of jiggle, of course! — and the developers have done an amazing job of enhancing each individual cat girl’s personality, bringing them to life like never before. I’m still not entirely sure how it’s done; some of the animations look like the characters are modelled in 3D.

The fantastic character art makes the backgrounds seem a bit drab and lifeless. It’s akin to watching an old FMV character walking about on a static background. Really the background art is fine, and typical of most anime visual novels; it’s just not as good as the characters.

The UI is functional and easy to navigate. You can even change between three languages if you’re that way inclined. (ProTip: Do it even if you’re not; as with the other games in the series there are achievements for playing in each language.)

As with the other games, all characters except for Kashou are fully voiced in Japanese. I have no idea if what they’re saying matches the English (or Chinese, or Japanese) subtitles, but they sound professional, and rather hilarious in some scenes (such as when they’re eating: nomnomnomnom). Music is typical of the series: that sickly sweet J-pop style anime theme music that repeats until it’s embedded in your brain or you remember to turn it off. I didn’t notice any sound effects at all, but they may be there; as with most VNs, they’re not a focus here. 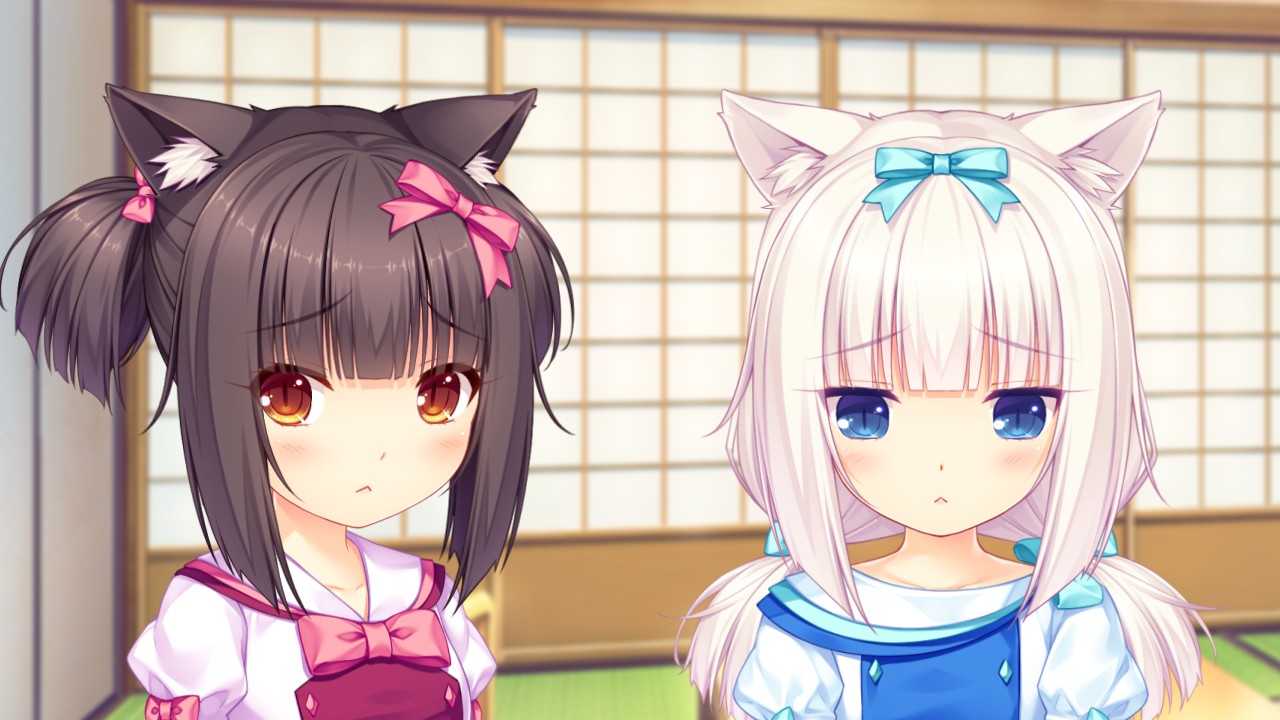 All of the NEKOPARA games are “kinetic” visual novels, meaning that they have no choices or player interaction required. The default “auto” speed is good, so simply sit back, press auto, and enjoy. 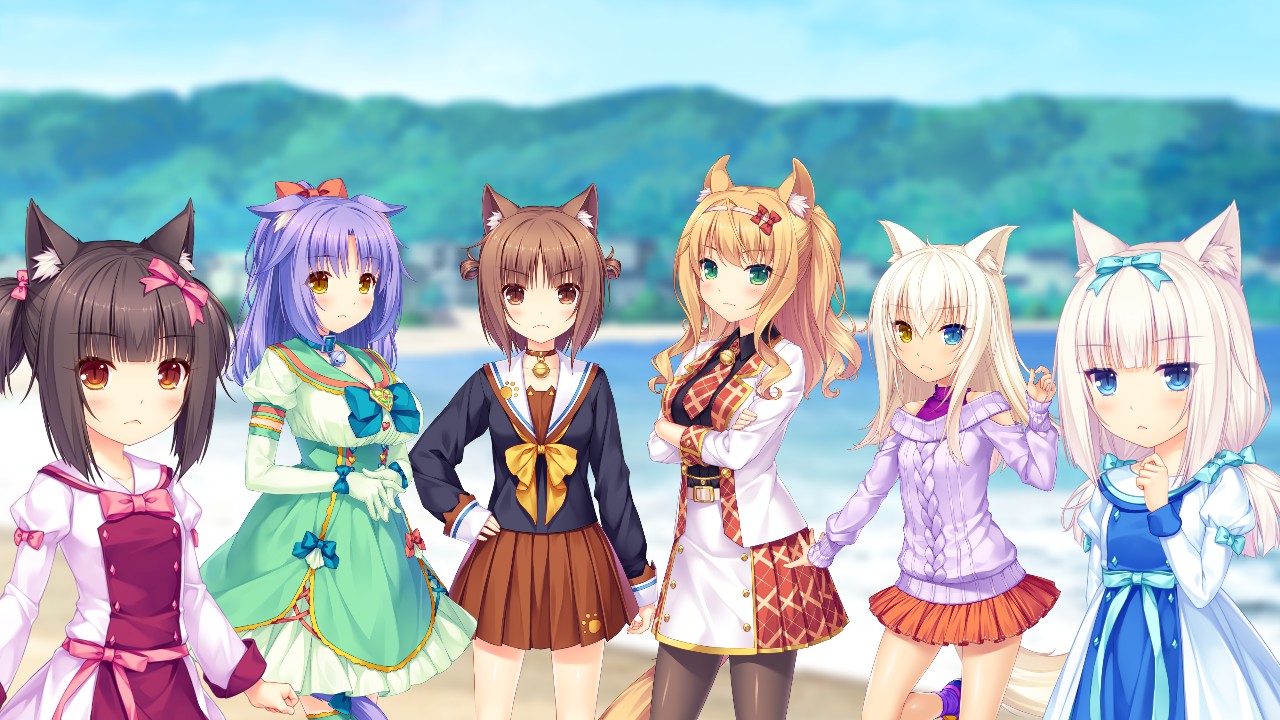 The story in NEKOPARA Extra is very short, and it doesn’t really go anywhere, but it’s still fun. I think I got through it in an hour and a bit including a few restarts for the Steam Achievements, so it will typically take players longer for the included Trading Cards to drop than it will to complete the game. That’s a bit disappointing, but for the asking price and the revolutionary animation advances that the title introduces, I don’t feel that it’s unreasonable.

The script is well written and I didn’t notice many errors or weird translations; the developer and publisher have done an excellent job. There’s no “H-patch” available, as far as I know, but I actually think the “sexual content” tag is probably appropriate here, even though the game isn’t explicit; the script has some rather funny innuendo, especially from the lovely Cinnamon. 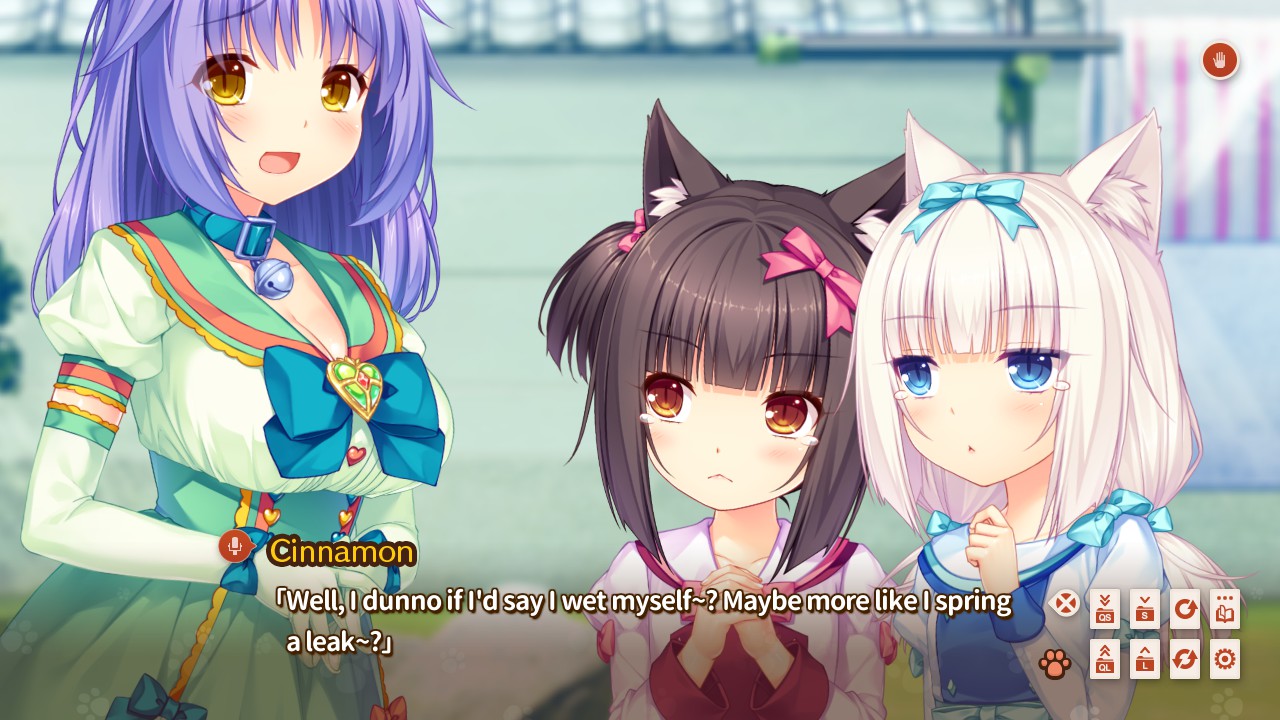 I didn’t encounter any bugs or performance issues. NEKOPARA Extra is an exceptionally well-produced visual novel. I just wish it were longer!

NEKOPARA Extra is a wonderful addition to the series. The new “E-mote” animation system is fantastic and I’m really looking forward to seeing it in action in a longer game; the facial and whole-body animations really do bring the girls to life more than ever before — and no, I don’t just mean that they jiggle. (Though they do, of course!) The game is very short, even for the discount price, and, like the others in the series, is basically just a sit-back-and-watch affair, and with very little story at that. But it’s great to get to know the characters a little better.

If you have the rest of the series then you should definitely pick this up. If you’re new to NEKOPARA, then why not start here?