Space Hulk: Deathwing – Enhanced Edition is a visually gorgeous Co-Op FPS that perfectly recreates the atmosphere of the Warhammer 40K universe, providing great immersion, but game balance problems, reduced playerbase, lack of meaningful content, and some very bad game design choices which really cripple what could otherwise have been the next great hit in this genre.

Space Hulk Deathwing is a 4-player co-op FPS set in the famous Warhammer 40K universe. As Terminator Space Marines, you and your comrades will have to brave the perilous hallways of a massive Space Hulk, tainted by chaos, Tyranids, and maybe even darker powers. In comparison to the regular edition, this Enhanced version introduces new types of enemies, upgrades to unlock for all weapons and classes, and new special missions. What this game does really well is to recreate the atmosphere of the 40K universe, boasting some of the absolutely best graphics I’ve ever seen in any PC game, fully using the capabilities of Unreal Engine 4. Then what’s wrong with it? Well, more than a handful of things, as you will read further.

General Gameplay
In SH:D you will face, alone with bots, or online with other players, a series of story missions (nine in total) and another set of nine Special missions, all set inside the immensely vast Space Hulk, filled to the brim with all sorts of dangerous critters, of course. Each mission will be based upon multiple objectives, almost always indicated on the map, consisting of an intricate series of ducts, shafts, stairs and corridors that you WILL get lost in unless you carefully and frequently use the map. The level design is really good at making you experience the oppressive vastness of a derelict Hulk. These objectives will consist iof various tasks such as destroying a target, purging an area from enemies, activating a device, and other things.

Players take control of the Space Marine team and will have to be in constant motion to traverse the map, while at the same time shoot Tyranids coming from every side. To partially mitigate this constant flow of enemies, doors can be forcibly closed, so enemies will have to find another route, and be off your necks for some time.

Cooperation and a good, balanced setup are fundamental in succeeding in any mission, featuring support classes, crowd control, medic and single-target specialist builds. Each class will have its own array of weapons, though some repeat in multiple classes, still there is a fairly good choice based on the role each one wants to cover. Weapons and classes can also be upgraded with the all-new Renown system, basically Renown is currency awarded when leveling up between missions, and is used to unlock both functional and cosmetic items, skills and accessories.

The bad part of all this is that actually there are very few accessories and perks worth buying at all, this means 80% of all perks, weapons and accessories you could unlock actually are just not worth it, because some others just are better. This reduces the actual progression amount by a lot, all it takes to figure this out is to look at all the perks and accessories and compare them.

Also, on a side but IMPORTANT note, the playerbase is currently very reduced, with only about 300 players online worldwide in the past two weeks at the time this review was written.

Region-locked matchmaking limits the chances to find any multiplayer partner even more . The only viable way to play this game in multiplayer is to have a 4-man team at the ready and in the same region, otherwise it is very unbalanced to play multiplayer with less than 4 people, as bots CANNOT be added to fill missing players (even if this was requested a lot by the community for quite some time) and enemy numbers do NOT scale, so good luck doing any mission at harder difficulties with only 2-3 people, as you WILL miss essential roles and manpower continually. 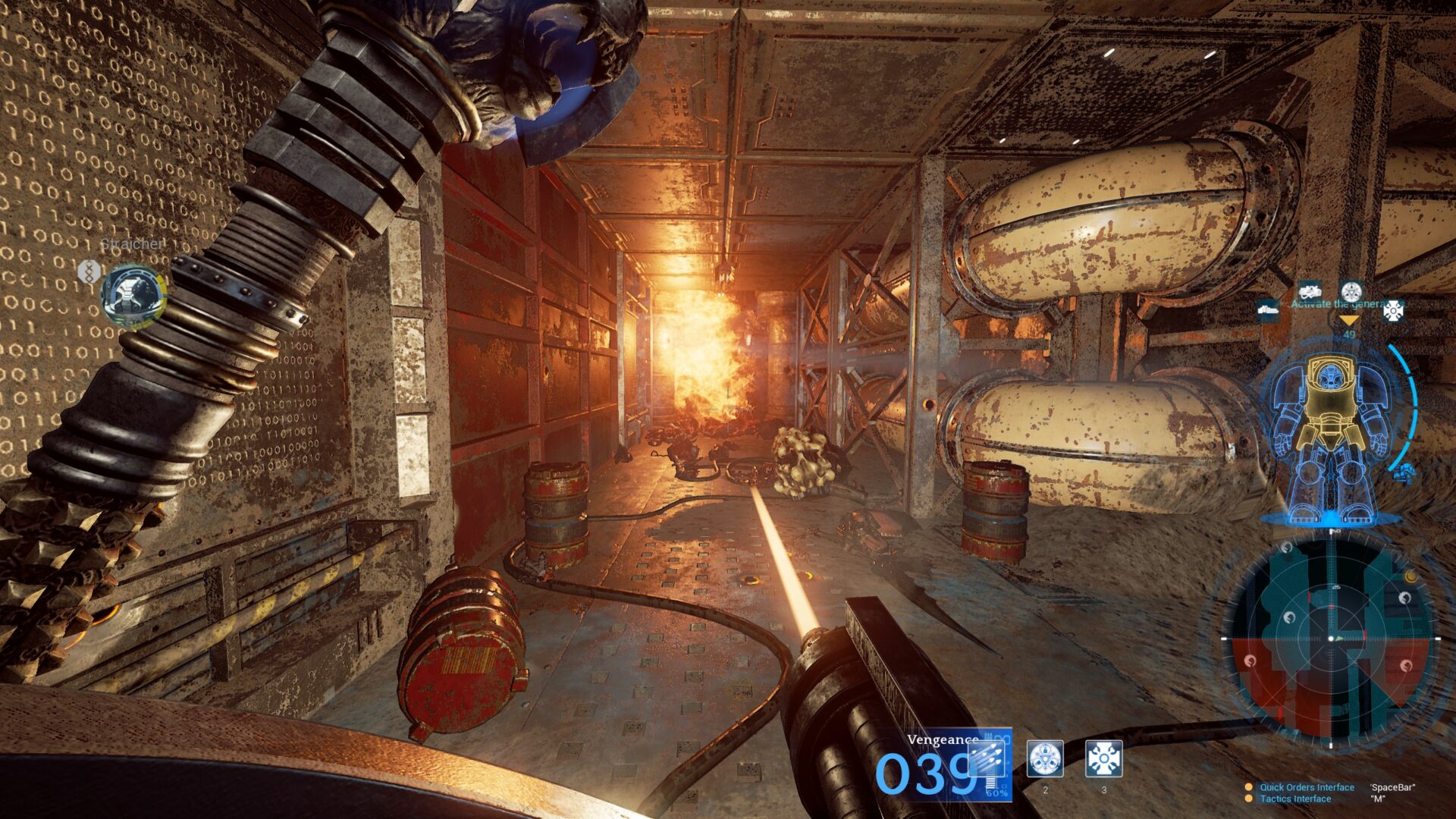 Story
The story is pretty much bare-bones and consists of mission briefings and reports at the beginning and end of each story mission. It is to be expected by a game of this type to be weak on the story side, so no surprises there,

Combat System
Combat here is both ranged and melee based, but with a strong focus on ranged, since range is pretty much your only advantage against hordes of angry aliens bristling with claws. Your ammunition is unlimited with only reload as a break to a continuous stream of bullets.

In combat, covering all angles simultaneously and not allowing the enemy to come close by firing and reloading at the right moments are both important mechanics, as players must recognize these severe threats immediately, such as special enemies, and kill them promptly. This is especially notable in an area of effect damage ones such as the Exploder Tyranid, that can very well wipe an entire team in one hit.

I have to say, shooting hordes of aliens in tight corridors has its charm, especially for how good the graphics are, but there are also problems to that. Enemy specials and different types are not “highlighted” enough, so to speak, because it is just a matter of continually firing until everything is dead. Very few enemies will actually require team focus and special strategy like the bigger and tougher Boss types, while all the others are just meat for the grinder.

Overall, the combat gets repetitive fast and becomes a matter of finding funnels and clustering the enemies from one or two ways and constantly firing until the wave is dead.

Content
The Content is improved in this new edition, with new missions and Renown system upgrades, but still it is not that great in diversification and depth, and it a “barely sufficient” level for a game of this type and in this price range. If we compare it to a similar game, Vermintide 2 for instance, that one offers ten times more content at half the price.

Balancing & Challenge
Each class has one or two weapons, perks and abilities that are just better than anything else, limiting build diversification and variety by a lot. Some enemies at high difficulties are too overpowered, such as Exploders, one-shotting away entire teams in a moment without mercy. The challenge is good and tough at hard difficulties, but still becomes stale fast. 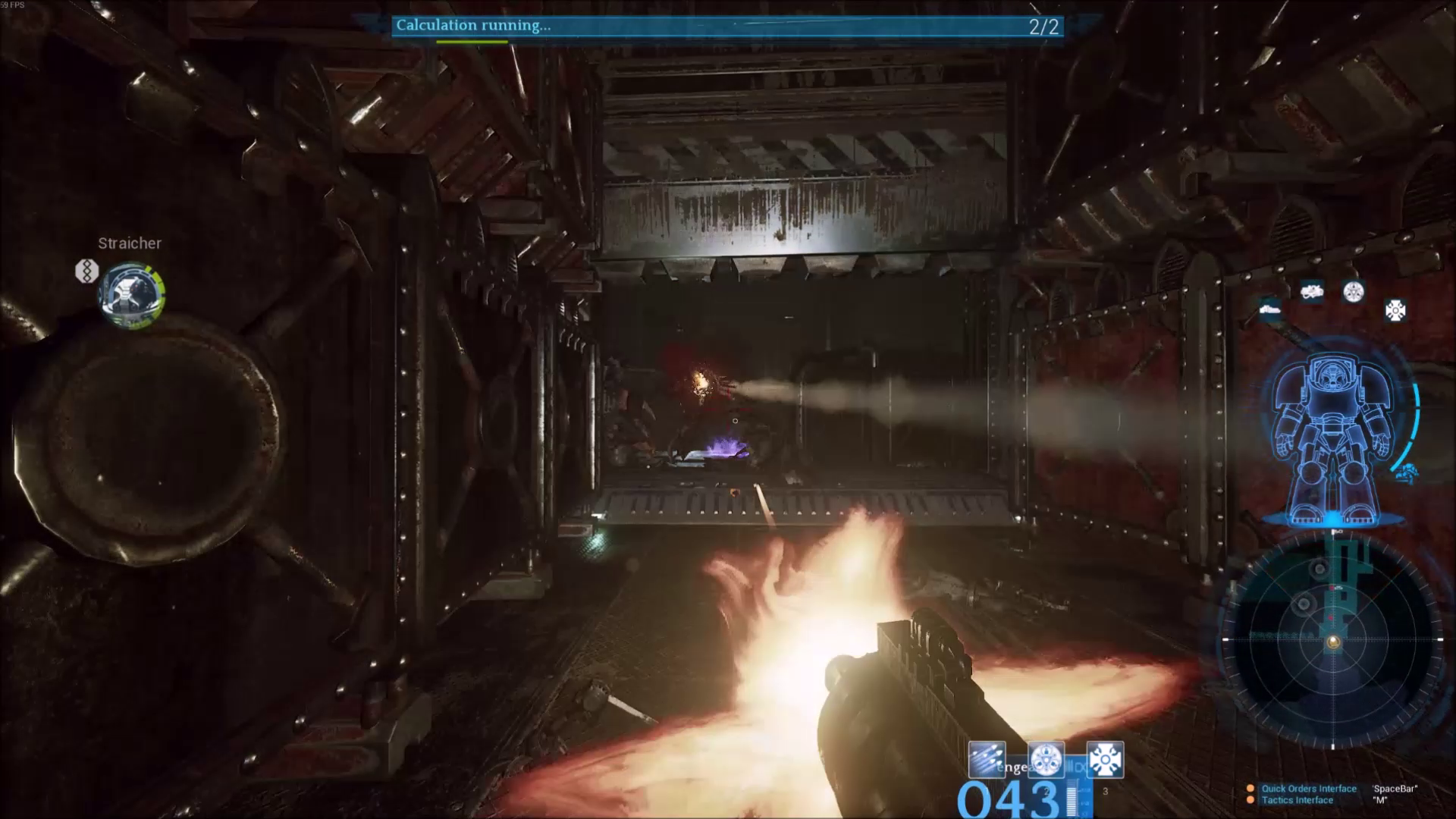 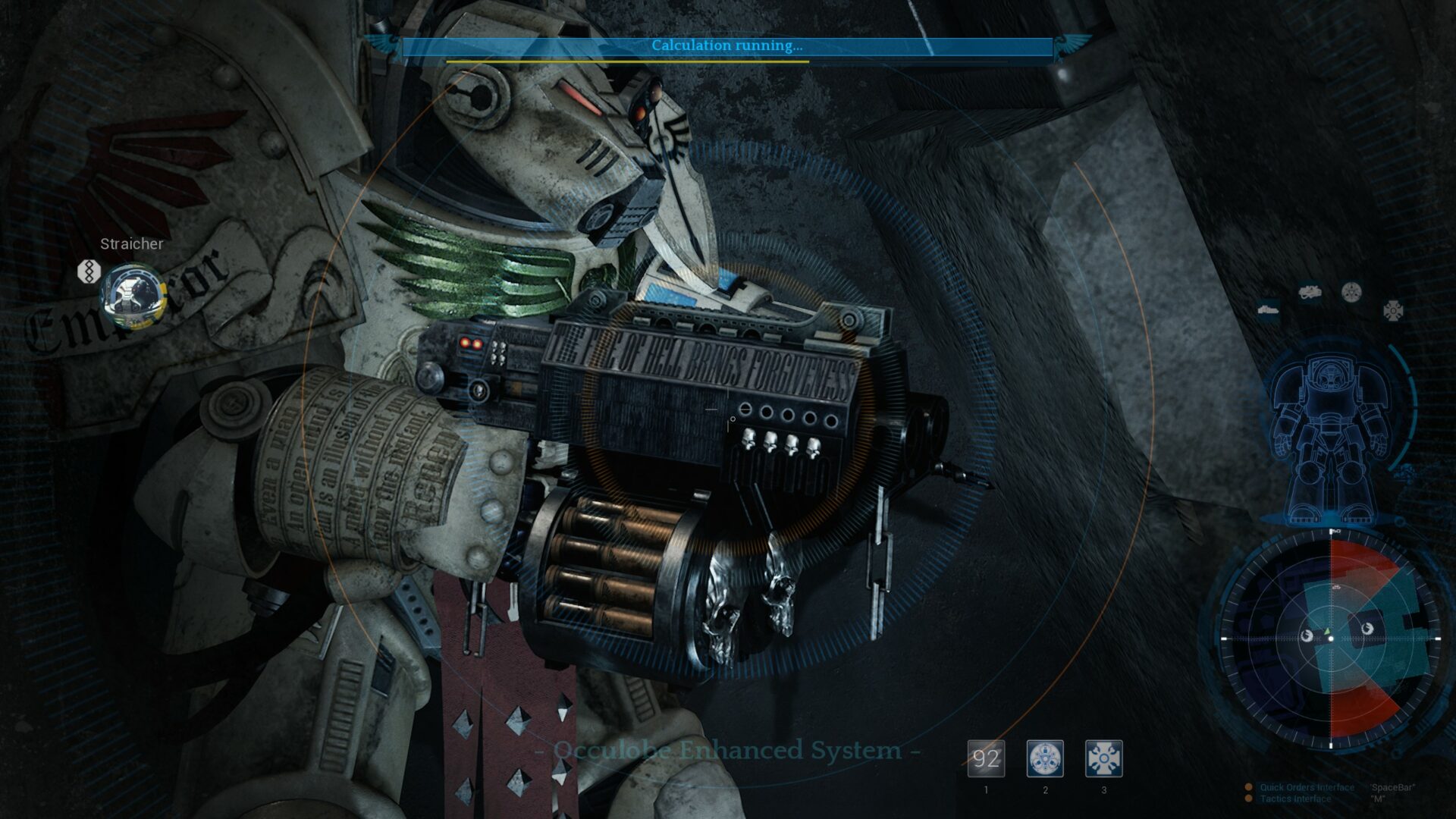 With the repetitious action and the lack of variety in the gameplay, this game doesn’t hit the marks you may be expecting. It looks fantastic, but the actual game is bottlenecked by a gaming experience that quickly becomes stale and there is very little content or story to float the game well enough for the asking price. The lack of multiplayer working across all regions doesn’t help either, especially with a low player base. This game has some great potential, but it doesn’t meet up to what many players will likely have in mind when purchasing it.