The Mercury Man is an action-adventure game that tries to be fresh and new by introducing experimental ideas, and various types of gameplay at once, but it fails to execute any of these things properly. This results in a title whose only redeeming quality consists of an appreciable storyline and setting.

The Mercury Man is an adventure, isometric game set in a somewhat distant future, where new medical discoveries about uses of mercury lead to revolutionary techniques that cure all types of illnesses. This worked great at first, but then people started getting sick again, this time in ways not even modern medicine could heal, and the fault was mercury itself. Consequently, mercury procedures were banned and all the people affected by them were transferred in a penal colony on Mars, so as to not harm the remaining sane people. A special division of the police was also created, the Mercury Hunters, to not only hunt down any hiding “Mercury” fugitives or anyone helping them, but also to fight the immense criminal black market that has formed around illegal mercury procedures and contraband. You will play as an ex-hunter with a troubled past, in search of redemption in a bleak, dark, and hopeless world.

General Gameplay
The gameplay of The Mercury Man bases itself around a series of mini-activities that are part of your daily life, first as a taxi driver, then as a police officer, and again as a mercury hunter.

The game areas are divided from one another, so to move from one to another you will have to use your car, featuring a driving mini-game where you need to decide the direction of the car (left turn, right turn, or straight) by following a small simple, grid-like city map, going to yellow dots representing GPS destinations. This mini-game is certainly something new, but the results are rather dull and boring. I have to add that the car engine’s sound is so loud that it overrides the radio music completely, forcing you to silence it, leaving you with a rumbling engine as the only travel company, or else listen to the terrible cacophony of the engine with the radio.

Once a destination is reached, you will leave your car automatically and find yourself in an isometric area of limited size which can be explored, and completely surrounded by invisible walls, reducing exploration to basically zero. You can interact with various elements of the scenario, such as people or environment, using the cursor’s dedicated “description mode” or “talk mode”, but these interactions are only limited to either your character describing something, or some NPC talking to you by repeating the same single line over and over. There is no proper interactive dialogue besides the main quest.

Your main destination will be the police station, where after talking to your chief, you can use the police computer to know information about the suspects and download the destination to reach them in the car’s GPS. Again, there is no thing such as investigating and deducing where to go, everything is already set for you in a per-determined, linear fashion. The computer also contains a very long and boring mini-game used to grind money by waiting for a screen to fill up with Japanese words and then receive 15 dollars each time. Utterly boring!

Other activities include going to the Shop and Gunsmith to buy consumables to use in combat or new weapons, receive special Gunsmith quests that are nothing else that mini-games similar to old rail-shooters where you need to shoot criminals popping up from buildings for a certain time until the mission is successful, and not hit civilians. This was one of the nicest mini-games overall and is not half bad. The reward for such mission will be a better gun at the same price of the previous model. 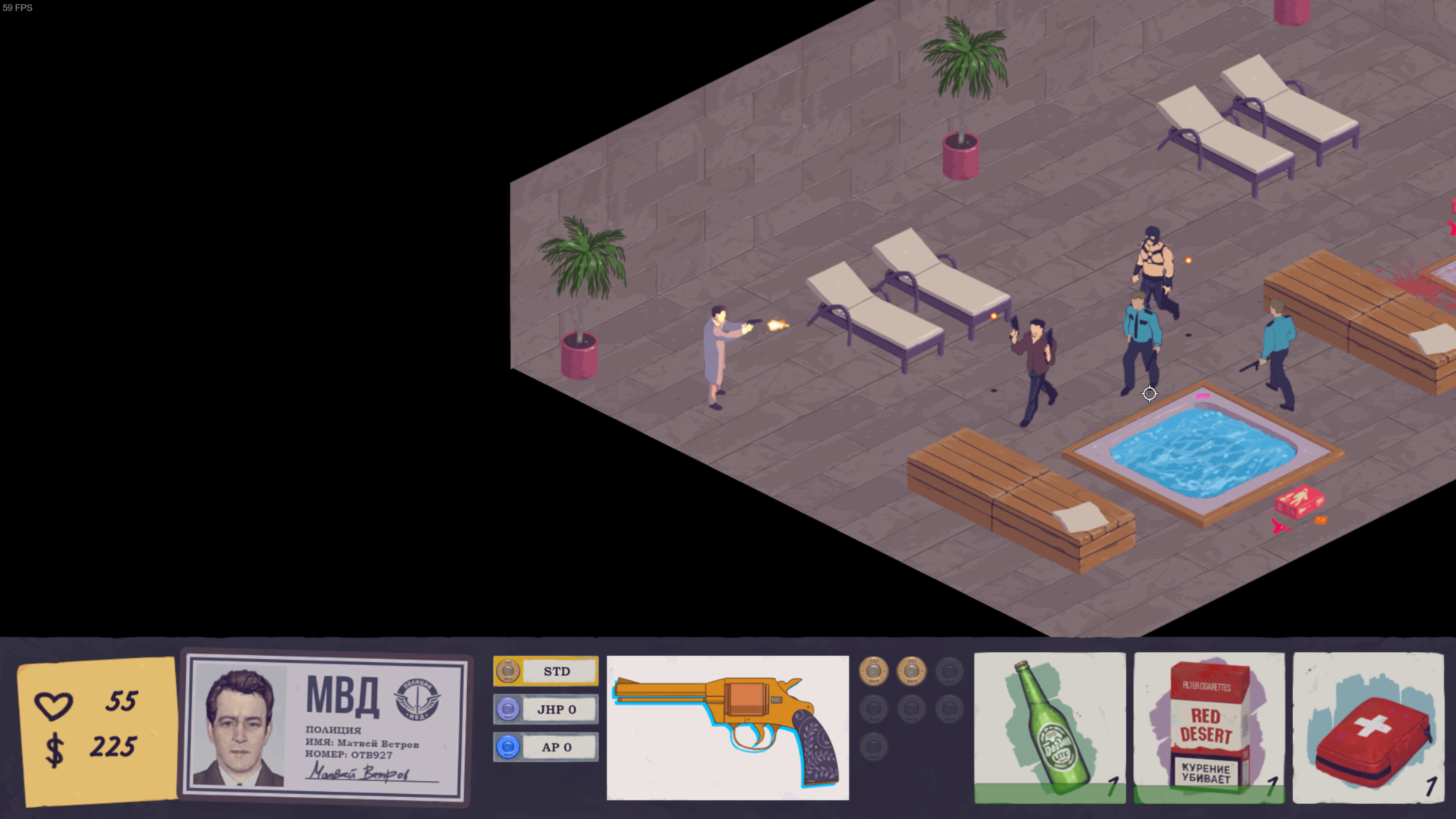 Story
Story-wise, the narration and characters are not terrible at all, and a depiction of a bleak, hopeless world where everyone resorts to irony to conceal desperation is surprisingly well done, often featuring over-the-top, depressing, dark interactions and dialogue, that on one hand will make you laugh because of how incredible they sound, and on the other hand will consist of very sad and dark stories. The English translation is however “blocky” and feels a bit as if it was done by Google Translate in some cases. The dialogue could use better formatting, spacing, and syntax. This partially ruins the story dialogue, but not by a lot.

When defeating a boss in each chapter, you will be able to decide his fate either by killing it, sending it to court, or letting it go, depending on your opinions. This will not influence the world around you from what I noticed, environments and places are always exactly the same every day, with the exact same people and dialogue in the same places, even.

Combat System
The combat in The Mercury Man is frankly terrible. It happens in real-time, in confined arenas with a few obstacles scattered around, and a number of enemies chasing and shooting you. There will be only two types of enemies in the entire game: ranged and melee. The only difference in each mission is that enemies become more resistant and deal more damage. You can use consumables such as beer (damage absorption) cigarettes (faster speed of actions) and med-kits (100% health regen) to have an edge, but they will cost you money at the shop. Overall, combat is a kiting game, where you just run in circles in arenas, kite enemies, dodge very slow bullets, and shoot and reload until all is dead. It is varied so little, clunky, and just mediocre, it represents the worst part of the game.

Content
The developers tried to add variety by including different gameplay types all at once, and this is commendable, but still the game does not offer enough variety or progression elements. The story and dialogue are, frankly, the only decent aspect of it. The game will last around 7-10 hours.

Balancing & Challenge
Game Challenge is very low due to the fact you just can kite all enemies while using cigarettes to be very fast, and shoot them all until dead. Every time. 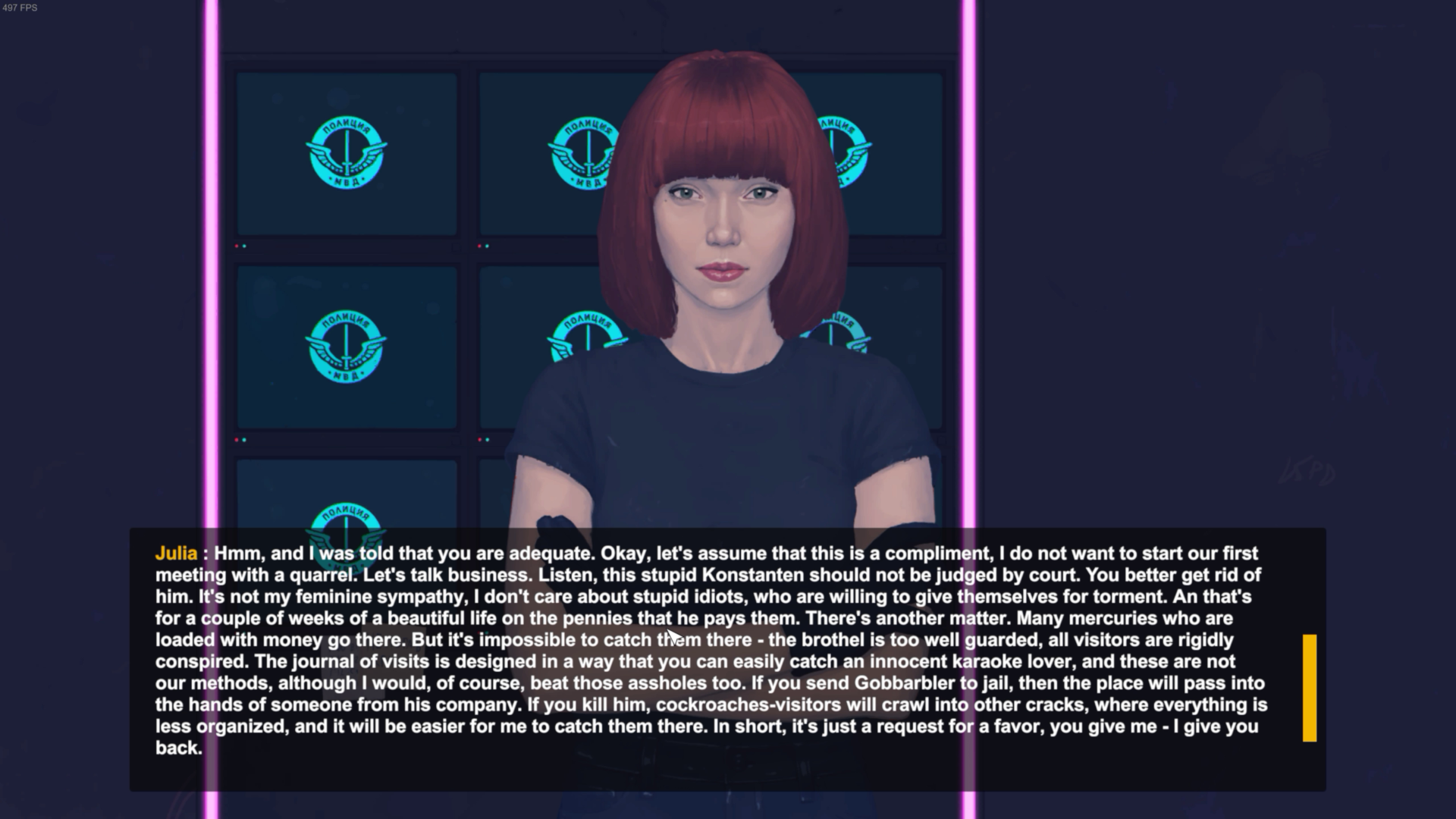 Graphics There are hand drawn environments and characters and the portraits shown in dialogue sections are decent, but all the rest is very blurry with a lack of detail. This makes the game look like a minimalist painting. Overall, not great.

Sound
The Sound effects are sufficient, while soundtrack is quite good.

AI
The enemy AI is a simple follow and attack pattern based AI.

Quality of Life
There is no manual saving and the game will only save at the end of a chapter, so any attempt to exit before will result in the whole chapter being reset. 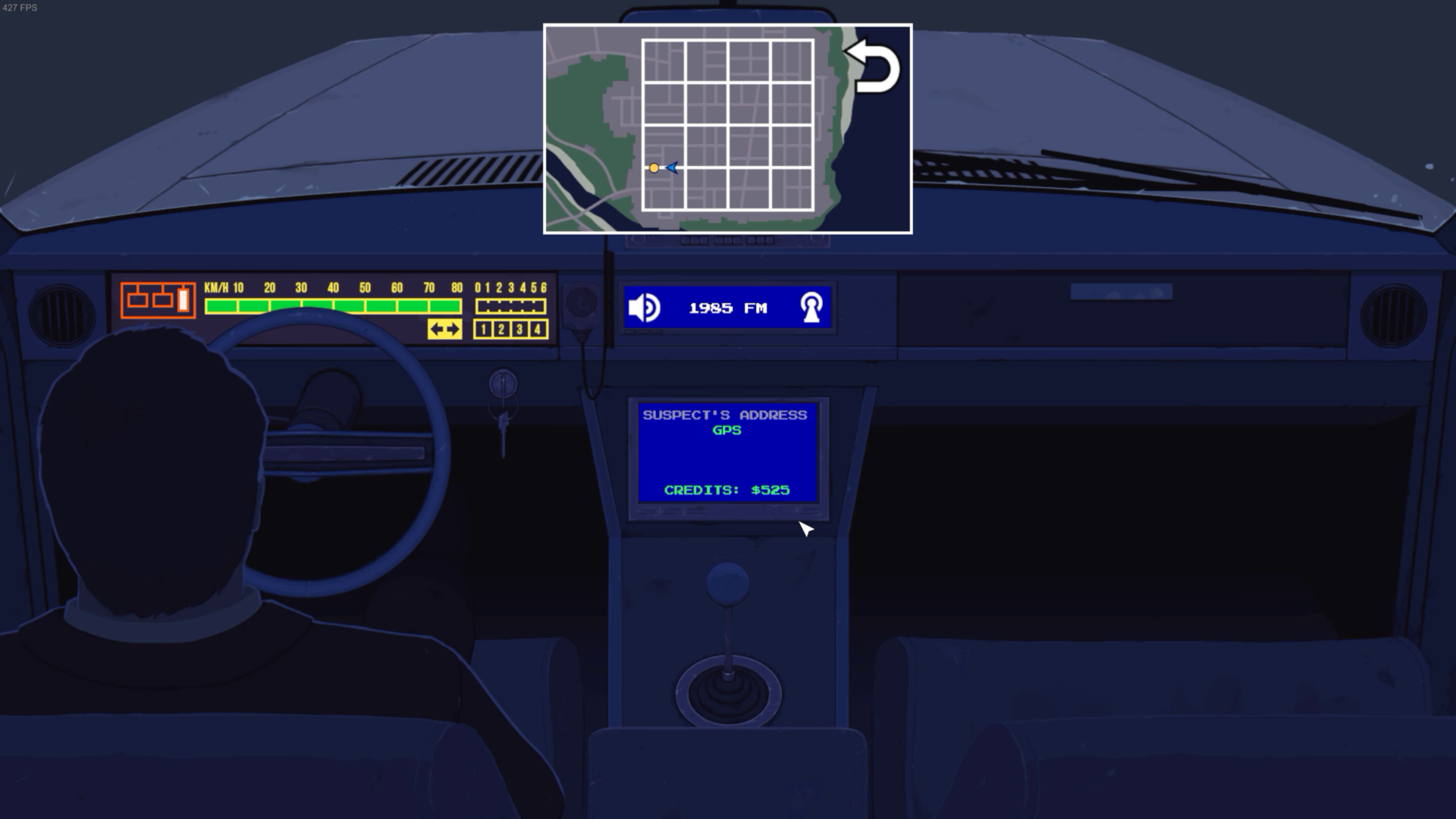 The Mercury Man is a game where the devs clearly tried to create a varied experience with the upmost care for the dialogue, but while the narration and story are decent-ish, the rest of the gameplay and technical elements are sub-par and do not deliver what is to be expected from a modern action-adventure game. It would make a good book, but not a good game.