A look at Don’t Stand Out, a top-down voxel battle royale arena

The Battle Royale craze is in full bloom, many developers want to surf the wave with their own spin to the formula. With Don’t Stand Out, Tantum games went for a top-down arcade game with cute voxel graphics.

The controls cannot be rebound, but they work well. Use E to pick up an item (only one of each type can be carried, so there is no complicated inventory), A to use a health kit (there are also body armors), SHIFT to speed up (pills), right click to throw a grenade and left click to shoot. Holding right click allows a player to aim where the grenades go, which is a nice touch often neglected in games. Last but not least, SPACE to jump. Players are like bunnies out of Quake, hopping all around the field until someone sticks a carrot in their face while they are landing. The jump mechanic gives a fast-paced tactical feel to the battles, as players have to synchronize their shots. This is easy with a machinegun, hard but critical with a sniper or a shotgun. The fights become a funny dance that can either last a while or can be over in a second. It is immediately fun and yet requires skill to time correctly and understand the weapons. 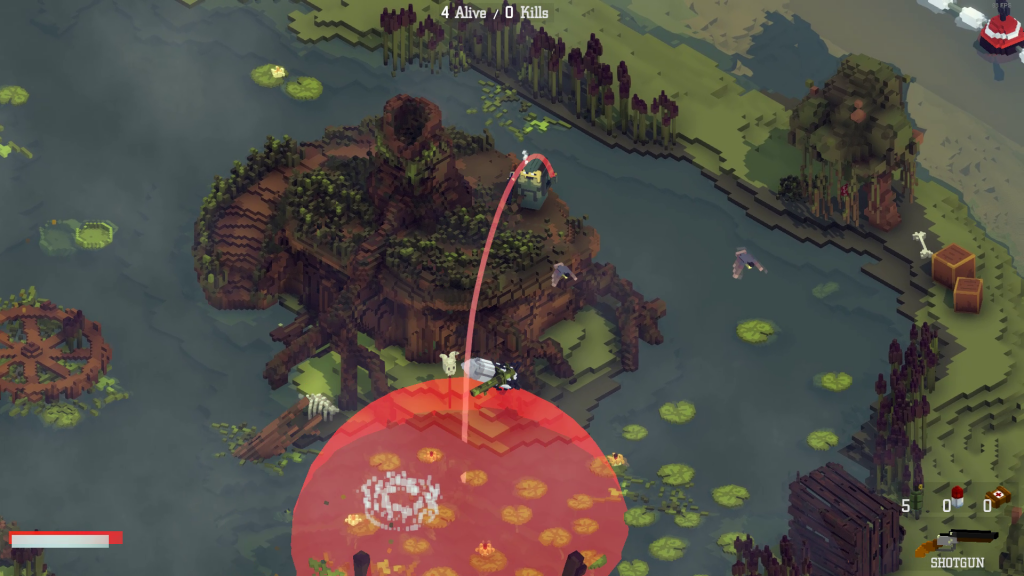 I love the graphics and rich voxel art with a little bit of destruction. Various areas are gorgeous and full of detail, which gives a lot of life and character to the place. Some hiding places are ripe for an ambush, even though camping kills the otherwise fast pacing. I just wish it was not possible to hide underwater, as this gave way to some extremely boring moments with players unable to shoot at each other. Sadly, as of yet the framerate is way too low for the game to feel as smooth as it should. Likewise, the netcode or the distance with other players makes it so that some fights are a little bit laggy even though it’s still largely playable. 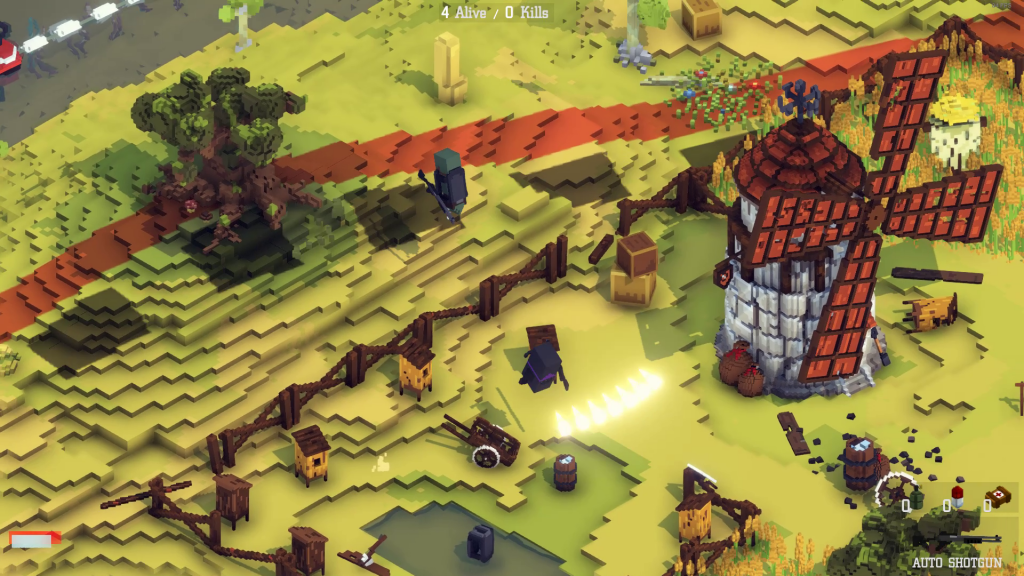 Don’t Stand Out In The… Crowd?

There are not many people online, which is always a shame for indie games built solely upon online multi-player. I was lucky when we managed to fill 4 out of 10 slots in a game. If you want to play it by yourself, you will struggle to find people online. You should either join a community (Discord invite included in the game) or get the game with friends. A wave-based single-player or coop would be a great addition. 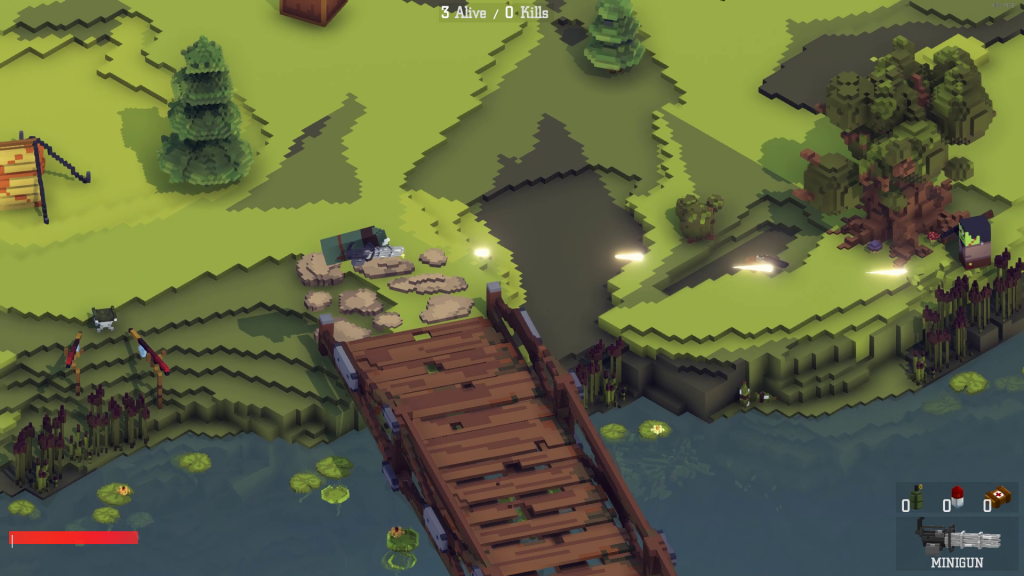 Due to the nervous gameplay and small map, Don’t Stand Out feels more like an arcade arena shooter. It’s nervous and quickly fun, however, the style gets repetitive too quickly, and there are not enough players to justify the price as of now. It remains to be seen how the game fares during its life in Early Access.