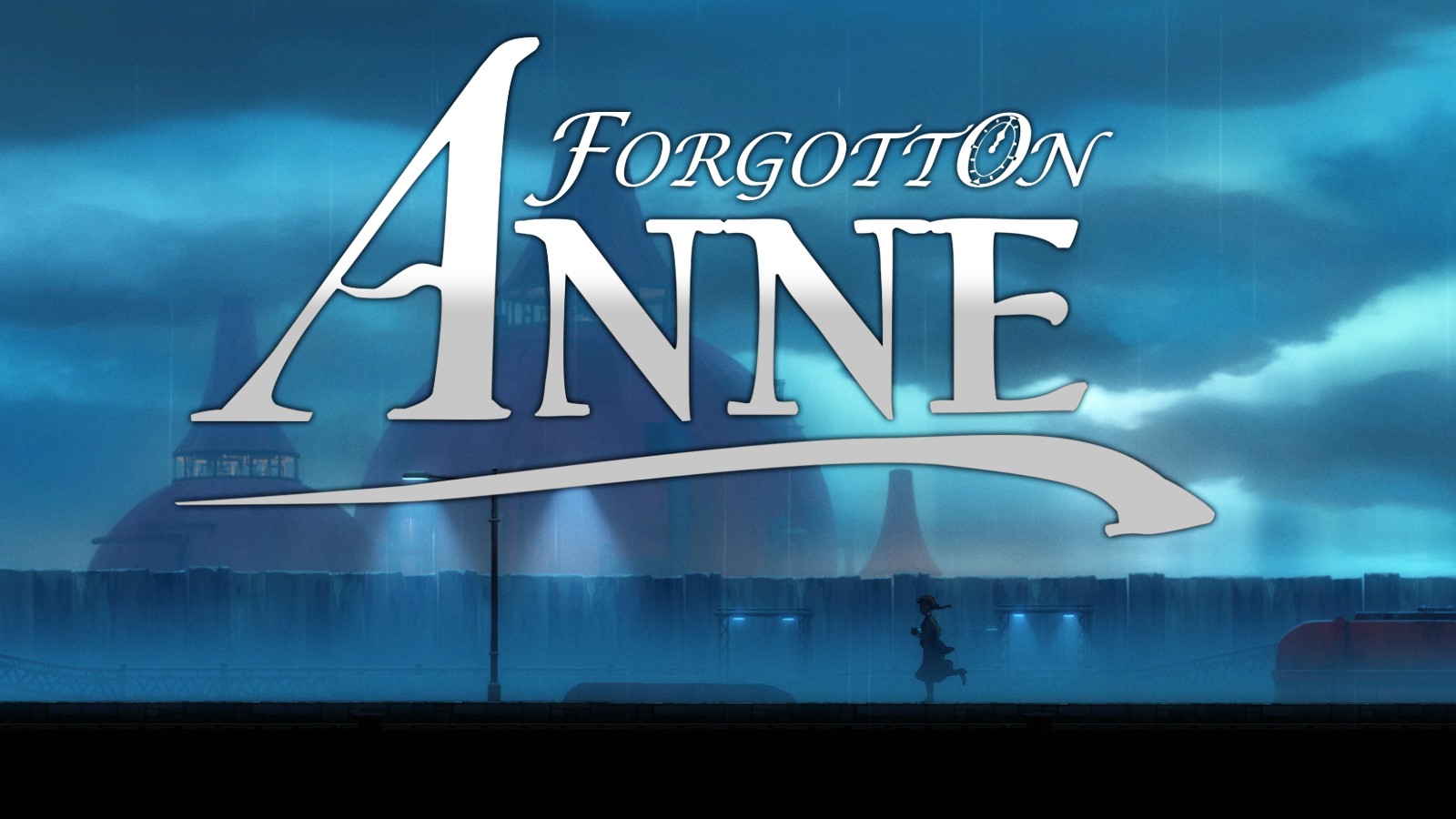 So that’s where my socks go. Well, I hope they had a nice life.

We have all lost something, whether it be that jacket that you forgot to take with you or an important paper that you misplaced. I could be perhaps you forgot you had something as the years pass. If you’re lucky, you’ll be able to find it again.  If not, it’s a mystery where it ended up. However, what if a whole other universe houses these items and gives them life?

Anne lives in such a world, along with another human named Bonku. Anne is the Enforcer, which requires her to keep the order and make sure those not following the rules anticipate repercussions. But why should Forgotlings (lost and forgotten things) listen? Well, Anne and Bonku both wield the Arca which can give or take away Anima, their power source and their life energy. If a Forgotling’s Anima is taken, or distilled, they will just revert to a regular old item again. However, rebels  have risen up despite the threat of being distilled and have threatened the near completion of the Ether Bridge as well as everyone to go back to their owners. Things have gotten too far out of hand, it’s time for the Enforcer to step in. 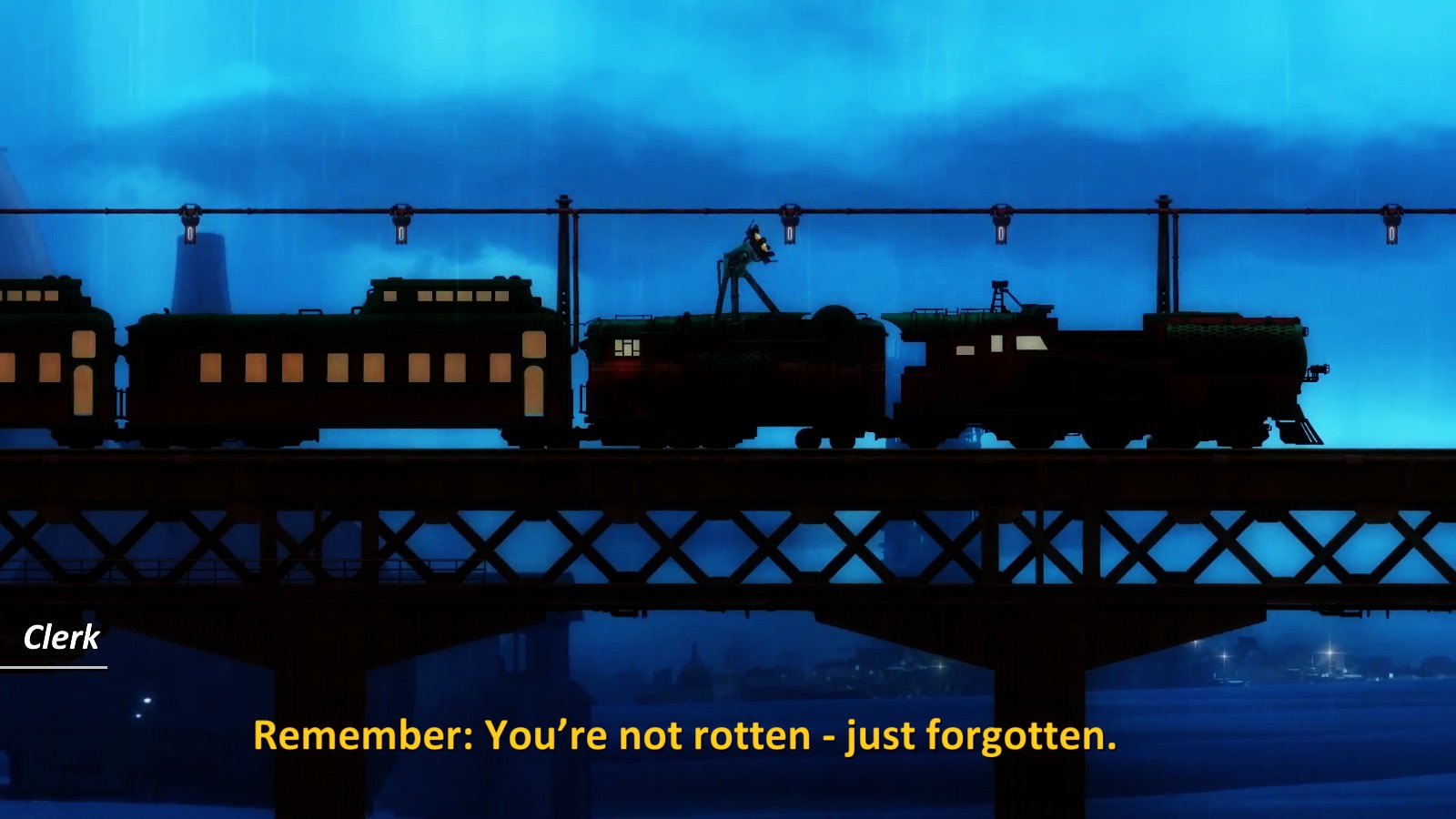 As you go on the journey to figure out what exactly is going on, you will be faced with choices. The most common is to determine who Anne is. Is she cold and heartless towards the Forgotlings or is she kind and forgiving? Do you distill with no hesitation or refrain from doing it? Or are you a mixture of both? Whoever you choose to be, these decisions will haunt you. No matter how bad you fee,l you can not undo it and the story will alter what happens in the future.

One of the first choices has you face to face with a scarf who has somehow gotten all the way up to your residence. Since rebels can be anyone, though usually spotted without verification stickers, and the scarf could be telling the truth, you have to face this decision to trust or distrust it. Do you distill this Forgotling for breaking in and possibly being a rebel or leave them be? If you decide to distill you learn that Anima can’t go back into Forgotlings to animate them again. This situation could have had a different outcome.  It’s this type of back and forth decision making that you’ll encounter throughout the game.

The characters are fantastic, and while Anne is a great protagonist to take control of, the Forgotlings steal the show. Despite Forgotlings only being animated items, they sure have a lot of personality in them. So much so that I couldn’t help but fall in love with them and thus feel guilty for those I distilled despite who or what they did. Fig, who has to be my favorite Forgotling, doesn’t just say what he believes but his actions also reflect it and his voice actor perfectly captured his playful and witty personality. The others also share their own personalities, however, distinct voice acting can be hit or miss. I did find that each voice is based on what they are and what their use was in the real world, which is nice. This also brings about another question, are Forgotlings only objects or are they like people at this point? 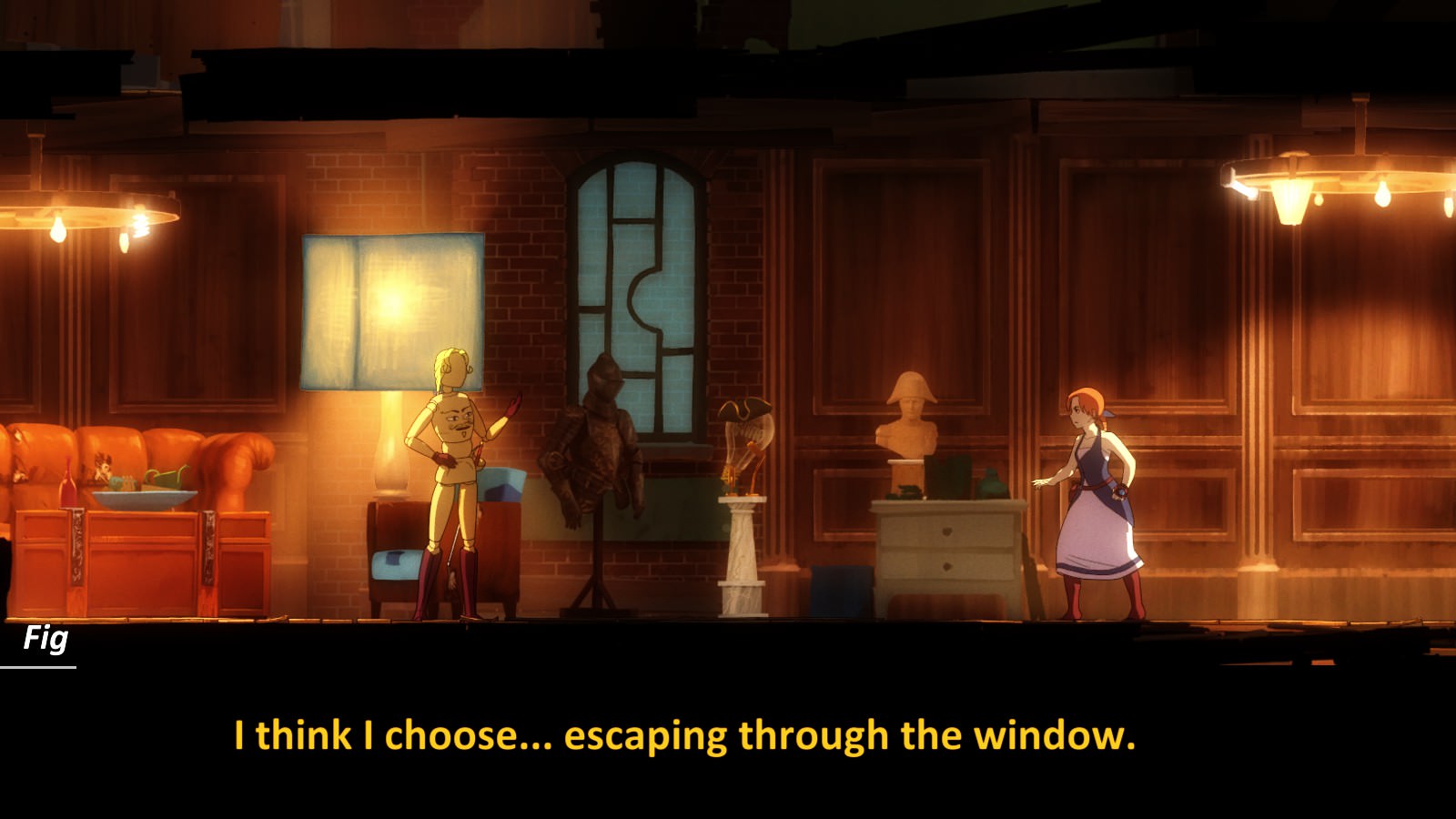 The puzzles are in the middle ground of being either easy or intermediate, depending on your own skill level. For the most part, you will face environmental puzzles that rely on you using your Anima strategically, such as having to power something specific through a dispenser with limited Anima supply. This can mean having to block certain paths that the Anima can flow through with diverters or having to quickly transfer Anima between the final destination and yourself since diverters can’t be operated without Anima being stored in the Arca. For some areas this can be pretty easy, but in other areas you  might be missing one vital part to continue. Far and few between are door lock puzzles, which have you moving disks to their designated places, and ones that don’t use Anima. 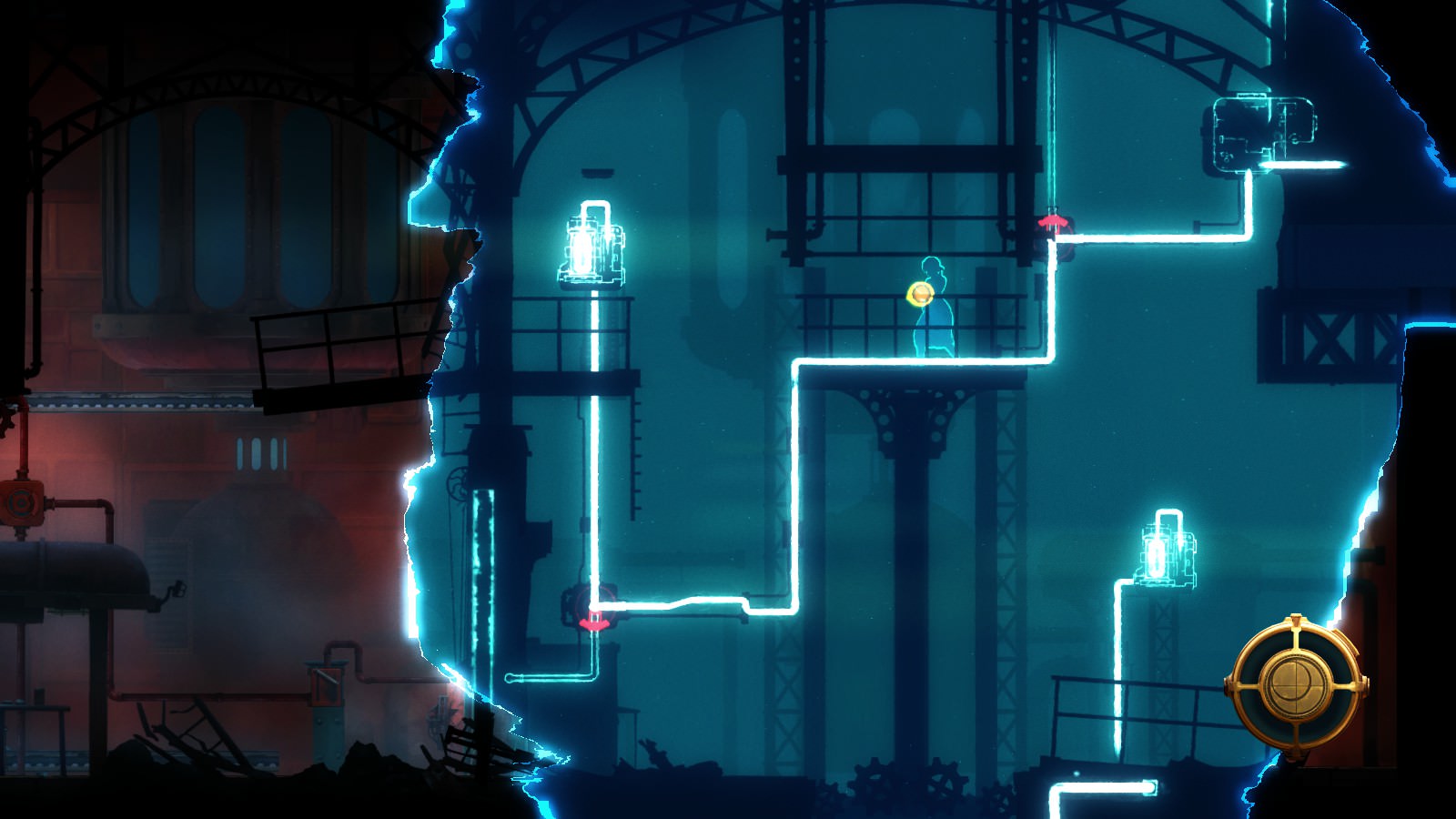 Forgotton Anne’s platforming is pretty decent. For the most part, there was really no struggle to get on and off platforms. You have different jumps you can do to transverse the world – regular, long, and wing – and if you miss you can try again. I didn’t like how the animation that Anne takes to pull herself up can feel a little too long and activating wings can cause an animation where Anne can’t move at the same time. The only problems I had were that sometimes I had difficulty jumping sideways with Anne’s wings without having a walking start first. The other problem was solely based on the camera, where thought I had pulled myself up onto a platform when in reality I accidentally pushed the wrong button, causing Anne to let go. Thankfully, this only happened in a specific, small area so you will not run into this problem frequently. 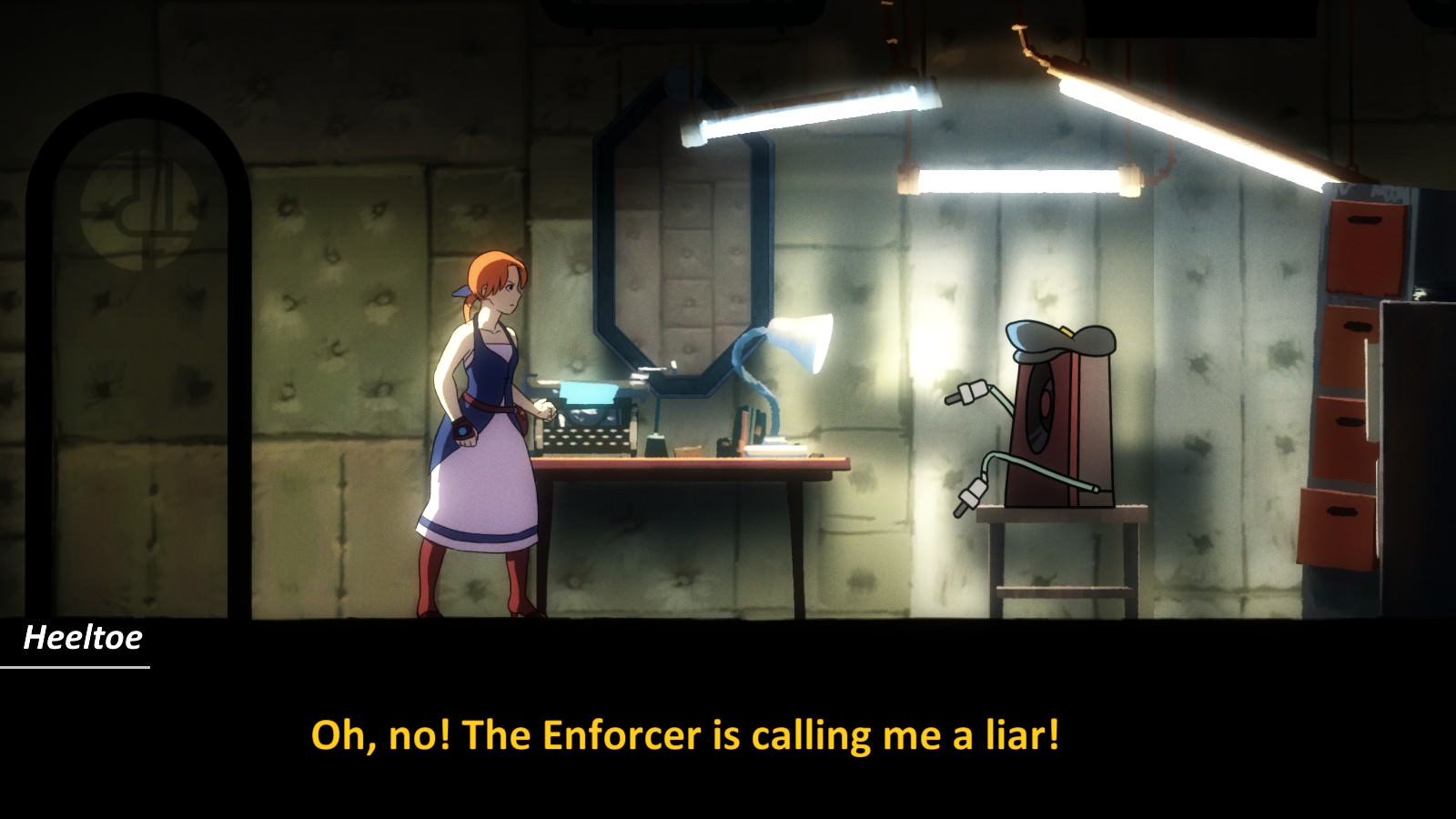 The visuals are beautifully hand drawn both in the cutscenes and in-game, reminding me of a Studio Ghibli film. The backgrounds and environment hold a lot of detail within them as this world is both colorful, but dreary, even though lights try to brighten up the areas a bit. Those backgrounds can often be traversed, so if you find something that is not on the same plane as you, you might have an area where you can walk through. Embarrassingly enough, I got stuck on such an area towards the end.

One drawback, especially for those that will replay to see how other decisions play out, is that due to the cinematics taking place in the game rather than through cutscenes, you won’t be able to skip dialogue. Only once you complete a playthrough will you be given access to “The Bridge” which has a device that lets you go back to a certain chapter. Navigating to where you want to go can be a bit confusing as you’re only given an image to go off of, but if an achievement is unlockable in a certain area this can get you there quickly.

Forgotton Anne is a wonderfully gorgeous game that has you question your choices and the information Anne knows. The world-building is also fantastic, managing to package the basic fundamentals in the beginning introduction in a very natural way while also shrouding some parts in mystery for you to discover later. Even with some of the drawbacks in platforming, this is still a worthwhile experience. If you’re looking for a wonderful story-focused adventure that just sucks you in, rather than a hard puzzler, this will be for you.