Gaia Beyond is a top-down space RPG with a classic feeling to it that, even in Early Access, shows promise and is fun to play in spite of having only barebones core mechanics in place. It is a good title to watch for as it develops.

Gaia Beyond is a space-opera RPG set in a distant future where humans have colonized the whole solar system and built a vast space-faring civilization. In this technologically advanced society you, as the protagonist, are living in a small colony at the system’s edge until one day when everything changes. The forces of Caduceus, a powerful enterprise in the Medical Sector, come to your colony warning of a mysterious virus, called the Ganymede Flu, which is spreading throughout the solar system and requires them to protect you from it. However, things look very suspicious as Caduceus behaves in mysterious and shady ways, resorting to violence in order to enforce their way of doing things to stop a plague nobody has even seen yet. So, you set out on a quest to find out what is happening and what Caduceus’ true intentions are.

General Gameplay
In Gaia Beyond you will spend most of your time controlling your ship in open space from a top-down 2D view. Piloting is simple enough with WASD controls, an autopilot function, a lock-on system for targets, and a few other buttons to do things such as stopping with inertial dampeners or landing on planets. The solar system you will traverse is rich with things happening and NPCs going about their business: you can talk, trade and even attack every single ship you encounter, some of them may have quests or rare goods, while others will just be hostile from the start, like Pirates.

You will also be able to land on planets and space stations, visit the facilities in these places, and talk to all the people you find there. Each has its own story and purposes and will give you quests, trading opportunities or useful information depending on the circumstances. A basic trading system is already in place, with vendors interested in different things, having limited money, and paying differently for goods based on how rare or in demand they might be.

There also is the option to buy upgrades and items for your ship, such as new guns, shields, and special modules. Being an early access title, many things are still not finished, though,  There are quests leading to dead ends, unfinished dialogue interactions, missing NPCs, and space stations devoid of any life throughout the game simply because the game is still being developed. For now, the core gameplay consists of doing the available quests which are fully developed, mining asteroids for resources, trading with some merchants, and killing pirates. This is not as bad as it truly sounds, as there is much more to be expected in the future from Gaia Beyond in terms of gameplay scope and depth. 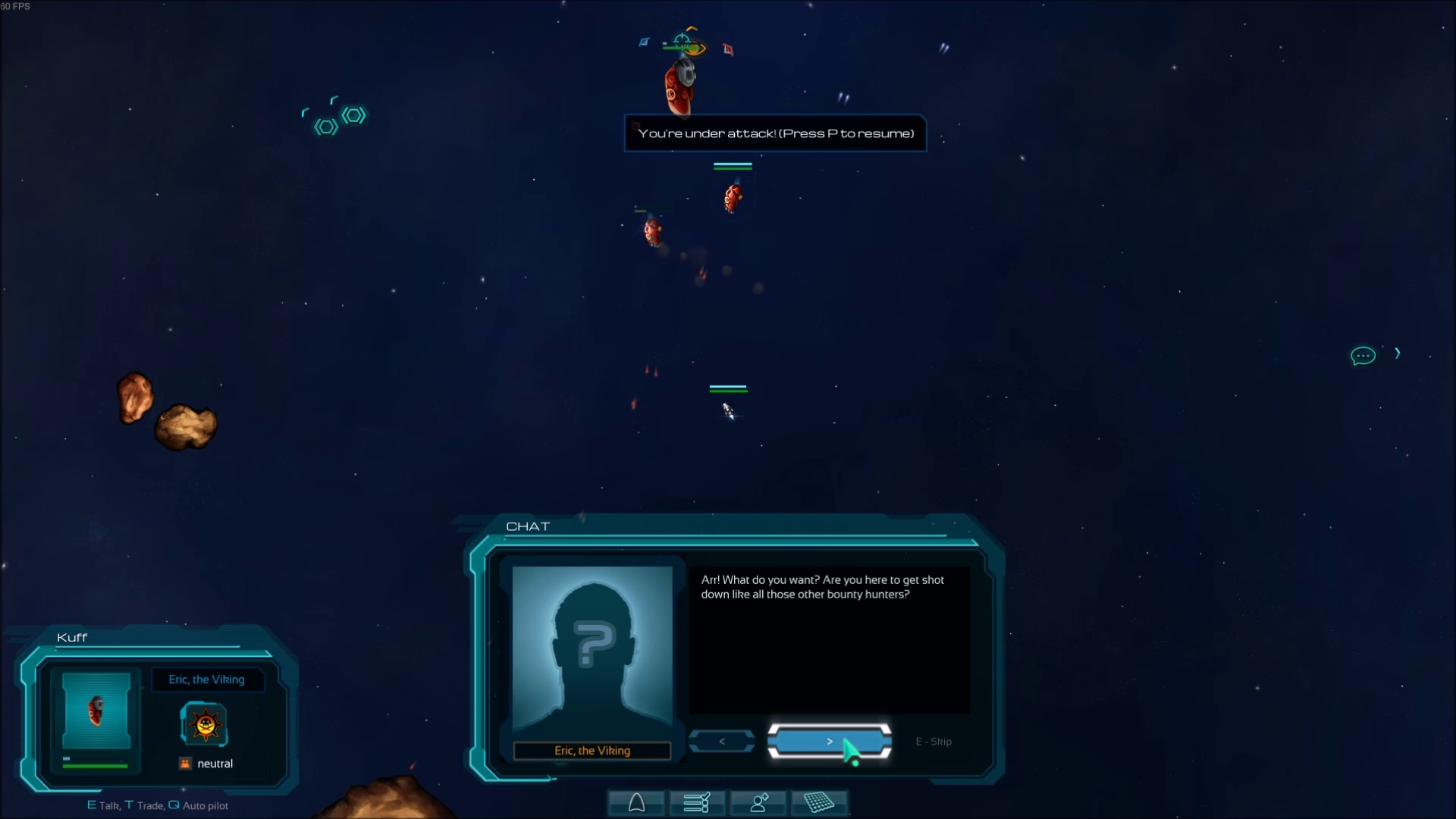 Combat System
The combat in this game is pretty much the type you would expect from a classic top-down shooter. Strafing and dodging enemy bullets will be vital for survival along with anticipating the enemy trajectories. Obviously, if you have more advanced weapons such as automatic turrets or seeker missiles this won’t be needed, but in the starting hours it definitely will. Expect to be engaged by multiple ships at a time. Allies won’t just stand and watch but instead intervene in aiding their comrades, especially if you are in their territory. There is a health bar and a shield bar on top of your ship, the shield regenerates after a while but health needs a repair station to get back to full levels. Ships can mount different weapons based on models, some modules will be for turrets, others for fixed weapons, and so on.

What I really disliked about combat is that for most enemies you can just go around in circles and shoot the enemies, adjusting your firing angle to match their movement. The AI enemies cannot do this (yet I guess), but you do. So, they will miss most of their shots while you will shoot them down after practicing to find the correct angle of aiming. With this method you can even engage many enemies at once and defeat them with minimal damage unless they have missiles or other very advanced tracking weapons, but that is rare.

Balancing
I believe the game could use a few balance changes. In particular, in one instance I was able to destroy a certain capital ship I was clearly told to run away from, including its whole escort, all with just the basic ship and mediocre weapons. Other than this I did not notice any drastic balance issue.

Challenge
For now, the game presents a moderate but enjoyable challenge that surely will expand in the future. 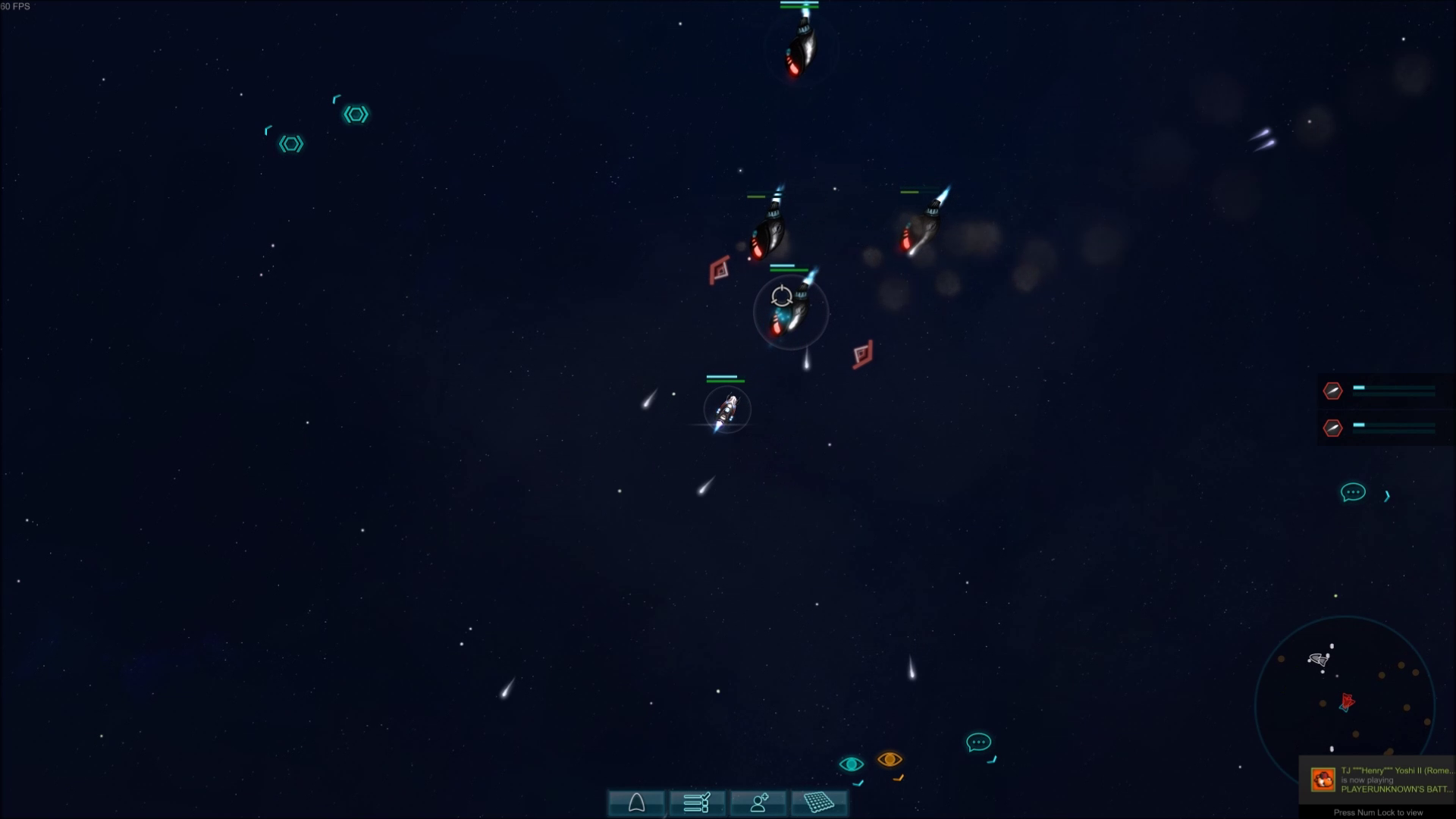 Graphics
The art style concerning space environment, planets, asteroids, ship models, and effects is acceptable.  Backgrounds in space stations, planet facilities, etc. are of a consistent quality, however, the portraits of characters you talk to are of a very inconsistent quality, some of them are well done and look great, while others look like to have been done with Microsoft Paint.  Overall, the graphics style is minimal, but effective enough to be enjoyable.

Sound
The soundtrack is quite good and I found myself tapping my feet at some themes played in the background more than once.  As for the presentation of the sound effects, for things like engines, explosions, guns, and other things, it comes off as adequate but nothing impressive.

Performance
The game performed smoothly with no problems to report.

Stability
There is currently a major issue with stability. In 3-4 hours of gameplay the game crashed approximately 15 times, sometimes leading to a considerable loss of progress, other times the auto-save feature saved me from losing anything. Still, this is an important problem that should be addressed and remedied.

Editor’s note: the devs have said that since Tamaster played the game these crashes have been permanently eradicted. We’ll give Tamaster a prod and he’ll verify and update this article accordingly when he gets around to it.

AI
Enemy AI will detect if allies are under attack and come to their aid.  The will also retreat if badly damaged and chase you if in good health. Overall, this is an expected set of features as far as AI is concerned for this kind of game.  Nothing in particular stands out, the AI are about average with no particular flaws.

Quality of Life
The menus and interfaces are good enough, however the main map you navigate could use some polish, especially with so many stacked icons of relevant places clustered together, Also, there is no quest description shown when hovering on a quest location on the map, leaving you unsure about which quest is which while looking at the map.

Bugs / Issues
Well it’s an early access game, so bugs are common and I won’t make a report about them here. 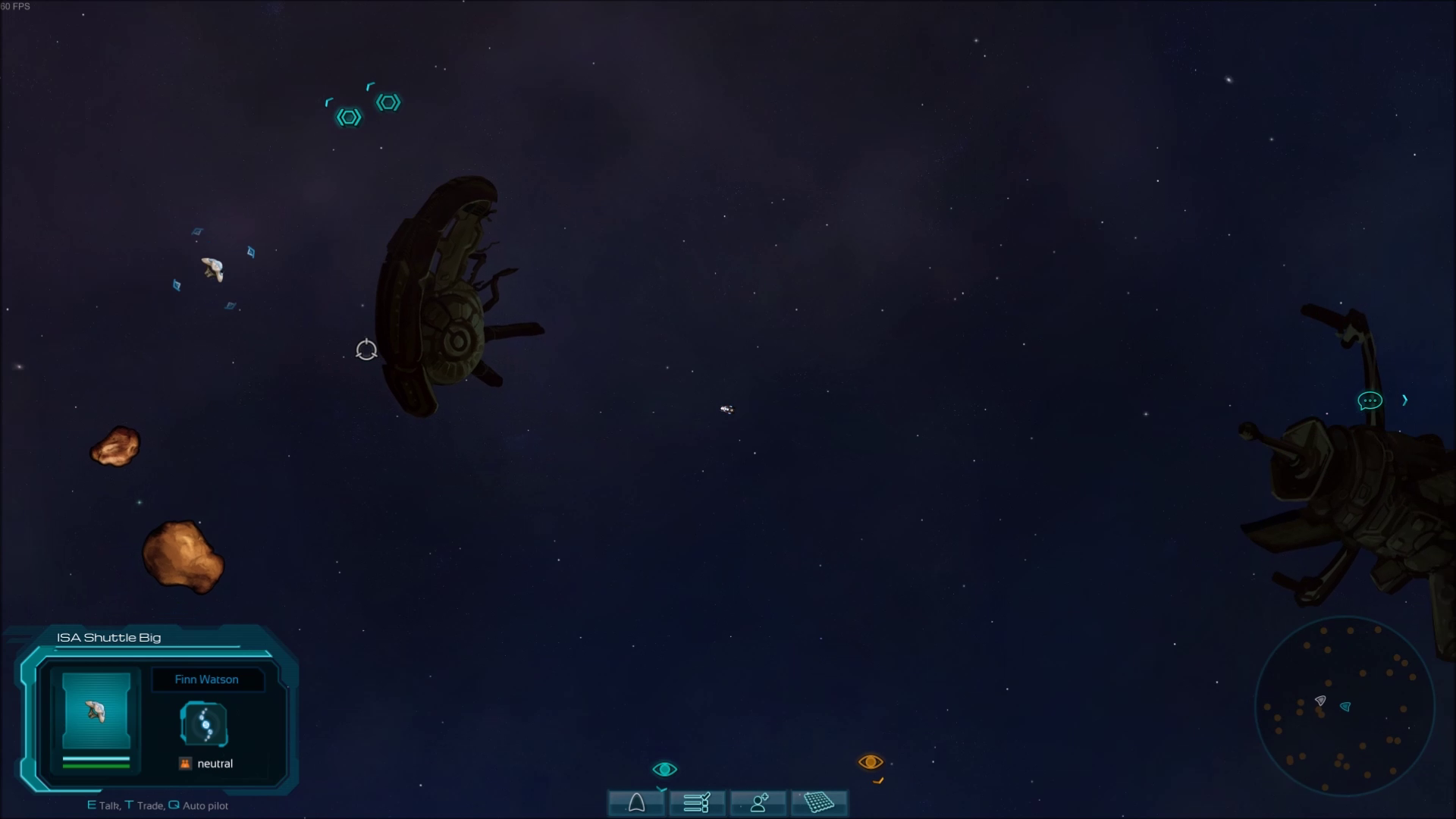 Gaia Beyond has all the potential to become the next hit in the Space Opera top down genre, maybe it can even be a worthy successor to the sacred Space Pirates and Zombies 1, a masterful example of how good this kind of games can be. Stay tuned for updates on this game, it shows a lot of promise.