Tower Of Time is a classic roleplaying masterpiece and one of the best Classic RPGs that has come out in years. A must have for any RPG fan.

Tower Of Time is a Classic RPG with real-time pausable/slowable combat and isometric 3D graphics. The world has been nearly annihilated by a great cataclysm of which nobody remembers the cause of, but everyone still suffer its effects. All that the Old World was, a marvel of technological and social progress, has been lost over the centuries, and now the scattered survivors, merely a fraction of the population, struggle to survive devastating climates, magical anomalies, and attacks from savage monsters. As a child, you encountered a long forgotten arcane entity that revealed your true destiny lying at the bottom of the Tower, an immense Old World structure where unthinkable power lies dormant. Years pass, and you make a name for yourself in the ranks of the last human kingdom. With the blessing of the king, you venture forward to the Tower, searching for your true destiny and an explanation for what happened to the world.

General Gameplay
Tower Of Time may seem, at a first glance, yet another generic RPG, but nothing is farther from the truth. The game takes the classic mechanics typical of Classic RPGs, such as detailed character building and progression, complex and detailed roleplaying situations, sprawling level design, great variety of enemies, equipment, magic and bonuses, and combines all these already excellent features with new mechanics typical of modern gaming standards, such as a very deep crafting system, that allows you to forge, upgrade, and even customize each piece of gear’s single attributes. Additional unlockable challenges give actual ingame items as rewards and there is realtime pausable or slowable combat (as you prefer) along with very different enemy encounters with different game modes, where objectives are varied and different for almost each fight. This forces you to elaborate new strategies and formations every time.

Your mission is to arrive at the bottom of the Tower and reveal its secrets, and to do this you will have a base camp at your disposal, near the entrance. You will be in control of what happens in the camp, and have the duty of upgrading its facilities (like Armory, Barracks, etc.) in order to allow your heroes to train in more advanced techniques and level up. One singular mechanic concerning this is how experience works in this game: unlike other games, you will not gain experience by winning fights and completing quests, but instead money equals experience. Scattered around the tower, and as reward for quests and challenges, you will find gold, and that is used not only for upgrading your camp structures, but also to pay training fees to your heroes. In order to upgrade the facilities, you will also need to find lost blueprints teaching ancient battle techniques, lost over the centuries. Never in history has money equalling power been more true.

After leveling up, your heroes will acquire new skills, attribute points and passive bonuses. You will then have to distribute them properly in order to specialize each hero the way you think is better. Gear plays a very important role in a hero’s build, because progressing in the game will unlock more and more deep crafting mechanics.  Eventually, you will arrive at a point where you will be able to infuse powerful Enchantments in your gear, customize passive bonuses it gives, and generally craft gear “ad hoc” for a specific type of class you may want a hero to be. This game succeeds in the rare effort of giving the variety of gear of an ARPG but with the depth of a Classic RPG. Exceptional!

In your adventures inside the Tower, you will encounter many events, dialogue sequences, secondary quests, and puzzles to test your role playing skills. As commander, you will also be able to influence the minds of your champions when taking critical decisions, or instead, leave them to decide on their own. Each of these choices, often regarding important events, will alter the alignment of every single party character based on their personality and attitude towards that specific event, and from alignment changes, passive bonuses or maluses will appear. In short, you cannot make everyone happy with your choices, and unhappy characters will result in them being less effective in combat. Be wise.

Overall, the gameplay of Tower of Time is rich, deep, very varied, and damn satisfying. It is one of the best formulas that perfectly blends tradition and innovation like very few other games can.

Combat System
Combat in Tower of Time is in real-time, but slowable or pausable, as you prefer. The maximum party size is four characters. Each combat will start inside a designated arena in the form of Encounters. Here you will have to control your character and use their abilities to defeat your enemies or fulfill special objectives.

Your heroes all depend on mana to use their skills, so you have to be wise in managing it, as heroes without mana are much less effective. Champions will divide in support, tank, DPS and so on type of classes, as a base, but you can easily change their field role with gear and attributes development, to an extent. Enemies will use lots of different skills and auras, soon taunting, splitting enemy formations, and using combinations of skills on enemies at the same time which will become crucial to survive combat.

While the basic combat system by itself is great, the best part of combat encounters is the objective variability, asking you to fulfill special requirements, and dramatically change the strategy you need to use to win. A truly brilliant mechanic that keeps combat fresh and full of tension. There is more: you can even use environmental interactions while exploring to weaken certain bosses or encounters and have the odds in your favor.

Overall, it is a classic RPG combat system overhauled with fresh mechanics that will satisfy veterans of the genre and newcomers alike.

Content
The game has a ton of quests, challenges, exploring, and puzzles to do. I would estimate the duration around 60-70 hours.

Balancing
The balance feels good early in the game, but then problems start to appear. Some characters are way more powerful then others, rendering some useless. Some builds / meta are way too cheesy and broken atm.  This can turn the game into an easy run if people use them. Overall, some balance problems that need to be fixed.

Challenge
On the two hardest difficulties, this game is tough as nails, very punishing, and one wrong move means defeat. Yet it is always fair. A real old school challenge if you want it to be one. 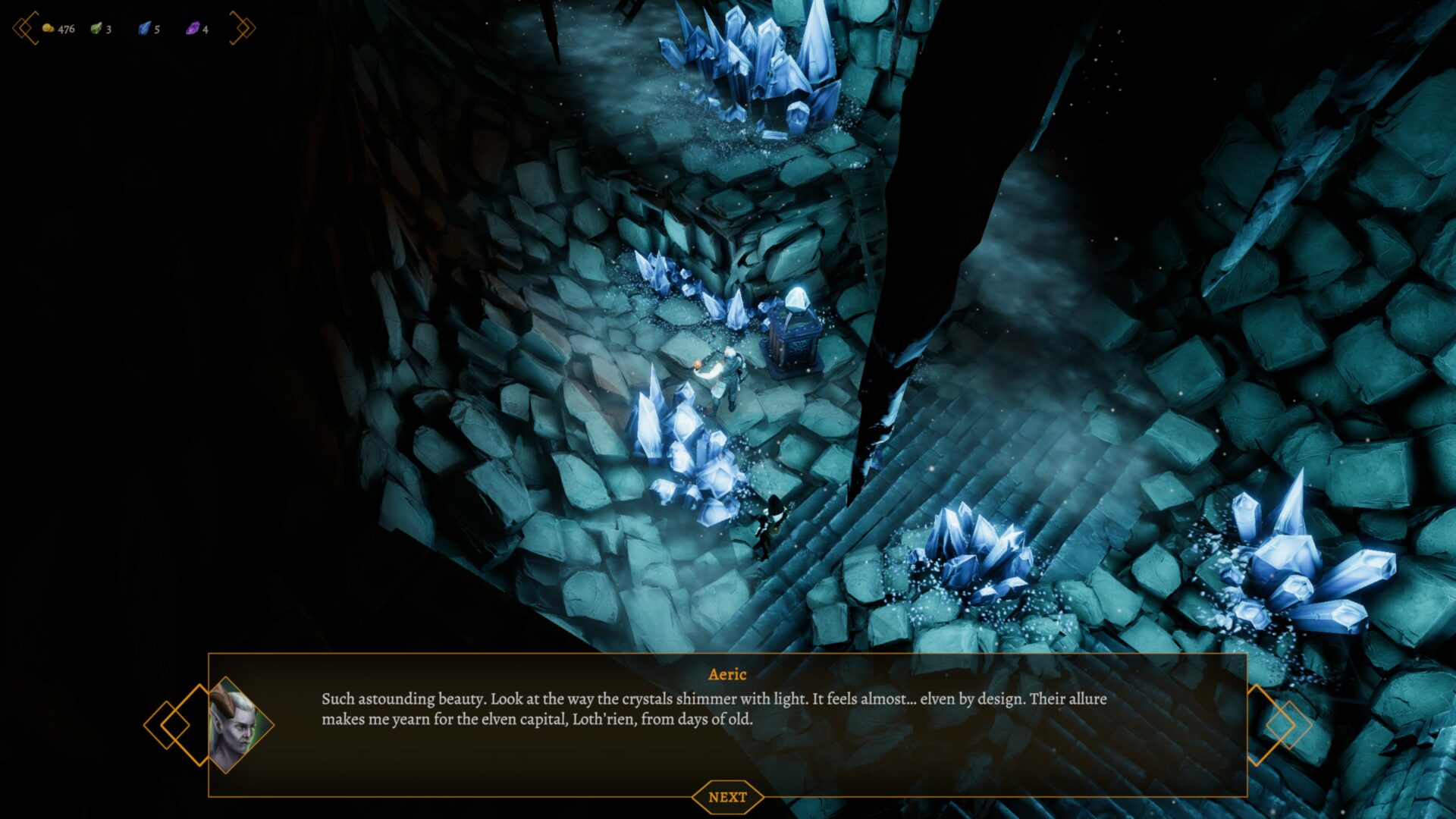 Graphics
There is excellent art and portraits with a good quality for the 3D environments, models, UI, particle effects, and shaders. While not stunning in its graphics presentation, Tower of Time delivers a pleasant and well made style that suits the genre perfectly.

Sound
Sonically, we have some wonderful acting and narration accompanied by a very good soundtrack, great sound effects, and general ambient sounds.

Performance/ Stability
Nothing to report.

AI
The Enemy AI is brutal and smart. They will always use the right skills at the right moment, focusing on weaker party members like DPS or supports  and slow tanks and frontline fighters to impair them. This is a very well developed AI as they will leave you no quarter.

Quality of Life/ Bugs / Issues
Nothing to report. 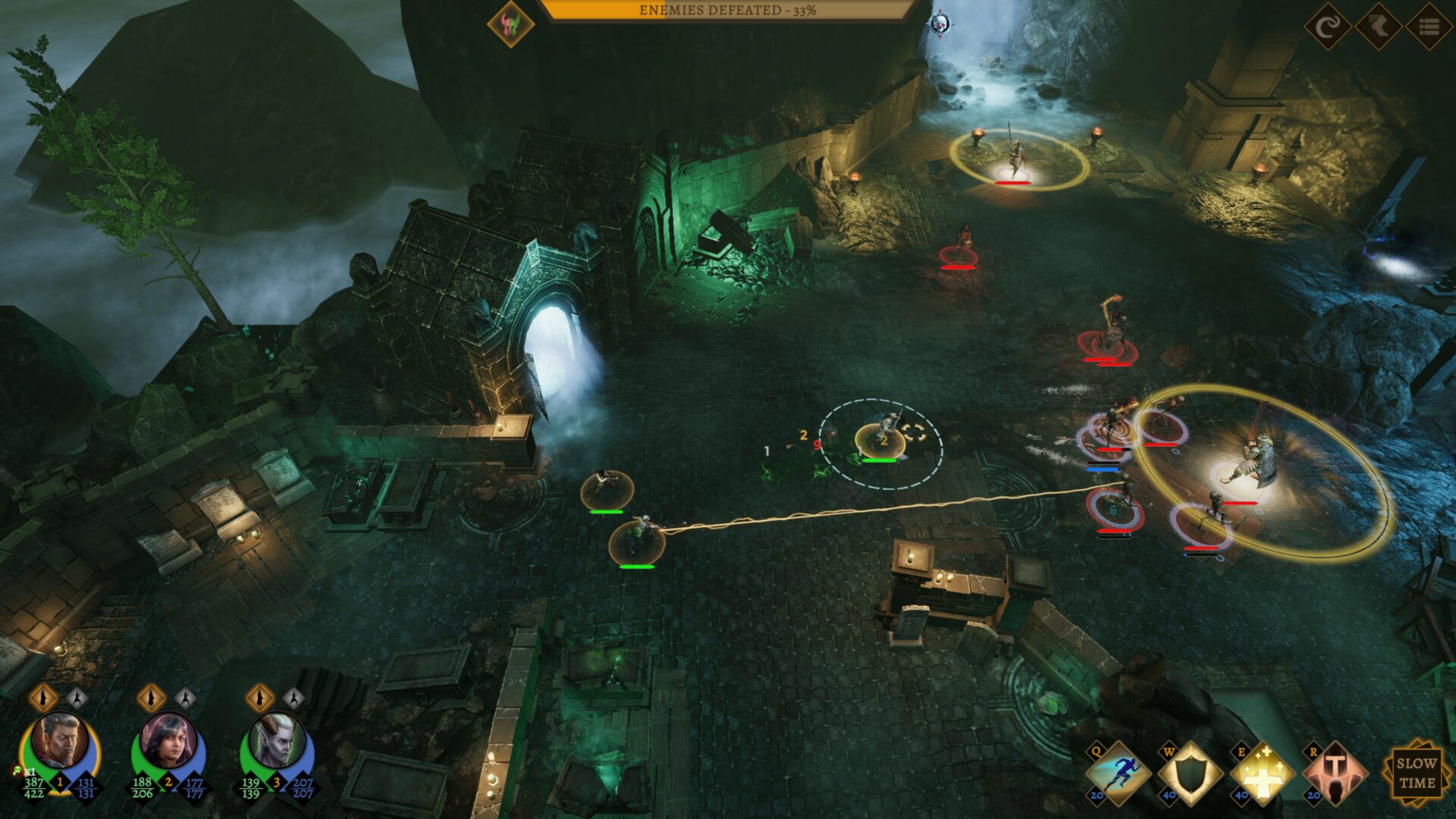 Tower of Time is a great masterpiece that successfully reinvents and modernizes the CRPG genre in a sublime way. With a compelling story, charismatic characters and excellent role-playing, this could easily become a cult classic.