Band Of Defenders is a promising tower defense with potential that still lacks in balance and progression mechanics, falling short in several aspects.

Band of Defenders is an FPS defense game with base building elements. Hundreds of years after humanity’s near destruction from nuclear war, the world has become an unforgiving wasteland where only the strongest survive. Almost all people either mutated into monsters or became criminals. In order to defend what little is left of the good humanity, the Band of Defenders has been created, an organization tasked with protecting vital infrastructure against the dangers of the post-apocalyptic world. As part of them you will have to build defenses, upgrade your weapons and work together with other teammates to overcome hordes upon hordes of mutants and raiders.

So far sounds good right? Well, it is a little more complicated than that… as you will read.

General Gameplay
Band of Defenders is basically a Tower Defense with an FPS playstyle. Each match is composed of waves that will spawn increasingly stronger and with more numerous enemies. Your objective is defending a critical facility, which varies in every map. Differently from most tower defenses, there are no funneling or pathing mechanics to it, you cannot build your own paths to direct enemies where you want, but rather build layers of walls and defenses that can all be destroyed and damaged by the enemies coming from pre-determined directions from each wave. This is not a bad choice, it’s just different from other tower defense games.

There are several types of turrets, walls, weapons and utility structures to unlock and use in battle, and also Upgrade and Repair between each wave. At the start, you will only have access to a small amount of them, the rest can be unlocked by leveling up with the experience earned at the end of each match. A successful match will earn base difficulty XP plus some bonuses, while losing a match will earn only half XP based on how far you have went before losing. Now comes the bitter part: Loot Boxes. Yes you got it right, to earn more powerful items and weapons, and also cosmetics, the game uses two different Loot Boxes: Arsenal, which gives weapons, turrets, buildings and perks, and Loot, which gives out cosmetics of three different rarities.

The problem with the system mentioned above is that what you get from each crate is completely random, which is an issue when we talk about weapons and buildings, and not only cosmetics. Getting better versions of towers to unlock further upgrades is also tied to this Loot Box system, which also ties players to playing lower difficulties over and over and over until they get lucky and unlock that one specific tower or weapon that allows them to effectively play at a higher tier difficulty. Good luck succeeding in Apocalypse or even only Hard difficulty without having dropped the proper tower upgrades and good weapons, even if you are way above the minimum required level it does NOT matter, only equipment makes the difference in Band of Defenders and that being tied to a Loot Box system is just AWFUL.

Of course if you find yourself in matchmaking with some player of a level higher than you, he can craft and drop advanced weapons and upgrade turrets to higher levels as long as someone builds them, but that is just a matter of luck and does not address the problem there is in the progression system in the first place.

There are many other issues other than Loot Boxes system in Band of Defenders. The general lack of polish and clunkyness is not to be underestimated, but can be forgiven since there is much worse nowadays. Other problems encompass the poor map variety (Only 3-4 maps!) and background repetition of the gameplay formula. Don’t get me wrong Tower Defense games are all more or less repetitive but the variety and complexity of mechanics do give a big hand in lessening the core repetition of the genre, well this does not happen in Band of Defenders since the mechanics regarding Building, Character Progression and Combat are very basic, very immediate and lack a lot of depth and strategic elements. The game will become very repetitive, stale, and just give out an “already seen already done that” after just a dozen or so matches. 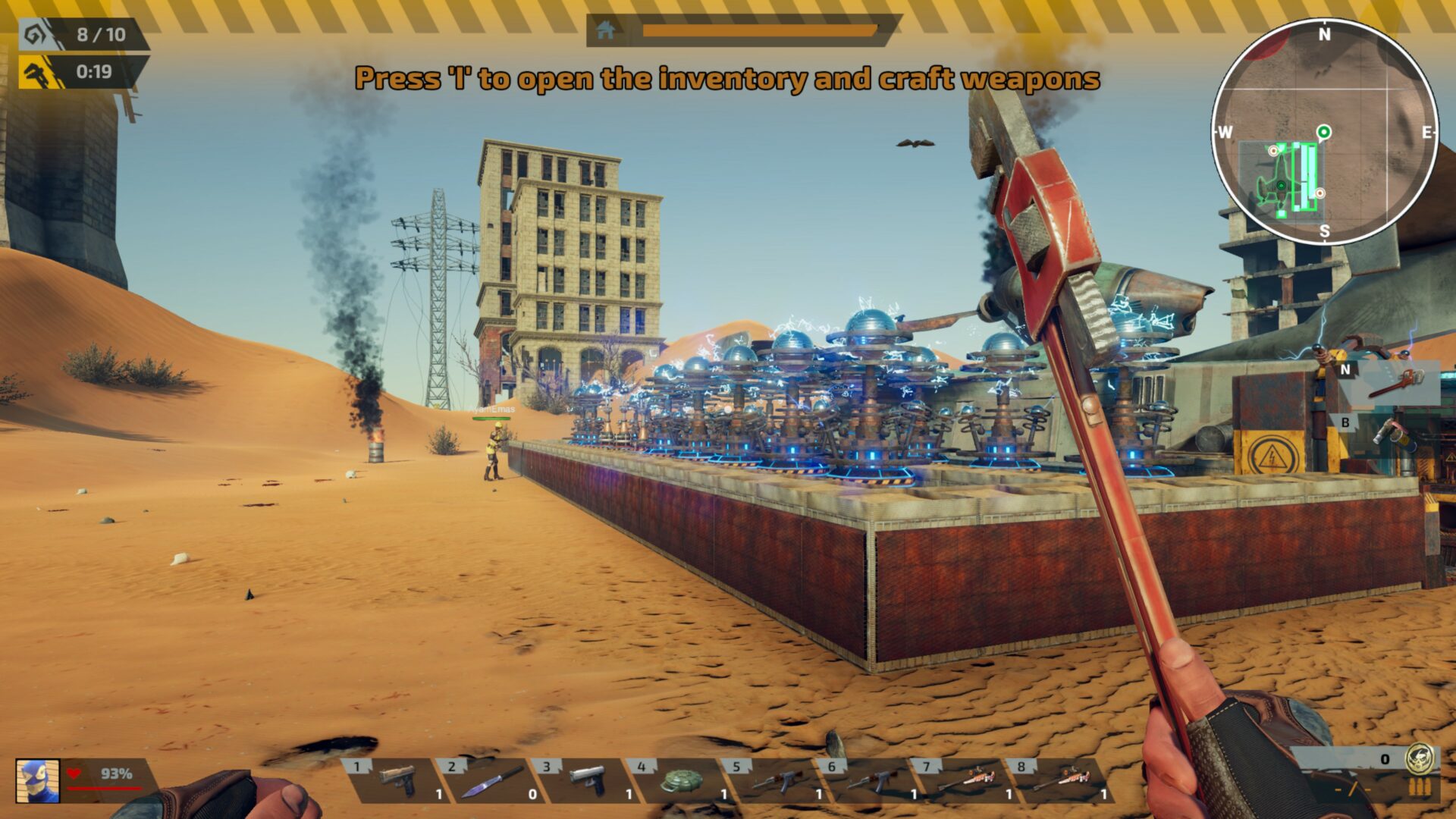 Combat System
Combat here is mainly an FPS style where each character can have several weapons and craft more if needed. All weapons have a set amount of ammo that is reloaded at the end of the waves or at Ammo Benches if someone had the luck to DROP them from the loot boxes and therefore can build them. Characters can trade weapons with each other so higher level players can give their shiny sniper rifles to everyone if they want to do so to have greatly increased firepower. Characters can also die in waves and will respawn the next one, if all characters are wiped in a wave it’s game over (even if turrets are still standing!).

Scoring headshots to enemies will be important as they dish out greatly increased damage. Some enemies have armors or shields to be more resistant in certain parts of the body which is appreciable as a mechanic. Speaking of Enemy Variety there are some that can overcome walls and target players, suicide-runners that inflict great damage if they get close to defenses, Screamers that disable turrets, and Heavy Shielders that require several hits to kill, and a few more.

Each last wave a Boss enemy will spawn along with an escort of normal enemies. Each Boss has its own attack patterns and weapons and generally is a huge damage sponge. Killing him results in instant victory even if many enemies are still alive, so focusing it is all that matters in a Boss wave.

Balancing
The balance is completely broken. All turrets are useless except the Tesla one which has incredible damage, range, can shoot through structures and is also quite cheap. Place 15-20 of them, upgrade them all to a decent level and put a layer or two of good strong walls around them, then just look at enemies melting like snow in the sun. The same goes for weapons: only two weapons are actually viable for the “metagame”, the AK-47 Rifle and the Heavy Sniper: the first is very good against Infantry while the second can mow down any Heavy enemy with a few headshots and is often used by four people together to just DPS-spam Bosses and win easy. All the other things, perks, mines, weapons, etc. are just redundant and useless. If one however does not follow this “meta” he will have a very hard time winning any game at harder difficulties since this is the only viable way of doing so.

Challenge
This Depends. If you know the right method, the challenge is quite low. If you don’t, it’s all pain and broken bones. The difficulty is feels artificial with enemies just requiring more or less DPS, being damage sponges. 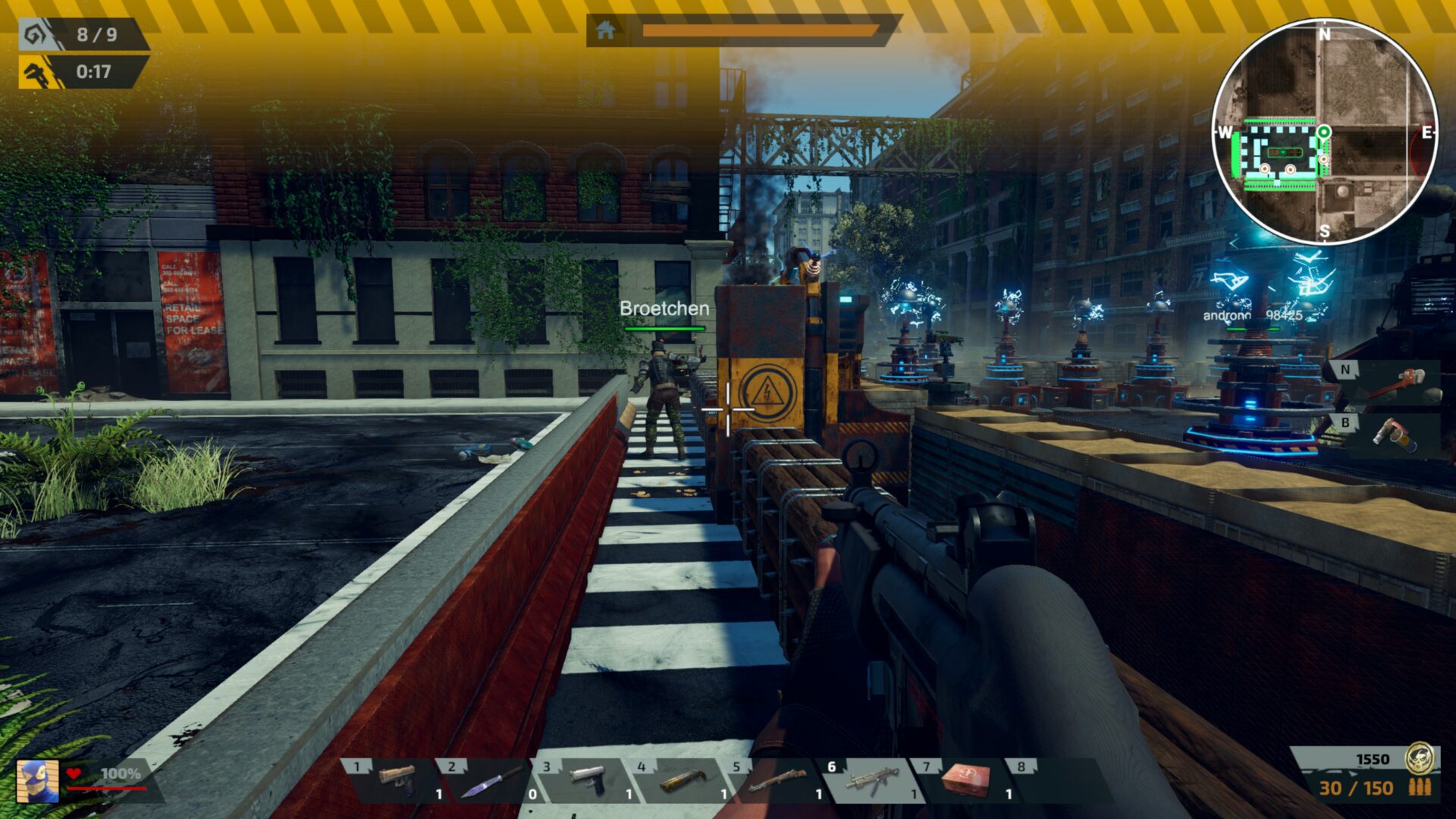 Graphics
Here we find rather outdated graphics clearly made from Unity assets and the engine. I mean no offense to Unity which can pull off great graphics if used correctly, but in this case, it’s not a stellar use of them.

Sound
Sonically, we have stock, unimpressive sounds with music that is looped for 15 seconds over and over.

Performance
Here, I had some FPS drops for no reason in some situations, generally not bad.

AI
Enemy AI is a basic “follow and attack” AI, that will attack what is closer to them.

Quality of Life
Menus and UI are alright.

Bugs / Issues
Sometimes a game breaking bug can happen where a wave does not end because some enemies just don’t spawn. This means having to reset the game and losing the progress of the current match. 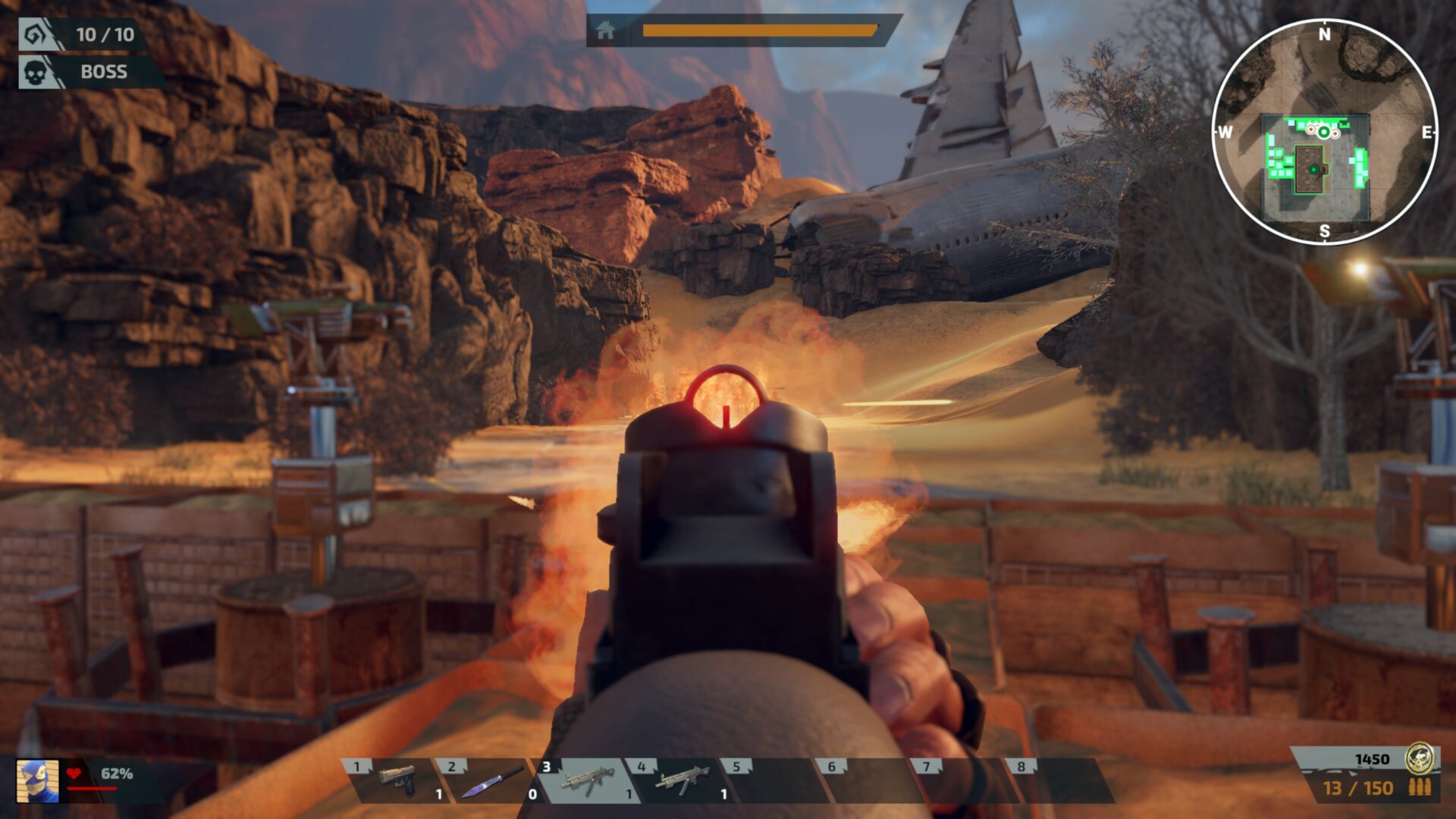 Band Of Defenders is a Tower Defense FPS hybrid with some good mechanics and gameplay choices but it is ruined by the Loot Box system and the balancing choices that need to be completely reworked.  Keep this in mind before you play.