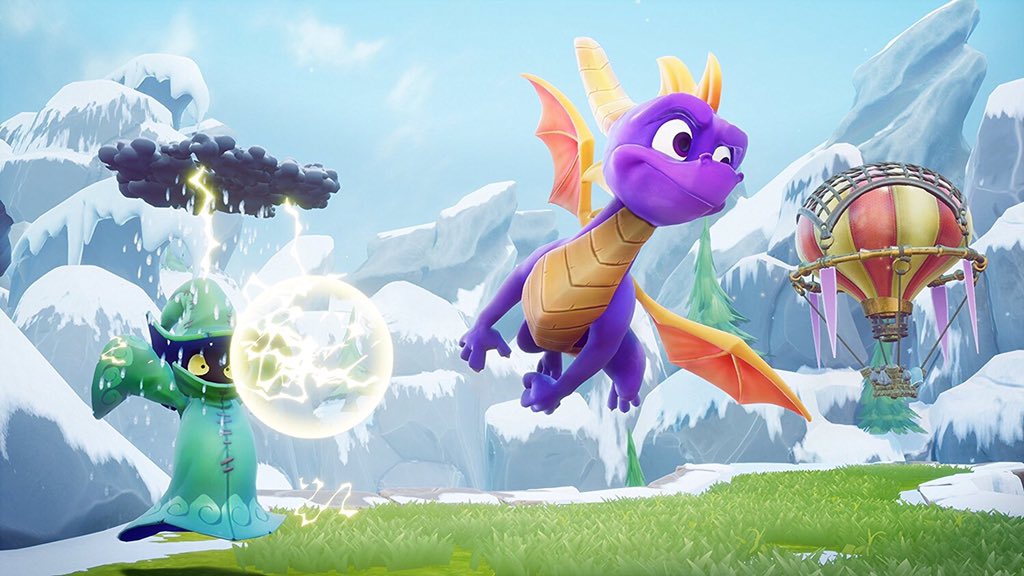 When it comes to big games, each year the slate of releases rely heavily on the success of games in the past. Granted, some of these may be predecessors in the franchise or the game may be a tonal sequel (e.g. Call of Duty and the constant updates in place of sequels), but they largely still rely on the established fanbase that a previously released game will have attained. But is nostalgia for a game we know and love enough of a marketing ploy to sell copies of a reboot, remake or remaster?

The remake of Final Fantasy VII is due to be released at some point in the future, to much fanfare. Especially given how the original, released in 1997, was deemed to have really drawn interest and attention to the game series and helped to define the genre, the Square Enix-developed game hopes to rely on the legions of fans who have been playing the sequential titles since FFVII, which is a tactic widely used across video game marketing. The game even received a Guinness World Record in 2017 for the most prolific video game series. The nostalgia factor of the original game as well as the sequels, for instance Final Fantasy 15, which was released in 2016, will be enough to create the necessary hype: some will be measuring the game against the original, others finding it for the first time – but all of them will be playing it.

Why Do We Crave the Nostalgia?

However, the argument that original players just want to play the game because they want to see how well it compares doesn’t hold up to the amount of hype and ticket sales expected. Indeed, it’s not just the gaming world. Spiritual sequels or remakes of classics like 2015’s Jurassic World tend to succeed due to the deep-rooted nostalgia attached. The Universal Studios film grossed $725,671,700 worldwide, while 1993’s Jurassic Park (adjusted for inflation) grossed $841,088,300, showing that a steady fanbase can be a lucrative marketing tactic. Indeed, according to Betway, nostalgia can play a key factor in a game’s success, as it did with augmented reality game Pokémon Go, that literally stopped traffic throughout summer 2016. Dr Mark Griffiths, a professor at Nottingham Trent University, elaborates: “Nostalgia was an important motive for those who had been fans of Pokémon prior to the introduction of Pokémon Go.” So it’s clear that nostalgia is a powerful influence, so tapping into that emotive connection can already guarantee a healthy amount of sales for a game, which is ultimately the goal of most developers.

The nostalgia factor can also be unlocked through remastering classic games. 2017 gifted us a Vicarious Visions remastering of the original Crash Bandicoot trilogy (1996 – 1998), titled Crash N.Sane Trilogy, which saw every level carefully re-rendered and the gameplay made more difficult. To fans of the original, the remastering was fresh enough to warrant buying and playing, while new fans not around for the original will also have been interested enough to play. Indeed, PS1 fan favorite Spyro the Dragon (1998 – 2000) has also been given the remaster treatment and is being brought back at the Spyro Reignited Trilogy. Given that Crash sold over 2.5 million copies of its remastering, it’s likely that Spyro developer Toys for Bob sensed the market was rife for a remastering of a classic.

Will a New Twist on an Old Game Always Be Successful?

While the nostalgia factor may play some positive part in ensuring sales for the game, as with many things, there is no guarantee. The arcade classic Space Invaders was given a 2002 remaster entitled Space Raiders on the GameCube and PlayStation 2, once again released by Taito Corporation. It which took the action to the streets and instead of pixelated aliens descending in a simple gameplay, it became a third person shooter. So, while the game relied on the elements that people enjoyed in the first game, the retooling of the gameplay resulted in the game being a flop. More recently, the brand tried again with Space Invaders Extreme, a release on Steam. New twists that stick closely enough to the original formula can result in a successful game that evokes nostalgia – though as with any game, it is a gamble to ensure that the audience enjoys it. Remastering, which sometimes just means that games available for obsolete consoles can be re-played once again, is a surefire way to evoke the nostalgia. Grim Fandango Remastered, the remastered version of the iconic adventure game from 1998, is also available on Steam. It was released in January 2015 by Double Fine Productions and has received very positive reviews.

The nostalgia factor is definitely a useful tool when developing a new game, but there are some pitfalls to avoid. Firstly, the game has to have enough of a new edge to keep fans happy – re-releasing a game frame for frame, without any additions or updates, is likely not to go down well. Secondly, the nostalgia must be enough to connect the player emotionally with the previous game. Titles that are too loosely related may end up doing more harm than good when the player is unfulfilled with their nostalgic needs. Overall, developing a game strategy around nostalgia and games that have already been successful is lucrative and can ensure that the game’s legacy is carried on for generations.