Synthwave aesthetics fused with vehicle arena combat. Is Nightwolf: Survive the Megadome already worth your fiver?

Five years after Far Cry 3: Blood Dragon and Hotline Miami showed mainstream success is possible for all types of 80s-styled games, Nightwolf is here to revitalise Vigilante 8 gameplay as a vehicle battle arena with a dose of rogue-lite. 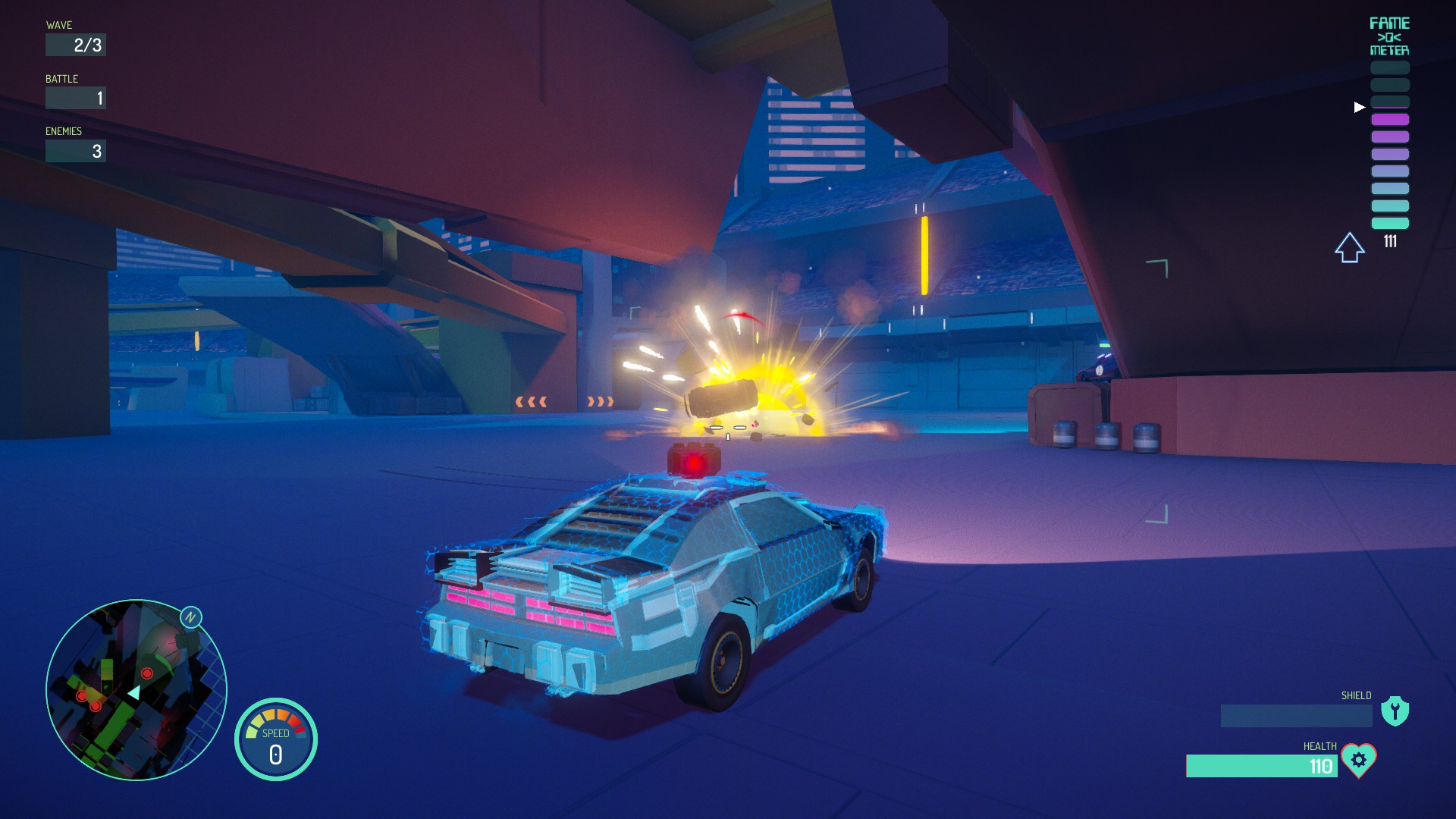 For those who miss(ed) the glory days

The late 90s were the heyday of both games where your car rams everything into little bits, e.g. Carmageddon, and vehicular combat titles, typically arena brawling with front-facing weapons mounted on cars – think Twisted Metal, Vigilante 8. This kind of “last DeLorean standing“ gameplay is what Nightwolf: Survive the Megadome has to offer at the moment. 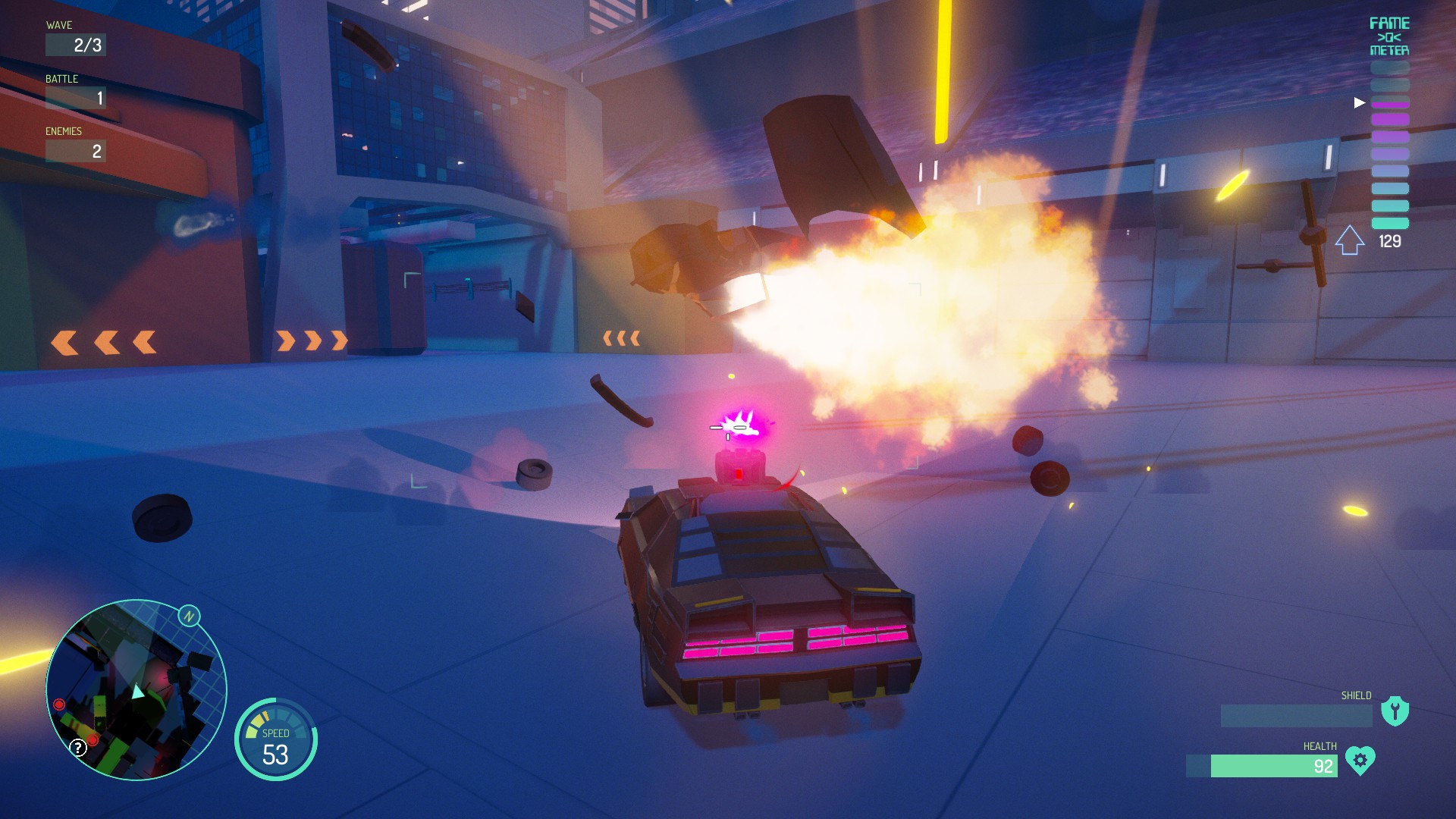 The waters are shallow!

So far, all features are implemented in a very bare-bones manner, just enough to register as present. There are only two arenas to fight in, with very little variety from match to match besides randomly spawning and despawning powerups to obtain more potent weaponry. So far, there is also only one playable car. Players survive waves of enemy cars until you die, spend the gained experience points on permanent upgrades, and repeat. 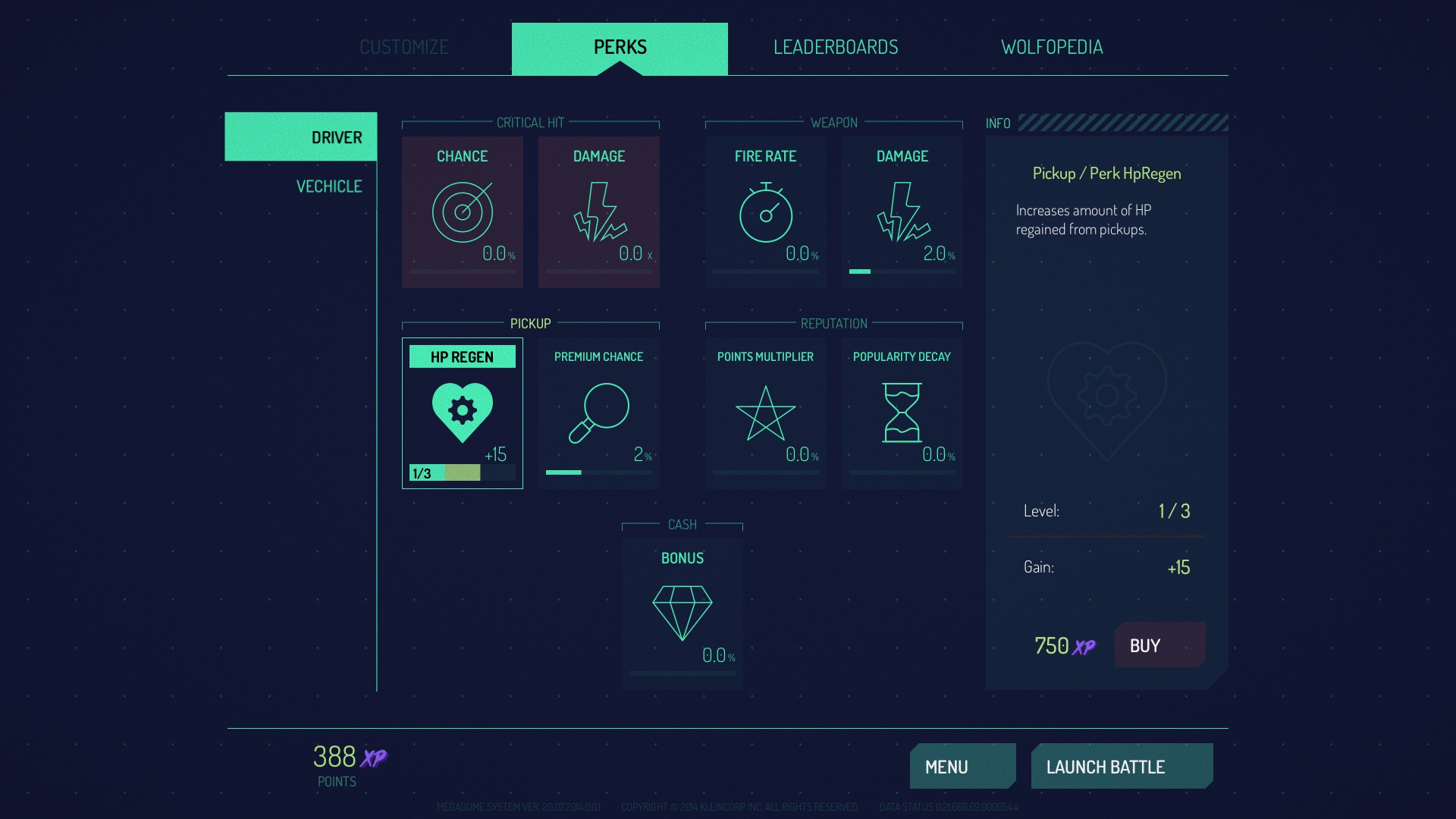 Within those two levels, a few traps wait for the player to use them against their pursuers. As the AI cars tend to strongly prioritize both shooting at and following the player. This actually works somewhat well, but the flipside is that the rather simple artificial intelligence neither knows how to attempt to use traps by themselves, nor do they engage in much else other than trying to reach the player, or shooting towards the player from the opposite end of the map. Your opponents also seem to play by different rules than you, typically with much wider firing arcs so they don’t have as hard a time orienting towards a fight. 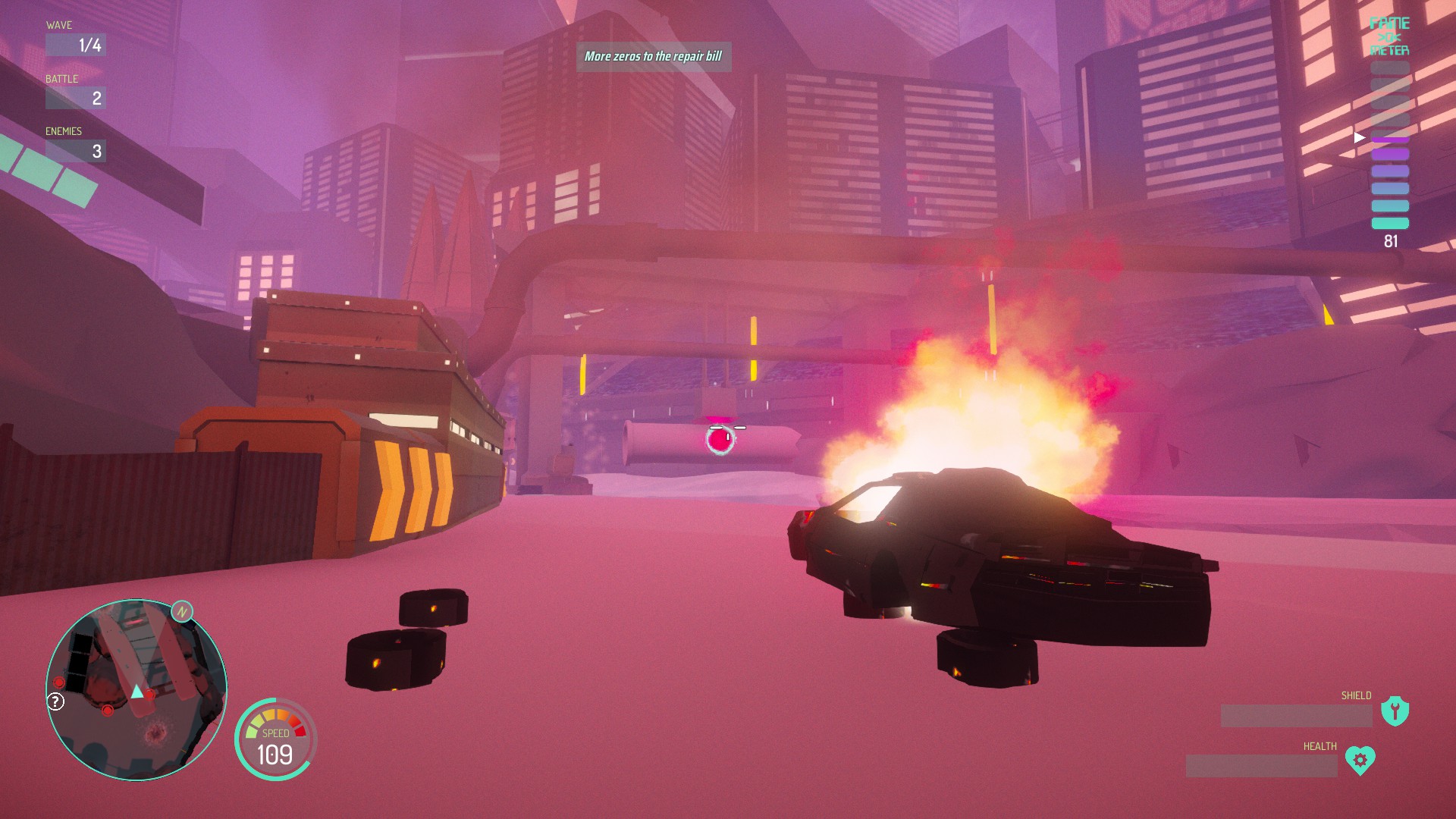 The controls similarly are functional, but by no means convincing. Maybe once full controller support is added, it’ll be possible to move with precision and purpose. 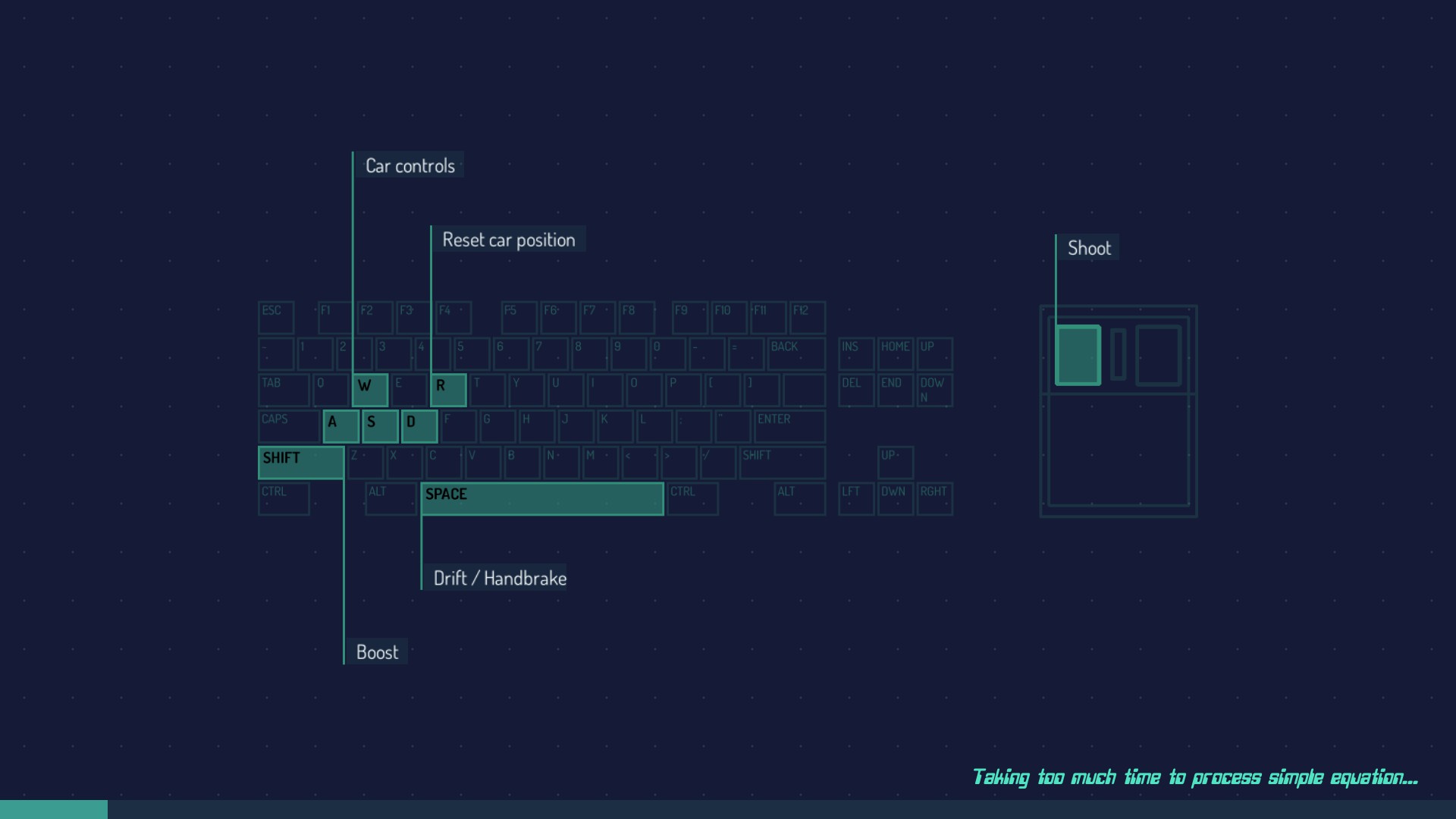 As you can imagine, there’s also not much refinement of the gameplay balance to be seen yet. Survival depends on a slowly-regenerating shield that prevents harm to the health bar, which is not so easily replenished. In practice, grinding for upgrades consists of waiting out this shield recharge hidden behind obstacles that the AI does not know how to reach.

The developers plan to add a lot of meat, like a campaign mode, but considering the dome setting, it will likely not offer as much variety as an Interstate ’76 story playthrough. Besides the trailer on the store page, there is no trace of Kung Fury-esque humour yet, either. Additional arenas, cars, opponents and weapons should help as well, but ultimately core gameplay improvements and polish are needed to make Nightwolf worth your while. 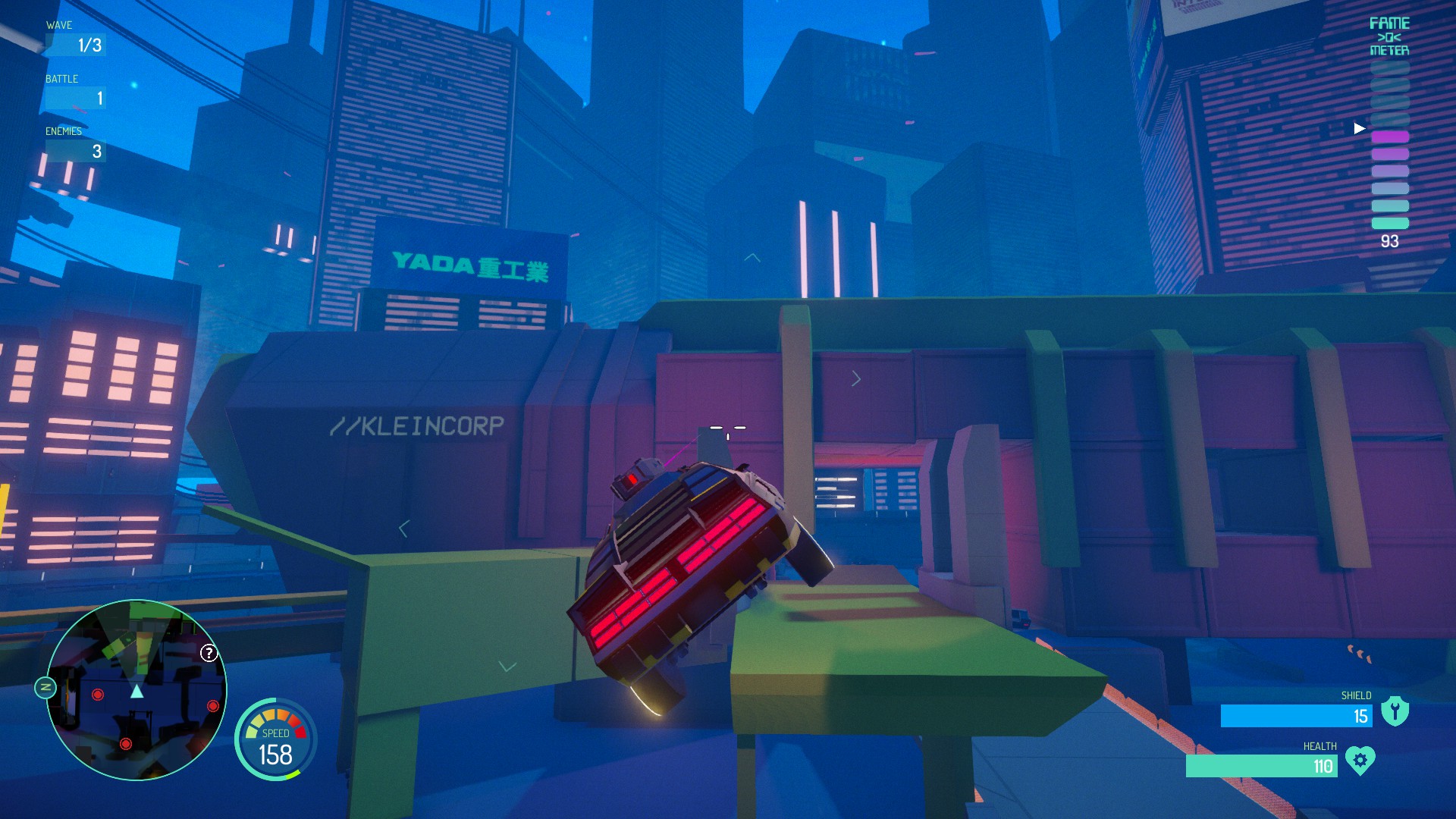 Functional Steam Achievements and a player leaderboard are already in the game. There are no Cloud Saves or Trading Cards, and Full Controller Support is some way off as well. 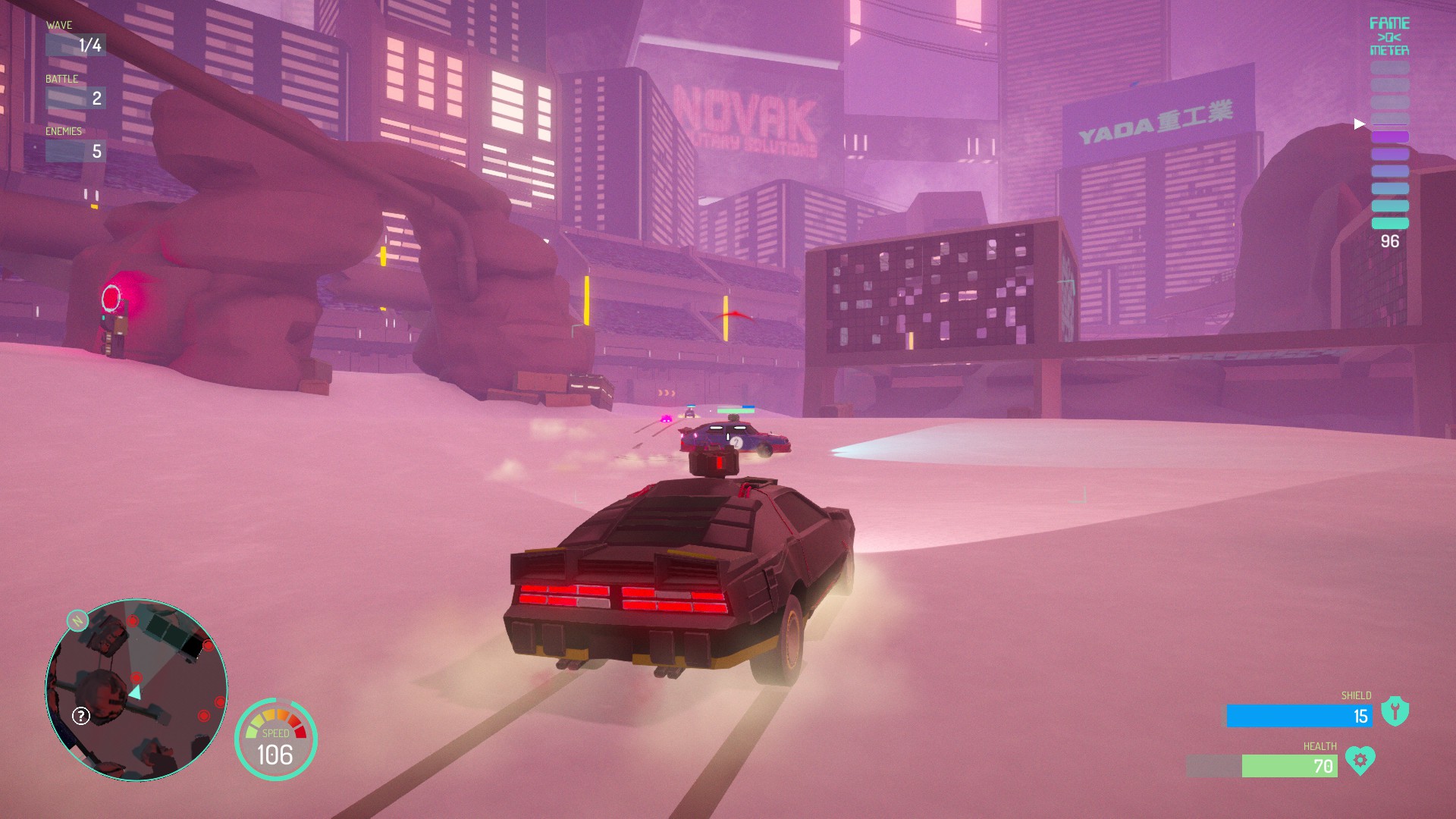 In its very first versions, the game content pretty much feels like a working prototype – functional, but a prototype nonetheless. A first playable draft for a game that could exist in the future; a far cry from the Sony PlayStation titles it wishes to pay homage to.  There is promise, but not enough for a full game as yet.