The most unique sci-fi space exploration game that I’ve ever played.

Scavenger SV-4 is one of those obscure indie games that has seemingly come out of nowhere. This has probably happened due to the lack of a marketing campaign, or simply due to the fact that it’s a type of game that doesn’t really appeal to major audiences. Nonetheless, I’ll just go right ahead and say that this is one of the most unique games that I have ever played, and I’ll even go as far as to compare it to Elite Dangerous, in terms of the sheer sense of wonder, exploration, and discovery that it brings to the player.

This is one of those games that is kind of hard to fit into a specific category, mostly because it’s an exceptional game that mixes elements from various genres. However, I do find that the game’s description on Steam to be rather accurate, Scavenger SV-4 is indeed what I’d call an “atmospheric first-person science fiction game”, one which also has combat and resource management elements. 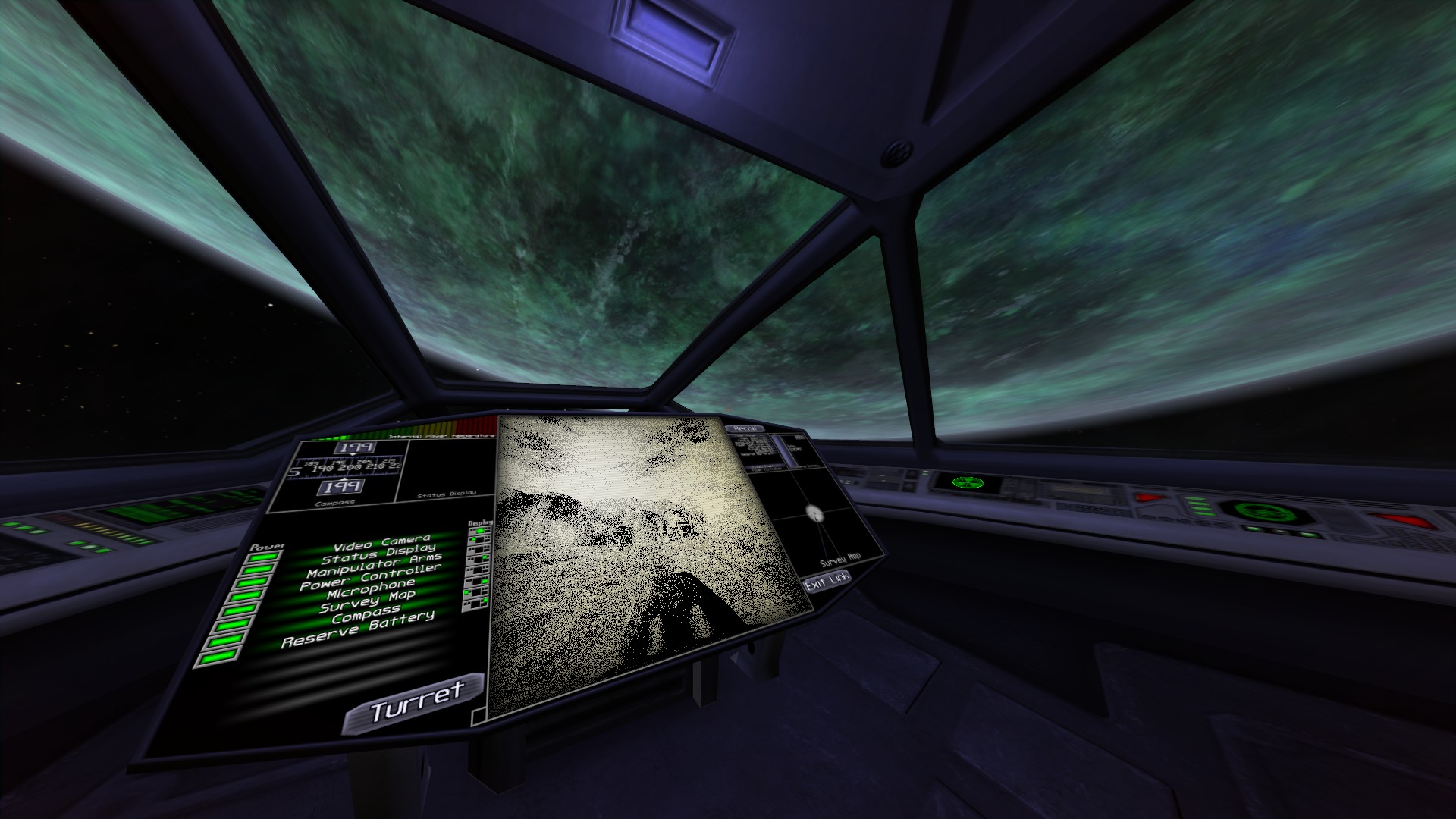 The idea behind the whole game is pretty simple, you’re the owner of a small spacecraft and you’re on an expedition to an uncharted alien world in search of alien artifacts, either to become rich and famous, or to further the advancement of Humankind’s technological knowledge. With that in mind, the thing that really sets the tone for the game’s atmosphere is the fact that you’re alone, surrounded by endless nothingness, but most importantly, that you have no idea what awaits you at the ground level.

This planet seems to be randomly generated everytime you start a new playthrough, and this means that you’re bound to run into things that you didn’t run into in previous runs, that’s the type of game that this is. Still, level generation is rather well done from what I’ve seen so far, with different planets having a mix of valleys, plateaus, and other types of terrain, as well as a bunch of alien structures which you’ll be able to ransack for alien artifacts. 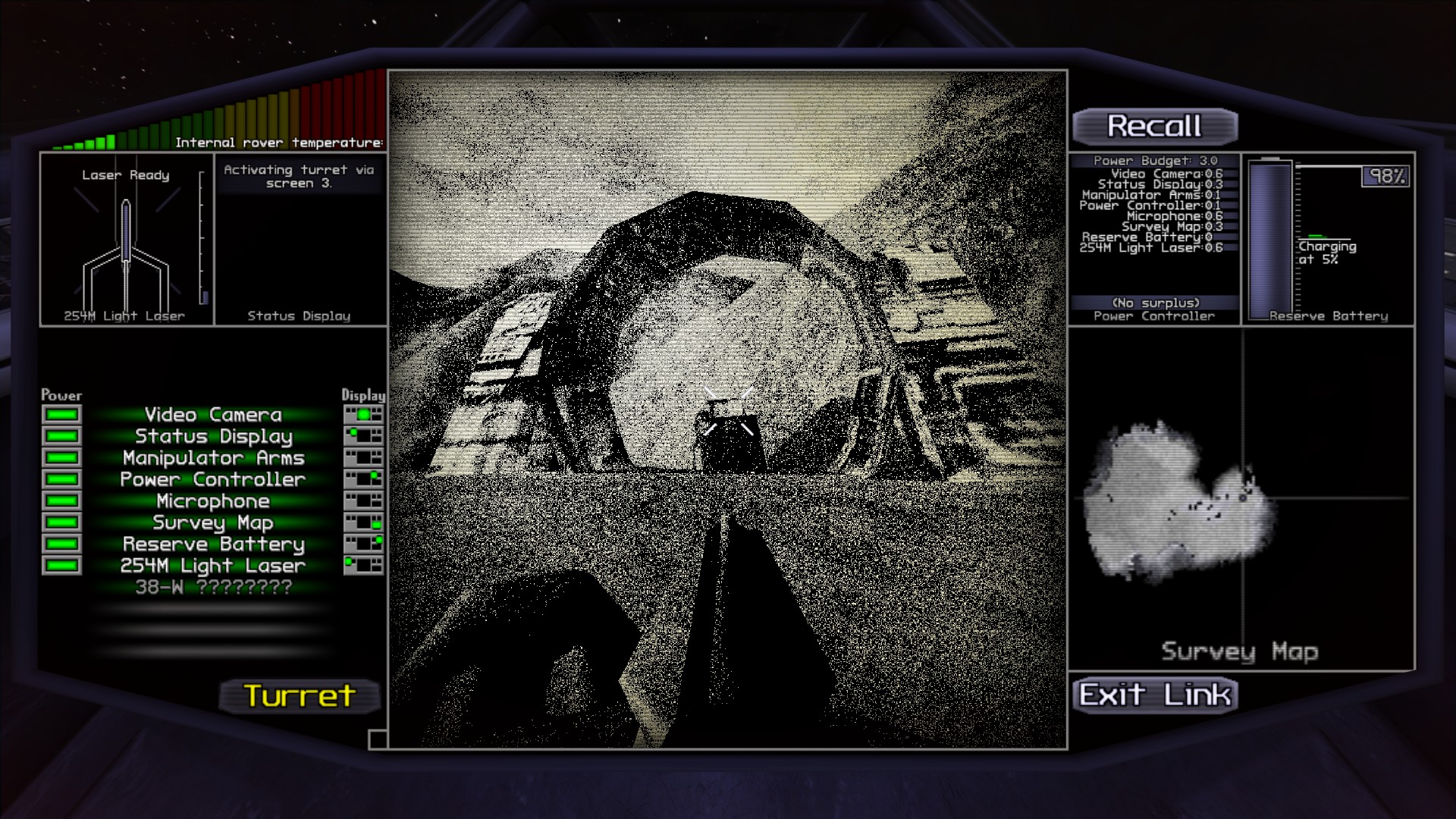 The trick about the game is that, you can’t just spend an endless amount of time exploring the planet and looting, and that’s because the planet is highly radioactive and the more time you spend in orbit the more irradiated you’ll get. Fortunately, you can scan yourself in the med-bay and remove some of the radiation that you have on your body, but you’ll never be able to stop its growth. This means that, at its very core, the game is all about working on a tight schedule, you’re slowly dying, and you only have a certain amount of slots to store things on your ship and your rover so that you can take them back home, so you have to learn the best ways to manage your time and make the most out of every spare second.

The cool thing about this game, is the fact that you don’t actually go down to the planet, well, not your human you at least, instead you’ll be remotely controlling a rover that can be equipped with a wide range of equipment. The fact that you control your rover remotely, ties directly to the time management aspect of the game, since you can go around the ship fixing broken terminals, or identifying alien artifacts by researching them in the science lab, while the rover is automatically descending to the planet’s surface or ascending towards the ship. If you’re like me, and when you send your rover down for the very first time you’ll go look through the ship’s windows, you’ll be surprised by the fact that you can actually see your rover leaving the ship, entering orbit, and coming back inside through the airlock once you recall it from the planet’s surface. 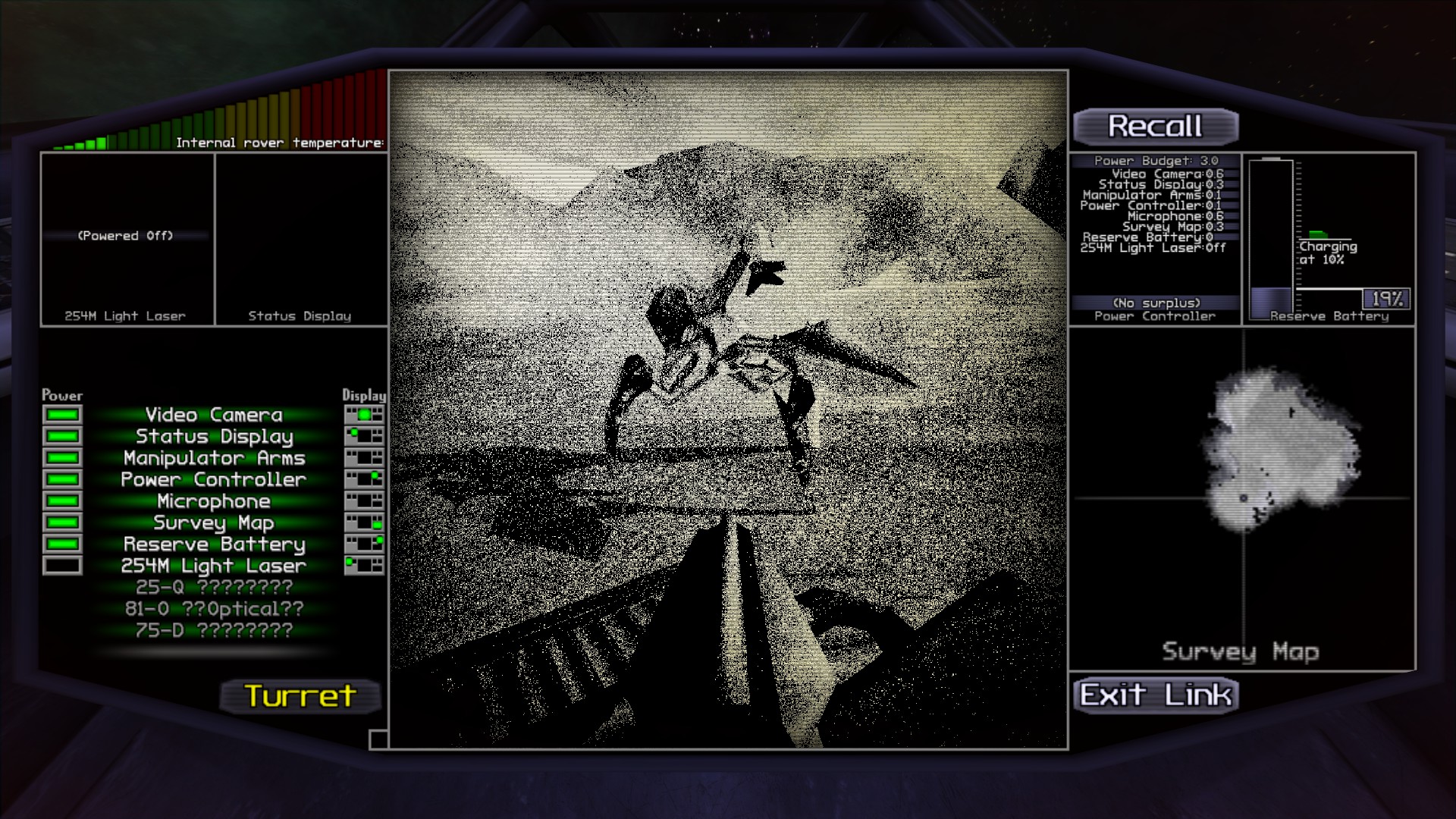 Now, when your rover is down on the planetside, that’s where the real fun is. The game doesn’t provide you any indications on how to play, and you’ll come across all sorts of weird looking things which you can interact with your manipulator arms, and artifacts that you’ll have no idea what they’re for. This trend will also follow your first few times in the ship, when you scan yourself in the medical bay and you have no idea if you’re dying and you should end your journey or if you’re just fine. Personally, this adds a lot more tension to the game, even though the game itself isn’t that tense. The constant feeling of discovery, worry, and excitement always kept me going.

Customizing your rover is also one of the major things about the game, whether you want to go full-on scientific equipment, fitting it with the bare minimum necessary equipment so that you can bring in more cargo from your expeditions, or even outfit it with a bunch of weapons to protect yourself in case something hostile shows up, the game totally allows you to do so, assuming you can power these modules. The game doesn’t hold your hand, you can completely strip your rover of every single part, you can send it down to the planet without a camera feed, a map, power management tools, weapons, you name it. This makes it so that there are plenty of possible combinations for players to try out, and there isn’t really a wrong way to play the game. With that in mind, having modules activated will drain your rover’s power reserves, but you can easily switch them on or off on the go, and luckily you run on solar energy, so you’re able to charge up your batteries by simply standing still. 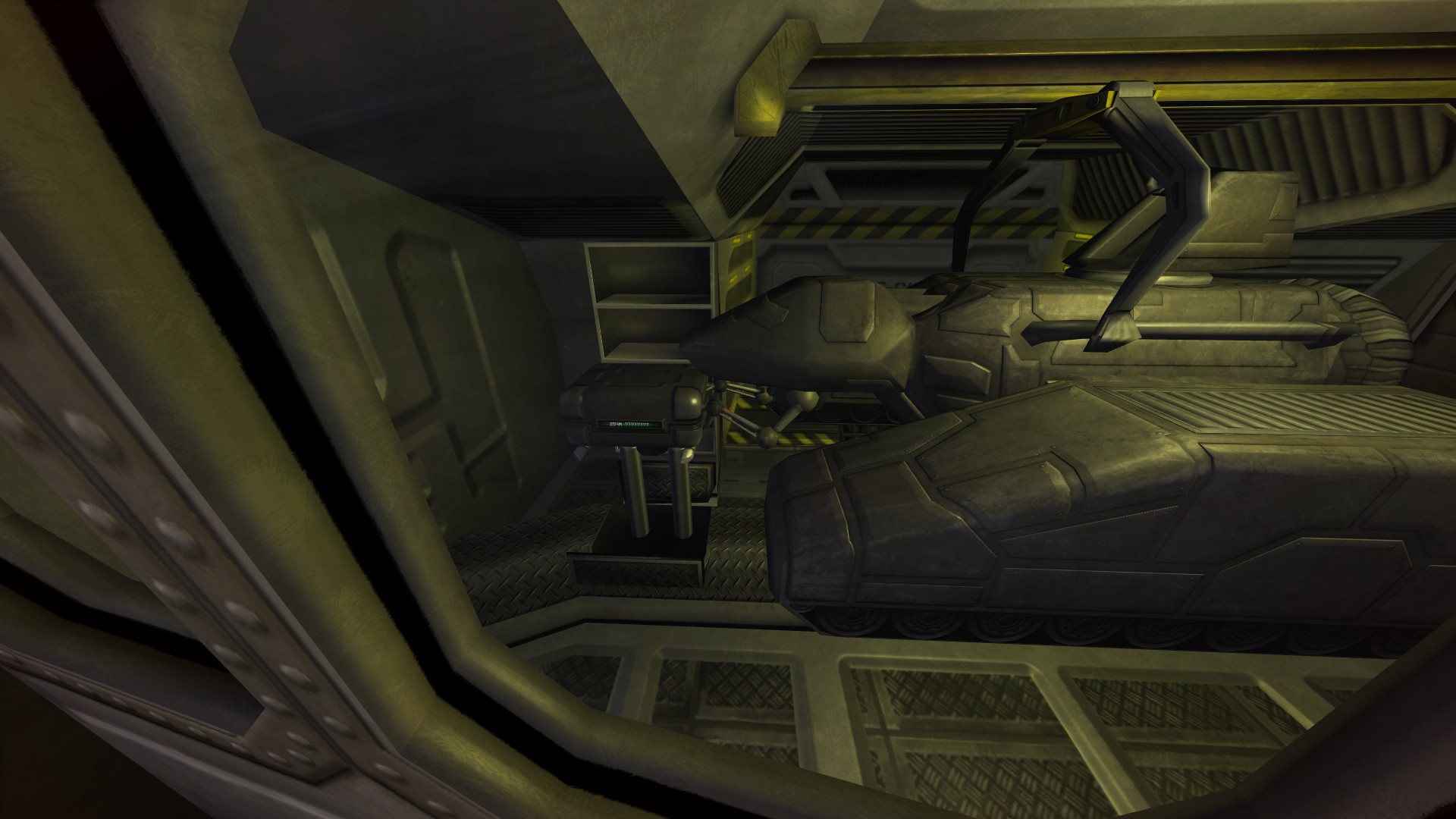 The objective of the game is to essentially get as many things as you can from the planet’s surface and leave. The more things you have, and the more expensive they are, the more points you’ll gain at the end of each run, but your final points are also determined by how much you explore the planet, and by the condition of your health. This means that, while prolonging your run might allow you to get more things, you’ll end up suffering from higher levels of radiation, which directly damages your final score. Since you can end the run whenever you want to, playtime can vary greatly, but if you’re trying to extend it for as much as possible while also keeping your health in check, I’d say that you can almost achieve 2 hours in a single run.

The game is extremely intuitive when it comes to terms of controls, even if at first sight screenshots of the game might indicate otherwise. The game’s various interfaces have a very retro sci-fi look to them, but it’s extremely simple to interact with every system in the entire game. The left mouse button allows you to interact with any terminal aboard the ship, while the right mouse button serves for backing out of whatever you’re interacting with. While controlling the rover, you can also easily assign different parts of the screen to a specific module, changing the camera feed of the rover from the center of the screen to a little square in the top-right corner is simply two clicks away.

It’s also worth pointing out that, despite the fact that the game certainly looks somewhat dated, the game’s performance is quite erratic for me. There are times when the frame rate drops quite a bit and stuttering becomes noticeable, but this pretty much only occurs while you’re driving the rover. With that said, I must admit that this induced stuttering combined with the static from the rover’s video feed, actually makes the whole thing look a lot more authentic. 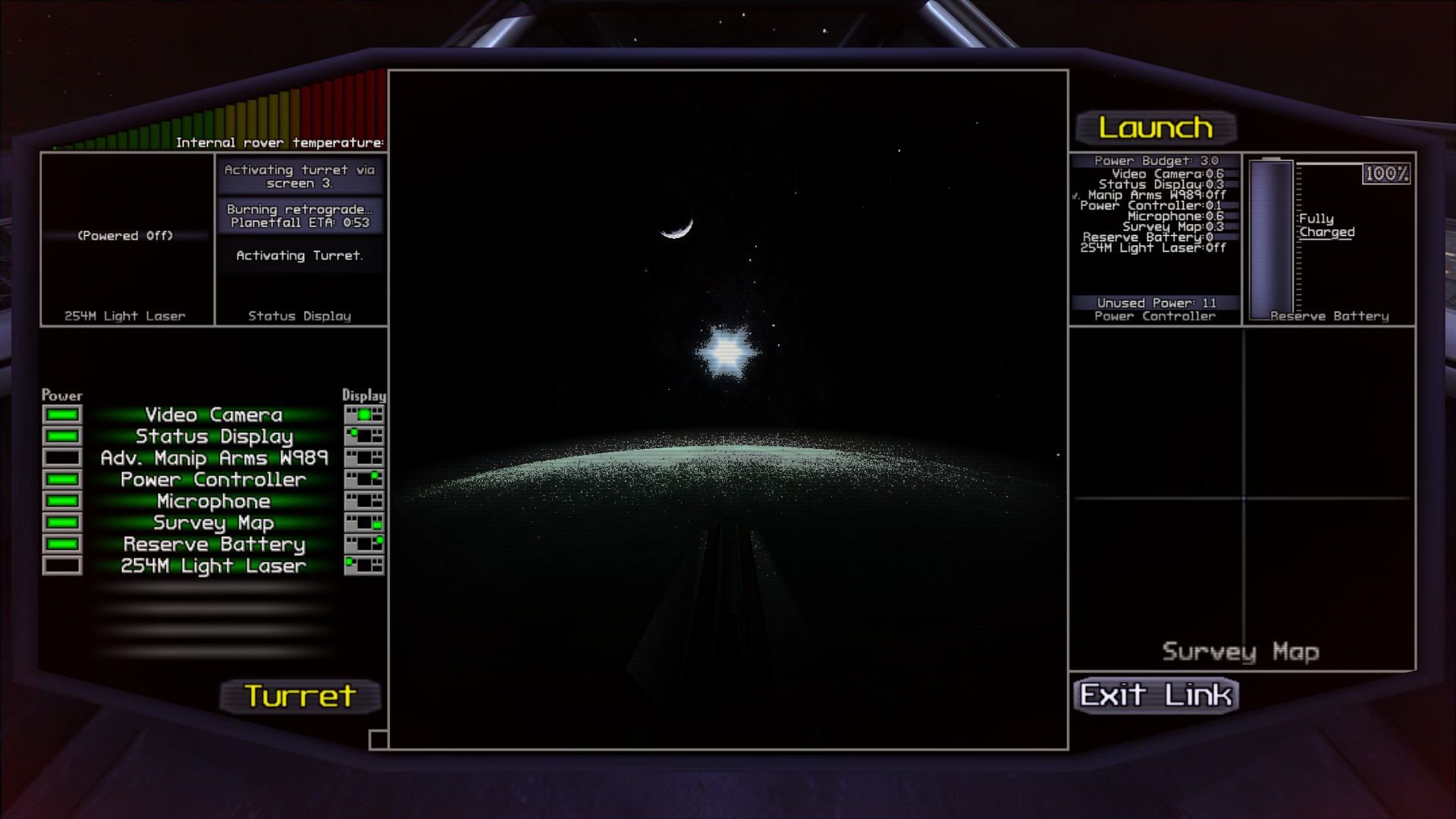 At the end of the day, despite how much I enjoy the game right now, I imagine that after a few more hours the novelty might start to wear off. With that mind, in the long term, this might not be that much of a concern if you’re someone who likes to try and outperform your previous runs score, but if not, even then I’d still say that this is still damn worth getting. If someone were to ask me why, I’d just say that it’s because it’s innovative, it’s unlike anything that I have ever played, and it has plenty of surprises. Even though there’s is no dialogue in the game, by the end of each playthrough it actually feels like you were part of a narrative, and that is clearly evident when you end your expedition and the game gives you a rundown of what you went through and how your return ended up. This is one of those games where the little things really make the game worthwhile, at least for me. It’s a game that can be played at whatever pace you desire, you can absolutely take your time and enjoy the uncharted surroundings in this quiet, but also quite unsettling, space voyage.