Should I go with the plan or try to sabotage it?

With Late Shift, every choice you make matters. Some choices can range from big to small, with big ones generally seen as the one decision that matters. However, those small choices, such as simply helping a stranger with directions, build up who you are as a character as much as those big choices do.  The very person you are now and who you will be in the future is shaped by the choices encountered every day.

Matt, our protagonist, just starts his day like any other, catching his train and clocking in to work as a car-park night guard.  You begin by making little choices here and there till the meat of the story kicks in during his shift. It just so happens that a group has planned a heist to steal a getaway car on this very day. Unluckily for them, the person tasked to get that car was not inconspicuous. And well…didn’t do too well at avoiding injury either. Matt is quickly sucked in their scheme to steal a valuable antique rice bowl. With the hesit plan requiring four people, Matt has to unwillingly be the fourth person to carry it out. 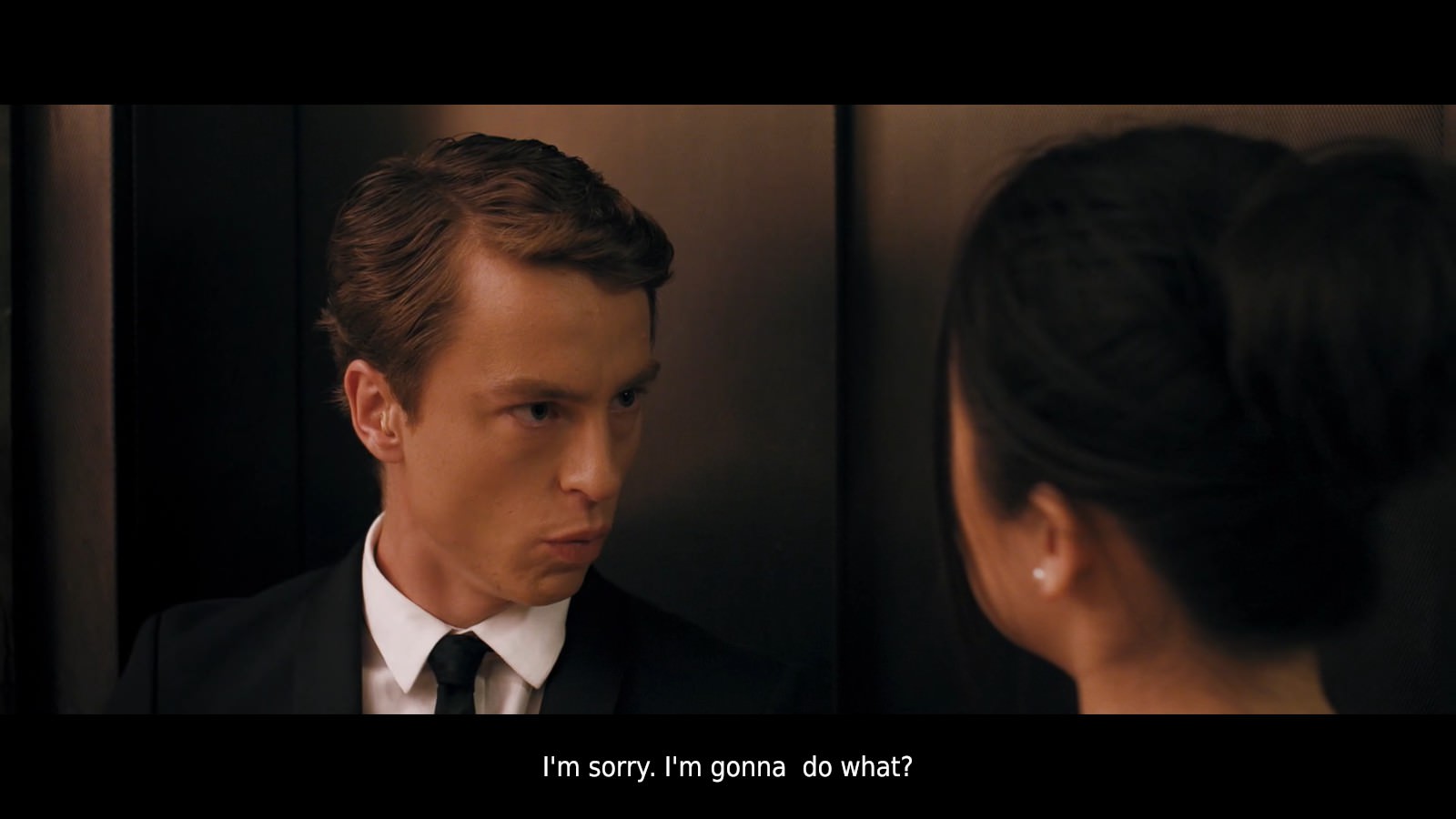 Late Shift is well shot and acted, making it feel as if it could have very well been a movie rather than a game. In fact, a single playthrough is about the length of a movie with good transitions between each shot, although there were a couple of weird ones that felt like it could have been better if they we a little bit longer. This is especially true for the ones that cut off lines.  Though, these are mostly due to having a choice selection originally. The acting does quite well and even occasionally has a few great moments, especially with some of the minor characters.

Each choice you make does impact how Matt turns out, what ending you will receive, or some dialogue changes. The main story will not change, as Matt still has to go through the major beats, but everything else can be changed. The demeanor someone will have towards you, how Matt acts, and what information Matt actually receives for example. Even small choices can come back to haunt you. You can have Matt embrace the heist lifestyle or try to fight against it. There are a total of seven different endings that you can achieve, with some going in different directions than the last which can reveal chapters that you haven’t seen yet or demeanors Matt didn’t develop in other playthroughs. 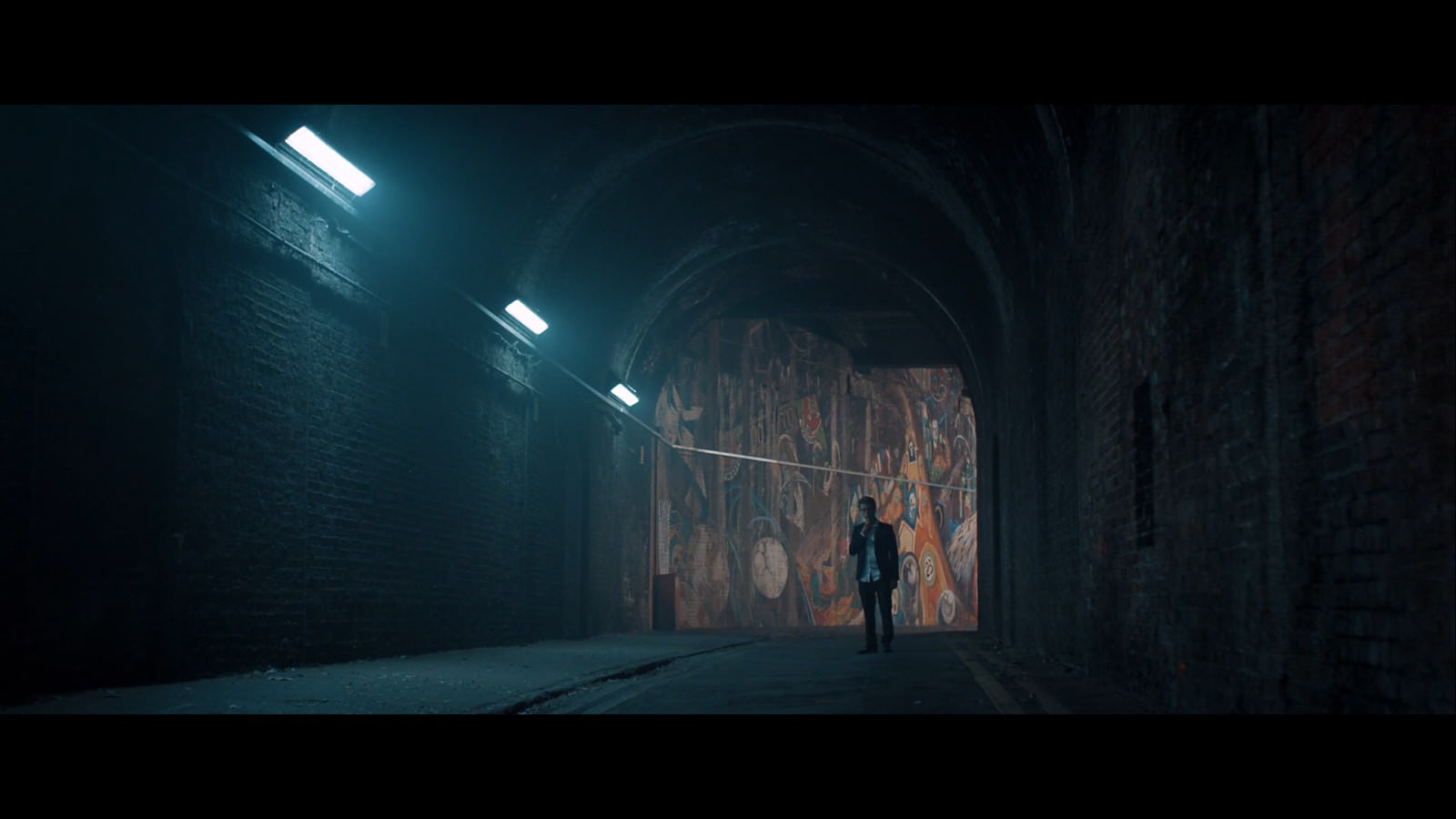 The choices you make are more based on a split decision rather than something you think through, unlike Life is Strange where there are choices and a fast timer ticking, which is faster than ones you see in Telltale games. I even missed a couple despite not having much trouble with the timers presented with Telltale. However, this does cause problems for those that can’t react fast enough or can’t read fast enough as the game will make the decision for you. You can get into the pause menu during this, which is the best way to get more time as there is no setting to make it easier for those that will have difficulty with this fast paced choice game. 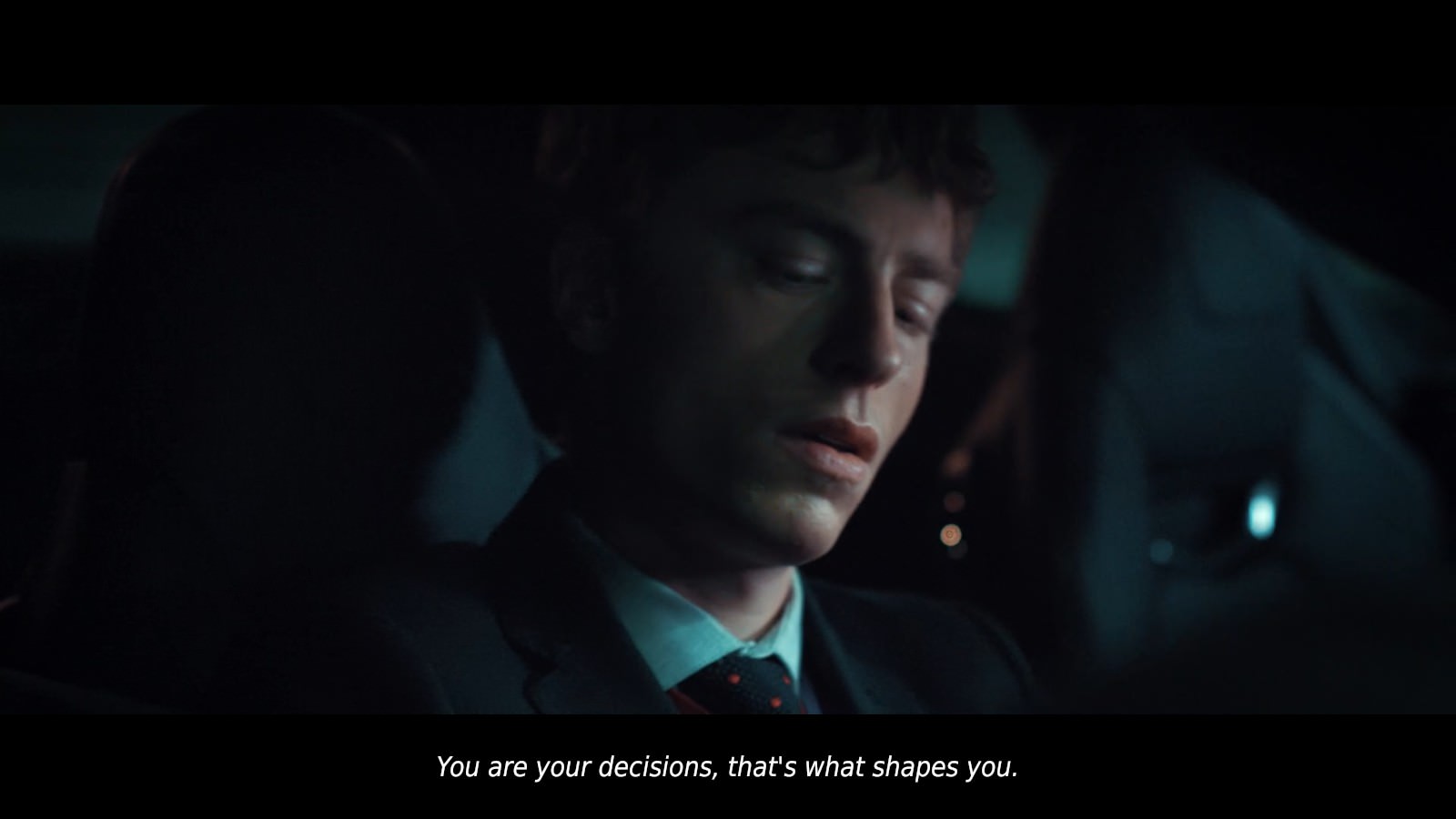 After a few playthroughs and getting to know the different scenarios, some plot holes do become noticeable. This really isn’t a good thing considering we stay with Matt the whole time and we have to find out what he knows to understand the story. An early one is that Matt will know how one of the members got injured no matter what scene you get, despite only one of them showing Matt having the time to search the area. They are not really bad plot holes that truly ruin the experience, but it does raise some questions that could have been fixed with filming another scene to fill it up. 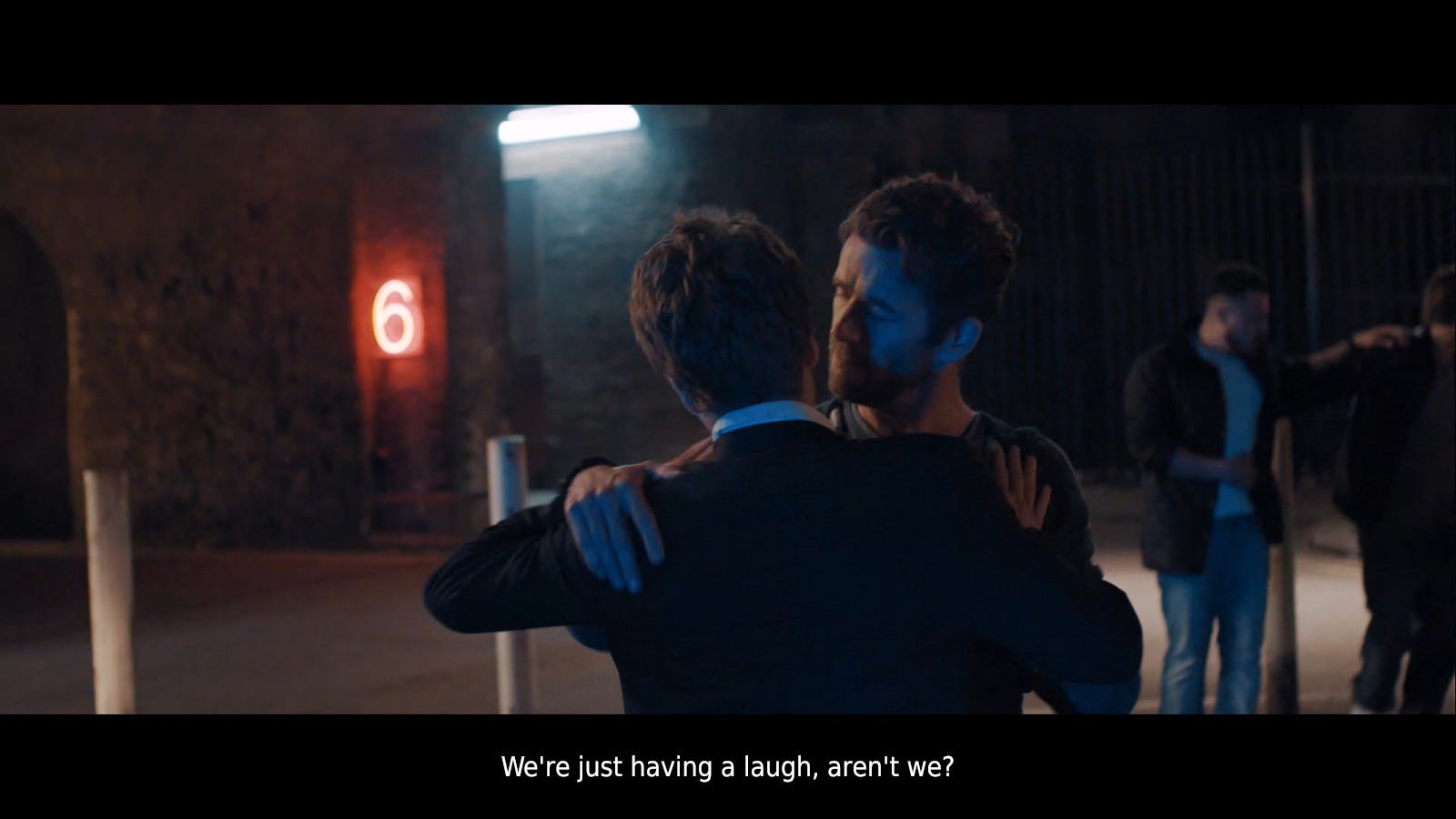 One of the main problems, which a number of people have voiced about as well, is there is no way to at least fast forward long scenes nor is there a chapter select. The first two or three replays are not that bad, but it can get stale afterwards and become a chore to get more endings. It would help a lot in replayability if you were able to have a fast forward option on the longer scenes that you already saw or include a chapter select after finishing your first playthrough. It wouldn’t be far off as the game can already detect when you finish your first playthrough and which chapters you already saw with saves only beginning at the start of the chapter. With it being 9-10 months from the time I first wrote a preview to now, with this first final release, I sadly don’t see the option being added. 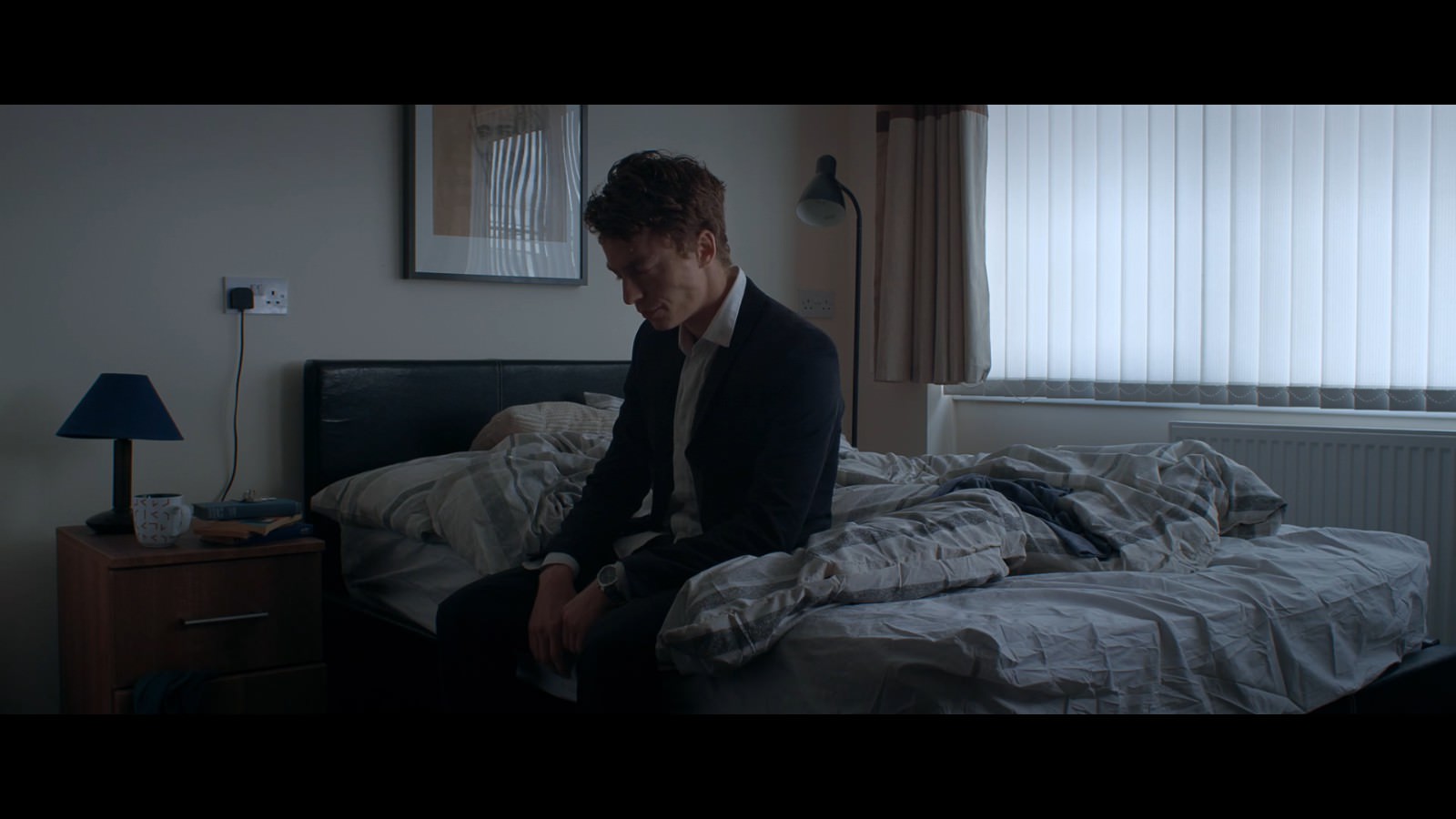 Late Shift is an overall decent FMV. This is not the best that is out there, but it is still one that has good acting and is shot well. The story only has plot holes that show up after repeated viewings and there is the option for multplie playthroughs to see if there is any way to get Matt out of certain situations. However, without any way to fast-forward or select chapters, the replayability that is encouraged, at the same time, is also discouraged. It does get tiring to watch the same long scenes just to get to that one ending and downright not worth it to see what each choice (that don’t directly drive you to one ending) does differently than what you originally picked. From what Late Shift set out to do, it did it while making an interesting thriller storyline that I didn’t regret watching and participating in. If there are any planned future games (more specifically FMVs), I hope they learn from what didn’t work out here and set out to do even better.