There are games coming out lately that strive to be as big and expansive as possible, but it’s a fact that sometimes the smallest things can still be quite fun. Fishing Cactus proved this with their last title, which was based around typing. It brought in things like elemental powers, combos and such, but ultimately it was about typing words quickly. Algo Bot is a similar idea, and comes down to doing one action itself.

You star as the titular Algo Bot, brought to life by another, snarkier robot on-board a junk-hauling space-ship. Naturally your job is to do anything the ship’s living inhabitants don’t want to do, which is a fair amount. You’ll start just moving down a path, but soon have to turn around, flip switches, and carry objects. It’s not too long in the game before something goes wrong though, and you’ll work turns serious, but despite that Algo Bot‘s a pretty light-hearted game with a lot of humor. That makes it a nice contrast to Epistory, which was mostly melancholic. One example of this is that after following the robot’s directions to pick up trash and deposit it for all of the first world, the next has you picking him up and carrying him the same way. 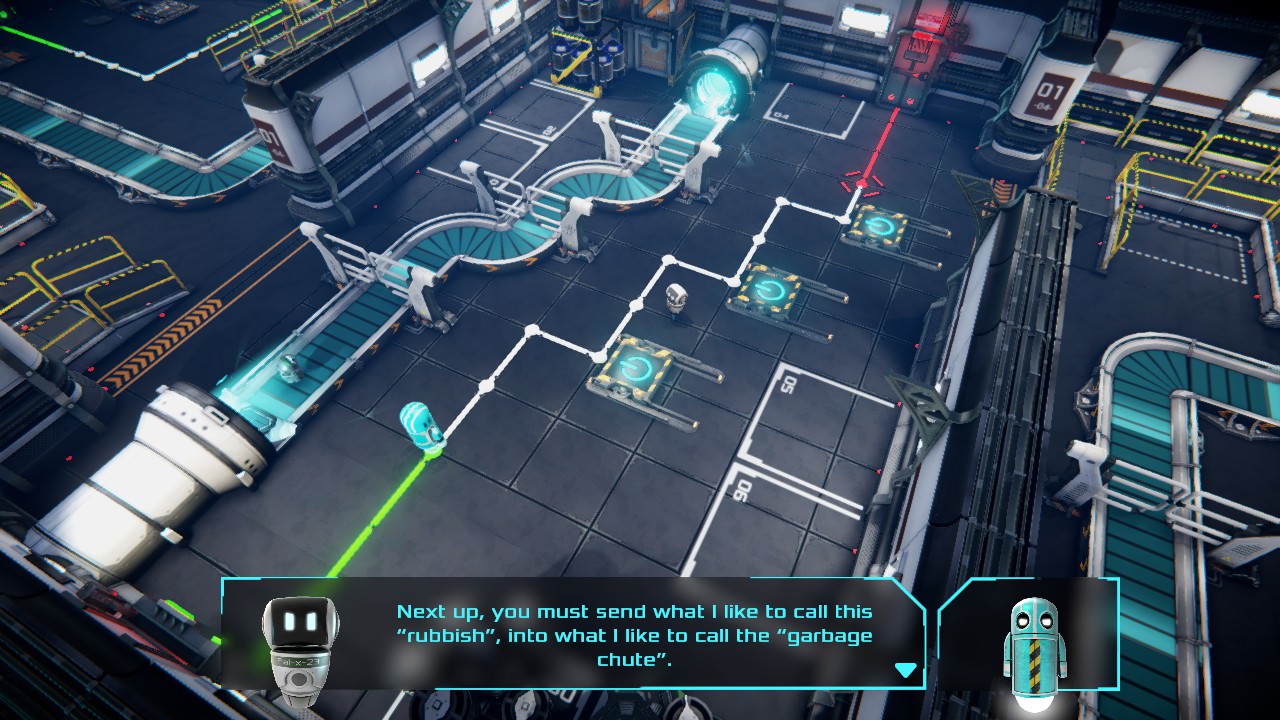 …but someone has to do it.

You accomplish these tasks with a simple click-and-drag interface of various commands: turning, going forward, and context-sensitive actions are quickly introduced. I found it very easy to control, and to tell what a given command would make Algo Bot do. It’s also fairly easy to correct mistakes when your solution isn’t quite right, as you can put commands in-between others when you need to. 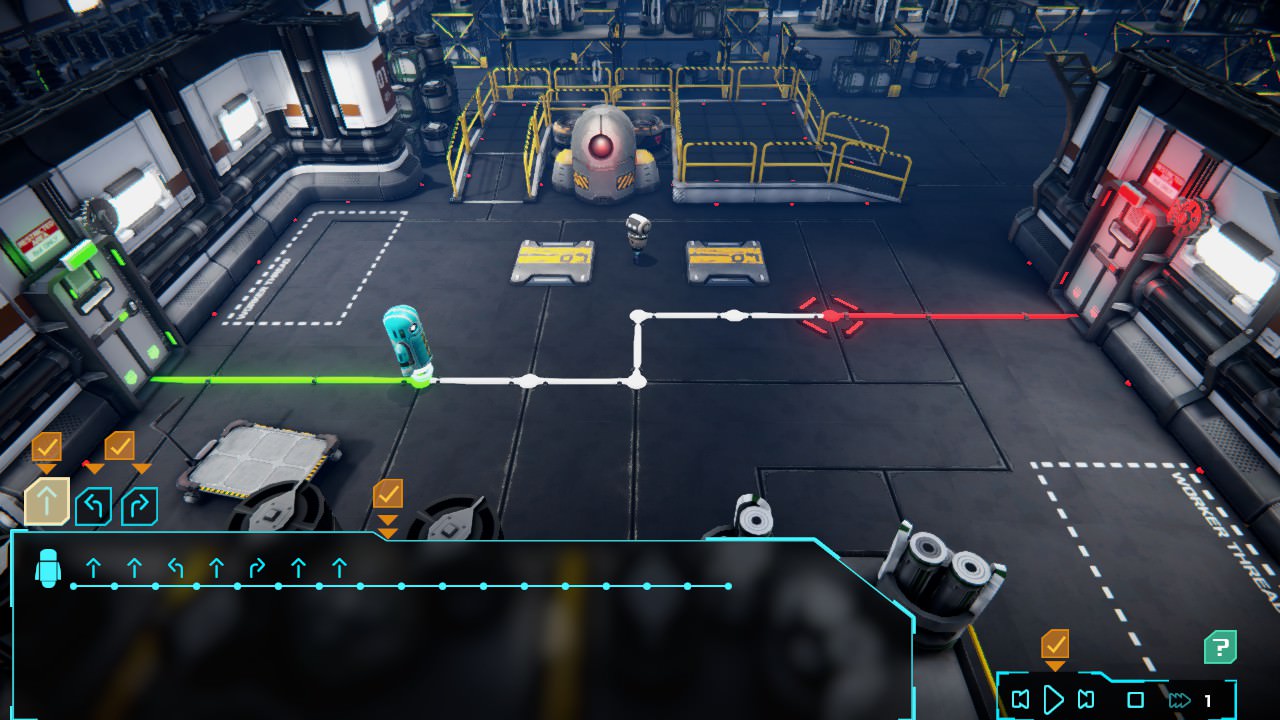 Other than inputting commands manually, the game quickly adds in a new wrinkle where you can stack multiple commands into a shortcut, something that’s often necessary as you’ll run out of room for commands without this feature. It can also really cut down how often you need to put in a command, as unfortunately you do have to drag them to the bar every time. That’s one thing I wouldn’t mind changed, as you can quickly remove any commands you don’t need by right-clicking, but there’s no equivalent shortcut for placing down a command in the next part of the cycle.

My only other complaint is the game’s claim that you can use it to learn how to code. I guess they felt since Epistory had a practical use this one should as well, but I don’t know how many people will improve their coding just by dragging commands into a particular order. I don’t know much about coding admittedly, but I’m aware there’s more to it than that, and if you’re trying to learn it there are probably better ways. 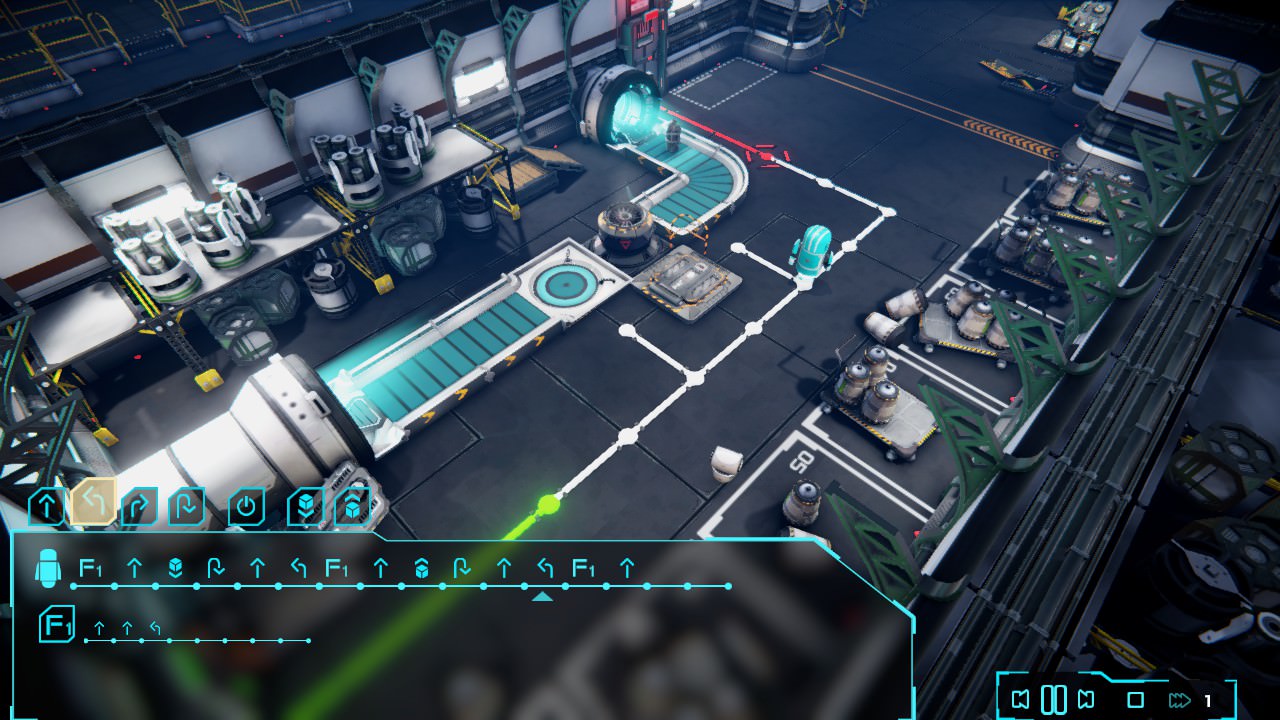 Overall, Algo Bot is a fun puzzle game with a decent look and a good difficulty curve. It falls into that category of games that are not too hard or annoying but not too easy either. I give it a Save, pick it up if you’re after a new brain-buster. 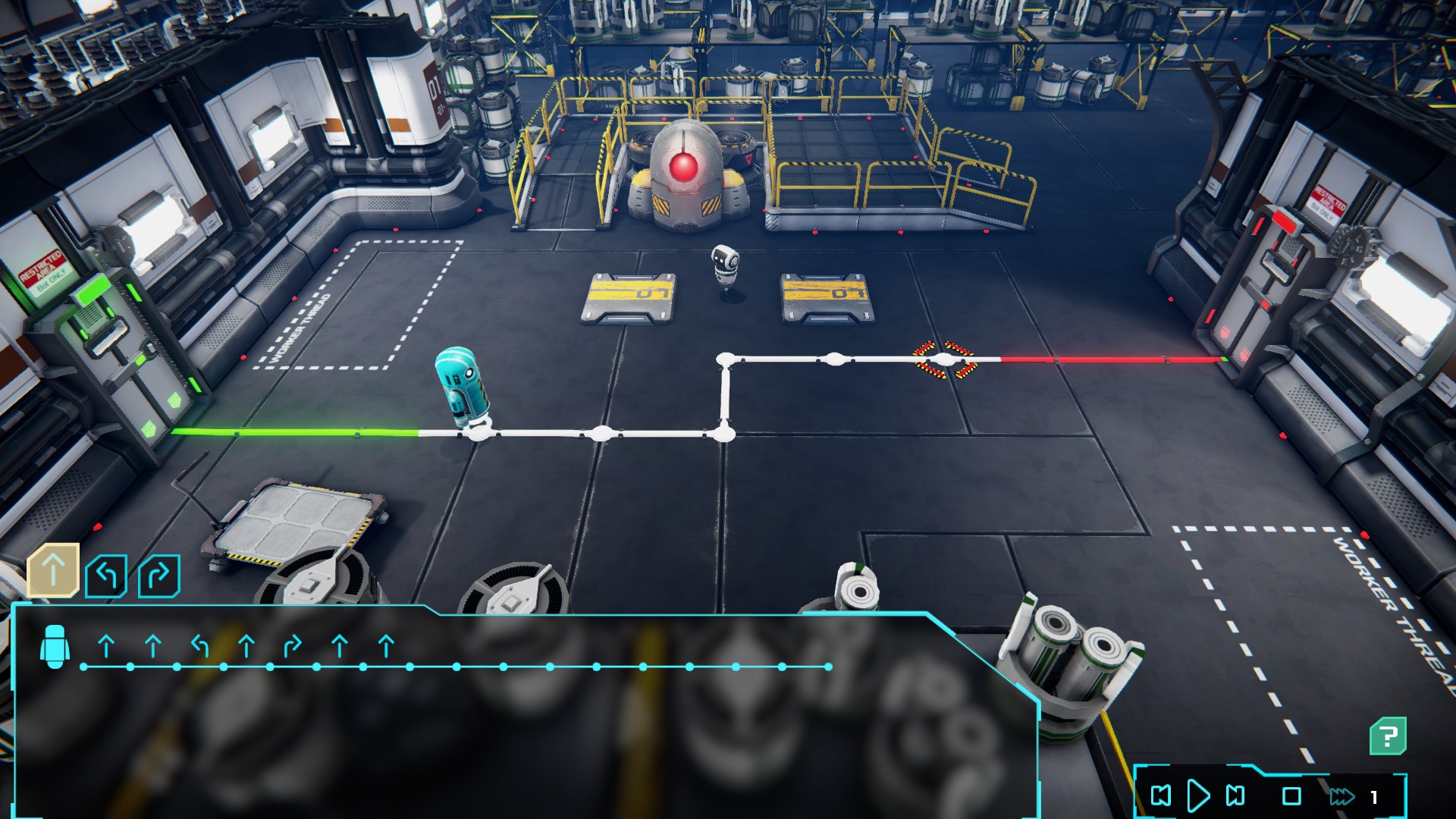 If you’re still reading, you have the chance to win a free key for this game if you’re quick! To claim your prize, please subscribe to our YouTube channel then contact JimDeadlock#0106 on Discord and say the password “Beep beep!” While you’re there, you can join our very active general chat channel and shoot the breeze with us about games or anything.